Wycombe travelled to Ibiza to participate in the San An Cup, which was a pre-season tournament involving themselves, Oldham Athletic and San Jose, a team from the island. As part of the deal, fans could travel and have a week's holiday thrown in. I think I paid around £500 for flights, an upgraded hotel and single room supplement. I flew out on Saturday night from Luton Airport and got to Ibiza in the early hours of the morning. As soon as I had unpacked, I went across the road to a bar for a couple of pints before bed. The next day we had our welcome meeting and were handed our tickets for the games. Generally, I spent the mornings and early afternoons in my room watching DVD's, before going out in the afternoon and evenings, for something to eat and plenty of drink, as well as meeting up with supporters of both teams. My main base was a pub called Trevor's Bar, an English style pub that was really friendly, showed British sitcoms and other shows. And best of all some of the Wycombe staff drank in there, including physio Shay Connelly, who was a great laugh. 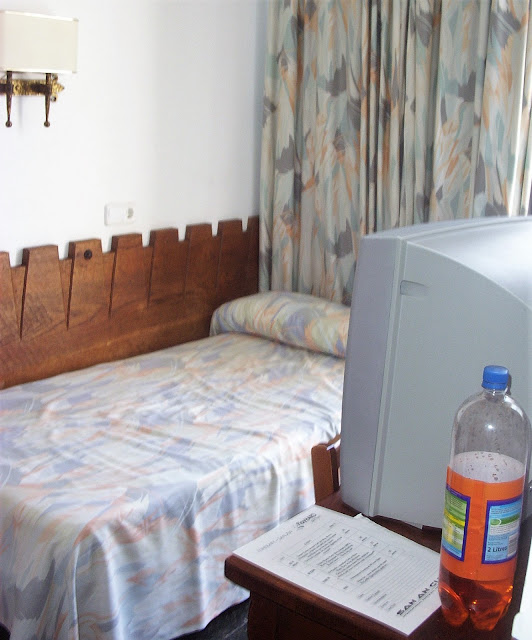 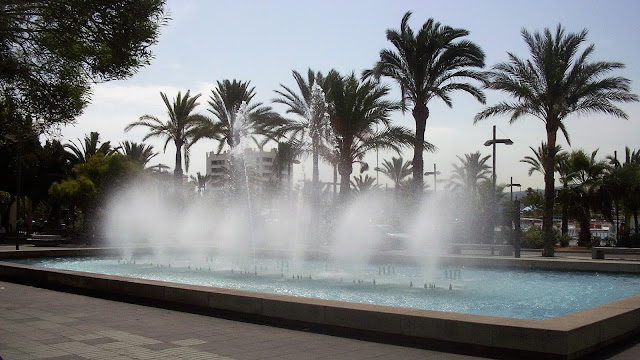 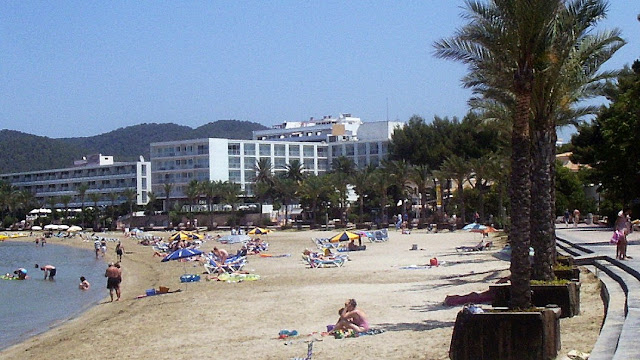 Wycombe's first game was on the Tuesday against San Jose, the Champions of the Ibiza League. This Wycombe won at a canter with goals from Johnny Dixon, John Salako, Charlie Griffin, Matt Bloomfield and Nathan Tyson sealed the win. Oldham went two better, beating the Ibizans 7-0 the following night. A hat trick from Andy Todd, 2 for Chris Killen and one each from Paul Warne and Chris Porter set up Thursday's final. So Thursday came and I woke up with a stinking hangover and turned on my TV. Before my very eyes, I saw devastation back home in London, buses and trains blown to pieces and people injured. It was 7/7, the day religious nutjobs launched vicious terror attacks on London. I went down to the local Irish Pub for breakfast and sat watching the news bulletins on TV, shocked at what had happened. 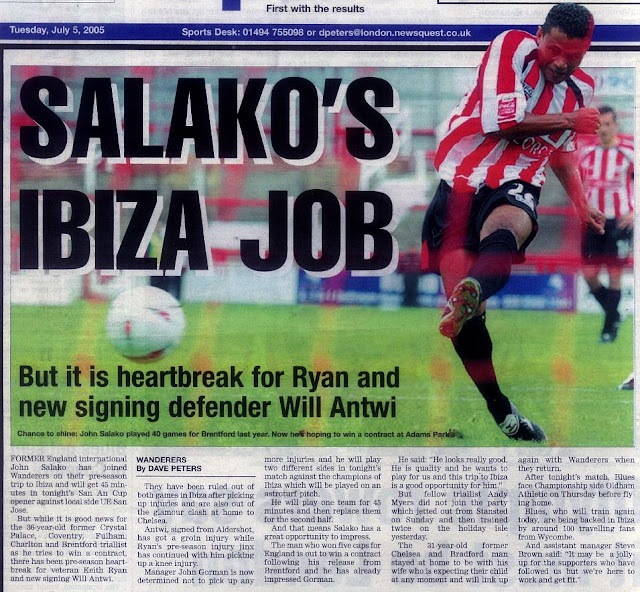 Later that evening, it was business as usual though as Wycombe played their final game of the tournament. Manager John Gorman saved his best XI for the 2nd half and it showed as Wycombe were put under lots of pressure by Oldham and were lucky to be only trailing by the one Chris Killen goal. Luckily they bucked their ideas up in the second half and got an equaliser through Roger Johnson. It was down to the lottery of a penalty shoot out as Steve Williams was the Wycombe hero saving 3 out of Oldham's 4 spots kicks. For Wycombe Matt Bloomfield, Stefan Oakes and Tommy Mooney scored, whilst Nathan Tyson and Clint Easton missed. After enjoying the rest of my holiday it was time to go home. I had enjoyed my week away and seen some good football, as well as making lots of new friends. 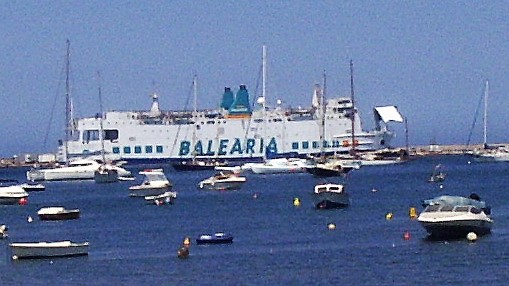 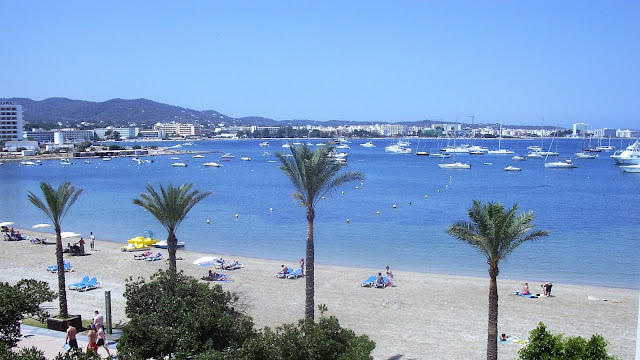 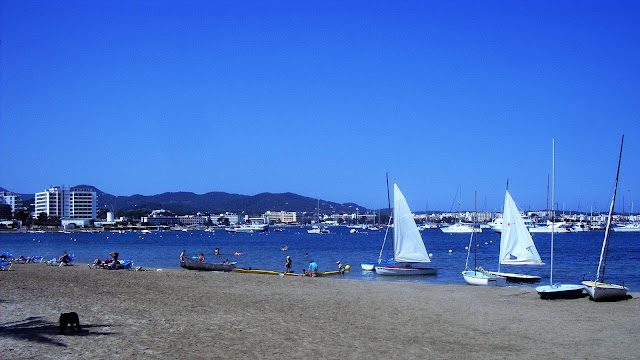 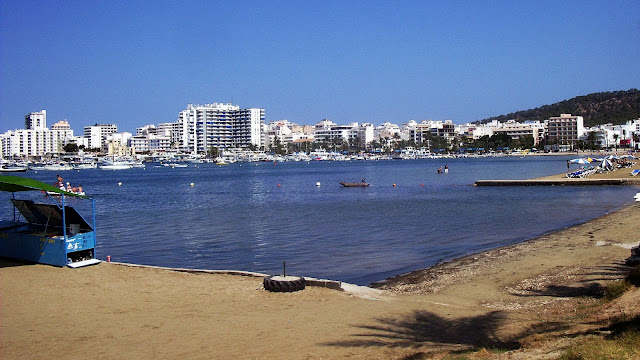 CAMP MUNICIPAL DE FUTBOL is a basic stadium with the only stand being on one side of the pitch. There aren't even proper seats, just concrete benches, but it does its job. The surface is artificial, not that they get a lot of rain around there. The stadium is a short walk from San Antonio Bay which has a whole load of bars and restaurants. 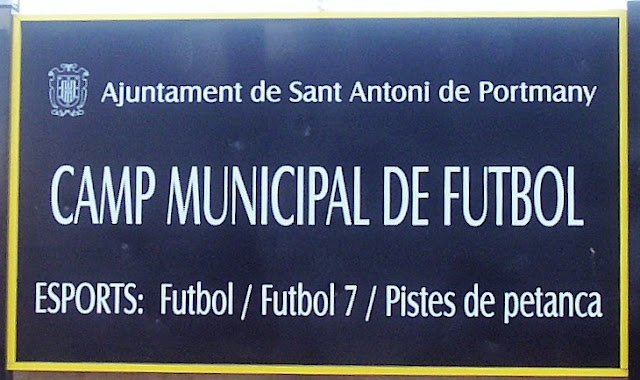 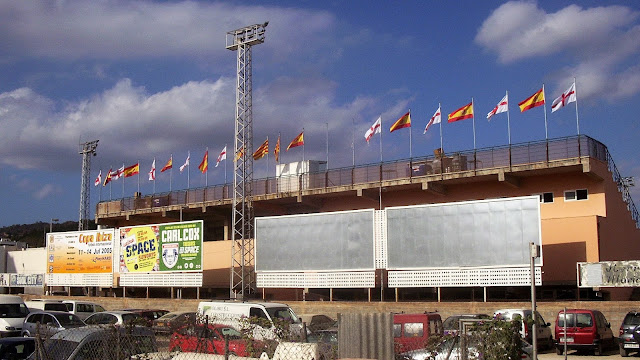 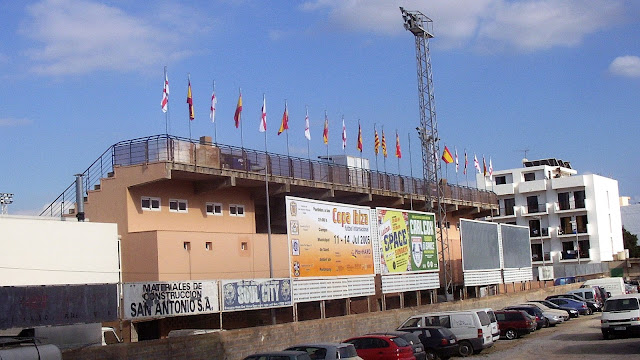 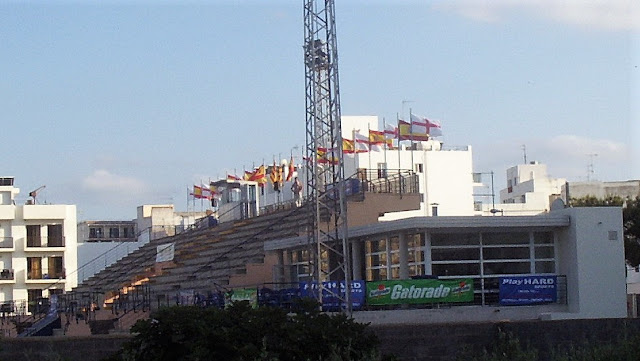 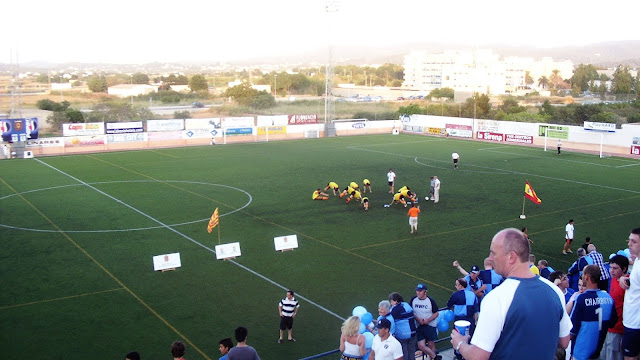 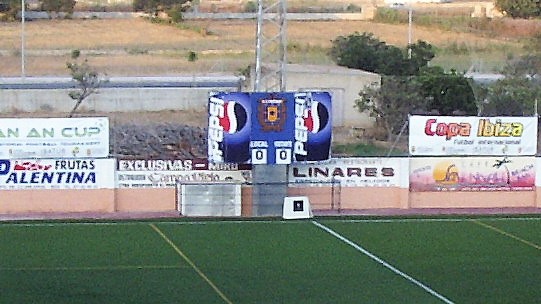