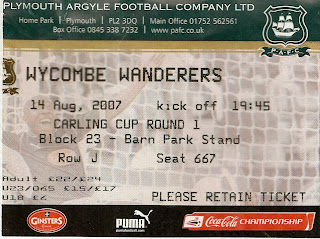 
Matchday Number: 76
Saturday 3rd May 2003
Plymouth Argyle 1-0 Wycombe Wanderers
Nationwide League Division 2
My first visit to Home Park was for a routine end of season match at the end of the 2002/03 Season. It hadn't been a brilliant season for Wycombe, with them finishing in 18th place and the fans starting to turn against Lawrie Sanchez. It was a typical end of season clash, with both teams already 'on the beach' which resulted in a dull game.
The next season, 2 clashes at Plymouth bought joy and sadness in equal measures. First an exciting LDV Vans Trophy game under John Gorman in his last game as caretaker boss. The scores were 2-2 at 90 minutes. Wycombe had been 2 up through a Jermaine McSporran brace within 15 minutes of the start of the game. But goals on 22 and 34 minutes from Graham Coughlan and Mickey Evans made it 2-2 before half time. Plymouth had much the better of the game in the second half but it was still level at full time. In between the final whistle and the start of extra time, Guy Branston was sent off for arguing with the officials, as was John Gorman. After an uneventful extra time period, it was down to the lottery of penalties. The penalty shoot out had its own touch of farce. Argyle went first and scored through Paul Wotton but Simpson saw his kick saved but it was ordered to be re-taken as the keeper moved and he made no mistake with the second attempt. Talia then saved Nathan Lowndes kick before Vinnicombe smashed one down the middle to make it 2-1. Frio then saw Talia pull off another save before Bulman made it 3-1 with a low shot to the right. Tony Capaldi was then given three chances to score his effort knowing that a miss would send Wanderers through. He scored with the third attempt but Senda was calmness personified when he converted his kick to send Wycombe through.

The league clash was not so good. I don't really want to remember it, but it was the day I cried because it pretty much confirmed our relegation. Despite taking the lead, Wycombe lost 2-1 and were down. I think it is the only time I have been in tears over football, as I has been to every game for ages at that point. One more time I went to Home Park. This was in 2007 in a League Cup clash where Wycombe went out with hardly a whimper.
HOME PARK has been rebuilt on 3 sides in recent years, these are all joined together into a sort of semi-bowl and views and legroom from here are excellent. The one remaining stand, the Mayflower Stand is probably the best looking. It's a 2 tiered stand that used to have  terrace at the front, but is now all seated. The bars under the stands in the concourse are half decent, unusual for inside a ground. Outside there is a decent burger van which does the legendary Gutbuster for £5. There is also a Wetherspoon's pub 10 minutes walk away, called the Britannia. 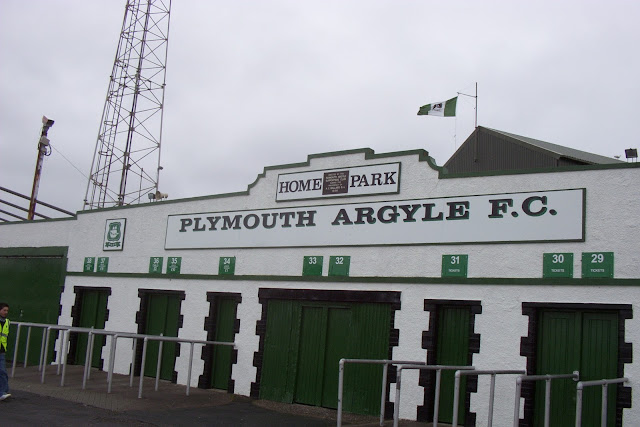 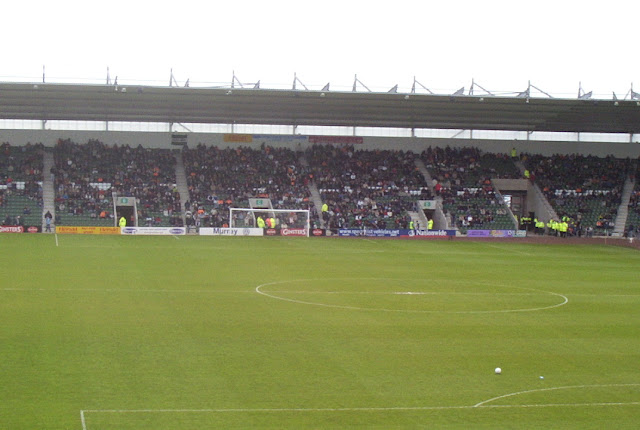 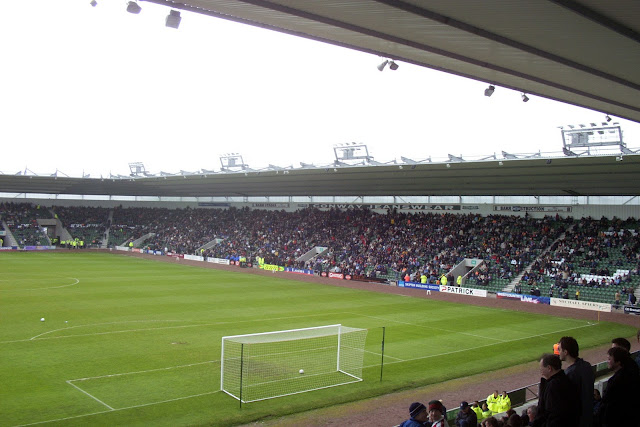 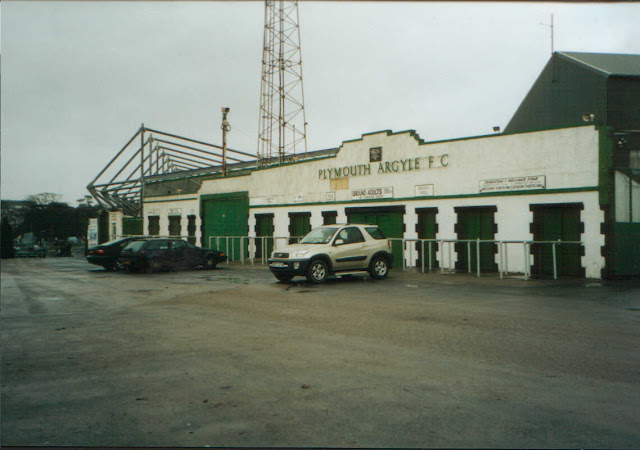 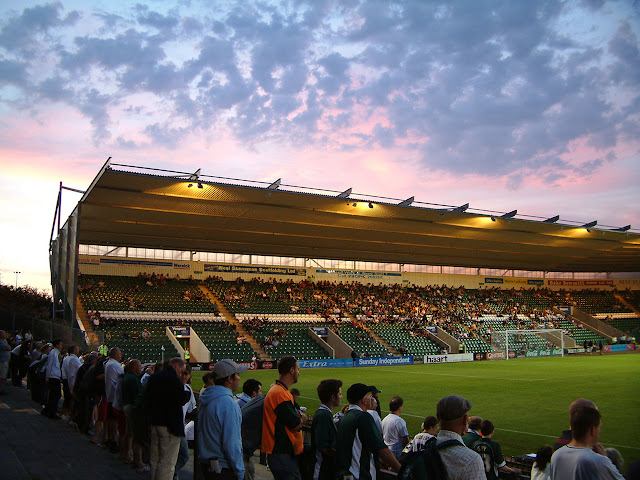 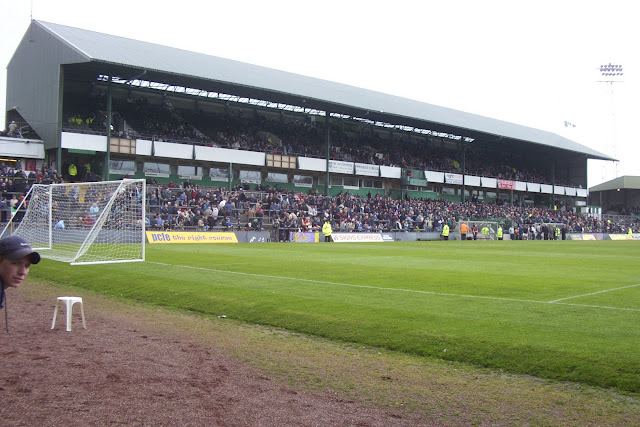