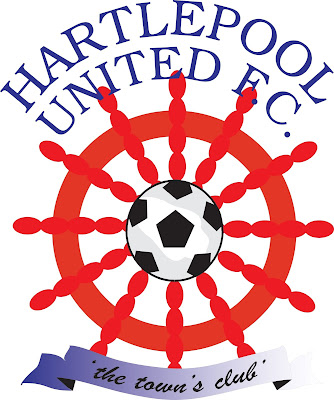 2:  Starting off in the North Eastern League, the club joined the Football League in 1921 as founder members of the new Division 3 North. Despite a runners-up spot (their best ever finish in this regionalised division) there was only one promotion place. The following season a 17th placed finish saw them moved to the newly created Division 4.

3:  After having to apply many times for re-election to the football league, the club's fortunes turned when they appointed the legendary Brian Clough as manager in 1965. He stayed for a couple of seasons, guiding the club to a top-half finish for the first time since being moved to Division 4.

4:  Hartlepool's best ever season under the new league system came in 2003 and 2004 when they finished 6th in the third tier under manager Neale Cooper. However, both seasons ended in playoff failure and fortunes eventually declined.

5:  The club's best-ever run in the FA Cup has been to the 4th Round, a feat that they have achieved on five occasions, the last being in 2008/09 when they lost 2-0 to West Ham United.

6:  In the League Cup, Hartlepool United reached the 4th Round in 1974/75. After beating Workington in the 4th Round, they needed four games (including replays) to beat Bournemouth. They then defeated Blackburn Rovers before taking Aston Villa to a replay, before eventually losing 6-1.

7:  Famous fans include Sky Sports News presenter Jeff Stelling, Labour politician Peter Mandelson and club mascot H'Angus The Monkey who was elected town mayor in 2002 under his promise of free bananas for schoolchildren.

8:  The club's nickname of 'The Monkey Hangers' came from a tale from Napoleonic times when a ship turned un in Hartlepool, with a monkey dressed in French military uniform. Thinking that's what all Frenchmen looked like and after a trial assumed he was a French spy and executed him.

9:  The town also has a rugby club, and another football team, Hartlepool, who play in the eleventh tier of English football, the Wearside League.

10: Fierce local rivals are Darlington, although they've not played each other in years, following Darlington going bust and reforming. Other local clubs include Billingham Town (where their reserves play) and Billingham Synthonia. 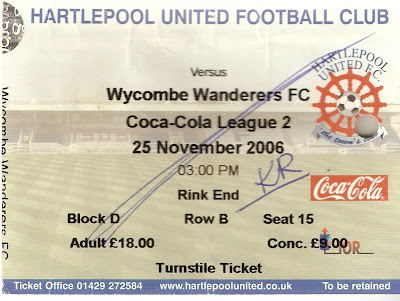 I'd only made 2 trips to Hartlepool United's Victoria Ground. The first was in October 2003. John Gorman was in caretaker charge and making a pretty good job of keeping the team going. Sadly his good work was undone by Tony Adams, but more of that in later reports. So, I made my way up on the supporters coach and with a different bunch of lads to usual as all my usual companions were busy. Marcus and co made me feel very welcome and we had some good banter. In those days I just used to go straight in the ground rather than going to the pub and I saw an entertaining 1-1 draw, where we took the lead through Darren Currie before being pegged back. 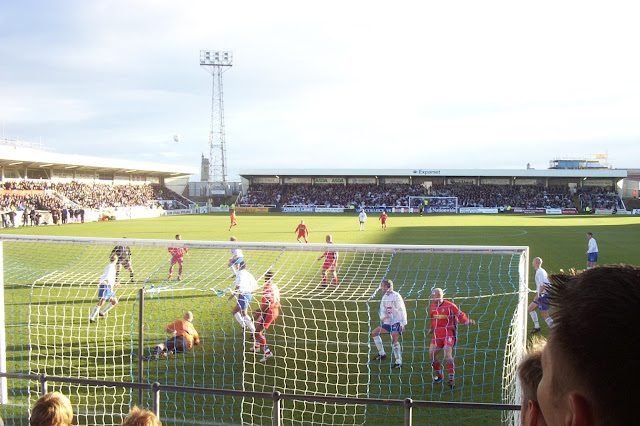 My only other visit there was for a nondescript 2-0 defeat in 2006. This time I was with my mates Matt, Paul & Andy and we were up in the northeast staying in South Shields and going to the Newcastle United v Portsmouth game on Sunday. The game at Pools was more notable for the appearance of local character and cross-dresser Lawrence Martin. He watched every match from the away end, following a dispute with the club. He turned to his cross-dressing ways following the death of his mother in 2001. He was actually a Crystal Palace fan, as well as supporting Germany and Argentina internationally, once claiming to be Michael Ballack's uncle. He is sadly no longer with us, having died in 2014. 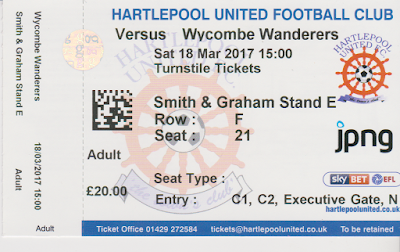 Having not been to Hartlepool for over 10 years, I was considering visiting last season. However, the £25 asking price for a ticket, plus the long journey put me off. This season, however, with the price lowered by a fiver and me not having done many away games, I was keen to go. When my parents announced that they were going away for a few days to take in the game, rather than do their usual thing of going on the Independent Supporters Club coach I thought my chance had gone as I'd be working on the morning that they were leaving. However, by some miracle, I managed to change my day off and was able to go with them, also taking in games at Northallerton and Thornaby on previous nights. 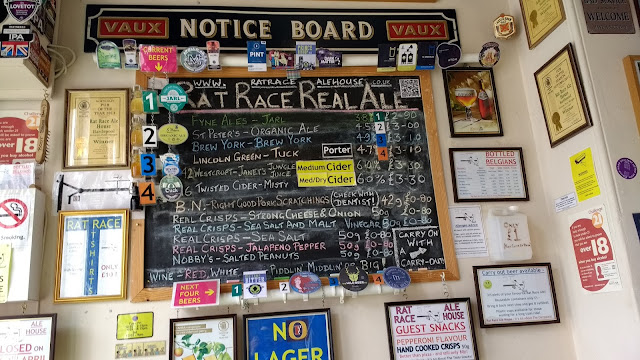 I woke on the day of the game just before 8am. After a shower I went down for a nice English breakfast before going back to my room to write up some of my blog. I left my room just after 10. As my bag was pretty heavy I got a taxi to Middlesbrough station where I got my train to Hartlepool. Both were a lot cheaper than down south with the taxi costing £2.50, around a third of what they charge in Wycombe. I arrived in Hartlepool just after 11, stopping at the Ward Jackson Wetherspoons for a pint of Magners before making my way to my hotel. I dropped my bag off before meeting my parents at the excellent Rat Race Ale house. I started with a pint of Janet's Jungle Juice which was a great drop. From there it was to the second Wetherspoons, the King John's Tavern. This was by far the better of the two Wetherspoons in Hartlepool and I had a pint of Gwynt Y Ddraig Black Dragon. 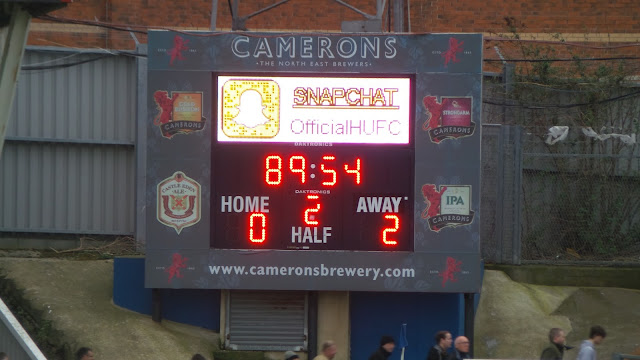 From there we headed to the ground, and had a lovely day. Hartlepool United gain Kudos points for being a great club and playing some decent tunes. Half time had the theme tune from the second series of Auf Weidersehen Pet (Get It Right) and 2Unlimited's Get Ready. It was a great 2-0 win for Wycombe, of which the match report is below. I headed with my parents to the Wetherspoons to toast the deserved win with a State Dog and a couple of pints. It had been a long day, or so it seemed. I made my way back to my hotel at 7PM and after watching Youtube videos in bed for a couple of hours before going to sleep very early for what was supposed to be my week off. 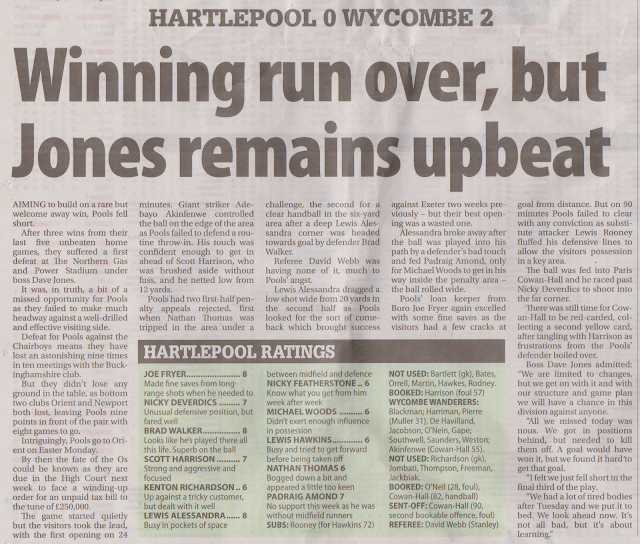 THE VICTORIA GROUND is a perfect ground for Hartlepool United with two sides fully seated, one side a terrace and the other a combination. All in all the ground has a capacity of 7,833 of which 4,180 is seated. From what I remember, the tea bar offered a decent range for reasonable prices, whilst the club shop was your usual fare with a premium paid to have the club badge on whatever you were buying. The town is around half a mile away, as is the Marina should you fancy that. There appear to be a few pubs in the town centre of note - The Rat Race is a decent looking micropub, whilst King John's Tavern and Ward Jackson are both Wetherspoons outlets - read my latest visit for my thoughts on these. 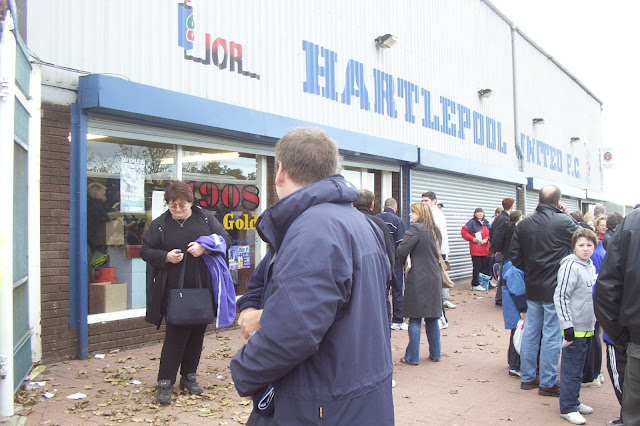 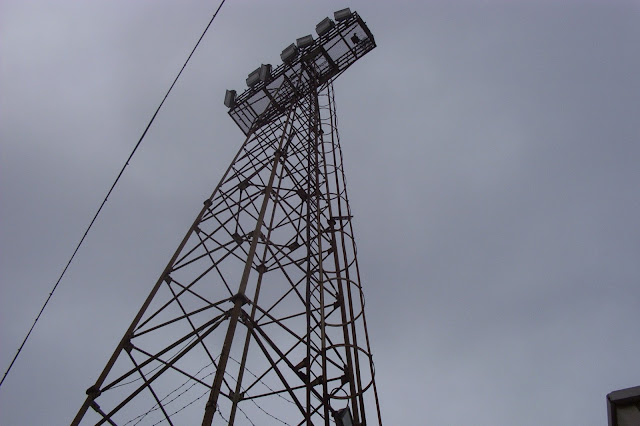 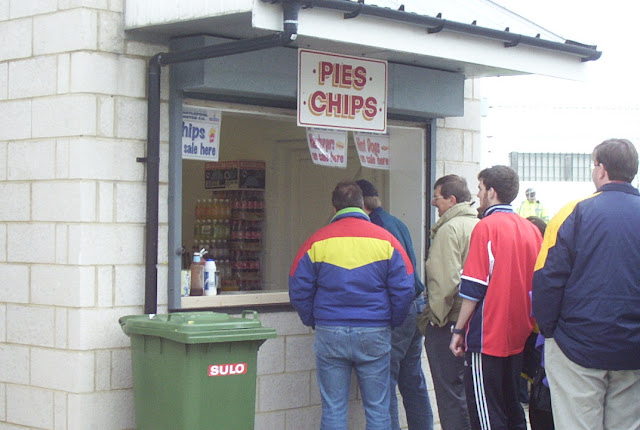 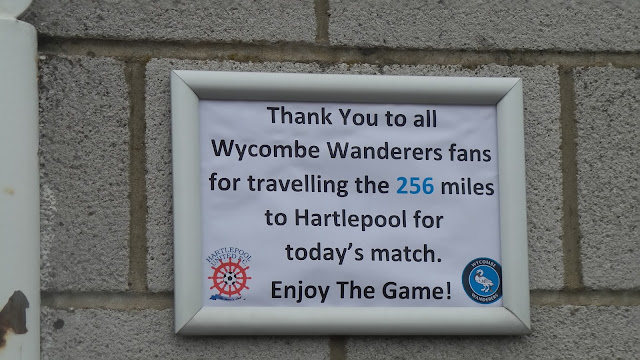 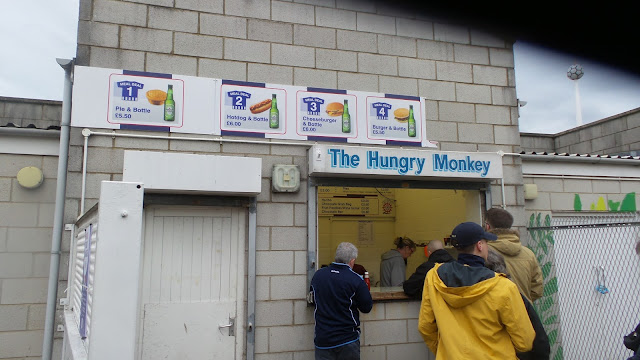 The CYRIL KNOWLES STAND is an all seated stand to the left of the away end, one of the newer stands in the ground. 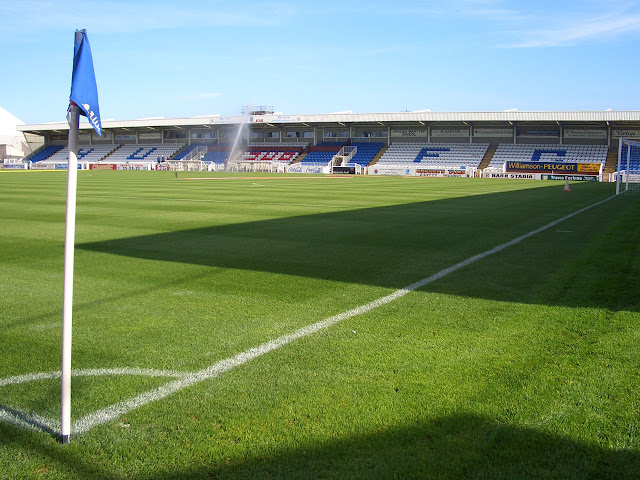 The TOWN END is a covered terrace which houses the main vocal support for the Pools. 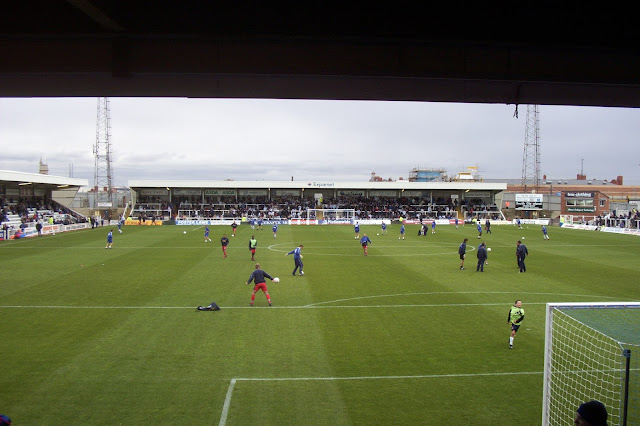 The NIRAMAX STAND is probably the highlight. A two-tiered effort with the lower part being terracing and the upper part being seated. Given the choice, I'd go in the terrace and stand at the end where my team were shooting. 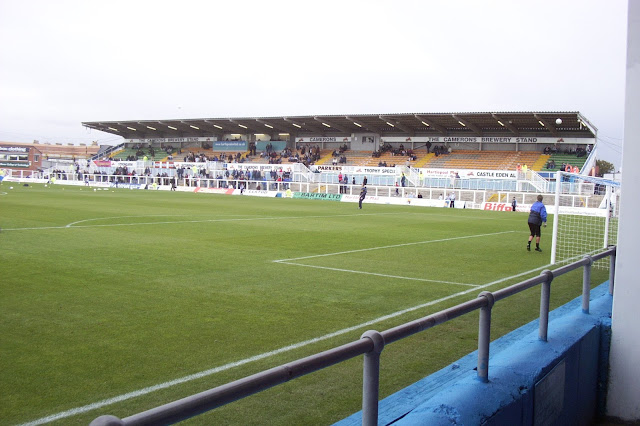 The RINK END is given to away fans and has a capacity of 961. There are supporting pillars, but this stand is slightly raised, giving a fairly decent view unless you are unlucky. 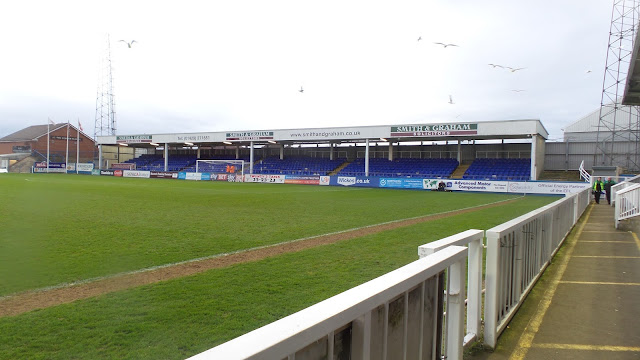