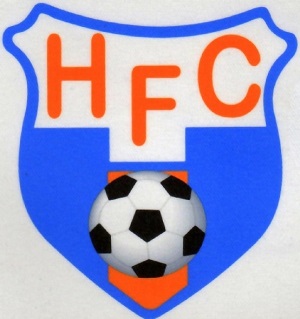 The club was only established in 2006, joining the Essex & Suffolk Border League Division 2 upon formation. The division was disbanded at the end of the season and so Holland were moved up to Division 1. 2009 saw them win the league and gain promotion to the Premier Division. In 2015 they applied to the league for promotion to the Eastern Counties League but were refused as their groundshare at Clacton had not been in place for a year, as per league requirements. They were successful the following year, following a 3rd place finish and joined the Eastern Counties League Division 1 for the 2016/17 season. Their 5th place finish in their debut season was the best in the club's history. Last season saw them match that placing before the season was cancelled.

Holland debuted in the FA Vase in 2017/18 and enjoyed their best run yet. After winning 2-0 at Wivenhoe Town, they drew 2-2 at Wodson Park before beating them 4-1 at home. Their run came to an end in the 1st Round with a 3-1 defeat to Great Wakering Rovers. In local competitions, they won the ESBL Tommy Thompson Cup in 2007 and the Essex Premier Cup in 2009. The club groundshared with Clacton from 2015-2018 before returning to their upgraded ground. Holland-on-Sea is based on the Essex Coast and was home to singer Sade & her family from the ages of 11 to 18. 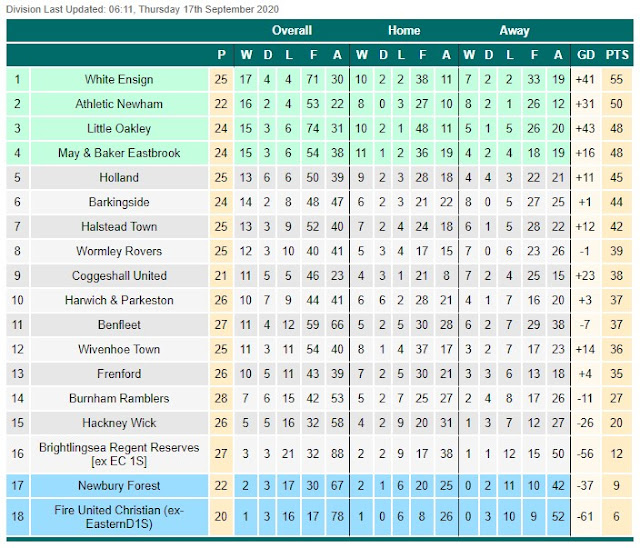 MY VISIT
With me having a rare Sunday off, I was keen to get to a game. I usually hate Sundays, the day at work is a real chore with seemingly the most stupid people coming out to do their shopping and being a right pain compared to other days of the week. If it was a world leader it would be Jinping Xi, if it was a 'comedy' show it would be Mrs Brown's Boys, if it was a doctor, it would be Harold Shipman - you get the picture on my feelings for my least favourite day of the week. The standout fixture was Holland v Enfield - a good tie within a reasonable distance and at a new ground to boot. I'd had a trip to the other Holland back in March with PSV Eindhoven being the standout ground of a trip that was cancelled a few days before I was due to leave. There was also an opportunity for a double with the Hackney Wick v Halstead Town game being played at Witham Town which was basically on the way home. I'd been there before, but what with them only charging a fiver, it was well worth it. Although in truth, it was the fact that my Dad wasn't doing steak for dinner that swang it. I was happy to get Chesham fan Giles on board to come with me as it would provide company and much-needed help with petrol. I'd had a fairly early night on Saturday and so woke up at my normal work time of 4 am. I stayed in bed for a bit before getting up and catching up online. I then read the Non-League paper and was disappointed to see that there wasn't much choice for next Friday. I had breakfast before leaving at 8.30, stopping for petrol on the way. I picked Giles up at 8.55 and we were on our way. It was a good journey over with us getting to the ground about 10.40. Parking was a pain, first the club car park was rammed and the spaces along the seafront were £2.50. I got a few pictures before luckily finding a space on a nearby road. Entry was £6 including programme though track and trace was a bit of faff. I was hungry so I got some chips from the tea bar. The wait was ages as it was so busy but when they came, the chips were great value for £1.50 and very tasty too. I passed the rest of the time pre-match catching up with other hoppers and online - the game had attracted a fair amount who had come from as far away as Manchester. Programmes had sold out by kick-off due to a large crowd. It was windy but the game was fairly equal. 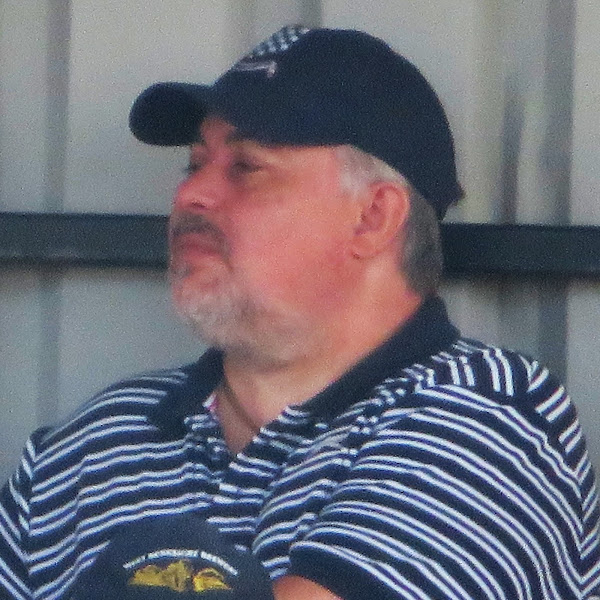 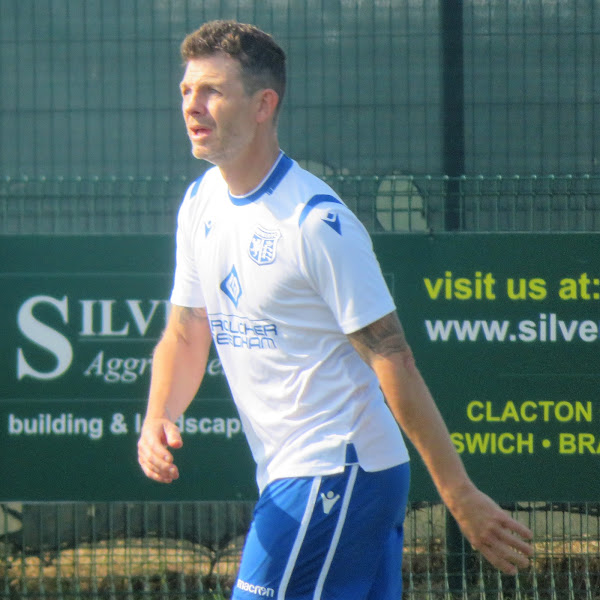 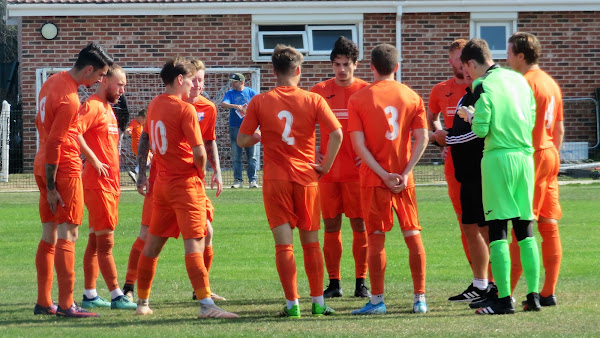 Holland had enjoyed mixed results so far. They'd won their only home game against Hackney Wick (3-2) but lost away at Frenford (0-3) and Little Oakley (0-1). Enfield, who played a level above in the Essex Senior League had started disappointingly with a 5-1 defeat at Harlow Town in the FA Cup. They'd also suffered 1-0 defeats against Cockfosters and Stansted as well as a 0-0 draw against St Margaretsbury. The game kicked off a couple of minutes early and there were chances in the opening few minutes. Firstly on two minutes, Enfield rattled the bar and then a minute later Holland forced Enfield keeper Jack Wilmott into a great save as he plucked the ball out of the top right-hand corner. On the hour mark, a free-kick was put in but a Holland player fired narrowly wide. On 73 minutes they took the lead, Anthony Spyrou advancing into the area and finishing low past the keeper. A couple of minutes later, the lead was doubled, a goal direct from the corner by Reuben Cowler. Veteran striker Jamie Cureton played the whole 90 for Enfield but his side never really threatened apart from a late rally.

We left swiftly and made our way to Witham Town to see Hackney Wick v Halstead Town. I'd been there before but it was Giles' first visit. Entry was only a fiver and we saw a good game as Halstead narrowly won 1-0. Hackney Wick were unlucky as they were the better side and had a couple of goals ruled out for offside. The game dragged on until just before 5 and there was a little bit of traffic, so I didn't drop Giles off until 6.20. I got home myself twenty minutes later and had a couple of drinks whilst I typed my blog. Next up for me was a trip to Devon and Cornwall for a nice break on my week off. 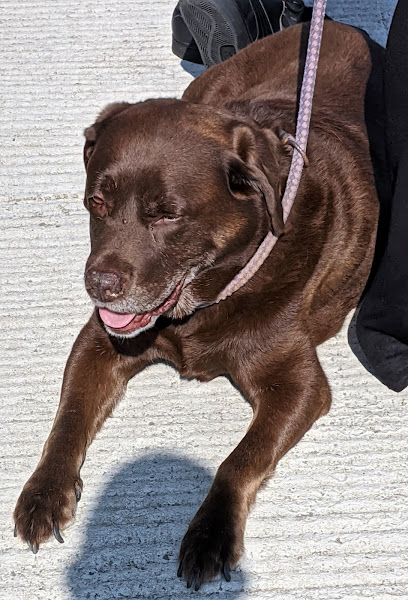 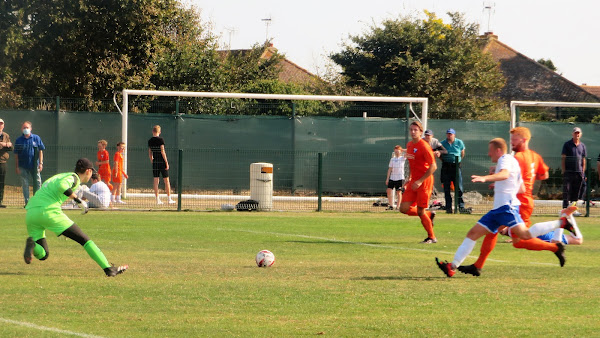 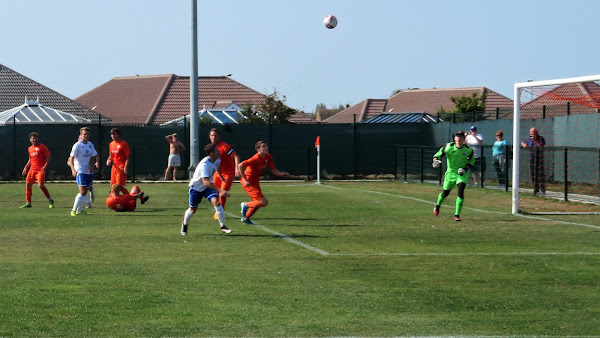 THE GROUND
DULWICH ROAD is a fairly basic setup with just the one bit of cover - an arena seated stand holding 100. The rest of the ground is open hard standing. Facilities at the ground are OK, a basic bar and a great tea bar. Parking is a bit sparse, but there are some streets you can park on. Other outlets are around 15 minutes walk away. 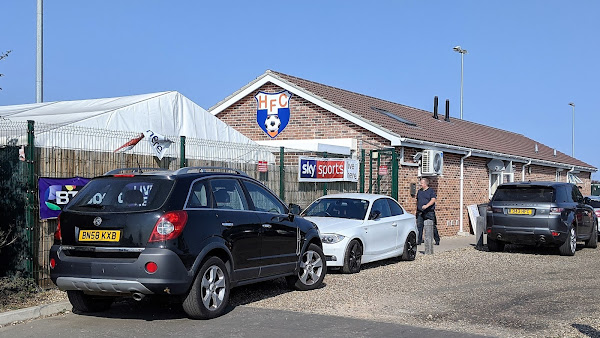 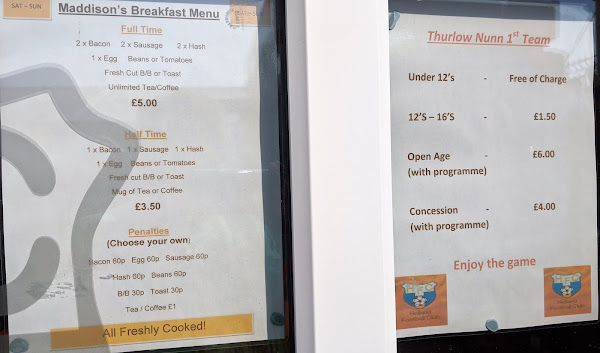 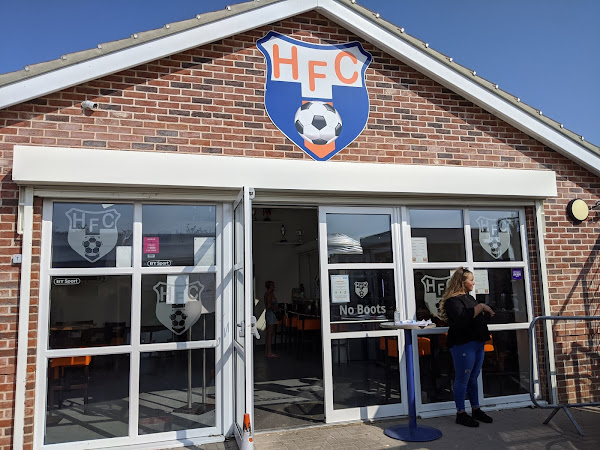 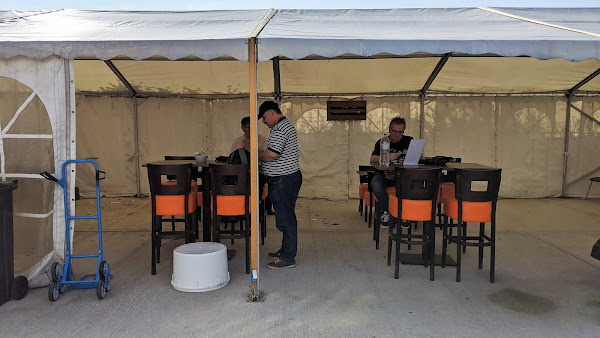 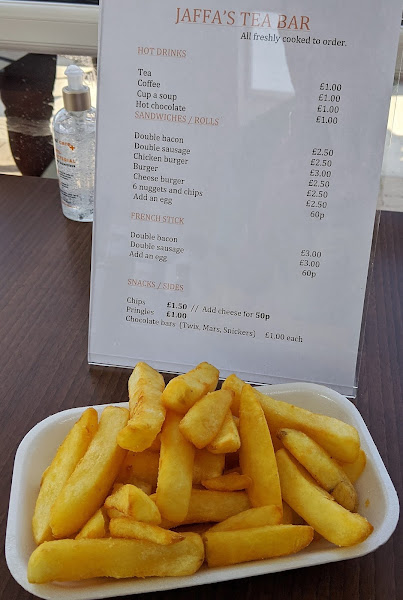 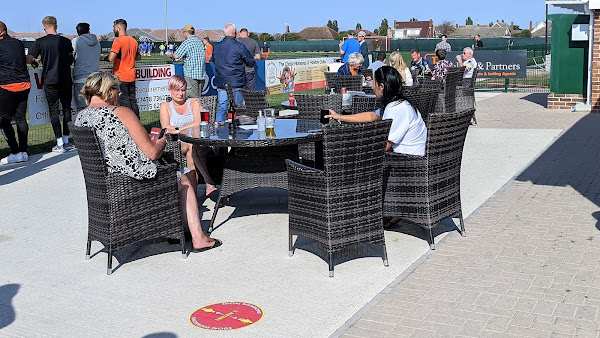 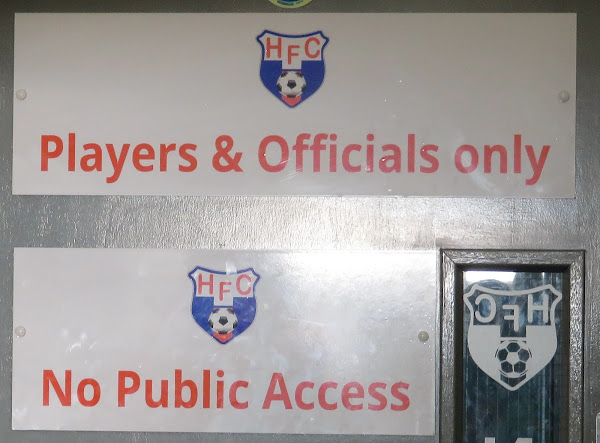 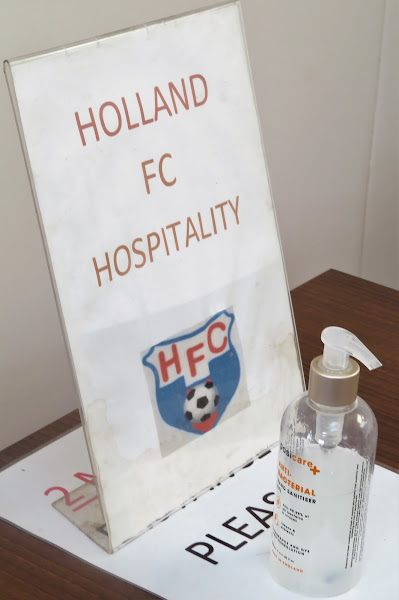 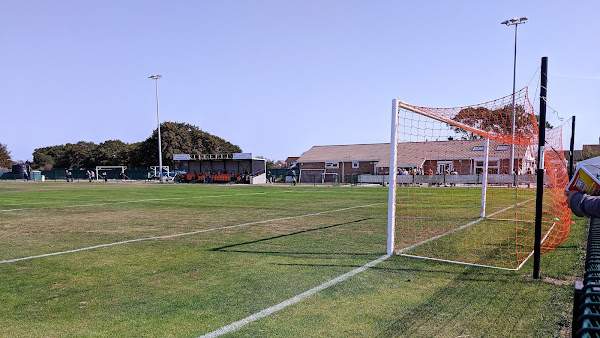 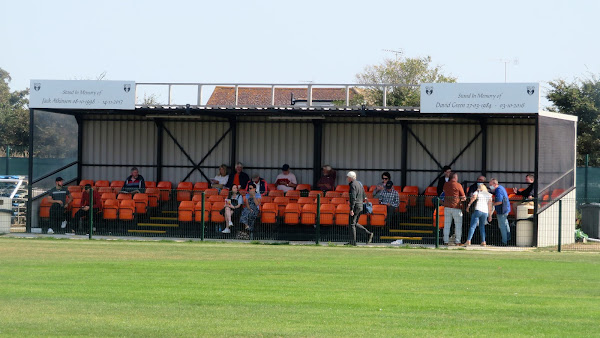 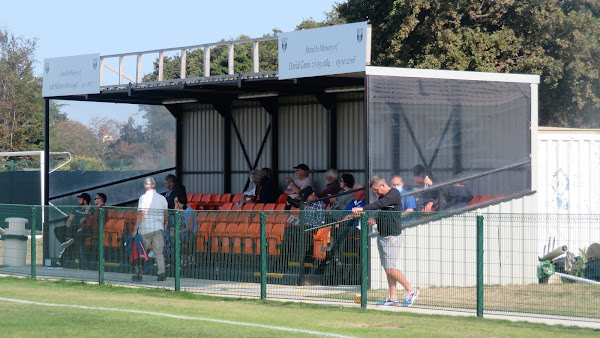 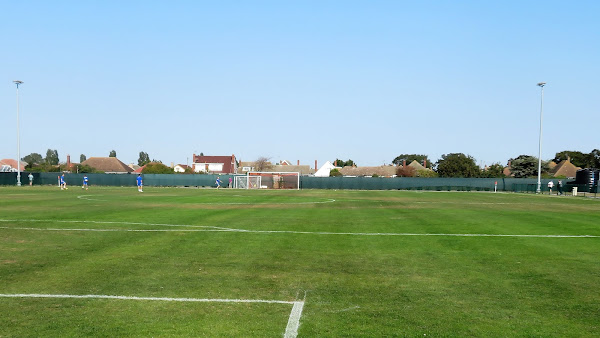 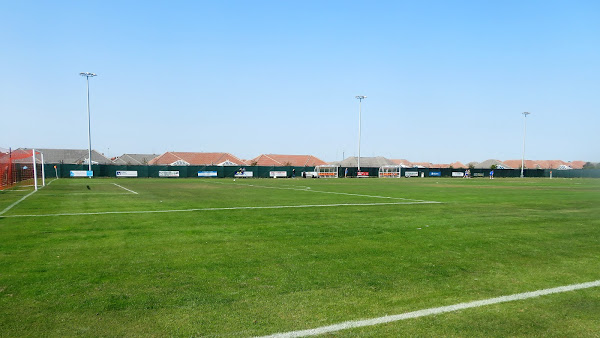 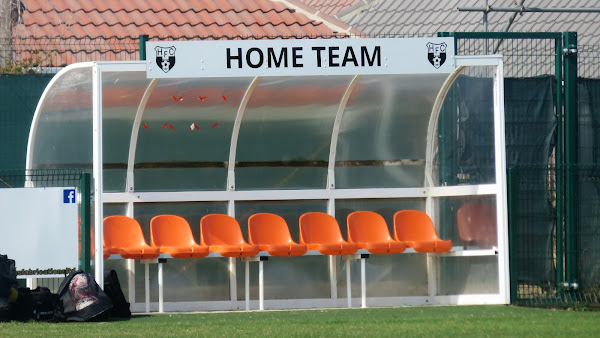 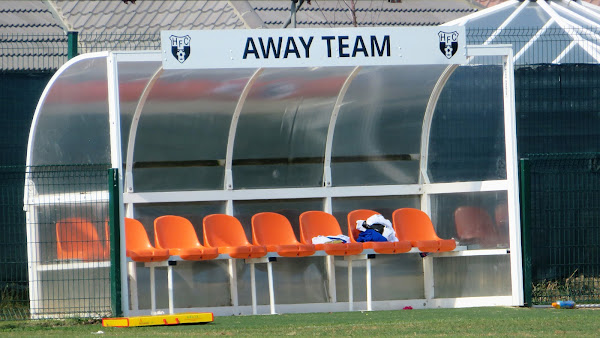 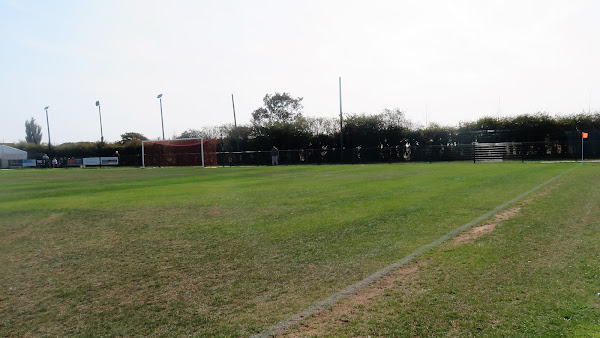 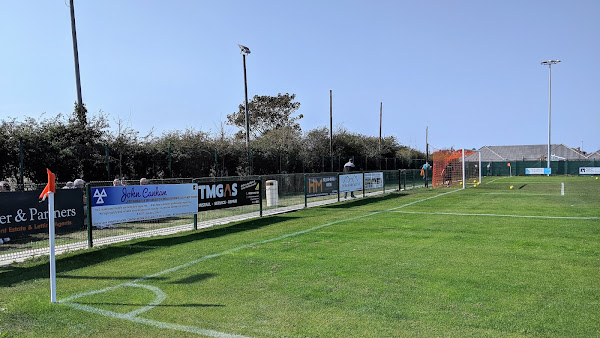