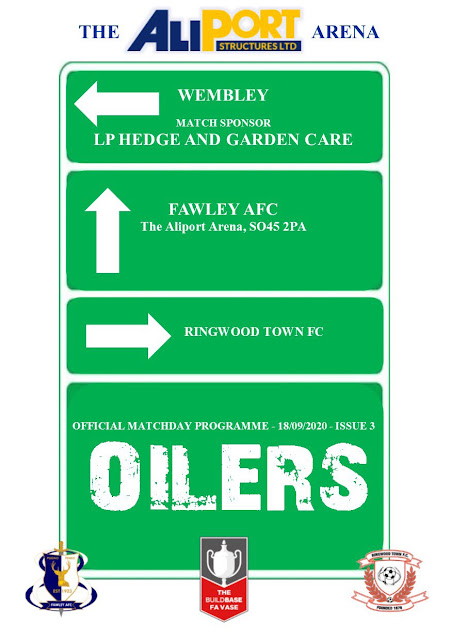 The club was established in 1923 under the name AGWI United (the Athletics Gulf, West Indies oil company). The club joined the Hampshire League in 1929 and bounced around its various divisions until 1968 when they left to join the Southampton League. In 1992, they rejoined the Hampshire League, this time under the name of Esso Fawley. They started in Division 3, winning promotion as champions in 1995. Despite only finishing 5th in 1999, they were admitted to the Premier Division (step 7) and though struggling at first, switched divisions to the Wessex Division 2 (second-tier/step 6) in 2004. Fawley won promotion in 2010 when they finished as runners-up behind Hamble ASSC. They struggled at step 5, their best finish being 17th (twice) before they were relegated in 2017. Since then, they have finished in mid-table placings, last season before everything was cancelled, they were in 15th place.

Fawley had a terrible record in the FA Cup, losing six Extra Preliminary Round ties in a row. This season, attempt number 7 saw success was a success with a penalty win over Shaftesbury after a 2-2 draw but a defeat against Tadley Calleva ensured their joy was short-lived. The FA Vase has a similar tale of woe with their debut season of 2011/12  being their best effort. They won 3-1 at Romsey Town and 2-1 at Shrewton United before a 3-0 defeat at South Park in the 2nd Round. The village of Fawley is situated 7 miles south of Southampton and is home to the ExxonMobil Oil Refinery, the largest facility of its kind in the UK. There was also a power station (now decommissioned) less than a mile away. The ground is based in the suburb of Holbury, which has a population of 800, the name of which apparently means 'hollow fortification'. 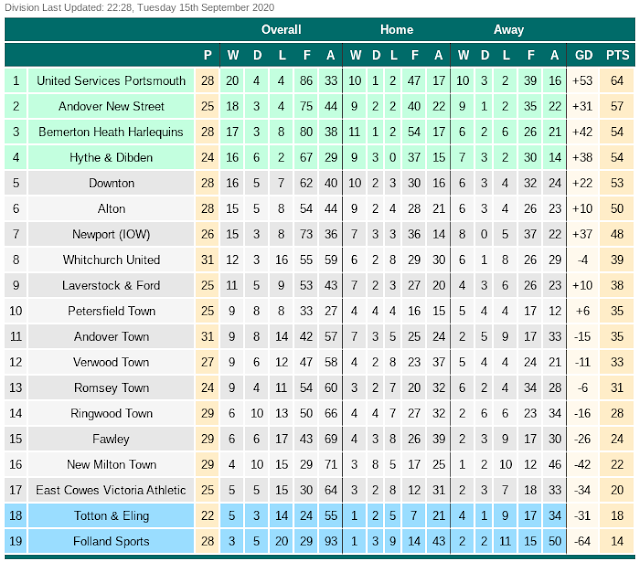 MY VISIT
I always love a bit of Friday night football, not least this Friday when I was starting my week or so off work. There were a number of new grounds that I could do and Fawley won out over OJM Black Country as it was in a much better place, Covid-19 wise. The Thursday afternoon saw me wind up work and walk down town for a couple of pints. I came back and did my research on Fawley's history and also food options near the ground. The news was full of doom and gloom about certain areas being locked down and I have huge sympathy for those that have to suffer. On Friday morning I started researching club histories for my upcoming games, with six new grounds planned for the next week. It was good to be able to pre-order both ticket and programme online and pay by card as this also covered track and trace. I had a nice walk mid-morning before coming back for a lunch of Peri-Peri chicken. I spent the afternoon doing more research before leaving at 3.15. I got petrol en route, arriving at 3.50. Anwar was there waiting and we were soon on our way. The journey was a decent one, though Google Maps did take us up through Oxford due to the M25 being stuffed as usual. There were a couple of sticky spots but we were there by 6.10. Google Maps directed us to the wrong entrance and the ground wasn't very well signposted but we were there eventually, parking in the tennis club. We went in search of dinner and were surprised to see a house in Wycombe colours and flags near the ground. My first choice would have been the chippy but the queues were long. Instead, I went to the Chinese, getting salt and pepper chips for £3.50 whilst Anwar went for a kebab and chips. We walked back to the ground, stopping at the Co-Op where I was happy to get some local Meon Valley cider to take home. From there it was to the ground, with us getting there at 7.10. I spent pre-match catching up with things and typing my blog. 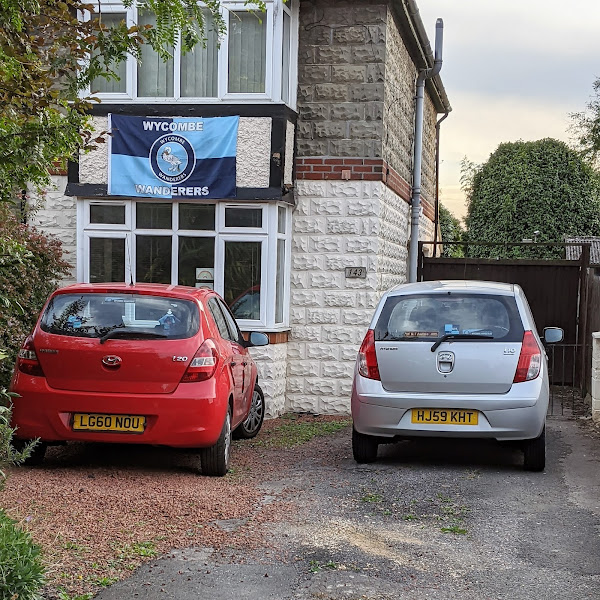 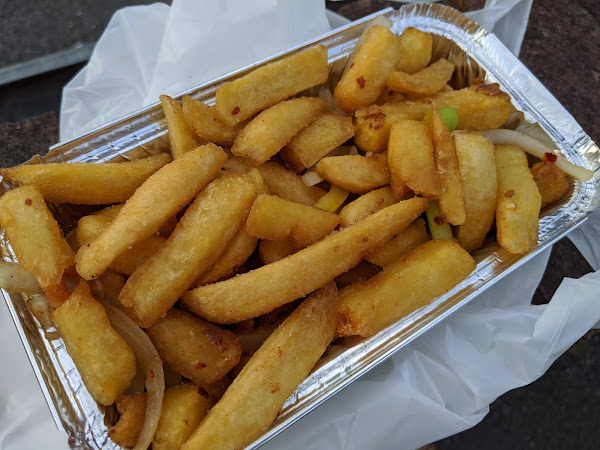 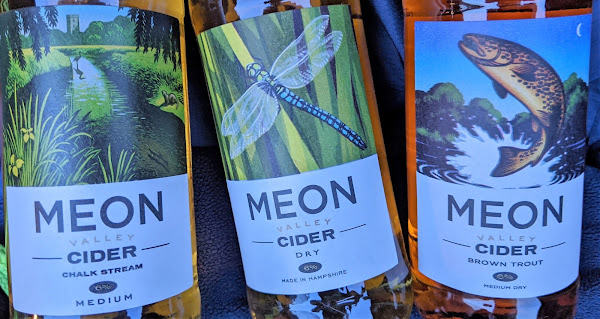 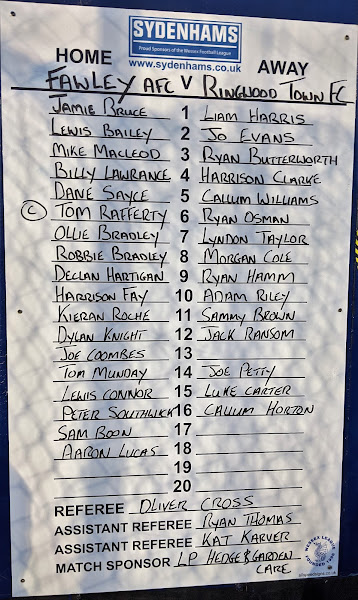 Fawley had enjoyed a mixed start to the season. In the FA Cup, they had overcome Shaftesbury on penalties following a 2-2 draw before a 1-0 defeat to Tadley Calleva in the Preliminary Round. In the league, they had lost their only game so far 3-1 at Andover Town and were also out of the Wessex League Cup after a 3-2 defeat to Folland Sports. Fellow league side Ringwood Town had only played twice - losing 5-1 at Folland Sports and beating East Cowes Victoria 3-1. The hosts lined up in blue with the visitors in red. Ringwood were ahead as early as the second minute - a soft penalty was awarded and Ryan Osman converted from the spot. Fawley responded straight away, but their shot was just over. The visitors were the better side at this point, looking the more slick and dangerous. However, Fawley grew into the game and they were level on 27 minutes when Declan Hartigan headed home from a corner. The hosts were well on top now with Ollie Bradley being switched to the left and causing the Ringwood defence plenty of problems. On 37 minutes Ringwood retook the lead, Osman getting his second by heading home from a corner. Five minutes later, the scores were level, a well-worked move and a through ball to Hartigan who got his second with a low shot from six yards. There was still time for another goal in first-half injury time, the visitors retaking the lead thanks to a good run and shot into the corner of the net by Sammy Brown. Ringwood were the better side in the second half and they looked to have sealed the game on 80 minutes, but it was ruled out for offside. Fawley equalised on 83 minutes when captain Tom Rafferty headed home. It looked as if it might go to penalties. The visitors had other ideas however and an attempted free kick from 30 yards was tipped over with a couple of minutes to go. They eventually got the winner in injury time, a low ball across was tapped home from a few yards out. Even then, Fawley had a chance to equalise but the ball was held on to for too long and the effort came back off the bar.

It had been a cracking night's entertainment in good company and it was a shame there had only been 95 there to witness it. We left around 9.45 and had a good journey home, this time going the more conventional way home. The radio was full of yet more Coronavirus news and threats of a second lockdown, not that the first achieved much in the long run. I dropped Anwar off at 11.35 and got home myself 20 later. I typed my blog, sorted my photos and watched Corrie whilst having a couple of ciders before going to bed just after 2 am. 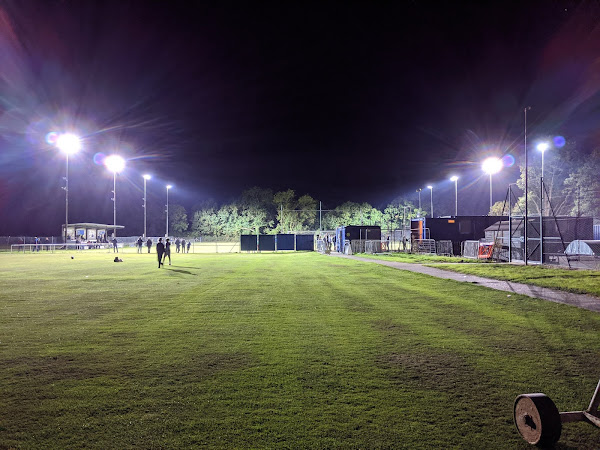 THE GROUND
THE ALIPORT ARENA is a decent ground and it's nice to see that they have not gone down the standard 'Arena' stands route. The seated area is benches and this looks to have a capacity of around 100. There are a couple of standing areas on the other side holding around 70 for those that wish to stand. The rest of the ground is open with one goal being closed to spectators. There are basic bar and food facilities at the ground or there's a parade of shops not far away with Fish & Chips, Chinese, Kebabs and a branch of KFC as well as a couple of Co-Op supermarkets. 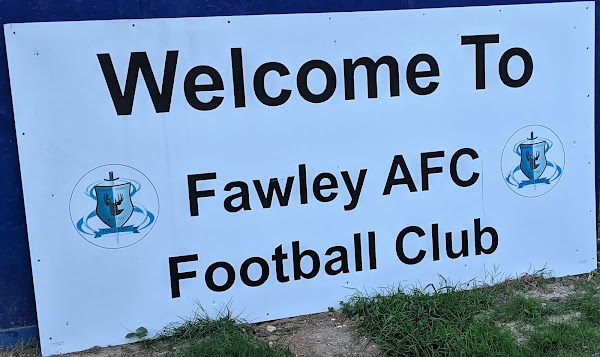 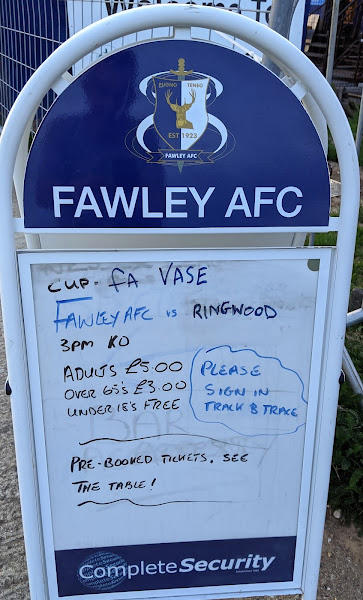 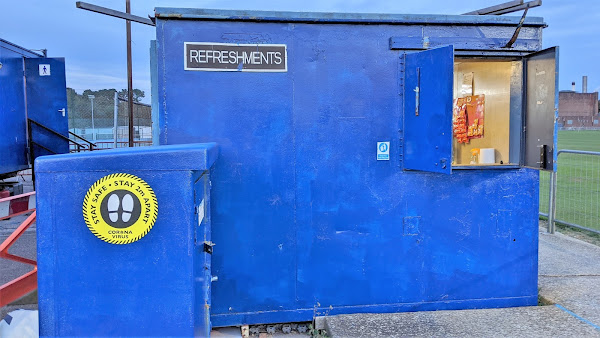 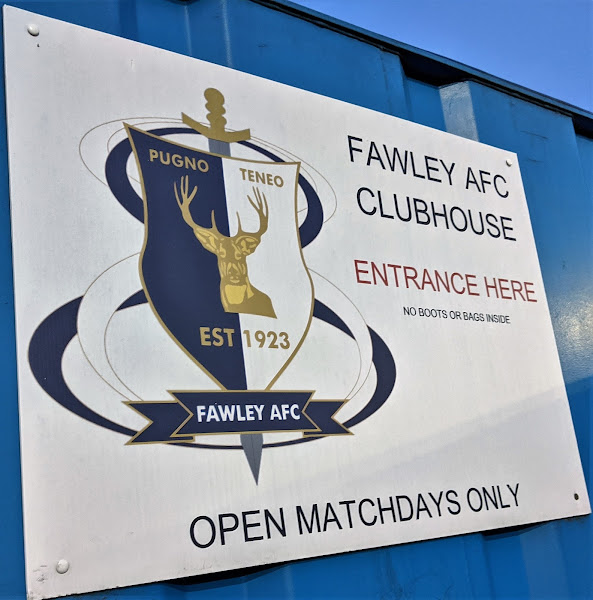 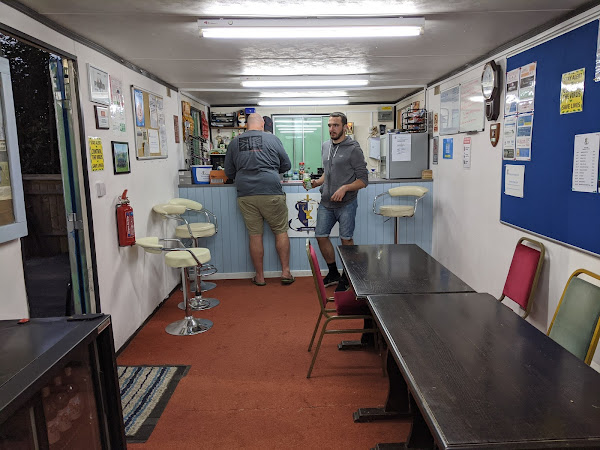 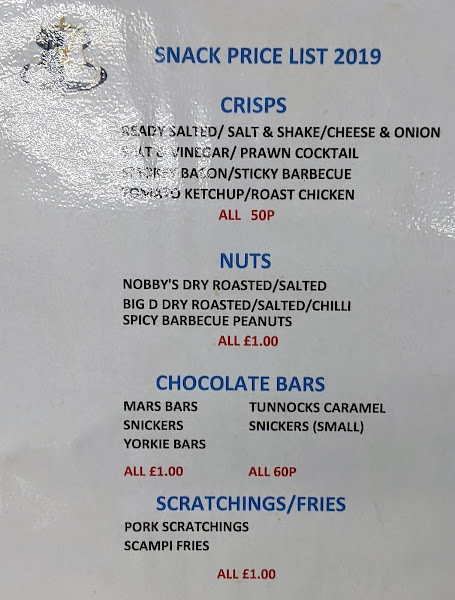 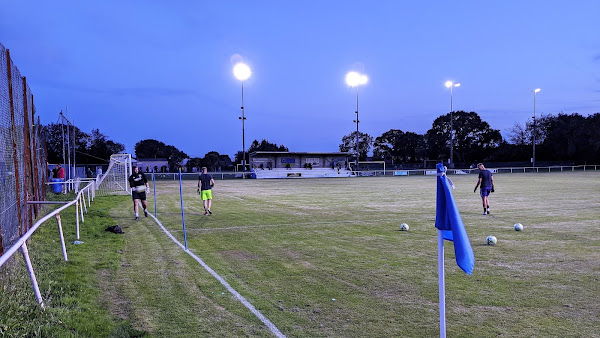 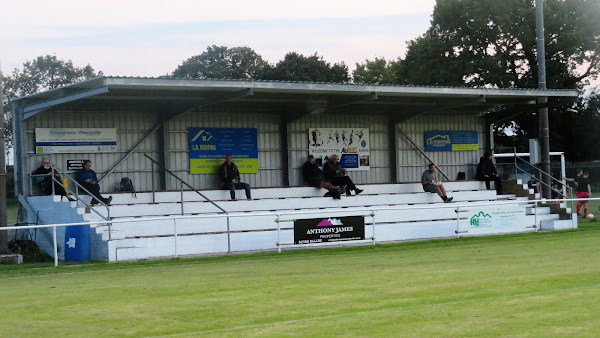 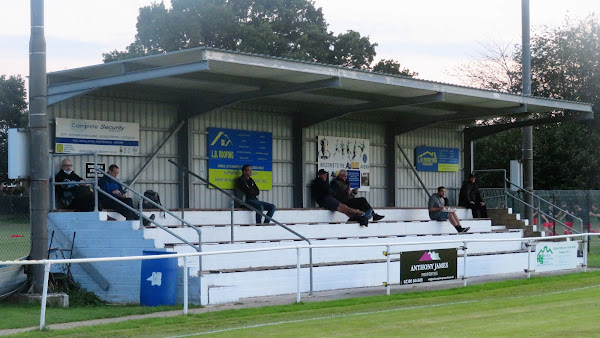 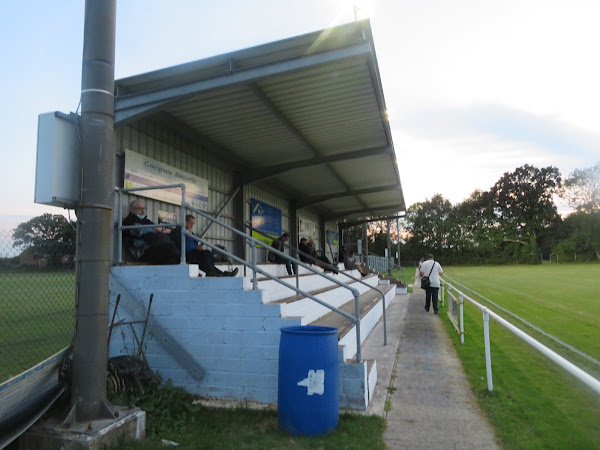 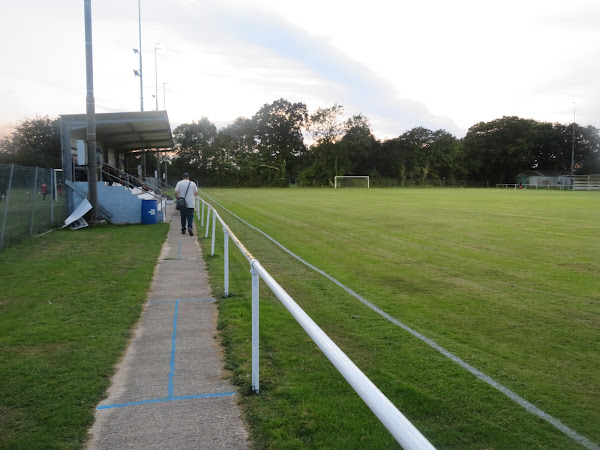 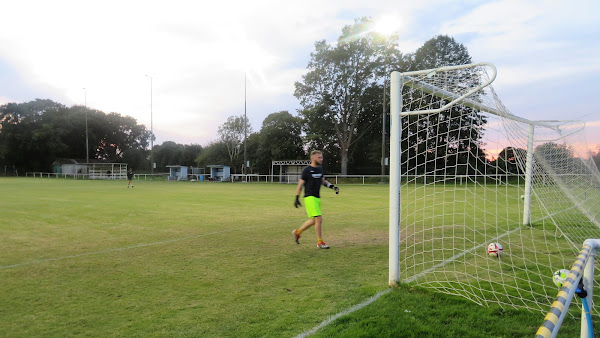 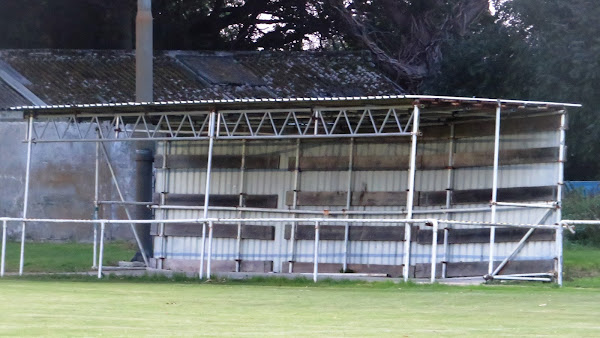 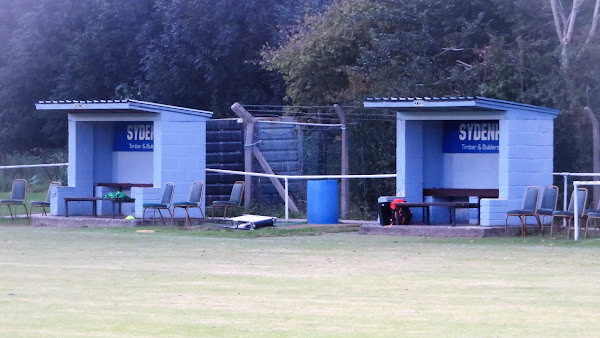 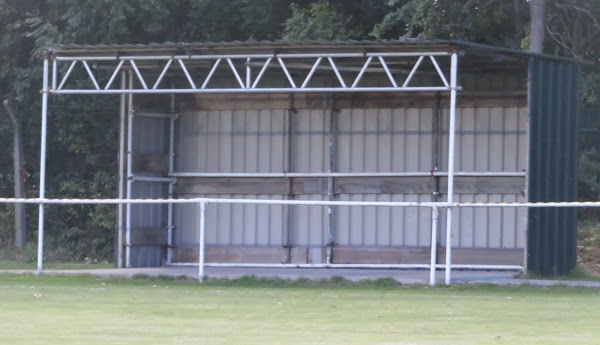 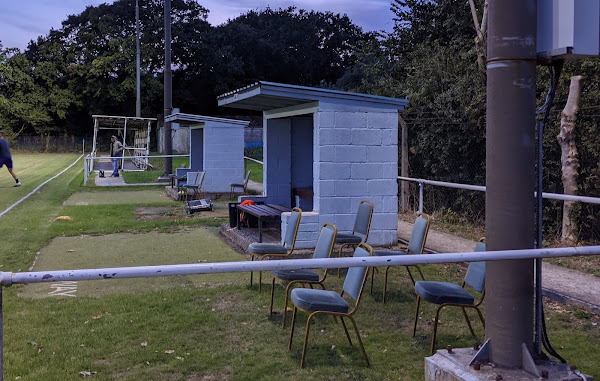 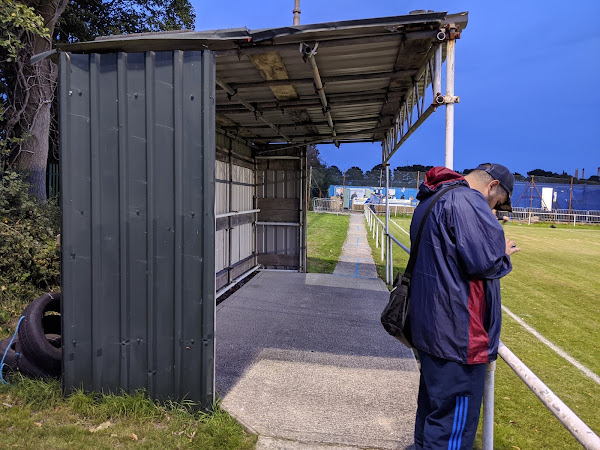 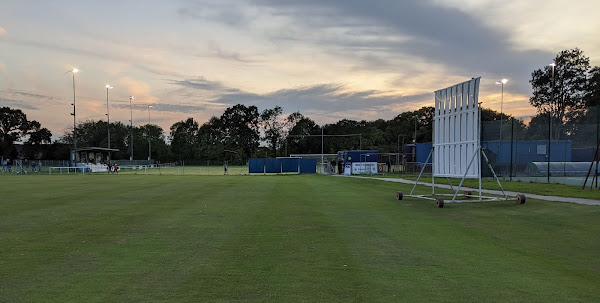