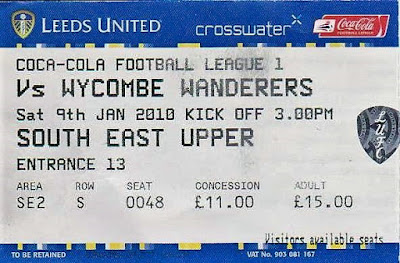 Probably the highlight of the 2009/10 season for all Wycombe supporters was the chance to see their team play against some more famous and bigger teams. And in League One that season, they didn't come bigger or more famous than Leeds United, former League Champions, Cup winners and European ambassadors for their country, reaching a Champions League semi-final. But the club had fallen on hard times. Severe financial mismanagement had seen them tumble down the leagues and saw them plying their trade in the third tier. And instead of trips to the Bernebau to play Real Madrid, they faced the potential of a delightful midweek trip to Macclesfield, in the Johnstones Paint Trophy. This was their second season at this level, the season before had seen them deducted 10 points and still finish in the playoffs, only to lose out. The build up to the game couldn't have been any better for the Elland Road club. Only the Sunday before they had seen a brief return to the big time with a visit to Old Trafford in the FA Cup. And they defeated their bitter rivals 1-0 in a real cup shock. Today, however, saw them back down to earth with a bump, with a league game against relegation-battling Wycombe Wanderers. 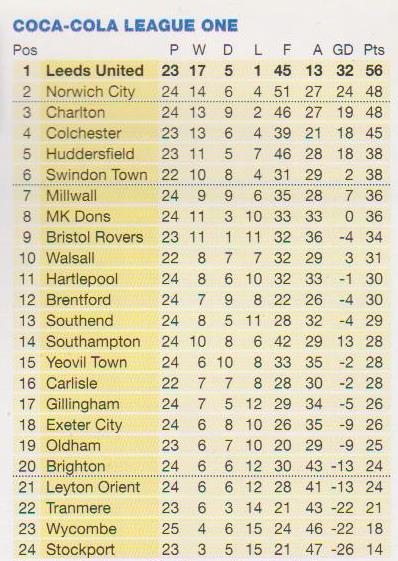 The days before had seen heavy snow, so heavy in fact that I had to walk 7 miles to work as I couldn't get my car out of my road! So I thought it would be a safer bet to take the coach and avoid the icy roads. It appeared that everyone else had had the same idea as me as the roads were virtually deserted on the way up. We eventually got the ground at around 1pm and so had time for a look around. After a spot of lunch, I went and looked around the various merchandise stalls that were telling T-Shirts and other stuff depicting their previous weeks FA Cup win. After a chat to some friendly Leeds fans and picking up the programme and a fanzine, I made my way into the ground. If the fans outside the ground were great, then the stewards inside the ground, certainly weren't so friendly. Constantly telling fans to sit down, even when they were allowing someone in their row to go to the toilet, they must have had around 40 fans outside to speak to them, including me when I had the temerity to stick up for a mate who was being spoken to. I have never seen a bunch of stewards who were anywhere bad as this lot in 20 years of watching football. 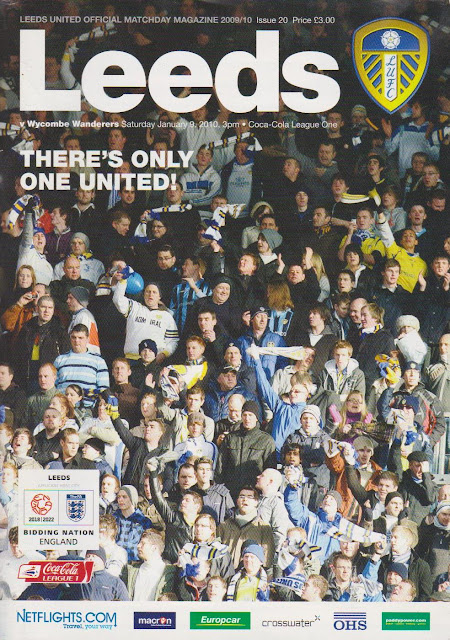 The game itself was a good result for Wycombe. Despite going behind to Jonny Howson's goal after just 3 minutes. But Wycombe responded with a gutsy performance that delighted the travelling contingent that had braved the wintery conditions in order to witness Wanderers first ever visit to Elland Road. Pittman struck a dipping shot from the left against the opposite upright on 7 minutes, while a Scott Davies corner from the right was deflected against the far post on 12 minutes. Wycombe survived a scare just before the break when Bradley Johnson's header was cleared off the line by Lewis Hunt but it was a rare attack from the home side. Wanderers' reward finally came in the second half when Davies' sweeping pass from midfield found Pittman on the left wing who cut inside his man before sending in a low shot that nestled into the opposite corner of the Leeds net. It was nothing less than Wycombe deserved and it could even have been three points had a low cross not been cut out as Matt Harrold waited in the centre. 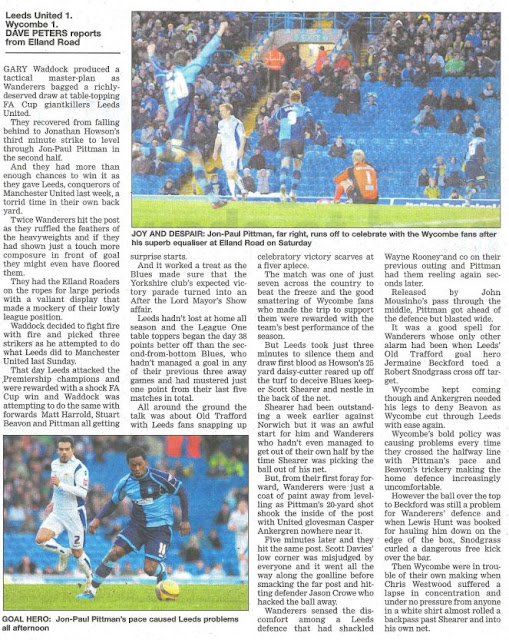 ELLAND ROAD is one of the largest stadiums in the country and was used when England hosted Euro 96. Most of the stands are quite old but are free from any pillars restricting your view. All in all a decent ground that has done and is, fit to grace the Premiership. There are plenty of pubs and food places around the ground, so it should be a good day out for most fans. 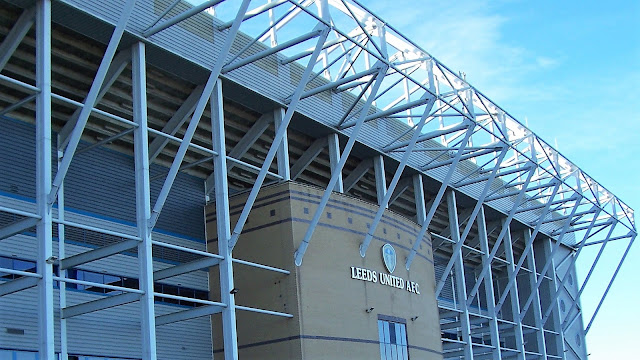 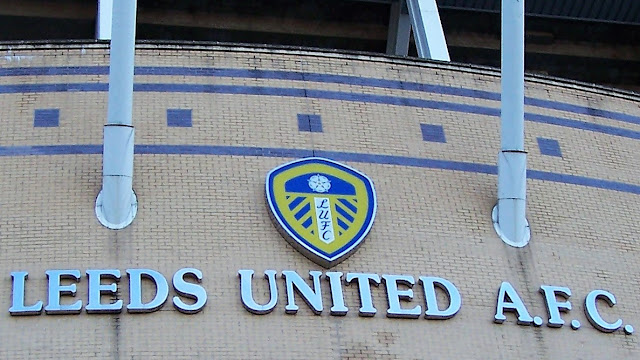 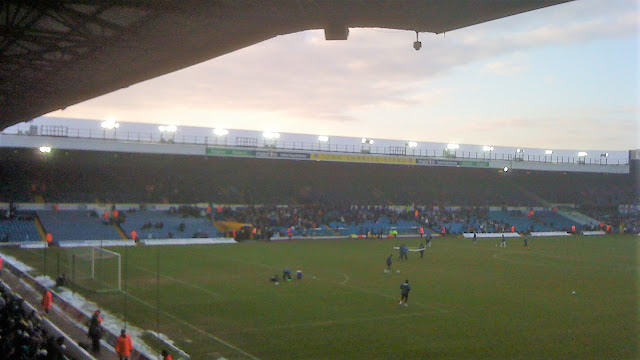 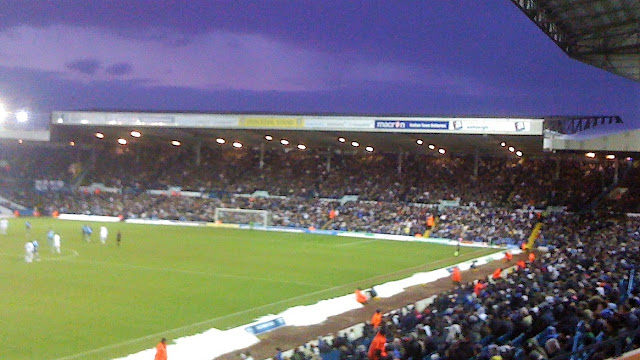 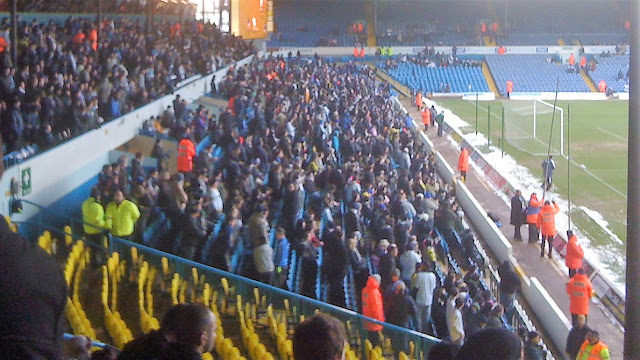 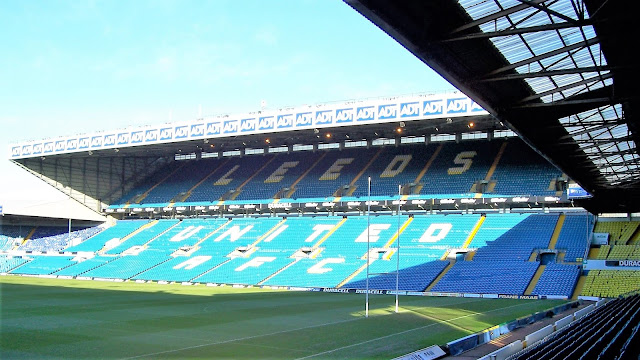 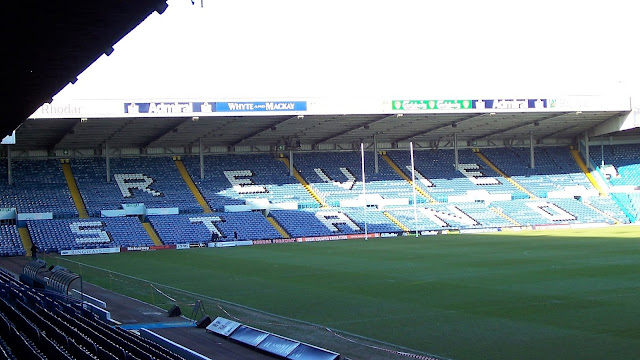