AYLESBURY FC was founded in the 1930's when they were known as Stocklake, a team founded by local workers. They joined the Chiltonian League in 1988 and remained there with a fair amount of success until the year 2000. This bought about a name change and after joining the Spartan South Midlands League they changed their name to Haywood United, named after the road in which they were based. They had 4 good seasons, winning promotion to the SSML Premier in 2004. A year later they changed their name to Aylesbury Vale in an attempt to appeal to a wider audience. Finally, in 2009 they settled on the current name of Aylesbury and with the grounds improvements in place they were Champions of the Spartan South Midlands League in 2010. Ever since then they have been in the Southern League D1 Central and this season's finish in the playoffs represents by far their best ever finish

In 2009/10 they had their best ever FA Cup run, beating Langford, Leighton Town, Erith Town, Wingate and Finchley and Chesham United. With several of those sides being in higher leagues they had already done amazing things but just couldn't beat Wealdstone after giving it a great go in the 4th Qualifying Round. There has not been much success in the FA Trophy but in the FA Vase, they reached the 3rd Round in 2008/09 before a defeat to Leiston. Various local cups have been won and since the early 2000's they have been the sole senior team playing in the town after Aylesbury United lost their Buckingham Road ground which resulted in United having to lodge at the likes of Chesham, Leighton and Thame. 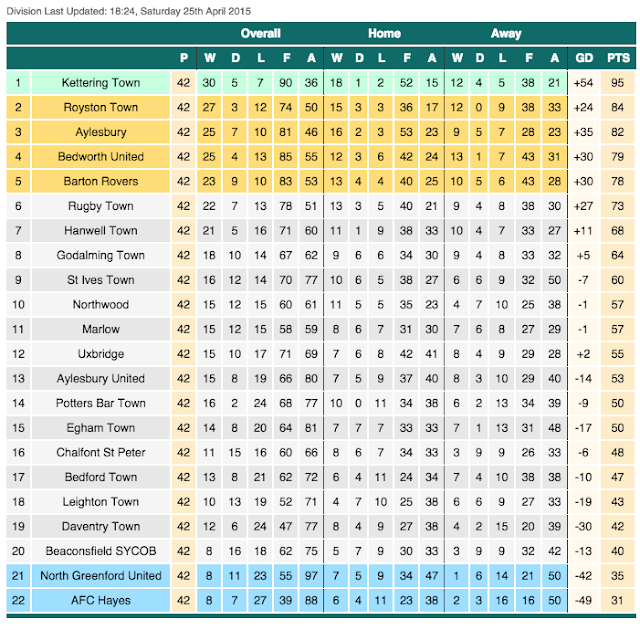 Wycombe had an away game at Exeter one Saturday and hadn't been playing especially well at the time. So instead of a long and expensive trip down to deepest Devon, I looked at the FA Cup fixtures for that day. In the end I chose local side Aylesbury FC (formerly Aylesbury Vale) who had a home game against Ryman Premier League side Wealdstone. So after I'd had some lunch, I made the short journey over to Haywood Lane, arriving just after 2 and finding a handy place to park. This was probably the biggest game in Aylesbury's history, having never got this far in the FA Cup before. And they gave a great account of themselves, going 2-0 up within 11 minutes before succumbing to a comeback from a side 2 league above them.

Aylesbury, who would go on to win the Spartan South Midlands League later that season had taken the lead through Gareth Price who had opened the scoring after just one minute played. He took advantage of the visitors losing possession and scored with a low shot from 20 yards. There looked to be a real shock on when former Wycombe defender Alan Massey gave away a penalty on 11 minutes which was coolly dispatched by Craig Henney to put the home side into dreamland.

The home side went on to dominate for long periods of the first half, but despite that Wealdstone grabbed themselves a lifeline when Greg Ngoyi scored with a great strike on 26 minutes. The second half was a different story as the Stones took control. The half was only 2 minutes old when Ryan Ashe's scuffed shot bought the scores level. Kieron Forbes scored on 53 minutes to give Wealdstone the lead and it was probably the goal of the match as he finished well after a great 40-yard run. Aylesbury were given hope when Greg Ngoyi was sent off for retaliation and despite a late rally, it was the visitors who got the decisive goal when Ashe got his second, 13 minutes from time. Aylesbury would miss out on a plum tie at home to Rotherham United in the next round, with Wealdstone running them close before going down 3-2. It still represented their best FA Cup run ever and I was pleased to have been able to see them play a pivotal game. 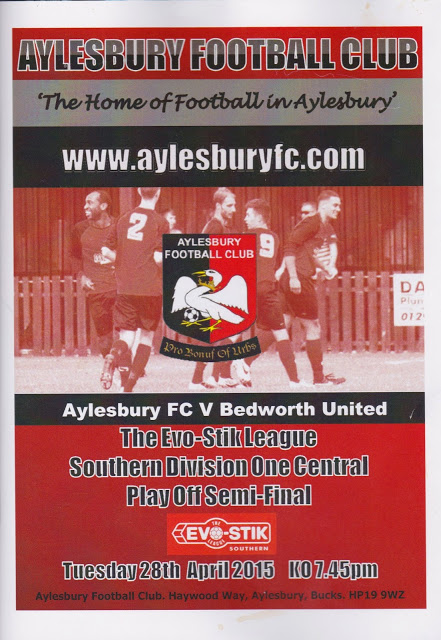 I was looking for a game in the dying embers of the season and the step 4 playoffs seemed a good bet. Anwar had already declared that he would be going to this game and with the only viable close option being a revisit to Molesey I decided to go again to Aylesbury, especially as it had changed a fair bit since I had last been. On the day of the game it was my day off work as per usual. I spent it sticking a few bits on eBay and also buying a Raspberry Pi 2. As well as that I went down town, but generally, I was wanting to get out and go to football, having been used to travelling further and leaving much earlier. My Mum and Dad were off to the Wycombe Wanderers Sponsors Dinner and even offered to take me, but I didn’t fancy it. I had dinner and left at 6.30, meeting Anwar at 7PM before heading to Aylesbury FC and arriving 10 minutes later. I paid £8.50 to get in with Anwar getting me a programme in return for the lift I gave him. We also had Scouse with us and chatted as we waited for kick off.

Aylesbury had finished 3rd in the league to give them home advantage over 4th placed Bedworth. But it was the visitors who started the strongest with them looking physically stronger and more composed than their counterparts. Even so Aylesbury got back into it and had some good chances but it was still goalless at the break. The second half saw Bedworth have by far the better of the game. They scored with a penalty by Alex Naughton and then furthered their lead when they capitalised on some slack defending by Aylesbury with Dan Creaney taking advantage. The home side got a penalty of their own on 70 minutes and Aston Goss scored it to give hopes of a fightback. But they were pretty poor on the night and lacked composure as any forward play was wasted, despite fans urging them on.

HAYWOOD WAY is a basic ground, with just 2 areas of cover. An old looking main stand and a small but modern covered terrace behind the goal. The rest is just hard standing, with no protection from the elements. Luckily on my visit it didn't rain, and in most cases there is more than enough cover to stop the supporters getting wet if it does rain, just not on big cup games. There is a bar at the ground, but I have not been in. The tea bar looks very good, however, which is good as the only thing I saw locally was a small Tesco store. 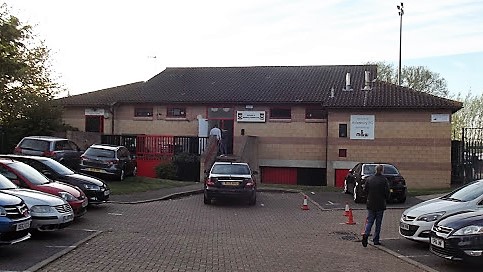 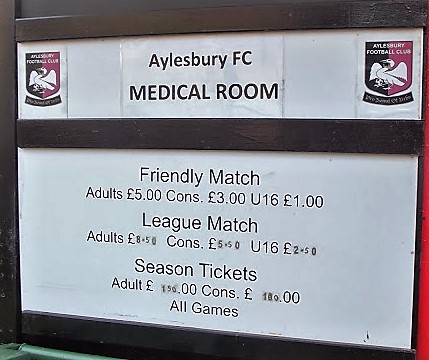 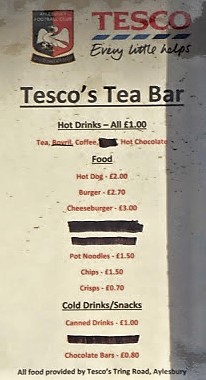 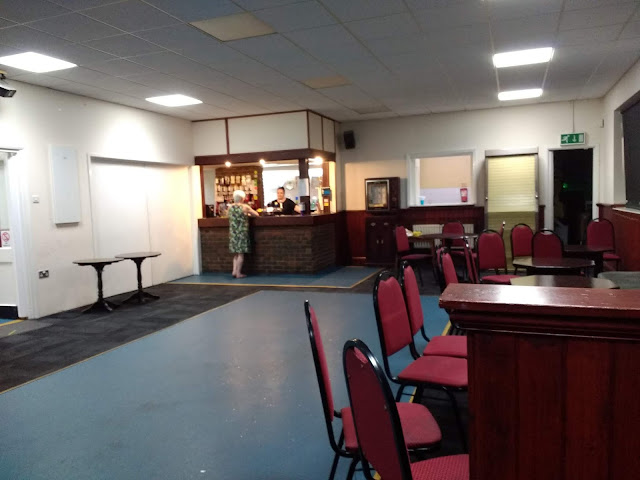 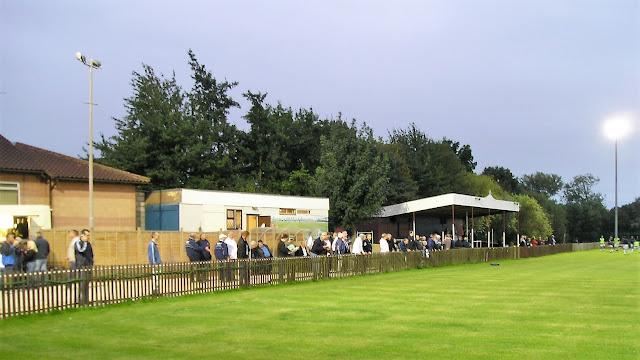 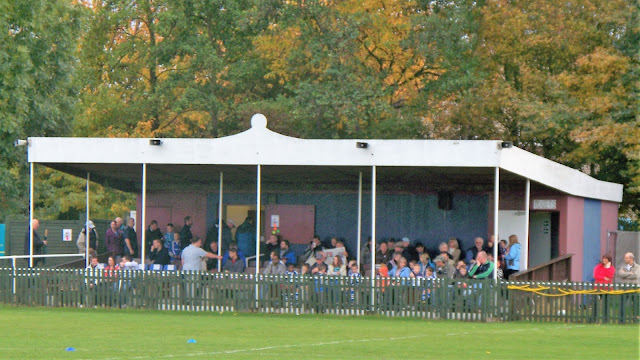 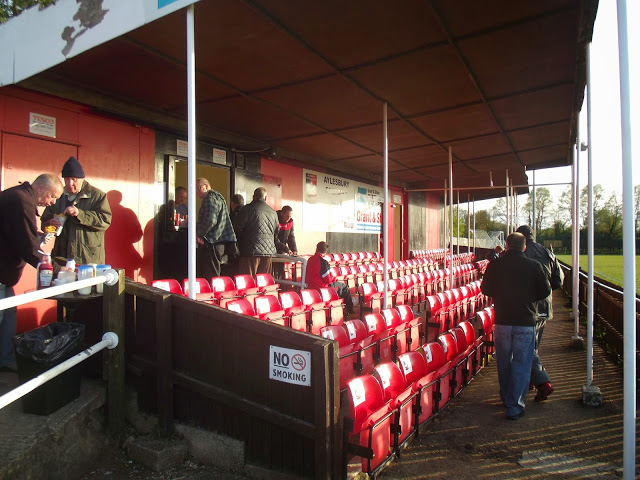 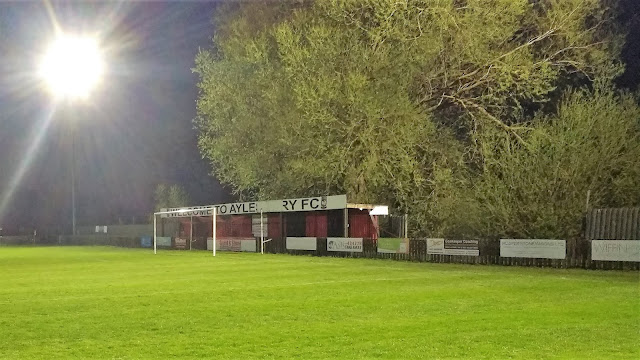 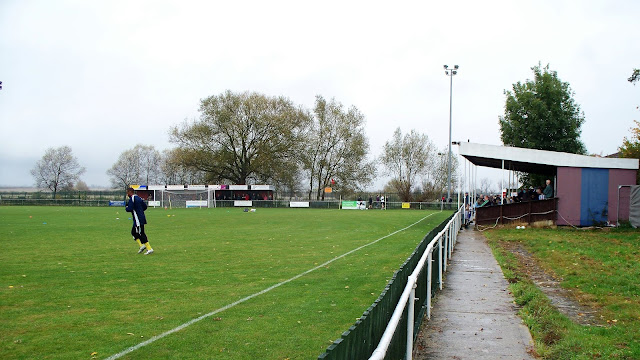 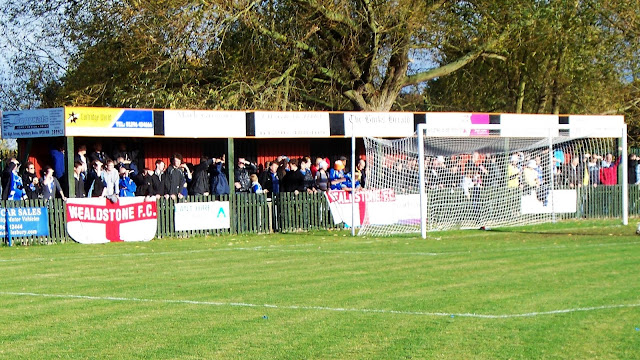 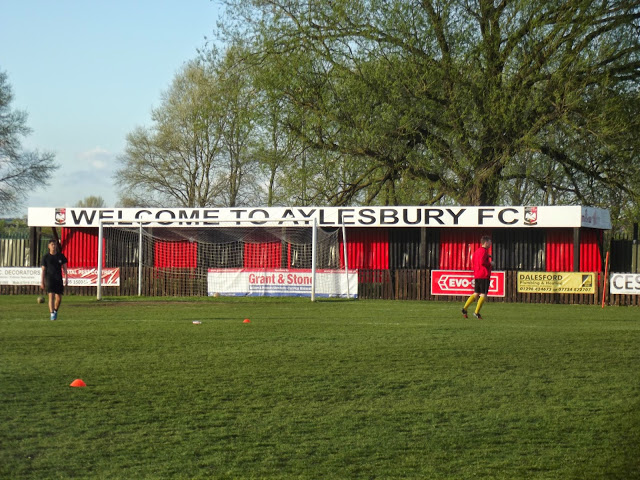 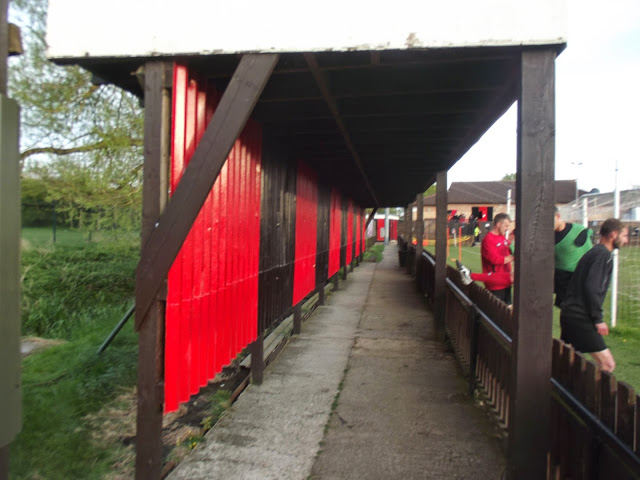 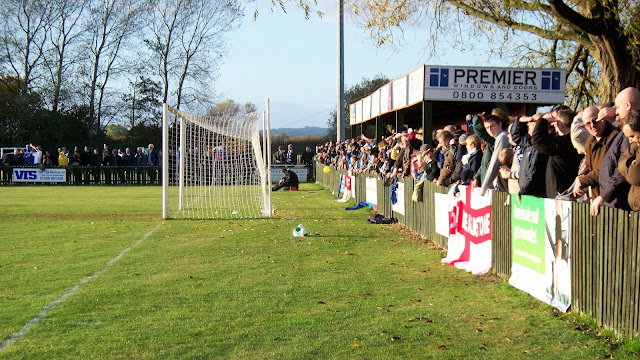 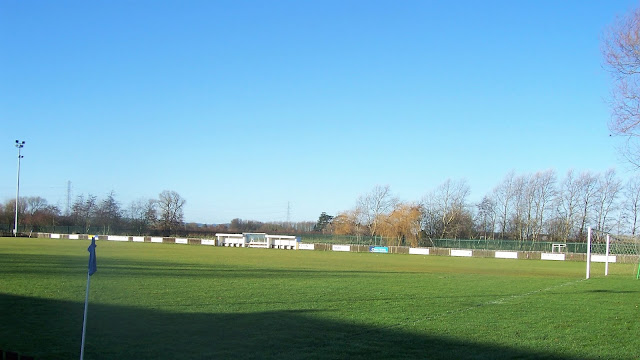 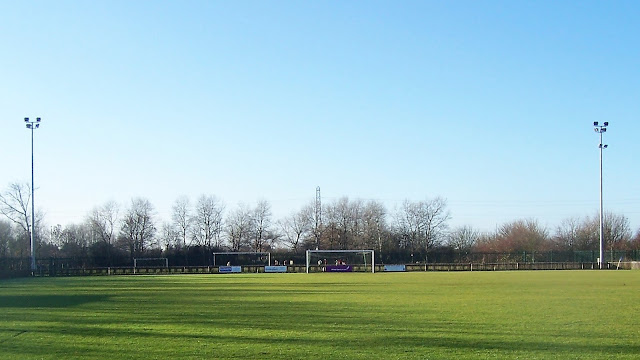 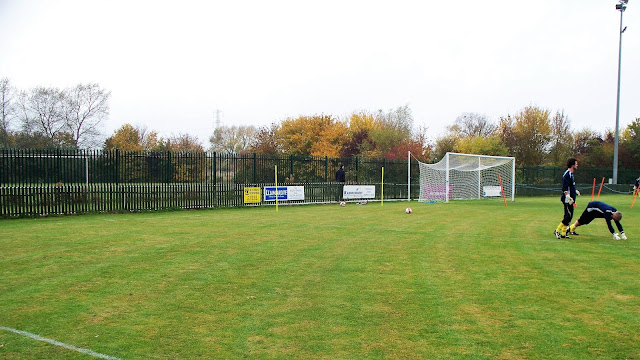