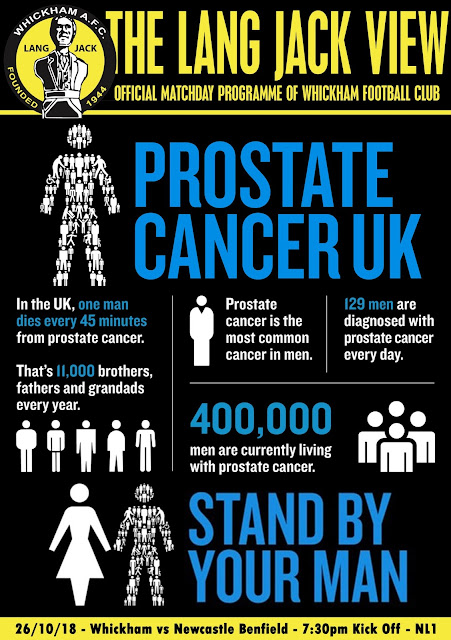 The club was founded in 1944 and was originally called Axwell Park Colliery Welfare. They started out in the Derwent Valley League before progressing to the Northern Combination. At some point over the years, they switched to their current name and joined the Wearside League in 1974. They were champions of the league four years later and were runners-up in 1981 and 1985, however, it was not until their second league title in 1988 that they would take the promotion. Their first season in the Northern League was a great success, finishing 3rd behind Consett and Alnwick Town in Division 2 to earn their second successive promotion. They'd last three seasons in Division 1, their first couple of seasons producing 15th place finishes which remain the best in the clubs history. Since then, aside from a couple more seasons on Division 1 between 1995 and 1997, they've spent the entire time in the second tier, with mainly top half finishes. Last season saw Whickham finish 3rd behind Blyth & Hebburn Town to earn a place in Division 1 for the first time in 21 years. They currently sit in 16th place - just outside the relegation zone on goal difference

By far the best run in the FA Cup for Whickham came during the 2003/04 season. That season they won 3-0 at Garforth Town, 2-1 at Hebburn Town (in a replay), 2-1 at home to Armthorpe Welfare (again after a replay) before a 5-0 defeat at Chorley in the 2nd Qualifying Round. They won the FA Vase in 1981 beating Willenhall Town 2-1 at Wembley as well as making the semi-finals in 1979 and 1984. Local cup wins include the Ernest Armstrong Memorial Cup in 2007, the Durham Challenge Cup in 2006, the Wearside League Cup in 1987, the Vaux Challenge Cup in 1987 and the Northern Combination League Cup twice. Well known former player include Richard Brodie who scored 21 goals in 35 games as a youngster between 2004 & 2006 before going on to play in the Football League with Morecambe. The town of Whickham has a population of 16.652 and is part of the Metropolitan Borough of Gateshead. 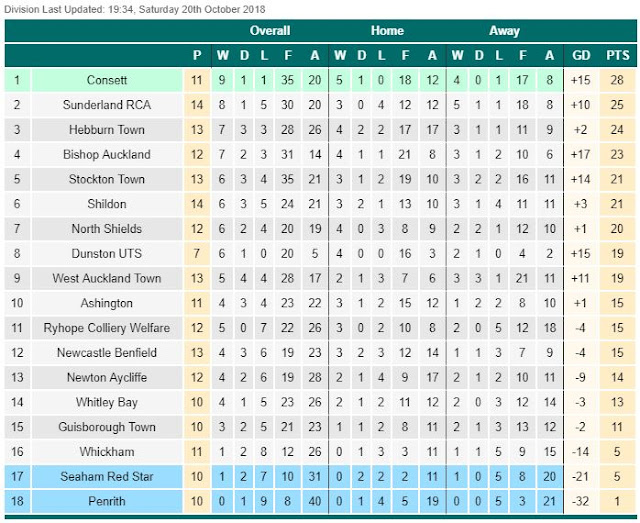 Back when I booked this weekend off in August, I'd been hoping to do another weekend in Belgium. But I'd already missed the boat (or train) for cheap tickets and I was unable to secure a suitable late deal using their late 'snap' deal. I was determined to make the most of my time off to watch some games, but I'd have to travel a long way to see a game on a Friday night if I wanted to see a new ground. The Northern League, the Welsh League and the South West Peninsula all offer Friday night football on a regular basis and their clubs enjoy vastly increased crowds as a result. But they were in the far corners of the UK and with no leagues within reasonable distance offering a game, it would have to be an overnight stop unless I fancied getting home at 3 am. I eventually plumped for Whickham, a namesake of my own team Wycombe who were facing Newcastle Benfield. A bed and breakfast in Hebburn was booked for £30 for the night and plans were made to make the journey via public transport once I'd parked up at my B&B - via a few pubs of course. It had been a mixed week footy wise - Wycombe winning two home games against Scunthorpe and Rochdale, but then getting a stinker of an FA Cup draw in Luton away. We've played them every season for ages, so the opportunity to go somewhere new was lost which was a big disappointment. 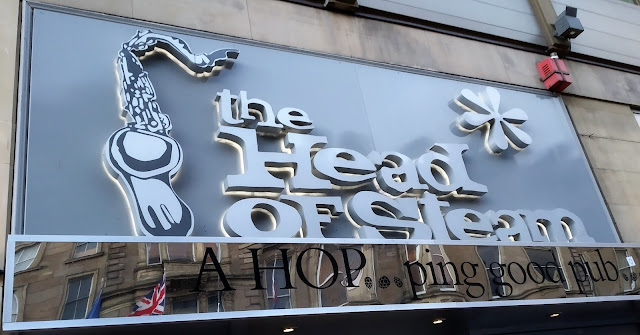 Initially, I'd planned to leave as soon as I woke up on Friday but annoyingly, that was at my normal work time of 4 am. I tried with varying success to get back to sleep, eventually getting up at 7. After I'd had breakfast and got ready, I left at 7.50, taking the cross country route via Aylesbury to cut off a few miles on the way to the M1. I stopped at Tibshelf services for a drink and had to join the A1 further up due to an accident but I was in Hebburn by 12.45. As I had time to kill, I went for a look at their football ground which was very smart, soo got some pictures. I checked into my accommodation at 1pm and had a brief rest. I then headed out to Newcastle to visit an off license, but I had two important things to sort. First was lunch with a local chippy doing doner meat and chips for £2.70 which was nice enough but kick-started a typically unhealthy weekend away for me. The second was to get a new battery for my car key which had died and led to me using the emergency key to get in and out of my car. I got to Newcastle just after 2 and as usual, was distracted. First port of call was Wetherspoons number 173 for me, the Mile Castle. Here I had a pint of Rich’s Legbender whilst I caught up with things. It was very busy for a Friday afternoon, but thankfully the place was massive so I grabbed a table. From there I went to Poundstretcher who had a six pack of the batteries I needed for £1.99. I dread to think how much Renault would have charged to change it, they certainly make changing the battery as difficult as possible so that less savvy people are taken in. From there I headed back to the station but not before stopping at a football bookshop called ‘The Back Page’ and another Wetherspoons, The Keel Row, where I had a pint of Thistly Cross Whisky Cask for £2.99. I then got my ciders to take home at Centrale before going back to my room to drop them off. Happily, the change of battery had sorted my car key too. 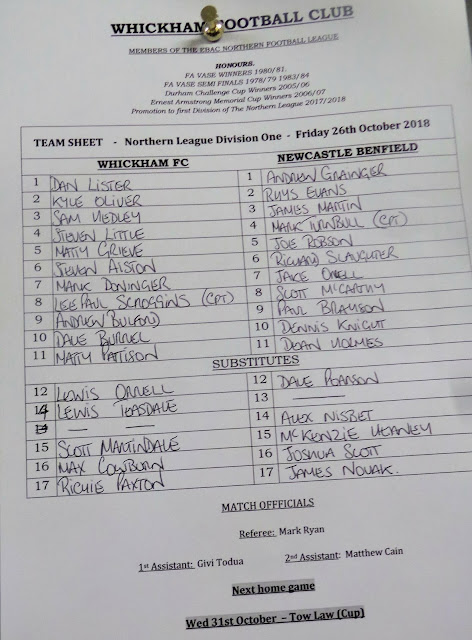 Time was getting tighter by now so I ditched my original plan of heading to Byker and instead headed to Newcastle city centre as it was closer to the bus I needed.plan and headed to the Head Of Steam. Then it was a cash machine before the split Chimp I had a great pint there before my bus to Whickham. From there it was a short walk via a Chinese takeaway to the ground, the standard £6 plus £1 for a programme. Whickham started well and took the lead on 18 minutes when Andrew Bulford caught the visiting keeper out of position and finished from an acute angle. Newcastle Benfield had a couple of players that I recognised and one of those, former football league striker Paul Brayson equalised on 25 minutes, tapping home a cross from close range. Jake Orrell gave the visitors the lead on 32 minutes as he swept home a shot from the right flank. The game fell into a bit of a lull for a while, but there was a grandstand finish. Firstly Whickham equalised on 78 minutes, Bulford getting his second as he finished into the corner of the net from 6 yards. That goal had come against the run of play, but soon enough, Benfield were back in front after sloppy defending allowed Dale Pearson to finish from a few yards out. The hosts had Steven Little sent off near the end for use of his forearm to stop his opponent getting the ball, at the time it didn't look that bad. Whickham wouldn't lie down however and six minutes into injury time Bulford completed his hat-trick when he deflected a long-range shot past visiting keeper Andrew Grainger.

It had been a great game, at least late on and Whickham's push had deserved the equaliser. I'd expected a quick bus back but having missed the previous one by a whisker, the second one was delayed by 15 minutes leaving me waiting at the stop for over half an hour. It was nearly 10 by the time I got on and was heading towards Newcastle. I put in the Free Trade Inn as my destination and it told me that I'd have to walk from Gateshead. It was a mile walk along the Tyne with some nice views along the way. I got there at 10.40 and had a pint of Hallets Heartbreaker. I was far from heartbroken after meeting a lovely pub dog so I got a second pint from Harleston. This was OK but not as good as the first. Finally, it was a pint of Peariscope from the Tiny Rebel brewing company which was probably the best of the lot. The last of the pints was enjoyed overlooking the Tyne. With it being nearly midnight my now, the public transport had packed up. I didn’t fancy a nigh on 2-hour walk back to my hotel so I ordered a Taxi on my Gett app. It was more than I’d have liked at £16 but at least I was back fairly quickly. I went to sleep straight away having enjoyed a decent night out. 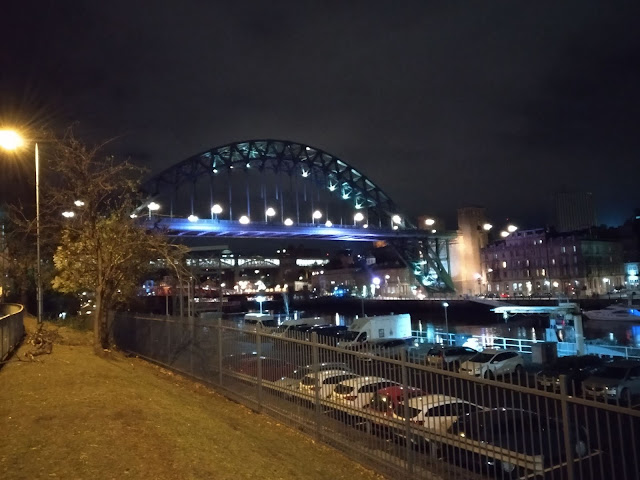 THE GLEBE is one of the more basic grounds in the league. There's just the one area of cover, unusually it is behind the goal. It's comprised of bench seating, around 250 in total, plus 50 standing spaces. Another two sides of the ground are hard standing whilst the other is officially out of bounds as it is shared with the local cricket club. The tea bar at the ground did the job and was well-priced, but I didn't check out the bar or merchandise. The town is not far away and has a number of takeaways and pubs. 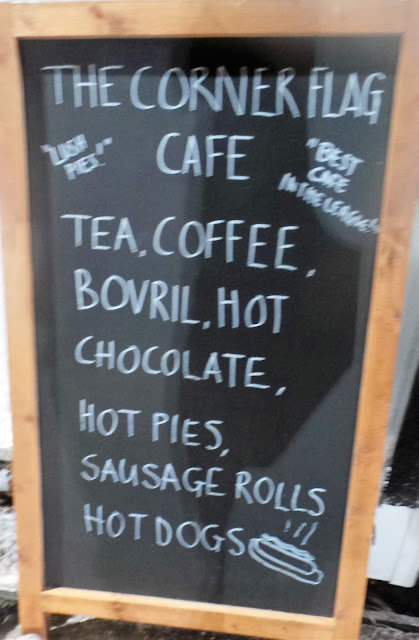 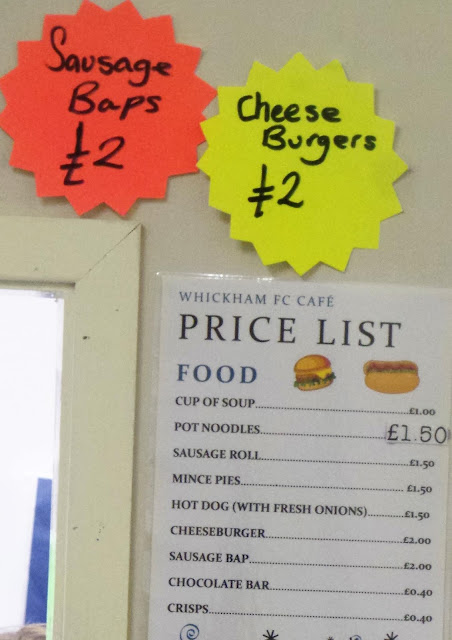 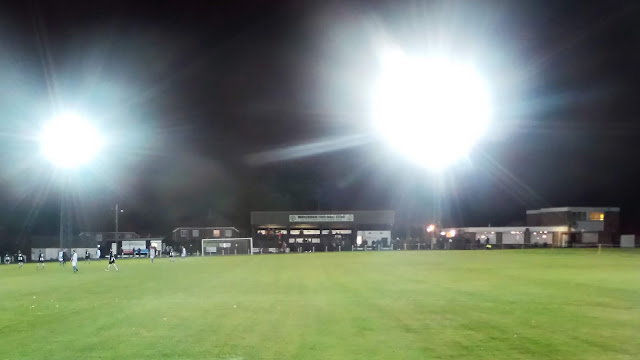 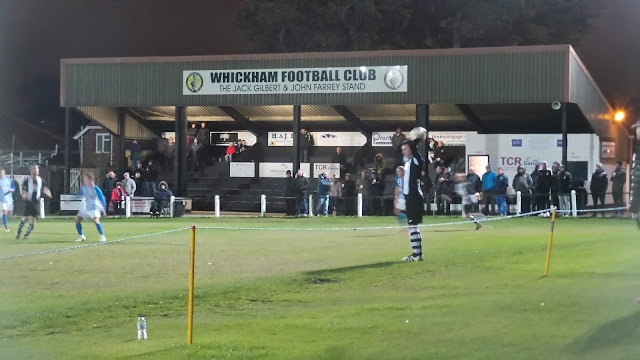 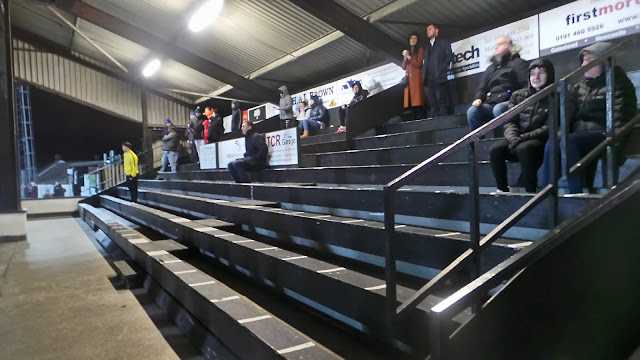 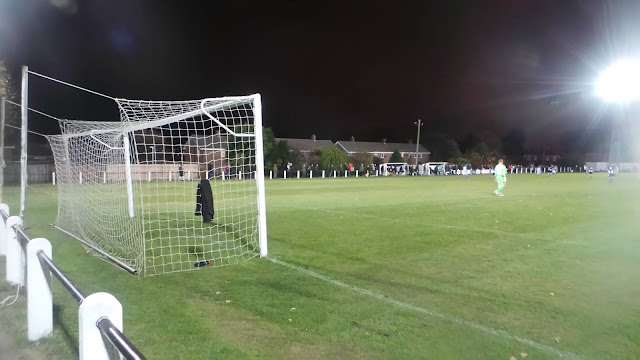 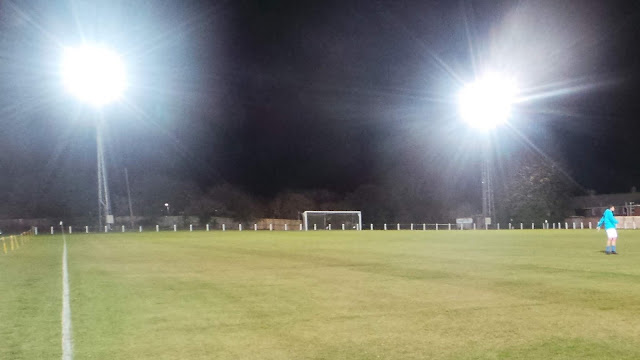 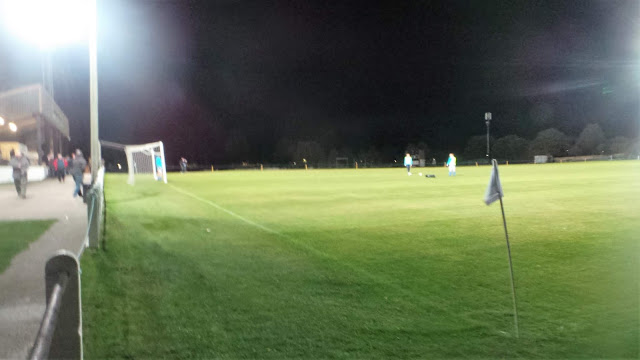