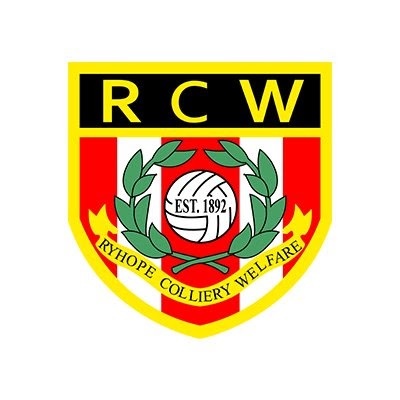 The club was formed by the coal miners of Ryhope in 1892. They've played in the Wearside League for pretty much their entire history, winning it on 7 occasions. Between 1988 and 1982 they were known as Vaux Ryhope following a merger with Sporting Club Vaux. Since 2015 they have been officially known as Sunderland Ryhope Colliery Welfare in an attempt to raise the clubs profile but they are generally referred to by their former name. The 2012/13 season saw the club making its bow in the Northern League Division 2, but despite finishing as runners-up to Crook Town, they were demoted back to the Wearside League. With the required facilities in place, a runners-up spot behind Stockton Town in 2014 was good enough to see them promoted back up to the Northern League. Another runners-up spot, this time behind South Shields in 2016 was good enough for promotion to Division 1 and last season saw their best-ever finish of 11th. Notable cup achievements include reaching the FA Cup 1st Round in 1967 where they lost 1-0 to Workington, at the time a Football League side.

But it was not them that I was going to see, but Sunderland Ryhope Foresters who had a game in the Sunderland Over 40's League. They were sitting in 10th place and would have a good chance against Easington Colliery CIU who were a point ahead in 8th, having played a couple of games more. They'd been in the Premier Division since 2015 following a 3rd place finish in Division 1 and had even finished as high as 3rd in the Premier Division in 2017. The club appears to be associated with the nearby Foresters Arms Pub, which gets decent reviews on Google. The town coastal village of Ryhope is part of Sunderland and has a population of 10,484 according to the 2011 census. It was a colliery town up until 1966 and is currently home to the Ryhope Engines Museum. Famous people from the village include former footballer Mick Buxton who also managed  Huddersfield Town, Scunthorpe United and Sunderland as well as actor Ronald Radd who had an extensive career in TV and film including the Avengers and Z Cars. 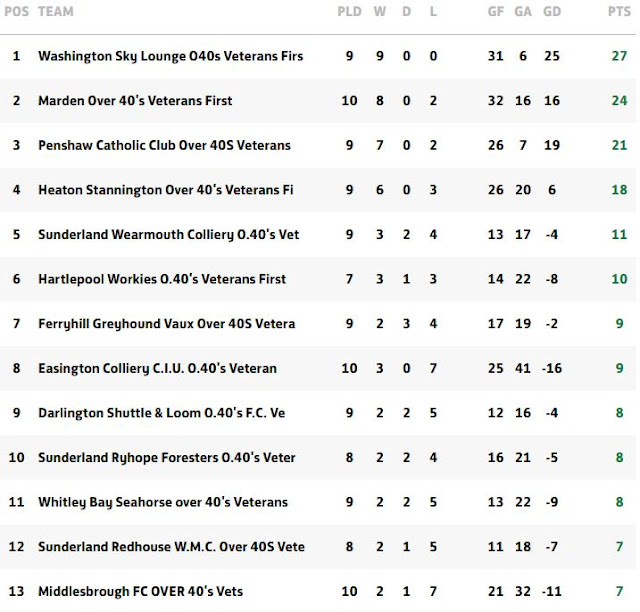 When I initially planned this weekend away in the north east, my early game on Saturday was going to be Middlesbrough v Derby County as I really fancied revisiting the Riverside Stadium. But when I investigated further, I found that tickets were an expensive £30 and getting to a 3PM game would be very tight. I didn't hold out much hope of finding an alternative, but as ever in situations like these, I was helped by a few fellow hoppers on Twitter. One pointed me in the direction of the Sunderland Over 40's league and another gave some good information on the venues. After cross-referencing this with the fixture list on the FA Full Time website, I drew up a shortlist. One was near my hotel in Hebburn, but the other two were in Sunderland, one of them apparently being played at the home of Ryhope Colliery Welfare. With a backup five miles away, I decided that this would be my game, knowing that I could make the quick dash to Sunderland Redhouse should my original choice be called off for any reason - a scenario that happened with a Sunday game at Fryston Miners Welfare earlier this year when I had no backup in place. 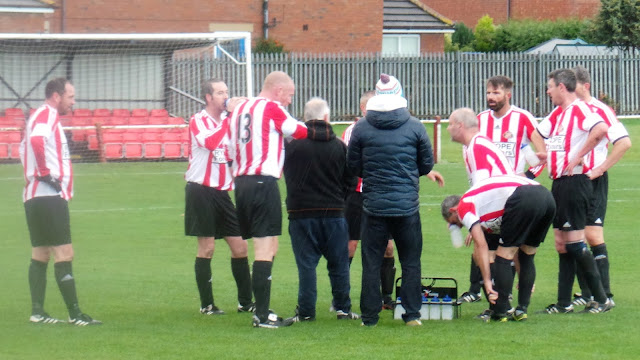 On the day of the game, I awoke at 8 after a reasonable nights sleep. I had a shower and got ready before leaving at 8.40. Breakfast was needed so I stopped at Morrisons in Jarrow and had a nice fry up. After looking around the shops, I headed for the game, hoping it was still on as there had been a fair bit of rain and even snow. I was reassured to see activity when I got to the ground with a couple of hardy players warming up and around 10 spectators. Despite the hosts being a Sunderland fan, their keeper was proudly sporting his Newcastle United top. The rain was not abating so I was glad of the cover. A Foresters player went off injured early on, but it was they that were on top. They took the lead after 16 minutes when the number 4 neatly slotted into the bottom left-hand corner from just inside the area. The visitors came close on 20 minutes but a good save and a charged down shot prevented them equalising. It was all square on 33 minutes when a player controlled well, squared the ball to present the number 6 with an easy finish. Barely any time was taken for halftime but the second half saw Easington come out on top. They made it 2-1 around 25 minutes into the second half when number 11 followed up after the initial shot was blocked. It was 3-1 ten minutes from time when a penalty was converted following a foul on the edge of the area. The game was over by now but a long-range effort, possibly an own goal made it 4-1 in what had been a combative game. 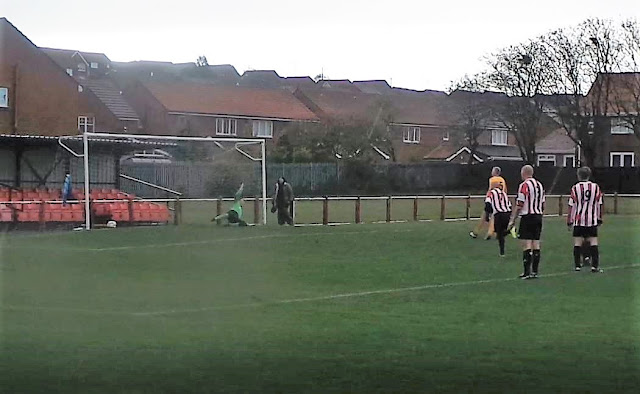 RYHOPE PARK is a decent venue that has seen improvements in recent years to bring it up to standard for step 5 football. There are two covered areas, one that provides shelter for those to wish to stand, this is situated on one side towards the far goal. It holds 100 and is the best place to keep dry and also get a good view of the game. The seated area is behind the goal and like a lot of grounds is a metal 'Arena' unit. The rest of the ground is open hard standing. Though the tea bar was not open on my visit, it looked to offer a good range, but if not there were a few places within walking distance. 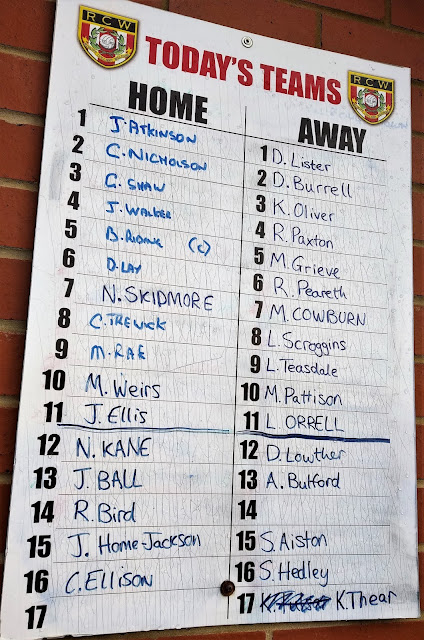 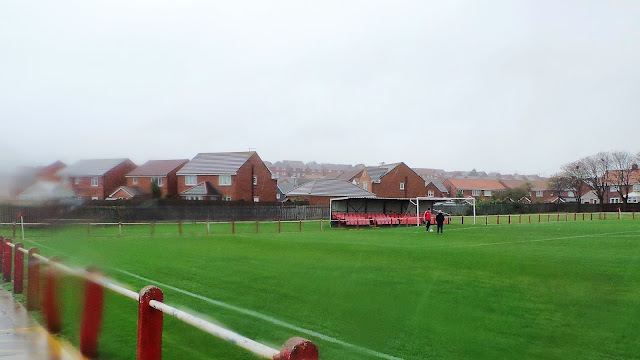 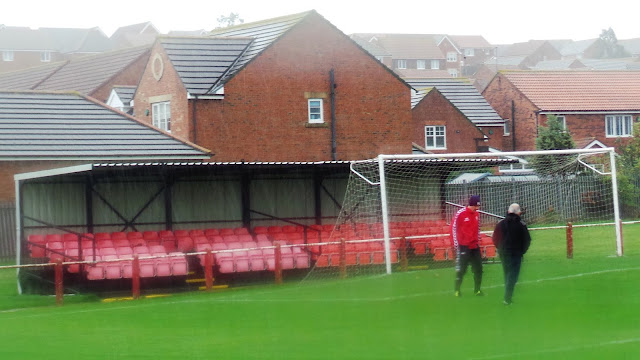 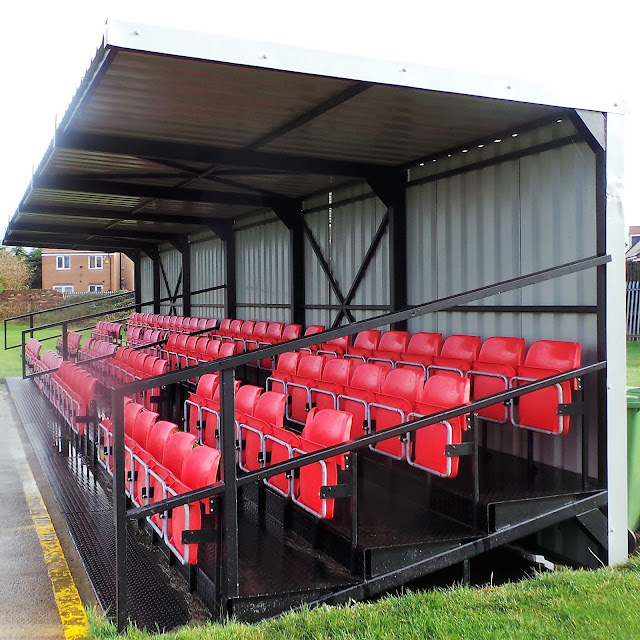 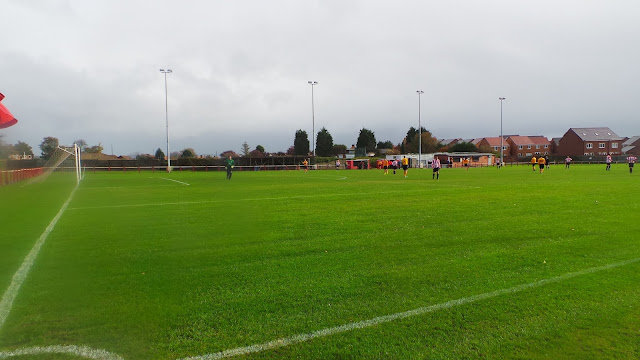 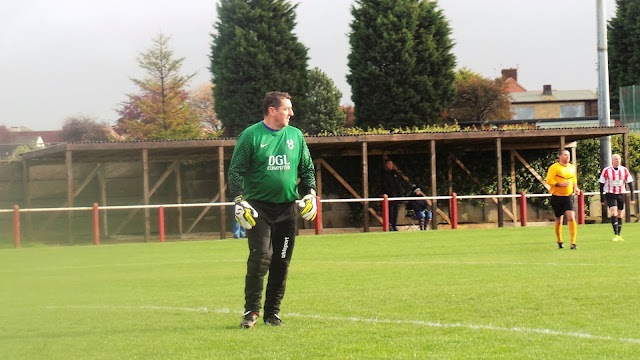 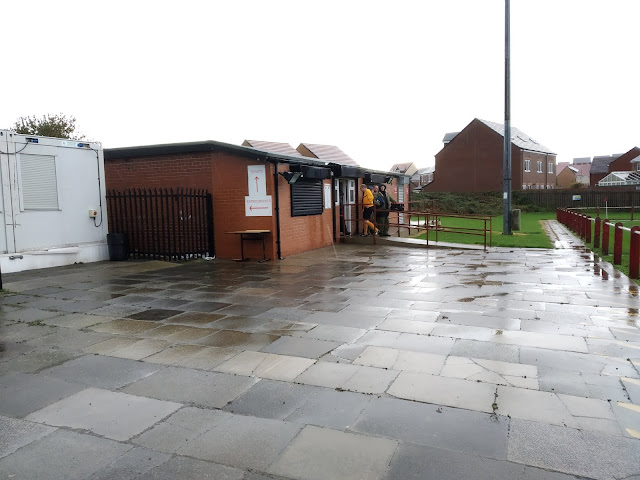 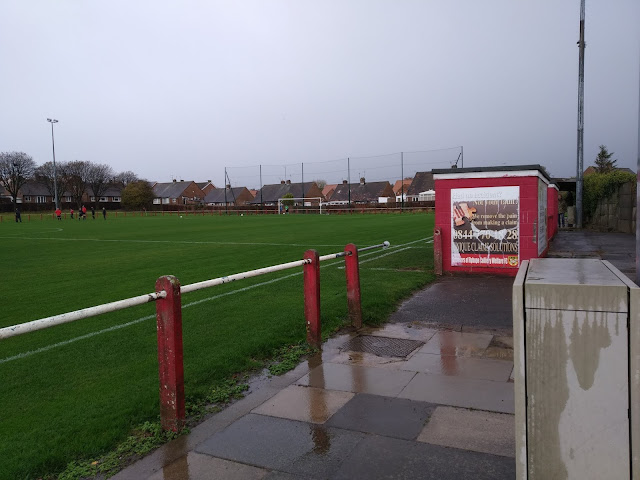 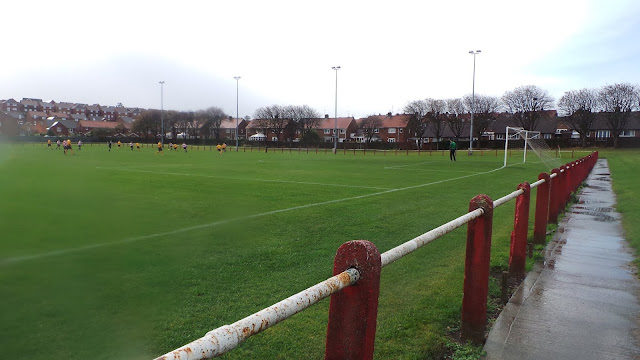