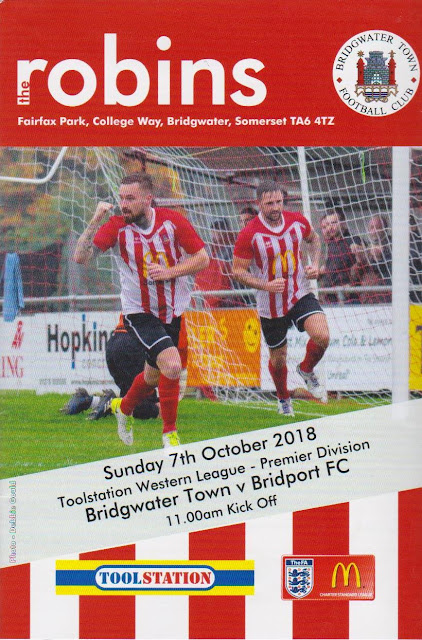 The current club was established in 1984, though there were three previous clubs in the town - Bridgwater (1898 - 1902) Bridgwater AFC (1903 - 2014) & Bridgwater Town (1921 - 1984). The latter of these clubs had folded due to the lack of support and high cost of travelling, following their promotion to the Southern League. The new club took the place of the former club's reserve team but were relegated from the Somerset County Division 1 in their first season. The next two seasons saw a double promotion to the Premier Division and the club were Somerset County League Champions three times in a row between 1990 and 1992. A runners-up spot in 1994 was good enough for promotion to the Western League with Bridgwater Town starting out in Division 1. They were league winners two years later and won promotion to the Premier Division. They'd remain here until 2006 when a runners-up spot behind Corsham Town was good enough for promotion as the champions did not wish to go up. They'd spend ten seasons in the Southern League D1 South & West, the highlight and best finish in the clubs history coming in 2010 as they finished 3rd, losing an exciting playoff final 4-3 to Cirencester Town. After this followed a period of bottom half finishes with the club finally returning to the Western League in 2017 after finishing bottom of the table. Last season saw a decent 8th place finish and this season has seen the team making a flying start with them sitting top of the league before this weekends games.

Though the previous club reached the FA Cup 2nd Round, the best the current incarnation could manage is the 3rd Qualifying Round - losing 3-2 at AFC Totton in 2009 and 3-0 at home to Bath City in 2013. The same can be said of the FA Trophy with the 2nd Qualifying Round and a 3-0 defeat to Bognor Regis Town in 2012 their best progress. A decent run in the FA Vase was enjoyed in the 2004/05 season as Highworth Town, Amesbury Town, Liskeard Athletic, Exmouth Town and Winchester City were beaten before a 1-0 defeat to serial finalists AFC Sudbury who went on to lose their third final in successive years. Local honours include the Somerset Senior Cup in 1994 and 1996, whilst the record attendance of 1,112 came against Taunton Town in February 1997. Famous players to turn out for Bridgwater Town include former Wycombe midfielder Steve Thompson who played for them at the age of 46 in 2009. 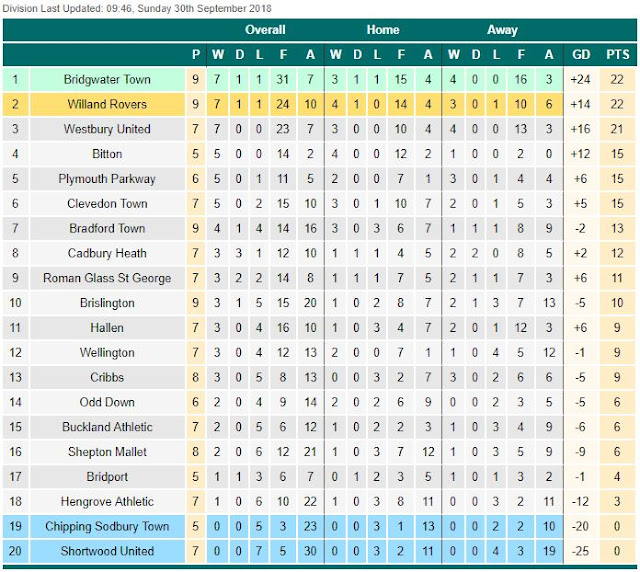 I'd really enjoyed the past couple of Western Hops and had been able to make most of the games as Wycombe had away games on both occasions. My luck was to run out though this season with a home game scheduled for the Saturday. I could still make the Sunday games though and back in June, I booked the time off work. There was nearly a last minute change of plan as Lancing announced that their FA Cup game against Hendon would also be on Sunday. In the end though, the fact that Lancing had a 3G pitch and Bridgwater was a fair distance from home meant that the Western League double won out. I'd preferred it to have been a treble, but the current format is tried and tested and is favoured by those who have work on Monday which is fair enough. I'd tried to go to Bridgwater on local teams away coaches last season to no avail but I did at least manage to tick off Taunton (with Kidlington) and Barnstaple (with Didcot) in a cost-effective manner that also helped out the visiting club in a small way. 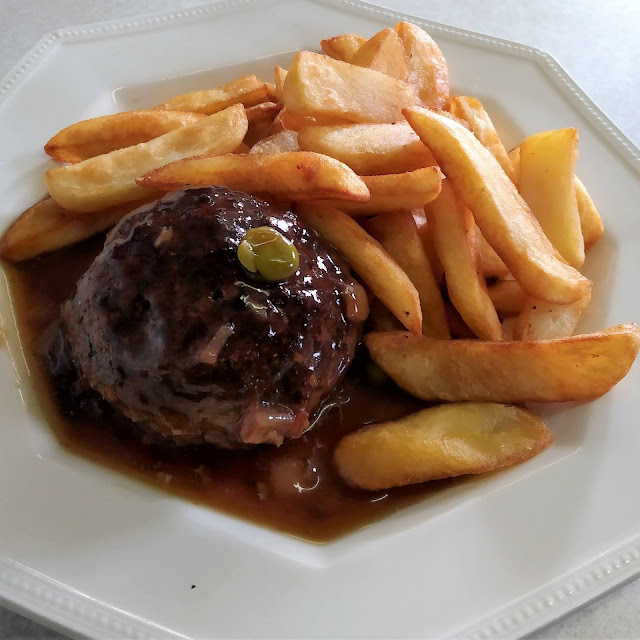 The day of the game came and I had my alarm set for 7 am. After getting dressed and having breakfast, I left at 7.40. It was a good run down to Somerset and I was at the ground by 10. I sat in my car for a bit before catching up on Twitter. I arrived around the same time as the Groundhop UK minibuses that had been christened Zippy & Bungle for identification purposes. Entry was a very reasonable £6 and a programme and team sheet were £1. Like Brislington on Friday, there was a good merchandise stall and so I picked up a pennant for £3. I then headed to the bar for a bottle of Moles Black Rat cider, a very nice drop made in Melksham that you don't see on offer that often. From there I headed to the sit-down cafe where very nice faggot chips and gravy was had for £3. I also got a Bovril later and picked up a few old programmes for £2 from a trader. They included the 1981 Norway v England programme, a game best remembered for the Norwegian commentator going on a crazy rant with a line something like 'Anthony Eden, Sir Winston Churchill, Maggie Thatcher, can you hear me. Your boys took a hell of a beating, your boys took one hell of a beating' after his side beat England. 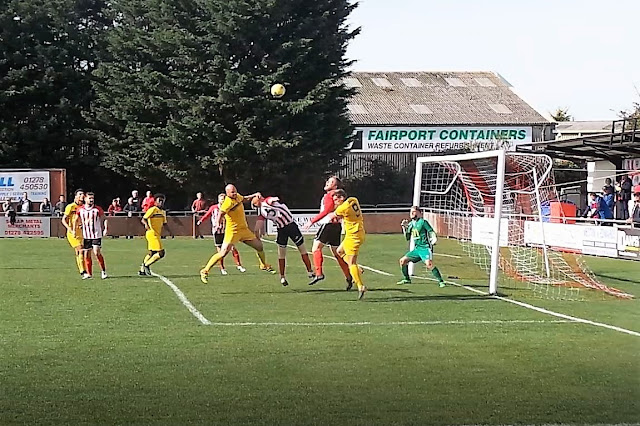 As for today's game, looking at the league table, it should have been an easy home win. But it was the visitors Bridport that has the better of the opening stages with Sam Clark coming very close for his side after he fired a low shot narrowly wide after being set up nicely. The game got really physical and niggly and in particular, Bridport's left back Lee Sweet was forever on the officials' case about one thing or another. Bridgwater ended the half strongest, a header flashing narrowly wide of the post. The hosts continued to do better in the second half, they hit the var and forced a desperate goalmouth scramble just after the hour mark. The tide finally turned when Bridport's Andrew Martin was sent off for a bad tackle. This led to the only goal of the game on 74 minutes, Tom Ellis netting from close range to give his side victory in a far from convincing victory.

FAIRFAX PARK is a decent venue having seen service at a higher level. It has cover on all 4 sides, prise of place going to the elevated Tom Pearce stand which holds around 150. On the other side is a bog-standard arean type seated stand, this holding around 100. In addition, there's a decent amount of covered standing behind both goals. Facilities at the ground are excellent and the bar, tea bar and club shop are well above average for this level which is all good as the town is around a 20-minute walk away. 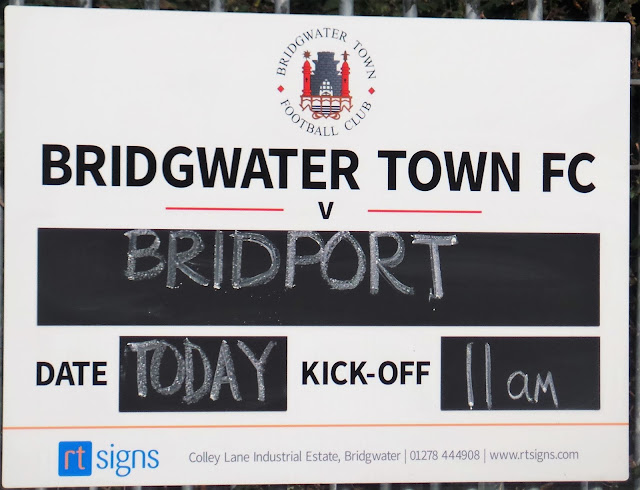 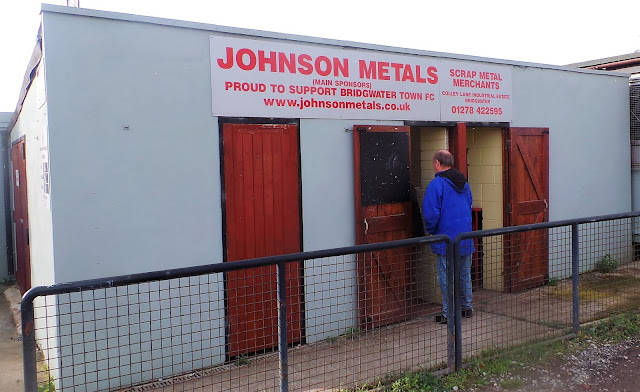 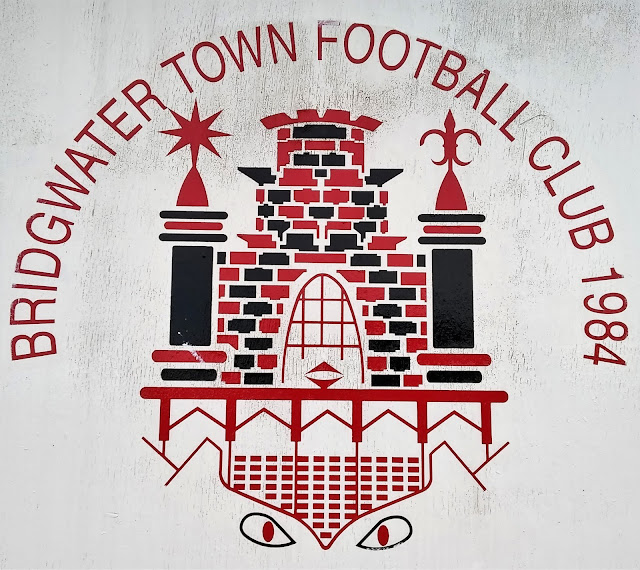 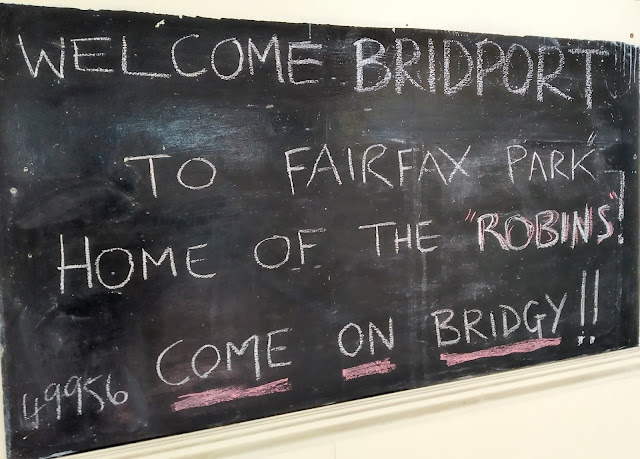 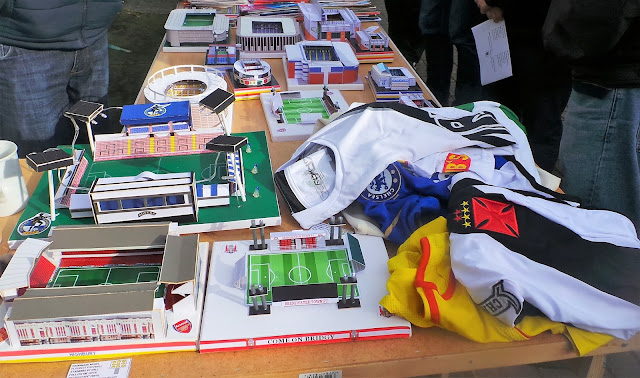 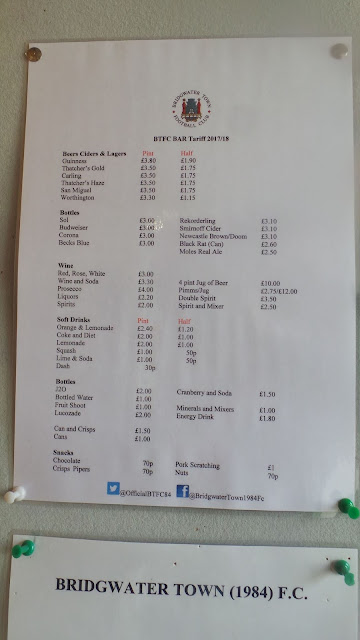 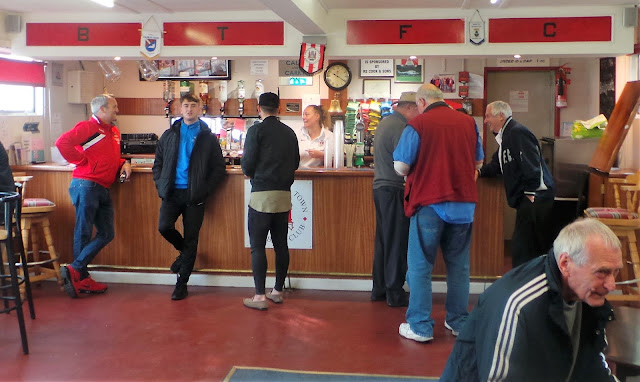 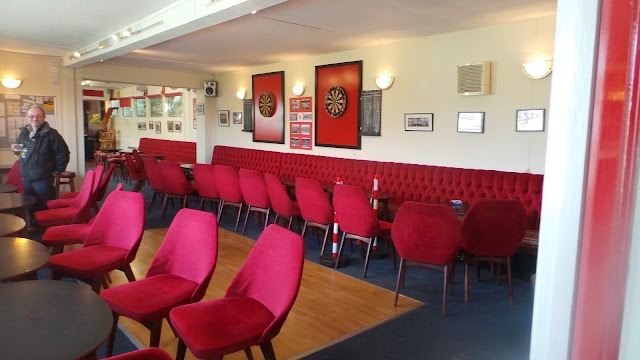 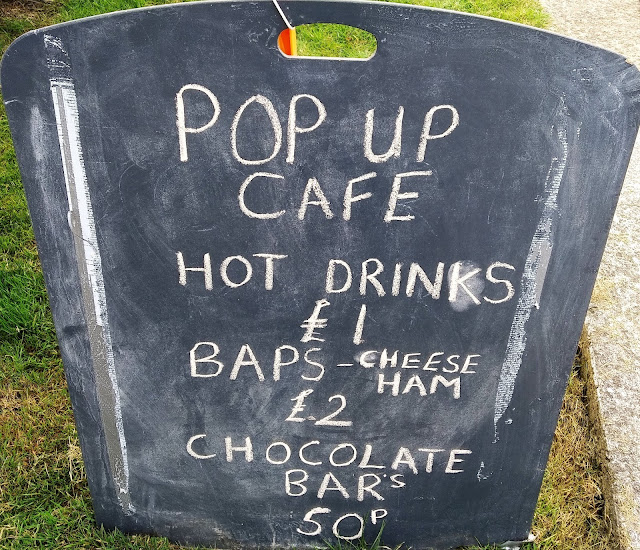 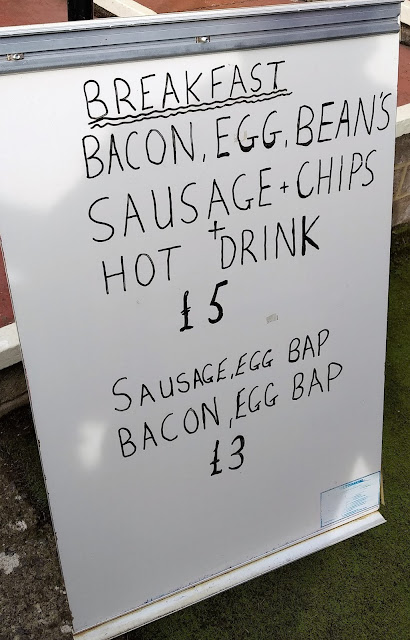 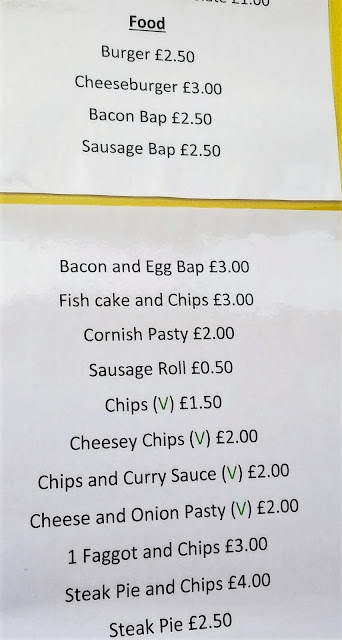 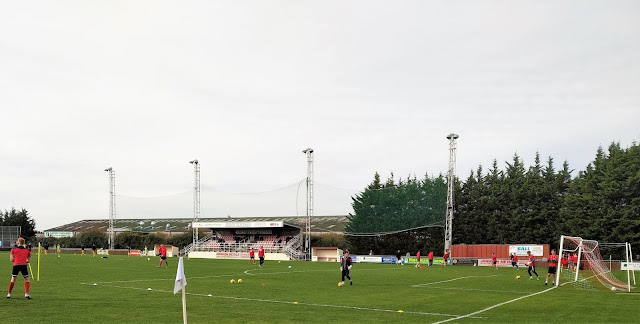 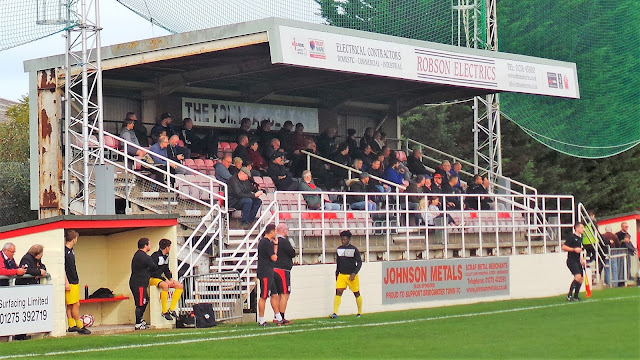 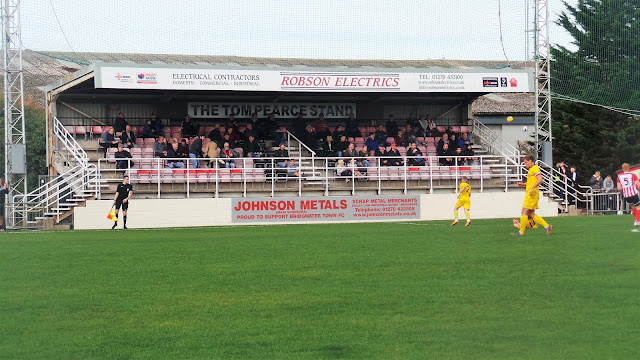 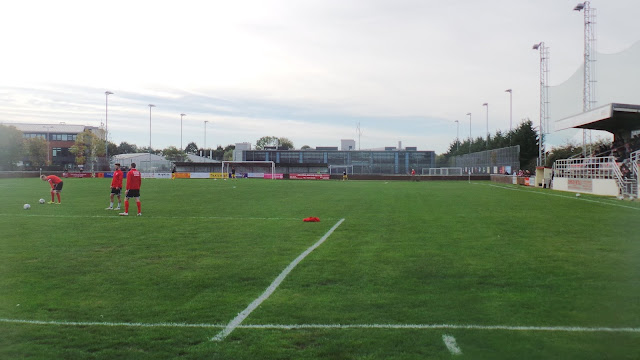 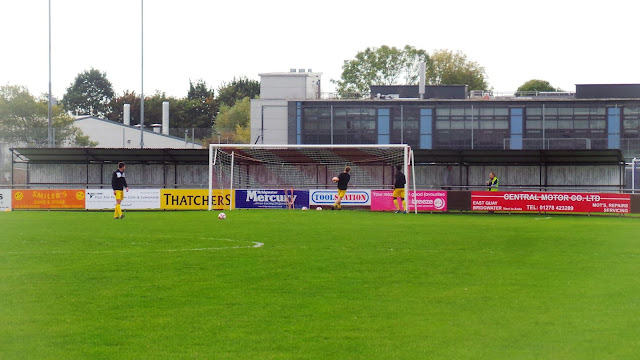 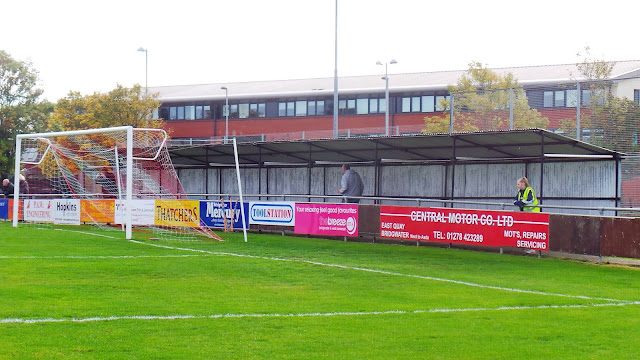 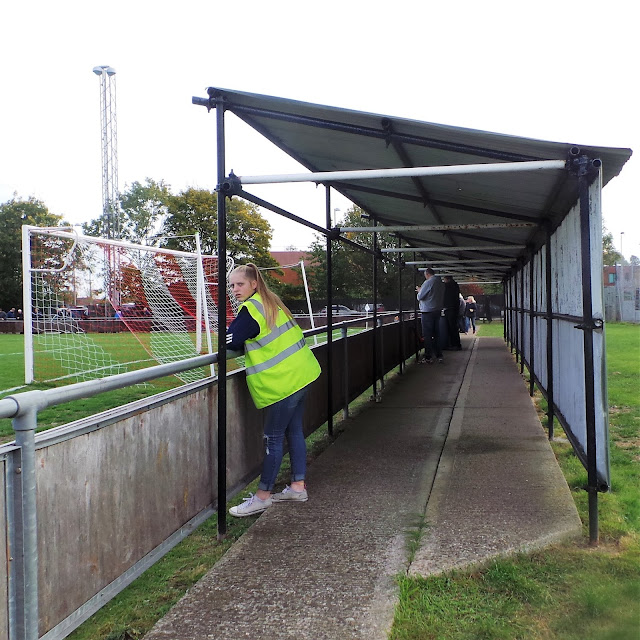 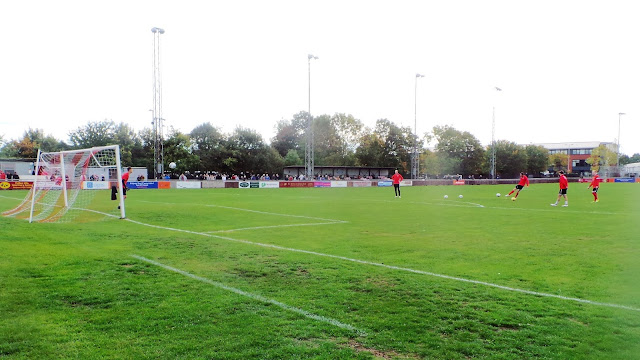 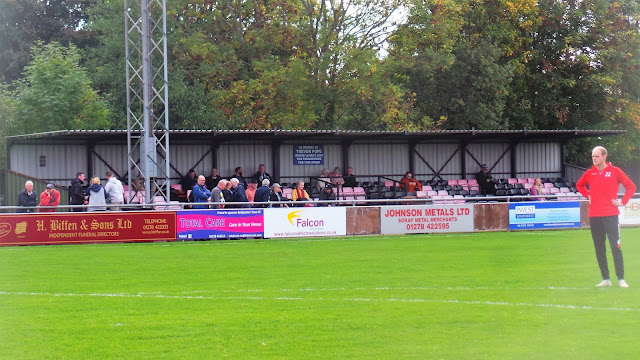 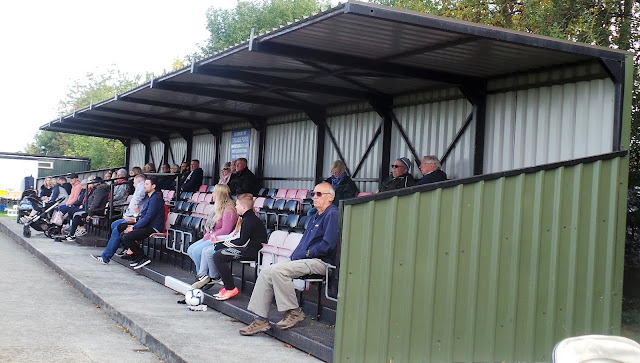 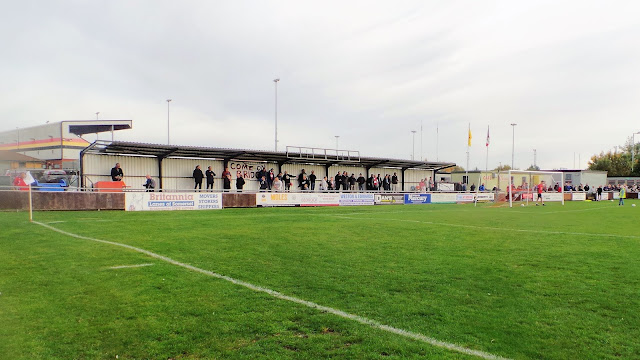 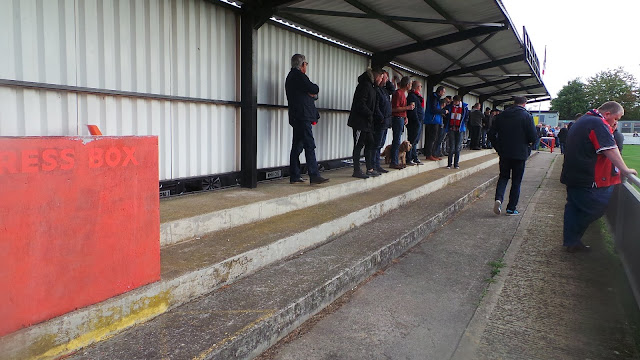 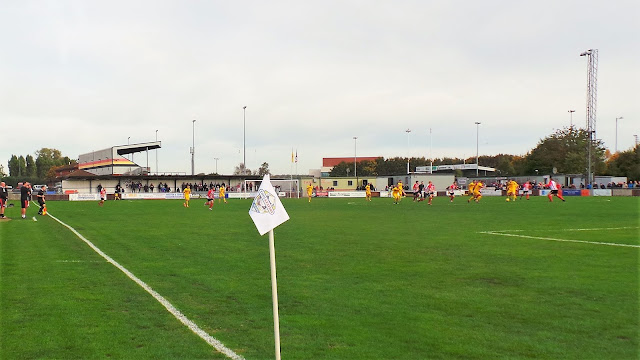