OFFENBACH KICKERS were formed in 1901. They’ve had a mixed bag in terms of history, hitting the heights of participating in the Bundesliga and winning the German Cup in the 60s and 70’s to the mid 80’s when financial difficulties saw them playing in the amateur Oberliga Hessen. Currently they play in the Regionaliga Sudwest, which is at level 4 of the German League system. Even so they still have impressive support with over 6000 at the game I went to.

I'd wanted to go to Frankfurt for a while, mainly because it was the main place for Apfelwein, the German version of cider. So back last November I booked a week off work, got some cheap flights for under £35 return and sorted the hotel and all the extras. It would be my first week off since October and I was planning to mark it with a feast of football, starting in Germany. Saturday was always going to be Eintracht Frankfurt, the closest club to the centre. Friday and Sunday were a little more uncertain and changed around a lot with me needing to take into account time factors when it came to flights. Offenbach Kickers was my 3rd alteration to my first day but it came with rave reviews and was slightly nearer than the previous option of FV Bad Vilbel. The night before I'd had a couple of ciders to kick start my 9 days off, hoping it would send me to sleep. It did but I woke up at 2am and couldn't get back to sleep for a couple of hours. So I watched TV and listened to the Two Mikes on TalkSPORT, eventually dropping off at 4 again for another couple of hours sleep. I got up at 7 and had a bath, as well as a bizarre breakfast of Sweet & Sour Chicken with egg fried rice. After getting all my stuff together and checking that I had all the essentials I left at 8.30. I was surprised but the journey was hitch-free, having had various problems doing the same route for some Friday night games recently. I got to the Jetparks car park at 9.50, though it was a bit of a pain finding a space with half of it closed off and the other half packed. I grabbed one of the few remaining spaces, though I had to leave some of my front end poking out owing to a huge Volkswagen Transporter van using some of my space. I was a bit annoyed to see the bus depart as soon as I got out of my car but there was another one along around 15 minutes later. It got me to the airport by 10.20 and although security took a while I was airside by 11. 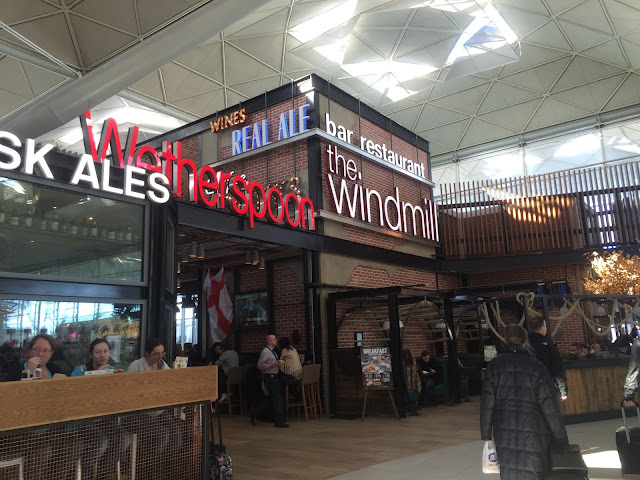 I had to pick up a few bits, including Toothpaste that I'd forgotten. I was expecting to pay rip off prices but Boots only charged 50p for a little tube. Once I'd done my limited shopping I made my way to the Wetherspoons in the airport, my 62nd in the chain and had a couple of ciders - namely Thistly Cross and Hazy Hog and this set me in a good mood for my journey. Soon enough it was time to board, gate 36 was pretty efficient though we were around 20 minutes late taking off. The flight was delayed even more on landing and we were stuck up in the air for ages while they cleared snow off of the runway. I was hoping it would be a little bit milder than back home but as it was I left warm sunshine at Stansted for wintery conditions at Hahn, the airport that masqueraded for Frankfurt in the eyes of Ryanair. It was actually 90km from the destination, hence the 'bargain bucket' price flights, the catch being that it was nearly 2 hours bus ride away from where I wanted to be. Overall there was a 40-minute delay to our landing time, meaning it was pretty certain that I'd have to get a bus that arrived an hour later and thus have to go straight to the game with my luggage in tow. The decision to pack light was looking a wise one, though if the bad weather persisted over in Offenbach, I might not even have a game at all. I was able to purchase a big bundle of data on my phone and so that took care of any updates about the game. I had a 50-minute wait for the bus to Frankfurt which cost €15 so I killed time by browsing the web and looking around the airport. 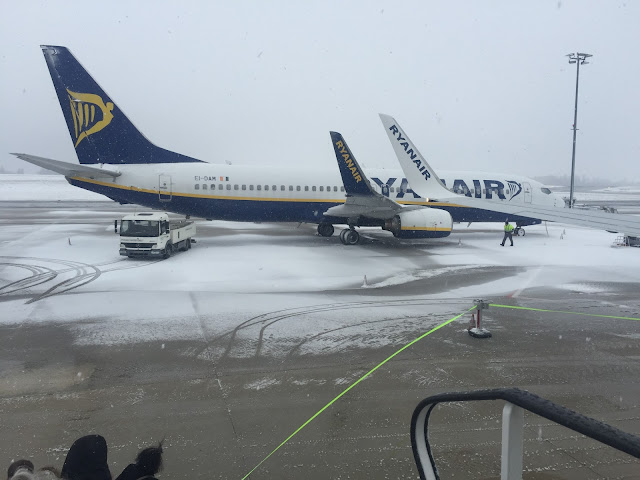 The journey to the centre of Frankfurt was spot on, arriving at 6.30 on the money. From there it was a little more complicated as there was no signposting whatsoever of the train I needed. I grabbed a train to Offenbach and then as I was pushed for time got a taxi to the ground. I might have been able to get myself out of it but as usual, my mobile provider EE was utter gash, offering pitiful speeds on the data bundle I bought with misleading claims about how much was in the bundle. I got to the ground at 7.20, thankfully the club shop was super helpful with the ticket & pennant I bought, costing me only €10 for a place on the side terrace. I went in and by now needed a drink, having my Apfelwein on the terrace while watching the game. The service was very slow and I missed some of the game, but I was feeling a lot better for it.  So the €12 I paid for the taxi turned out to be worth it. I also had another pint of Apfelwein at half time as well as some currywurst and chips. As for the game it was unremarkable, a dull 0-0 with the visitors looking the better side. 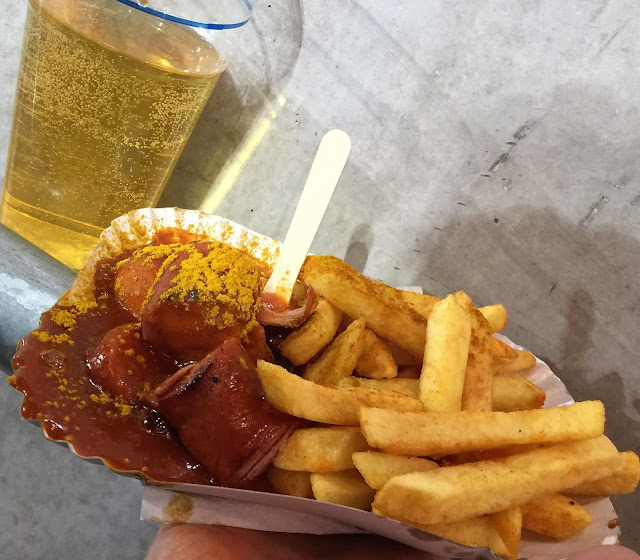 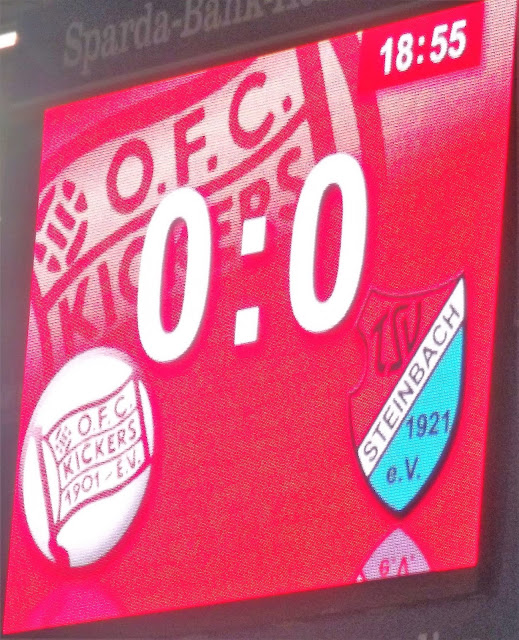 After the game, I searched for the local train station in vain, though I found it after asking a couple of helpful locals. At last, I was back at my hotel, which conveniently was right near the station that I got off. I checked in but sadly the bar was closed and so I put my things in my room, caught up online and attempted to download some offline maps so I could go to a sports bar for a couple of pints. I then went to a traditional German bar and finally an Irish pub before getting back to my hotel around half midnight. One thing I'd noticed with the Germans is that they are allowed to smoke anywhere, no being forced to go to special areas like in the UK. It had been a good night and I had a decent nights sleep after. 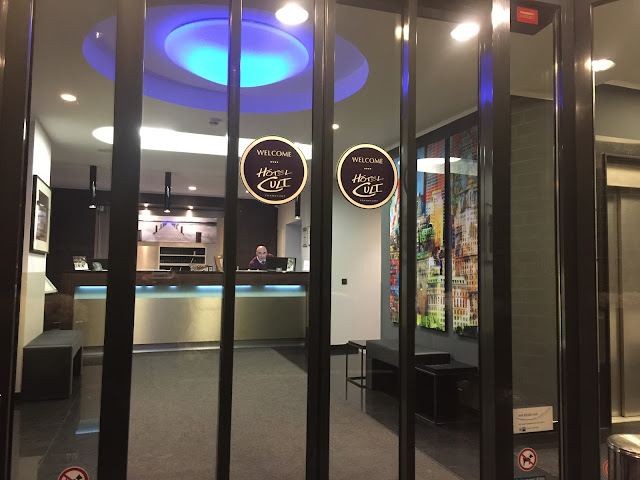 
SPARDA BANK HESSEN STADION is an impressive 20,000 capacity stadium that was opened in July 2012. Everyone there was super friendly and the facilities such as club shop and food & drink were impressive. You can have a pint of beer or Appfelwein while you watch the game along with your currywurst. The stadium is made up of 3 sides seating and a terrace on the 4th side which is where I chose to stand. There are a few places around the ground, but the fare inside the ground is varied enough to keep most people happy and prices are reasonable. 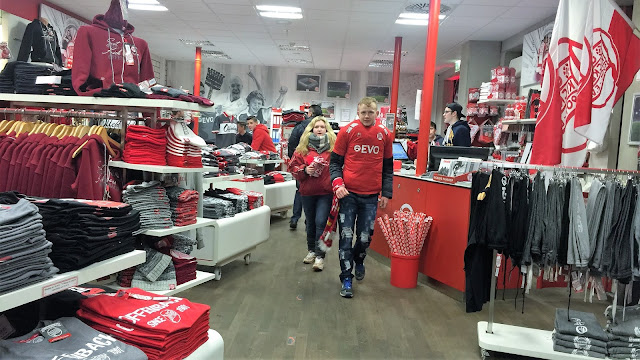 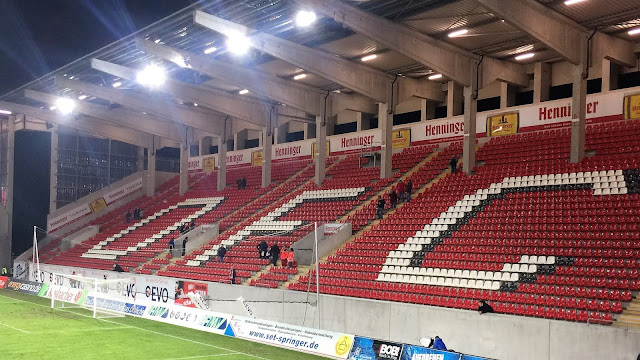 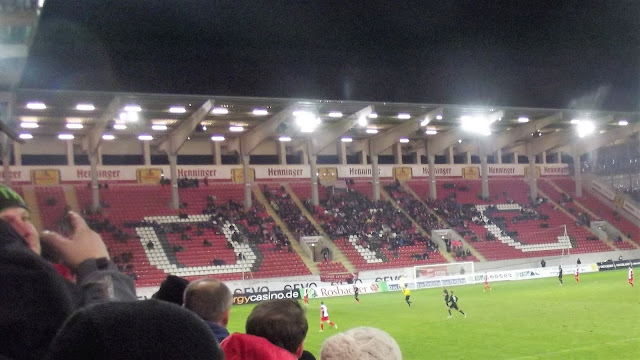 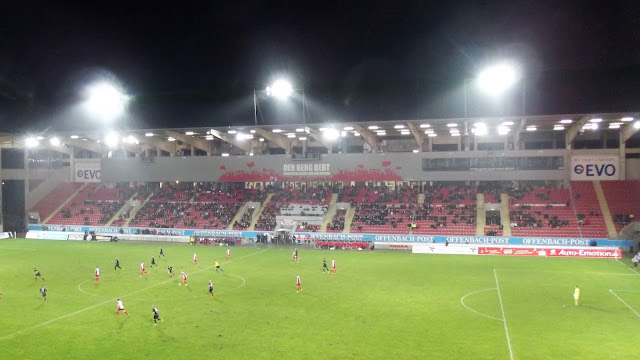 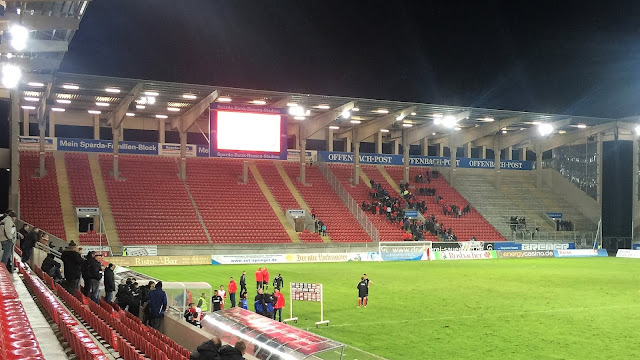 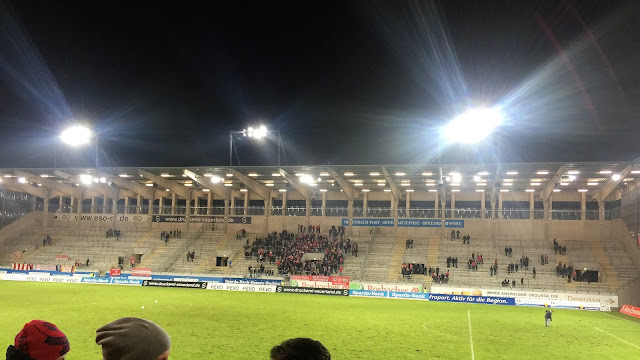