FV BIEBRICH 02 was formed as the name suggests in 1902. The first team currently ply their trade in the Verbandsliga Hesse-Mitte which is at level 6 of German Football. The height of their success came in the late '50s when they were in the second tier of German football, which became the third tier after the Bundesliga was established. The late '60s saw a decline and a tumble down the leagues. However, I was there to see the reserves who I am led to believe play in the local level 8 Kriesoberliga in the Wiesbaden group. The team are based in Wiesbaden, with Biebrich being the largest district of the town and being close to Mainz. 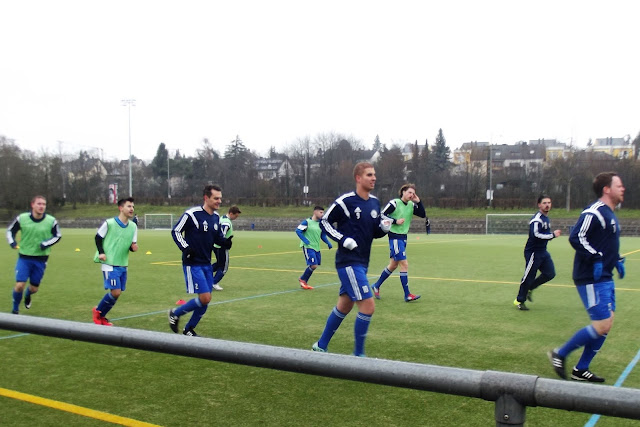 When planning my trip away to Frankfurt, I'd wanted to visit as many grounds and games as possible. I'd seen a few hoppers do morning kickoffs at decent enough looking grounds and so I enlisted their knowledge, especially as a lot of them were in Germany. The searches drew a blank at first, but then my friend Jens pulled a rabbit out of the hat, or to be more precise, a football fixture with an 11am kick off right near Mainz. It would mean a fairly early start, but I didn't mind that if it meant an extra game. My third day in Germany started with me waking around 3am, owing to me falling asleep at around 8.30 the previous evening. So I killed time by catching up on my YouTube subscriptions. After having a shower and getting my things together  I went for some breakfast. It was pretty decent and the sausage, eggs and various cold things filled me up and got me ready for the day. I stopped at my room briefly to pick up my bags before getting a train to the main station. There I made use of the luggage lockers to store my rucksack for the day. It was a lot easier having my small drawstring bag with me and not having to carry everything around. I then got a train to Wiesbaden Ost for my first game of the day - FV Biebrich 2 v SV Erbenheim. 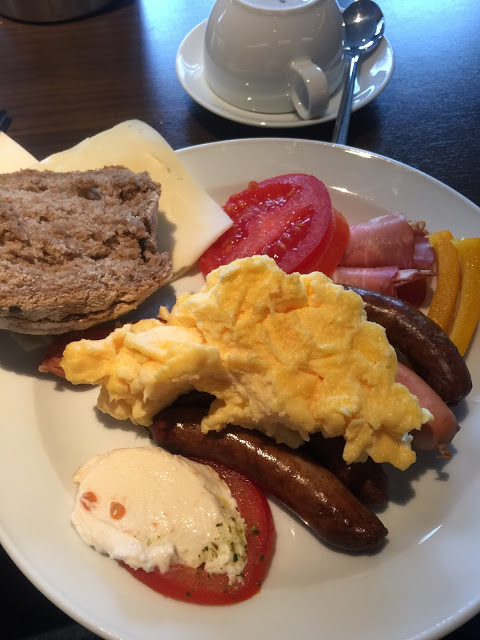 It was just under a mile to the ground and I arrived about 50 minutes before the kick off time. I paid €2.50 to get in and went around taking pictures of the ground. The game was being played on the second pitch, an artificial one with a few steps of terracing. The main ground was next door and there was plenty of time to get some photos of that as well. I'd only found this game a few days beforehand, thanks to my German groundhopping friend, Jens. I'd hoped to get something on Saturday morning too but even with his extensive knowledge and experience, he couldn't find anything for me. Annoyingly my batteries ran out on my camera with my spares still in the locker in Frankfurt station, so I was hoping to pick up some on the way, not the easiest things when a lot of places are closed on Sunday. It appeared as if Biebrich were playing in their red away kit, rather than the usual blue, as the visitors had bought the wrong kit and were playing in an Inter Milan style black and blue striped shirt. It was Biebrich who opened the scoring on 16 minutes after the keeper could only parry a shot and the rebound was easily followed up by his Kim-Oliver Scnoor. 25 minutes in and it was 2-0 from pretty much a very similar situation although the keeper should have done better for this one, with number Schnoor again the beneficiary. They made the game safe on the hour mark as Nikola Dimitrievski's shot from around 10 yards went in the bottom left hand corner. The game continued with the hosts having the better of the game and Erbenheim's cause was not helped when Tuncay Colak was one of 2 players sent off for a foul and his part in the resulting handbags that followed. Biebrich got a 4th with around 10 minutes to go. Usama Mouhyi who was a fair old size had a shot at goal which went straight through the keeper. 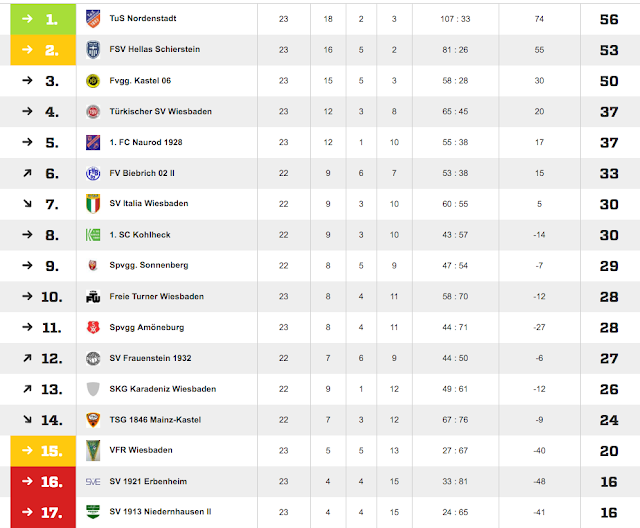 DYKERHOFF SPORTSFELD's second pitch is used for the reserves and several junior teams and appeared to be hosting a number of games on the day that I attended. It's an artificial surface, though it plays very well and obviously has no issues with the weather. Though It's a second pitch, it's still well worth a visit with several steps of terracing on one side, though no seats and very little cover. There is a snack bar selling hot drinks and snacks as well as soft drinks on occasion and there is also a bar at the ground. The club also sells a range of merchandise on their website. 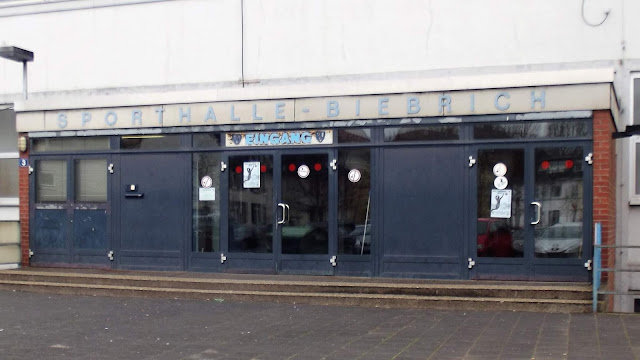 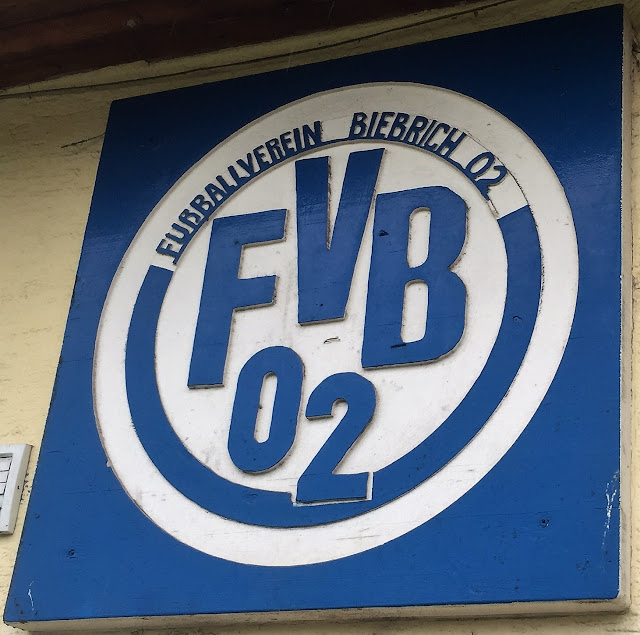 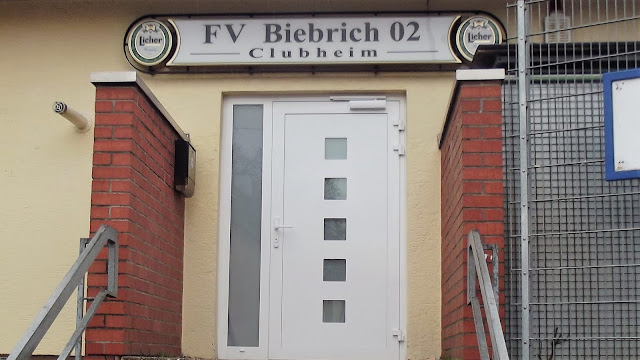 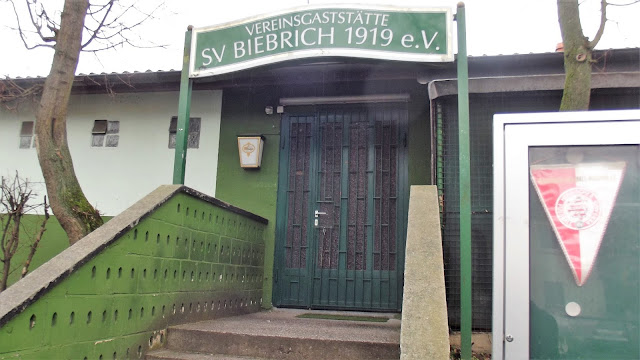 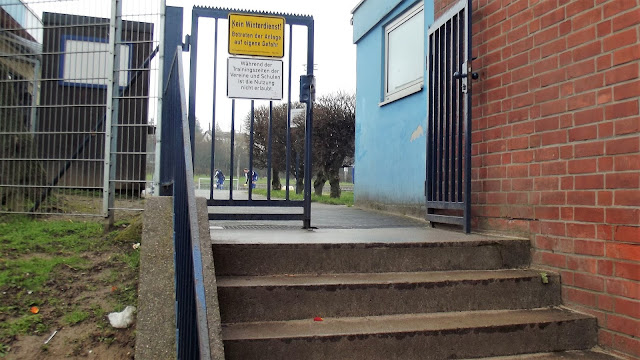 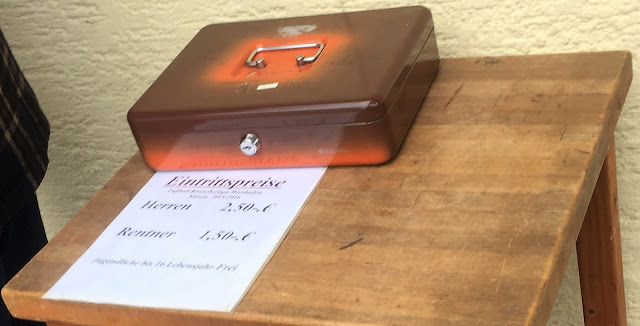 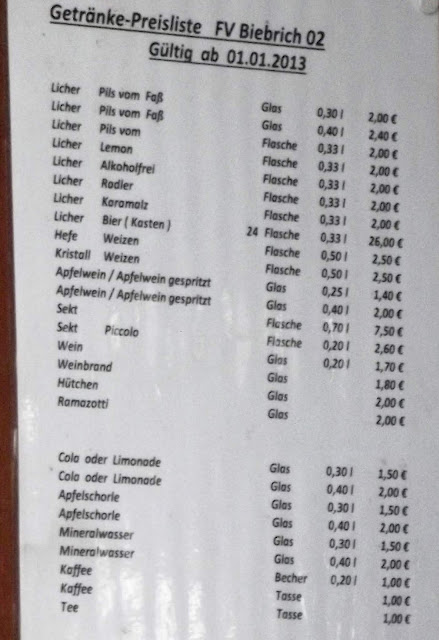 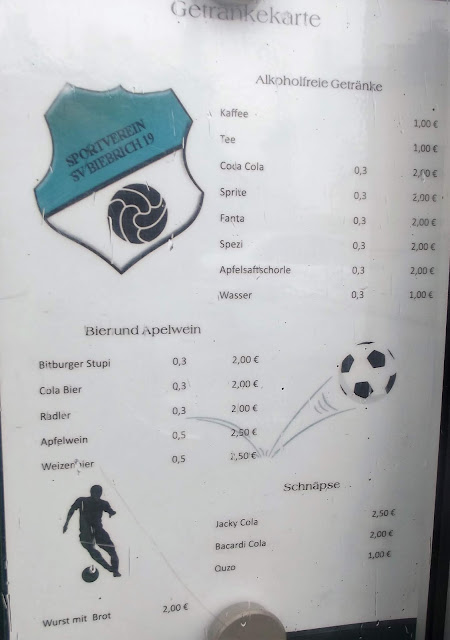 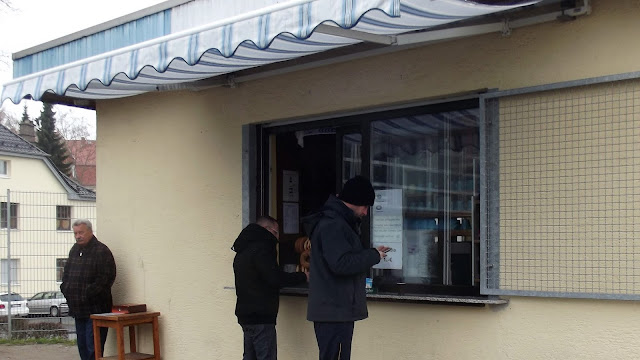 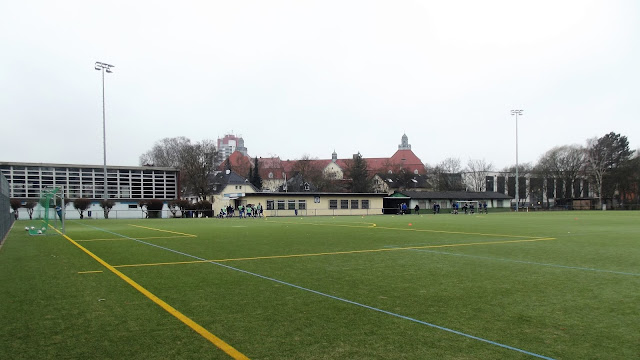 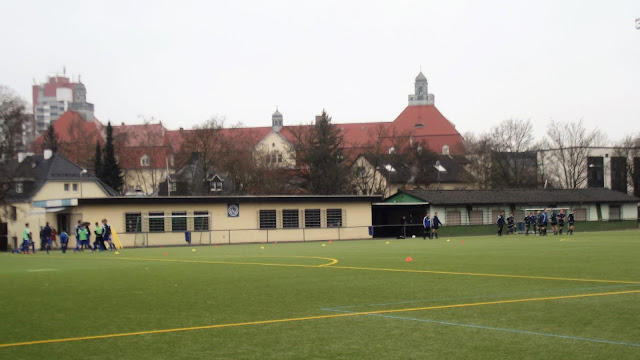 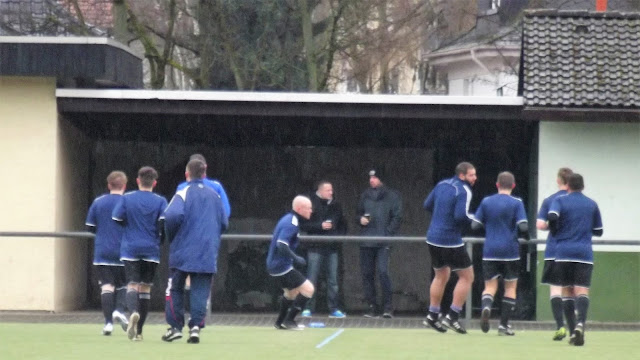 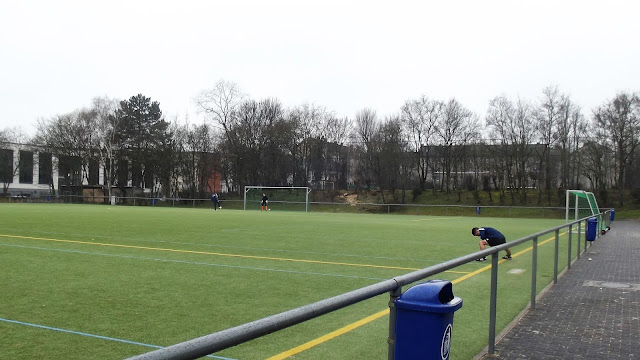 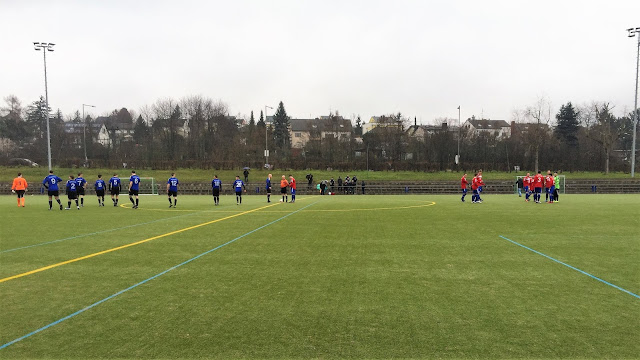 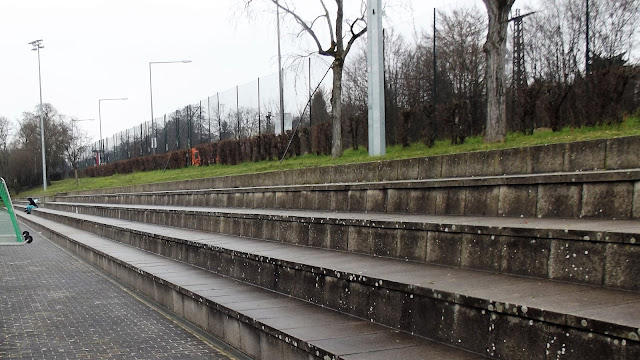 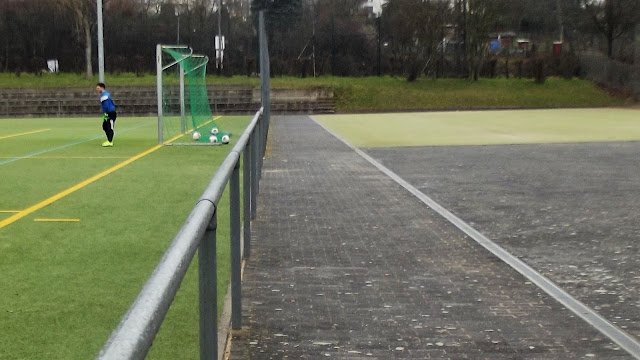