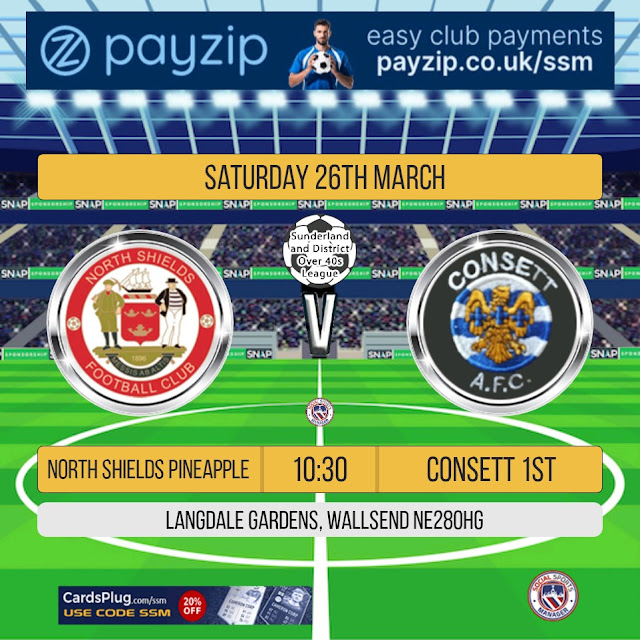 Being a team that is based on the need of players, rather than spectators. there is absolutely no web presence for the team. They are based out of the Pineapple Inn which is located on the Wallsend Road in Chirton which is a district of North Shields. It dates back to the 1700s and was the birthplace of John Dobson, an architect who designed many of the North East's landmarks, designing over 400 works. The football team plays in the Sunderland Over 40's League Division 1, the second tier of the league. They appear to have joined the league in 2017 and that season, they finished as runners-up to St Mary's College Old Boys. They've been in Division 1 ever since, having their best finish in their debut season when they finished 8th.

The ground is located in Wallsend at the Langdale Centre which is also the home of FC United of Newcastle who play in the Northern Alliance D1. The town of Wallsend is 3.5 miles away from Newcastle Upon Tyne and has a population of just under 44,000. It has a history of shipbuilding and coal mining and was the birthplace of Steve Bruce, Brian Laws, Michael Carrick, Lee Clark and Steve Watson. Darts player Jocky Wilson was also born there. 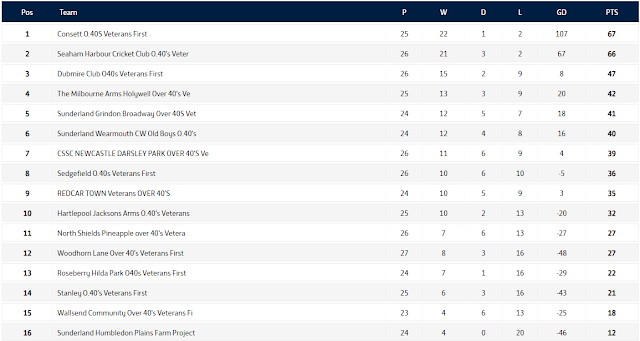 MY VISIT
With me spending a Saturday in the North East, it was a good opportunity to go and see a match in the Sunderland Over 40's League. I went through all of the options and the best of them grounds wise was either a game at Seaham Red Star or the game I eventually opted for - North Shields Pineapple v Consett. This was at a railed pitch in Wallsend and was decently located for getting to an afternoon game. I really enjoyed the league with games I'd watched in the past and it was a shame there were not more options for games on Saturday morning. 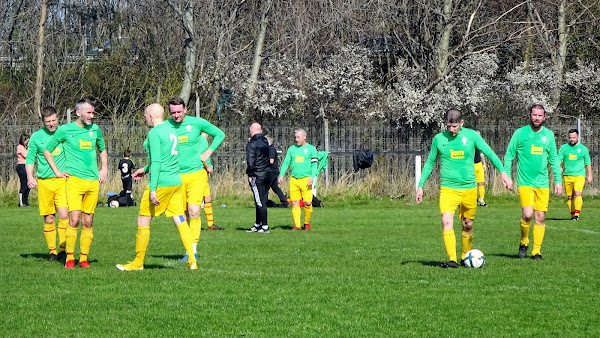 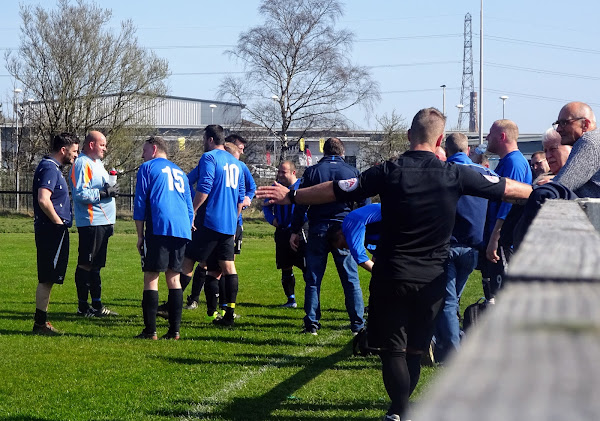 The night before, I'd bought a few cans at the shop with the intention of them helping me to sleep. However, I only needed one and was asleep before midnight. I'm not a big sleeper so I woke at 6 am to find my power bank completely discharged despite me only charging it a couple of days before. It was a high capacity one too but I stuck it on charge for the remaining hour or so that I had in the room. I was still stuffed after the huge Parmo I'd had yesterday afternoon and chips at football, but I did have a chocolate bar for breakfast. I don't miss much about work but it will be nice to get back into a healthier routine when I go back on Monday. I got my things together and left at 7.15, allowing plenty of time as my ticket was an advance one, good value at £4.30. I was at the station in good time and so was my train. It was a fairly nice train too, with the USB charging points that I needed. I was in Newcastle just after 9 and walked to Monument station. I got my day ticket for buses and Metro which was £7.80. The Metro was suffering delays and closures and so I had to go a long way around to my stop at Howdon. On reflection, it would have been easier to seek an alternative route but nevertheless, after a 20-minute walk from the station, I was there in time for kick-off, albeit starting five minutes late. 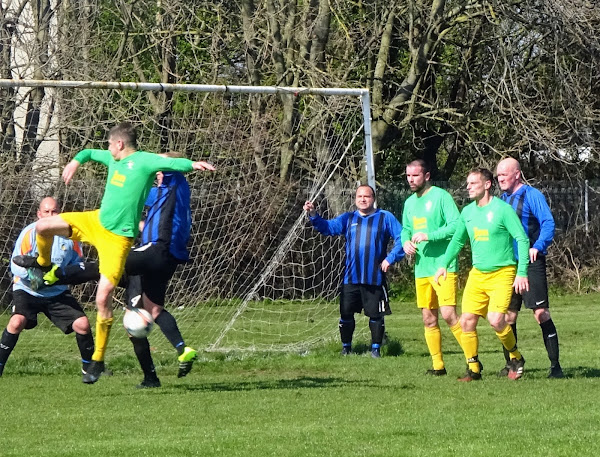 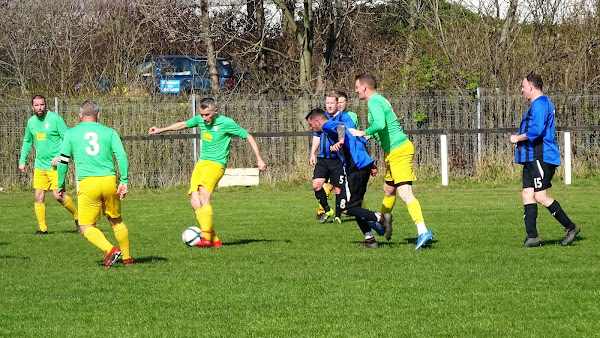 North Shields Pineapple sat in 11th and were in decent form. They'd drawn their latest game, 1-1 at home to Dubmire Club. They had some decent wins, winning 1-0 at Stanley, beating Sunderland Humbledon Plains Farm Project 3-2 and defeating Sunderland Wearmouth CW Old Boys 4-0. They'd lost 6-2 to The Milbourne Arms and 2-1 against Roseberry Hilda Park. Consett were top of the league and were in excellent form, having won their last six games. These included some big wins - 11-0 at Wallsend Community and 10-0 against Stanley. The reverse fixture had seen Consett triumph 8-1 back in September. The hosts were in blue and black stripes whilst the visitors were in green and yellow which I'd have associated more with pineapples than the home strip. Unsurprisingly, Consett dominated early on and they took the lead after 14 minutes when David McCrory tapped home a square ball from close range, They continued to dominate but North Shields Pineapple were resilient and had a great team spirit as I was standing near their bench. They had a few chances on the break too and it was still only 1-0 at the break. 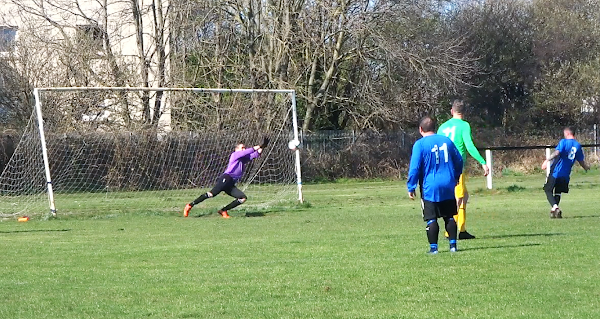 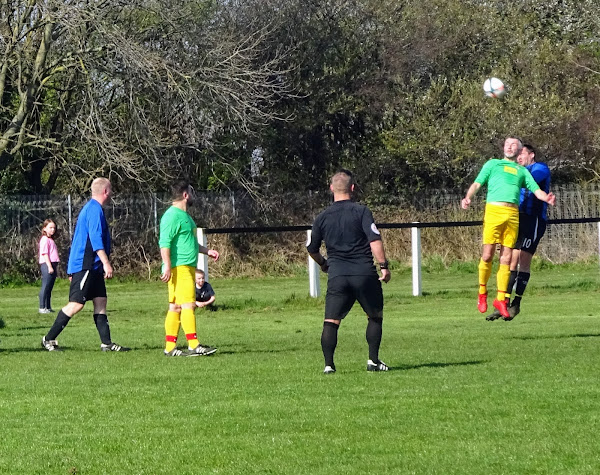 On 46 minutes, the hosts had a great chance for an equaliser. A free-kick was awarded for a foul and following a ball into the box, another was committed to win them a penalty. However, the spot-kick was well saved by the Consett keeper. They were having a good spell and a good run and shot from Neil Armour was unlucky not to be rewarded with a goal. Consett's lead was doubled on 65 minutes when a parried shot from the left was followed up by Colin Wheatley. Five minutes later it was 3-0, a header from a corner by Richard Reynoldson. They got their third goal in quick succession on 73 minutes, the goal of the game and a low drive from the edge of the area by Andrew Thompson. Four minutes from time, North Shields Pineapple got a consolation goal that their efforts deserved. A good through ball found their #14 who finished from the edge of the area. 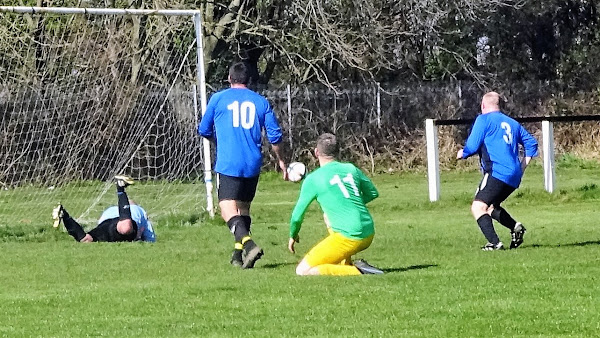 THE GROUND
THE LANGDALE CENTRE is the home of FC United Of Newcastle is a good setup for step 7 or below. There are two pitches, cone of which is fully railed with a wooden fence. There are also various containers that add to the backdrop. There wasn't a huge amount nearby but there was plenty pf parking. Its around twenty minutes from Howdon Metro Station. 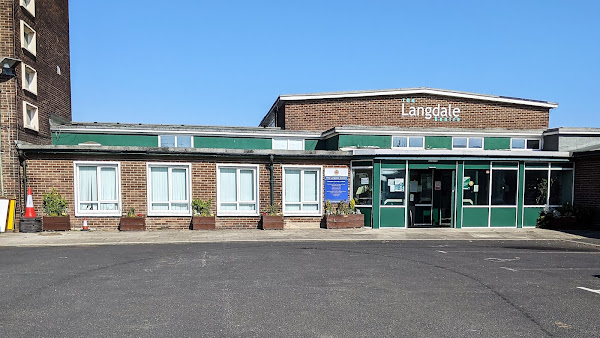 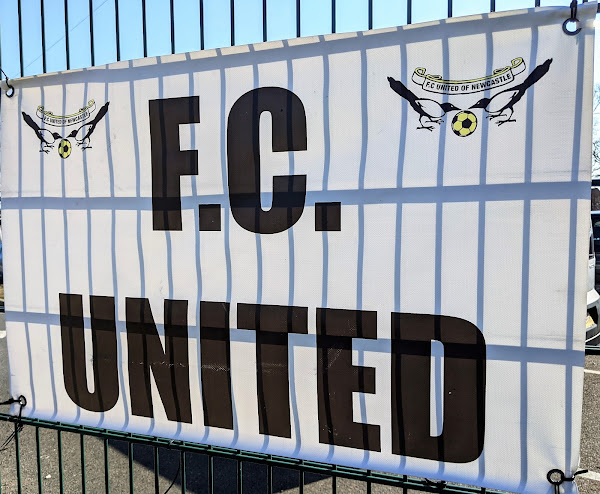 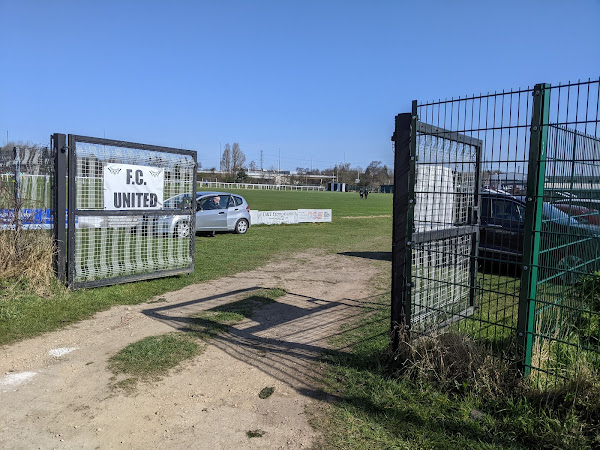 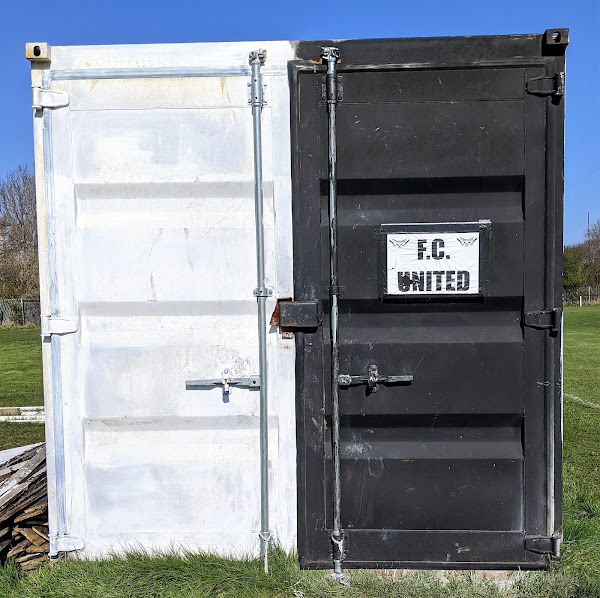 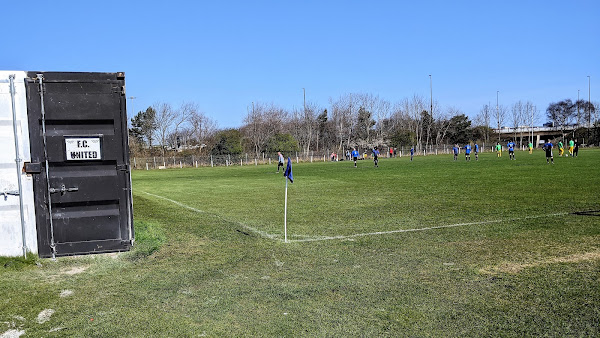 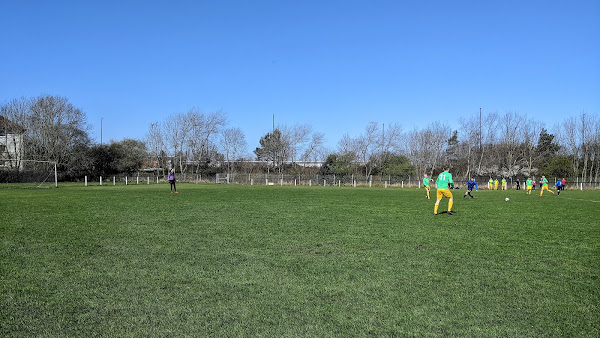 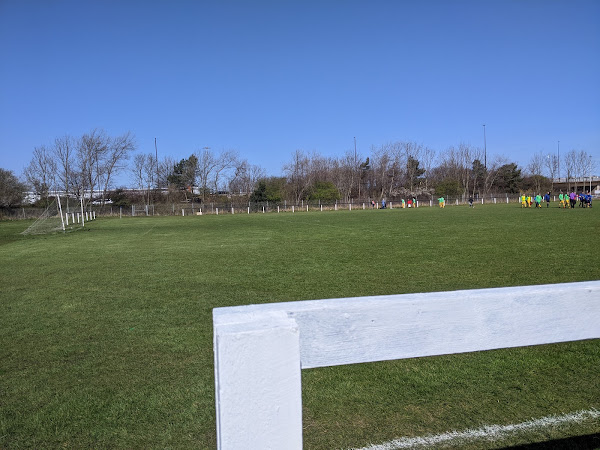 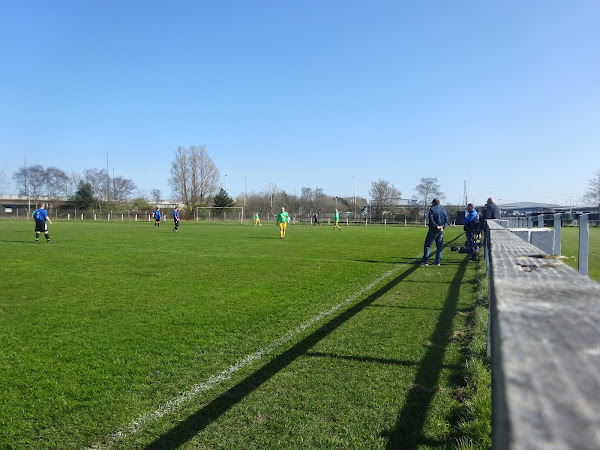 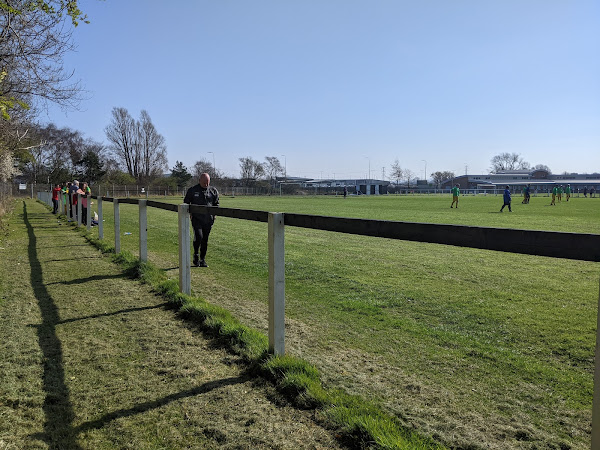 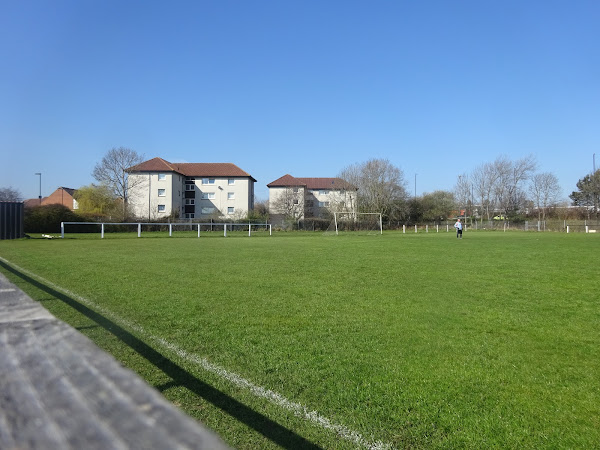 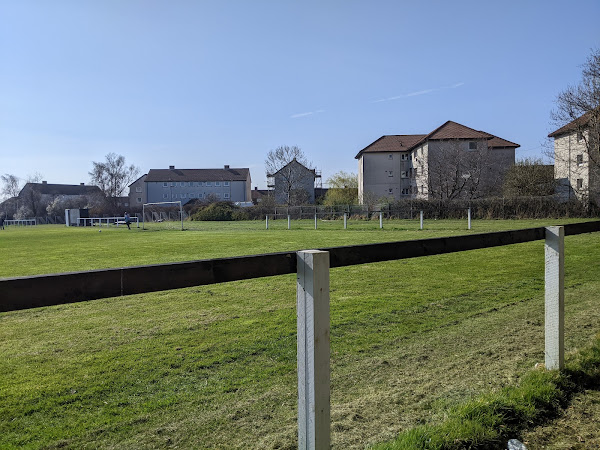