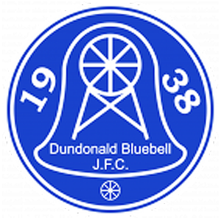 Dundonald Bluebell FC
Moorside Park
Dundonald Park
Cardenden
Fife
KY5 0DG
07725 199773
Official Website
Twitter
Ground Number: 1053
Saturday 19th March 2022
Dundonald Bluebell 1-3 Tranent Juniors
East Of Scotland League Premier Division
DUNDONALD BLUEBELL FC - A BRIEF HISTORY
The club was established in 1938 and are one of the more successful clubs in Scottish Junior football. They've won the Fife Junior League on four occasions. In 2006, the leagues were restructured and Crossgates Primrose were placed in the East Region - Central Division. They won the league at the first attempt, winning promotion to Super League Division One but only lasted a couple of seasons before being relegated back. Three runners-up spots followed before they were promoted to the Super League in 2016. They fared much better this time, finishing as high as 4th in 2018. Following this season, they joined the East Of Scotland League. They finished 4th in Conference B in their first season, winning promotion to the Premier Division where they remain to this day.
Dundonald Bluebell have had a couple of uneventful seasons in the Scottish Cup but have plenty of local honours to their name. These include two Fife Cups, two Laidlaw Shields and two Mitchell Cups. They've also won the East Fife Cup in 1974, the Cowdenbeath Cup in 1965 and the Express Cup in 1966. On 20 November 1951, the team created a Fife goalscoring record when they defeated Valleyfield Colliery 19–0. It could have been 20, but they missed a penalty. The team is based in Cardenden, a Scottish town located on the south bank of the River Ore in the parish of Auchterderran, Fife. It is approximately 4 miles north-west of Kirkcaldy. The population is around 5,500 and famous people from the town include writer Ian Rankin and footballers Willy Johnston & Tommy Hutchison. 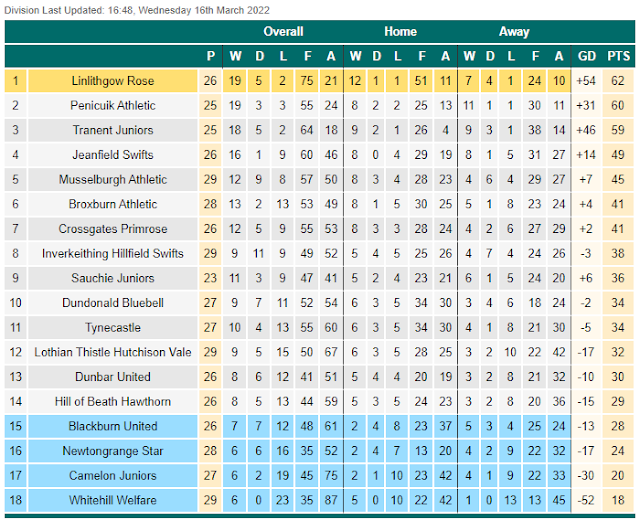 MY VISIT
I was going to write a bit about the Wycombe game to pad out the blog, but for the second Saturday in a row, they had an uneventful 0-0 draw. Just like last Saturday at home to Rotherham, it was a good point away to Portsmouth but we really should be winning games at this stage of the season. We are just a point outside of the playoffs and have some so-called 'easier' game coming up. One hopper who would have been happy was Shrewsbury fan Vaughany whose side Shrewsbury Town shocked league leaders Rotherham United by winning 3-0. Dan who I spent most of the day with would not have been so happy with his side Braintree Town losing to Maidstone United though. 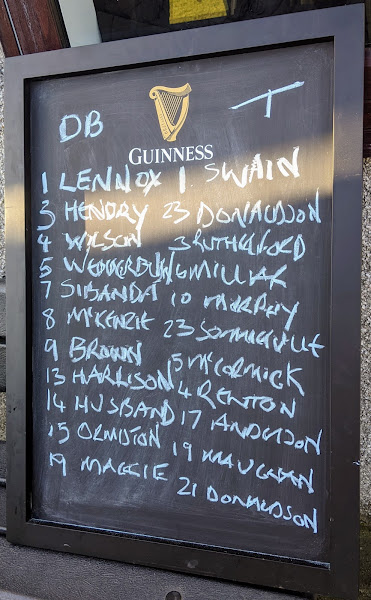 It was a fairly simple 15-minute journey between the grounds. There was a few places within walking distance. There was a pub called the Village Inn which seemed unremarkable. Over on the non-league forum there was an amusing tale of the landlady getting upset because 'some dirty bastard has wiped their nose on my curtains'. Instead, I decided to go to the local shop, Londis. This was pretty decent. I picked up some Strongbow and cakes. The main reason I went in there was to get a drink called Dragon Soop. This drink, most popular in Scotland was a 7.5% alcohol energy drink. I was keen to get some of this 'loopy juice' and it made a pleasant change from my usual drink with me option for the Mango & Pink Lemonade flavour. Bringing my own cans meant that standing in the tea bar queue was not such a hardship and I got myself a basic cheeseburger for £2.20 which was nothing to write home about but good value. 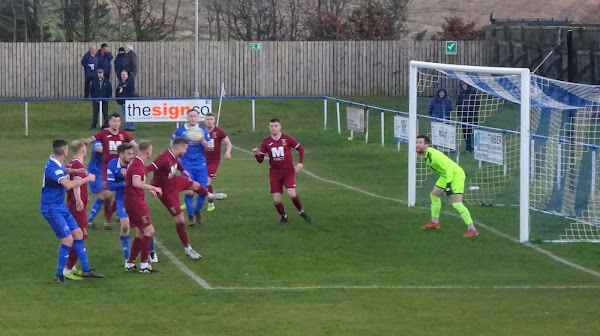 Dundonald Bluebell sat 10th in the league, six points ahead of the relegation zone. They were in good form in the cups, having beaten today's opponent 2-1 in the Traderadiators Challenge Cup as well as winning 4-0 at Newburgh Juniors in the League Cup. They'd beaten Newtongrange Star 5-2 in their latest league game but had lost 5-1 to strugglers Blackburn United in the game before that. Tranent Juniors were 3rd and aside from the previous meeting, they had also beaten Lochore Welfare 4-1 in the League Cup. In their last game, they'd won 1-0 at Lothian Thistle Hutchison Vale and were unbeaten since they'd lost 2-0 to Bonnyrigg Rose Athletic on 22nd January. The visitors took the lead on 12 minutes when Ben Miller followed up after the initial shot was saved. Kris Renton's looping shot over the keeper doubled the lead on 37 minutes but a Lewis McKenzie penalty reduced the arrears a couple of minutes later. There was a goal later on, a third for Tranent Juniors by Martin Maughan 12 minutes from time. I missed it, however, as I was in the toilet. 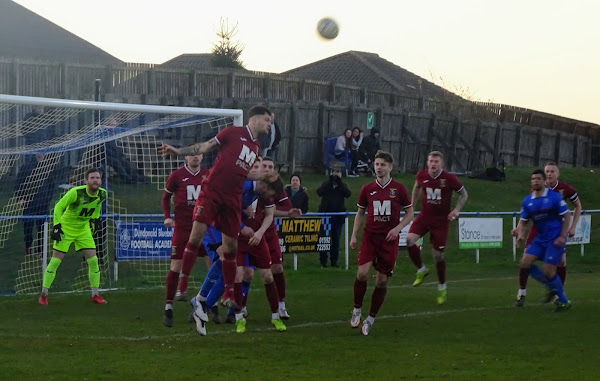 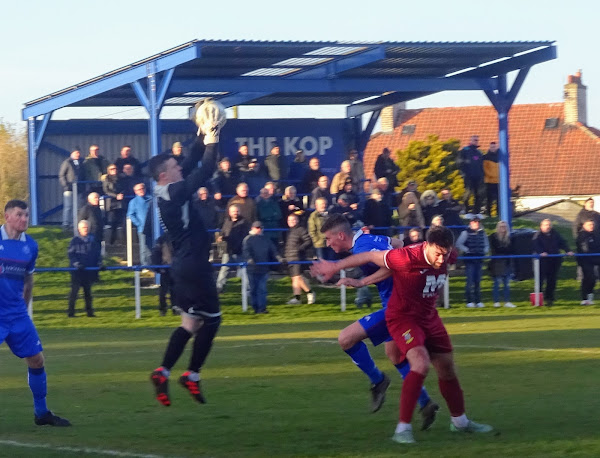 THE GROUND
MOORSIDE PARK is a great setup with plenty of grass banking and a number of small covered stands, some seated, some standing. The scenery around the ground is nice too, although parking is quite limited. There's a decent tea bar and clubhouse, or if you prefer there is a Londis and a pub nearby. The ground has a bit of character and is a nice place to visit. 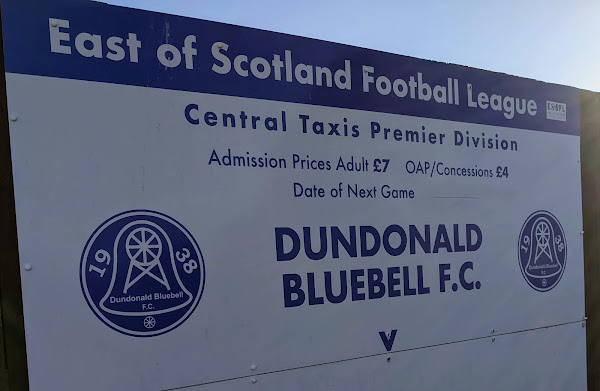 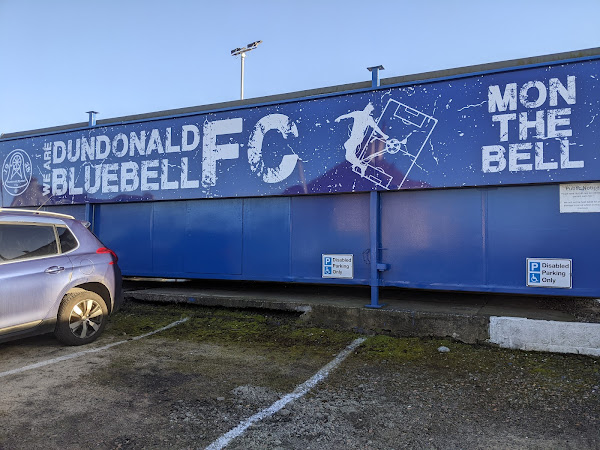 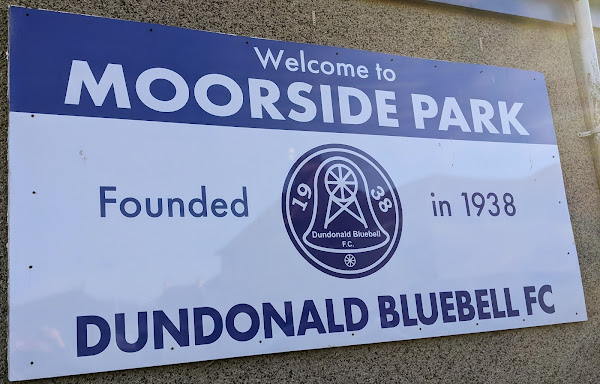 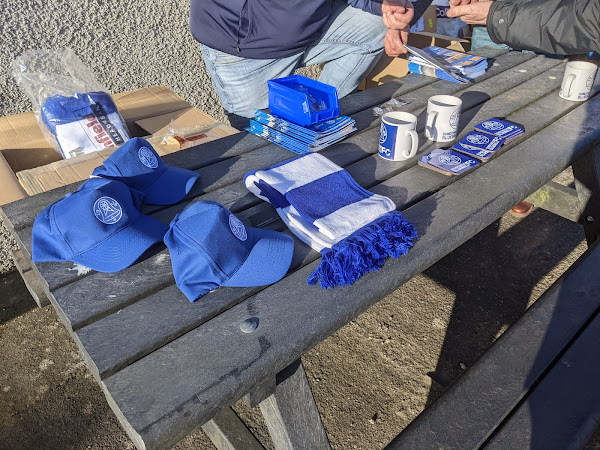 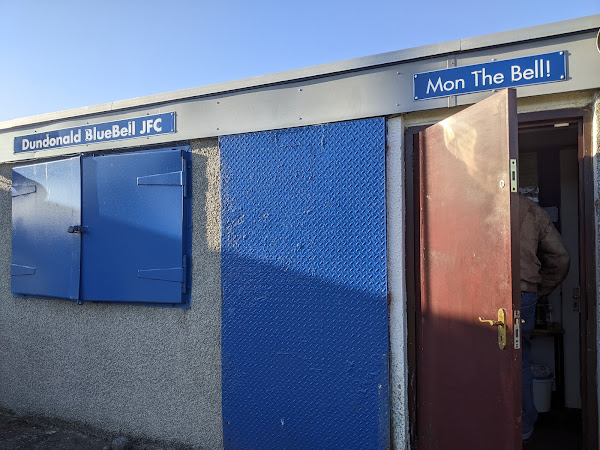 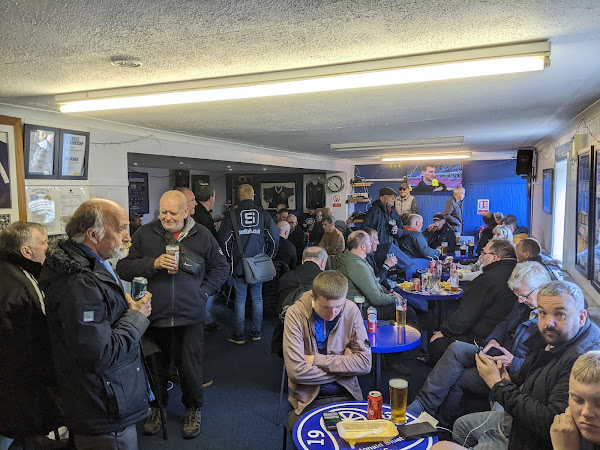 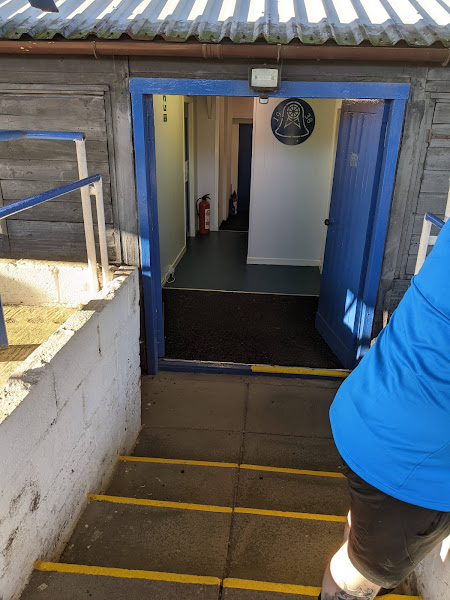 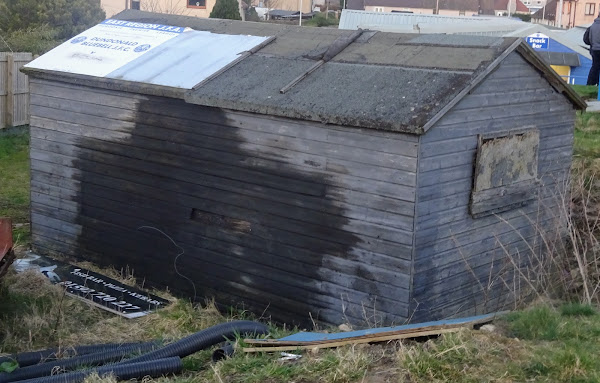 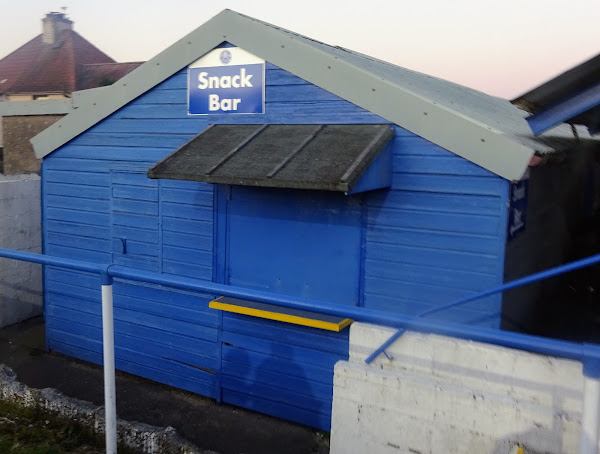 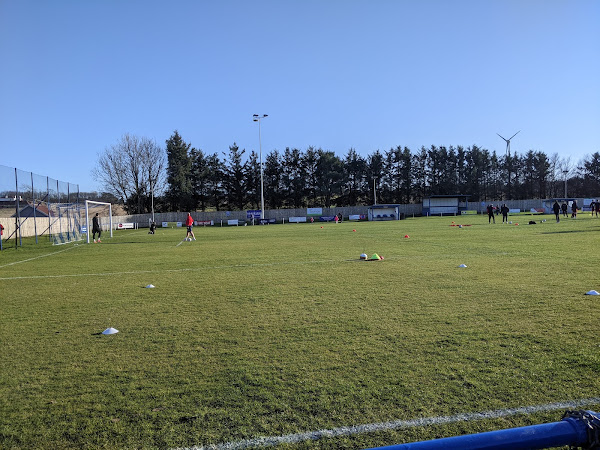 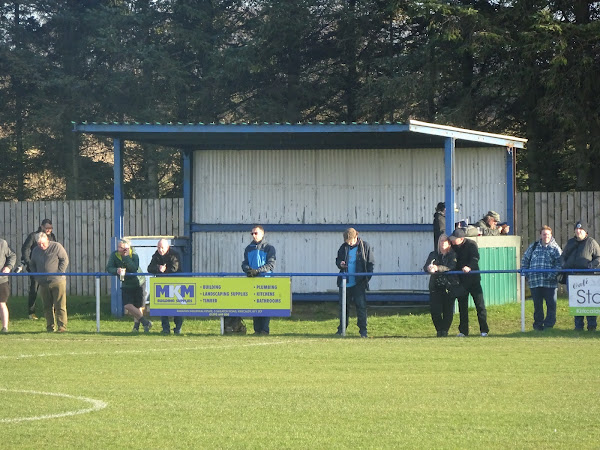 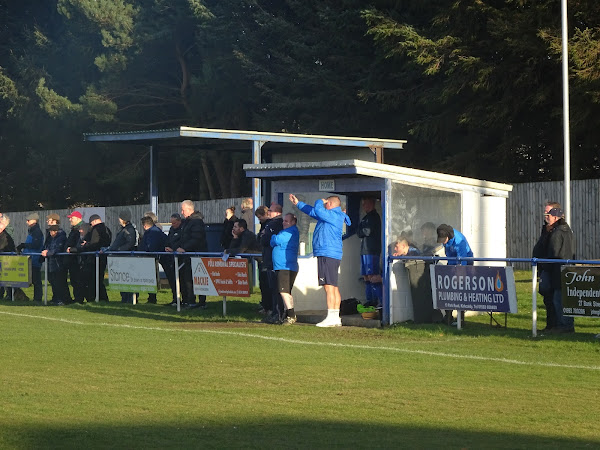 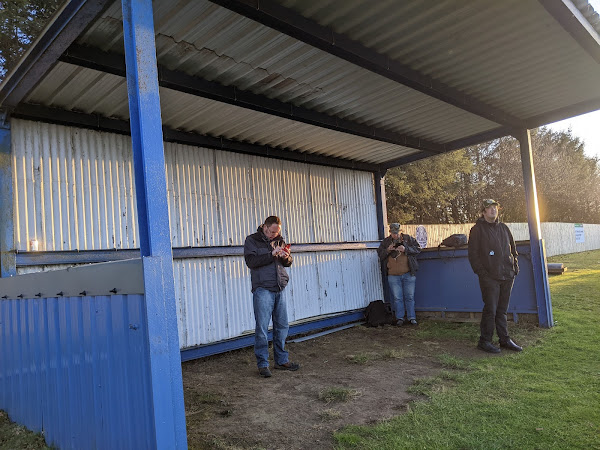 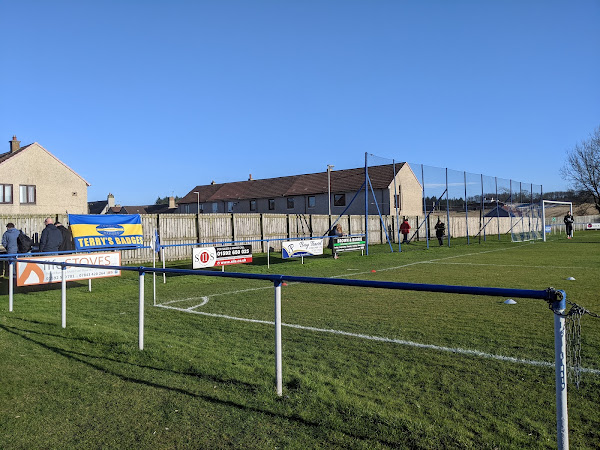 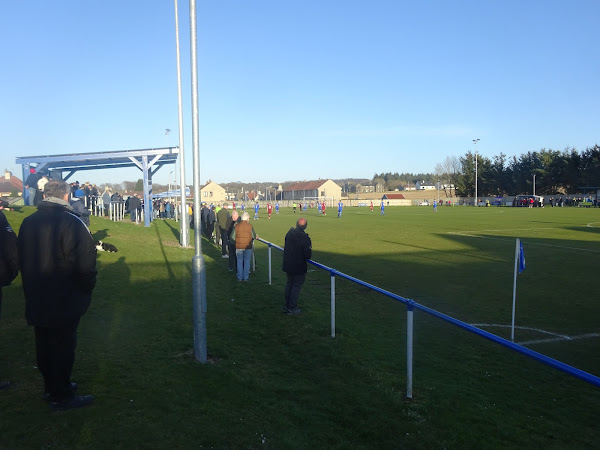 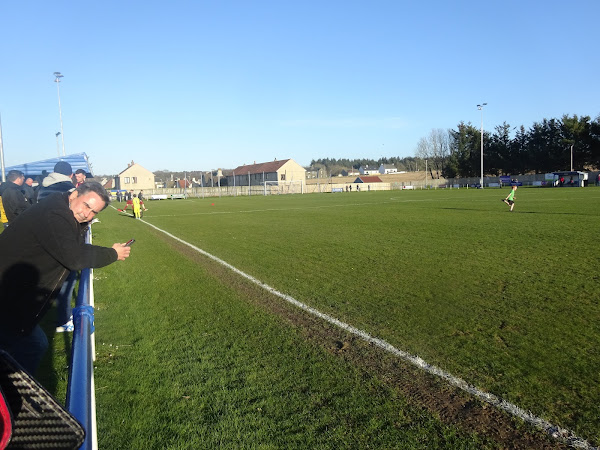 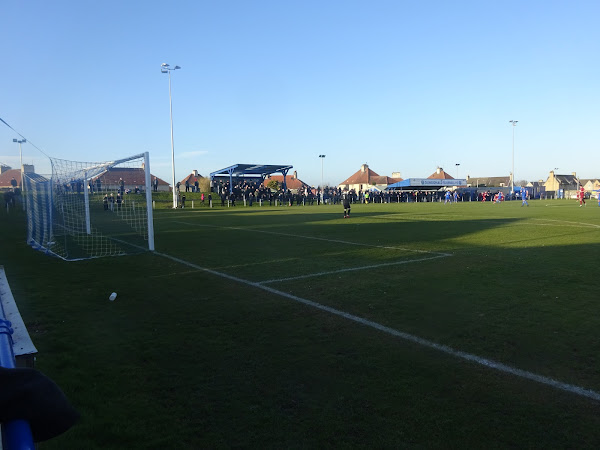 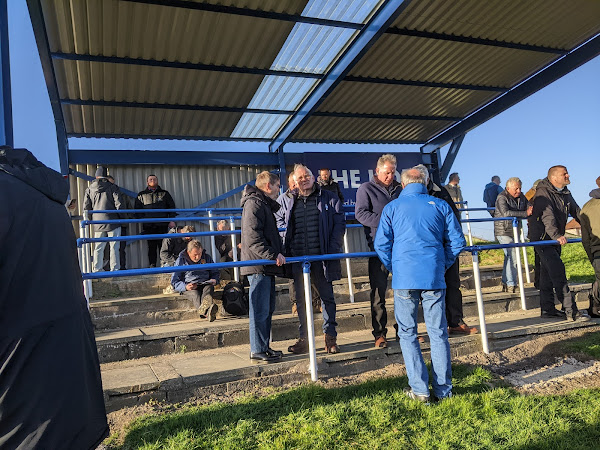 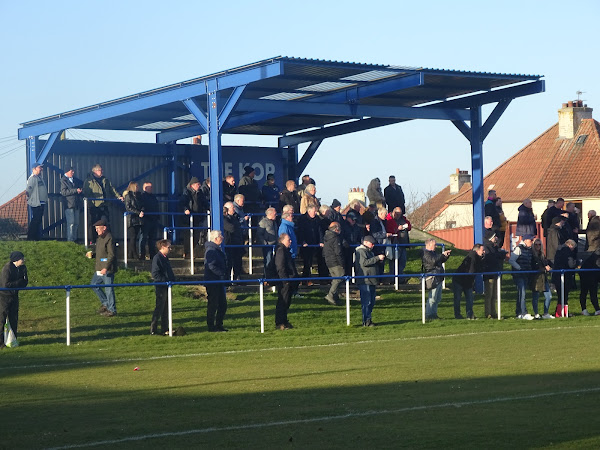 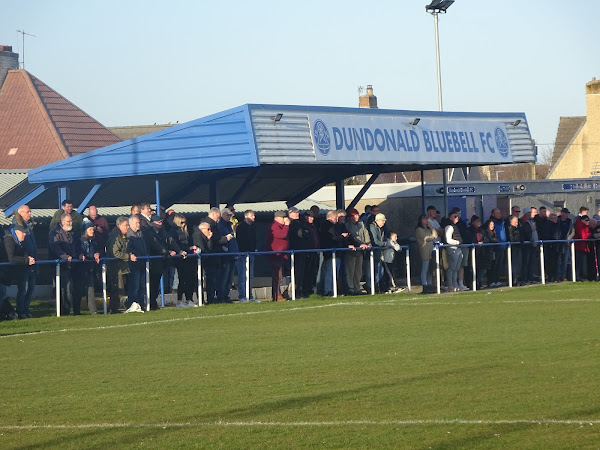 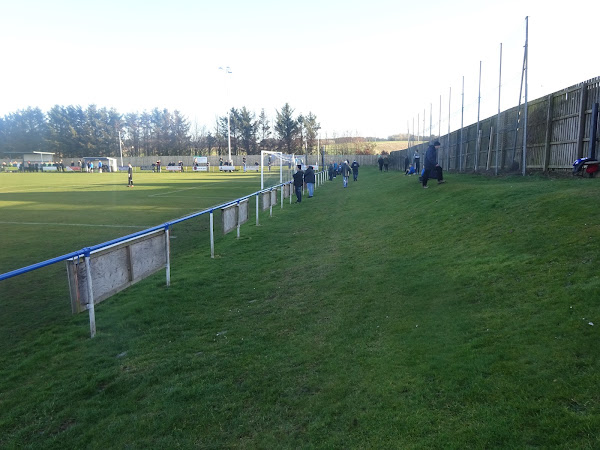 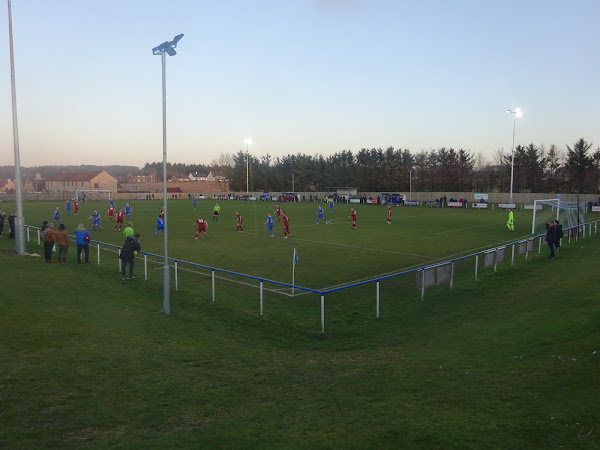