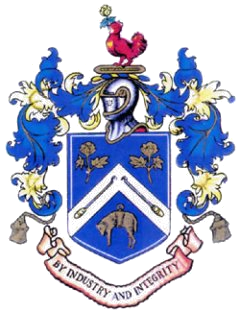 Nelson FC
Little Wembley
Lomeshaye Way
Nelson
Lancashire
BB9 7BN
01772 794103
Official Website
NWCFL Page
Twitter
Ground Number: 1044
Saturday 5th March 2022
Nelson 3-1 Chadderton
NWCFL D1 North
NELSON FC - A BRIEF HISTORY
Compared to some of their fellow NWCFL side, Nelson has quite the history. Formed in 1882, they joined the Lancashire Combination, winning it in 1896 and finishing as runners-up in 1898. The club briefly folded but would carry on in the Lancashire Combination until the outbreak of the first world war. When football resumed, they had a brief spell in the Central League before becoming founder members of the newly-established Division 3 North in 1921. Two years later, they were champions and would spend one season in Division 2 before being relegated back. Fortunes declined in the late 1920s and in 1931, they were voted out of the Football League. Nelson would return to the Lancashire Combination and were champions in 1950 and 1952. The league was absorbed into the North West Counties League in 1982 and Nelson started in Division 3 and stayed until 1987 when restructuring saw them placed in Division 2. They only stayed for one season before being forced to drop down to the West Lancashire League as their ground was deemed not up to standard. Despite not being a success at the lower level, they made the necessary improvements to their home and would return to the NWCFL in 1992. They've been there ever since, spending time in both of its current divisions. They briefly resigned from the league in 2010 due to financial pressures but soon bounced back. Their best finish came in 2015 when they finished 11th in the Premier Division, the worst just three years later when they finished 21st in Division 1.
Nelson's best FA Cup run has been to the 2nd Round, last achieved in 1950 when they narrowly lost 3-2 at Port Vale. They also reached the FA Trophy 2nd Qualifying Round in their brief stint in that competition. Their best run in the FA Vase came in 2009 when they beat Abbey Hey, Selby Town and Morpeth Town before a 5-0 defeat at Marske United in the 3rd Round. Local competitions won include the Lancashire Combination League Cup on three occasions, the Bridge Shield in 1976 & 1982, the George Watson Trophy in 1979, the NWCFL Division 2 Trophy in 1987 and the Lancashire FA Trophy in 1908 and 1955. Up until 1971, the club played at Seedhill and it was here when they hosted their record attendance of 14,143 for a Third Division North game against Bradford Park Avenue. In 1923, Nelson became the first club to defeat Real Madrid in a pre-season tour that also saw them beat Oviedo. The town of Nelson is located in the borough of Pendle in Lancashire. It has a population of just under 30,000 and famous people from the town include former Manchester United assistant manager Mike Phelan and Eric Knowles of the Antiques Roadshow. 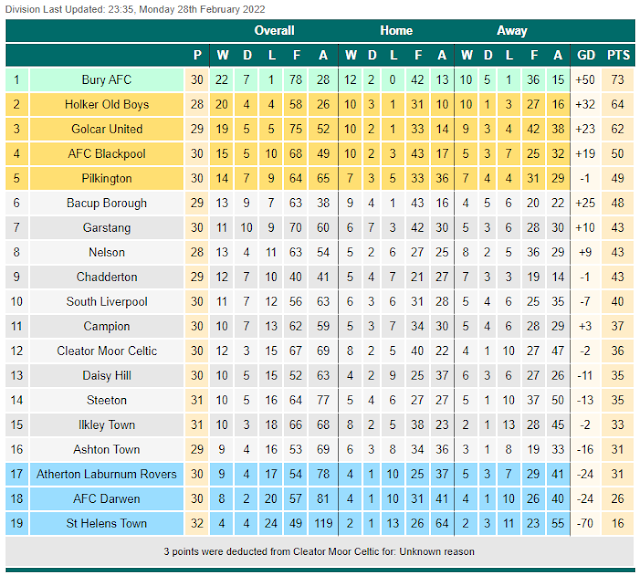 MY VISIT
Due to the quick turnaround between games, I've not really had a lot to write about on this blog, so I thought I'd cover my thoughts on the trip costs overall. When this hop was announced, I was really hoping that I'd be able to use public transport to get up there and back and hop on the coach that is usually provided for people that want to use it. However, this time, the coach was only available for those that bought the whole package including a hotel room. I didn't fancy sharing with a stranger and so for a single room, it was £245 all in and I had to get myself to Huddersfield. That for me was far too much - and I could see where the expense had been spent. When I checked online shortly after receiving the email, I saw that Travelodge were asking an extortionate price of £80 a night. I double-checked that I'd got the right town, but there it was in black and white. I don't want to knock Groundhop UK who do a fantastic job organising the hops, but it was too much for me. It was fairly easy to sort my own accommodation - although some of the places had some stinking reviews. So I went on Air B&B and sorted myself a room at £63 for two nights that had good reviews. I was still hoping for a spare space on the coach so I could still use public transport, but it wasn't to be. A few weeks later, the details for the Scottish Hop came up and this was far better value, albeit for one game less. I paid just £25 more and for that, I got a local pickup at Beaconsfield which saved me around £150 in-car costs. The other two trips that I'd had north of the border had been well organised and enjoyable, so I was looking forward to it. 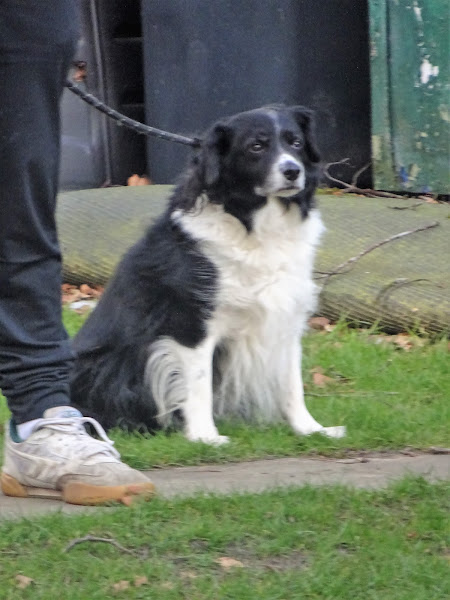 Despite the relatively high price, two people who had booked had decided not to come and didn't bother to inform Chris. They'd have done their money but it meant that the reserve list of people wanting to use the coach, including me, had missed out. It would have meant that I could crack on with my blog en route and also make the hop cheaper by using public transport to get there and back. Despite this being one of the two lower attendances of the hop, the roads were packed and we had to park ten minutes away. The two middle games on Saturday tend to lose out with people seeking alternative options. Organiser Chris tried to mitigate this by making the third game of the day kick off at 4.45, but some people still opt to miss out on two games to go to a ground that they deem as 'better'. Entry was the standard £5 for step 6, again excellent value. I noticed when going in that I'd been here in 2008 for pictures, on the way to a trip to Accrington Stanley. I had a nice sop from the tea bar but the queue for the toilets was a bit lengthy at times, owing to there only being two available. 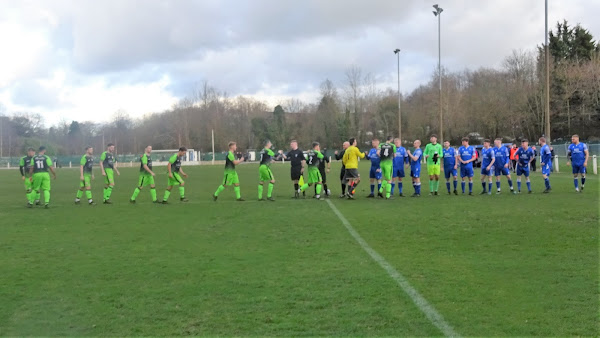 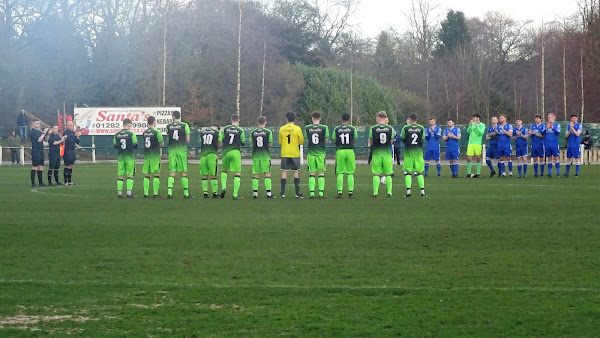 Nelson were in decent form and they had won 2-0 against Golcar United and 2-1 at Ashton Town in their latest two games. They'd also beaten Ilkley Town 3-2 and AFC Blackpool 3-0. On the flip side, they'd lost 3-2 at AFC Darwen and 1-0 against Daisy Hill. They sat in 7th whilst Chadderton were in 8th. They were also in decent form and had beaten South Liverpool 1-0 in their last game. They'd also beaten Ashton Town 2-1, AFC Darwen 3-0 and Ilkley Town 2-1. They'd had a decent 1-1 draw against Bury but had lost 2-0 at Cleator Moor Celtic. Nelson dominated early on and they took the lead on 12 minutes, an excellent volley from Kit Lloyd. Jack Foster lobbed home from 15 yards to make it 2-0 on 28 minutes. The game petered out a bit after this but on 47 minutes, Lloyd grabbed his second with a close-range finish. Chadderton had not offered much going forward but they pulled a goal back on 87 minutes, a low shot from ten yards by Kian Dean. They had another goal disallowed for offside which would have made the game interesting. In the end, though, it was a fairly comfortable and deserved win for the hosts. 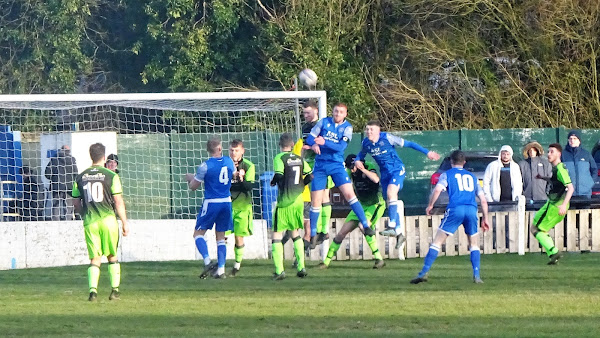 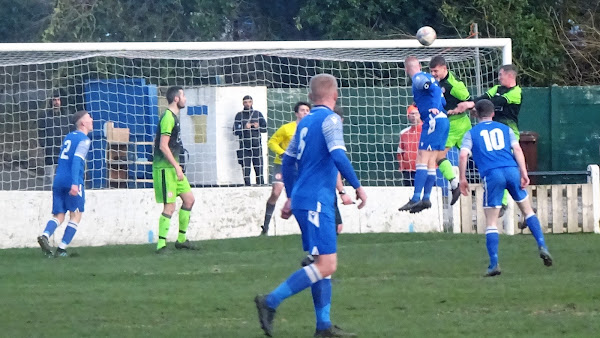 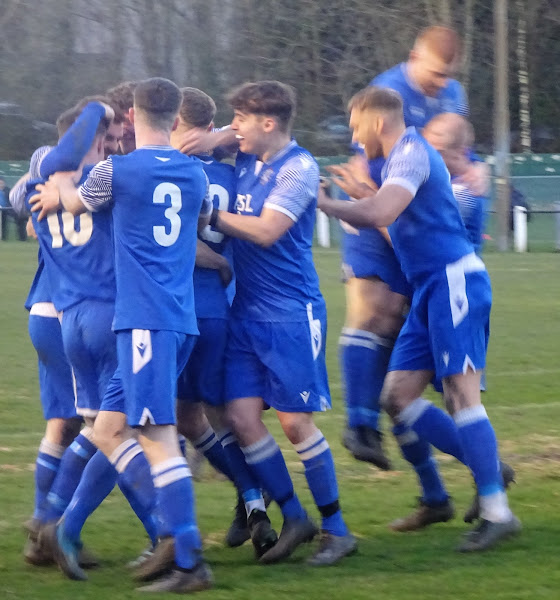 THE GROUND
LITTLE WEMBLEY as it is affectionately known is a fairly open ground with plenty of room for expansion. There's just one area of cover - a fairly large stand which offers around 200 seats and the same amount of standing. Opposite is a nice backdrop of houses and a high industrial chimney. There's a fairly basic tea bar and clubhouse, plus a small amount of merchandise. There's plenty of parking for normal games, but not much around the ground with it being a residential area. 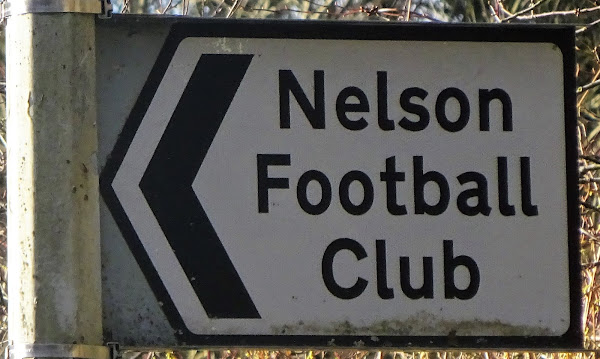 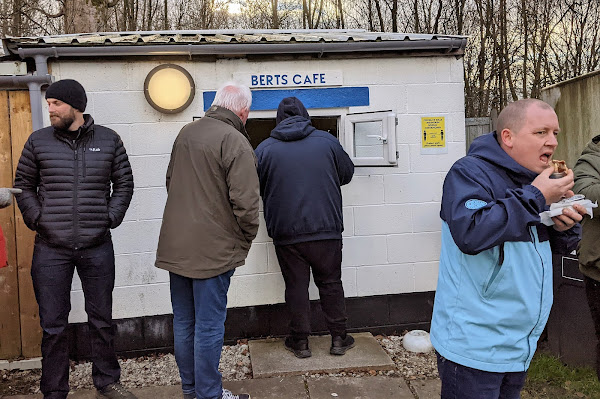 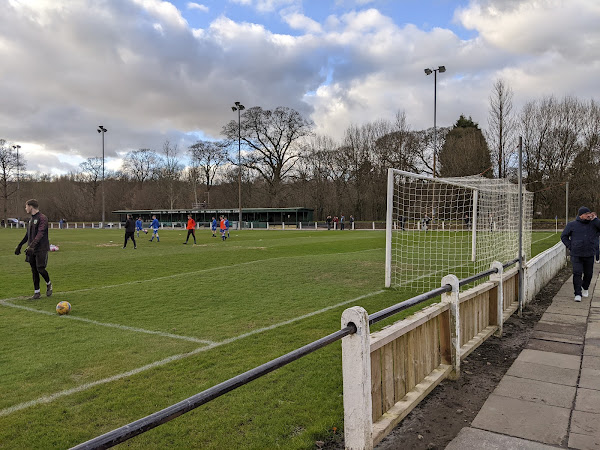 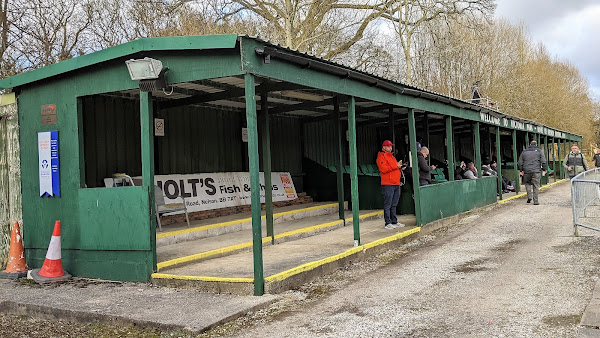 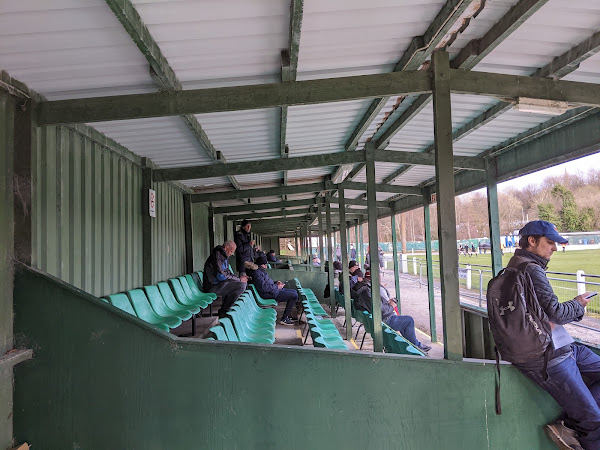 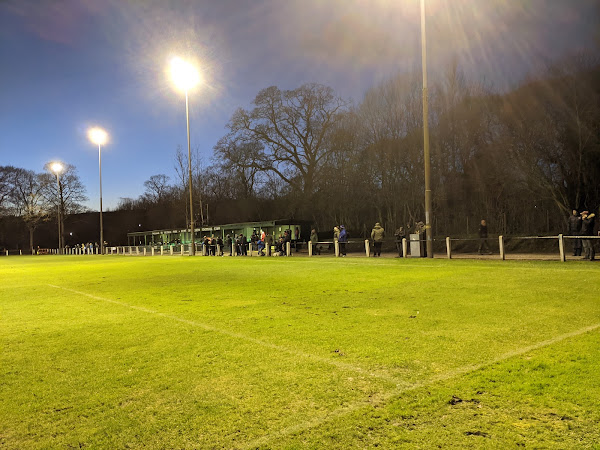 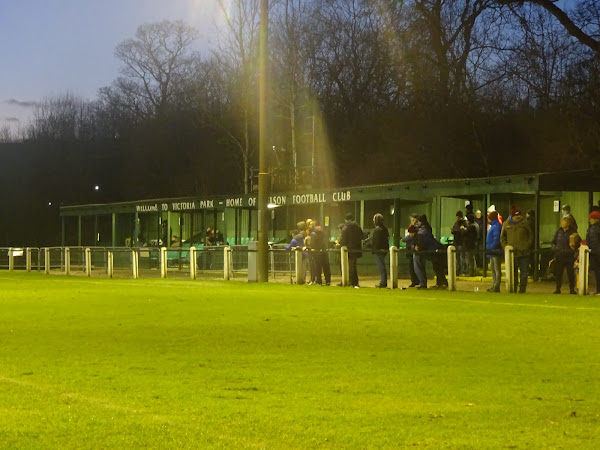 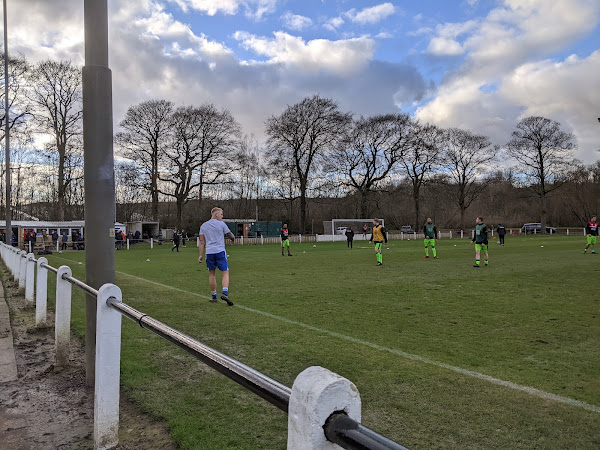 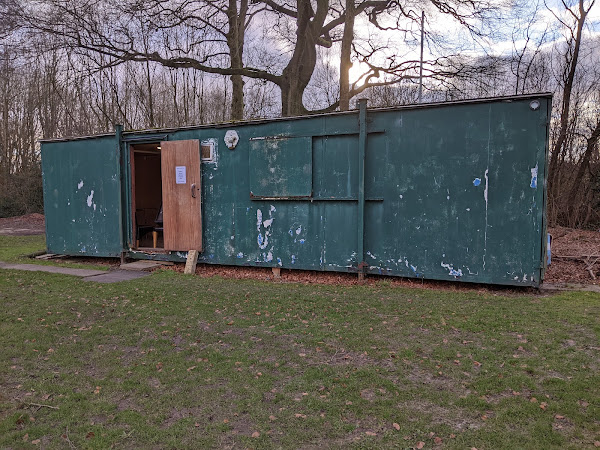 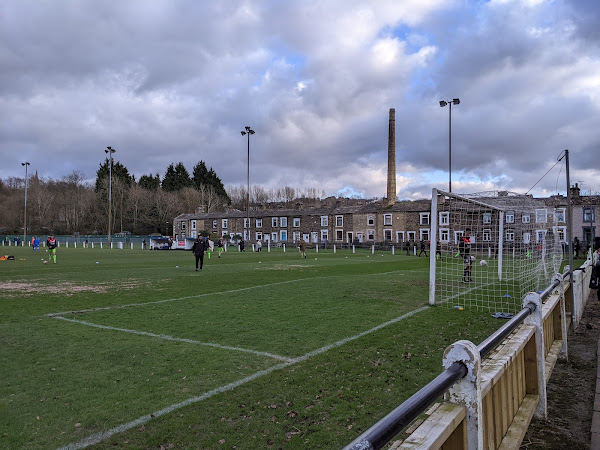 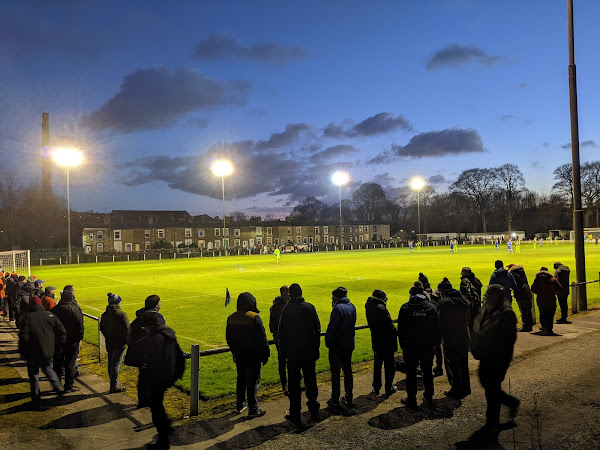 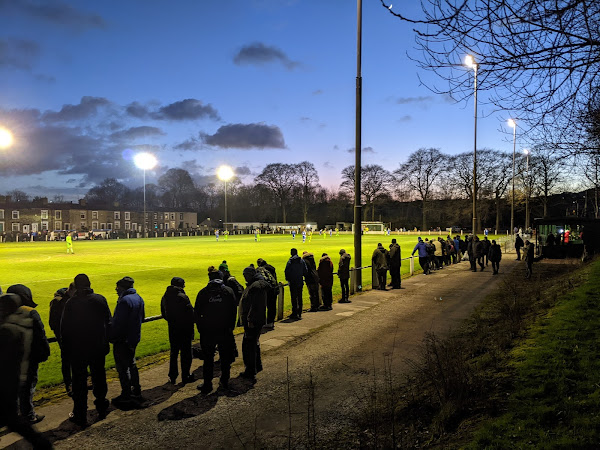 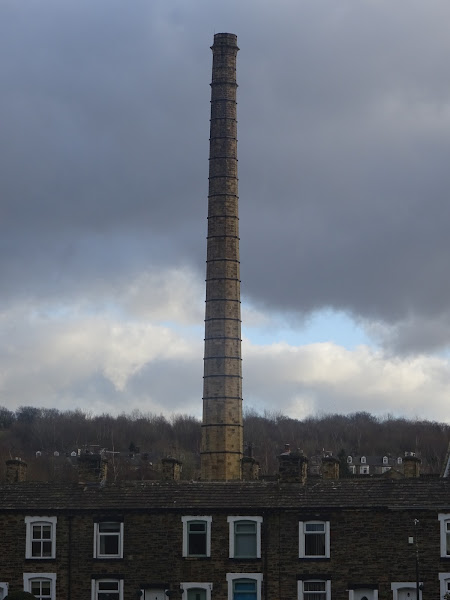 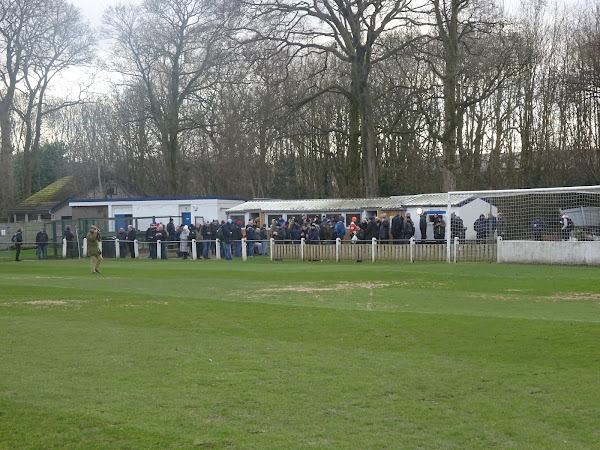 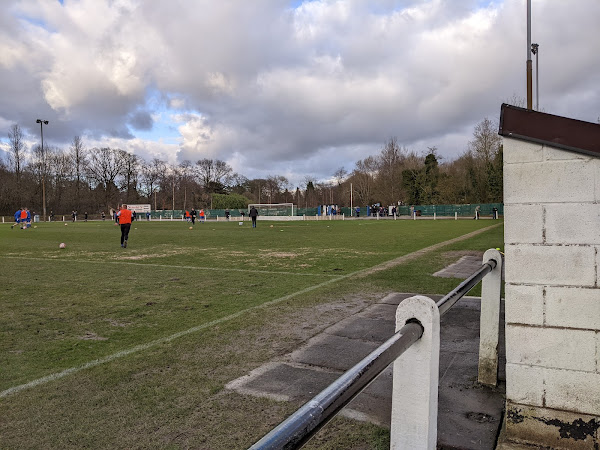 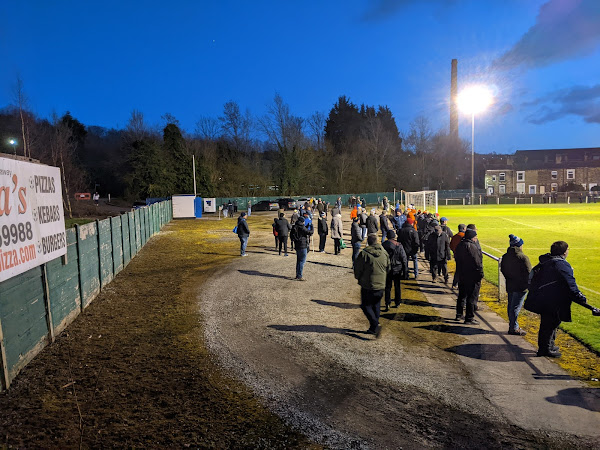