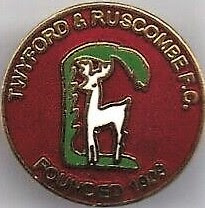 Twyford & Ruscombe FC
Charvil Pavillion
East Park Farm Road
Charvil
Berkshire
RG10 9TR
TVL Page
Twitter (irregular updates)
Ground Number: 965
Saturday 19th June 2021
Twyford & Ruscombe 5-7 Richings Park Reserves
Thames Valley League D2
TWYFORD & RUSCOMBE FC - A BRIEF HISTORY
Like a lot of clubs at this level, information on the club is scant. They joined the Reading League upon its formation in 1989. They actually started in the Premier Division but resigned midseason. They replaced their reserve team in Division 3 Thames to cut down on the mileage, but even then, they finished bottom and were relegated to Division 4 Thames. The club bounced back as runners-up in 1993 but only lasted a couple of seasons back in Division 3. In 1997, reorganisation saw Division 4 scrapped and the club back in Division 3 Thames. An upswing in fortunes saw the team promoted to Division 2 Thames in 199, following a 4th place finish. The 2001/02 season saw Twyford & Ruscombe enjoy their best-ever finish of 2nd in Division 2. The club remained mainstays of Division 2 for many years, though the league and division were renamed Thames Valley D3 in 2014. A couple of years later the team had a bad season and were relegated to Division 4. However, they bounced back as champions in 2018 and made it a double promotion a year later following a 3rd place finish. This season could see them survive relegation again with the right results.
Twyford is a large village situated on the River Loddon. It has a population of 6,600 and many facilities including a recreation ground which the club sometimes use. The adjacent village of Ruscombe has a population of 1,000 and was the resting place of William Penn who lived there from 1710 until 1718. He was the founder of Pennsylvania. For whatever reason, the club is playing a couple of miles away in Charvil. The only pub is the humble surroundings of a Hungry Horse as their 'local'. This hasn't stopped celebrities Uri Geller, David 'Diddy' Hamilton and Alan Titchmarsh living there though. The population is around 3,000 and the village is situated three miles from Reading.

MY VISIT
I was hoping to get my 2021/22 season kick-started this Saturday, as I am aiming for the big 200 following two disrupted seasons. But there was nothing I really fancied and so I opted for one last game for 2020/21. The Thames Valley Premier League would again provide my game as it had a few times since the restart. My game of choice was Twyford & Ruscombe v Richings Park Reserves. This was for no other reason than the venue, East Park Farm. It was right near my brother's place and I'd been due to visit a few weeks back when visiting him. But Hurst pulled out of their game against Wargrave (with a couple of days notice to be fair) and so I had to make the longer trip to Reading City U23s instead. It was a terrible game as they drew 0-0 with Mortimer. It seemed to be a pitch available to all, with no permanent home team. The opportunity came up again for this Saturday, this time for a game in Thames Valley D2 between Twyford & Ruscombe and Richings Park Reserves. I spent the Friday night watching England v Scotland, which ended 0-0. It wasn't the greatest result, but there were plenty of people acting like it was the end of the world. Having started my England watching with a defeat to Holland followed by going 1-0 to San Marino within seven seconds, I was more realistic. As well as that, you had the England v Scotland factor in, which always ensures things are never simple. 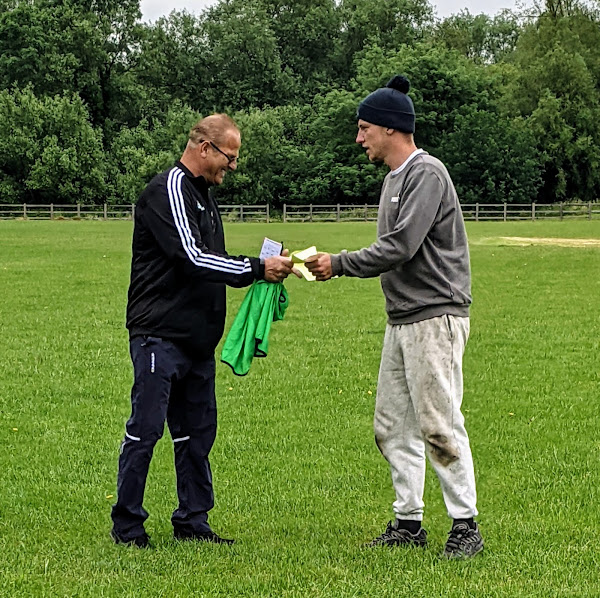 I had a reasonable nights sleep, waking up just before 7. After having some breakfast, I decided to walk to town and back as it would be good exercise and I needed a few things anyway. Having had a decent walk, I had a Cumberland Ring and chips that I'd bought for lunch. It was massive, 400 grams but I managed to polish it off along with some chips. I had been tempted by their 'Godfather' steak which was twice as big as my sausage but decided against it. I left at 12.35, meeting Anwar and Colin at Wycombe Station at 12.50. The journey over wasn't the best, lots of delays and I didn't drop my passengers off at Henley Town until 1.35. The journey to my game also had a small delay. I arrived right on kick off to discover the away team not yet there which was becoming a trend after the hour late kick-off at Rotherfield on Wednesday. Richings Park finally got to the ground at 2.25 and the game kicked off around ten minutes later. 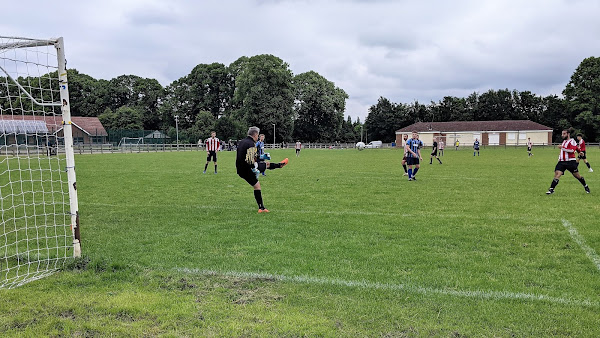 Twyford & Ruscombe were on a seven-game losing run, notable results being an 8-1 thrashing by Goring United, an exciting 6-5 defeat to Maidenhead Town and the reverse fixture of today's game which ended 7-2 to Richings Park Reserves. Their last win had come on 17th April as they won 3-1 at Hurst Reserves. Richings Park Reserves were in decent form and sitting 4th. Their last game had seen them beat Datchet 6-4 and their only defeat in the last 12 games was a 4-2 loss to leaders Henley Town. It looked to be the same old story for the hosts when Richings Park scored with the first chance of the game. Hesitation in the home defence allowed #9 to finish at the keeper's near post from a few yards out. On 7 minutes Twyford had the ball in the net, but the 'goal' was ruled out for a foul. A couple of minutes later, they did get the equaliser. A defender passed the ball back to the keeper who handled it. A free-kick was awarded for the pass back and Twyford quickly put the ball into the net. However, the referee had not blown his whistle, so it had to be retaken, but not before some dog dirt was cleared off the pitch. The second set-piece was well worked and levelled things up. Richings Park were awarded a penalty for handball on 14 minutes, but the resulting spot-kick was blasted over. The hosts took full advantage and on the half-hour mark, they were awarded a penalty of their own. This was scored to make it 2-1 and on 35 minutes they made it 3-1. It was an excellent cross that #9 headed home at the back post. On 39 minutes it was 4-1 when slack marking allowed #15 to head home. Twyford & Ruscombe were jubilant at halftime and it looked as if their bad run was coming to an end. The second period started slowly, but then suddenly there was a goal flurry. A well-worked goal on 52 minutes reduced the arrears to 4-2 but straight after the three-goal cushion was restored after some shoddy marking left a player with an easy finish. Another minute later, the arrears were reduced to 5-4 with a quick goal on the break. On 58 minutes it was 5-4, thanks to a Richings Park penalty. Twyford pushed forward but were caught on the break on 64 minutes with a shot that hit the post on the way in. Remarkably, it was 5-5 but the visitors were not done yet. Goals on 69 and 84 minutes gave them a win that seemed implausible at halftime.

There was a minor scuffle towards the end following a foul. The referee had hinted at an abandonment but the whole melee resulted in just a single yellow card. The man in the middle, Ian Scott handled things pretty well and let the game flow. The result was harsh on Twyford & Ruscombe and it was a brilliant game in front of 31 fans. However, they only had their own shambolic defending to blame. It was 4.25 by the time I left and I met Anwar & Colin at Henley Tesco at 4.40. Their game had seen a 1-1 draw with the home side getting the title at the expense of Goring United. I dropped them off at the station at 5.10, getting home myself 10 minutes later. The evening consisted of watching Germany beat Portugal 4-2 in the Euros, a pizza for dinner and the online pub quiz. It was my last game of the season but it all starts again next week with a trip down to Kent for a game at Herne Bay v Grays Athletic or if not, Folkestone Invicta v Ramsgate. 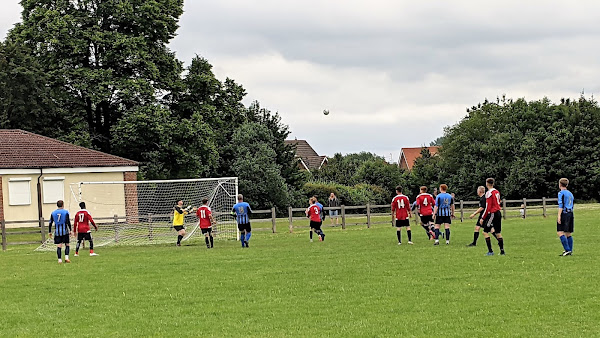 THE GROUND
EAST PARK FARM is a decent setup for the level, with a pair of pitches fenced in. It is in a public park and has a pavilion. Nearby facilities include a pub. There's a good-sized car park and it is on a couple of bus routes. 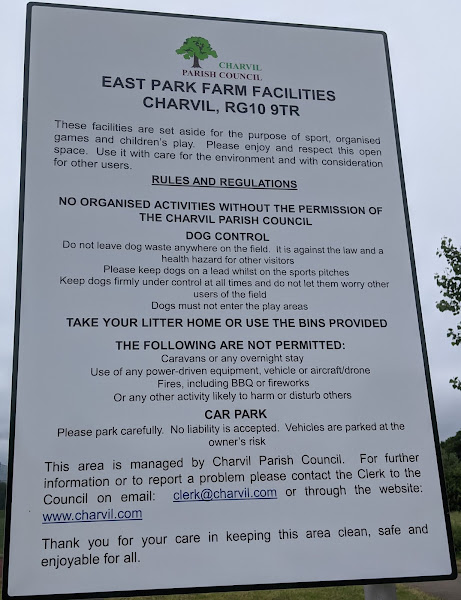 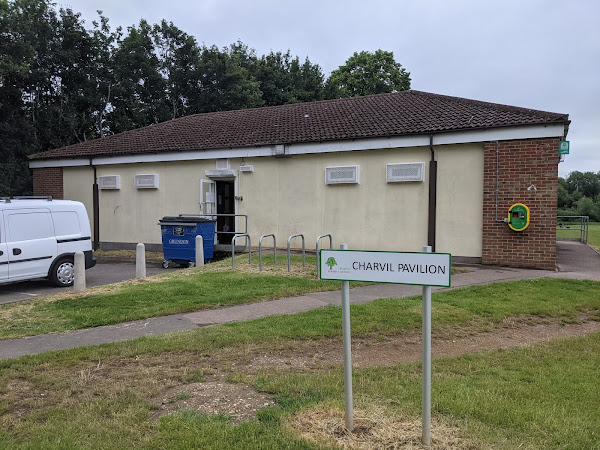 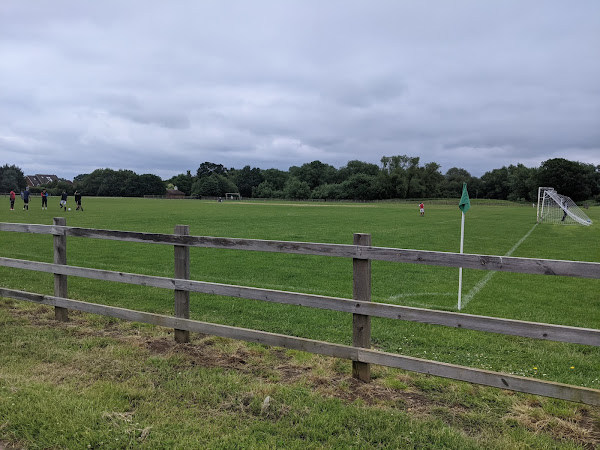 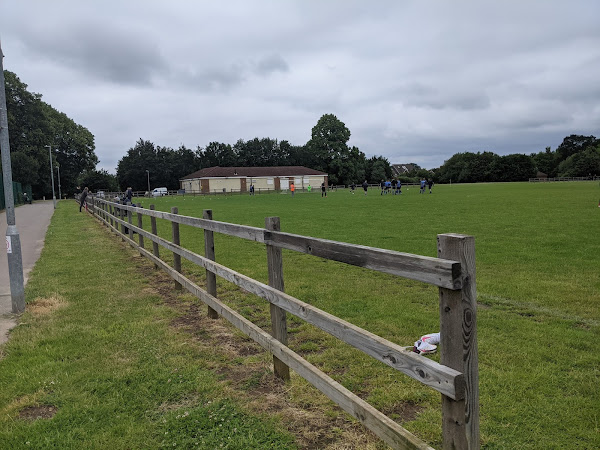 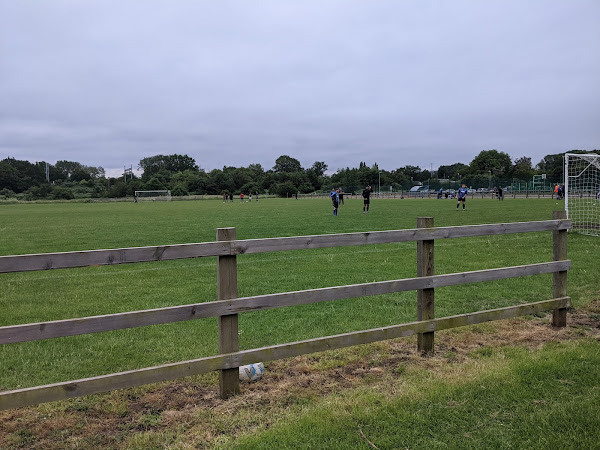 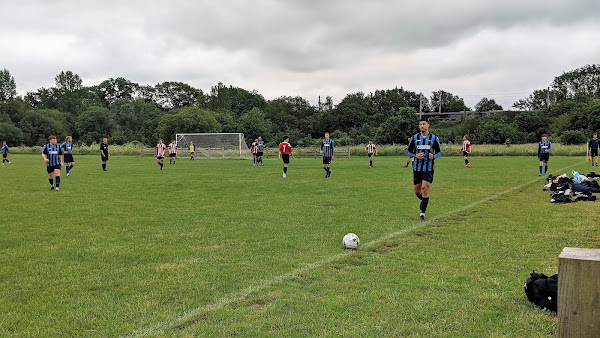 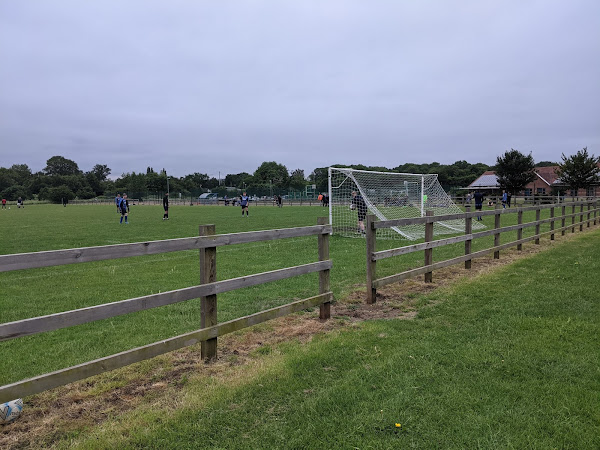