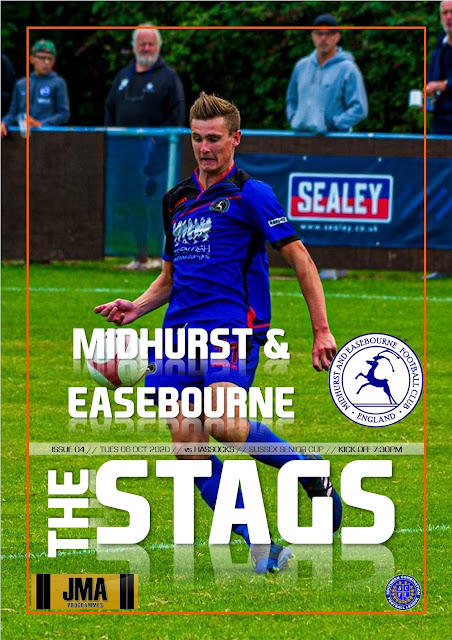 The club was established in 1946 by a merger of two clubs - Midhurst (who had lost their ground to a school) and Easebourne (whose squad and committee had been decimated during World War 2). They joined the West Sussex League upon formation, winning the title in 1956, 1963, 1965, 1968. 1977 & 1980. Following a rejected application the previous year, Midhurst & Easebourne joined the Sussex League, starting in Division 2. They finished as runners-up to Wick in their debut season, earning promotion to Division 1. Despite enjoying the club's best-ever finish of 14th in Division 1 in 1986, the team struggled at the higher level and were relegated back to Division 2 in 1987. Promotion to Division 1 was secured in 1992 as runners-up to Portfield. Their joy was short-lived however as they suffered two successive relegations to end up in Division 3 and spent the rest of the 1990s flitting between the Sussex League's bottom two tiers. Following a bottom-place finish in Division 3 in 1999, Midhurst & Easebourne were relegated to the West Sussex League. They won the league in 2002 to win promotion back to the Sussex County League. They were Division 3 champions the following season and despite a bottom-place finish in 2010, they remain in the Division to this day, albeit with it being renamed the Southern Combination Division 1. 8th place in 2015 was their best finish in recent times. Prior to last season's cancellation, Midhurst & Easebourne were in 6th place. 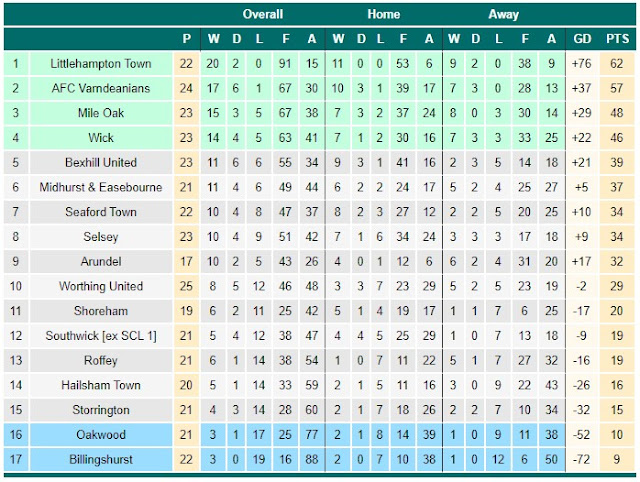 For tonight's game, I'd be on my own. All my hoppers were busy - Anwar with his daughter's birthday and Colin, who I had taken to a game for the first time on Sunday had already made arrangments. Therefore, I wanted to keep the mileage down to save on costs and also to get back as soon as possible with me up at 4 am the following morning. There were two options that stood out - Broadbridge Heath v AFC Uckfield was closer by a whisker and kicked off 15 minutes earlier but Midhurst & Easebourne v Hassocks was the better game (involving step 6 v step 5) and was also £2 less to get in. If one fell victim to the weather then I would have the other as backup, but I still couldn't make up my mind which one. The solution was a Twitter poll, ran in the evening and overnight, so I'd have my decision in the morning. I spent the Monday night doing yet more planning, this time for Saturday. After taking various factors into consideration, I found 17 potential games in the FA Vase and worked out the best one to do with each hopper and indeed both of them. As it turned out, only Anwar was available, so it was down to five options that made the most sense, mileage-wise. 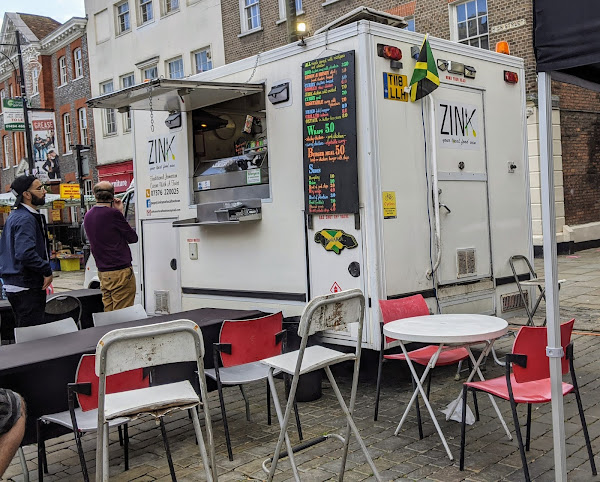 Back to my Tuesday night game and I awoke on Tuesday at 7.30 after a good lie-in by my standards. Half an hour later, the results of my poll came through and decided that Midhurst & Easebourne would be my destination for tonight's game. I spent a couple of hours researching the club history and making plans for tonight. The idiocy of the current government continued with the news that 15 cinemas showed Premier League games over the weekend, yet fans in the top six levels of English football are still banned from watching live games in the open air. I walked down town around 11 am and had lunch at Zink, the Jamaican food van in the market. My Jerk Chicken wrap and Jerk Chips were both excellent and I'll certainly be returning. I also picked up some shopping and as it was starting to rain and my Dad was in town, I got a lift to save me walking the four miles home. The afternoon was spent relaxing at home and watching YouTube videos. After a dinner of Keema Curry, I left at 5.15. For the second week in succession, a journey involving the M25 went astonishingly well, with no delay whatsoever. I got off at Junction 10 and went down the A3, though the last 20 miles of the journey were on small country roads, the only major place being Haslemere. Podcasts from Quickly Kevin and Tales of a Groundhopper made sure the journey went quickly. I was at the ground by 6.40 and waited in my car until 7 when the floodlights were switched on. I paid my fiver entry at the gate but didn't bother with a programme. I noticed on the sign outside that the kick-off time was 7.30, proving Hassocks, who had tweeted me yesterday were correct. I enjoyed my visit there a few years back and so didn't mind who won. All of the COVID protocols were followed with track and trace being in place and reminders about social distancing. After getting some pictures of the ground, I returned to my car for a bit until around five minutes before the game. There was rain on and off, but luckily there was plenty of space in the stand to stay dry. 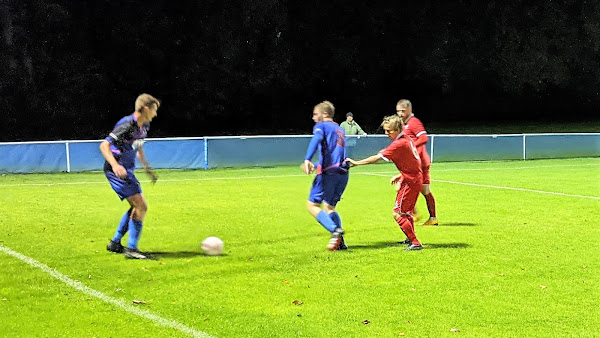 Midhurst & Easebourne have continued where they left off so far in 2020-21, enjoying a solid start to their Division One campaign in which they have won three, drawn one and lost three of their games so far. Two of those defeats came against promotion favourites Littlehampton Town & Mile Oak while their third loss was at the weekend against Worthing United. The Stags’ most impressive win was their 2-0 success away at a strong Seaford Town side. They have also beaten Roffey 4-2 and Oakwood 2-0 as well as drawing 1-1 with Arundel. In the league, Hassocks had enjoyed a mixed start - beating Lancing 3-2, Pagham 2-1 and Peacehaven & Telscombe 2-1. On the flip side, they had lost 6-2 to Eastbourne Town, 3-1 at Alfold and 3-1 to Steyning Town. They'd lost to Bedfont Sports 3-1 in the FA Cup after beating Balham on penalties and gone out of the FA Vase at the first hurdle, losing 3-0 to Peacehaven & Telscombe. The visitors had travelled just under 40 miles west to tonight's game. The two sides had played each other five times in the past with each team being triumphant on two occasions. The last time they met was in 2016 when Hassocks triumphed 2-1 at Rotherfield in extra time in a Sussex RUR Cup tie.

I didn't get any team or scorer details on the night, but I gather that Hassocks were much changed. Midhurst & Easebourne were straight out of the traps and they were ahead after 4 minutes when a corner from the right-hand side was headed home. The visitors responded straight away and a couple of minutes later, they forced the Midhurst keeper into a great save as he tipped the ball around the left-hand post but the resulting corner came to nothing. The lead was doubled on 22 minutes, this time a corner was put in and a flicked header across was headed home at the far post. It was 3-0 on 33 minutes when a shot from long-range deceived the Hassocks keeper as it squirmed through his hands. It took until 40 minutes for the visitors to have their first real chance - a good through ball from Short found Loversidge who rounded the keeper but could only hit the post from a tight angle. Suffice to say, the Hassocks boss was not happy with his team's performance. With social distancing protocols, he had to do his team talk on the pitch. His expletive-filled rant wasn't quite John Sitton at Orient in the 90s but he was not happy that his team had barely laid a glove on 'this shower of shit'. His words must have would up the players as the second half started in a very niggly fashion with a heavy tackle from each side sparking a minor fracas. The visitors were not much better in the second half, a mix up in the defence allowed a Midhurst man to have a free shot at goal but he missed the target altogether. Hassocks were having a decent amount of possession but they weren't setting the keeper or creating many chances. If anyone was going to score, it was going to be the hosts, they hit the post from a very tight angle and forced a decent save from the Hassocks keeper before the 90 minutes was up.

Safe to say the Hassocks manager isn't happy about being 3-0 down at half time 😂 pic.twitter.com/dtblPDKjg7

Midhurst and Easebourne were clear and deserved winners on the night, with Hassocks offering very little. I left at 9.25 and had another good journey home, listening to the Mike Parry and Alan Brazil podcast on the way home. I was in by 10.40 and was in bed by 11. Despite this, I didn't get to sleep for over an hour, meaning I was pretty tired the next morning at 4 am. I even fell back asleep for half an hour after my alarm went off, but luckily, I still managed to get to work on time, albeit in a bit of a rush. I didn't need a nap the following afternoon although the day at work was longer than I'd have liked. Next up for me could potentially be an FA Youth Cup game at my local side Holmer Green on Thursday, if I don't stay in to watch the England game. If not, it'll be an FA Vase game on Saturday with the favourites at the moment being Thornbury Town, Lakenheath and Whittlesey Athletic. 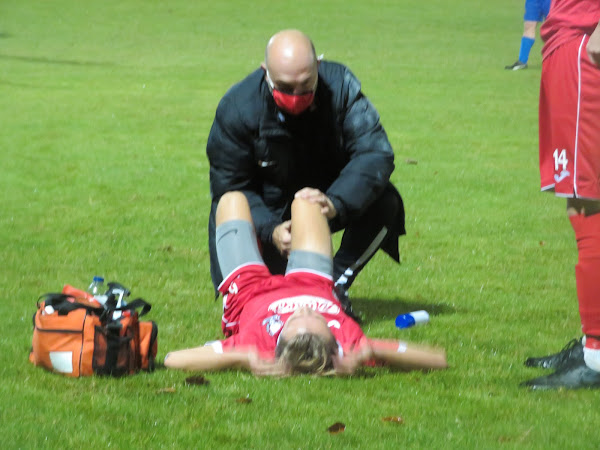 ROTHERFIELD is a basic but charming setup, the ground is set amongst footpaths and countryside, so it should be easy enough to get photos on a non-matchday. There's just the one area of cover, a stand with benches for 100 plus another 20 standing. The ground has two sides hard standing. There is a large car park, but I'm not sure about public transport. There were basic food and drink options and these should do the job as I didn't see much in the immediate vicinity of the ground. The facilities are quite a way from the pitch as cricket is also played there during the summer. Overall, well worth a visit. 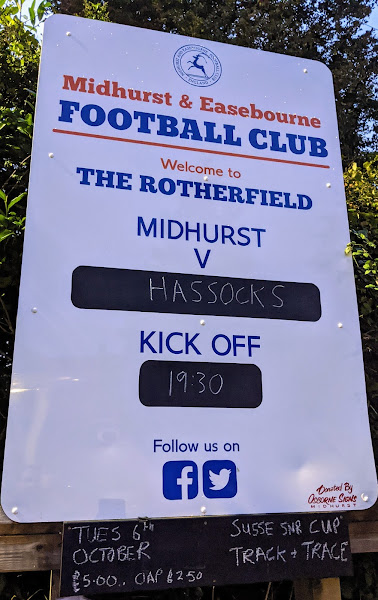 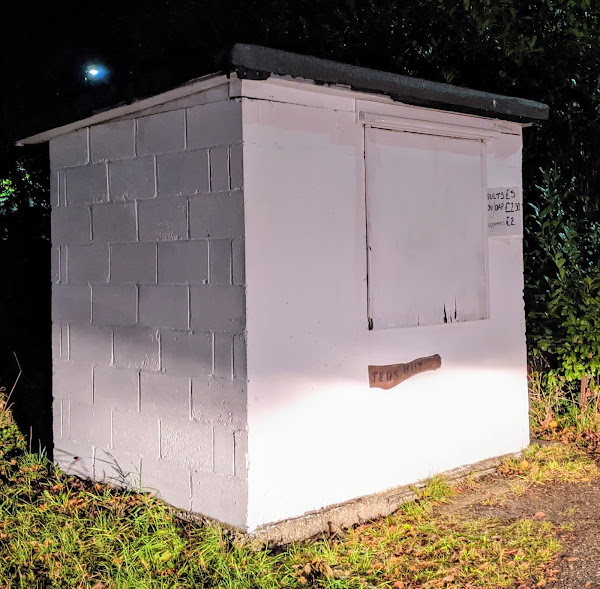 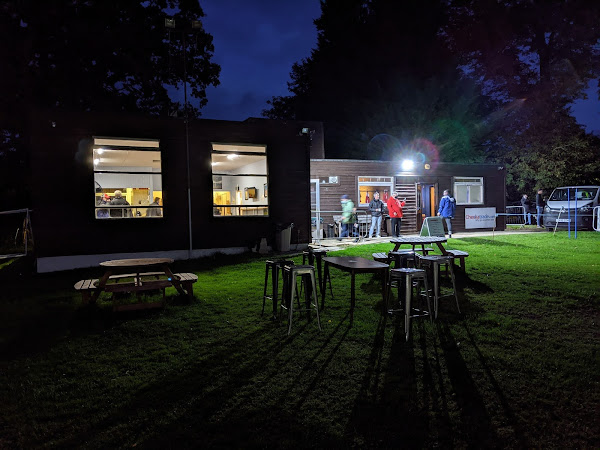 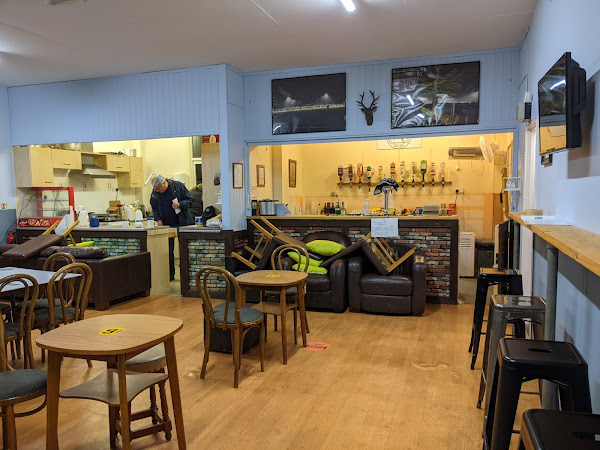 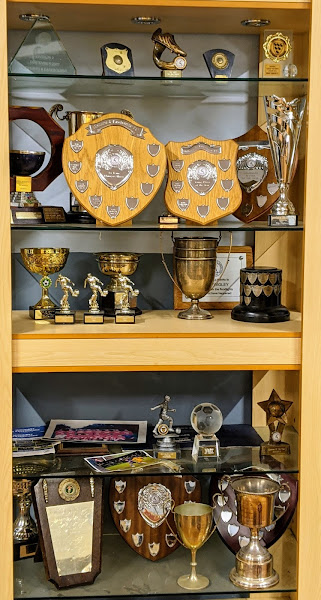 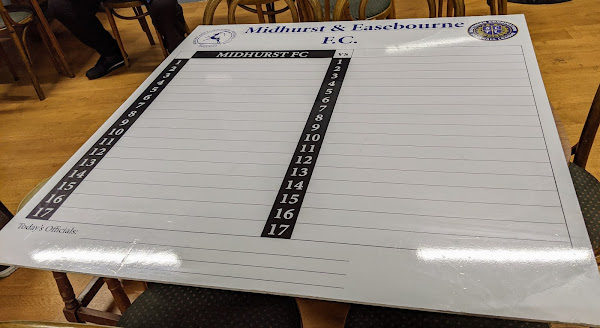 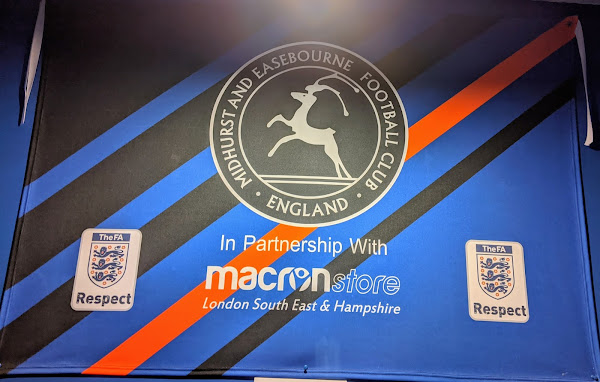 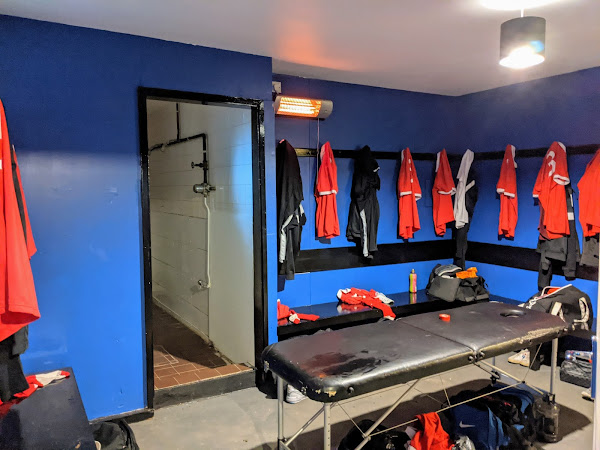 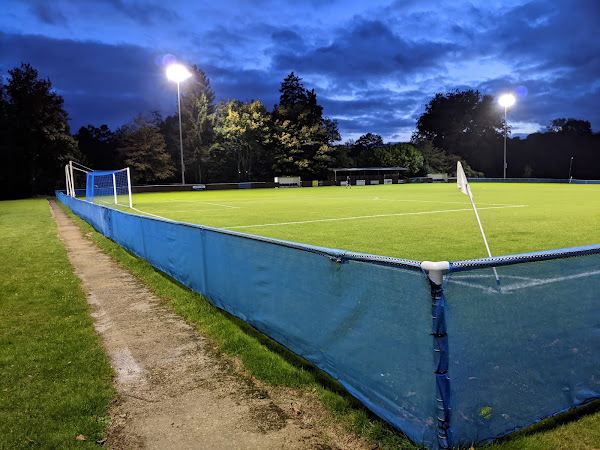 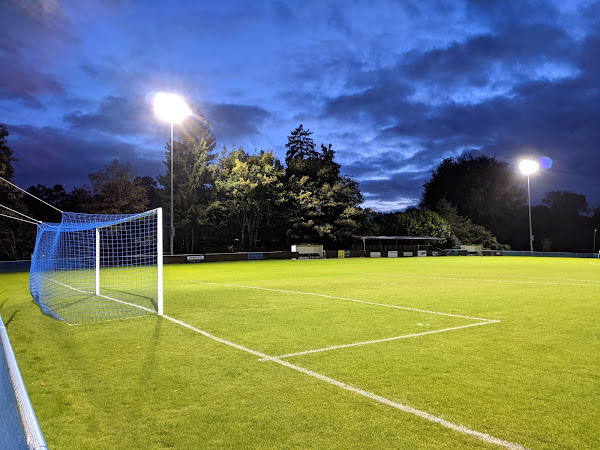 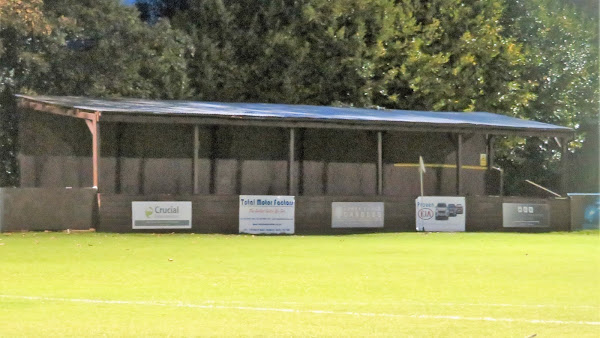 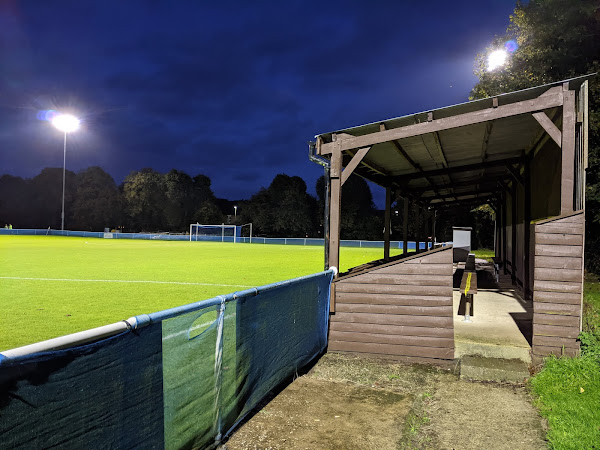 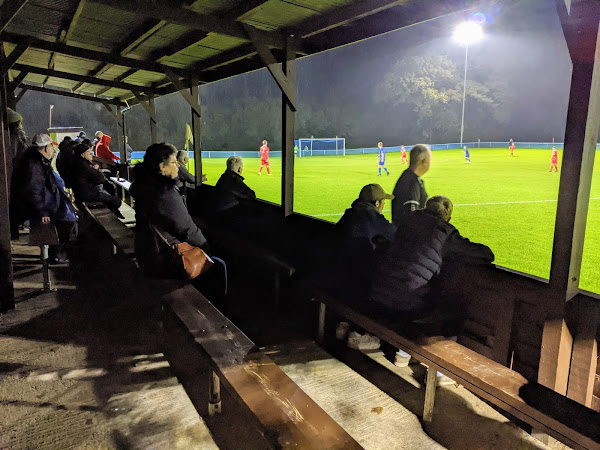 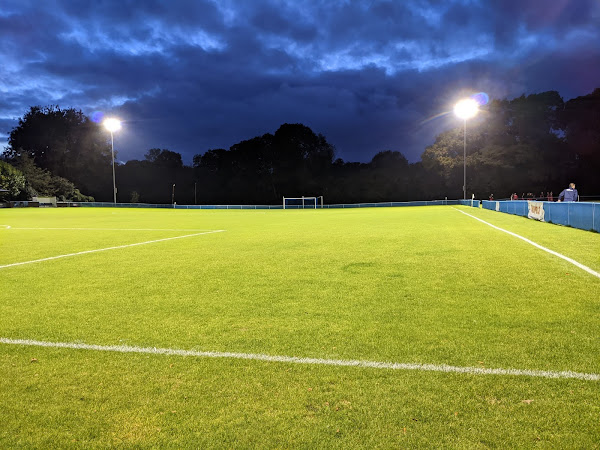 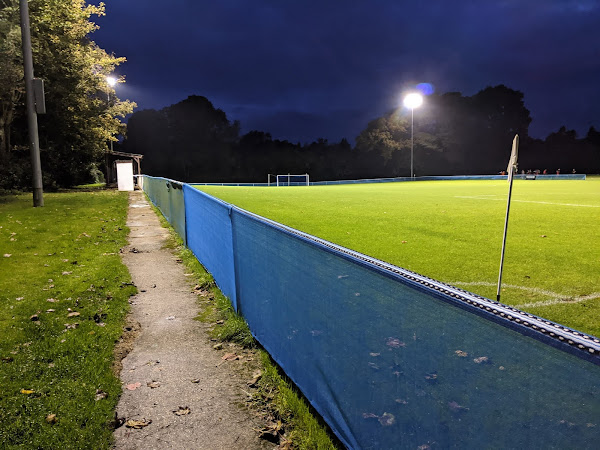 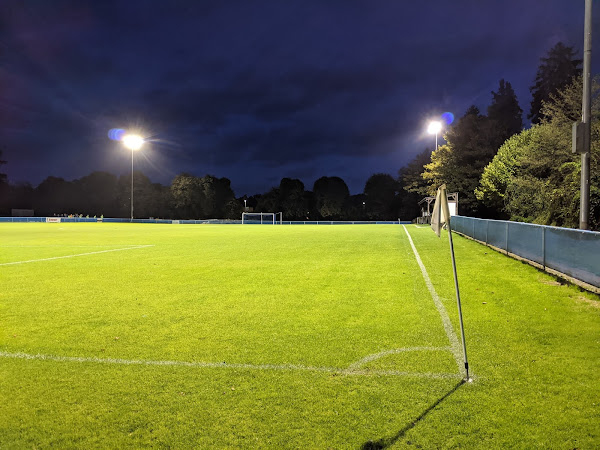 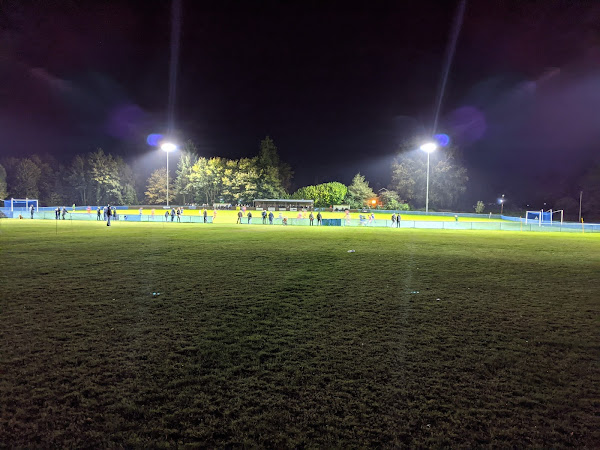