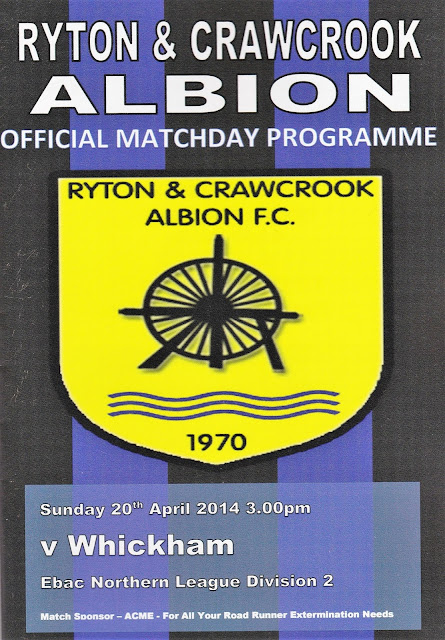 RYTON & CRAWCROOK were founded in 1970 as Ryton FC, changing their name to their present guise in 2011 in an attempt to appeal to a wider area. They reached the FA Cup 1st Qualifying Round on 2 occasions but suffered heavy defeats to Halifax Town and Spennymoor Town. In the FA Vase, they reached the 2nd Round in 2008, beating Guisborough Town 10-1 along the way. League wise they spent the first part of their existence in the Northern Alliance and other local leagues before joining the Northern League in 2005. They finished 3rd in the 2nd Division in 2008 and so were promoted to Division 1. Despite finishing 10th in their first season, a couple of years later they finished rock bottom, due to small attendances and sponsors reneging on deals that had been agreed, From then on it has been a struggle and they currently sit bottom of Division 2 and in real danger of relegation back to step 7. 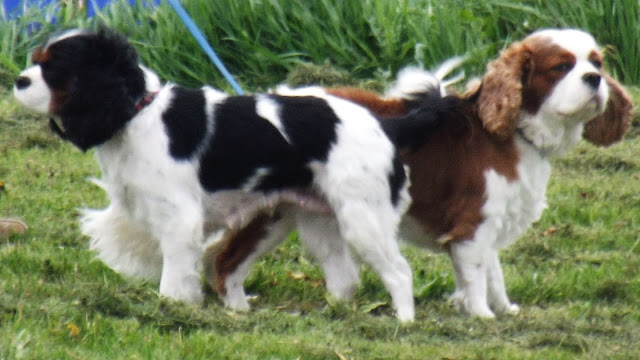 After the Consett game, I drove the 30 minutes to Ryton & Crawcrook Albion. The route took me through some pretty villages and some lovely countryside, though with winding lanes it was a bit slow at times. I got to the ground at 2.25 and after parking in the concrete plant opposite, I made my way to the ground. After paying to get in, first stop was the Ryton club stall. They were selling old books for a quid a pop so I got a couple. I then went and had a look around and bumped into the Leicester fans that I saw at VCD Athletic a couple of months ago. Before the game started, I went to the tea bar and got myself a pie for lunch. I went over to the far side and stood near the halfway line. Whickham got the only goal of the first half as they dominated the game. At half time I checked my sat nav as I fancied going to see a mate in Darlington, but it was 45 miles away which would mean a long journey there and then further back north to my guesthouse, so I decided to give it a miss. For the second half, the home side started to get back into it and after forcing a couple of good saves from the keeper, they got back into it on 70 minutes when a ball was threaded into the box and slotted past the keeper to make it all square. Ryton & Crawcrook dominated the second half and even had a goal ruled out for offside. They certainly didn't look like a bottom of the table side and not for the first time this season, I saw Whickham/Wycombe flatter to deceive. 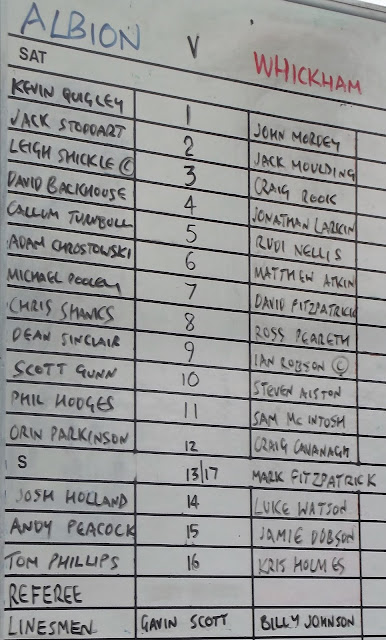 After the game, I said goodbye to Stu who had a 160-mile trip back to Grimsby. I drove the 18 miles back to South Shields, navigating Gateshead's mad road system and going past their ground. I listened to the radio as Everton beat Manchester United 2-0. It was the first time the Toffees had done the double over United since 1969 and the first time both Merseyside clubs have done the double over them in history. They have also only scored 3 goals all season against the top 5. I got back to my room at 5.40 and chilled for a bit before going out for a couple of pints and dinner. I was planning to have a curry but wasn't sure where a decent place was. In the end, I had a pint at a pub around the corner from my guest house, called The Steamboat. They didn't have much on and in the end, like Whitley Bay, South Shields had turned out to be a disappointment on the cider front. Next stop was the Wetherspoons again, where I had a huge Mexican Burger and all the trimmings with a pint of Thatchers Gold for under £7. I was absolutely stuffed after and went back to my room to watch 'For The Love Of Cars' on Channel 4 before going to bed shortly after 9. 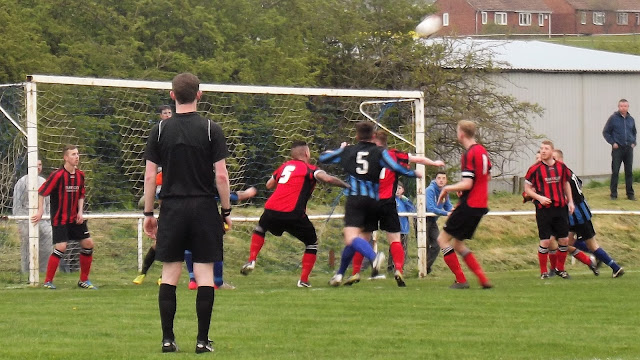 
Kingsley Park is set in beautiful countryside and is one of the more picturesque grounds I have been to. Unusually the main seating is behind the goal, holding just under 200. There is further cover along the side for another few hundred standing. The other goal is open flat standing and the one remaining side has the bar and dressing rooms on, with some elevated parts for a better view. The bar is nice and modern, even if it was a bit crowded for the groundhop. The tea bar offers a good range and nice pies while the club stall has a good range of old programmes and books. Overall, well worth a visit, with a nice if remote location and friendly people. 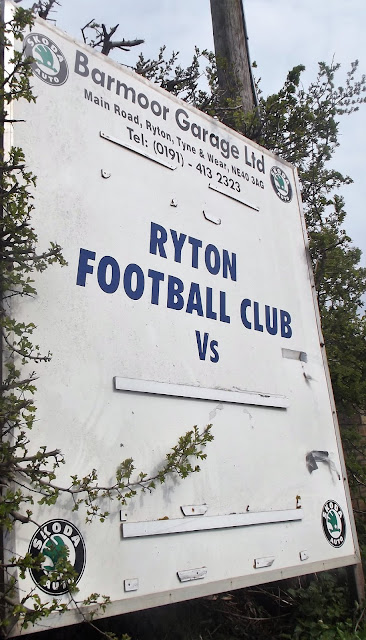 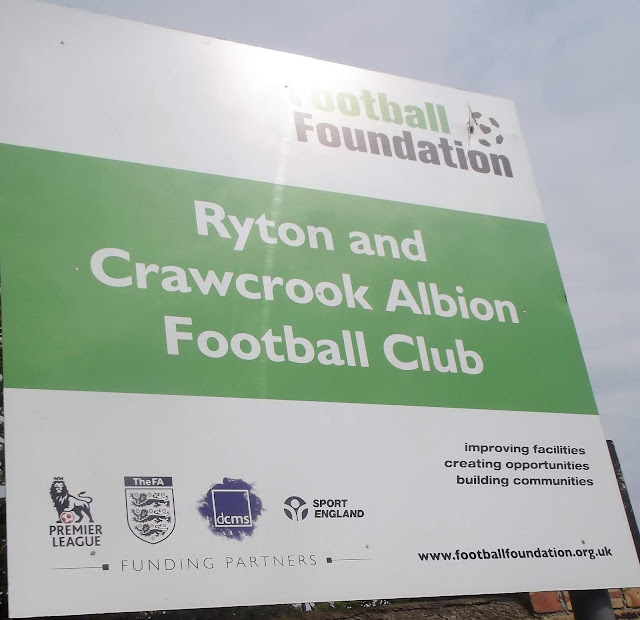 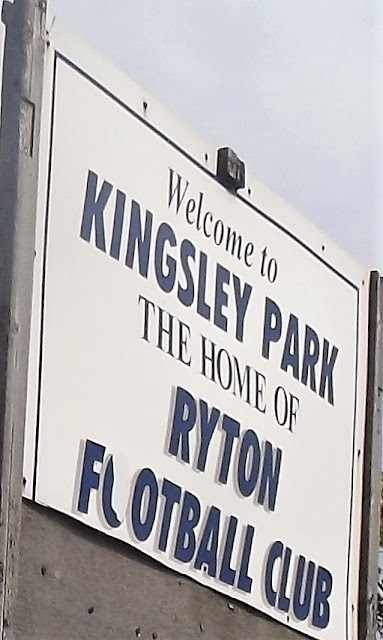 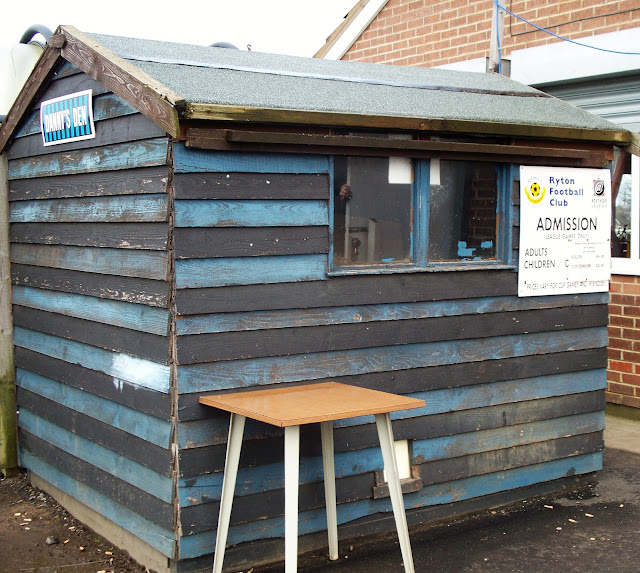 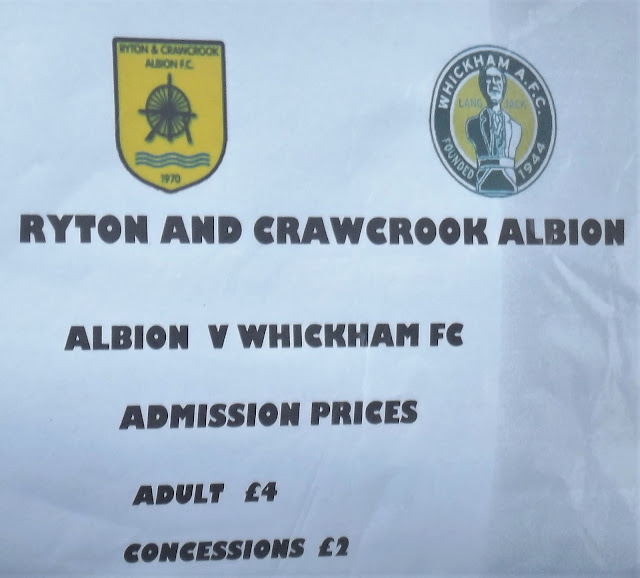 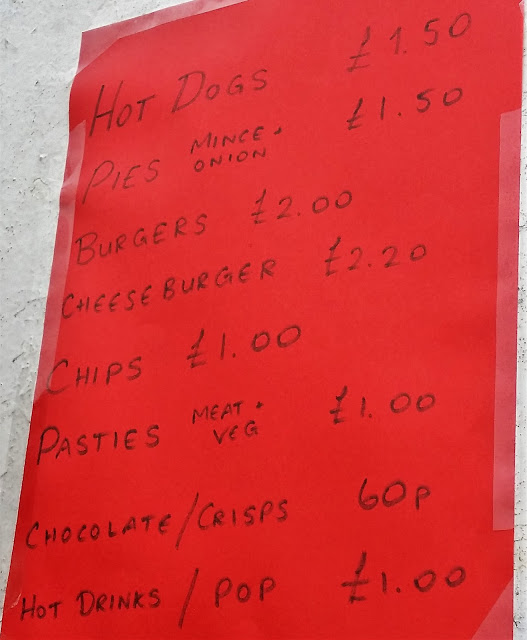 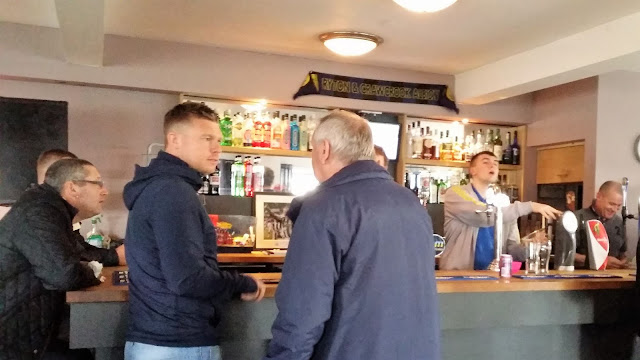 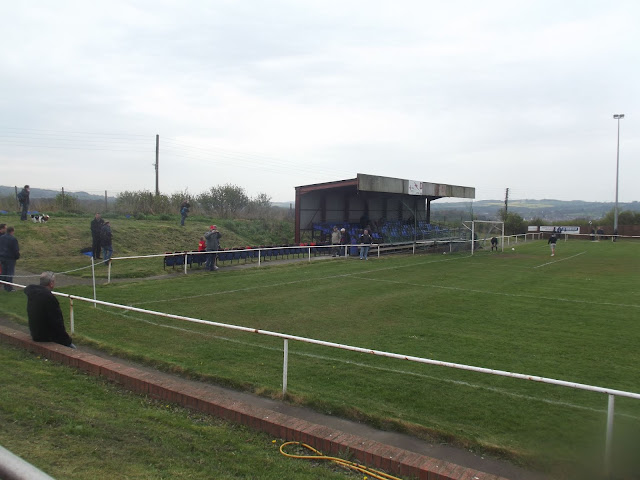 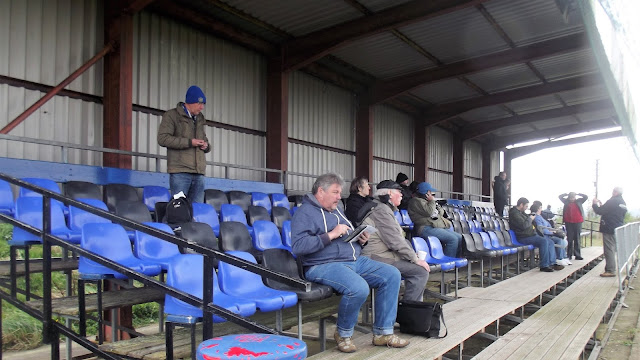 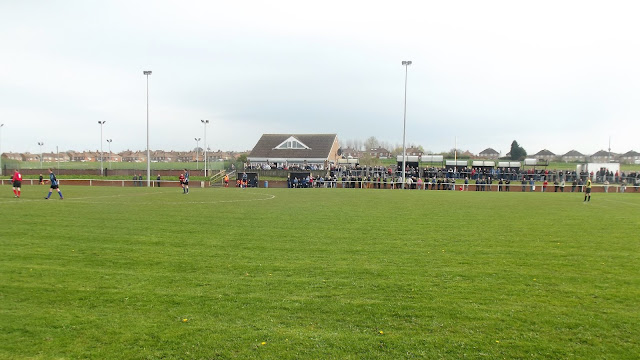 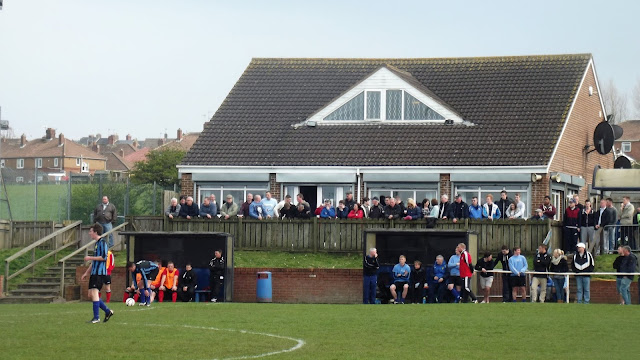 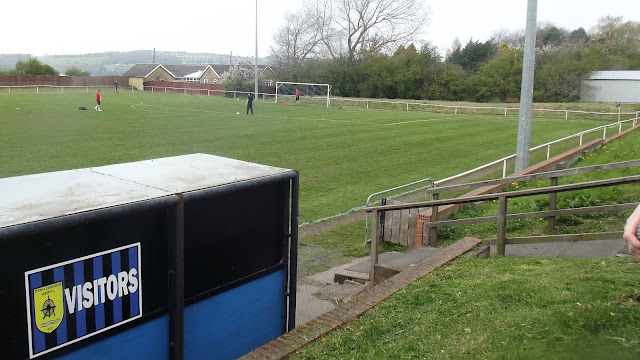 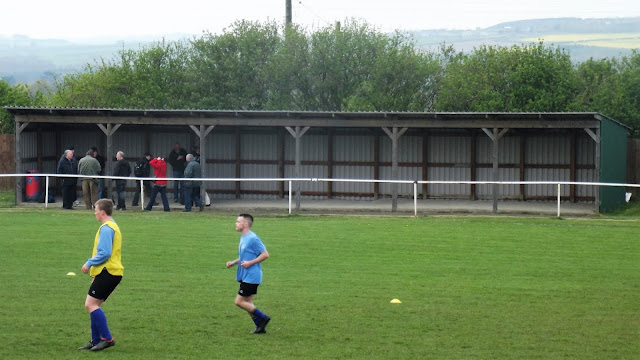 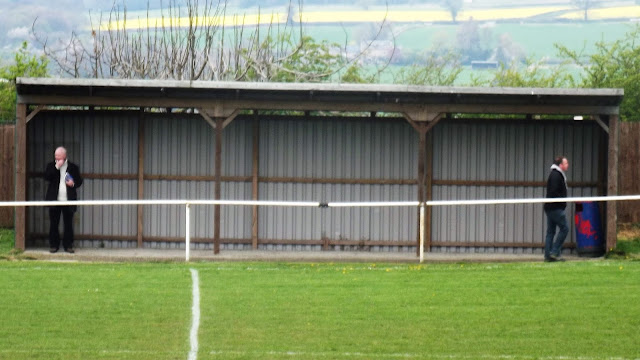