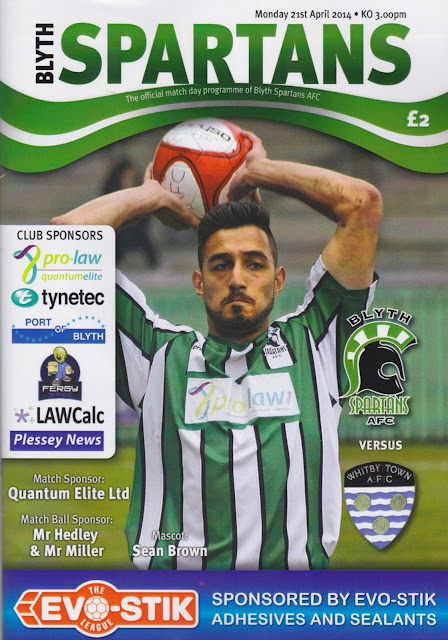 Blyth Spartans were formed in 1899 but their most famous hour came in the 1977-78 season when they reached the FA Cup 5th Round. They had to battle all the way from the 1st Qualifying Round, beating Shildon, Crook Town, Consett & Bishop Auckland before meeting football league opponents Chesterfield in the 2nd Round. They triumphed 1-0 before beating Enfield by the same scoreline. Then they beat Stoke City who the previous season had been in the top tier of English football. Wrexham were the opponents in the 5th Round and the Welsh side was given a damn good fight, only winning in a replay, played at St James Park, Newcastle, in front of a crowd of over 30,000. They were in the Northern League at the time and a few years earlier had their best ever season in that league. In the 1974-75 season, they went the entire year unbeaten, winning 30 out of their 36 games. They made the step up to the NPL in 1994 and won the 1st Division at the first attempt, gaining promotion to the Premier in the process. In 2006 they went a step further, up to the Conference North, where they stayed until 2012, finishing a best-ever 7th in 2007. In their first season back in the NPL, they finished 16th, but a vast improvement on that saw them just outside the playoffs at the start of play. 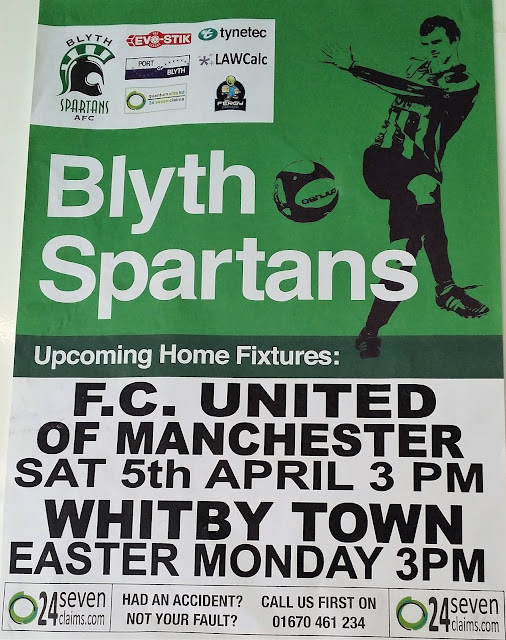 When looking at the Northern League Groundhop, I noted that I had already been to one of the grounds at Spennymoor. Luckily it was the 3PM kickoff so I would have a decent amount of choice. In the end, there were about 4 candidates and chose to take a brief break from the Northern League and head up to Blyth Spartans. They played 2 levels higher and had bags of history, a lot of which I learned from the book '2 wins from Wembley' about their FA Cup run to the 5th Round in 1978. After the Billingham game, I made the 90-minute journey to Blyth. There was around a 15-minute delay around the Tyne Tunnel for some reason. But I was soon on my way and got to Blyth Spartans just before 2. First stop was something to eat. I had seen a chippy when driving up to the ground and so I made my way there. I had Haggis and Chips for £2.70 and it turned out delicious, so I was well pleased with that. After that, I went into the ground and visited the club shop. They had a sale on so I bought a pack of 4 air fresheners, a pen and a drawstring bag for £3. I then went to the bar for a pint of Strongbow before going and taking some pictures of the ground. 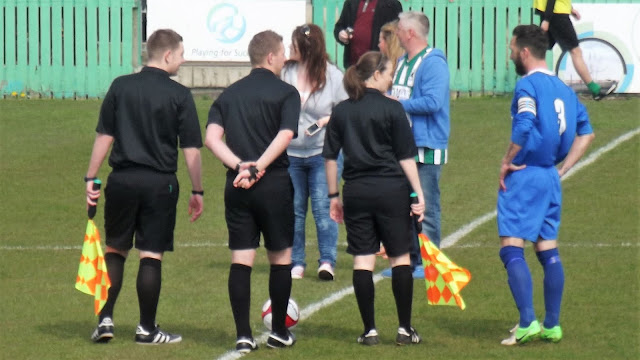 The Whitby fans were in great voice, but the miserable Blyth stewards poked their nose in where they could, confiscating the away fans megaphone. Apart from that though, everyone at the club was great and it was a really decent ground, certainly good enough for the Conference Premier and nicer than some in the league. Blyth were dire and it was hard to believe that they were so close to the playoffs, such was the mid-table visitors' dominance. One Blyth fan was not such a good loser, telling the Whitby manager to f**k off until he was confronted and forced to apologise by the said man in charge!. It turned out the Blyth manager Tom Wade had rested a load of players ahead of tomorrow's Northumberland Senior Cup Final game. Tom Portas opened the scoring with a great volley after six minutes. On 36 minutes Whitby made it 2-0 with a Craig Farrell penalty awarded for a trip in the area. Just before halftime, it was 3-0, Graeme Armstong netting a rebound after the original shot had been saved. Lee Mason scored the fourth on 51 minutes with an excellent volley before former Mansfield player Adam Rundle curled a shot into the top corner with 20 minutes to go for number five. Farrell got his second when he converted a cross with a few minutes to go and Armstong completed his brace with a close-range finish in injury time. I was really surprised at the margin of the score, even taking into account the players being rested, it should not have been that big. In any case, the reason was because of having 2 games in 2 days, which isn't the greatest of ideas by the fixture planners. In that game, they lost 4-0 to Newcastle United U21's, so they did at least improve, even if they lost in the end. It had been the biggest scoreline I had seen since Wycombe had lost by the same scoreline at home to Shrewsbury Town in 2008. After the game, it was off to the final game of my time away, at Newton Aycliffe. 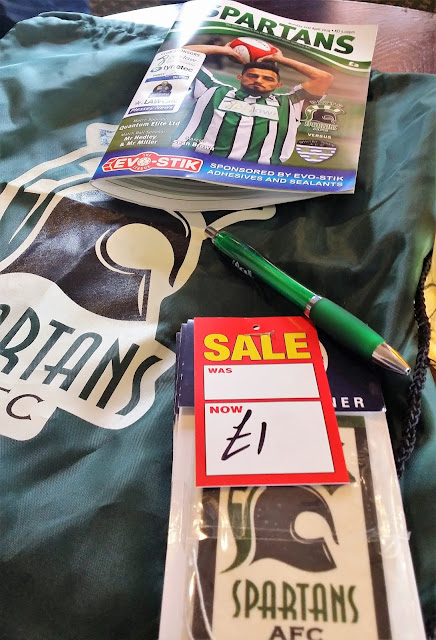 CROFT PARK is a great stadium for the NPL Premier and would most probably be OK for the Conference Premier. The only seated area is elevated above the pitch and has a capacity of just over 500. The other 3 sides are covered terraces, with a total capacity of 4500. The club shop was excellent with a wide range of items at good prices. The bar was very smart, though only had Strongbow on tap, but it did the job all the same. I didn't use the tea bar, but there is a cracking chippy a few minutes walk away, so I'd recommend going there. 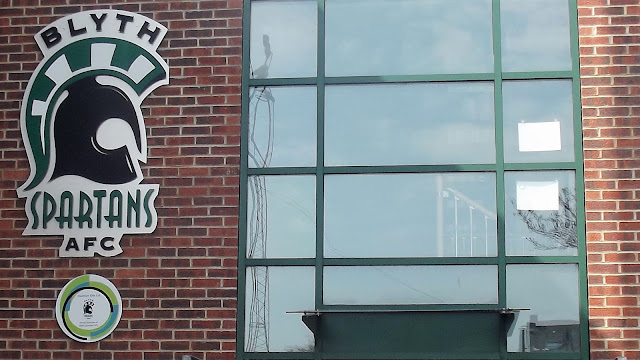 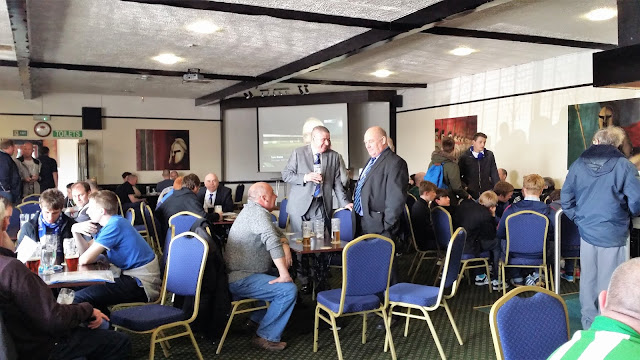 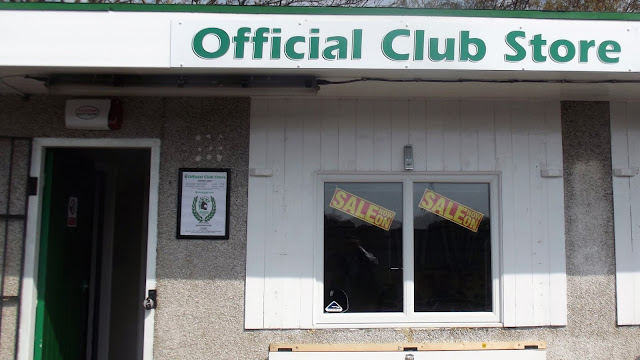 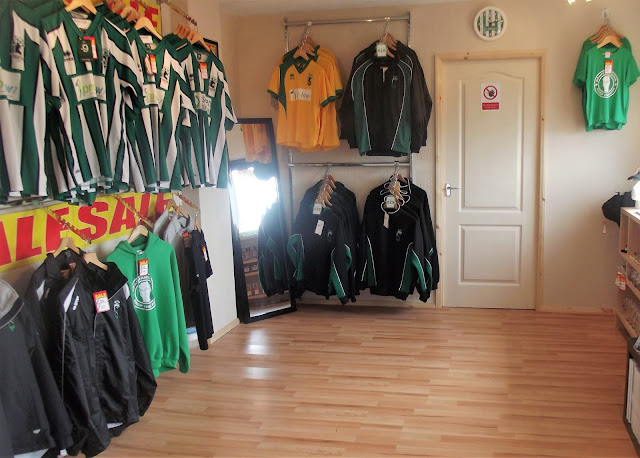 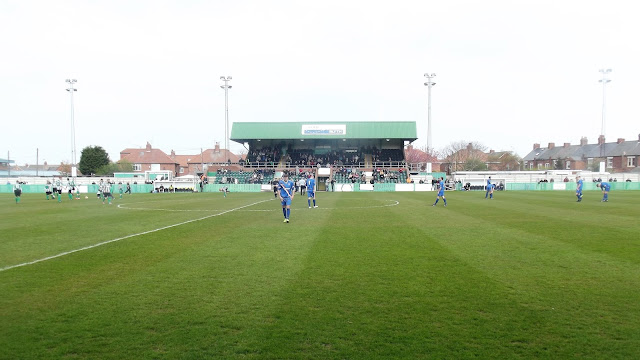 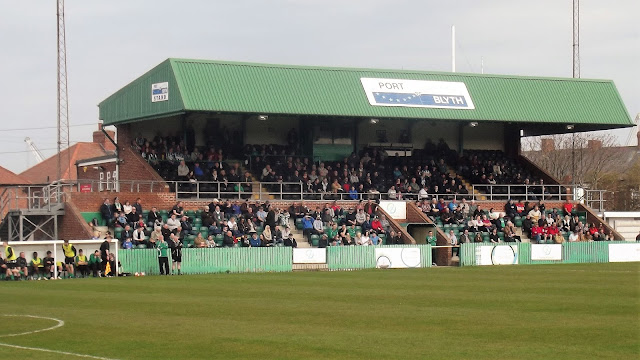 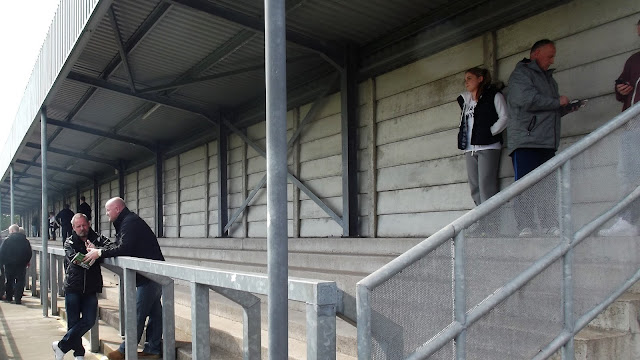 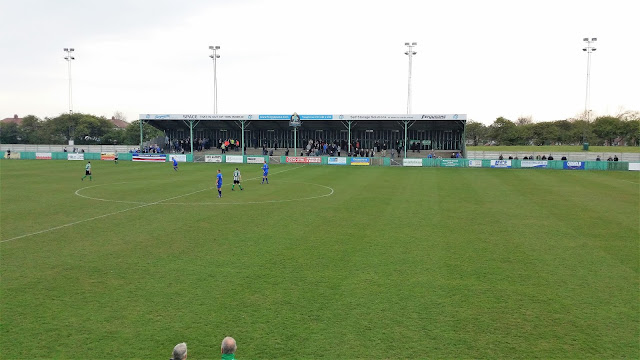 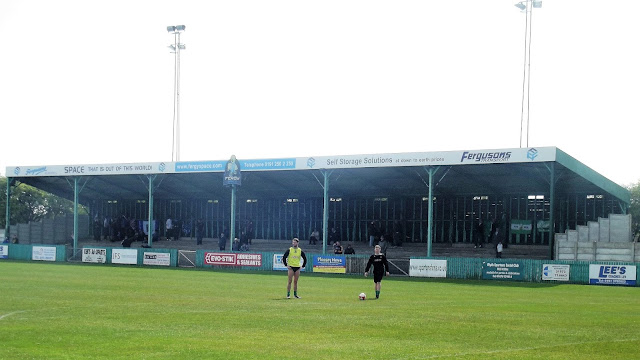 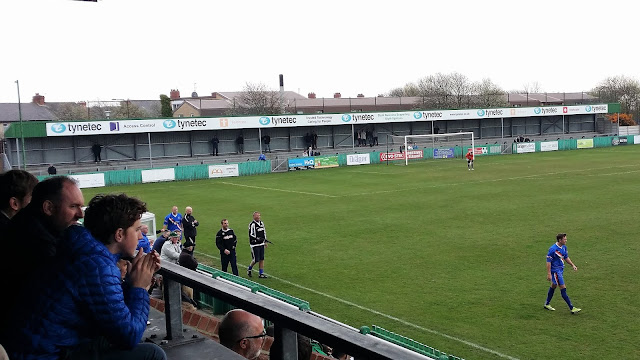