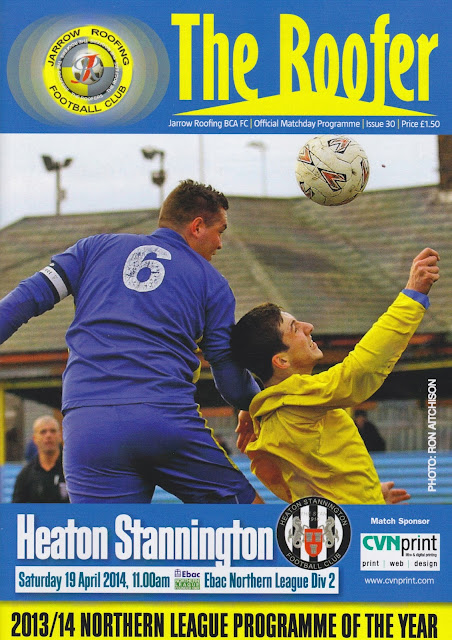 Jarrow Roofing was always a name that intrigued me, due to their unique second name. I guessed that it was a works team and I'd been up to look at their ground when up in the North East before. From the outside, it seemed a tidy enough venue and I knew that the club had been nice and sent some stuff free of charge to a disabled lad that I know that lived all the way down in Folkestone in Kent. The club was founded in 1987 and were managed by Richie McLoughlin who remains in charge to this day. He also helped build the ground with the committee, so he is a real club man. Initially playing in the Wearside League, the club were promoted to the Northern League in 1996, and have spent most of their time in the higher level division 1, but were relegated in 2012. They had their best ever finish of 6th in Division 1 in season 2003/04. Last season they came close to returning but finished 4th. They had their joint best ever FA Cup run this season, beating Glasshoughton Welfare, Dunston UTS and Morpeth Town before falling to Guisborough Town and in 2004/05 got to the FA Vase Semi Final, losing 2-0 on aggregate to Didcot Town. The team were 4th at the start of play and had a real chance if getting in the promotion frame if they won their games in hand. 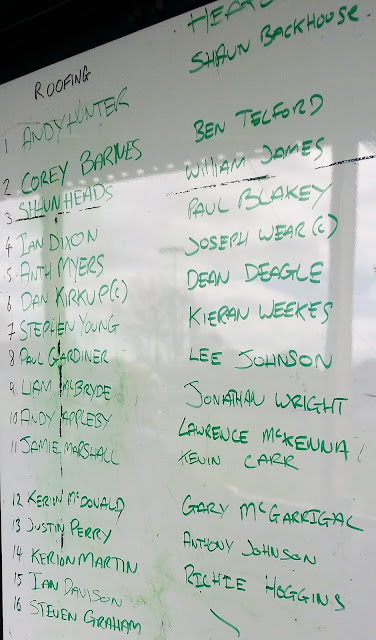 Back in January when the Northern League hop was announced, I was glad that I would have a couple of free days over Easter to do it. For practically every groundhop this season, Wycombe home games had interfered and I had missed out on some good times. But this one was a goer after the Wycombe v Northampton game was moved back to Good Friday, and with me having a rare weekend off due to Easter Sunday, it meant that I could stay overnight too. A few days before, I also got the Monday off work too, meaning that I could do 8 games in 3 days, even if I was deviating from the plan on Monday, due to having been to Spennymoor already. On the day I got up at my normal time for work and left home just after 5am. Luckily it was a decent journey up apart from a couple of parts with roadworks and average speed checks. I listened to Andy Crane on BBC Radio Manchester before tuning to local station Star FM. I got there around 9.20 and to kill time went to some local shops including ASDA. There seemed to be a hell of a lot of hairdressing places for one area in comparison to other shops which surprised me. 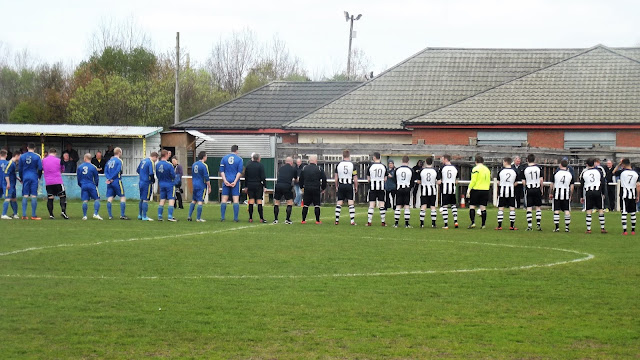 I went into the ground at 10am and collected my programme pack that came as part of my hop ticket. I also got a copy of the Northern League book called 'Northern Conquest' which was a bargain at £4 and a couple of the league's magazines for 50p. I bumped into Peter, a Southend fan and John, a York fan who I had met at previous games this season. Just before kick off, I met Stu, a Grimsby fan who I know and we stood and watched the match together. The home side opened the scoring on 10 minutes with a well-executed finish from inside the area. The first half was quite open with lots of chances for either side. The second half was a bit tighter though and Jarrow saw out their win with Heaton Stannington showing no real threat going forward. After the game, I drove to ASDA to get some cash out before going onto my next game. It had been a good start with a quirky ground and a reasonable game. 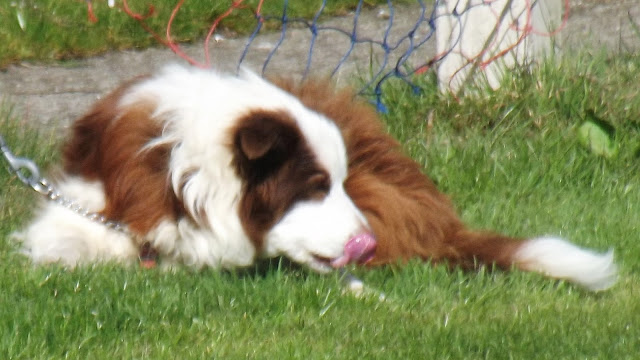 BOLDON CA SPORTS GROUND is an excellent ground for this level and has cover on 3 sides. They would probably be able to get up to step 3 at a push. The biggest stand is on the far side and holds around 150. On the side that you come in is a terrace that goes the full length of the pitch apart from a bit in the middle where the dressing rooms are. There is a small seated stand behind one end, whilst the other end is open hard standing. The tea bar looked very good with a wide range of food at fair prices and they also had a club stall selling club and league merchandise. I didn't see the clubhouse, but the small town is a short walk away and had supermarkets and takeaways. 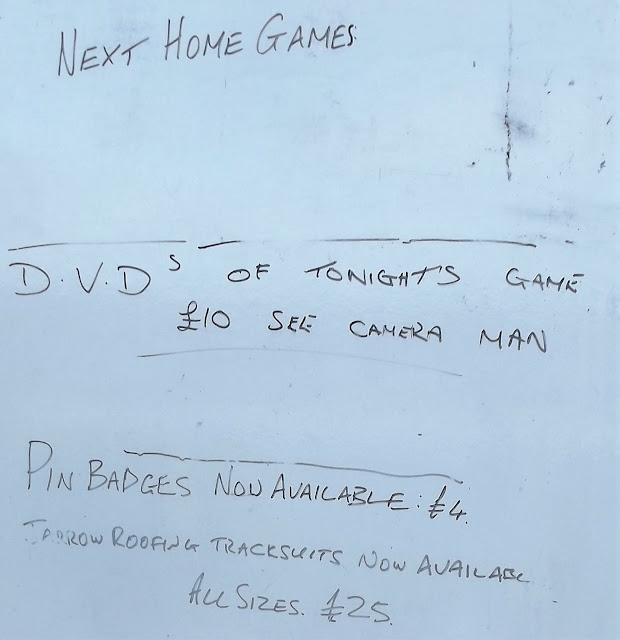 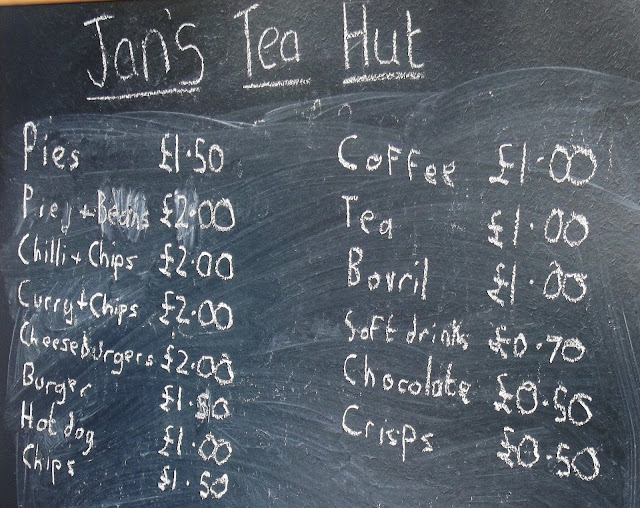 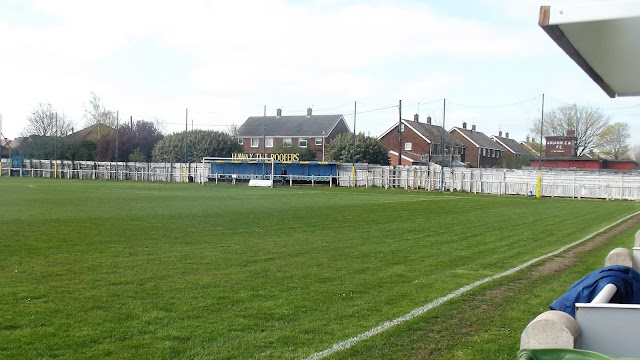 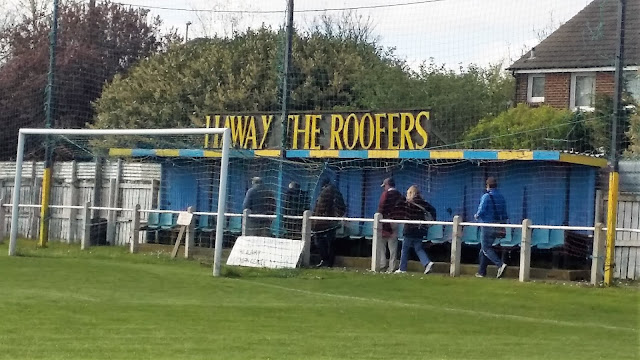 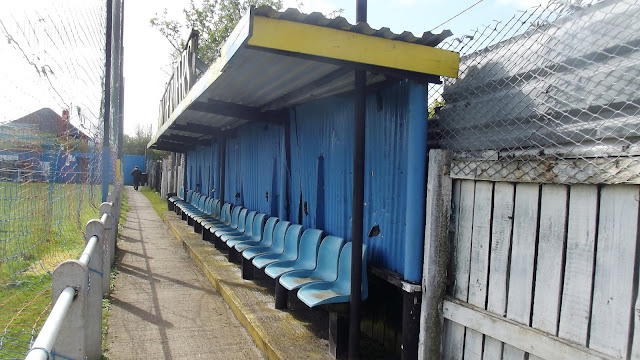 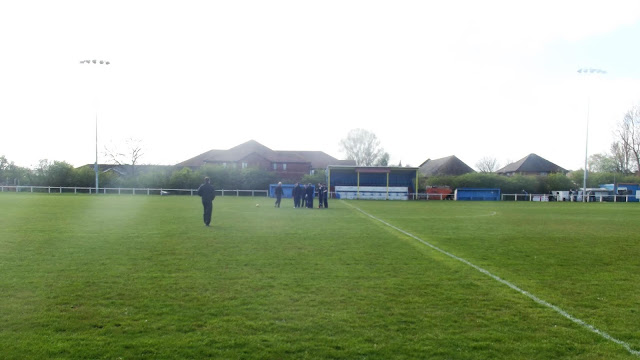 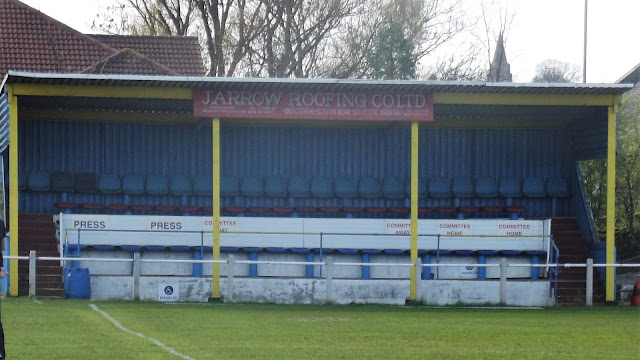 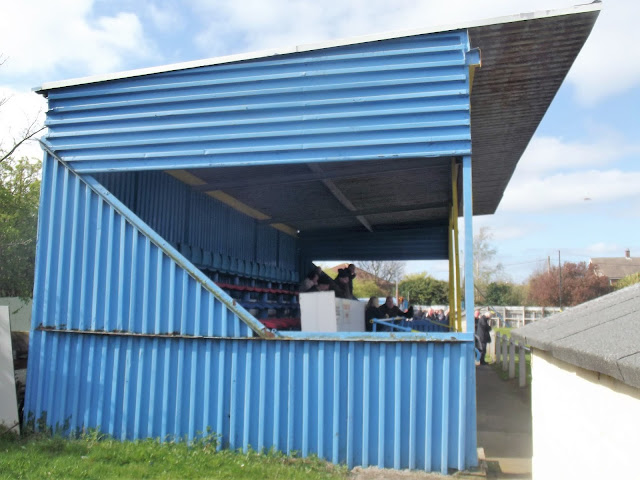 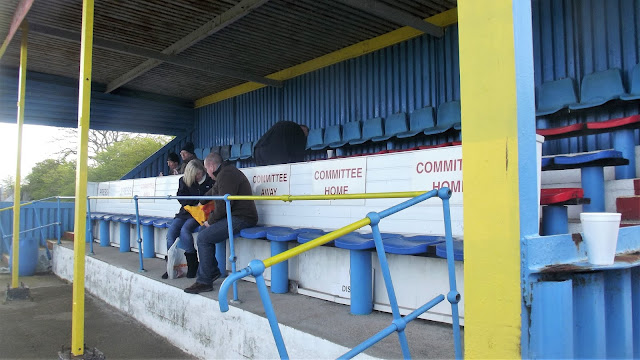 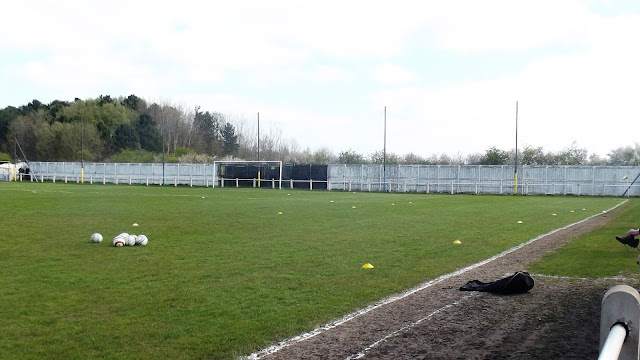 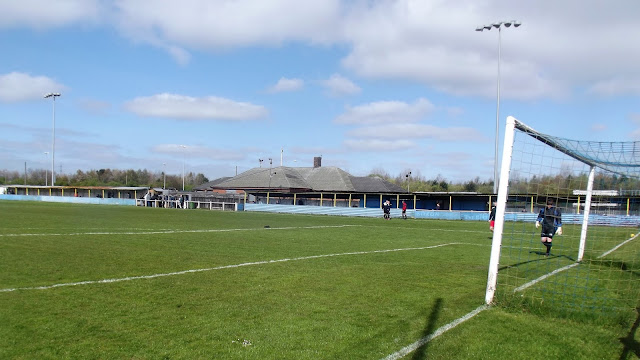 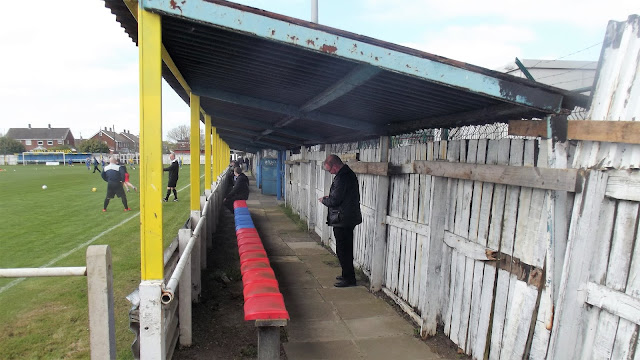 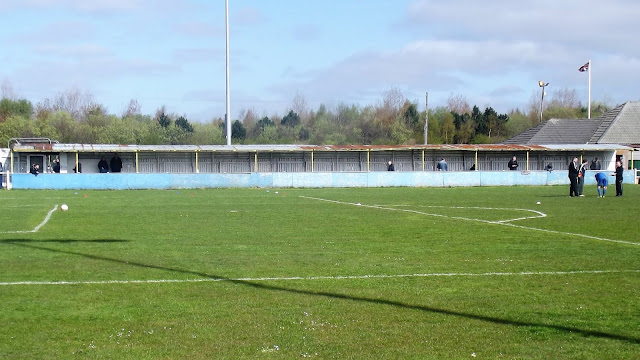