Brighton moved into their new Falmer home this summer, but it has been a real pain to get tickets. So when the opportunity to see a game there for £3 came up, I wasn't going to pass it up. Even though I did dither a bit and end up getting one of the last few seats in the ground. The game in question was England v Denmark, in an Under-19 International, the first International to be staged at Falmer to my knowledge. On the day I had been working and left Wycombe at 1PM. The plan was, as usual, to visit football grounds along the way, and I had six in mind, even though it meant me going off my route a bit. The first ground was Dorking's Meadowbank. A real old-style ground with covered standing at one side and a decent stand on the other. The rest is open terracing. Next up was Horsham. Another ground where I managed to get in, as it was open for a speeding awareness course! Pretty similar to Dorking, but a bit more modern (only just though) There used to be 2 grounds within spitting distance of each other, but Horsham's old Queen Street ground was knocked down and now both share Horsham YMCA's Gorings Mead ground. Then it was the turn of Shoreham, stuck at the end of an industrial estate, and had to wait at a level crossing for ages to get to it. It looked like a more modern ground than the previous two. Fourth on the list was Lancing, who play at the Sussex FA's ground. A very smart and modern stadium, probably one of the better ones in their league. The penultimate ground was Mile Oak, very basic with a small covered area and not much else. And last on the list was Whitehawk - The Enclosed Ground. By the time I got there, it was almost pitch black, so a blurry picture of the front sign was all I got. 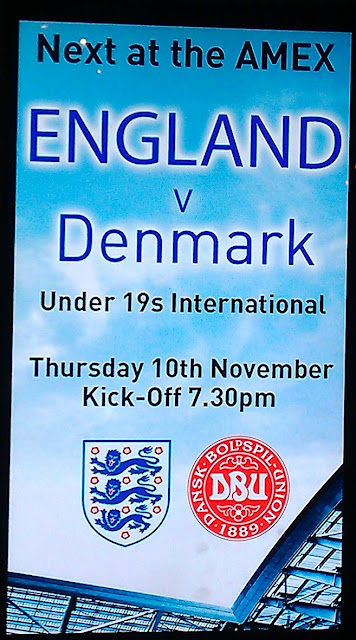 But there was an upside to the 12-mile round trip to Whitehawk. On the way I had to travel past Brighton's Falmer Stadium, and about half a mile up the road I spotted a lay-by with spaces for around 8 cars. Now every site swears blind that there is no parking at the ground and to use the park and ride, but this place is a little gem. Only 5-10 minutes walk to the ground, and it's free. I think the road said to Rottingdean. In any case if you want to use it, come off at the stadium junction on the dual carriageway. Then you will go past with the stadium on your right. Just keep going up, you will see a farm shop on your left, then the parking is just up on the right. I was happy that upon my return, there were still spaces, so feeling pretty chuffed, I parked up and made my way down to the stadium. 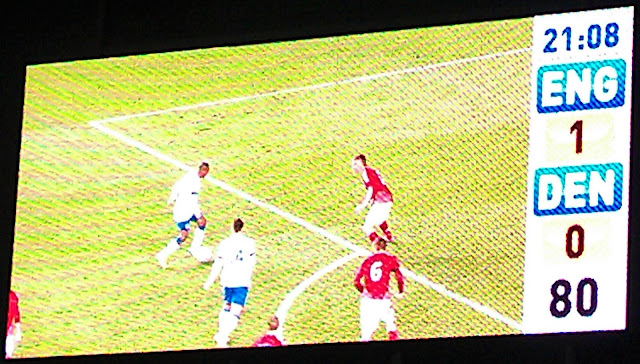 Another little gem is the Village itself, to get to this from where you have parked, head down towards the stadium, this time it will be on the left. Walk past it and follow signs for Falmer Village. You will need to print a map out to be sure as it is down unlit streets, but the Swan Inn is a cracking little pub. Located in Middle Street, they serve Thatcher's Gold Cider at £3.20 a pint, and it's a nice drop. Also, they do a basic food menu. I had double egg and chips for £4.20. Not the biggest portions in the world, but enough to fill a hole. And a lot better value than the food that they serve in the stadium. So after a couple of pints and dinner, I made my way to the ground to meet my mate Dale, who I had also bought a ticket for. I met him in the club shop, and after buying a pennant, I went and double-checked how to get to my car from the ground after the game. Satisfied I knew what I was doing, I went into the ground. 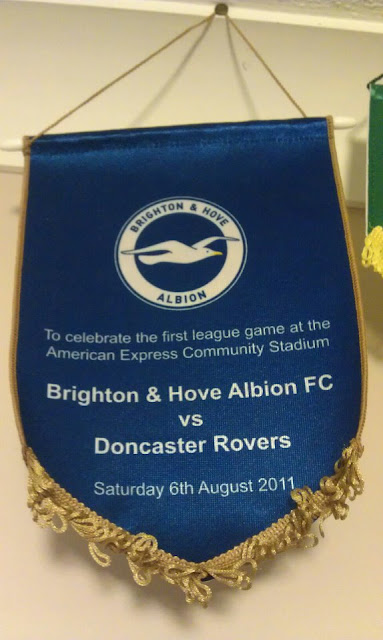 The less said about the game was better, very poor and we was lucky to be treated to a goal as no one seemed to want to shoot. The most notable player was Conor Coady, captain for the night and I recognised him from Football Manager. The man who got the winner was Ryan Hall, he had done well at Oxford on loan from West Ham recently. The journey down had bought a few delays, but nothing serious. The journey back was a different story though. Some goon had decided to close the M23, so I had to take a diversion, which added many miles and 25 minutes into the journey. No accident, they were just farting around working on the road. And then the M25 was down to one lane, coned off with so sign of workmen, this added another 10 minutes to the journey. Not good when you are up at 4am the next day. I got in at a fairly reasonable time of 11.40PM though, after half an hour relaxing, I got myself off to bed for a few hours sleep, having enjoyed my day. 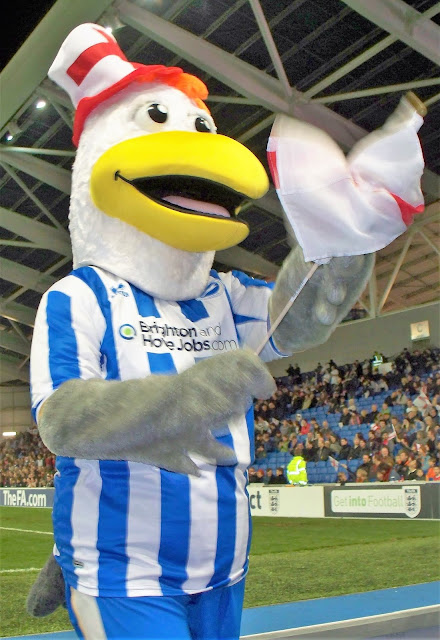 Falmer, or the American Express Community Stadium to give it, it's full sponsored name is a pretty impressive stadium. Though it is in a bowl shape, not all the corners are filled in. And only one stand (the one we were sitting in) had more than one tier. It still looks great under the lights though. The concourses underneath are large and the stewards are friendly and helpful. The food and drink in the ground is par for the course as far as other stadiums go. Luckily you could walk most of the way round for this game, so I managed to get a fair few pictures of the whole ground, and impressive it was. There's not a whole lot nearby, but the Swan pub was decent. 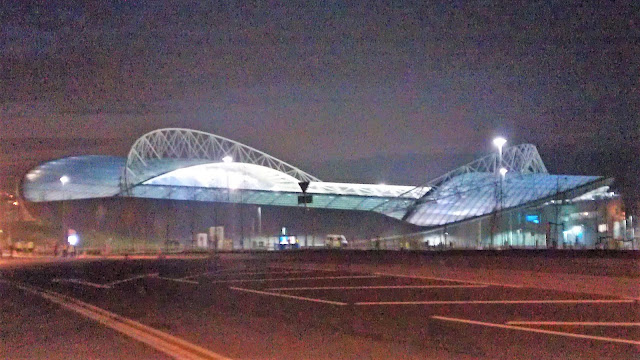 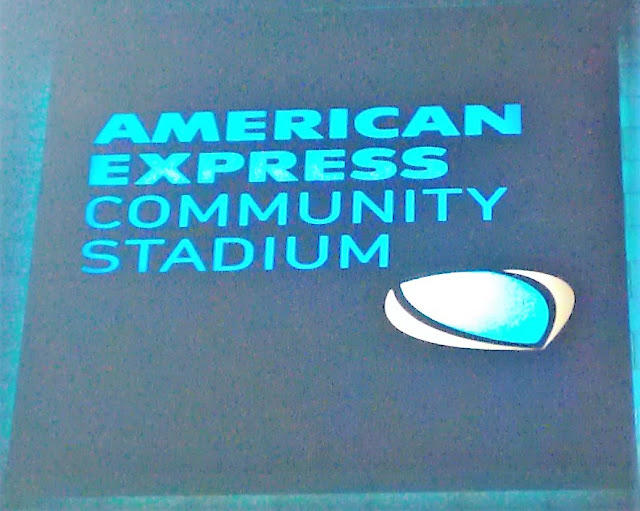 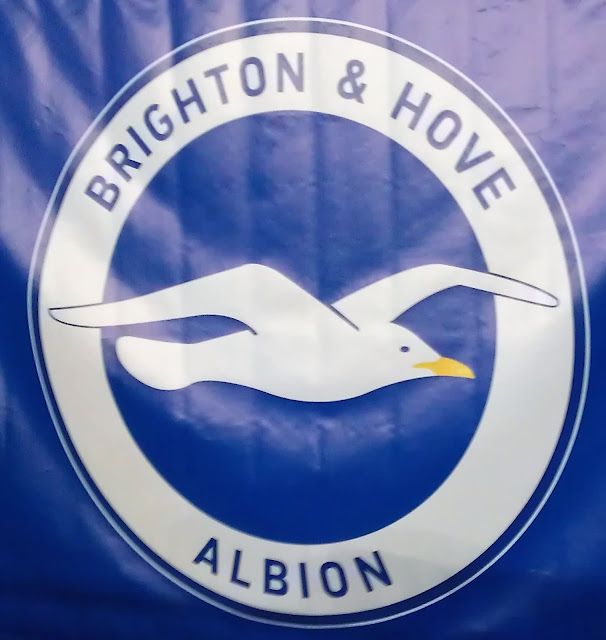 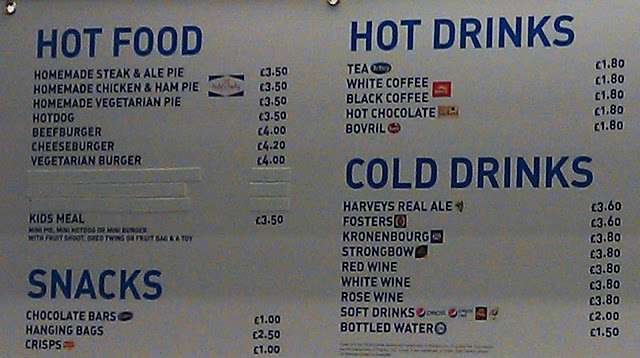 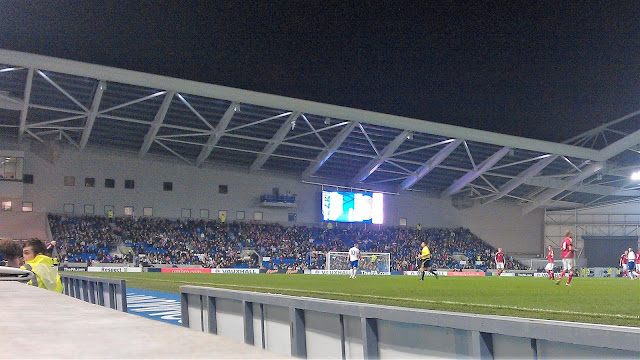 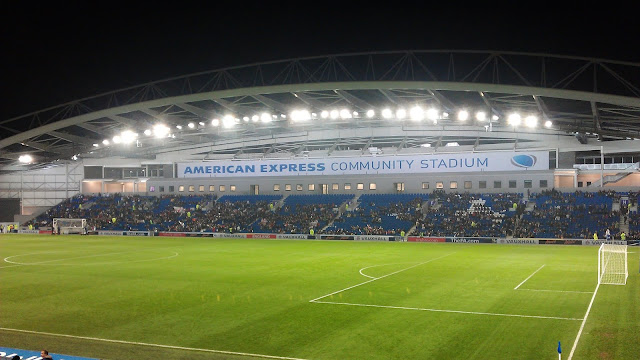 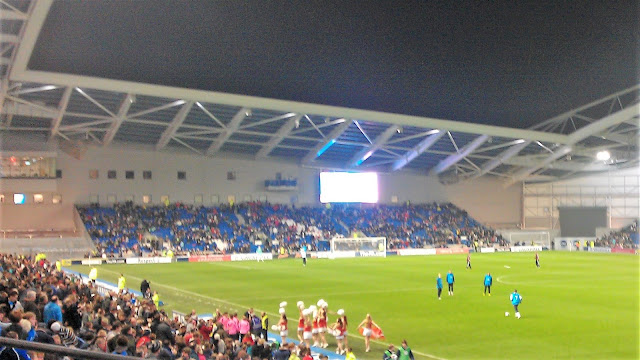 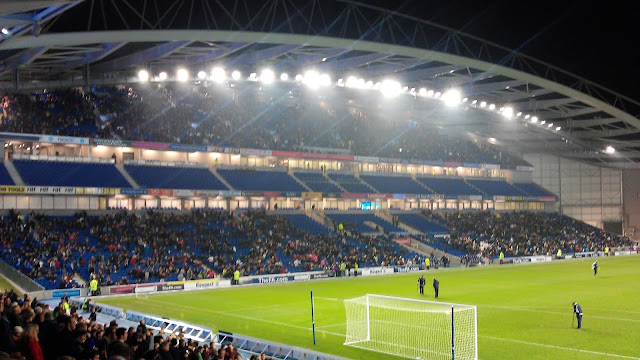