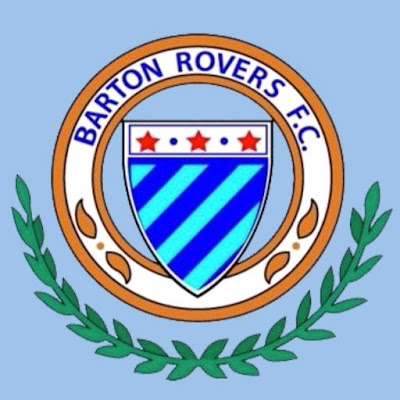 Founded in 1898, they joined the Isthmian League in 1979 after spending years playing in the South Midlands League. They switched to the Southern League in 2004 and that season had their best ever league finish, finishing 8th in the Southern League Eastern Division. They had some good runs in the FA Vase in the 1970's, reaching the final at Wembley in 1978 before losing to Newcastle Blue Star. A few years later they got all the way to the FA Cup 1st Round before losing 2-0 to Football League opponents Torquay United. They also had a good run in the FA Trophy reaching the 3rd Round in 2001 before a heavy 6-1 defeat to Forest Green Rovers. Last season had been the best for many years as they missed out on the playoffs by a single place, after 3 mid-table finishes in the past 3 seasons. 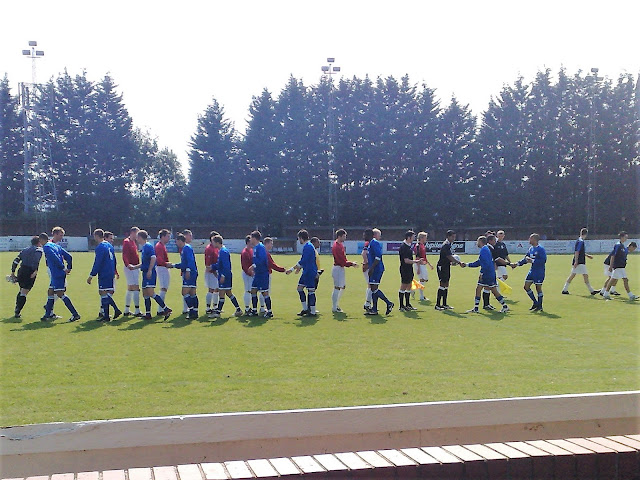 I had been watching every single Wycombe game, home and away for 7 years, right from December 2001 to August 2008. I had experienced plenty of joy, but mainly misery in this time. With Peter Taylor's brand of anti-football coming into force, I decided that enough was enough, and it was time to break my run.

The date of the first game I missed was Saturday 30th August 2008. The game, Chesterfield away. Nowadays that would be a must visit for me as I have a few friends in Chesterfield and we like to meet up at the games. At the time though, it was just another groundhog day, playing the same old teams and going to the same old places every single season.

So instead I decided to do something new. I and my mate were working doing a refit at ASDA in Luton, and a look at the local fixtures revealed that Barton Rovers were playing Burnham Ramblers in the FA Cup, around 8 miles away. As I had never been to there before, I decided this would be the one to do.

We finished work at 12 and got to Barton by 12.30. We went to the chippy for lunch and then settled down in the clubhouse to watch the Sky match. After that, I went for a look round the club shop, which had a big selection of programmes. Then it was time for the game. It wasn't especially memorable, the home side running out 2-1 winners to progress into the next round. Whilst this was all going on, Wycombe were winning 1-0 at Saltergate, to push them up the table, from reports it was the usual defensive fayre that had led to me stopping watching every week, that won the game for us.

I only decided to do my second visit to Barton Rovers on the evening before the game. Originally I had been thinking snout going to a game in Wales on this day, but when Anwar said he couldn't make it and I had a think about the cost and decided against it. I committed to my Dad doing a special Chinese meal and put aside all thoughts of some Friday night football. But then I was regretting pulling out, and so I wondered if there was something more local that I could go to. I remembered the FA Youth Cup had Friday night fixtures on rare occasions, and this time I was in look. Barton Rovers, just over an hour at home were at home to AFC Sudbury in the 3rd Qualifying Round and so I pencilled that in for a revisit. As I had just bought a new phone and lost the use of my old sat nav app, it would also give me a chance to test drive the alternatives.

After doing a 12-hour shift at work on Thursday, I was really pleased to only have to work till 1.15 on the day of the game. I went home and chilled in the afternoon, only nipping out for some petrol after Anwar told me he could come with me. I then had a nice Chinese meal before getting my stuff ready for the night out. I made my way to Aylesbury, getting there at 6.35. Though delays were minimal, the route there was all back streets and it was really busy. I parked in a road near the ground, paying £4 for entry. I then went to the bar to get a team sheet and while I was there I had a pint of Strongbow to relieve the annoyance of the journey.

It was all Sudbury in the first half. They took the lead with a long-range shot that flew in and then just before half-time they added a second with a well-worked goal that bamboozled the home defence. The second half had a bit less about it. Try as they might, Barton could not break down the stubborn Sudbury resistance as they got plenty of men behind the ball.

At first, the journey home was fine, on much better roads than we came in on. That was until we got to Aylesbury, or at least 3 miles away. The road was selfishly closed and with the diversion not properly signposted, we had a massive detour all the way out to Winslow to contend with. It added 10 miles and 20 minutes on the trip, and to be honest I am fed up of writing about the crappiness of this countries roads on every single blog. I got some chips on the way back and dropped Anwar off at 10.50. I spent 10 minutes eating my chips, before leaving and getting home at 11.25.

SHARPENHOE ROAD is a fairly decent ground for the league they are in. A small main stand and a covered standing area opposite are the main parts of the ground, the rest is open terracing. There is a decent bar and club shop at the ground, and a few places nearby for food and drink. 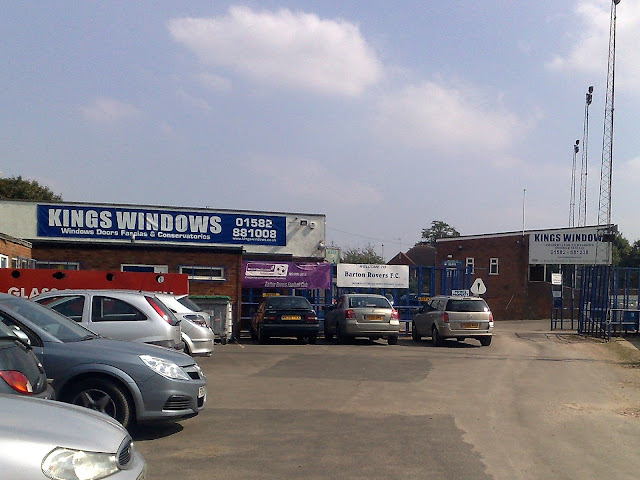 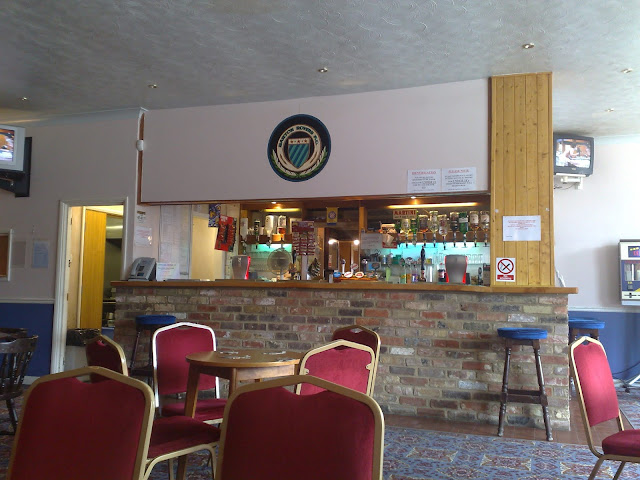 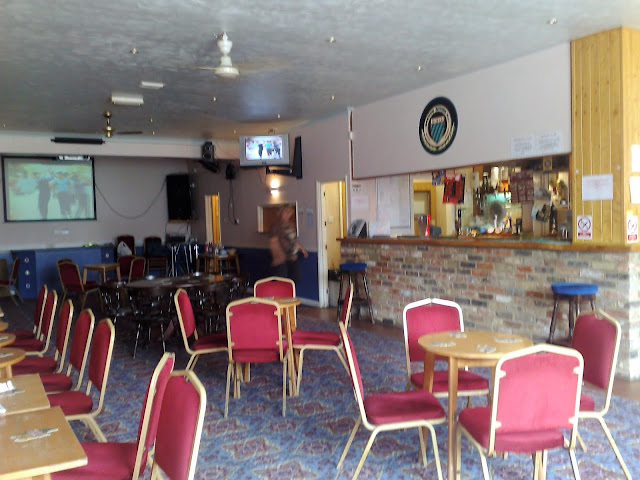 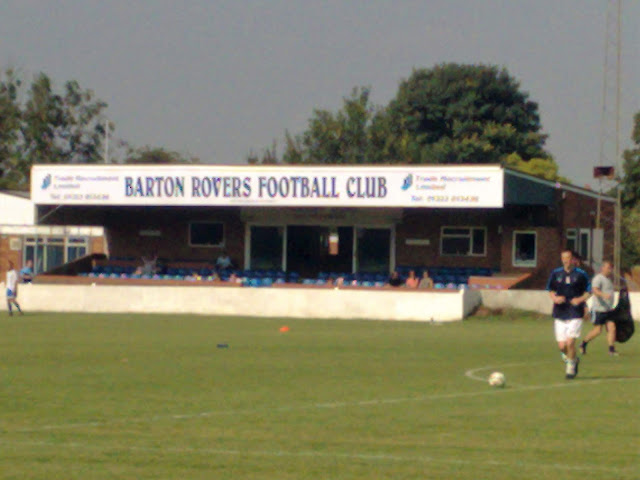 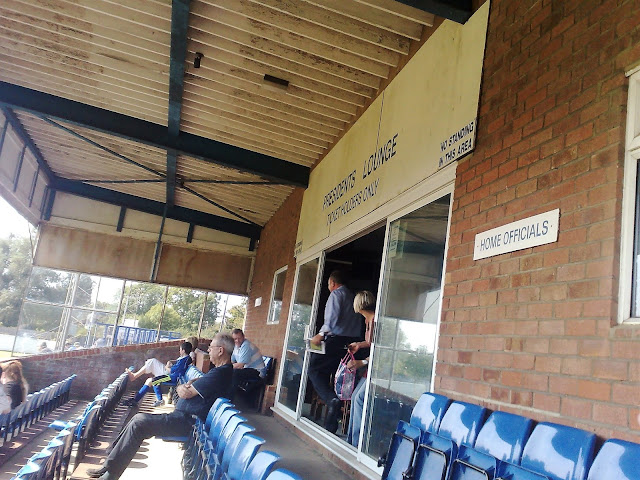 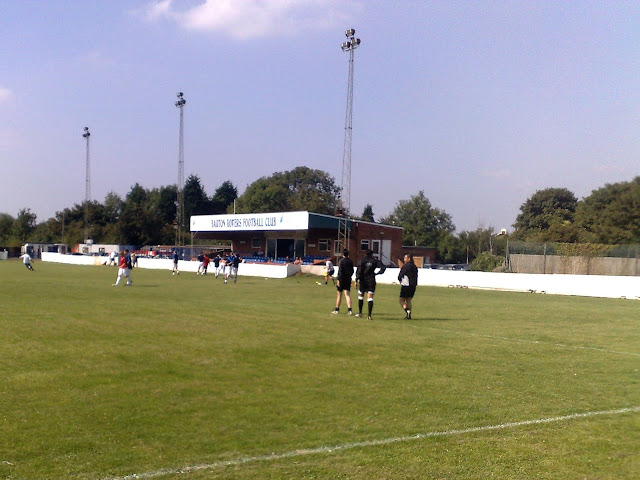 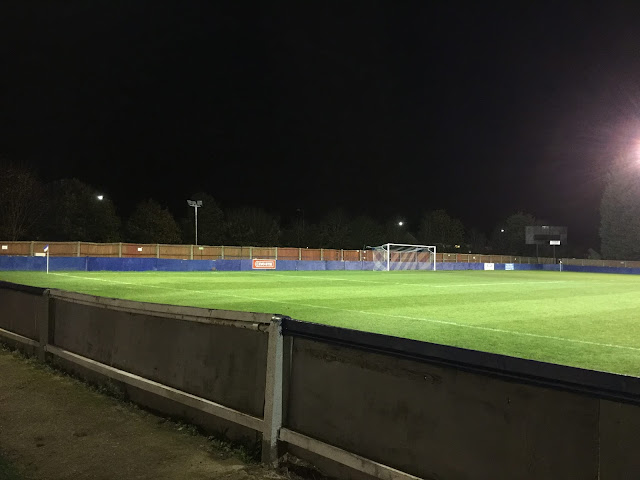 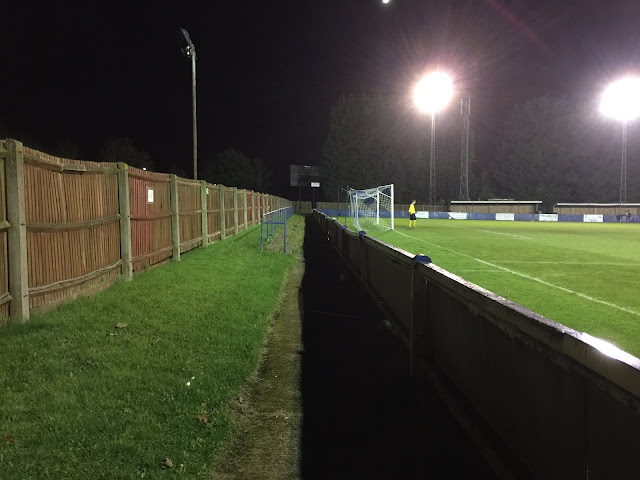 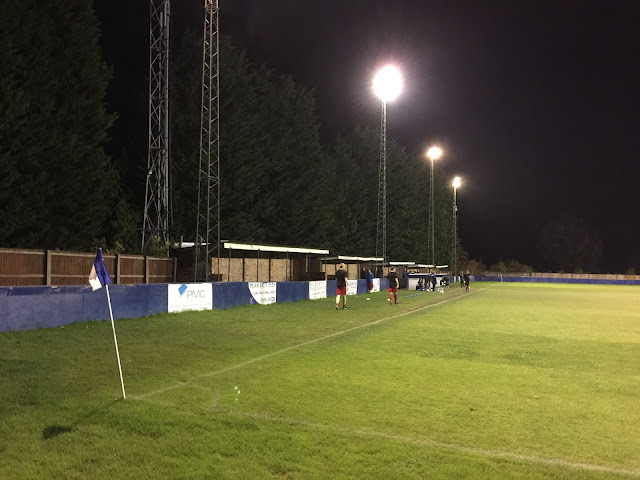 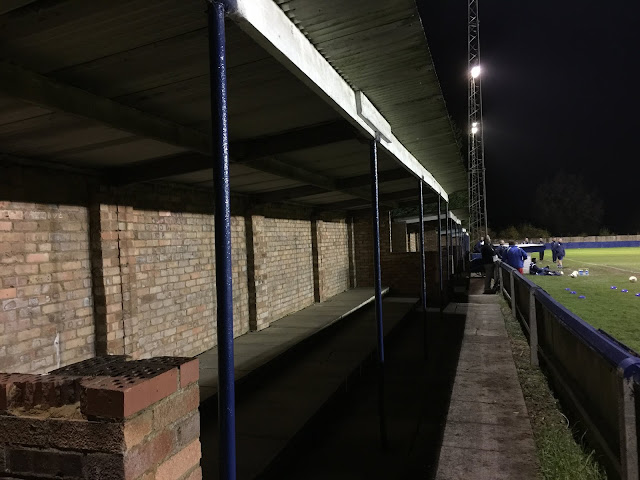 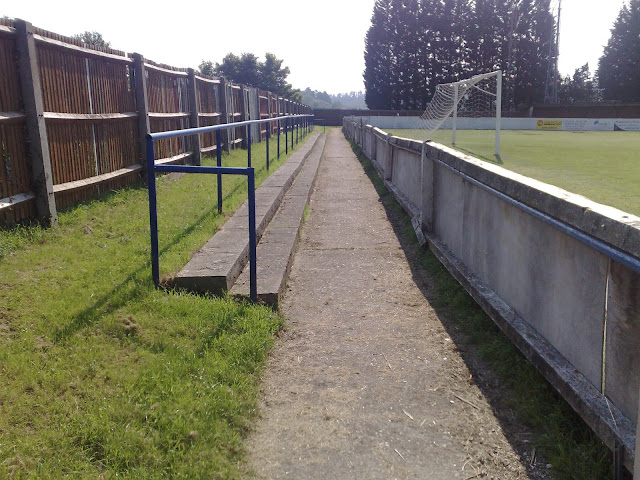 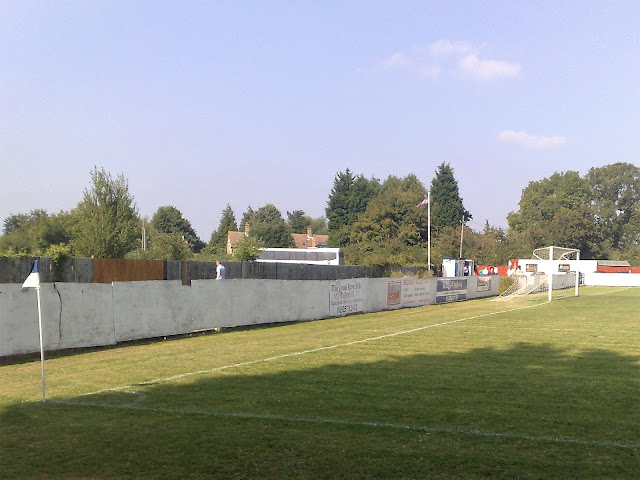