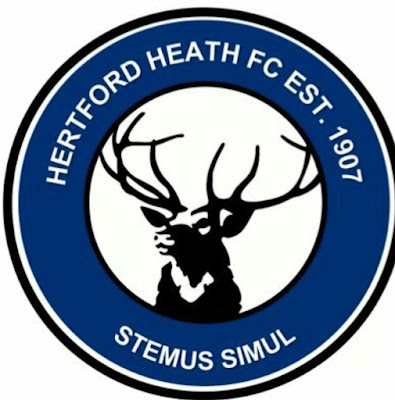 Hertford Heath FC
Trinity Road Playing Fields
Trinity Road
Hertford Heath
Hertfordshire
SG13 7QS
Official Website
Twitter
Facebook
Ground Number: 976
Thursday 22nd July 2021
Hertford Heath 6-2 Buntingford Town
Friendly
HERTFORD HEATH FC - A BRIEF HISTORY
There is not a lot of information about the club online, but they were formed in 1907. For two seasons during their early years - 1908/09 and 1909/12, they played in the Herts County League Eastern Division, finishing second-bottom on both occasions. They've spent most of their history in more local leagues, for example, the Hertford & District where they have been champions 17 times, including for three seasons on the spin between 2003 & 2005. In 2004, they joined the Herts Senior County League Division 1, finishing 3rd in their debut season. They narrowly missed out on promotion but a year later, a runners-up spot behind Standon & Puckeridge was good enough for promotion to the Premier Division. The club enjoyed their highest ever placing in 2008 when they finished 4th in what is a step 7 league. However, they were relegated back in 2010. They bounced back straight away with a 3rd place finish behind Hatfield Social and Lemsford but in 2015, the club changed its name to Ware Sports. A 3rd place finish in the Premier Division was a new high in 2018. In the meantime, a new Hertford Heath Club was established in 2019 and they won promotion from Division 2 in their debut season. They were in lower-mid-table when the season was called to a halt at the start of the year.
In terms of local cup competitions, they have won the Herford and District Premier Division Cup fifteen times, the Hertford & District Junior Cup on eleven occasions and the Herts Junior Cup in 1983 & 1991. The village of Hertford Heath has a population of 2,700 and is located near Hertford in Hertfordshire. It gets its name as it is located on a heath above the River Lea Valley. Local facilities include a convenience store, several pubs and eateries and a junior school. There is also a church, a village hall and a couple of nature reserves.
Sources used: FCHD, Wikipedia & Official site photo gallery 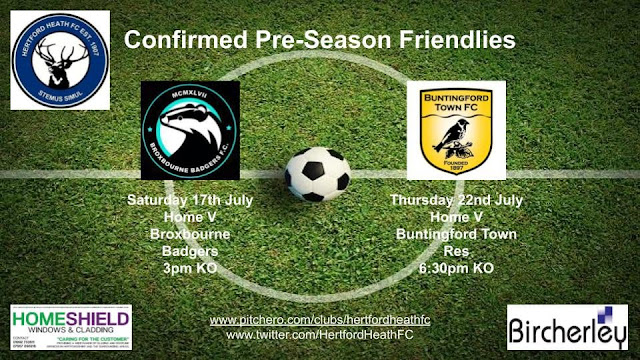 MY VISIT
Hertford Heath had been a ground I'd wanted to do for a while, ever since looking for potential venues during the first lockdown. It was a decent railed pitch, not too far from home, so was always worth a visit. It eluded me during the April post-season tournament as I don't think the club entered a team. The ideal opportunity came this Thursday evening and it was all thanks to Brian Buck's excellent email that I found out about it. The club was helpful on Twitter and the game was confirmed on their Facebook page but even so, I had a backup at Somersham Town in place. It was quite a detour though, so I hoped for the best. The day before the game I had the mammoth task of altering the league listings on my blog, usually, it's not much of an issue but with so many changes this time out, I was glad to get down to step 5 done so far. I then researched the history of Hertford Heath FC which was made all the easier by some excellent photo uploads on their site. 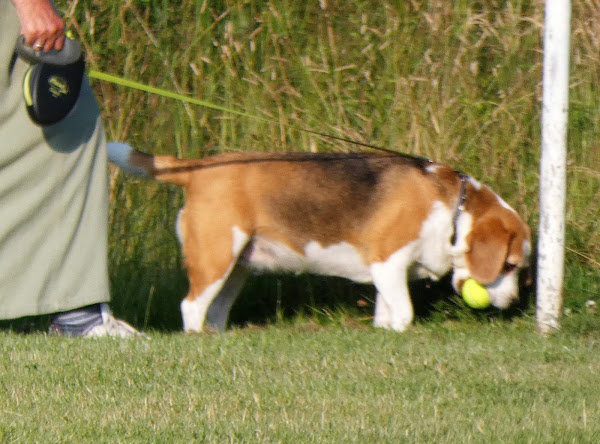 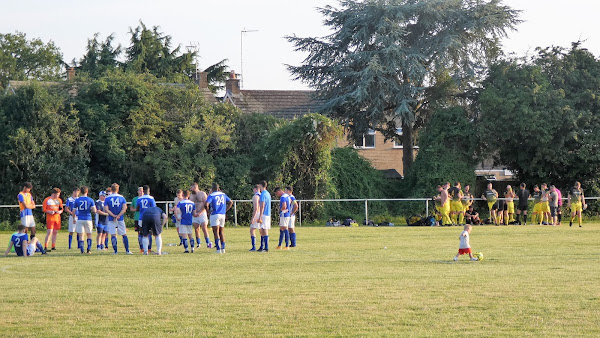 The day of the game came and I was back at work. The carefree government had decreed that masks were no longer a legal requirement and people could do as they wished. It was a bit inconsiderate to shop workers who have no way of protecting themselves, as well as other people who are vulnerable. Thankfully, the vast majority of people showed respect, but the worst offenders were young mothers. They'd been letting their screaming brats run riot maskless around the shop even in times when the regulations were more strict, so it was no shock that these people showed little consideration for others. Other than that, it was nice to work in an air-conditioned store when it was boiling outside. I finished at 3 and had around an hour at home before I had to leave for the game. I was glad to have fellow hopper Colin with me and picked him up in Amersham at 4.50. There was a fair bit of traffic on our route but we were there by 6. There wasn't a lot of parking as the players had taken all the spaces on the road and there was no car park. Eventually, we found a spot and from there it was a few minutes walk to the ground. 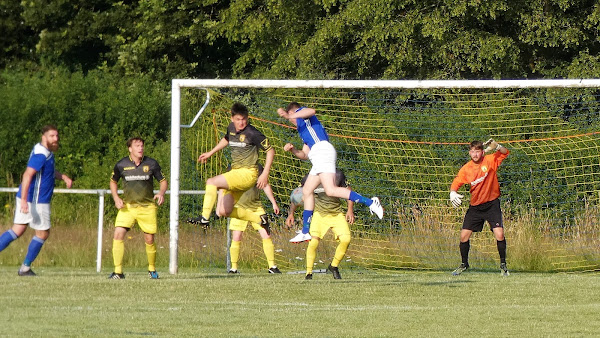 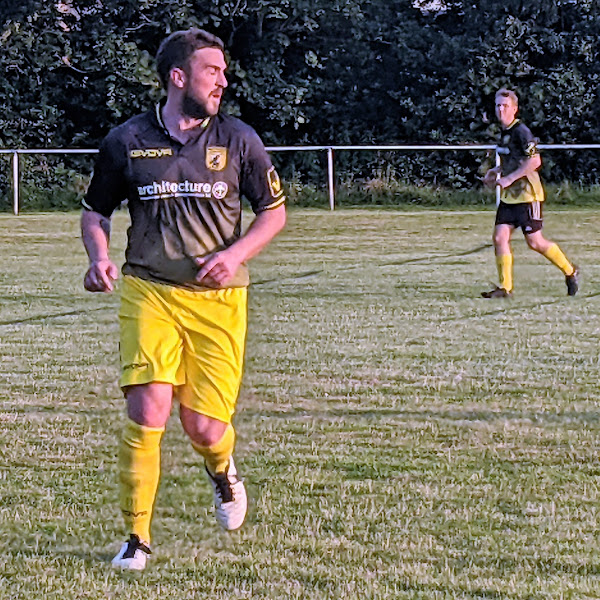 The hosts dominated the opening third of the game and they took the lead on 13 minutes. I missed the goal though as Colin was having a moan. Why were the Wycombe supporters club scaling back the coaches?. Why did we come here when he wanted to go to Tring?. Why did I charge him petrol money? Why wouldn't I take him somewhere Saturday?. He's a good mate, but he does test my patience sometimes. Five minutes later, it was 2-0 when #7 got away from the defence and slotted past the keeper. He completed his hat trick on 24 minutes, sliding in a well-worked free-kick move. He got his and his team's fourth on 26 minutes, in a fairly similar fashion to the second. It was time for #10 to get in on the act on 29 minutes, a long-range shot that went in off of the right-hand post. That was that for this period, with the game being divided into three thirds. Hertford Heath dominated the opening period but the second third was a lot less eventful, following a few changes. In the third period. Buntingford pulled a couple back, firstly reducing the arrears to 5-1 with a long-range shot that hit the right-hand post on the way in. It was an even longer range lob that made it 5-2, a shot from near halfway that caught the keeper out. I must have missed a goal at some point too, as the club Instagram confirmed the final score as 6-2. We left at 8.20, stopping at Aldi on the way for a drink. I dropped Colin off and got in myself at 9.30. Next up tomorrow is a revisit to Northwood v Chesham United and Saturday is to be confirmed.

THE GROUND
TRINITY ROAD PLAYING FIELDS is a decent venue for the level, but quite basic. There is a nice club building with a sign and a railed pitch, but that is about it. Coloured goal nets are a nice touch. There are no food or drink facilities at the ground, so it might be worth stopping on your way if you want anything. 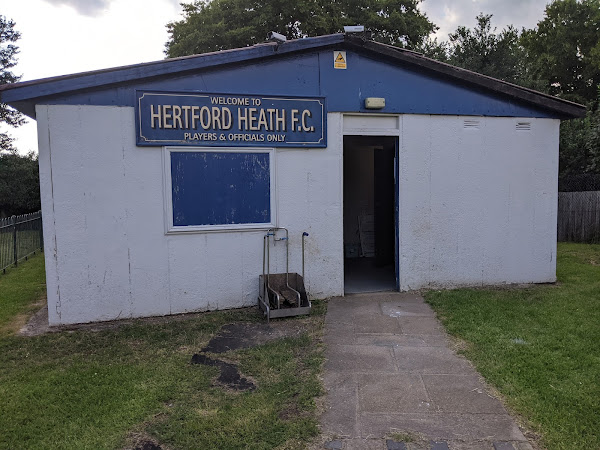 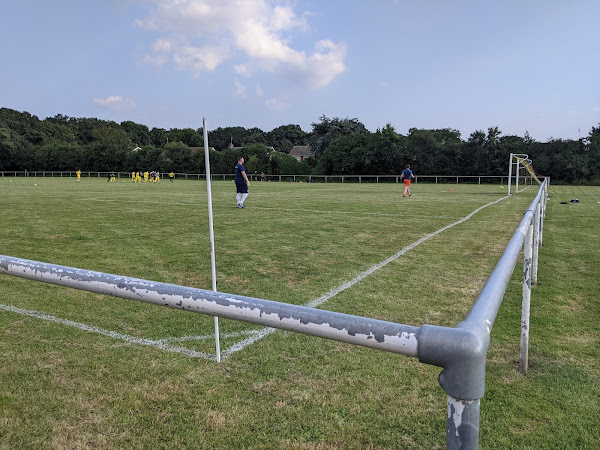 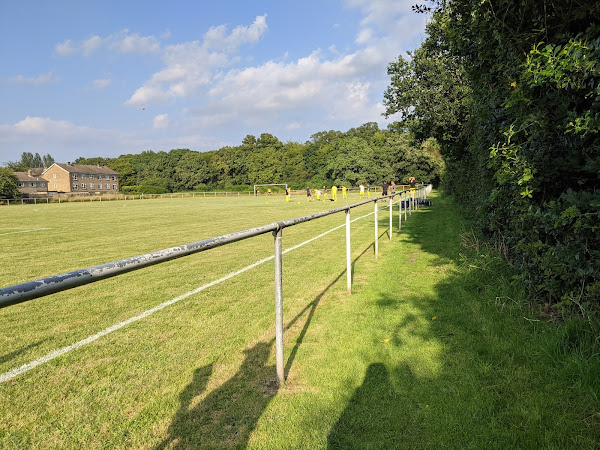 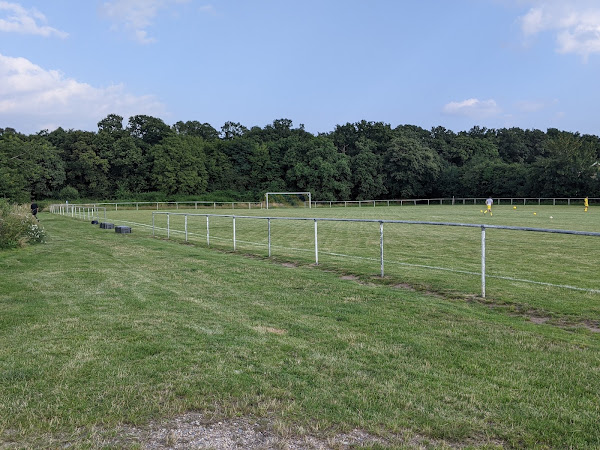 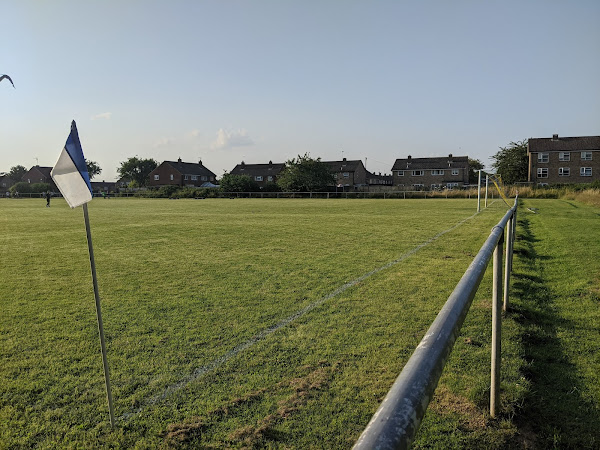 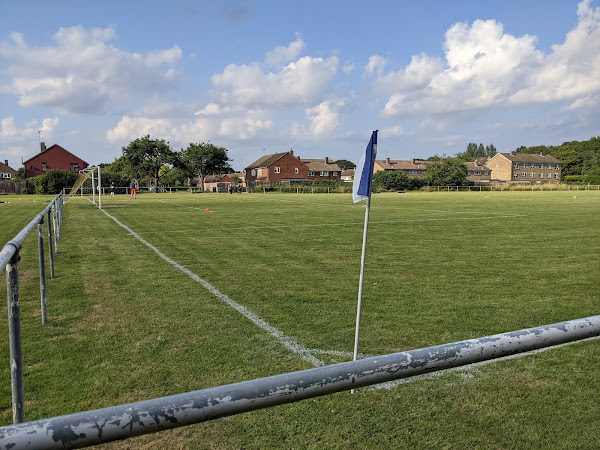 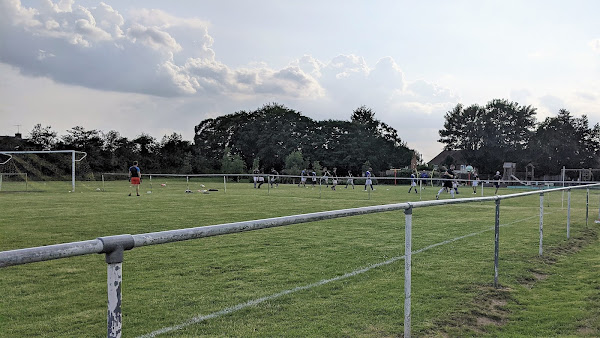