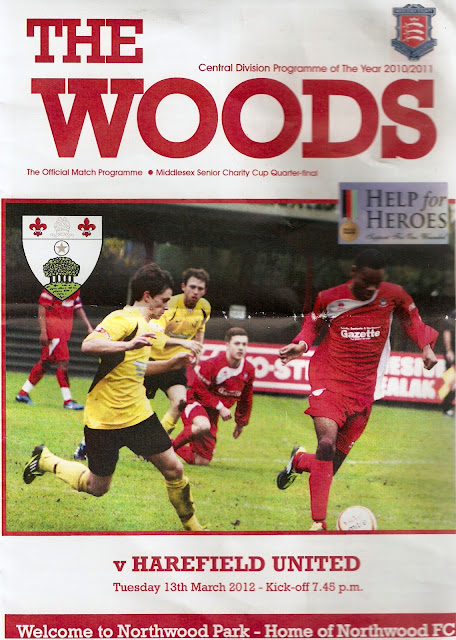 I had been meaning to visit Northwood for some time to see a game. It was one of the grounds that I had yet to see a game at and also it was in a league I was looking to complete - the Southern League Division 1 Central, having already seen games at half the grounds in that league. I had actually attempted to go to this fixture twice previously, but owing to the bad weather in February it kept getting postponed. Finally, it was rescheduled for mid-March and luckily I didn't have a game already planned that day. On the day, I left home just after 6.30, listening to the non-league podcast on the way. About 4 miles into the journey I realised I'd left my cake and drink at home, but couldn't be bothered to go back. I got to the ground at about 7.20 and despite there being hardly anyone in the ground, the car park was almost full, presumably from the players of both teams. I paid £5 on the gate which included a free programme - not bad value. I walked around the ground getting various pictures and had a look at Facebook on my mobile before the game started. 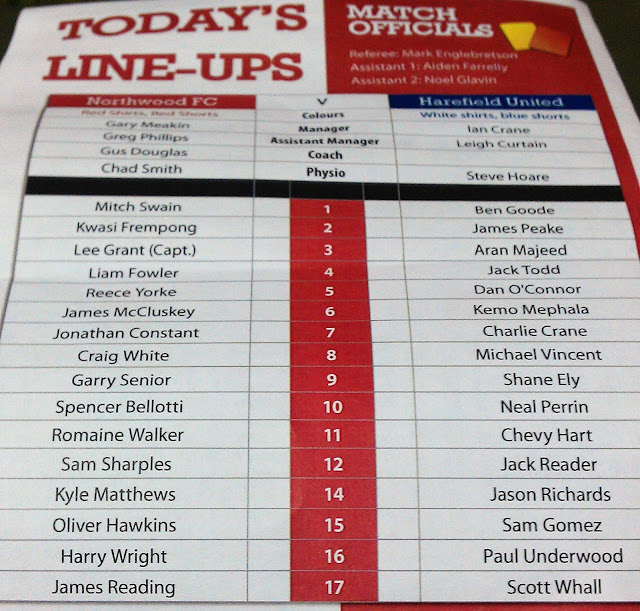 The game itself was not too bad, though there was only one goal. It was settled by a great strike from Jack Hutchinson who blasted a shot into the top corner from about 25 yards out. There were quite a few more chances for Northwood but they failed to capitalise on their dominance. Harefield were struggling in the league below - the Spartan South Midlands division. The gulf in class showed, although to give credit to Harefield, they soaked up the pressure well but rarely threatened themselves. Had they got the equaliser and it had stayed that way for 90 minutes, it would have gone straight into a penalty shoot-out with no extra time. But it wasn't to be, and now Northwood face Bedfont or Uxbridge in the semi-final of the competition. 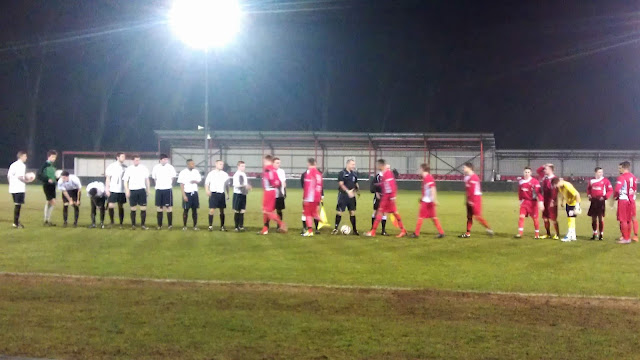 NORTHWOOD PARK is a typical ground for this level, similar in size to another local team, AFC Hayes. It is a bit run down in places with graffiti and broken seats, but overall it is more than good enough for this level, and probably the next one up too. 3 and a half sides are terracing, about half of which is open. The remaining part had about 100 seats, and despite a couple being broken, they have good legroom and a fairly decent view. There is also a bar at the ground, with Sky TV for showing televised football, but no club shop to my knowledge. 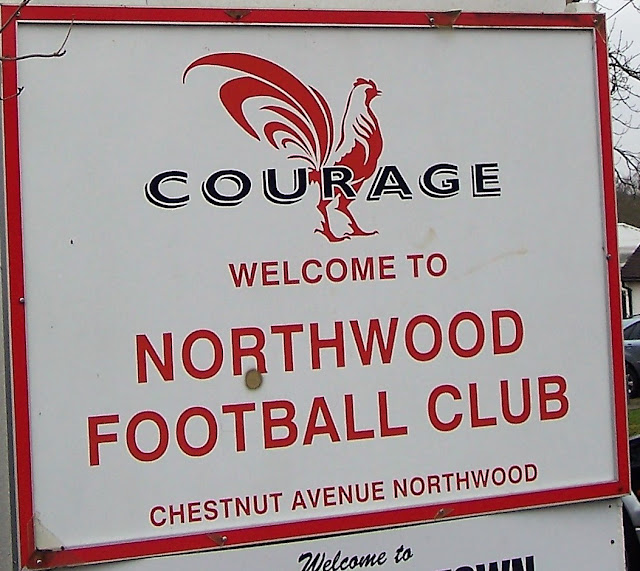 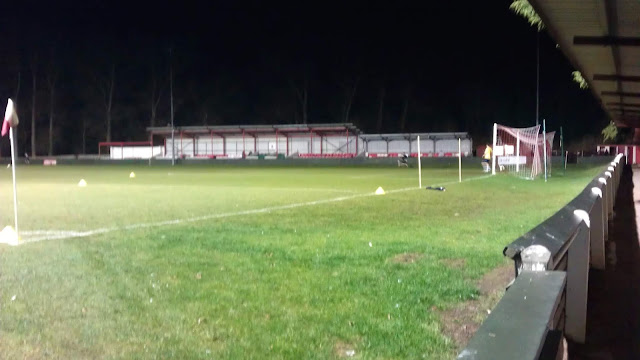 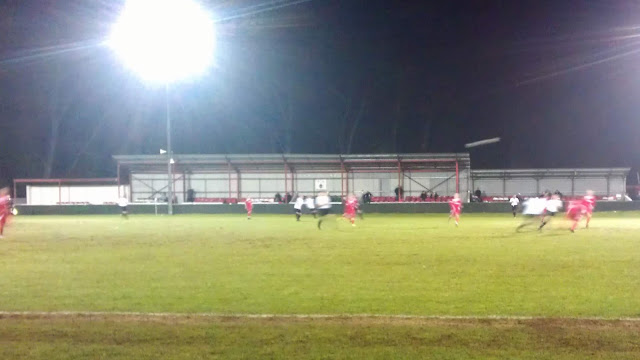 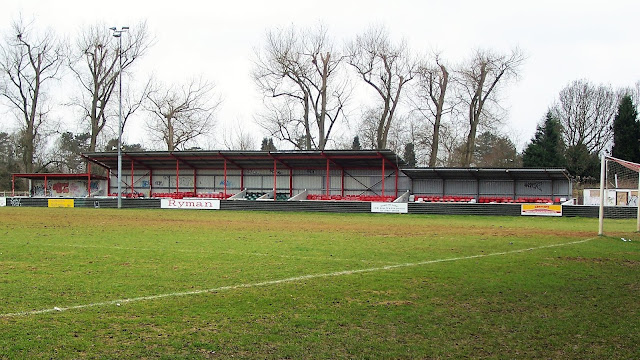 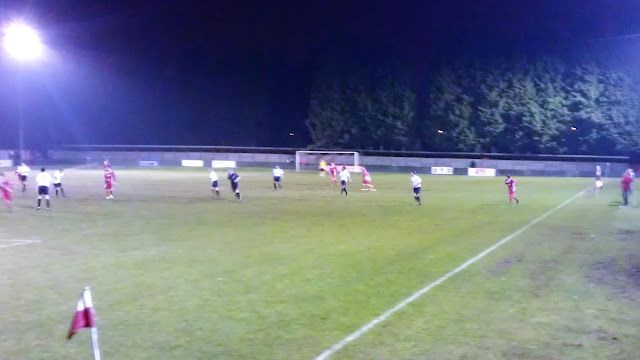 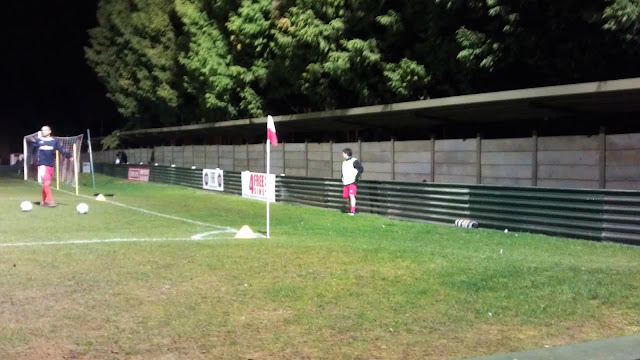 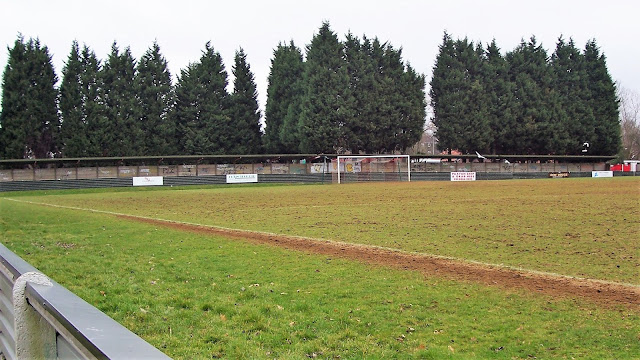 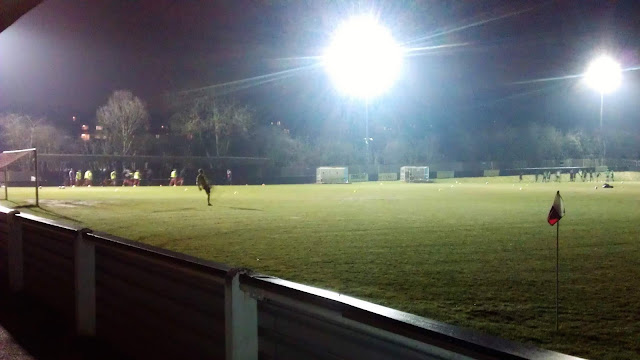 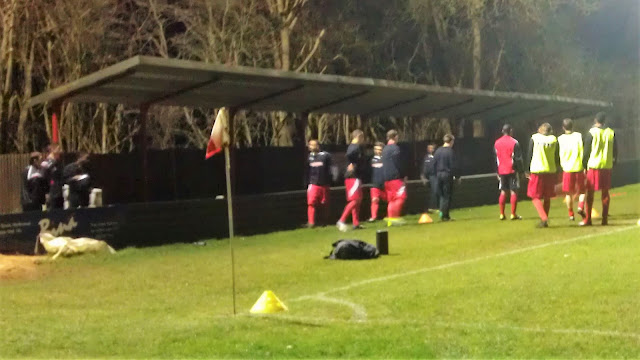 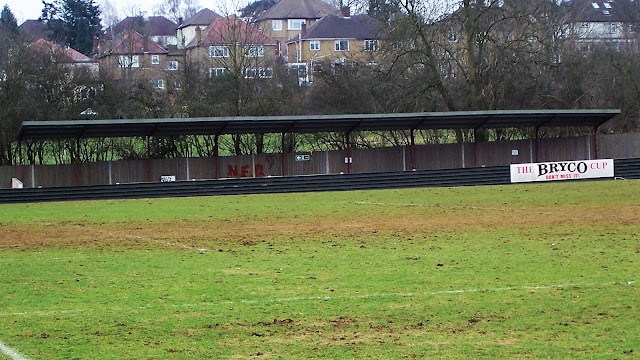 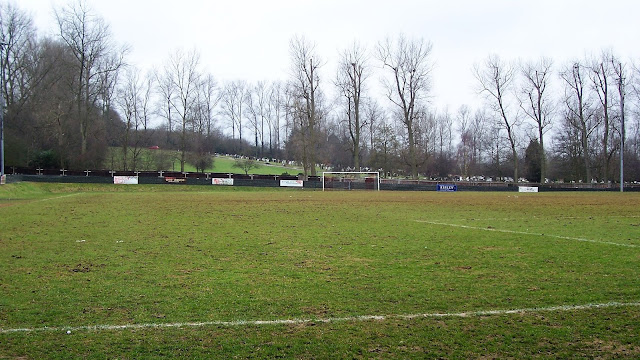 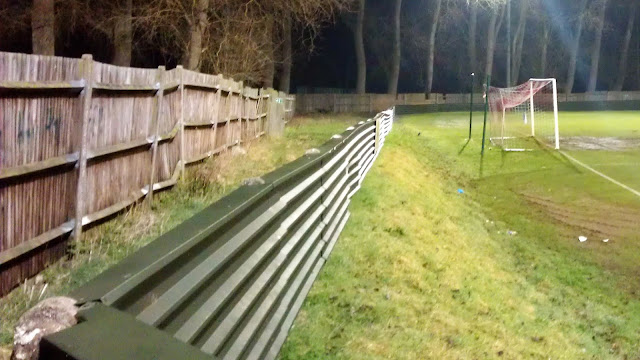