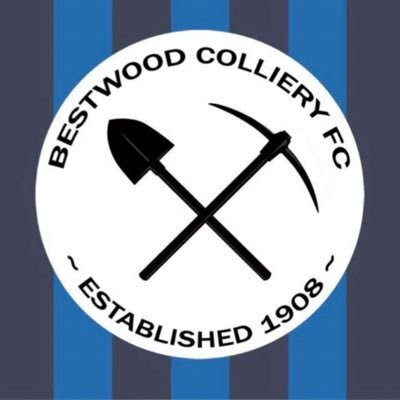 Bestwood Colliery FC
Bestwood Miners Welfare Club
High Main Drive
Bestwood Village
Nottingham
Nottinghamshire
NG6 8TU
Bestwood MW Website
Bestwood Colliery FC Twitter
Ground Number: 978
Wednesday 28th July 2021
Bestwood Colliery 5-3 Holbrook St Michaels
Friendly
BESTWOOD COLLIERY FC - A BRIEF HISTORY
There is very little information on the club online, but they were established in 1908. They appear to have spent a lot of their history in the Notts Alliance, winning the Division 1 title in 1947 and the Senior Division in 1963. They also won the Notts Amateur Alliance in 2018. However, the current incarnation appears to have been reformed in the last couple of years. The club will compete in the Notts Senior League Division 2 for the coming season. This league sits at step 9 on the Non-League Pyramid or level 13 of English football overall. The club competed in the FA Cup in the early '50s, their only win coming in 1953 when they beat Cinderhill Colliery 3-1 before a 7-1 defeat to Cresswell Colliery in the 2nd Qualifying Round. Bestwood was once a colliery village but is now a ward in north Nottingham with a population of just under 17,000. 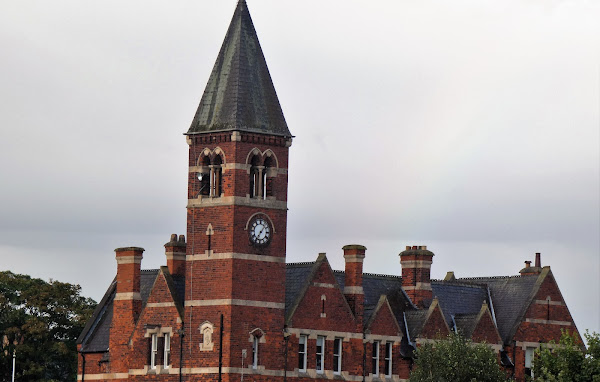 MY VISIT
At first, it didn't appear as if there were many games on this Wednesday but fellow hopper Chris was keen to do a game. Deeper digging on various blogs threw up various options, the best of which looked to be Bestwood Colliery v Holbrook St Michaels. This looked to be a decent venue with a stand behind one goal. The club Twitters were not the best at this level, as the clubs are mainly for players, rather than fans. So we had a number of backups planned, mainly around the Sheffield area. I'd planned the journey the week before but only researched the club history the day before the game. It was easier said than done, with very little online. Talking of the Internet, I had to purchase an extra 2GB of data from EE at a price of £10.50. Pricey, but I'd run out of my allowance and needed it for the journey. 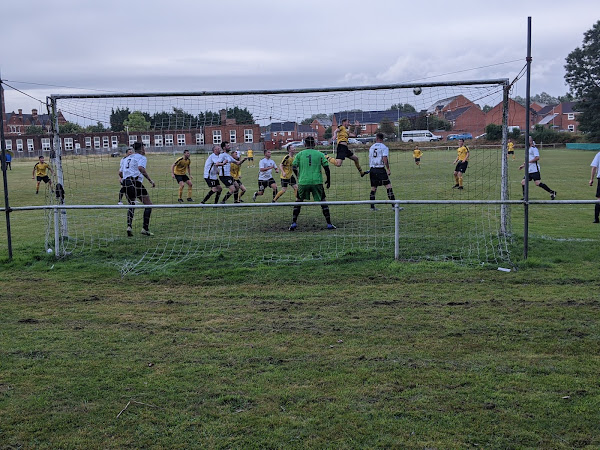 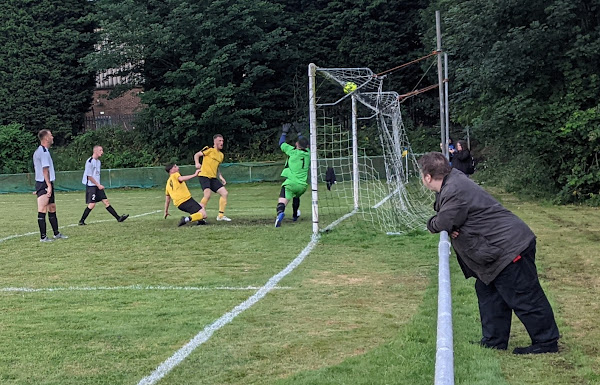 The day of the game came and there hadn't really been any confirmation of the game on Twitter. Chris made contact with the club and also Notts Senior League ambassador Rob  Hornby and both confirmed it was on. I was in a bit of a rush in the morning and forgot my lunch. This meant forking out for McDonald's for lunch, but at least it was partially healthy, with salad in my wrap. I still had backups for tonight in place just in case, but a few fixtures had changed since last week. I was out of work and away by 3.05 but the journey was not the quickest start due to a couple of road closures and me having to take a back route to the motorway. From then on though, it was a decent journey. I was with Chris by 4.15. It was a decent journey up the M1 and the only slow traffic was once we got off. We were at Ai Wok at 6 and at the ground ten minutes later. I'd ordered salt and pepper chips and Thai red curry. Both were very decent and the chips came out as the best that I've had out of 27 establishments reviewed. 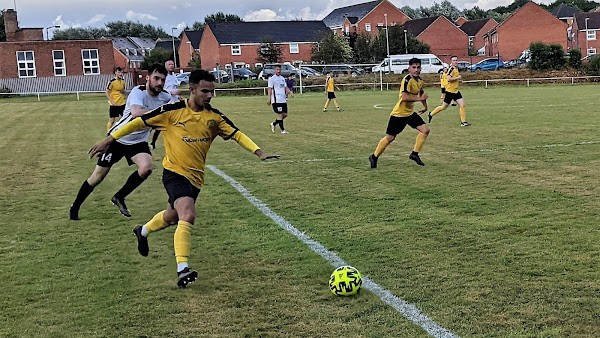 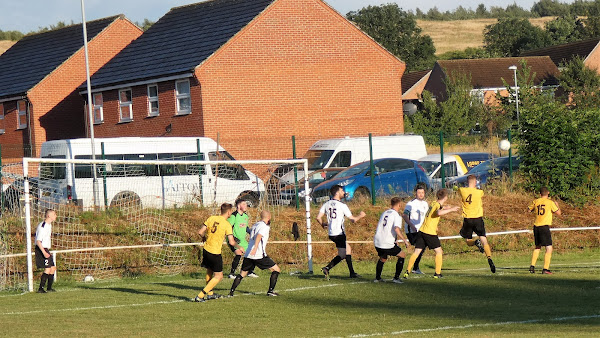 There was rain and a storm in the air so we sat in the stand behind the far goal for the game. Bestwood Colliery were in white shirts and black shorts and played in step 9 Notts Senior League Division 2 North. They'd drawn 2-2 against the brilliantly named Aston Village in their last game. I couldn't find any results for Holbrook St Michaels but they were in yellow and black and played in step 7 Central Midlands South. The visitors were on top early on, as the form book would suggest and the Bestwood keeper made a great save to tip a shot around his right-hand post. Holbrook took the lead on 27 minutes when #7 crossed and #9 finished into the roof of the net. A minute later, it was all square. A shot hit the bar and Macca Tinsley was on hand to put away the rebound. The Bestwood keeper was on fine form and produced a great triple save on 40 minutes to keep the scores level. In fact, he was decent all night, organising his defence well. On 42 minutes, the hosts took the lead, 'Rothy's shot dipping over the visiting keeper into the bottom left-hand corner. The hosts had started to get into the game more by now, so the goal wasn't entirely against the run of play. Bestwood's defence remained resolute and shortly after their #9 had put a shot wide when one on one with the keeper, they took the lead. Around 65 minutes had elapsed when it was 3-1, a shot from the edge of the area by Jake Fisher hitting the post on its way in. On 70 minutes, it was 4-1, a great cross from the right was met by a stooping header by Kasey Fisher. A couple of minutes later, Holbrook pulled a goal back, a cross and a header following poor marking by the home defence to make it 4-2. On 78 minutes, Bestwood regained their three-goal lead, a penalty was awarded for a trip and Charlie Breslin converted the spot-kick. There was time for one more goal, in the last minute Holbrook poked home a loose ball following some lax defending by the hosts to make it 5-3.

It had been a really entertaining game and it was a shame that there had only been around 15 there to witness the game - around 2 people per goal. It had been a nice place to watch a game at and there was a lovely, friendly French bulldog who like a bit of attention. We left around 8.30 and I put the second half of the Wycombe Wanderers v Leicester City friendly on the radio. The commentary by Wycombe Sound was excellent and got me in the mood for the season. Wycombe won 1-0 in the end, thanks to a goal by Daryl Horgan. They also announced the signing of Welsh international forward Sam Vokes before the game. I'd been holding off buying a season ticket until now, fearing that our catastrophic government will reimpose restrictions. However, I'm now likely to take the plunge, that is unless they offer a good deal on a multiple match ticket as I've suggested to the club. I dropped Chris off at 9.55 and switched on Greatest Hits Radio to listen to Andy Crane. This provided decent entertainment until I got home an hour later. I was in bed within 20 minutes and watched Coronation Street and was hoping for a good night's sleep. However, I couldn't drop off for hours and felt groggy the following afternoon. 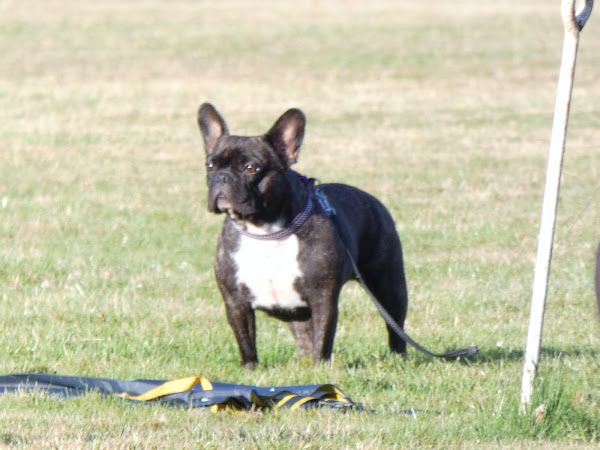 THE GROUND
BESTWOOD MINERS WELFARE CLUB is an excellent venue to watch football at. The dugout side has a bank that you can watch the game from and used to have a small stand that you could watch the game from. However, access is not the easiest as the path is narrow. Behind the far goal is a small stand and the club building. Together, these provide cover and seating for around 100 people. The cricket field side is open and is the only side that doesn't have a rail. Completing the ground is the near goal which is open standing. I didn't really explore the village but I understand that the main club, a short walk away, offers food and drink. There is no car park, but there's plenty of street parking. The village is also on a few bus routes. 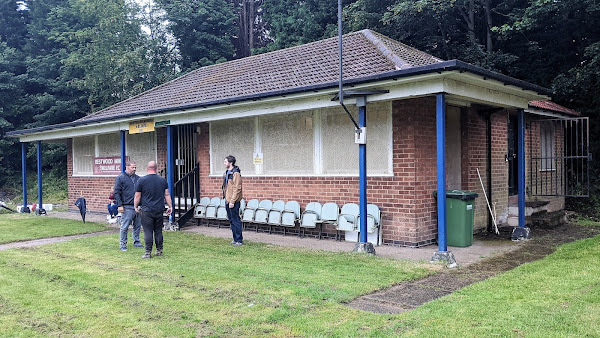 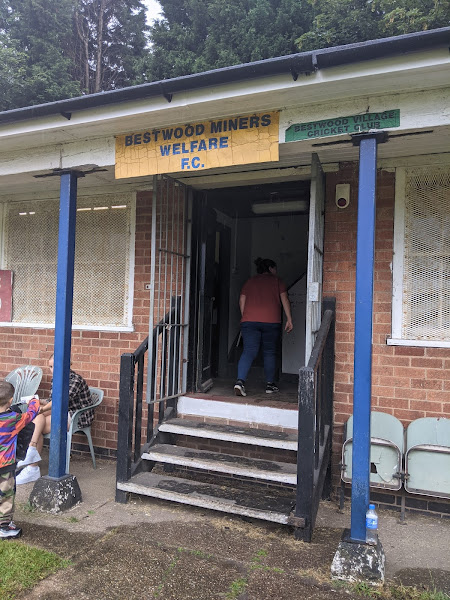 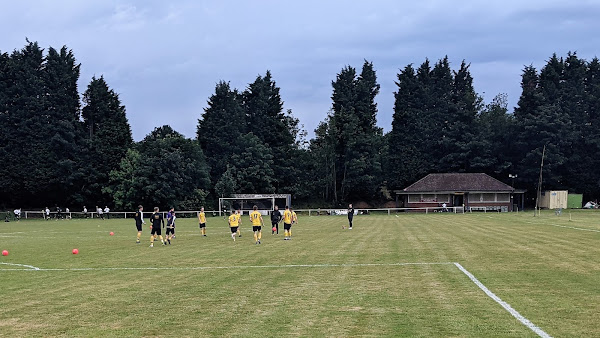 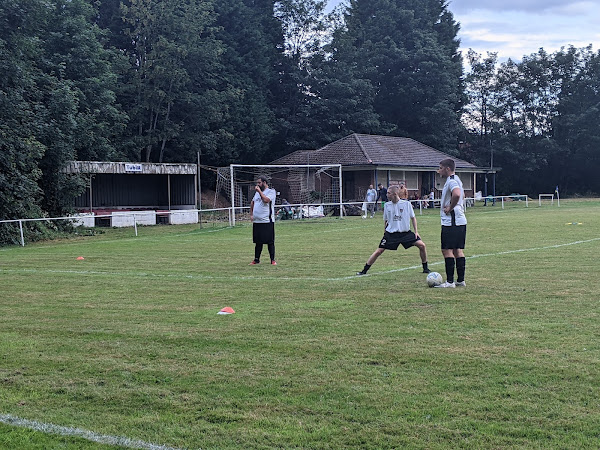 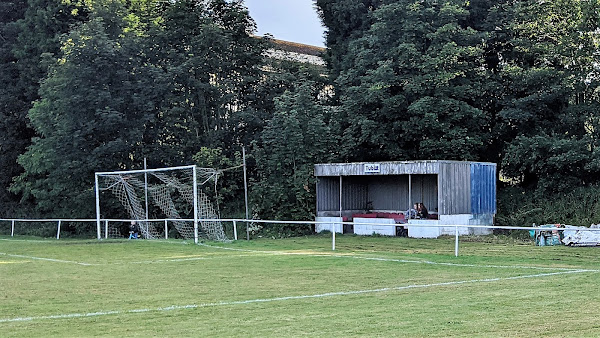 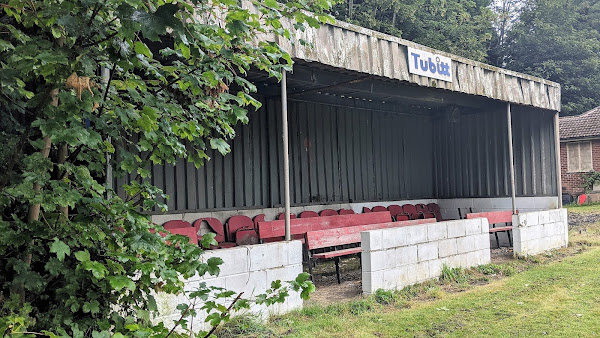 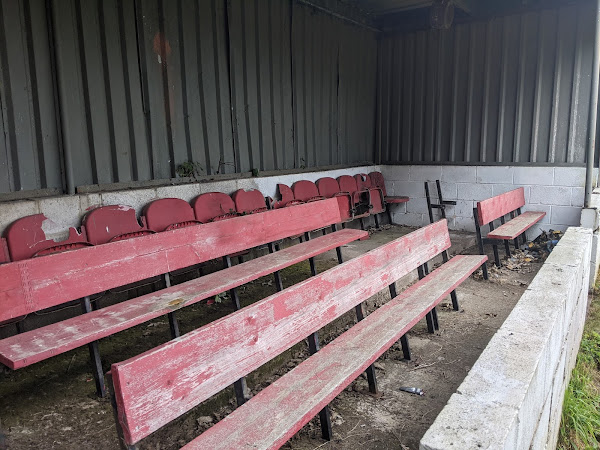 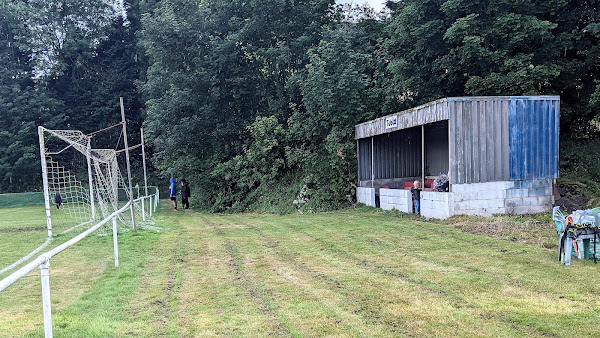 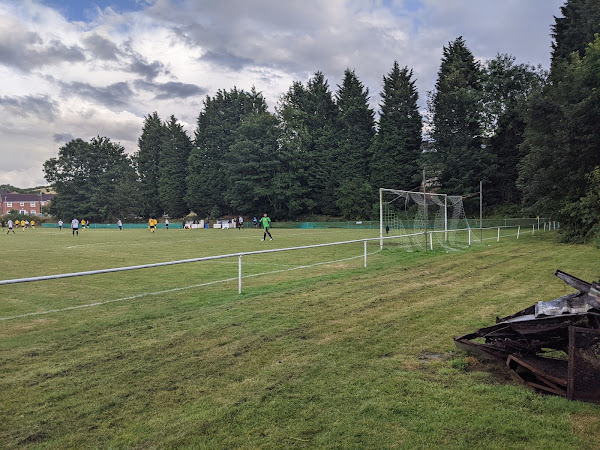 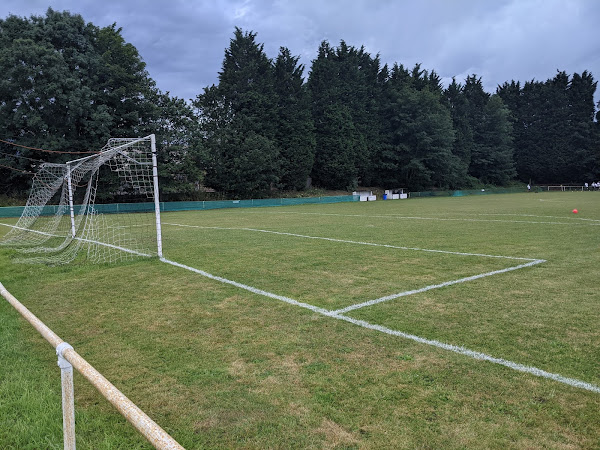 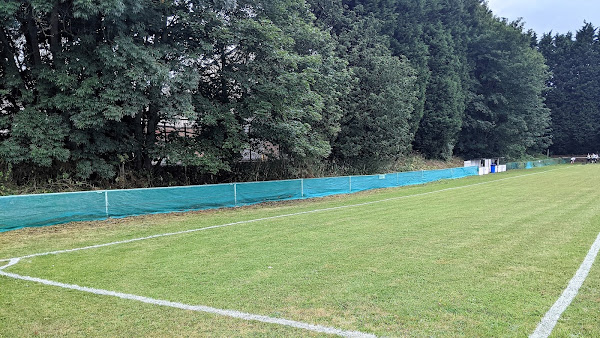 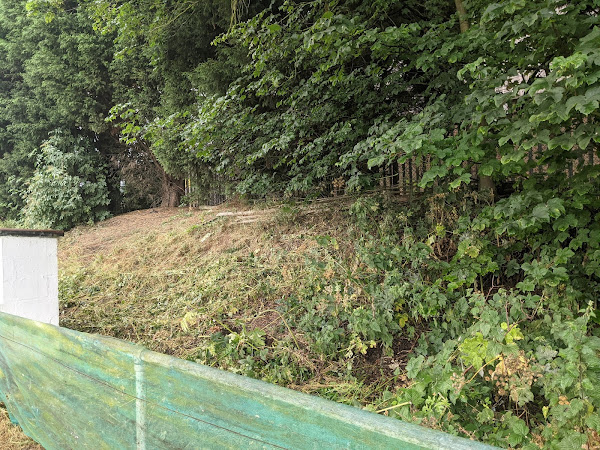 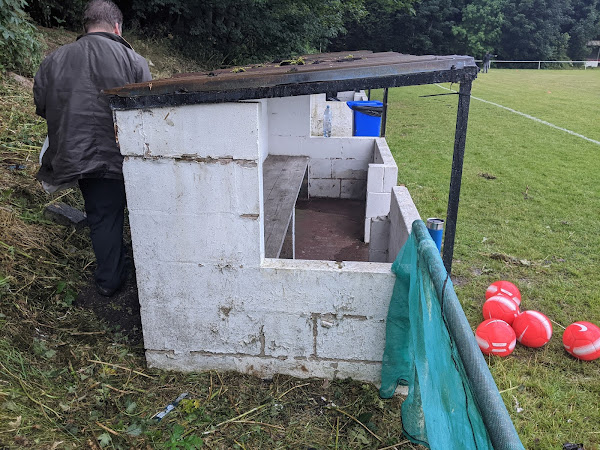 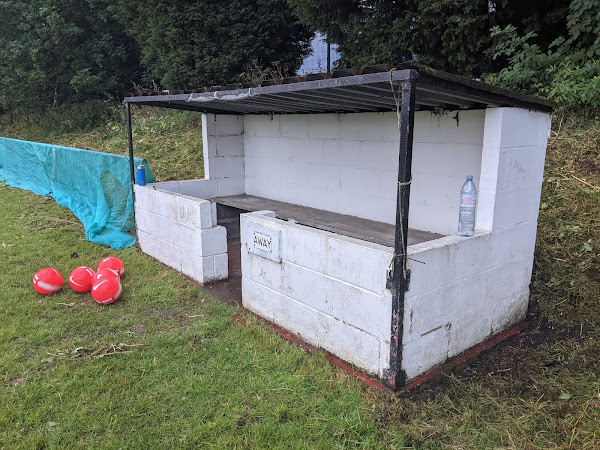 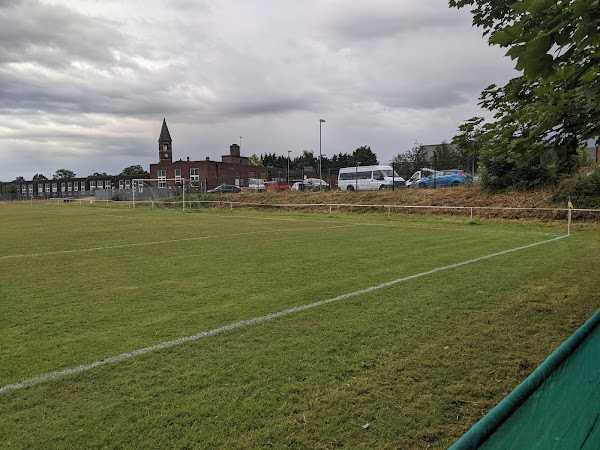 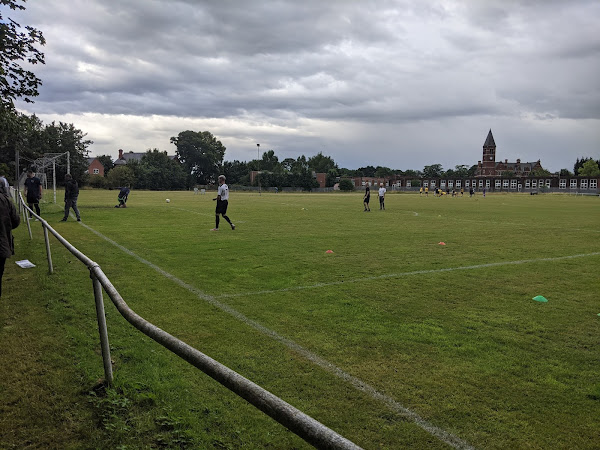 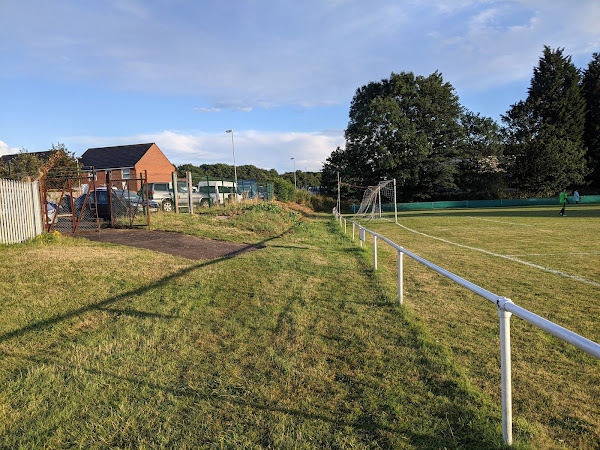