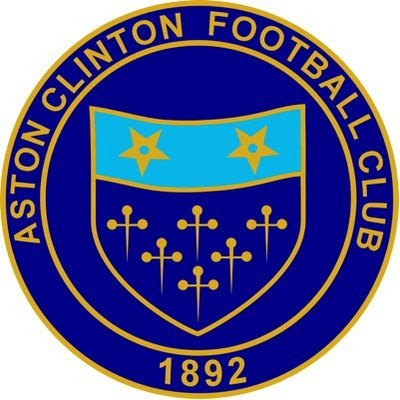 Aston Clinton FC was established in 1970. They played at various venues before they move to their current home at Aston Clinton Park in the early 1970s. During their early years, they played in the Aylesbury & District and Marsworth Leagues, seeing plenty of success in the latter. The club had a few spells in the Hellenic League until the costs got too much. Their best-ever finish came in 1968-69 when they spent a single season in the Hellenic Premier when they finished second-bottom. They were runners-up twice in the Hellenic D1 but after the second one in 2002, they were denied promotion because of their ground. In between these spells, they've played in the Chiltonian and Wycombe & District League and saw a good deal of success in the latter. Since 2005, they've plied their trade in the Spartan South Midlands D2 which sits at step 7 of the non-league pyramid. They were champions in their first season here in 2006 and then again in 2012 as well as runners-up on three further occasions. A team deserving of a higher level of football but due to their basic venue, they were denied promotion on each occasion.

The club has been finalists and winners in numerous local cup competitions including – The Rosebery Cup, Marsworth Cup, Thomas Field Shield, Oving Cup and the Berks & Bucks Junior and Intermediate Cups and was the first club to win the Oving Village Cup on three successive occasions in 1948, 1948 and 1950. The village of Aston Clinton has a population of just under 3,700 and is situated near Aylesbury in Buckinghamshire. The car manufacturer Aston Martin took one part of its name from the nearby Aston Hill combining it with that of its co-founder Lionel Martin. The firm had great success in the Aston Clinton Hillclimb competition up nearby Aston Hill. A plaque now marks the site. 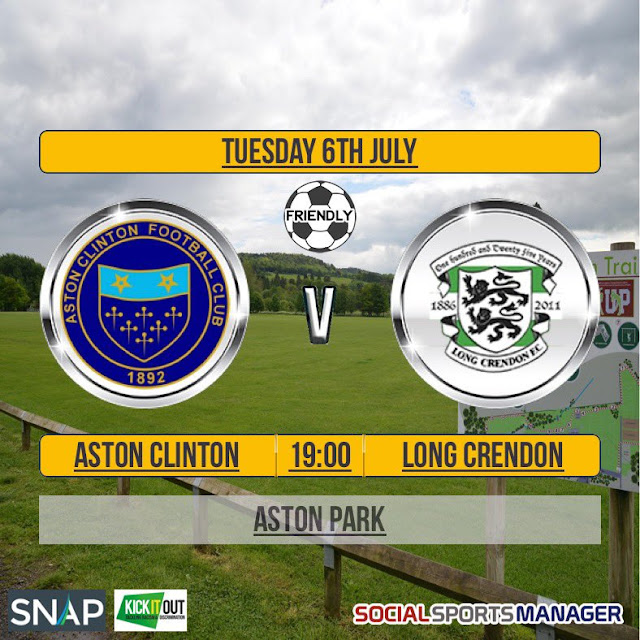 MY VISIT
I don't normally aim for 'just' pitches when hopping, but am happy to make an exception when the circumstances are right. I prefer a rail or an area of cover and preferably a club sign. However, I was keen to complete the Spartan South Midlands Division 2. The top two divisions had provided some great matches over the years and most grounds were of a reasonable standard. It was also a nice and local league with the exception of two new clubs - Eynesbury United and Little Paxton Rangers who were over 50 miles from Aston Clinton. That seemed quite far for a step 7 league to me, but at least the SSML is well run and supportive to its clubs. The day of the game came and I was off work. I walked to town and back, having a decent late lunch of pepper steak, chorizo and chips. I spent the afternoon looking at future plans and also updating the leagues on my blog. I left at 6.20 and it was a great journey with me being there 25 minutes later. I was glad to see plenty of activity with the amount of rain there had been. 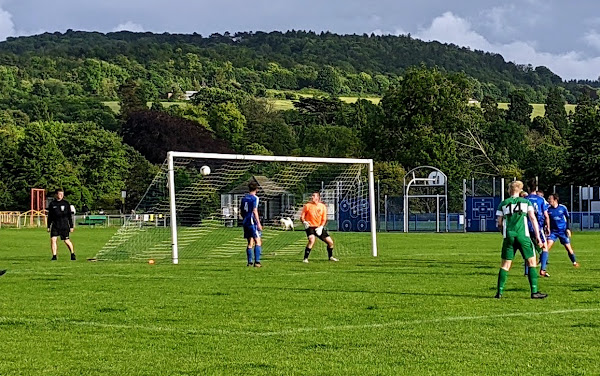 The game kicked off and Lond Crendon were on top, flashing a header wide in the opening minute. They continued to have the better of the game and they took the lead on 8 minutes with a header. The hosts equalised with their first chance a couple of minutes later. The forward controlled the ball well and took the ball down before placing a low shot into the bottom left-hand corner from ten yards. As is the nature of pre-season friendlies, there were a few new faces, so much so that the home manager forgot what his #4 was called!. His side was more in the game by now but wasn't yet creating any real chances. After 22 minutes, the visitors were back in front. Following a great looping cross from the left, #12 sidefooted home from 15 yards. Aston Clinton were good on the break and on 25 minutes #16 headed narrowly over. They did get their equaliser on the half-hour, a near-post header by Mitchell Collins (I think) following a corner from the left. It was only due to the player being congratulated that I could guess who it was, as details of scorers had not been released. Long Crendon shot narrowly wide on 31 minutes but on 40 minutes, it was the hosts who took the lead for the first time. The visiting keeper was beaten to the ball which was poked home to make it 3-2. The visitors made a few changes at halftime, bringing some more established players on. They equalised on 54 minutes, a well-worked moved and a low shot from ten yards. Chances had generally dried up but Aston Clinton got what turned out to be the winner on 73 minutes. #18 poked the ball home from close range although it probably wasn't as true as finish as he'd like with the ball going in off his trailing leg. 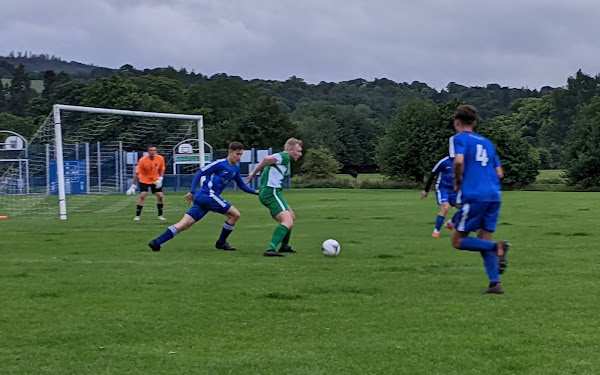 They all count though and it had been a great game. It was competitive, with some robust challenges, but all good-natured. It was just a shame there were only around ten people to see it, including Wycombe fan Thomas who lives two minutes away and came down towards the end of the first half. I left at 8.45, deciding to stop at Farm Foods in Aylesbury on the way. It was a bit of a mixed bag, but I picked up a few bits that I can have for lunch at work, seeing as though the kitchen possesses nothing more than a microwave. I was in at 9.35, having had a decent few hours out. I'd listened to the Italy v Spain game on the radio with the game 1-1 going into extra time. England has their own date with destiny against Denmark in the final tomorrow and will be looking to reach a final of a major tournament for the first time in 55 years. I think we can do it, seeing as we have a home advantage, but I know nothing is ever as simple or easy as that with our national side. 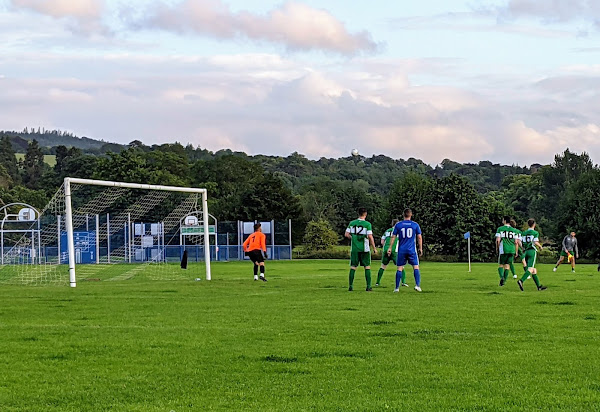 THE GROUND
ASTON PARK is a very basic setup with just a couple of dugouts and a couple of benches as 'furniture'. There's not even a rial around the pitch but it is fairly well-kept, even if the dugouts are missing their roof. The views from the valleys around the ground make for a nice backdrop. There's a cafe at the ground for Saturday games and although I didn't see anything, I'd imagine there are facilities in the nearby village.  The ground is very open, making it better to do in the summer and there is plenty of parking available. 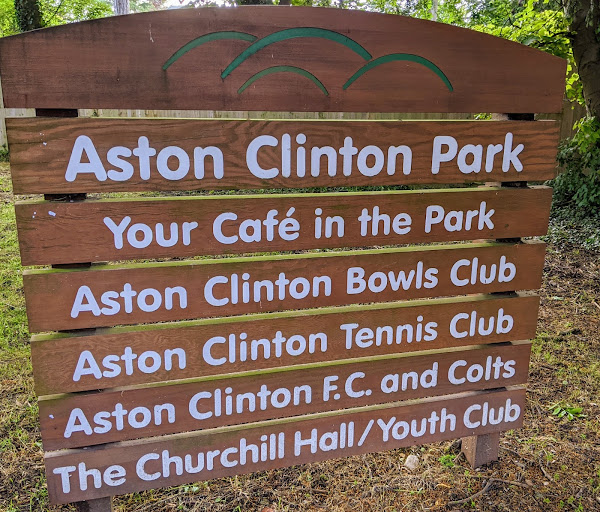 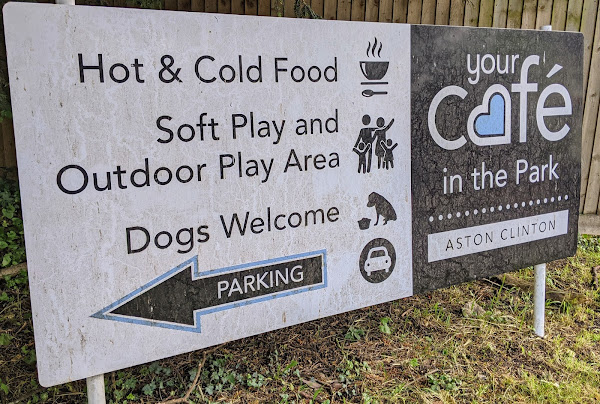 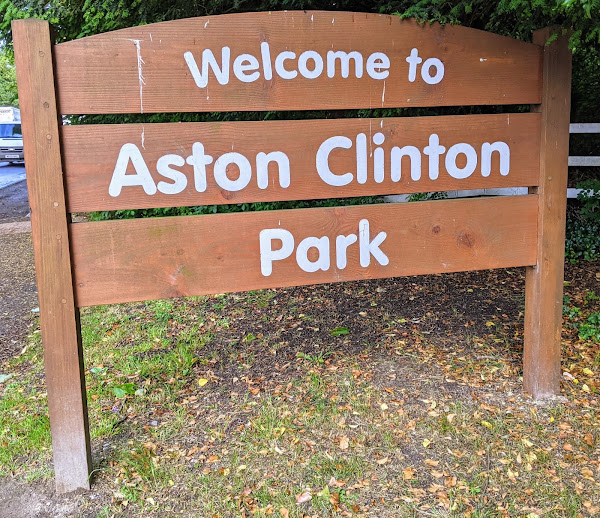 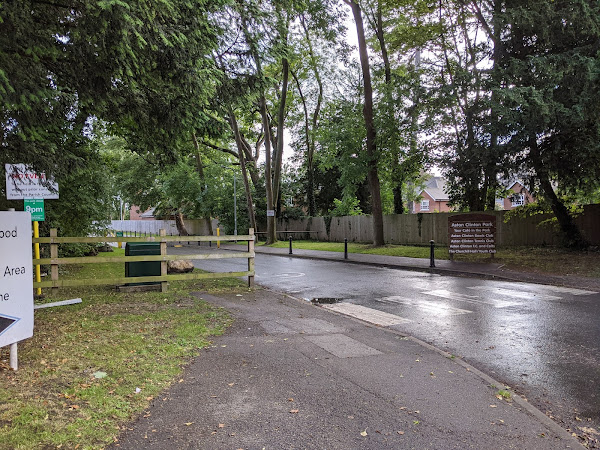 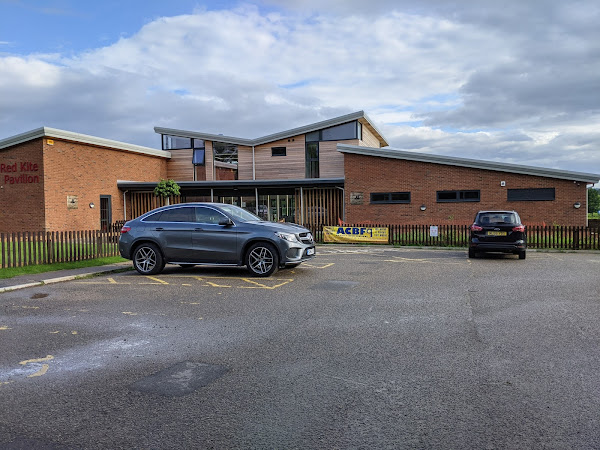 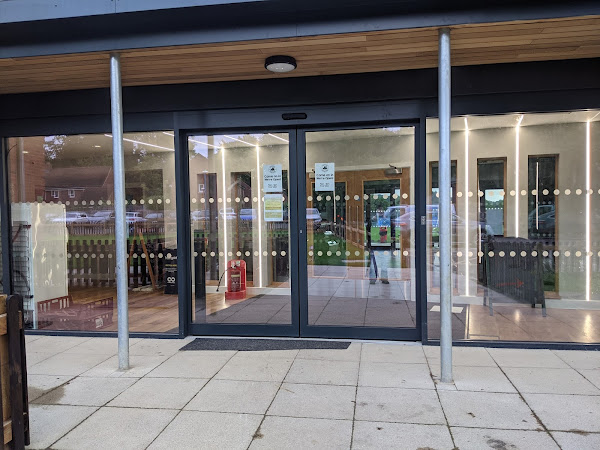 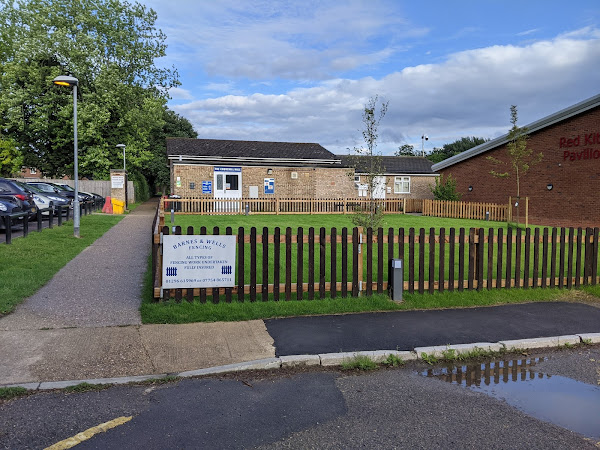 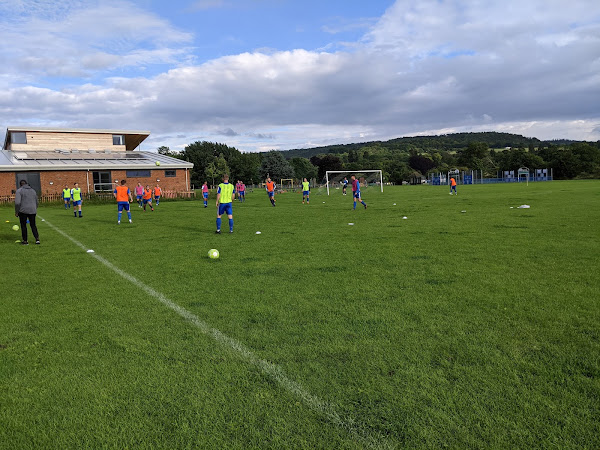 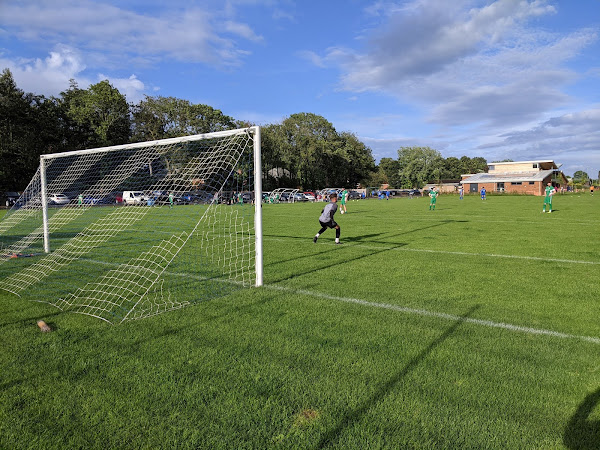 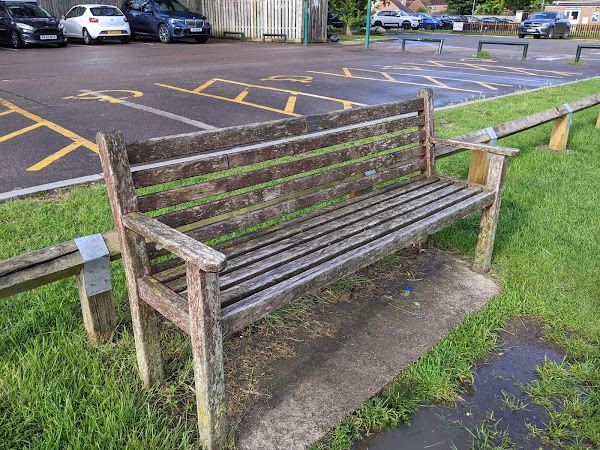 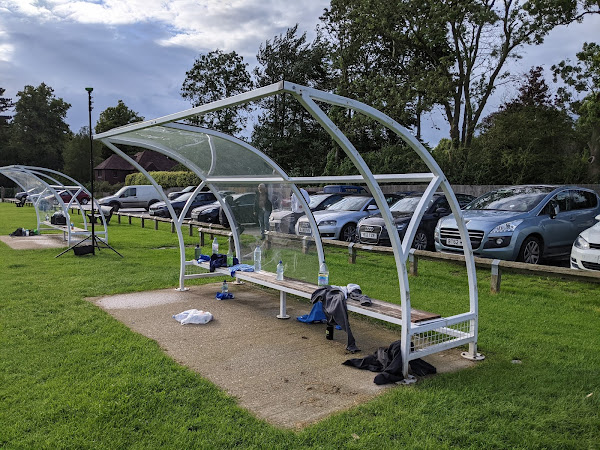 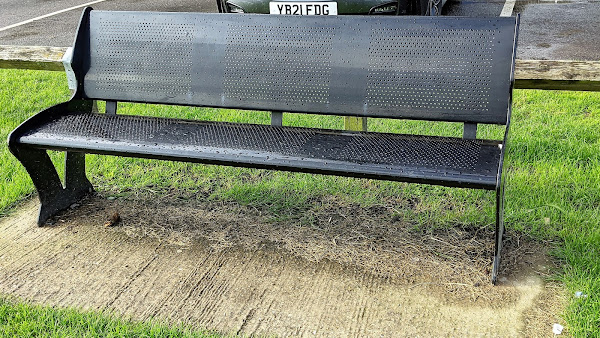 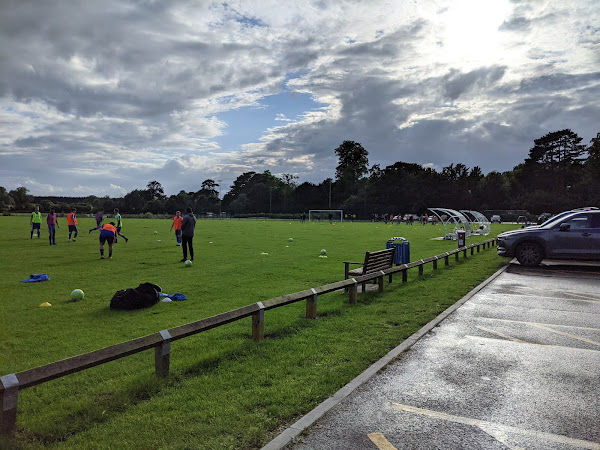 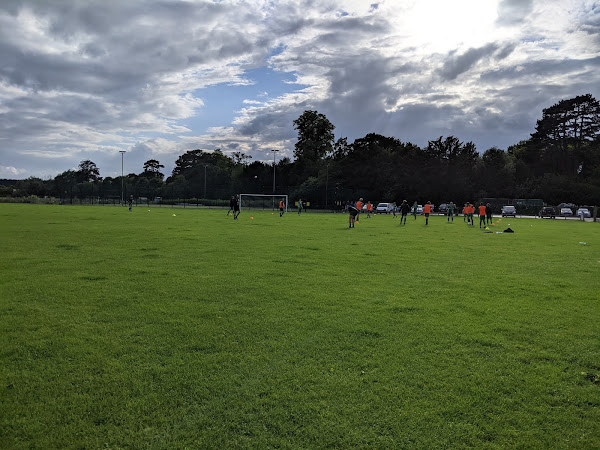 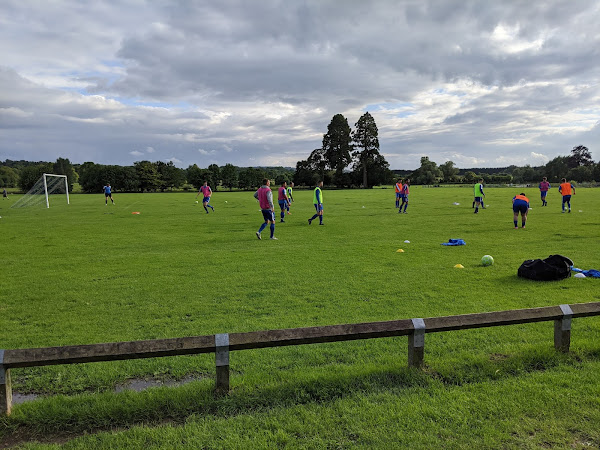 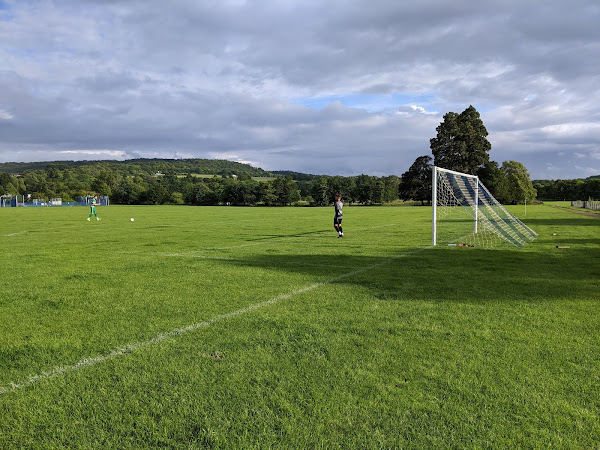