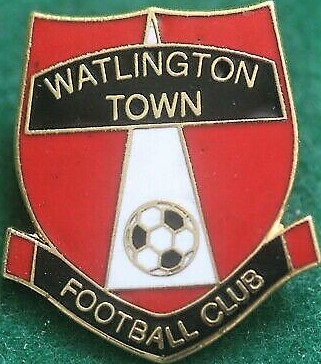 Watlington Town FC
Watlington Sports Ground
Shirburn Road
Watlington
Oxfordshire
OX49 5BZ
07540 091650
Official Website
Twitter
Ground Number: 950
Tuesday 27th April 2021
Watlington Town 2-0 Stokenchurch
Hellenic League Chairman's Cup
WATLINGTON TOWN FC - A BRIEF HISTORY
As ever with clubs at this level, information about the club is hard ti come by. Their badge denotes an 1887 formation date and an original name of Watlington FC. They played in local leagues up until 1964 when they joined the Hellenic League Division 1. Results were mixed but they enjoyed their best-ever finish in 1966 when they finished 6th. Various reshuffles saw them change divisions but they'd remain in the Hellenic League until 1977.  They'd leave for local football, save for a couple of mediocre seasons back in the Hellenic Division 1 between 1997 and 1999. They switched to the Oxfordshire Senior League and were in the Premier Division in 2003 when they enjoyed a decent 3rd place finish. In 2008, they finished bottom and were relegated to Division 1. Results did not improve and after a 6th place finish, their best in many years, they left the league in 2014, joining the North Berks League Division 1. Again they struggled and finished bottom and the misery did not stop there as they suffered a double relegation to find themselves in Division 3. Finally, they had something to cheer, winning the league at the first attempt in 2017, stabilising for a season before winning Division 2 in 2019.  The team were a credible 4th when the season was called to a halt in March of last year. Last summer, they rejoined the Hellenic League, this time in Division 2 East and were 4th with just five games played when the season was once again curtailed.
Watlington is a small market town with a population of just over 2,700. It is situated in Oxfordshire, two miles from the Buckinghamshire border. It lies at the foot of Watlington Hill, which has the 'Watlington Mark' a spire shape cut into the side of the chalk soil on the side of the hill. As well as football there is also a cricket club in the town and tennis, squash and lawn bowls are also played at the Watlington club. Actors Jeremy Irons and Sinead Cusack live in the town whilst it has also been used as a filming location for shows such as Midsomer Murders and Inspector Morse. 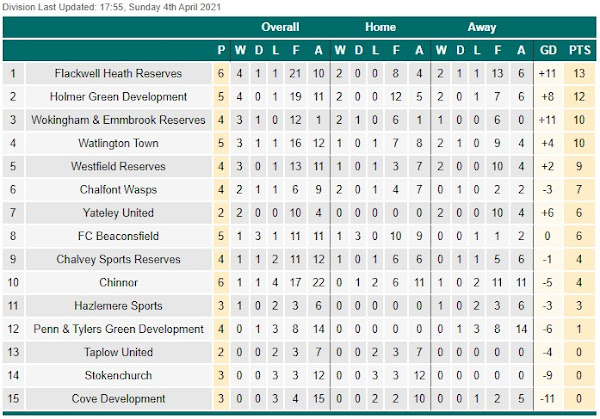 MY VISIT
After a blank midweek last time out, I was keen to get to at least one game. Though there were very limited options on Tuesday, there was a local game at Watlington, around 20 miles from home. I'd seen the hosts draw 1-1 at Prestwood in a friendly back in August and that was when I found that they had a railed pitch and that was good enough for me to pay them a visit in the future. I'd also seen Stokenchurch earlier this season as they crashed 4-0 at Chalvey Sports and also on their home ground back on Christmas Eve 2016 as they beat Henley Town 4-1. With just six miles between the sides, this was a real local derby. The day of the game came and I was off work as usual. I walked down town and got the few things that I needed before going up the cash and carry to meet my Dad. I'd got a prior warning from fellow hopper Laurence that parking around the ground was not great around the ground. A look on Google Maps confirmed this, so I arranged to meet mate George ten minutes earlier than planned. I came home and watched TV for a while whilst typing some of this blog. I had the Salt & Pepper Chips that I'd bought from Iceland and these were pretty decent for what I paid. After leaving at 5, I got to ASDA just before 5.30 to meet George. The journey was far better than expected and we were at the ground by 5.45. Typically, after days of no rain, it started to tip down although it was just drizzling by the time we got out of the car. We got some pictures and took shelter under some trees just in case. With time to kill, I caught up online and typed my blog on my phone. We met a groundhopper and Farnborough fan who provided good company whilst we waited for kick-off. There was a friendly dog called Scooby out enjoying an evening walk too. He didn't stay to watch the game, but there were 24 people watching at the start. 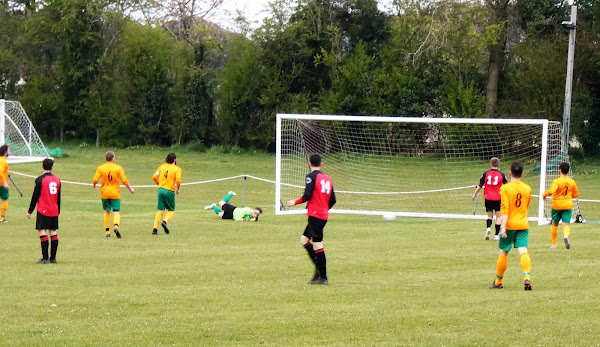 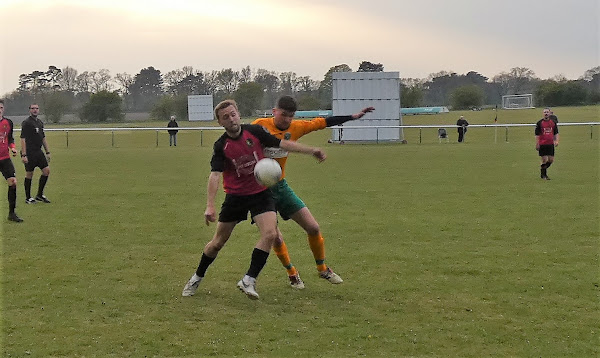 After a decent showing in the league season, Watlington Town had continued their good form since the restart, beating Risborough Rangers Reserves 3-2 and winning 4-1 at Holmer Green Development although they suffered a setback on Saturday when they could only draw 1-1 at Hazlemere Sports in what the club Twitter described as a poor performance. Stokenchurch had lost all three games in the league and after starting back a week later than the hosts, they crashed 5-1 at Risborough Rangers Reserves before regaining some pride on Saturday with a 1-1 draw against Holmer Green Development. Watlington started on the front foot and they were ahead after four minutes when a well-worked move led to a well-placed shot that was put home from 15 yards. There was a shirt pull in the build-up to the goal and the Stokenchurch manager was not happy. Referee Tom Lathey told him in no uncertain terms that he was in charge and wasn't one to be swayed into changing his mind. The hosts were bossing the game but both sides lacked quality in the final third. Three minutes into the second half, the hosts smashed the underside of the bar but the ball was cleared. Just before the hour mark, Watlington did make it 2-0. Their striker beat the keeper to the ball but the defence did well to force him wide. However, they didn't count on him managing to squeeze the shot in from what seemed an impossible angle. The visitors did have a good spell around 70 minutes forcing a couple of decent saves in quick succession from the goalkeeper. On 73 minutes, a real goalmouth scramble saw the hosts unlucky not to score. Stokenchurch had one final chance to reduce the arrears, forcing the Watlington keeper into a good save from a free-kick six minutes from time but it wasn't to be. The light was fading near the end, but the referee still played four minutes of injury time and it was pretty dark when we left. I dropped George off at ASDA and he'd really enjoyed himself and had clearly got the groundhopping bug. He was great company too and I was back home by 9. I managed to finish off my blog and sort my photos before getting into bed around 10. 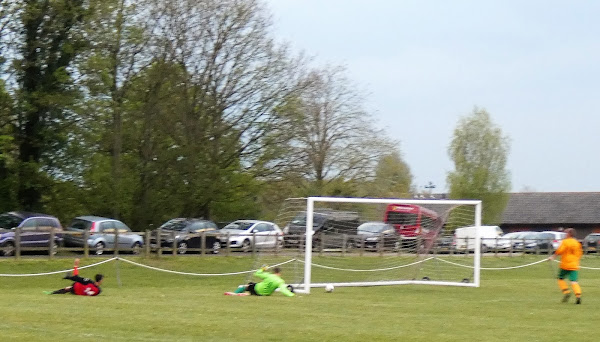 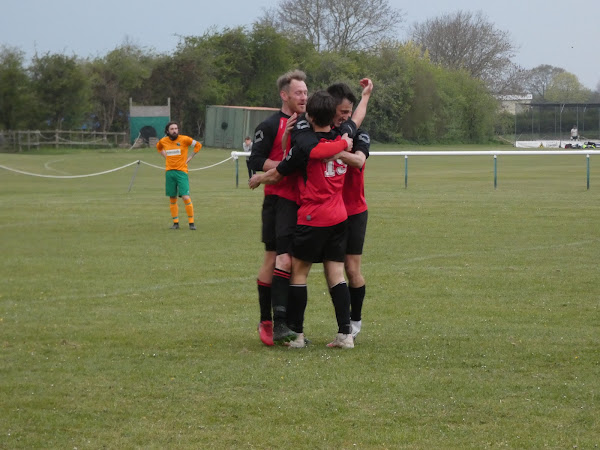 THE GROUND
WATLINGTON SPORTS GROUND is a fairly basic venue but excellent for the level. There's a rail on two sides, plus chains behind the goals. There's also a pavilion whilst the town is around ten minutes walk away with pubs and a chip shop that comes with some good recommendations. Everything is very well kept and it's set in pleasant woodland. Public transport isn't the greatest and parking can be limited at times. 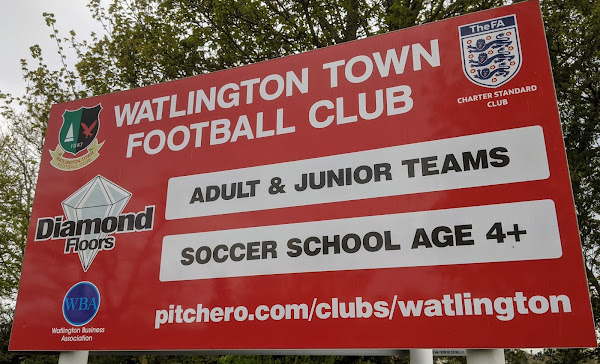 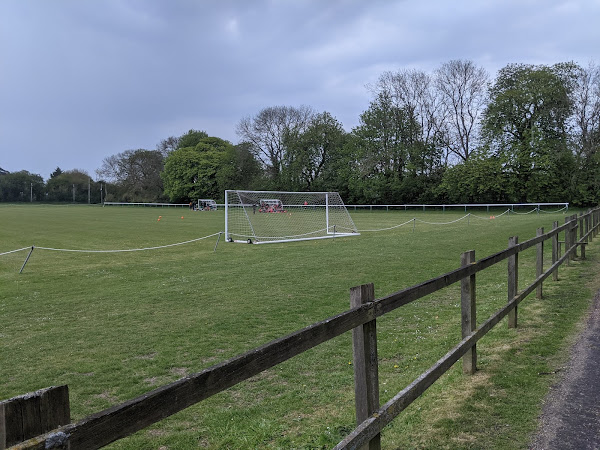 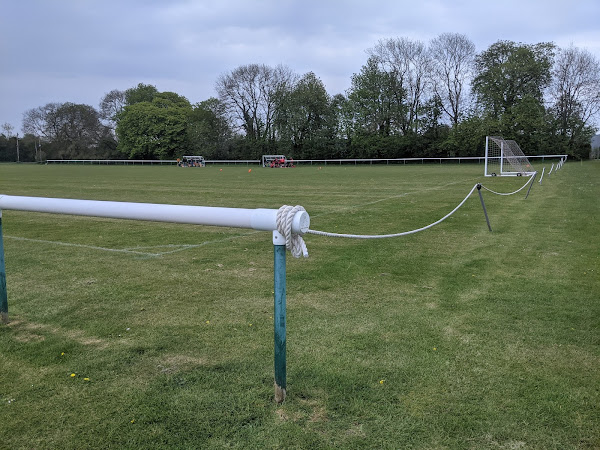 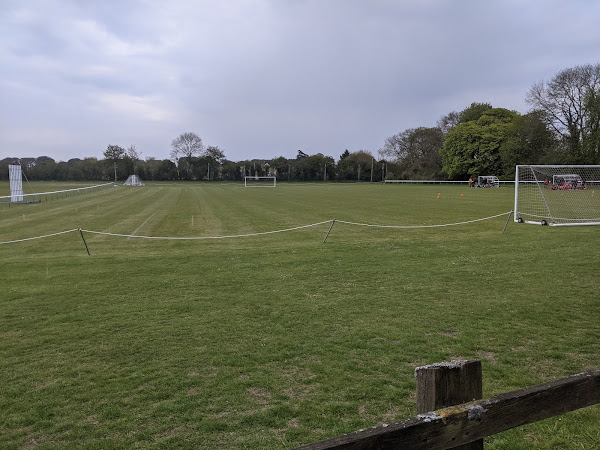 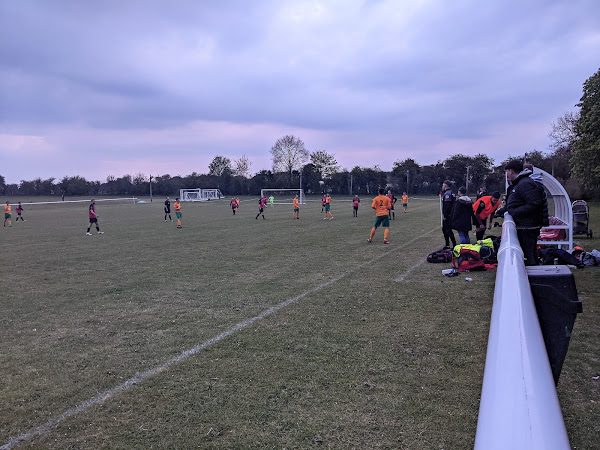 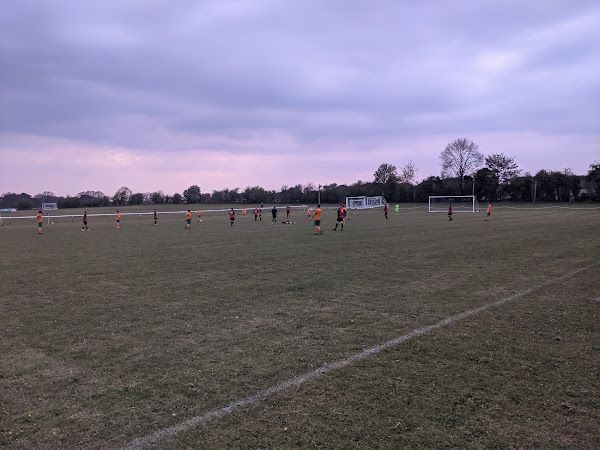 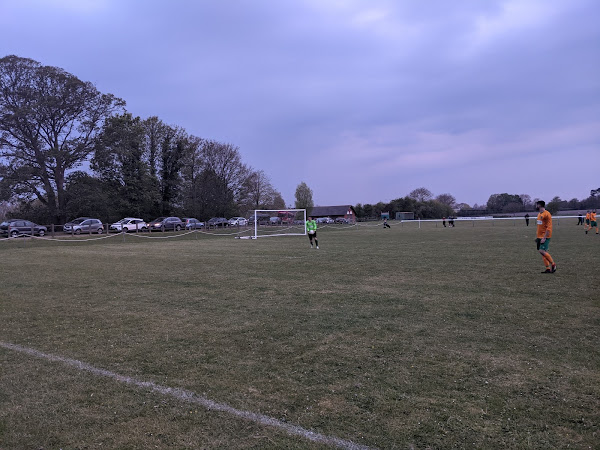 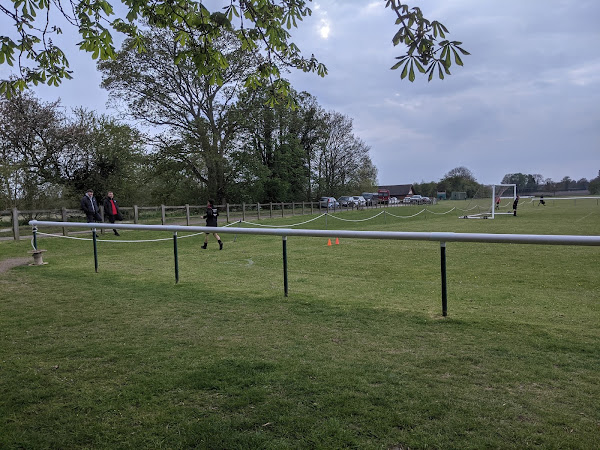