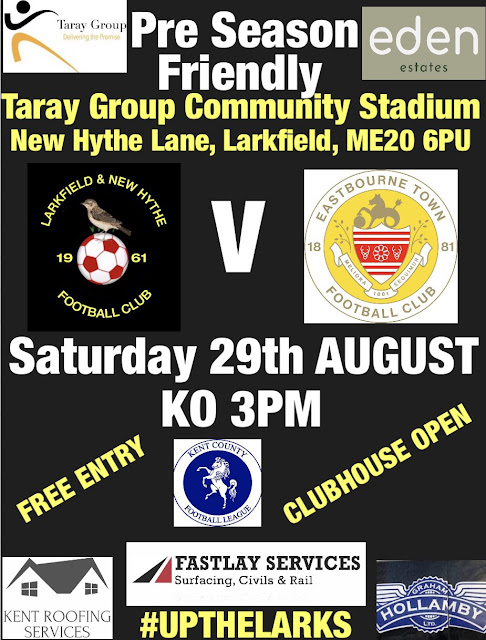 The club was established in 1976, though it can trace it's origins back further as some of their junior players came from Ditton Minors under 9's. They broke away and formed their own club for players from the area and remained as a junior club up until 1995 when they joined the Kent County League. The team still carried on with their youth activities though and to date, have 34 active teams. They've flitted between Division 1 (step 8 of the non-league pyramid) and Division 3 (step 10) of the Kent County League since then. Their best finish came in 2005 (a 6th place finish in Division 1 West) and the worst in 2019 when they finished 5th in Division 3 Central & East in 2019. However that was good enough for promotion and they spent last season back in Division 2, though the FA's decision to null and void leaves me unable to gauge their progress.

The club is based in Aylesford, the village on the River Medway has a population of 10,660 and is also home to K Sports and Greenways who play at step 5 and step 6. Larkfield has a population of just over 14,000 and is home to the Kent Messenger Newspaper group. New Hythe (not to be confused with Hythe near Folkestone) is a smaller village and was the home of Meridian TV up until 2004 when they moved to Maidstone. 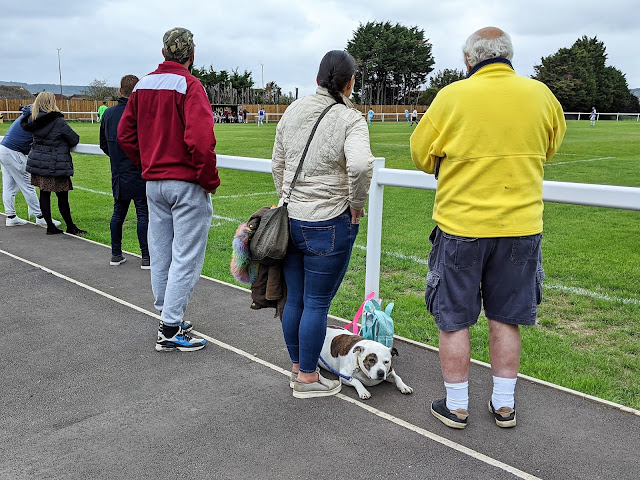 I'd already decided that I was going to go to Sittingbourne v Gillingham for an 11 AM game but I needed to find a 3 PM game. There were several en-route and so I had to filter them out somehow. Corinthian was the first to go, what with them charging £8 for a pre-season friendly which is too much for a step 5 league game in my opinion. They had an FA Vase semi-final coming up and I'd be more than happy to shell out for that. Punjab United was another I decided to save for another day, Gravesend looking a good place for a drink and so, I would do it on the train. The other options were Lordswood, Snodland Town and Bearsted, though in the end, I opted for something further down the non-league pyramid. Larkfield & New Hythe Wanderers tweeted about a friendly against Eastbourne Town with free entry and with an impressive setup, my decision was made. It was 16 miles from my first game in Sittingbourne, so with 2 hours to spare, I tried to find something to do in between. In the end, I left Sittingbourne at 12.50 and headed to Morrisons as I needed petrol. I then went in the store. I was hoping for a half-price cafe meal but the queue was horrendous. Instead, I went to the rotisserie and got some chicken and some cheese and chilli bites. I left at 1.15 and had a good journey over, arriving at 2PM and listening to BBC Radio Kent on the way. 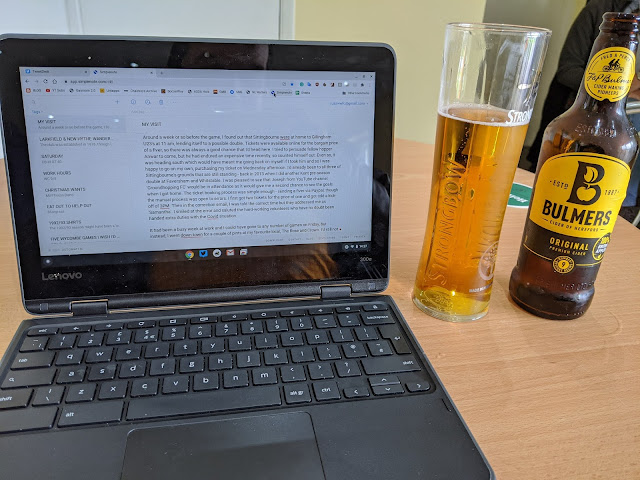 As usual, track and trace and hand sanitiser were completed at the gate. As entry was free, I headed to the bar and got a bottle of Bulmers for £3.60. I then sat in the bar and typed some of my blog whilst waiting for kick-off. I went out with five minutes to spare and stood under cover as there was drizzle in the air. The hosts were in blue and white with the visitors in Sky blue. My main camera had run out of battery by now so I had to rely on my phone. The visitors were the better side early on but it was Larkfield that had the first real chance of the game, a well-worked move forcing a good save from the keeper. It was 1-0 to Eastbourne on 29 minutes when #5 headed home from a corner after being left unmarked. The second goal on 37 minutes was great, a curling cross by #3 and a diving header from #6 from six yards out. A number of changes were made at half time and it was the hosts who started the second period on top, having a couple of really good chances early on. I nipped to the toilet and must have missed a goal with Eastbourne further extending their lead. The referee wasn't giving much to the hosts although he was correct in booking their #15 for a late tackle. Meanwhile, Eastbourne made it 4-0 on 68 minutes when a forward broke away and slotted home from just inside the area. After 76 minutes, Larkfield started to stage a comeback, heading home from a corner. With a couple of minutes to go, the hosts #3 went twisting and turning in the area and went down and a penalty was awarded and converted to make the final score 4-2 to the visitors.

Goal back for Larkfield and New Hythe Wanderers on 76 minutes, still 4-1 to Eastbourne Town though. Attendance of 87.

The scoreline was probably a fair reflection of an entertaining game, but I'd enjoyed my day. I got back to the car and put the Charity Shield final on the radio. This was my company on the way home and as I was getting in at around 6.05, Arsenal were beating Liverpool on penalties. I had a nice steak and chips for my dinner, as well as a couple of drinks. I then typed up both of my blogs for today, finishing up and going to sleep around 9, hoping to get a good nights sleep before the inevitable slog that Sunday would bring at work. 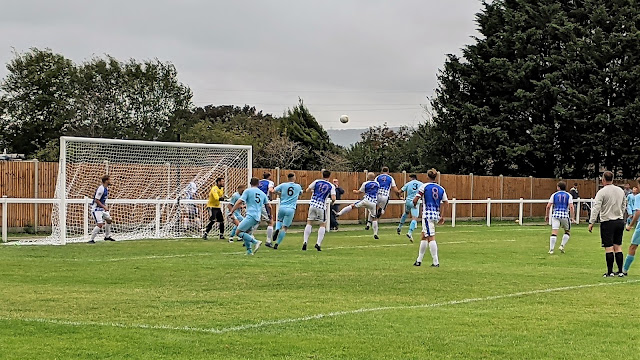 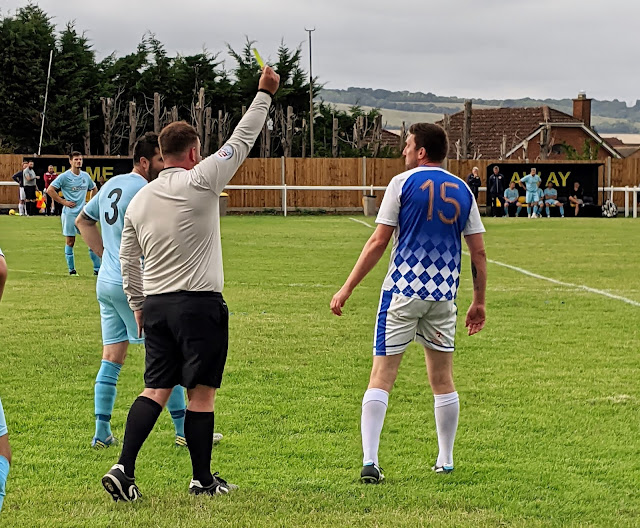 The TARAY GROUP COMMUNITY STADIUM is a cracking ground for step 9 of the non-league pyramid. Aside from the lack of floodlights, it is good enough for step 5. The pitch is fully railed with hard standing and there are two areas of cover - one with seating for 25 and another with standing for around 40. There's a smart and modern bar at the ground although the drinks choice is quite limited. 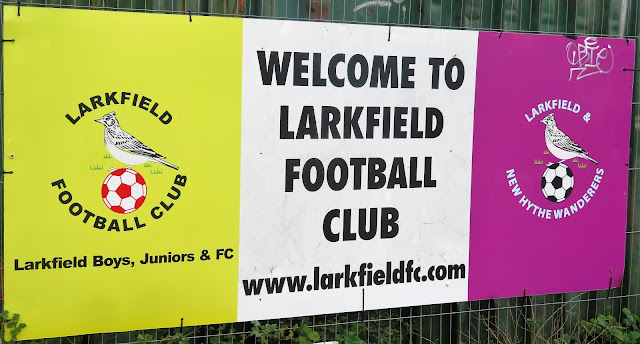 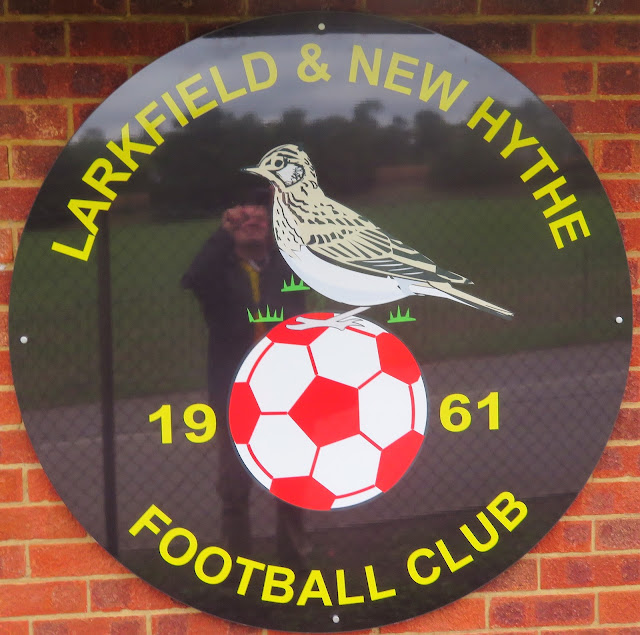 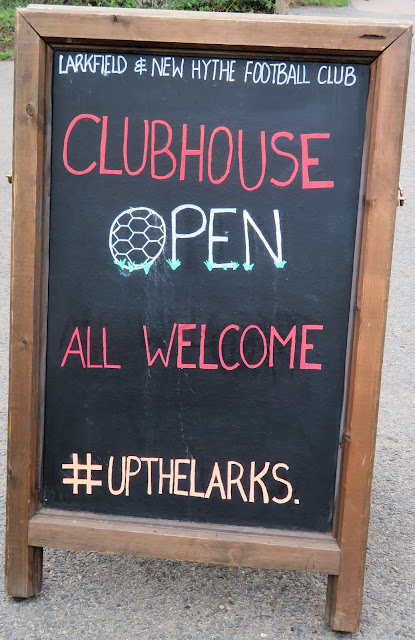 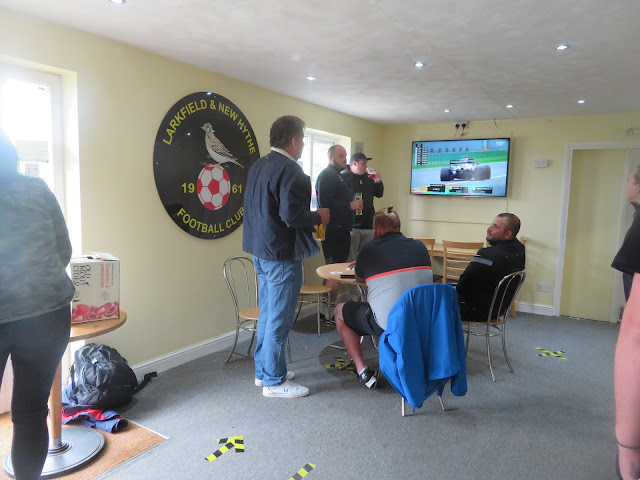 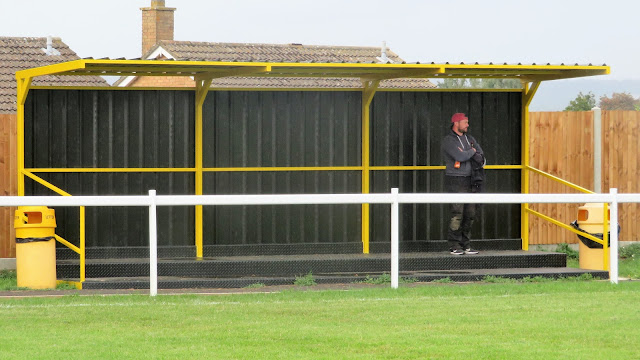 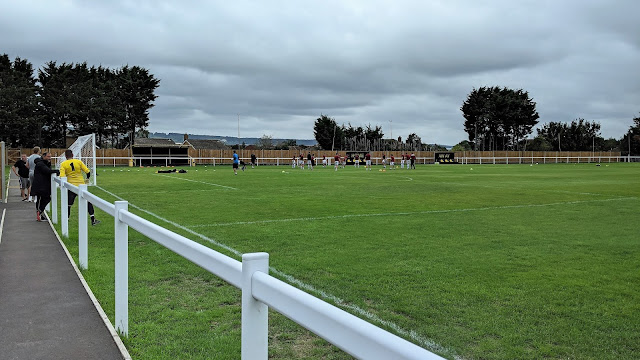 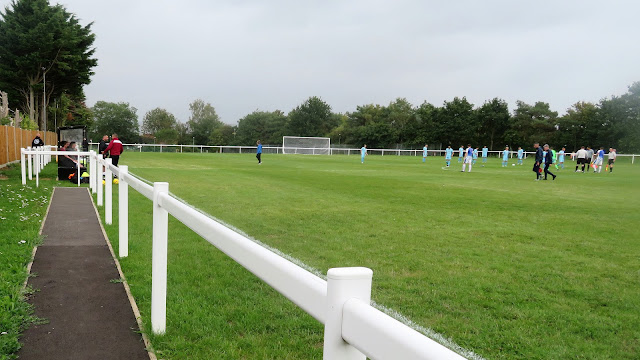 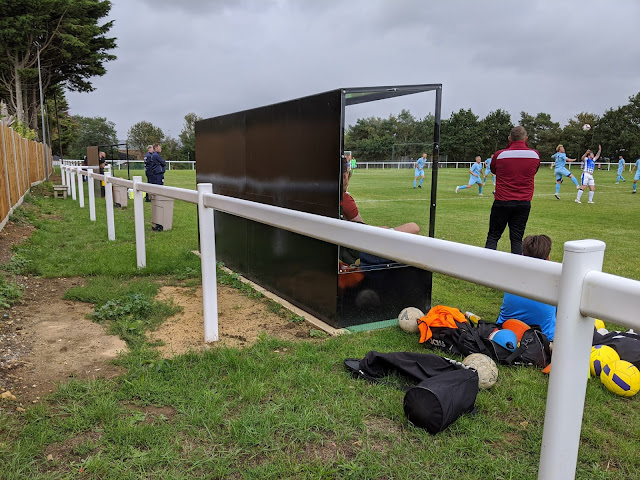 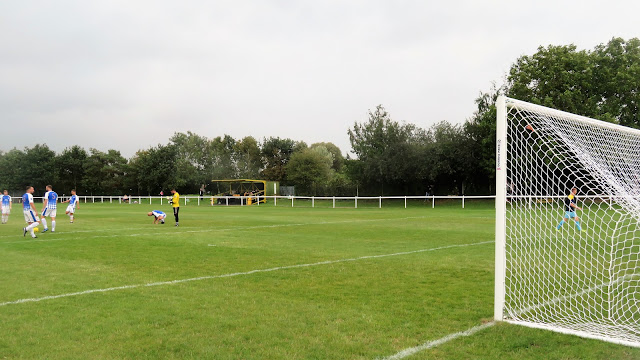 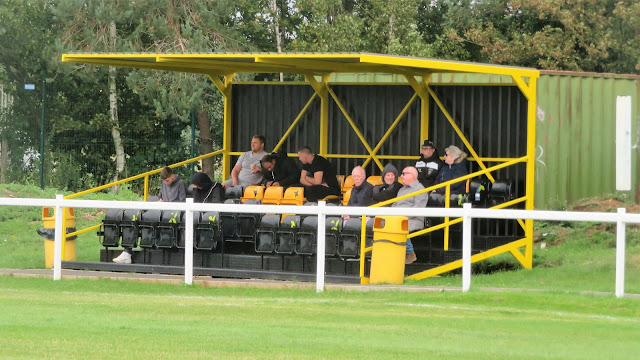 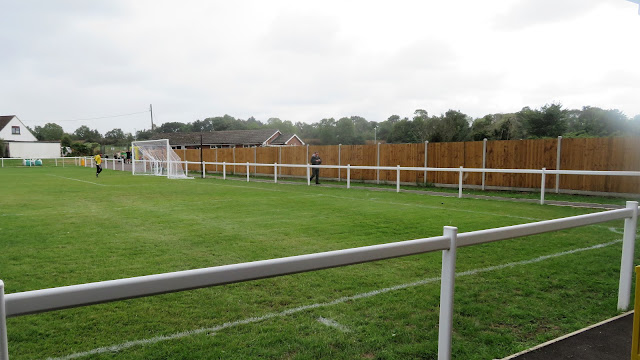 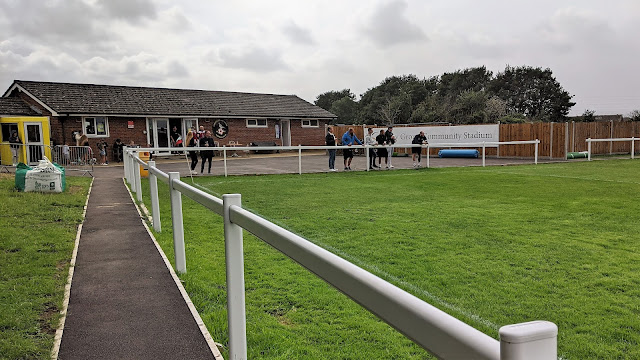