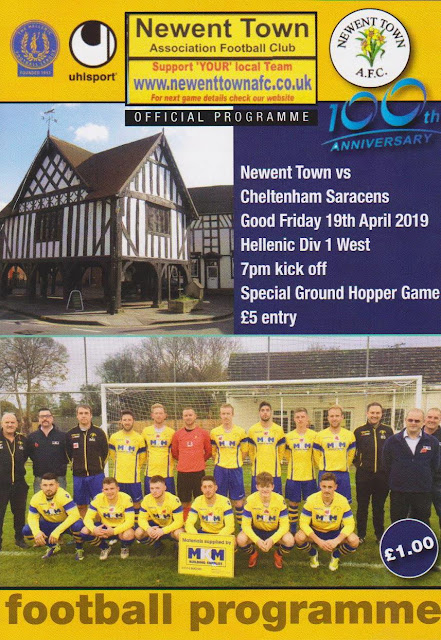 There's limited information about the club online but they were founder members of the Gloucestershire County League in 1979. They remained here until 1989 but struggled generally, their best finish being 7th in their debut season in what is currently a step 7 league. They moved to the Gloucestershire Senior Northern League after finishing second bottom and enjoyed some success there, having lifted the Division 2 title in 1973 during their previous tenure in the league. They rejoined Division 2 in 2013, finishing 3rd and winning promotion to Division 1. A 3rd place finish here in 2016 was their best during this spell, but the following season, a 7th place finish was good enough to make the step up to the Hellenic D2 West for the 2017/18 season. They were champions in their debut season, earning promotion to Division 1 West where they currently sit 9th, knowing that they will be playing in the same division next season.
They are currently yet to play in the FA Cup or FA Vase but have won a number of local trophies including the Reg Davis Gloucestershire Northern Senior League Cup in 2016 and 2017. The market town of Newent has a population of 5,200 and has a number of listed buildings as well as a cricket and rugby club. Famous people to come from the town include footballer Stuart Fleetwood and the 2018 World Triathlon champion Vicky Holland. 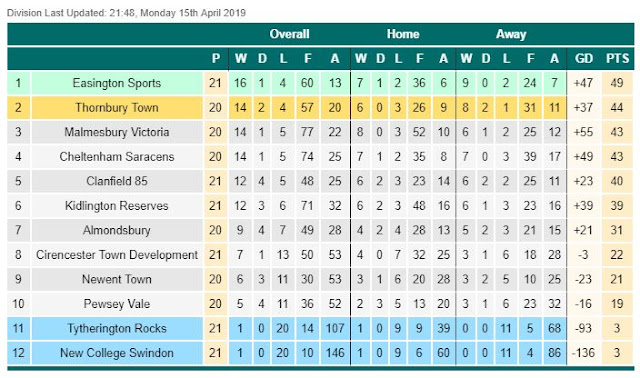 With me having visited both Longlevens and Lydney Town in recent times, I was only really looking forward to the third game on the Friday leg of the Hellenic Groundhop. I’d been partially successful in organising a treble of my own, seeing a game at Roman Glass St George early afternoon and then only the second half of the game at Clevedon as bad traffic resulted in delays. I listened to the summing up of the Wycombe game on my phone as we lost 1-0 up at Rochdale. It was a good journey and so I made good time. I got to Newent at 6, stopping in town. I checked out the Co-Op and Cobblers Micropub for any ciders that I’d not had, but both drew a blank. I headed back to the ground with Google Maps directing me to the wrong end of the ground but that was soon remedied. I was at the ground by 6.20, with payment taken from my car window before I was directed to a space in the adjacent field. I got myself a tasty chicken curry and was hoping to use the sauce for my chips. That was easier said than done as due to the small frier, it took 25 minutes to clear a small queue. I was at least free in time for the game. 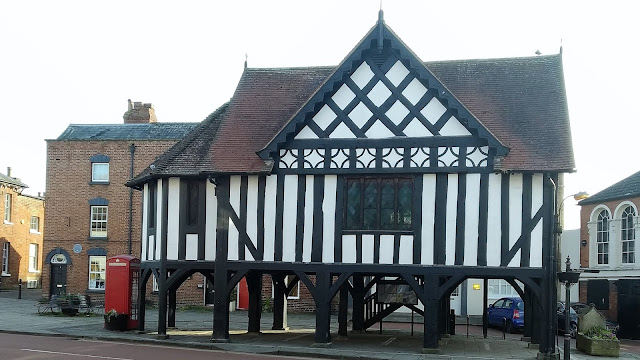 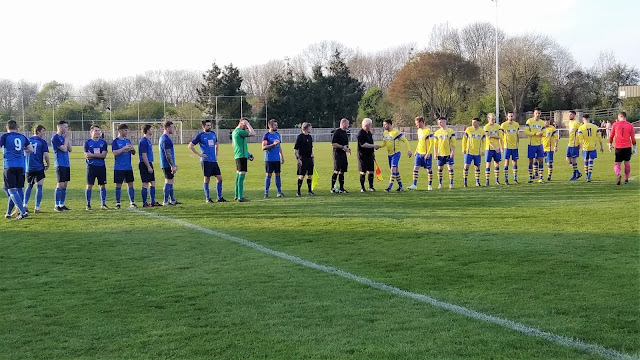 As with the game last at Almondsbury, the game was spent in the excellent company of a hopper from Leicester. I later met another hopper from Retford who I’d not seen for ages and also picked up a Hellenic League fleece which cost me £8, a great buy, but it cleaned me out of cash. It was a bright first half with chances for both sides, the opening goal coming 10 minutes into the second half. The Newent keeper Alex Goode made a cracking double save to put the ball behind, but he was unable to prevent Matt Bernard heading home from the resulting corner. From then on, the game was dead pretty much, with very little goalmouth action as Cheltenham Saracens closed the game out well. Given the number of people there, getting on for 400 and I believe the best attendance so far on the hop, it didn't take long to get out when we left at 9. I listened to the grassroots gossip podcast on the way home. I was glad when I got off the country roads and onto the main ones. I hot a snag at Headington with the A40 being closed by the Police with no diversion signed. It turned out that someone had jumped from a bridge and dies, so it put the minor inconvenience that was sorted by Google Maps into perspective. I got home at 11, having a couple of drinks whilst I caught up on stuff, sorted some photos and worked on my blog. It was a late night for me with me not getting to bed until after 3 am, still with plenty to do with regards to writing about my trip. 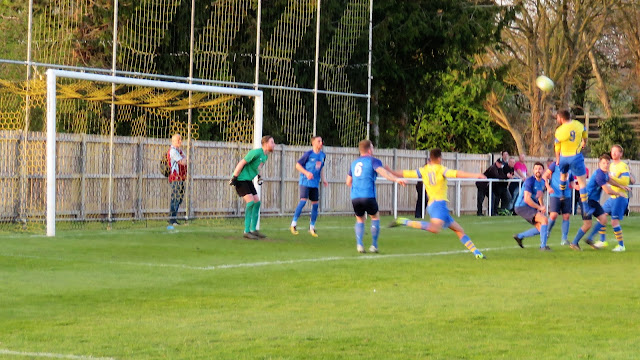 WILDSMITHS MEADOW is a nice tidy setup. It has just the one stand, this is currently a terrace with a few random seats in to meet ground grading. At least its a brick and mortar structure though, unlike the plethora of metal stands that are in grounds nowadays. Plans are in place to put proper seats in, as well as plans to extend the clubhouse which is quite small. The ground is in a nice setting, around a mile from the town and everyone is nice and friendly. The food that I bought was pretty good and service would probably be quicker than I experienced on a standard matchday. 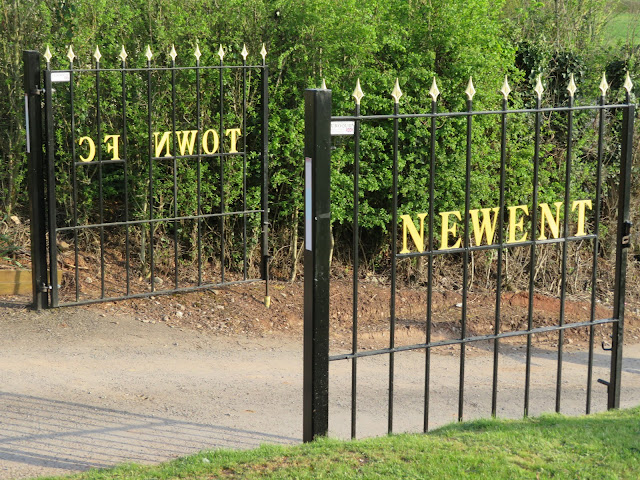 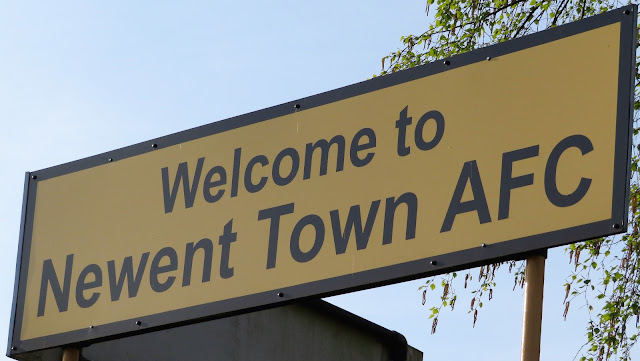 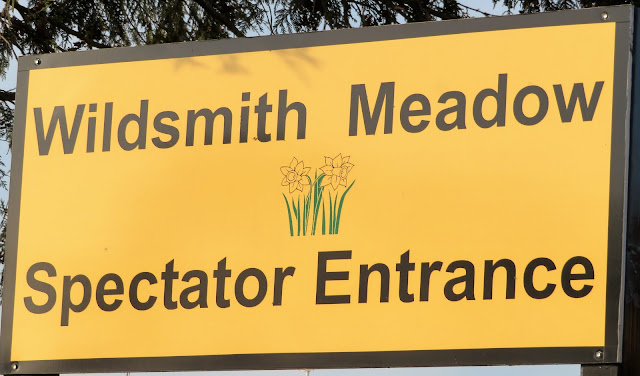 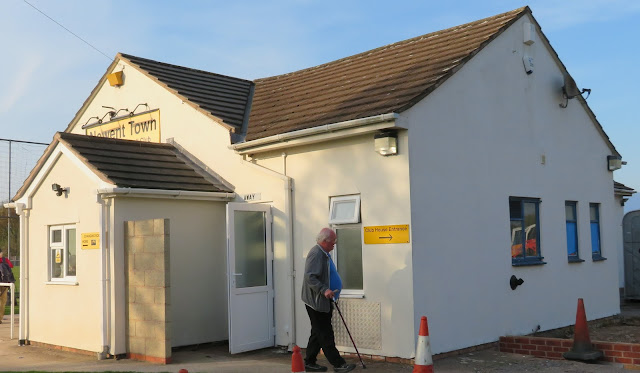 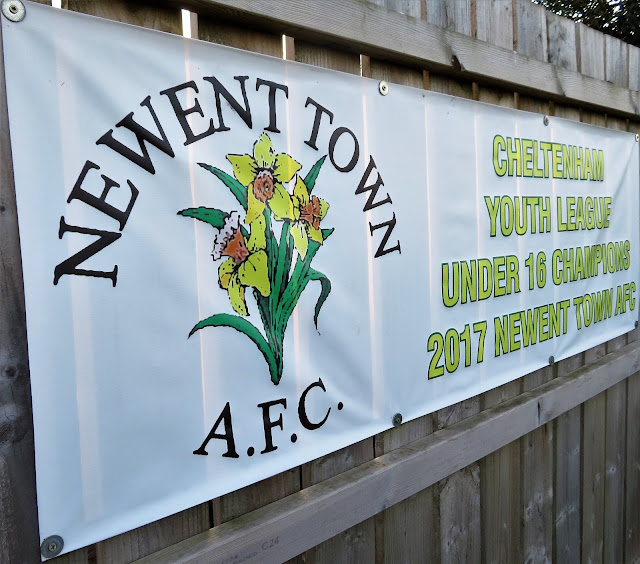 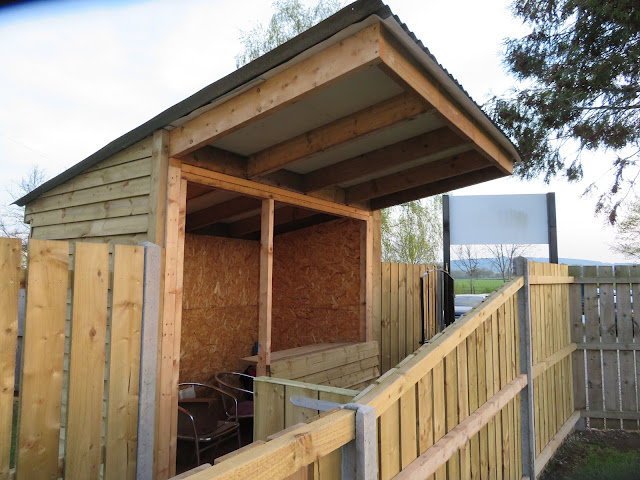 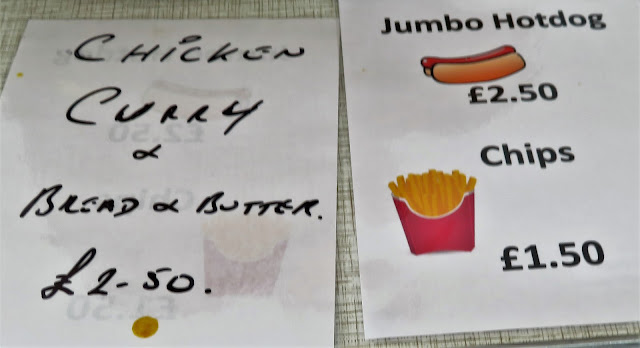 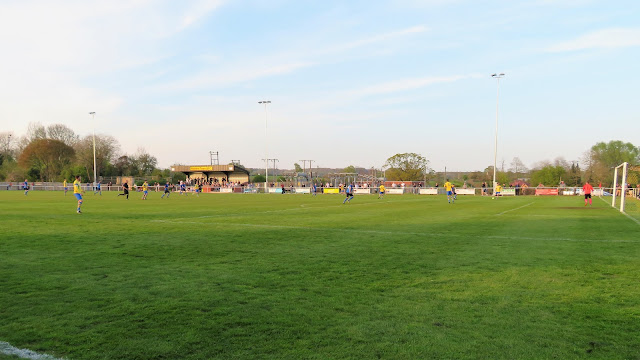 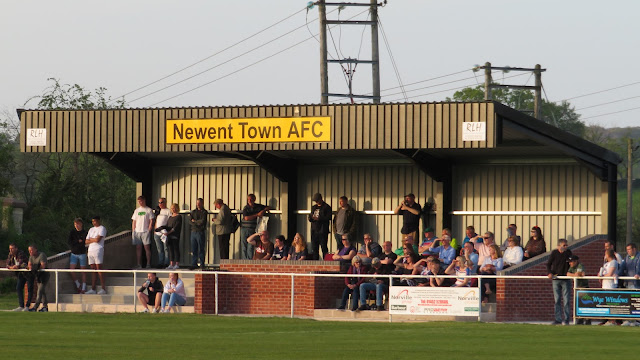 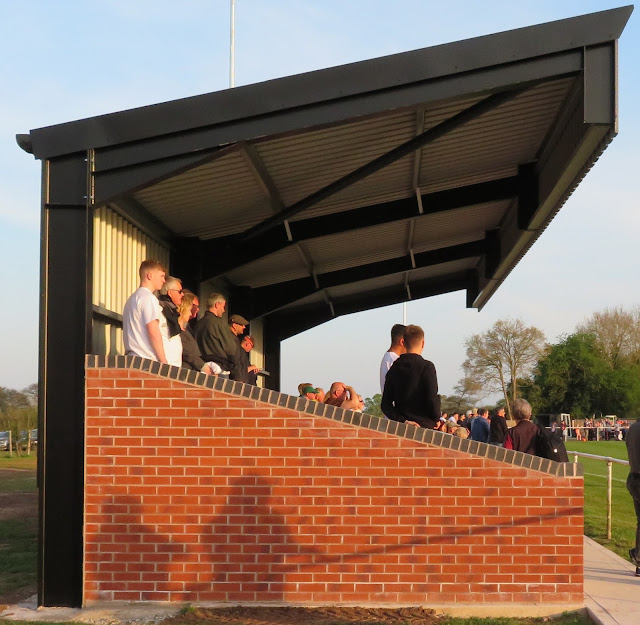 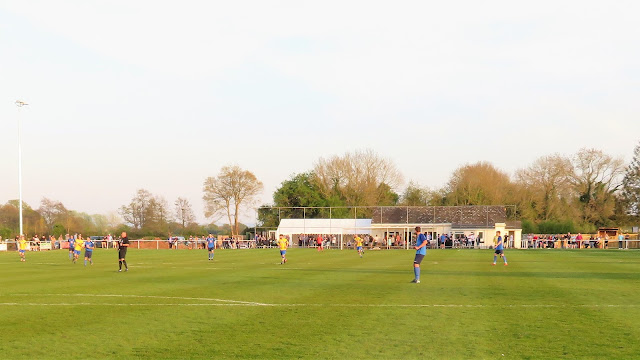 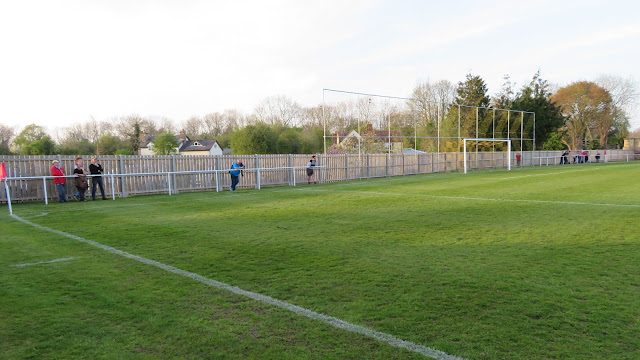 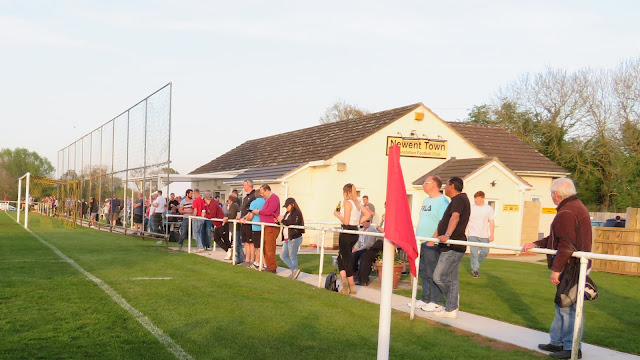