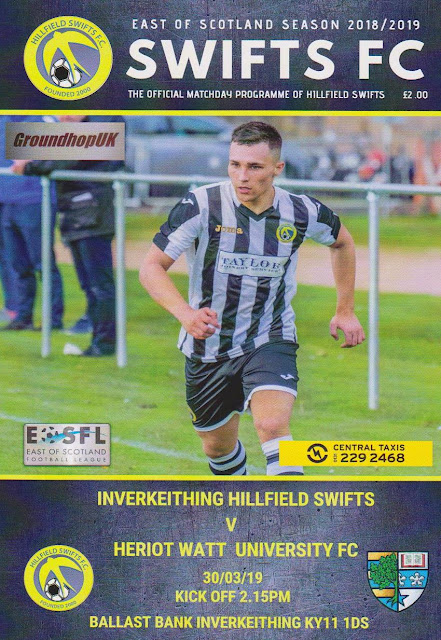 The club is one of the youngest in the East Of Scotland League, having been formed as recently as 1996. They were initially known as Inverkeithing Boys Club before switching to Inverkeithing Blue Brazil a year later. They adopted their current name in 2000. There wasn't a huge amount on the internet about them when I looked but it looks like they are about more than the first team with over 450 players at junior age groups. The first team are currently third bottom of the Conference C and look set to have to drop a step at the end of the season due to league reorganisation. The town of Inverkeithing has a population of 5,265. 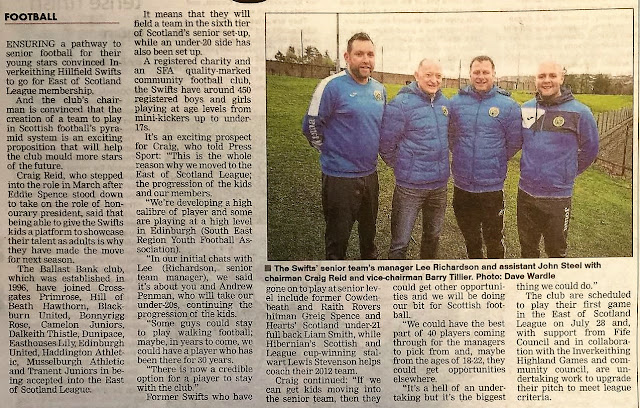 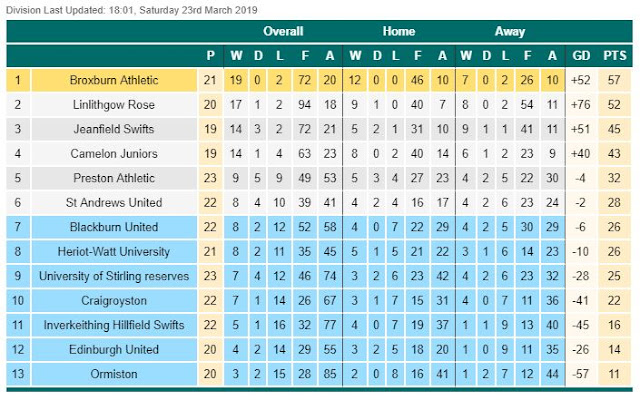 From our previous game at Camelon, it was around half an hour to our next game. It was certainly scenic, rolling countryside and lots of great looking bridges. We arrived at the ground around 1.45 and this was set amid nice scenery too, right by a river. It was a very basic venue but the club had worked hard to put on a good day and I bought a pennant for £3 off of their merchandise stall. I also had something to eat and drink, a Scotch Pie and a can of Dark Fruits for £4. 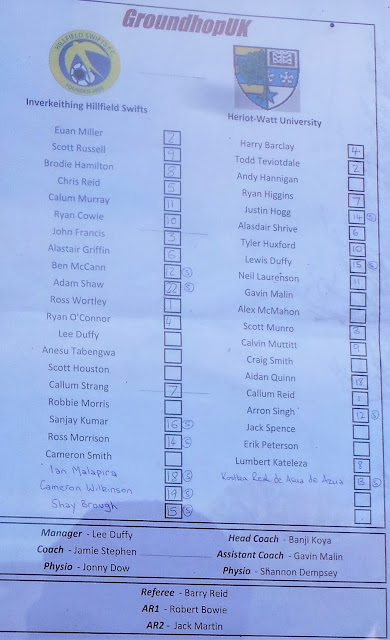 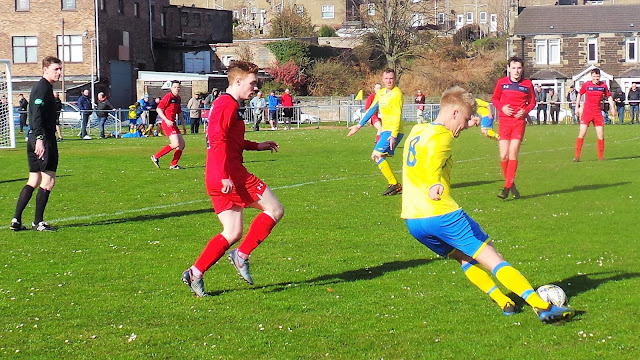 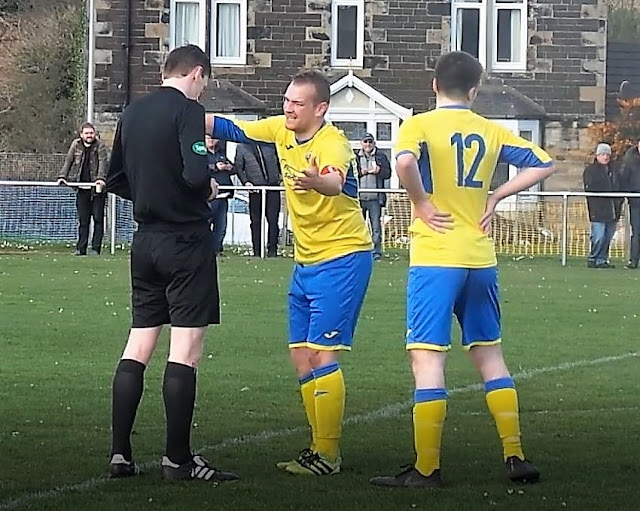 The game started off pretty slowly and it was really a case of who was the least poor would win it. It looked like Herriot Watt University would be that team as they soon started having the better of the game. It was a calamitous goal that gave them the lead, just before the half-hour mark. Swifts keeper Ross Wortley dallied on the ball, had it pinched off of him by Calvin Muttitt who rounded him and finished into an empty net. The second goal a few minutes later was a lot better, an overhead kick and although Muttitt didn’t get the best of contact on it, it was enough to put it in the net to make it 0-2. The game lost a bit of pace after that and it wasn’t until nearly an hour in that another goal came and it appeared as if the game was as good as over when Tyler Huxford latched onto a good through ball and put it into the net despite Swifts keeper Ross Wortley getting something on it. Inverkeithing suffered another blow when Euan Miller was sent off for a couple of bookings within the space of a couple of minutes. He was lucky to only be yellow carded for a crude challenge but then compounded this my sticking his head in the face of an opponent. What had been a dull game up until now suddenly perked up as the hosts galvanised themselves and went about reducing the arrears. Ryan Cowie netting from close range on 71 minutes. Four minutes later it was game on and 3-2, Brodie Hamilton cut in from the right and lifted the ball over the keeper from 10 yards.  Inverkeithing John Francis was sent off for foul and abusive language on 78 minutes which scuppered their chances but it was a couple of incidents a few minutes later that killed the game for the hosts. Firstly a penalty was awarded for a foul by the keeper who pulled down an attacker. It looked outside the area to me but other hoppers said it was inside. Then the penalty was saved, it looked like a legitimate save but the referee ordered a retake. This prompted Ryan Cowie to question his decision in words that the referee deemed unacceptable and so he too was sent off. The retake was scored by Aaron Singh to make it 4-2 and end what was a spellbinding twenty or so minute passage of play. The game petered out after then, but it had still been the highlight of the hop, entertainment wise.

Incident from a great game on Saturday, finished Inverkeithing Hillfield Swifts 2-4 Herriot Watt University
A post shared by Russell Cox (@russ_wwfc) on Apr 1, 2019 at 9:00am PDT

BALLAST BANK is a very basic setup, just a railed pitch and no cover or lights. The merchandise stall was excellent, the best of the hop. The food and drink also did the job and the club put a lot of effort into making us feel welcome. 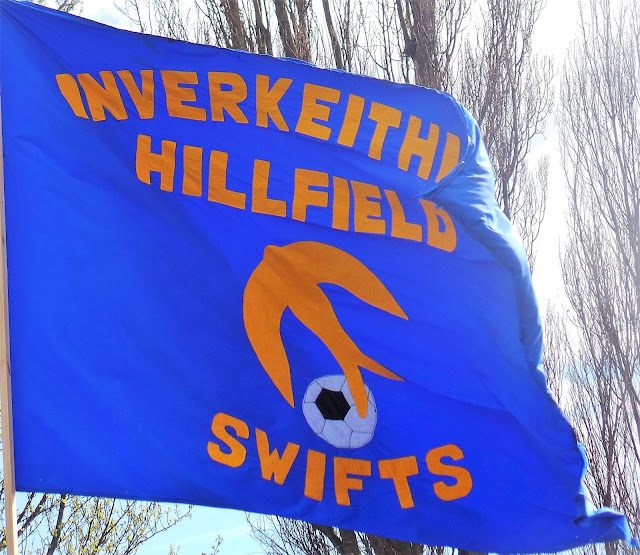 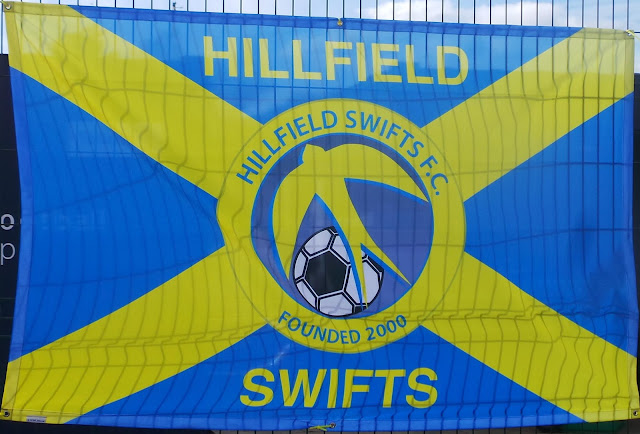 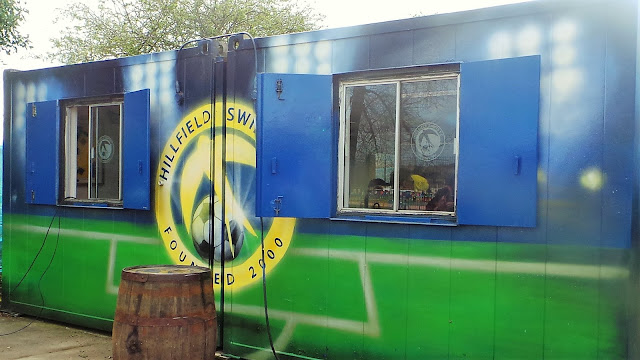 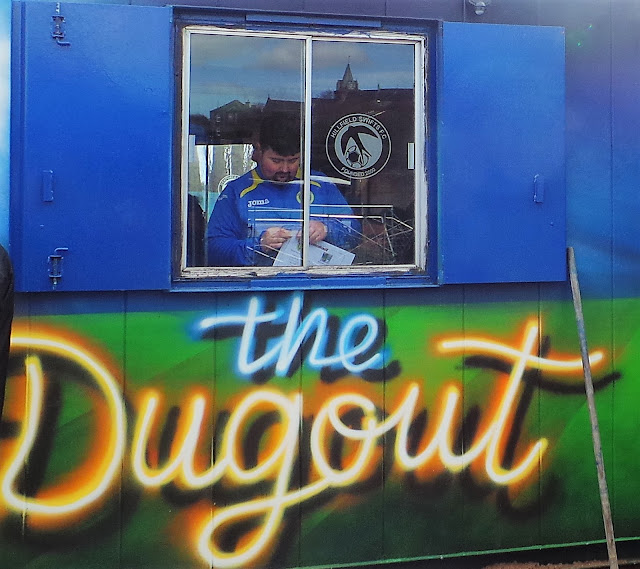 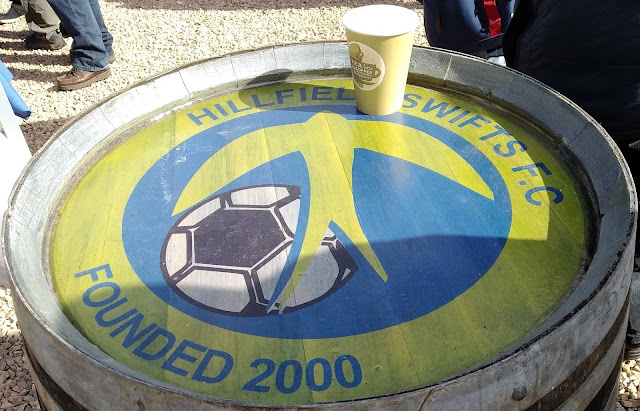 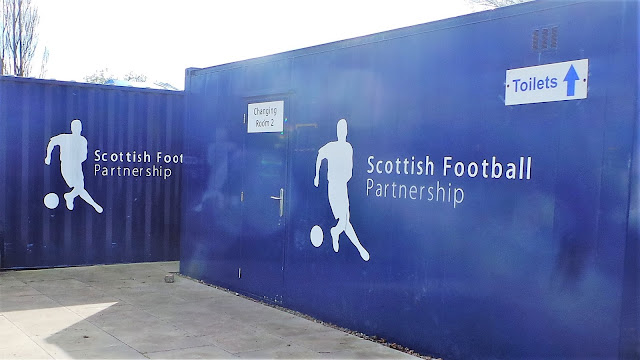 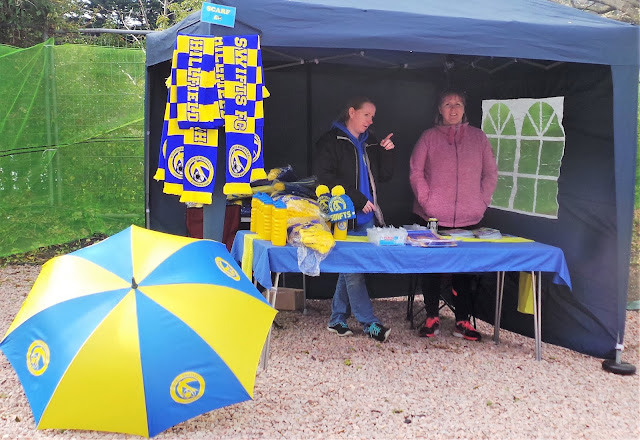 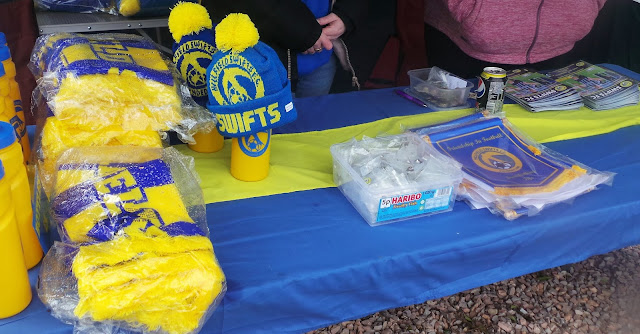 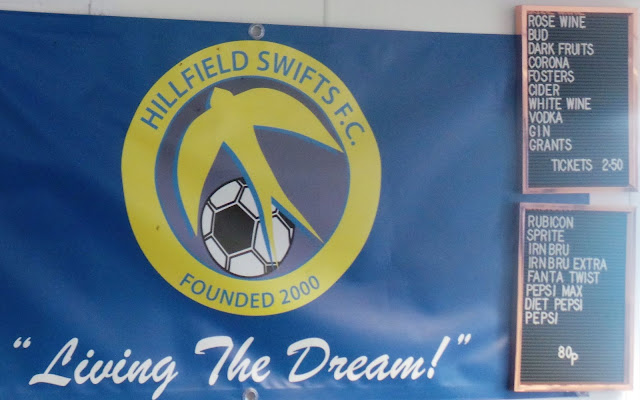 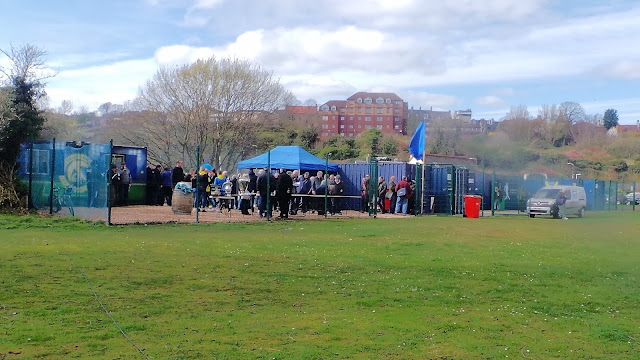 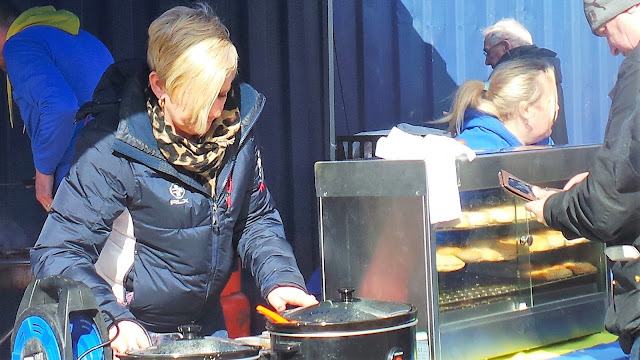 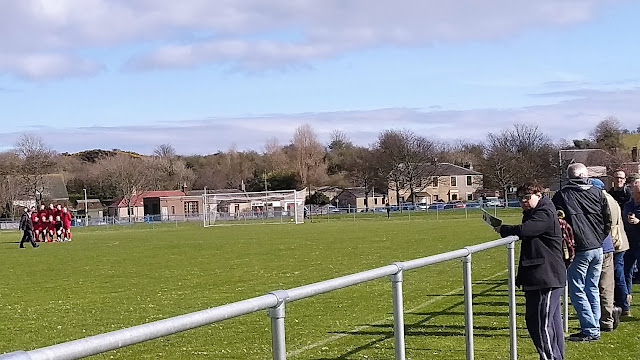 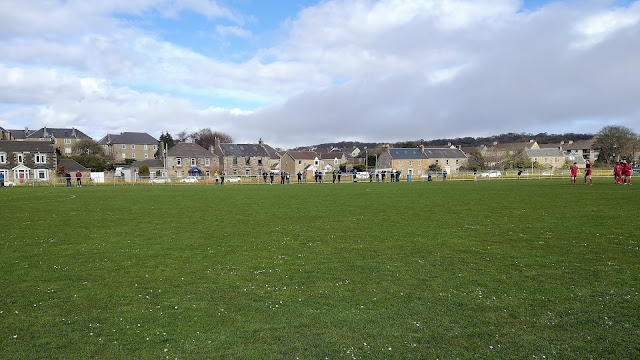 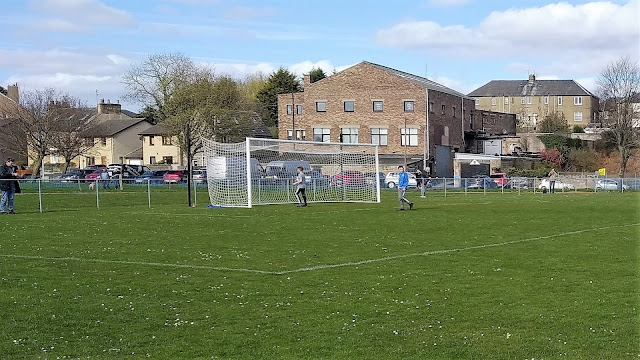 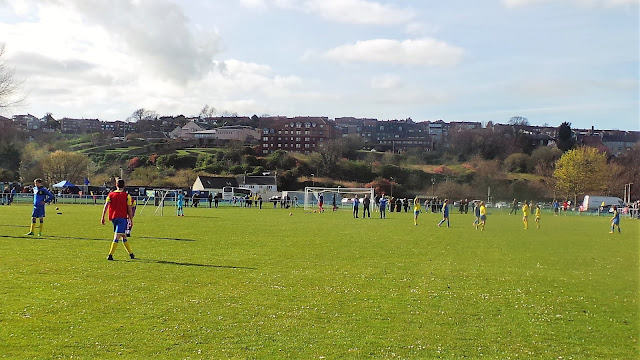 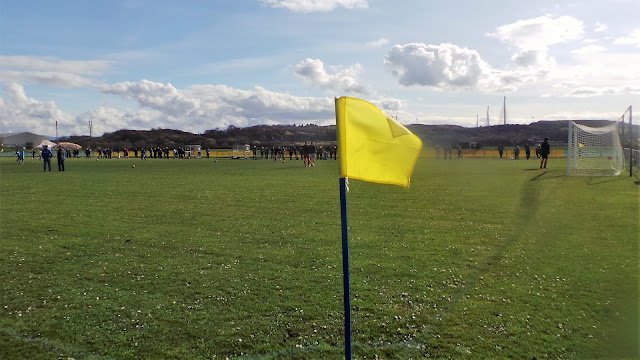 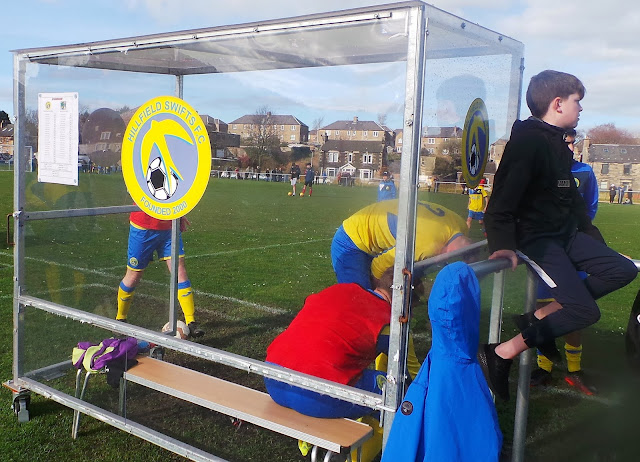