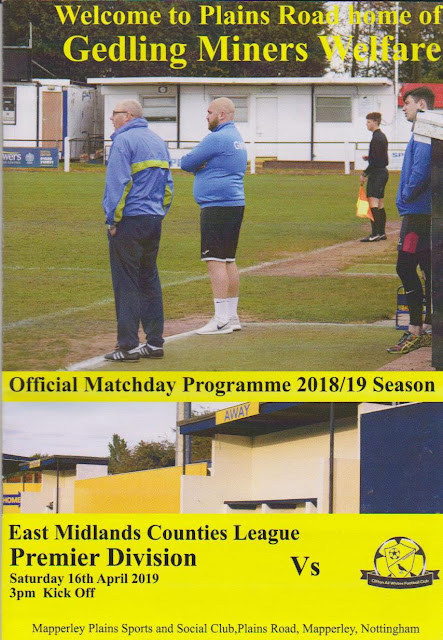 The club was established in 1919 and was initially known as Gedling Colliery Welfare. The 1930s saw them briefly known as Mapperley St Judes but they switched to Gedling Miners Welfare in the first half of the 1990s. Starting out in the Notts Alliance, they remained here for most of their history, finishing as champions on ten occasions. In 2002, they joined the Central Midlands League, starting out in the Premier Division where a 4th place finish in their debut season saw them promoted to the Supreme Division. The 2005/06 season saw a best-ever finish of 5th whilst the following season saw a low of 16th. Gedling Miners Welfare were founder members of the East Midlands Counties League in 2008, enjoying a best-ever finish of 4th  in 2011. Since then, the form has gone downhill and last seasons finish of 10th was their best in years. This season sees the team sitting in 17th at the time of my visit, but safe from relegation.

The club's best ever progress in the FA Cup has been the 2nd Qualifying Round, reached in 1949 where they lost 8-0 to Spalding United and then again in 1954 with a 3-2 defeat at Gresley Rovers. Modern times have seen little success in the competition, their only win being a 4-3 thriller over Holwell Sports in 2010 before a narrow 1-0 defeat to Barwell in the Preliminary Round. The FA Vase has also seen little progress, the 1st Round being the best they could manage - losing 2-1 at Dunkirk in 2007 and 2-0 to AFC Mansfield in 2014. Local cup wins include the Notts Alliance League Cup in 1920, thanks to a 1-0 win over Sneinton, the Notts Alliance Intermediate Cup in 2002 and the Notts Alliance Senior Cup on several occasions. The club enjoyed a record attendance of around 10,000 when Bishop Auckland visited for an FA Amateur Cup tie in 1954. The village of Gedling has a population of 6,817. It used to be a mining village, the mine was open from 1899 and closing in 1991. In the 1960s, it produced over a million tonnes of coal and was known as the 'pit of all nations - at one point 10% of the workforce had come over from the Carribean to work. Sadly, 128 men died at the colliery over the years. 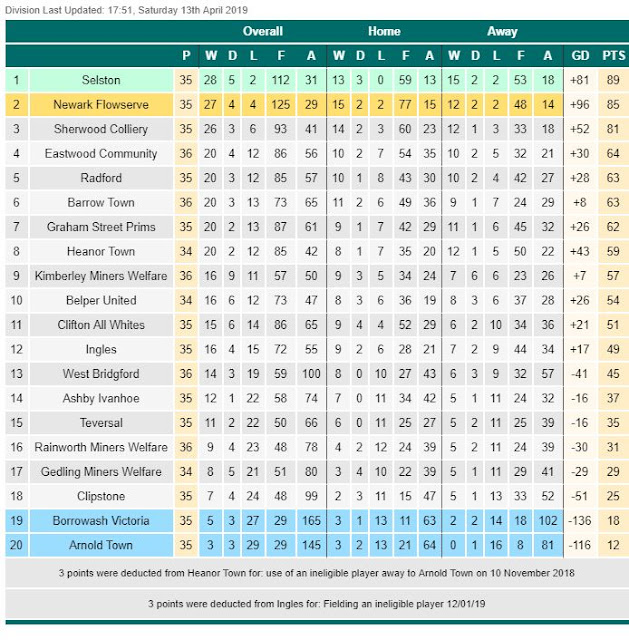 I knew a few weeks ago that Milton Keynes based hopper Chris would be available on this day and with my usual hopping partner Anwar away in Morocco, it was the perfect day for him to do a rare Tuesday game. My initial thoughts had been an early kick-off at an unfloodlit ground somewhere up the M1, but there wasn't really anything practical.  In the end, I presented a list of possibilities to Chris and we both came to the conclusion that Gedling Miners Welfare v Clifton All Whites was preferable to options at Loughborough Dynamo, Skegness Town, Thackley, Knutsford and Malvern Town. I did my research into the club history and pre-match food and drink options. The day of the game came and it was my usual day off work and walk down town. I came back and had lunch before watching TV for a bit and leaving at 2.45. After stopping for petrol in Aylesbury along the way I met Chris at 4. It was a good journey with us getting parked up at the ground by 6 where hopper Tony Incenzo was already in attendance. Pre-match stop was the Bread and Bitter, a Castle Rock pub where I had a pint of Kicking Bottle Fullback cider that was produced in nearby Leicester and an El Bandito pizza. It was a really nice place and had a number of friendly dogs in attendance. The pizza was tasty and enormous and filled me right up although it took a while to come, so it was after 7 before we walked back to the ground. At least it was cheap, with a buy one get one free offer on Tuesday night, they were only a fiver each. 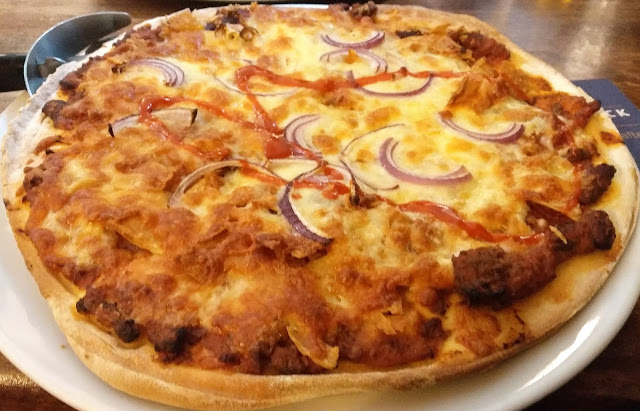 We got back to the ground around 7 20, paying £5 entry plus £1 for a decent programme. The hosts were not in good form coming into the game, just one victory in the past nine games. That came courtesy of a 2-0 win at Teversal on March 2nd but they'd lost 6-1 at home to Kimberley Miners Welfare and 5-0 at Sherwood Colliery during that time. Clifton All Whites were doing slightly better, 3 wins, 3 draws and 3 losses in the past 9 though most results had been decided by the odd goal. The sides had met on the opening day of the season, Clifton All Whites triumphing 4-2 but Gedling had gained revenge on 22nd January, winning an epic game 5-4 in the Notts Senior Cup. Back to tonight's game and it was Clifton All Whites that started the brightest. Gedling thought they had taken the lead on 17 minutes when Jurgen Charlesworth squared the ball for David Boafo to finish from close range but the officials ruled it out for offside. This sparked the hosts into life and they took the lead on 27 minutes when Courtney Hastings headed home from a corner. The game was not the best, but both sides had chances, Clifton again having a good spell at the start of the second half. Gedling came closest to scoring through Michael Bannister, but it would have been ruled out for offside anyway. 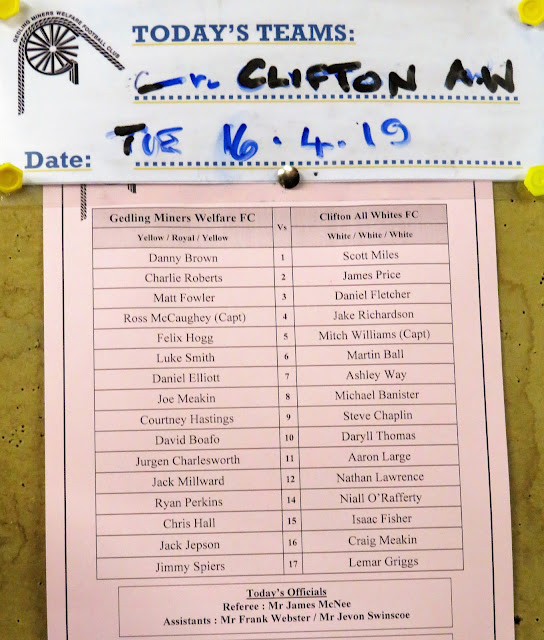 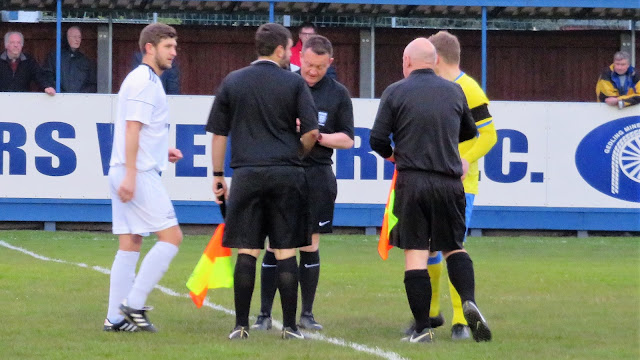 The game was quite late finishing and so it was 9.45 when we left. We both fancied a drink but the BP garage we stopped at had already locked up for the night. We were hoping for a good journey home but hit delays on the M1 as it was closed from Junction 23 to 22. What with all the queueing and delays, it added half an hour to the journey. I dropped Chris off at 11.40 and got back on the M1 towards home. All was going great until just before I got off the M25 towards Amersham where I got flashed by a speed camera. Hopefully, nothing will come of it, but if it does then I'll only have myself to blame as it was clearly signed but I got complacent. I generally obey the limits anyway, but drove a little more slowly on the way home, getting in just after half midnight. Though I wasn't tired, got straight into bed as I was up at 4 for work. I actually dropped off fairly quickly despite all my thoughts being about an unpleasant envelope dropping through the letterbox sometime in the next fortnight and felt OK for work the next morning, albeit needing my usual afternoon nap after. 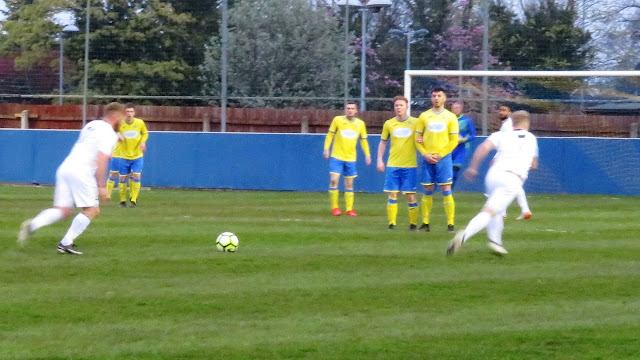 MAPPERLEY PLAINS or PLAINS ROAD is a decent ground for step 5. There's pretty much cover down the whole of both sides - around 50 seats and a few hundred under cover. The rest of the ground is open to the elements. There is a bar and tea bar available, I didn't try either but the tea bar looked pretty good. For more choice, the town of Mapperley is around 10 minutes away and offers a range of takeaways and pubs to suit most tastes. 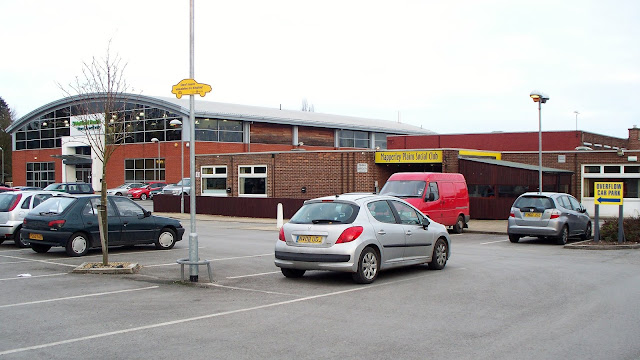 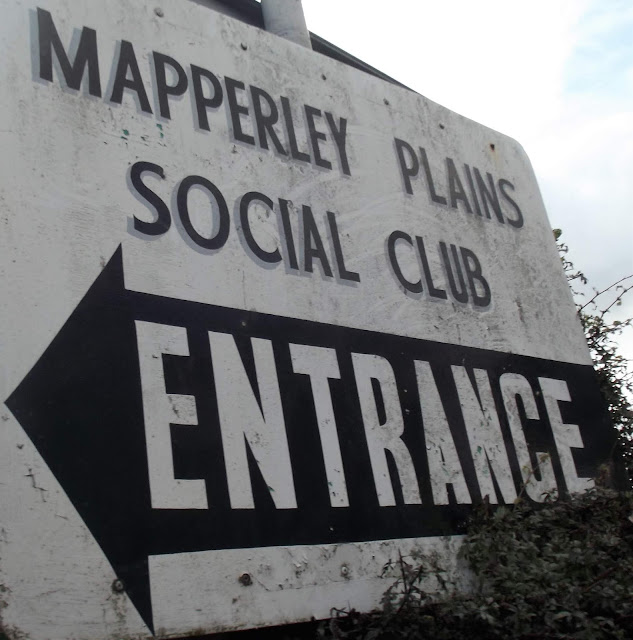 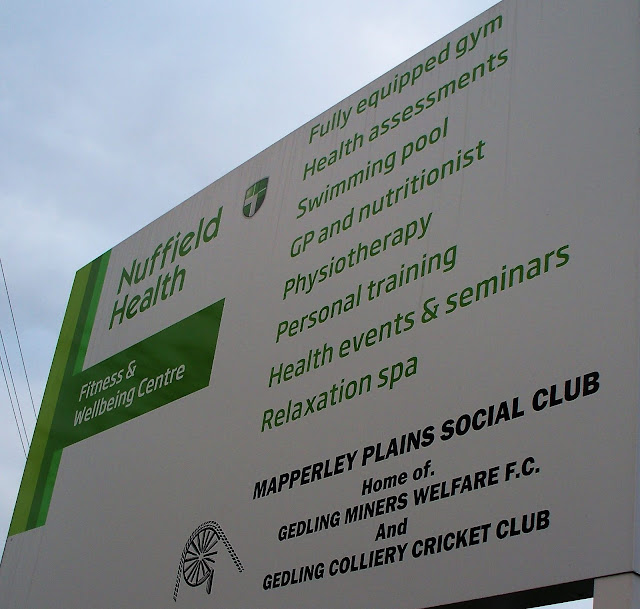 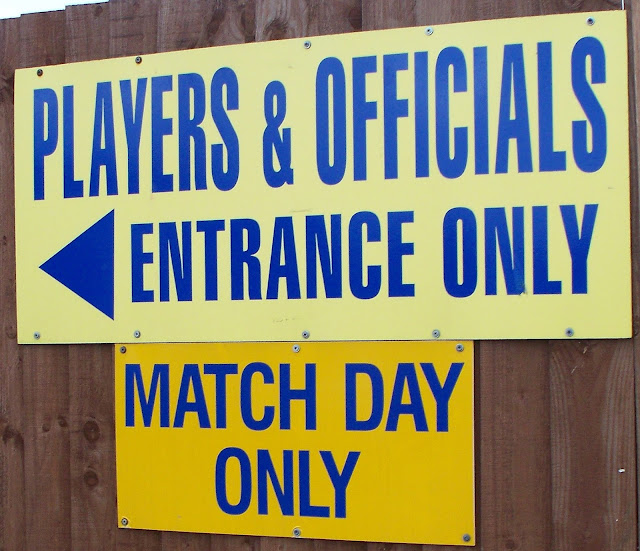 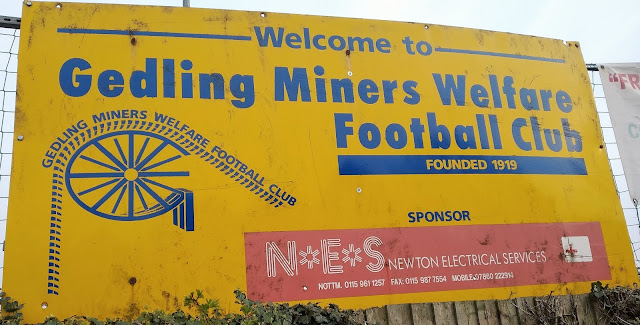 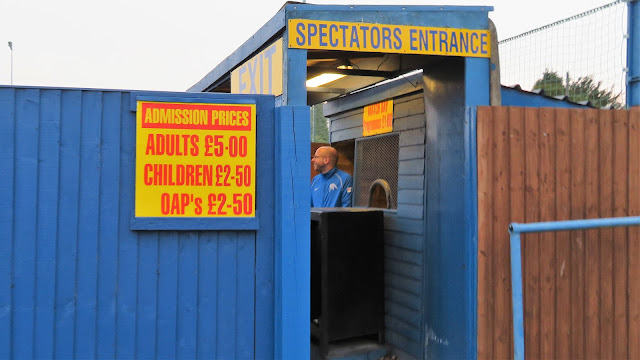 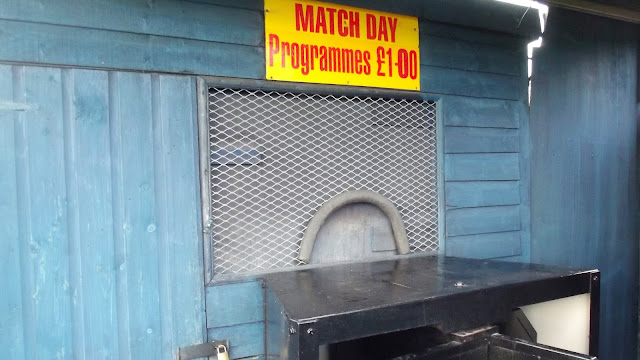 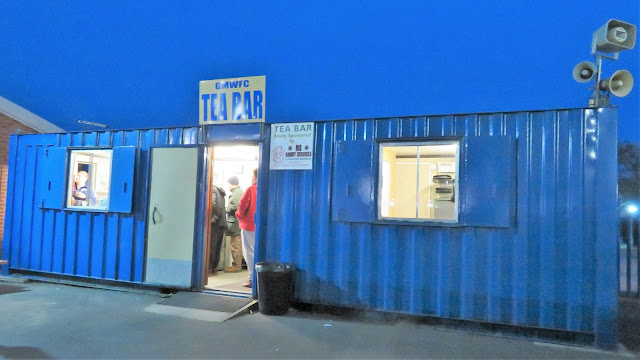 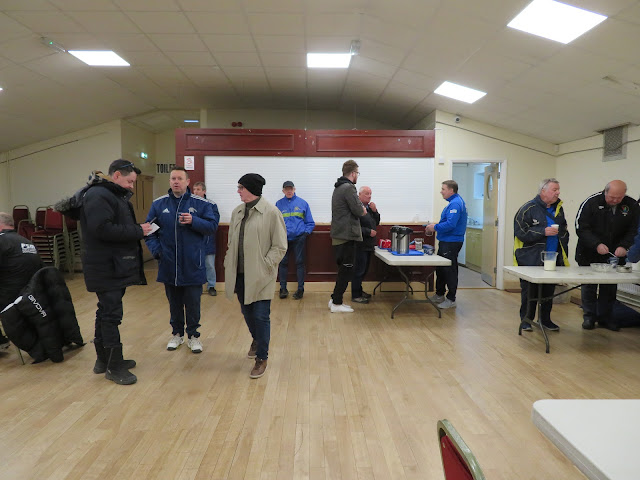 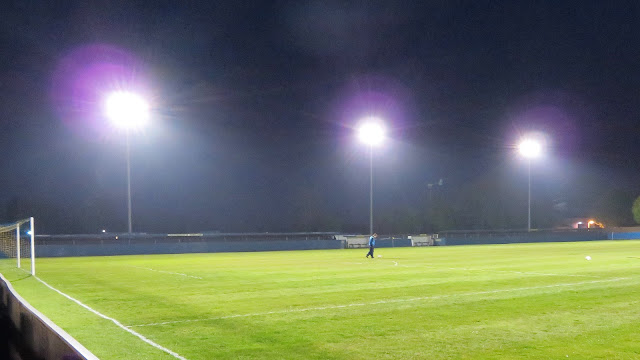 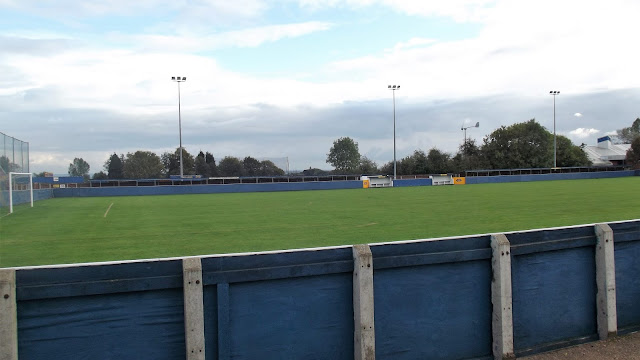 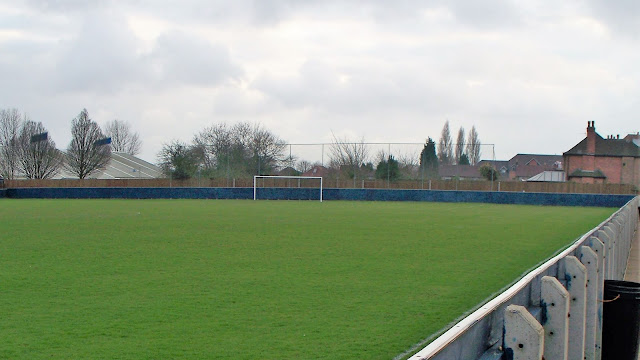 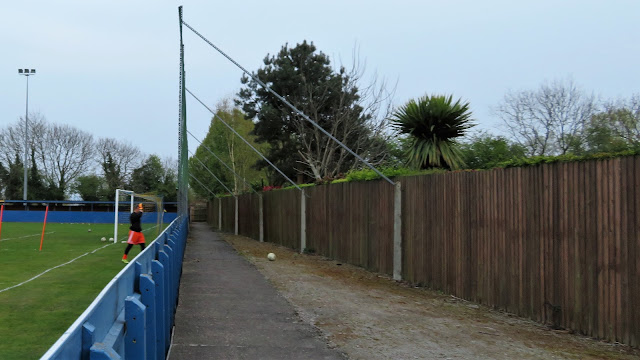 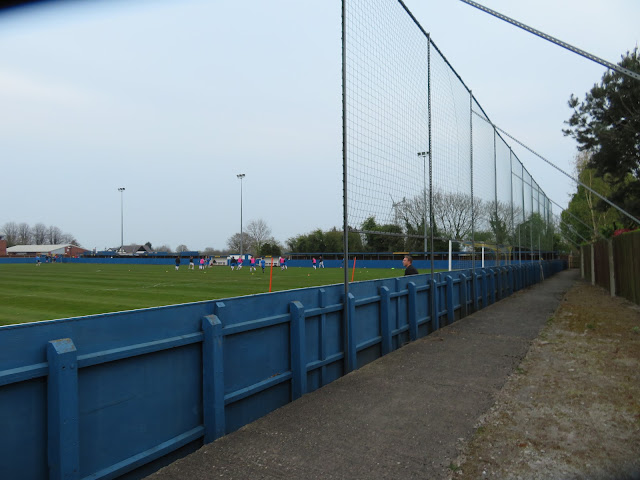 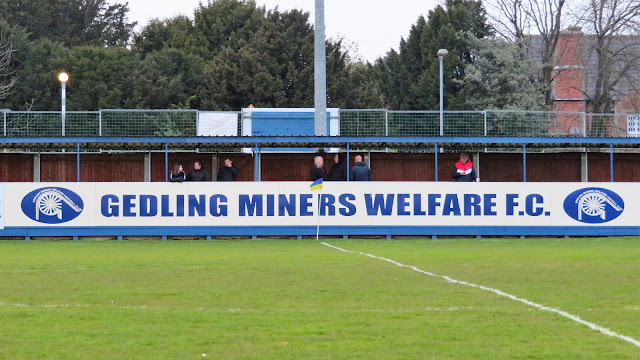 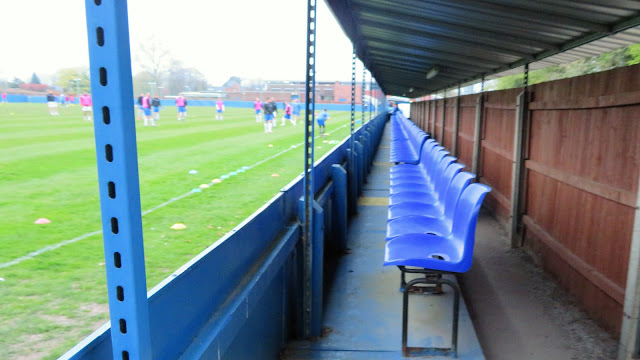 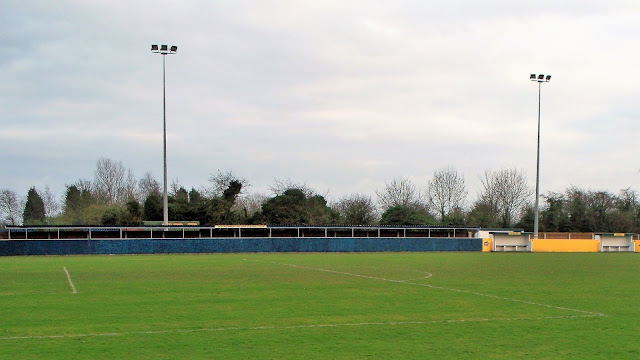 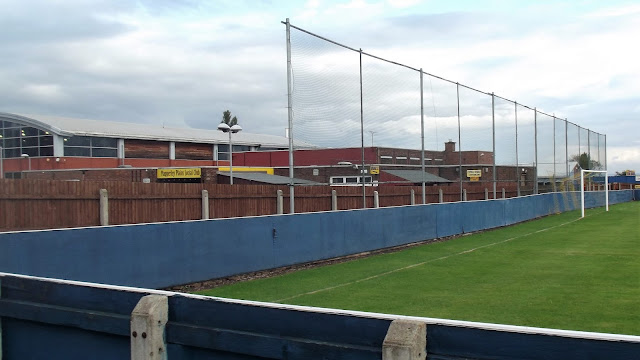 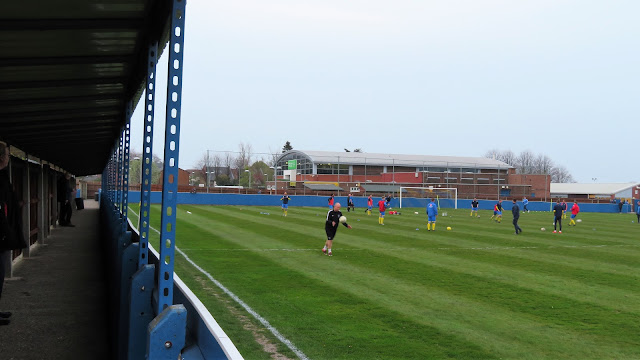