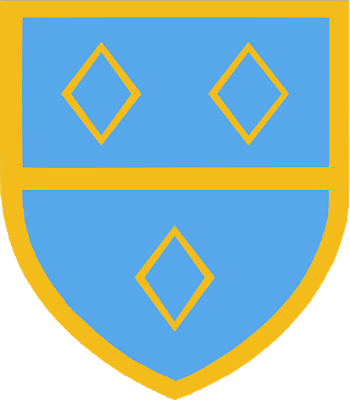 1:  The pronunciation of the town often confuses people, who pronounce it phonetically. However it is actually pronounced 'Cook-No'

3:  The club joined the United Counties League in 1985, starting in its second tier.  They were promoted in their second season, finishing in 2nd place behind Baker Perkins.

4:  Since 1987, Cogenhoe United have been in the United Counties League. Impressively they have never been relegated and have only finished in the bottom half of the table twice in that period. Their finest season came in 2004 as they were crowned champions.

5:  The club has competed in the FA Cup in every season since 1994/95. Their most impressive run came in 2005 when they reached the 3rd Qualifying Round. After an impressive 1-1 draw in Staffordshire, they bought the game home and lost 4-3 in an enthralling encounter. Chasetown went on to reach the 3rd Round that year - beating Port Vale before losing to Championship side Cardiff City.

7:  The club moved to Compton Park in 1985. The first competitive match was on 17th August as they lost to Mirlees Blackstone. Prior to that Ron Atkinson bought his then Manchester United side to officially open the ground

8:  Cogenhoe United have produced several players through their youth team. The most notable was Darren Bazely who went on to have a successful football league career with Watford, Wolves & Walsall.

9:  The record attendance at Compton Park came in 1990 when over 1000 turned up for a charity game against an Eastenders XI.

After Anwar informed me he would be busy again , I knew I’d be on my own for this groundhop. Initially I tried to pick something down south, with my choice being the local derby between Three Bridges & Crawley Town. That was the plan for a few days anyway, until I was messaged on Twitter by a referee that I know. He offered me to be his guest for Cogenhoe United v Rugby Town as he was officiating the game. As I had an expensive week coming up, I decided to accept his kind offer as it was around the same mileage and I’d not have to fork out for a ticket.

On the day of the game I awoke after a good night’s sleep at 8am. After having breakfast I completed my most important task of the day - booking a ticket for Hearts v Birkirkara in the Europa League the following week. Then it was on to securing a hotel for the night. As I needed parking, my choices were very limited unless I wanted to spend a load of money. Therefore I had to compromise and book something that had mainly poor reviews on Trip Advisor, though my hope was that the recent improvement in ratings was a result of the hotel addressing issues as the last ‘Terrible’ review came for a stay in December. I was a bit annoyed that after more research I could have got the new phone I ordered for around a tenner cheaper after looking on another site, and rain prevented me from doing my weekly walk down town. However I was in a decent mood on my day off, knowing that only 2 more days of work were to be done before my 9 days off. It had been pretty brutal for around a month now with me having to stay on to complete the work every day. 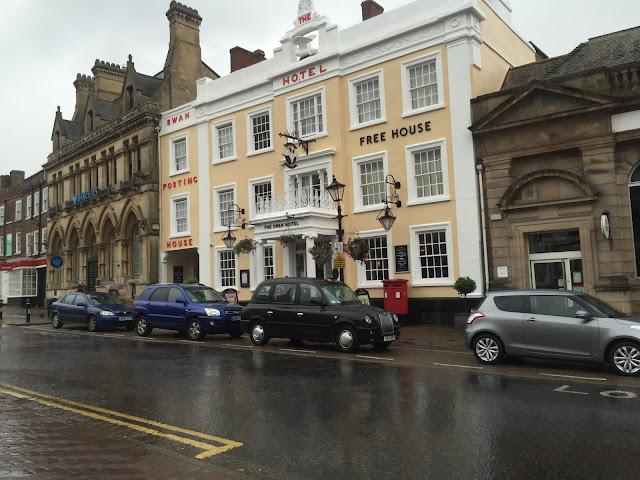 I still managed to get down town however, going with my Dad in the car. I got some drinks and crisps for later but still managed to get completely soaked in my short time out in the open. I can home and had lunch before spending the afternoon doing some research for tonight’s blog. I left home at 4.30 and thanks to the traffic being kind I was in Leighton Buzzard an hour later. My plan was to park in Tesco and visit the town's Wetherspoons, the Swan Hotel to continue my quest to try every cider in the festival. It went to plan with me reaching the halfway mark thanks to having a pint of Venton's Apple Vice which was one of the better ones I've had. To soak it all up I has Sausage Roll, beans and chips for a very reasonable £3.99. As it was for my other hobby of trying cider, this was not being added to my footy costs for the season, which did my budget no harm at all. I was glad I'd bought my waterproof jacket as it was tipping down and was pleased I also had a spare pair of shoes in my boot. I did however have to buy some socks in Tesco as mine were soaked through and I also picked up some other bits while I was in there.

I left just before 6.30 and made good time again, getting to Cogenhoe at 7.10. The first bit of news came from Wycombe's friendly in France where new signing Adebayo Akinfenwa had been sent off half an hour into his debut for being involved in a tussle. I met my refereeing friend Wayne who got me into the ground as his guest before going off to get ready for the game. I caught up online while waiting for the game to start. The match itself was an entertaining affair with visitors Rugby fielding a strong first half side. They took the lead on 3 minutes thanks to Louis Hamilton's low diagonal shot from the edge of the area. They continued to have the better of the half but made a host of changes at the break. This bought hosts Cogenhoe back into the game and they got their equaliser around the hour after Ryan Ansell turned in a  low cross from close range. They could have won it too but spurned a couple of gilt edged chances. 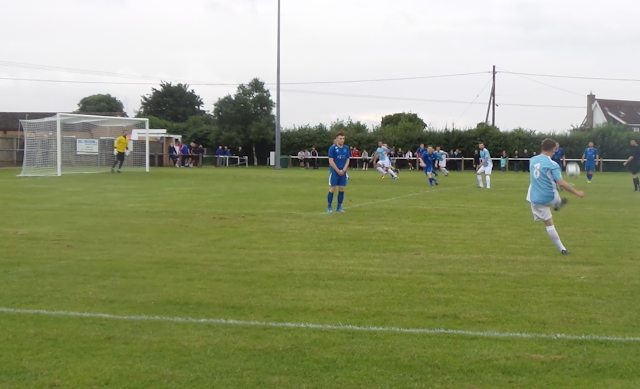 It had been a good evening and an entertaining game. I said goodbye to Wayne and made my way home. I was happy with Wycombe's 1-1 draw in France against second tier side Le Havre. The shock of the evening came in Gibraltar as Lincoln Red Imps defeated Celtic 1-0 and that will certainly make next week's game very interesting and I'm even more chuffed I managed to sort a ticket now. Apart from part of the A509 being closed and having to follow a diversion it was a good journey home and I was back inside just after 11. I watched TV for a while before going to bed around midnight.

COMPTON PARK is a smart and tidy venue in the middle of the countryside. I am unsure of nearby amenities as I can in through what appeared to be the 'back route' and didn't see much around, though I do know the village is nearby. There was a well stocked bar when I went, though I didn't see any signs of food or merchandise, but then again it was a low-key friendly. The car park gets full pretty quickly, but clears equally rapidly at the end so you won't have a delayed exit.

The ground itself is very well kept and as you would expect is mainly open. The standard metal type stands are provided, though the seated area is better than most with windshields on the side and a capacity of around 250. There is a smaller standing area which could probably fit in 100 under cover, while the capacity overall is around 2000.  I enjoyed my trip here, everyone was nice and friendly and a saw a decent game played in the right spirit. 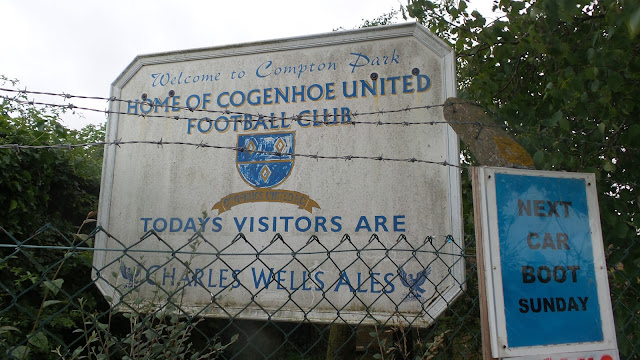 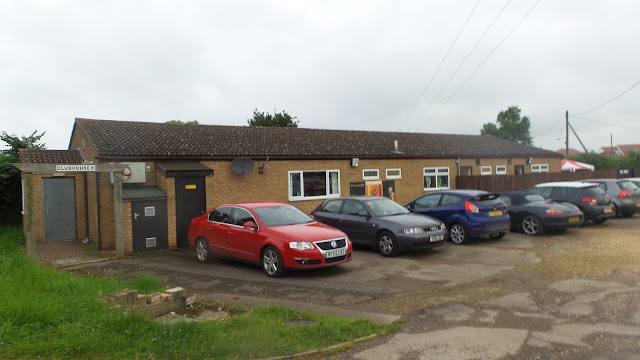 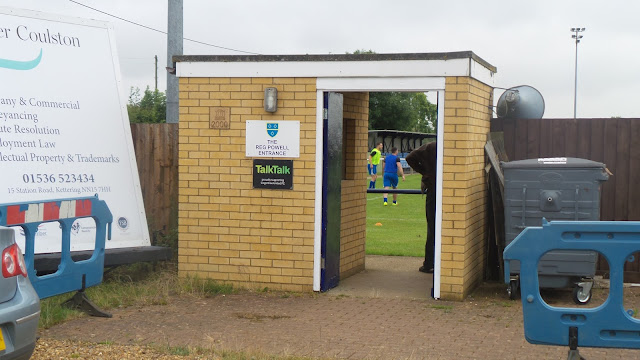 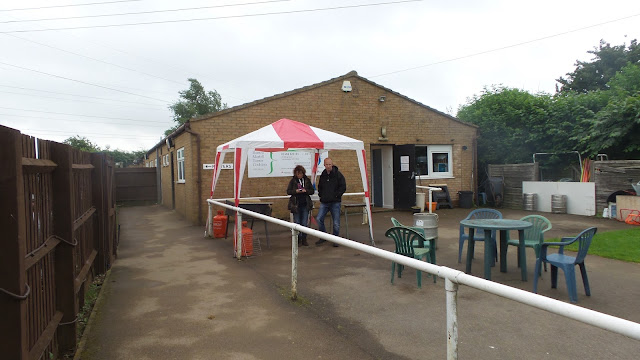 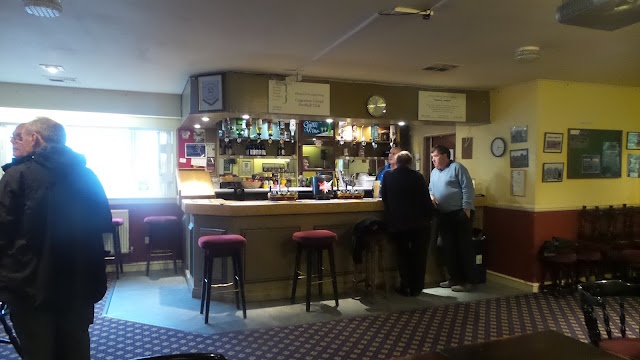 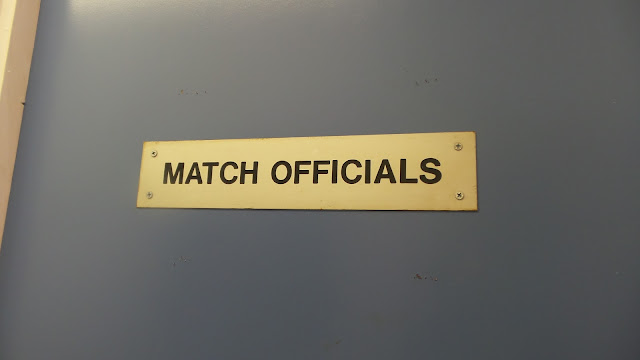 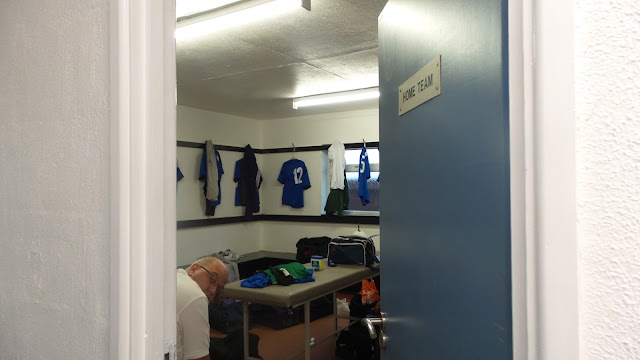 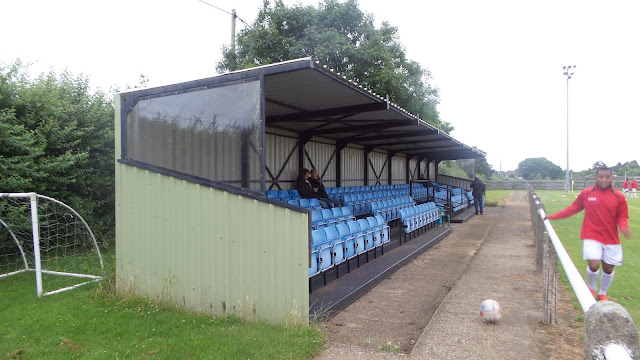 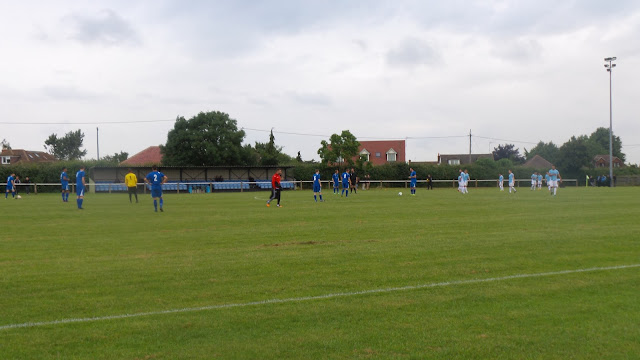 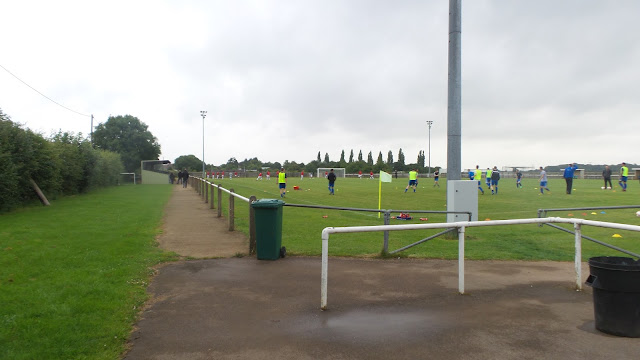 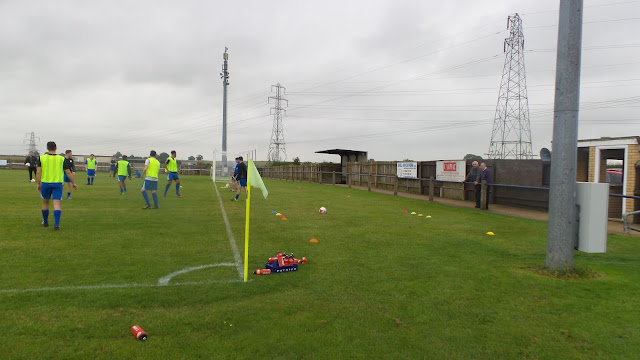 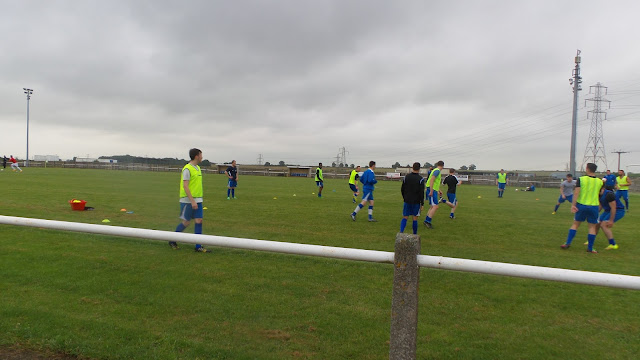 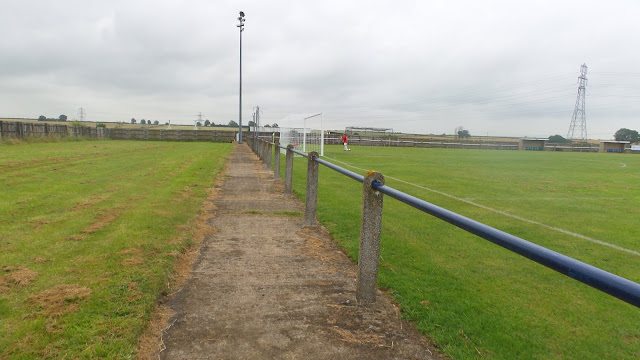 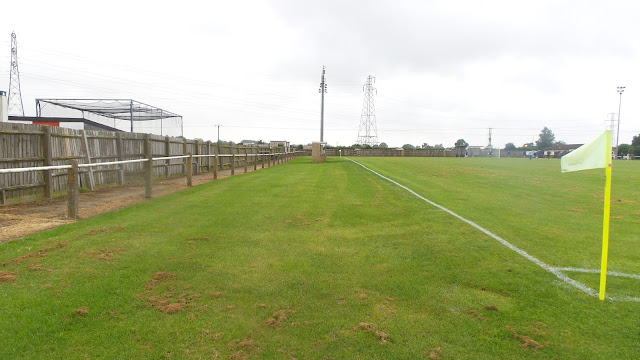 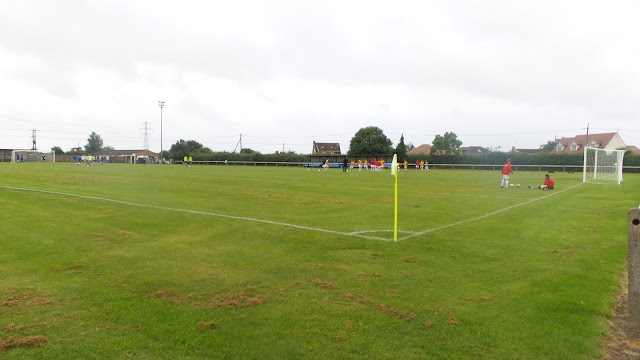