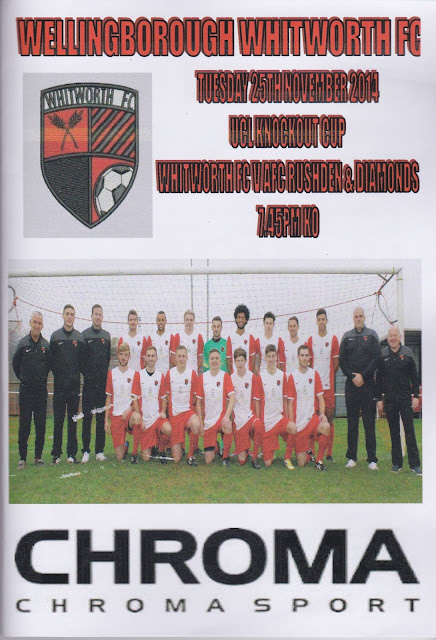 WELLINGBOROUGH WHITWORTH FC was founded in 1973 as Whitworths FC, taking their name from the local flour factory, hence the nickname of the Flourmen. They had done well in the East Midlands Alliance and with the ground improvements needed in place, they moved up to the United Counties League Division 1 in 1985. They have remained there ever since, winning the league in 2007, but not taking promotion. In their only outing in the FA Cup, they lost 5-1 to Peterborough Northern Star and they have lost every single FA Vase game they have played in. Currently, former Blackpool & Rochdale defender Tommy Jaszczun is assistant manager and plays for the team. They had a record attendance of 1150 when they played local rivals (virtually next door) Wellingborough Town on Christmas Eve 2005, as the 2 met in a league clash. They had been around the top places in the United Counties League Division 1 all season and sat in 4th place.

Happily, I would have Anwar back in the passenger seat for tonight's game, after a few games absence due to various reasons. We were both looking for something local and fairly inexpensive due to spending quite a lot recently. Initially, we were split between 2 choices - Olney Town v Northampton Spencer or Northampton Sileby Rangers v Thurnby Nirvana. We agreed on the latter and were all set to go there. That was until I was checking Twitter to see the state of play regarding matches going ahead due to the rain that we had been having. Both of the clubs Twitter feeds had not been updated for a couple of days and so I checked the United Counties League Twitter account. That was where I spotted the very local derby between Wellingborough Whitworths and AFC Rushden & Diamonds, with the home sides ground being right next door to Wellingborough Town FC, where Rushden currently share. I had seen both teams play before - last season I saw AFC Rushden defeat Newport Pagnell Town at home, and earlier this season I saw Whitworths draw 0-0 away at Raunds.

I had the day off as usual as it was a Tuesday, but I still did a couple of bits of work. I had some casual jobs down town which netted me £15 for an hours work and I got a bit of shopping down there too. I caught up on my blog in the afternoon when I had time, and it was then that I noticed a problem. For a very long time now, I had used Facebook as my photo host, and that had worked like a charm up until now. It gave me that chance to show off photos to my friends, and also a convenient storage space for them. It had worked fine for ages until I looked today. I am guessing that Facebook must have changed the URL of some of my pictures, as checking on some of my old blogs, there were lots of dead links where pictures were meant to be. I guess I will sort the problem out for the existing blogs in future, but from now on I will be choosing a more reliable place to host my photos. Flickr seems favourite with its large amount of free storage space, but it sure as hell won't be as convenient as having them on Facebook, plus I am not really looking forward to having to recheck all my old blogs. In any case, that could wait for another time. I spent the rest of the afternoon watching TV and having a bit of dinner before leaving at 5PM. I got to Aylesbury later than expected at 5.45, thanks to slow traffic on the way. Luckily Anwar was there waiting for me and we were on our way. Though it was very slow getting out of Aylesbury we were soon on our way and we made good time once the road opened up. I have a brilliant free sat nav app called Waze and it redirected us cross country when there was heavy traffic on our normal route. By 7.10 we were there and after parking on the main road, we made our way in. It was most unusual not to see a barrage of double yellow lines and from the impression, I get Wellingborough is a pretty car-friendly place, unlike the rest of the UK. 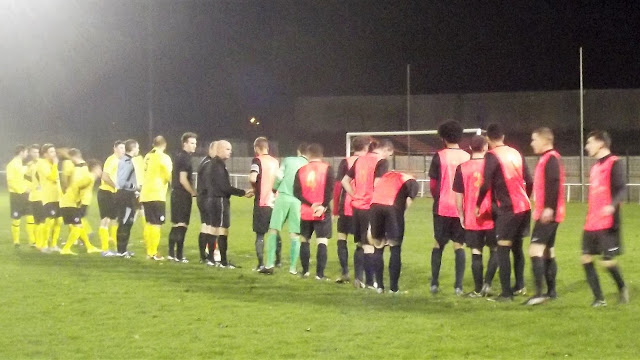 We went into the ground, paying a very reasonable £4 for entry, plus £1 for a thick programme. As it was raining, we got some pictures of the ground before taking shelter along the side. I typed my blog and checked Facebook while I waited for the game to start. It started off with Whitworth having the best of the opening 5 minutes but the visitors soon took control. They missed a couple of easy chances and were well on top. They were made to pay when the home side opened the scoring on 20 minutes - a cool finish after an excellent run by Cavell Jarvis made this possible. It was end to end stuff from then on and on the half-hour mark, the Whitworth keeper was hurt when he made a brave save to deny Rushden an equaliser. Happily, he carried on but still looked like he was carrying an injury. The visitors got their equaliser on 40 minutes, a cracking header that smashed in off the bar. The only problem was that it was an own goal by Jonny Hazell. Whitworth hit the bar and had the ball in the net at the right end after a minute but the linesman flagged for offside. Rushden were ahead just before half-time as a corner was headed in by Adam Confue, the keeper looking to be hampered by the earlier injury as he missed the cross. Rushden started the second half the brightest and smacked the bar with a shot within the opening 5 minutes. They had one cleared off the line within a minute of that too as they really applied the pressure. They then missed a sitter, with the striker ballooning the ball over the bar from a simple shot. They were nearly made to pay when Whitworth broke, caused mayhem in the box and had one cleared off the line. The game was getting quite heated by now and punches were thrown. The referee only booked the offender and a Rushden player said he would 'see you after the game' to a Whitworth fan who gave him stick. Whitworth then had a man sent off as he bought down the last man. From the resulting free-kick the keeper was forced into a good save but an equaliser remained possible for the hosts. To be honest, Rushden should have had a hatful but they were exceptionally wasteful in front of goal. In the end, they had to settle for a 2-1 win in what was an entertaining and feisty local derby. After the game, I said my goodbyes to Jim, a fellow groundhopper and a couple of Rushden fans that we had been talking to. We got away fairly swiftly and had a quick journey home apart from a couple of slow drivers on the single carriageways. I dropped Anwar off in Aylesbury at 10.45, getting home myself at 11.10. I had a quick look on the internet before watching TV in bed and going to sleep shortly after midnight. 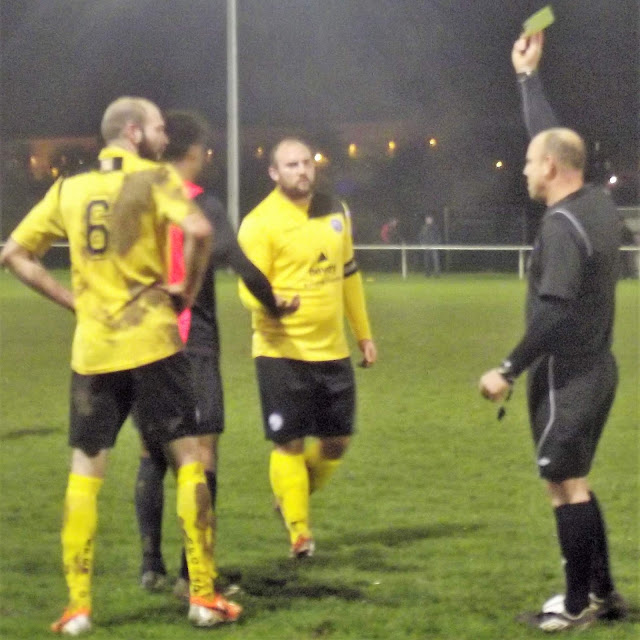 VICTORIA MILL is a great ground for step 6. There is a seated stand behind the goal as you come in, that holds around 100. There is over behind one goal, and along one side, these fairly small areas probably hold around 300. The rest of the ground is open. There is a smart new clubhouse that also houses the tea bar, that has only been recently built following an arson attack on the old one. This ground is well worth a visit and offered a great value night out for me. 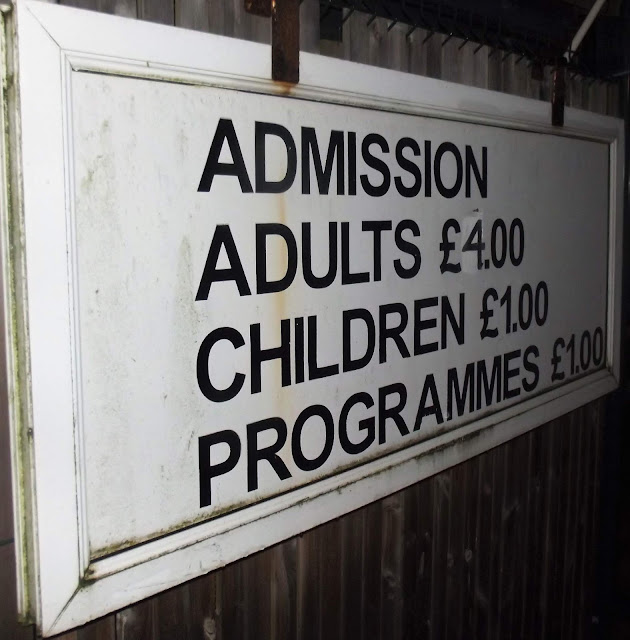 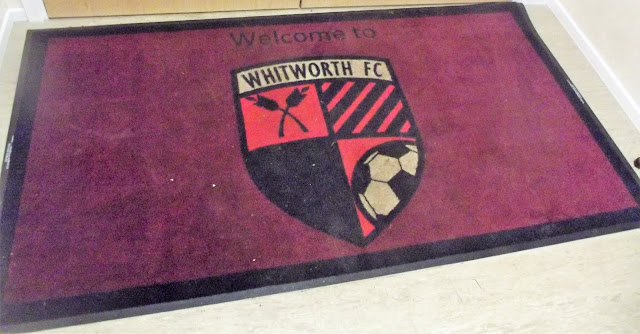 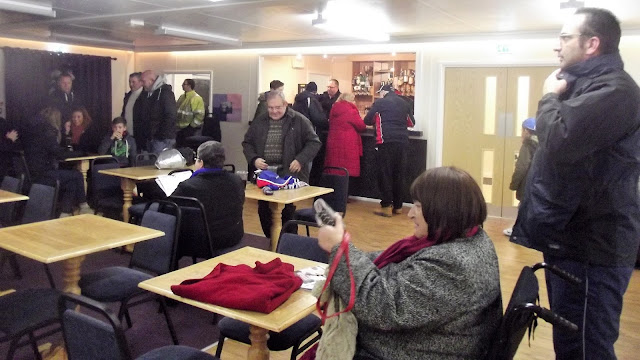 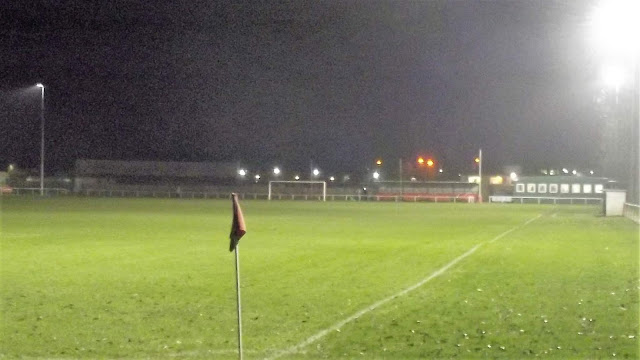 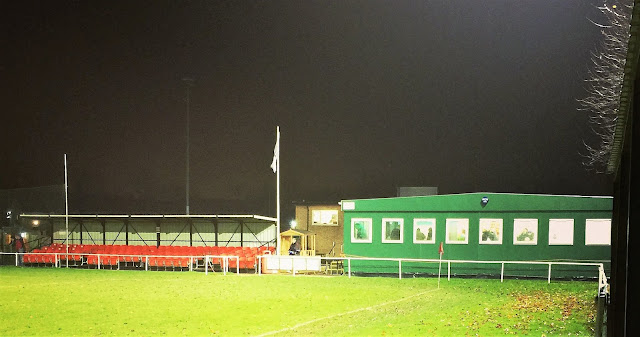 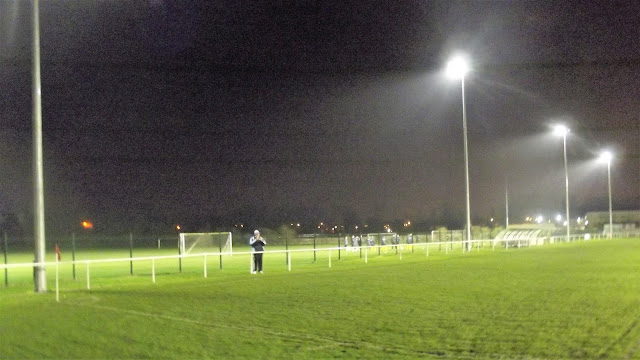 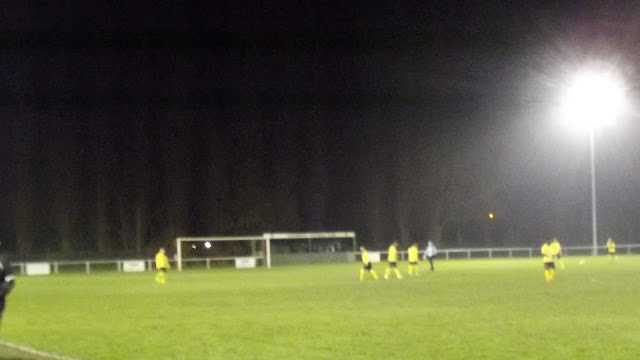 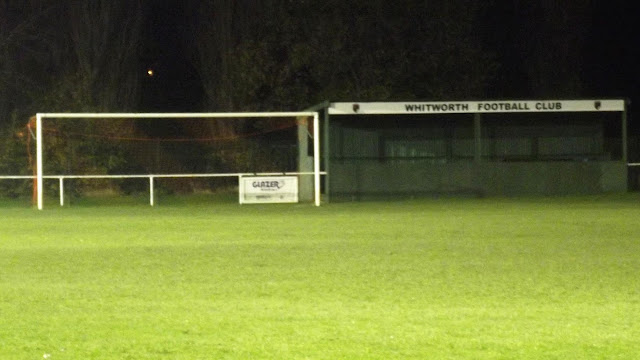 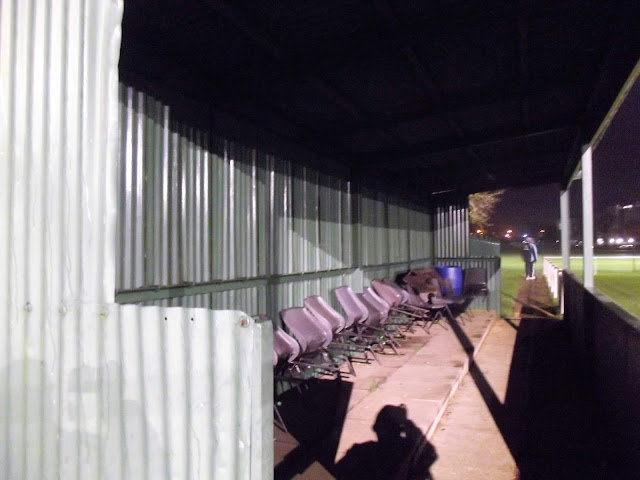 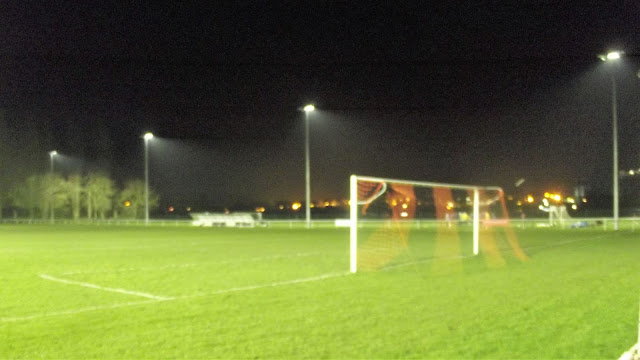 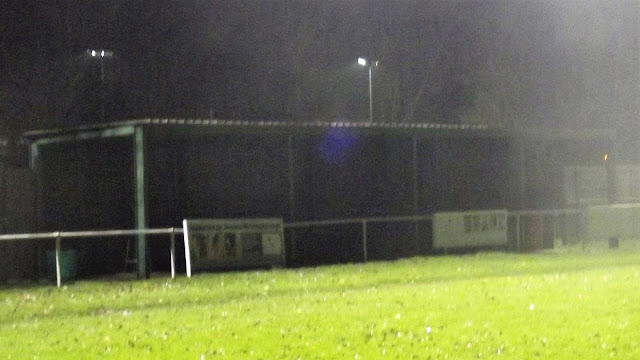