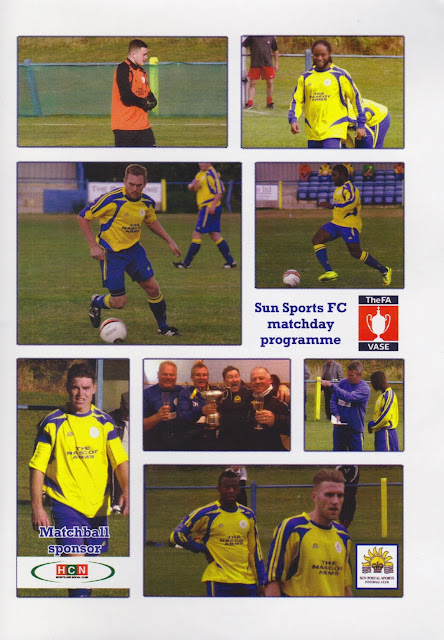 SUN POSTAL SPORTS were founded in 1901. After playing in local leagues for around the first 100 years of their history, they joined the Spartan South Midlands League Division 1 in 2003 after twice finishing runners-up to Oxhey Jets, another local side from Watford who were also promoted. They found life tricky at first, but last season had a change in fortunes as they were crowned champions and promoted to the Premier Division. The club was already breaking records being in the 2nd Round of the FA Vase as they had only reached the previous round in past seasons. They were yet to enter the FA Cup, but looking on their website, it appeared that they were trying for promotion to the Southern League, having paid to have a ground grading inspection. 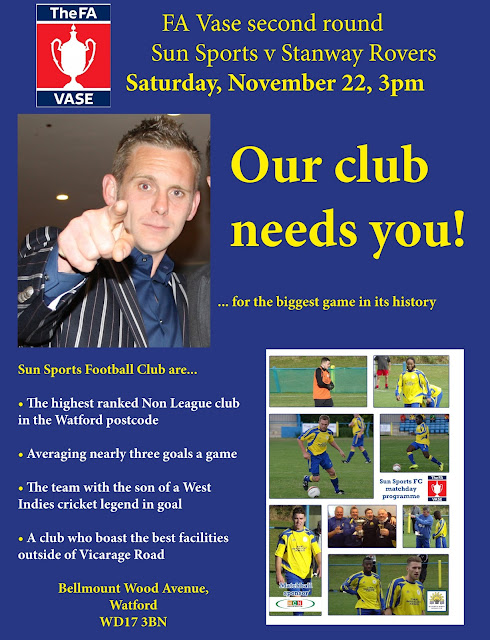 I would be on my own again for this Saturday, and also for the Worksop Town v Ellistown & Ibstock game tomorrow. So I needed something local and cheap. Wycombe were up at Cheltenham and that would have been under my consideration had they not been charging £21 for away fans while charging £10 for their own supporters. The ideal game came up in the FA Vase in Sun Postal Sports v Stanway Rovers. I had been to a game in all 3 rounds of the Vase so far, in fact, this would be my 6th game in the competition. It would also complete the Spartan South Midlands Premier Division for me, and I had been aiming to do that ever since my penultimate one at Colney Heath around a month ago. It also ticked all the boxes cost wise - being less than 18 miles and little over half an hour from home, meaning I could have lunch at home to save even more. 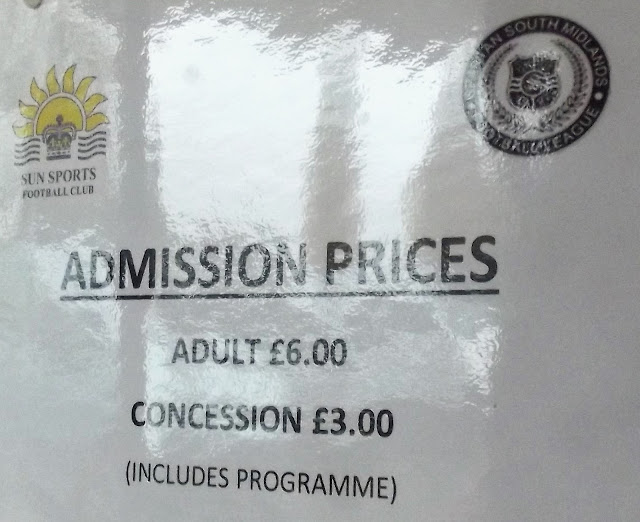 On the day of the game, I was slightly concerned that the game might be off due to the rain forecast, so I was keeping a close eye on twitter for any news. I was also hoping to get some tickets to go and see Dave Gorman at the Alban Arena in St Albans in the evening. I only found out about the gig last night on the off chance, after wondering where he going to be at. The website said sold out, so I had a look on twitter to see if anyone was selling any spares, and I found someone who was giving them away for free, and around lunchtime, I had confirmation that they were available. I had a lunch of Kung Po chicken before leaving at 1.30. The journey there had plenty of traffic and even though it was one of my shortest journeys of the season, there was still 15 minutes delay and I got there just after 2.20. I took some pictures of the outside before going in the bar, paying for my entry and programme and reading it over a pint of Aspalls which was a very reasonable £3. With around 15 minutes to go, I drank up and went outside to the game, taking some pictures and taking my place under cover before kick off. 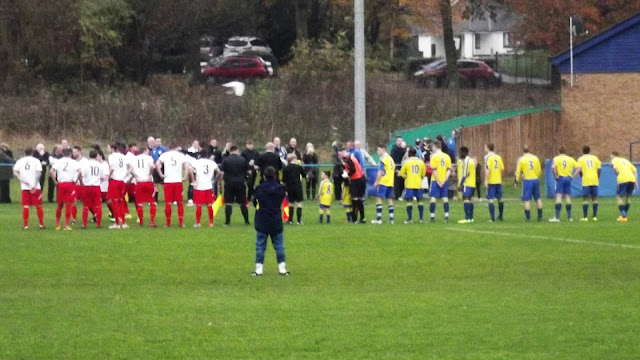 There were chances for both sides early on, but nothing really convincing. The first real incident of note came on 26 minutes when Stanway's number 6 was sent off, apparently for violent conduct. It seemed a tad harsh and I heard others say it should have been just a booking. From then on both sides forced good saves out of the keepers and Sun Sports even had a goal ruled out for offside on 35 minutes. The visitors took the lead on 40 minutes through a disputed penalty. It looked outside the area but was given. Despite the Sun Sports keeper guessing the right way, the spot kick still found its way into the corner to give Stanway the lead. That was the situation at the halftime break and for the first 10 minutes of the second half, the visitors looked as if they might extend their lead. Gradually Sun Sports started to make their man advantage show with a number of chances, even hitting the bar on 70 minutes. Try as they might though, the equaliser wouldn't come and the Eastern Counties League held on to progress to the next round of the Vase. 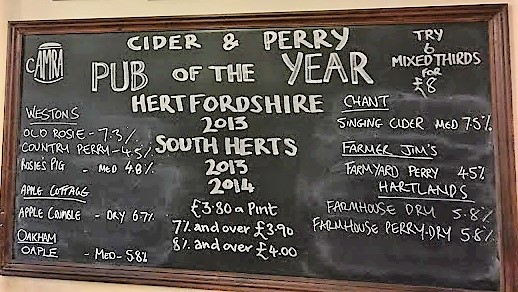 I was overjoyed to hear that Wycombe had a brilliant 4-1 win at Cheltenham, just what we needed after Monday's defeat at home to Burton. There were mixed results for my footballing friends and there were various moods over Facebook. After the game, I went over to Wheathampstead to pick up my tickets. After stopping for petrol I went to an excellent pub called The Mermaid which was cider pub of the year for the second time running, so naturally, I filled my boots, legally, of course, driving wise. After a few halves, I started to look for food, hoping for something substantial and unhealthy. In the end, I had to make do with a foot long sub from Subway which was very nice. I went and got some soft drinks for the show, and made my way to the theatre which was a couple of minutes walk away. The show itself was excellent, as you would expect from Dave Gorman, with his funny stories and easy going style. After the show I made my way home, getting in at 11.40 and chilling for an hour before going to sleep. 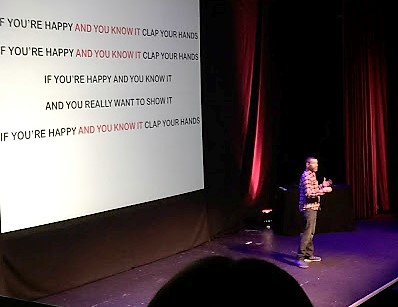 SUN POSTAL SPORTS AND SOCIAL CLUB is one of the more basic grounds at step 5, with just the one stand. It holds around 200, with slightly more standing than sitting, but other than that the ground is open. At least the seats offer a good view and good legroom. The bar at the ground is large, offers a good range of drinks, as well as hot food. The club was nice and friendly, and it was a pleasing way to complete the Spartan South Midlands Premier. 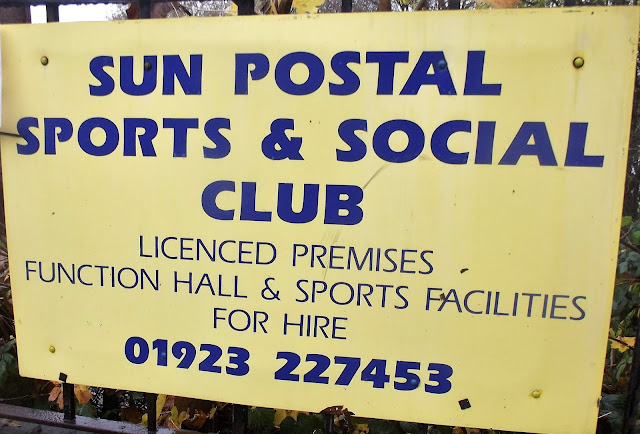 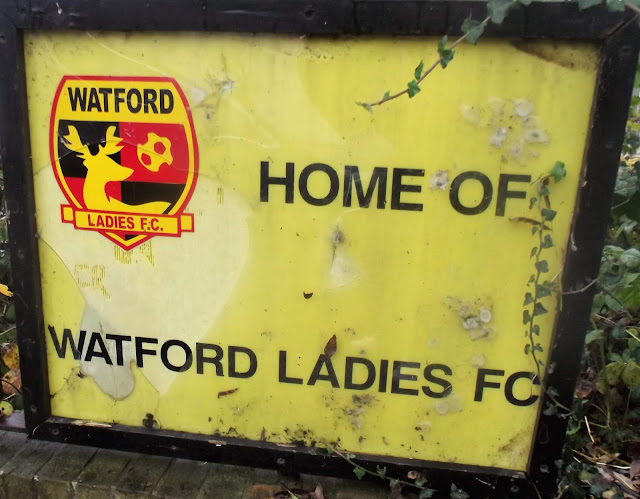 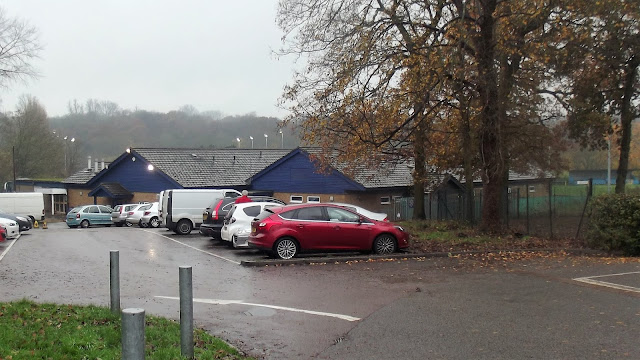 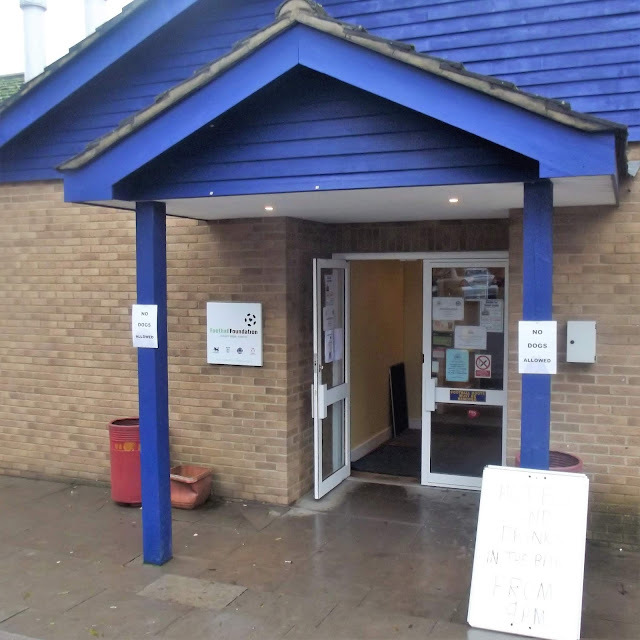 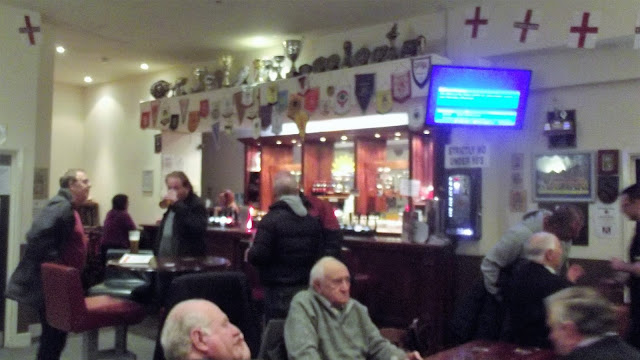 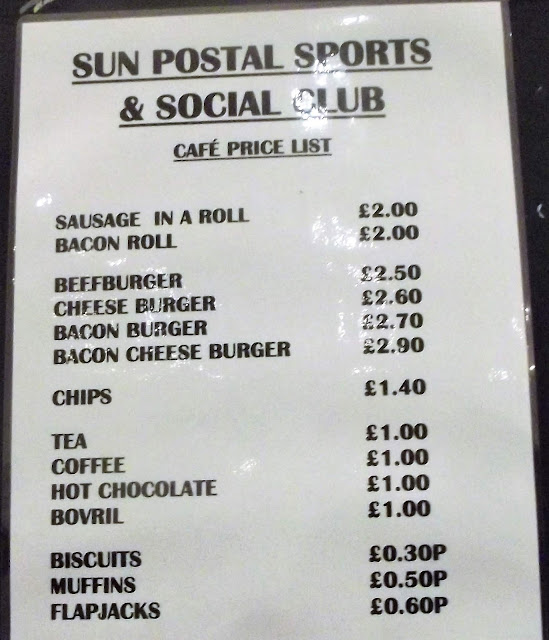 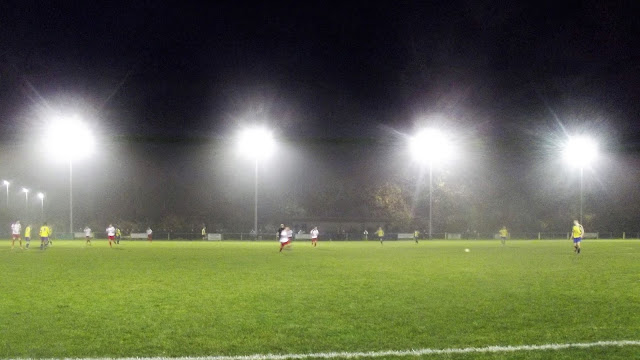 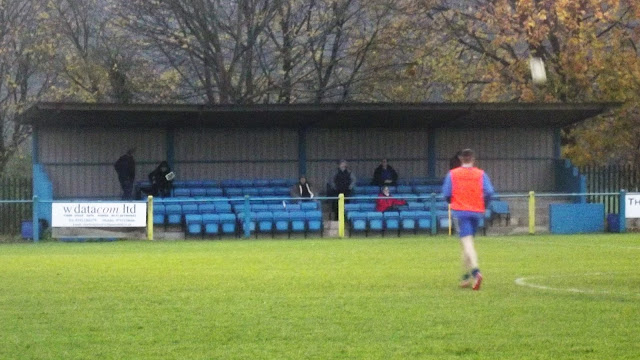 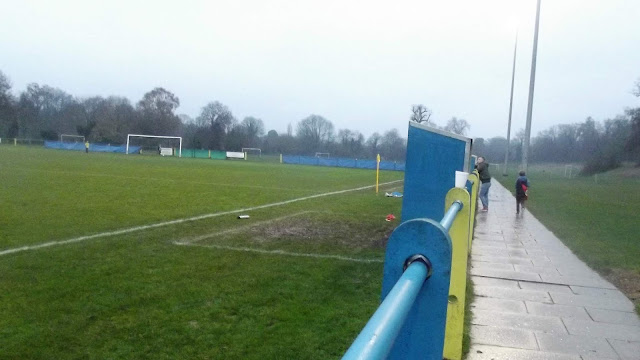 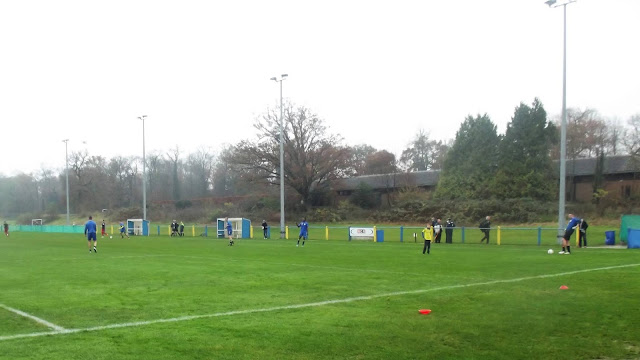 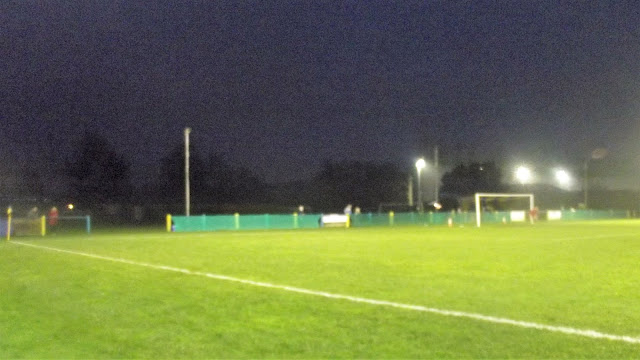