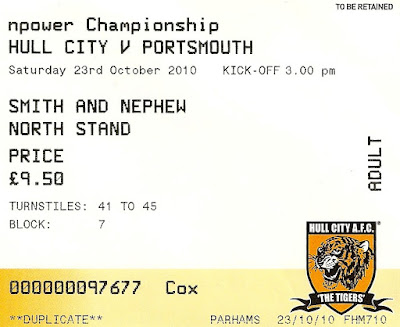 Thanks to the Sun's 2 tickets for £19.50 offer, I was able to do one of my remaining tick offs in the Football League. At the time I was only going for grounds and it left me with just Cardiff to do afterwards. This was before I decided I wanted to see a game at all 92 and before Brighton moved to their new ground. I had arranged to drop my mate Paul off in Rotherham as he was visiting family and going to the Rotherham v Wycombe match at the Don Valley Stadium in Sheffield. I had already done this and didn't fancy doing this athletics stadium again. So I dropped him off and started making my way up the M1, doing my usual trick of visiting grounds to take photos at Parkgate, Goole and North Ferriby before going for a look round Hull City Centre, which was pretty decent. I had decided to leave the car in the centre and take the short walk to the ground as it would work out cheaper than paying for 2 lots of parking. Before I set off I called in at a chippy and had chips with American Chip Spice - utterly delicious and a speciality in these parts. 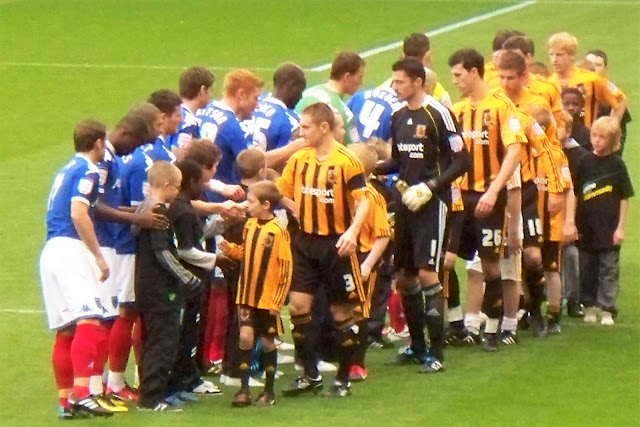 I got to the ground just before 2. I had fancied a pint but saw that the pubs were home fans only, and didn't fancy my chances of getting in when they were playing Portsmouth! I had already sold my other ticket, pre-arranged on a forum, so someone got a nice deal after I collected the tokens in the Sun! But then, disaster struck. I had got my one and only ticket out to see if it would gain me entry to one of the bars, but it didn't. I casually put it back in my pocket, obviously not properly as when I got to the turnstile it was not there. I'd have been gutted if I had made my way up there and not been able to get in, or have had to spend out on another ticket. But luckily the ticket office issued me with a reprint and I was able to get in. The previous day, there was minor doubt on whether this game would be played. Portsmouth were in the middle of a financial meltdown and might not have even survived to play the game. As it was, on the day, there were rumours that the game may be Portsmouth's last, thankfully this was not the case. If it had been, it would have been a good send off, with the visitors winning 2-1. Nugent and Halford putting Pompey 2-0 up before Nick Barmby pulled one back for the Tigers.

The KC STADIUM is an excellent new ground and a million miles away from their ramshackle but charming home of Boothferry Park. Indeed the 2 seasons before this the KC was playing host to the likes of Manchester United and Chelsea as the Tigers got into the top division, a feat that would have been impossible had they still been at Boothferry. Eventually, their luck ran out and they found themselves in the Championship. With a capacity of around 30,000, the new ground should serve them well. It is well located, being a short walk from the city centre. 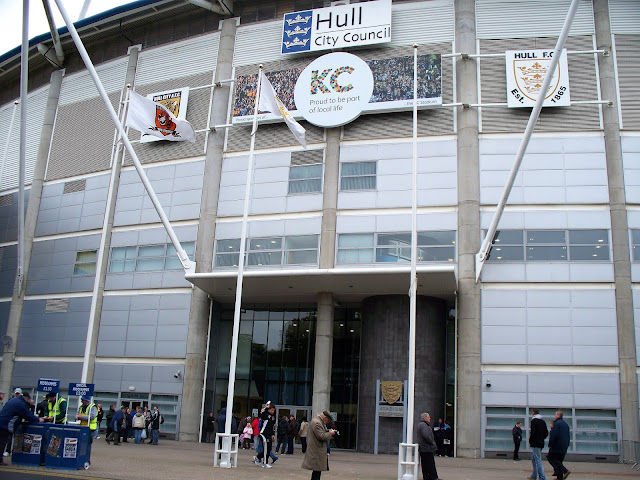 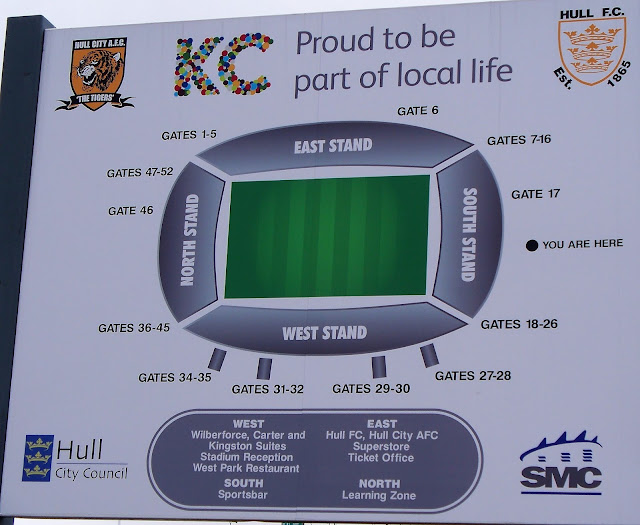 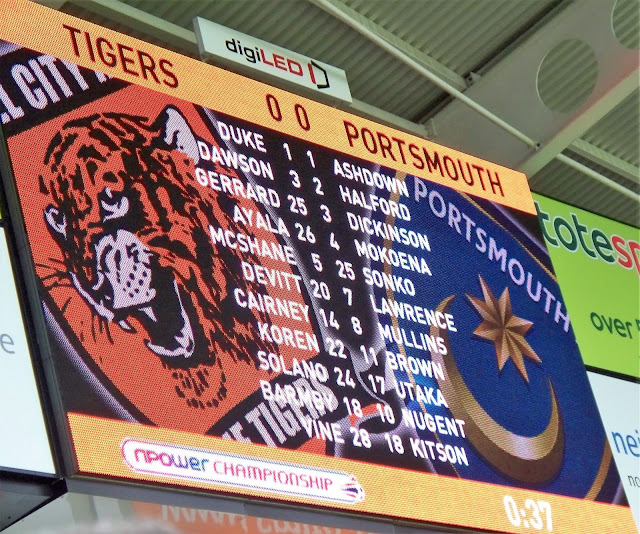 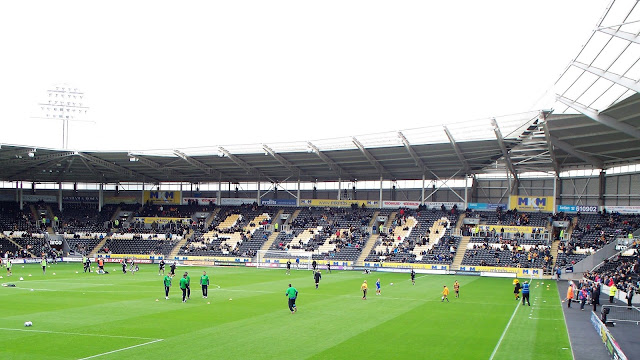 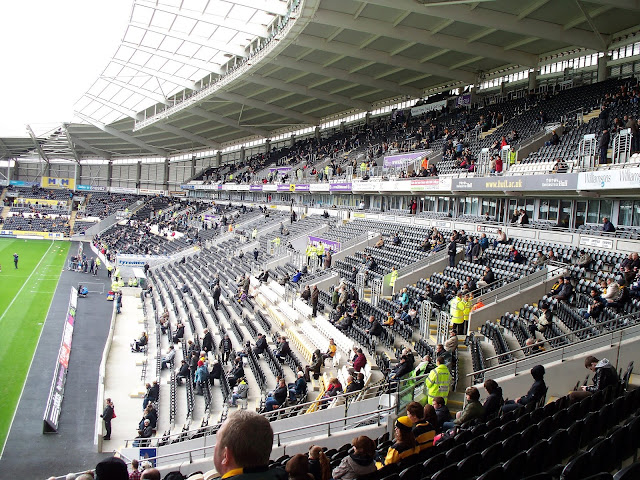 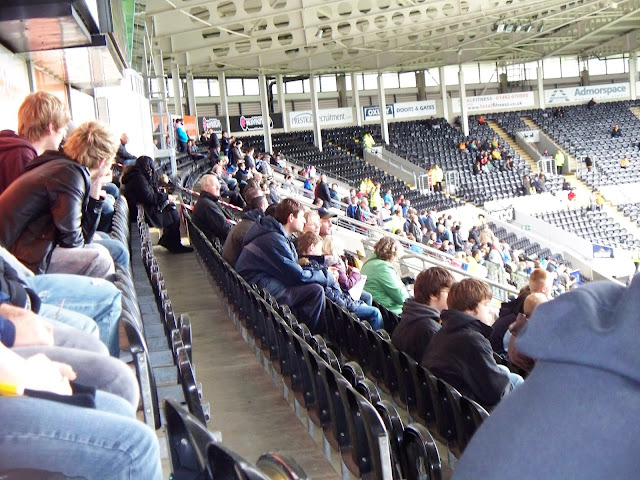