After the Godalming Town v AFC Wimbledon game at 3PM that day I set off for the 6.30PM kick off between Havant and Waterlooville and Real Betis. The game came about after Portsmouth, who were due to play a friendly that day against the Spanish side had to pull out of the game. This was down to a catering truck crashing into their plane, leaving them stranded in the USA, while they waited for their plane to be repaired! I left Godalming in good time and the journey down the A3 was fairly smooth. I stopped off at Horndean FC to take some pictures of their ground, didn't manage to get many decent ones though as it was all locked up. I got to Havant about an hour before kick off and parked up easily in a nearby street. I nipped into their bar for a quick pint and was pleasantly surprised to find that it was lovely and cool, thanks to some good air conditioning. There were a few screens showing Sky and plenty of room – one of the best clubhouses I have been in, even including ones in the Football League. 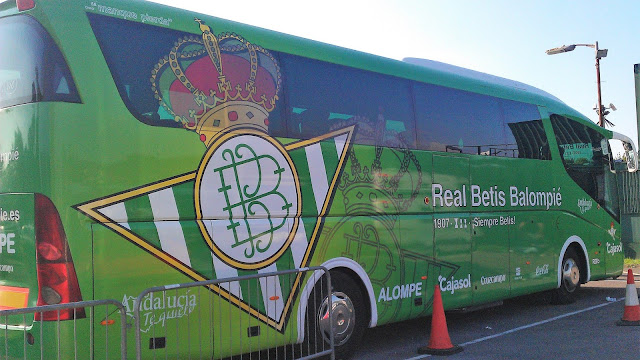 I paid my £10 entry which was decent value for a game like this and went into the ground. Westleigh Park is a very nice ground for this level, 3 sides of covered terracing and a decent sized main stand which offers a good view of the action. I went in the club shop and bought around 10 fanzines and a mini pennant, nice value at £4. The Hawks Superstore, as it is called, is well worth a visit. There are literally thousands of programmes to choose from all at very cheap prices. And a good range of Havant and Waterlooville merchandise too. As they were unable to produce a programme they were taking names and addresses of people so they could send them a team sheet, free of charge. A really nice touch by the club. Also, the ticket that I was issued said the game was v Portsmouth, but at least I got a ticket, better than none at all. The food kiosk also looked impressive, much more choice than I am used to at Adams Park, and cheaper too. Sadly, I didn't get to sample much as the queues were so long! As for the game itself, Betis won easily, though not as much as the 7-0 scoreline suggested. Havant actually started the brightest until Betis scored on 6 minutes. The damage was done in the next 9 minutes as Betis roared into a 4 goal lead. 2 further goals and a last-minute penalty made it unlucky 7 for the Hawks. The scorers were Castro with a hat trick, Molina with 2, Perrera and the penalty. The hosts had a couple more spells where it looked like they may get a consolation goal, but it was not to be. The tannoy announcer made the mistake of saying “Substitution to Sevilla” when they bought some players on, much to the amusement of the crowd, who chanted “You don't know what you're doing!” Overall, a really good day out, lovely friendly club, I'd recommend anyone who has not been, gets themselves down to Westleigh Park sometime soon for a game. 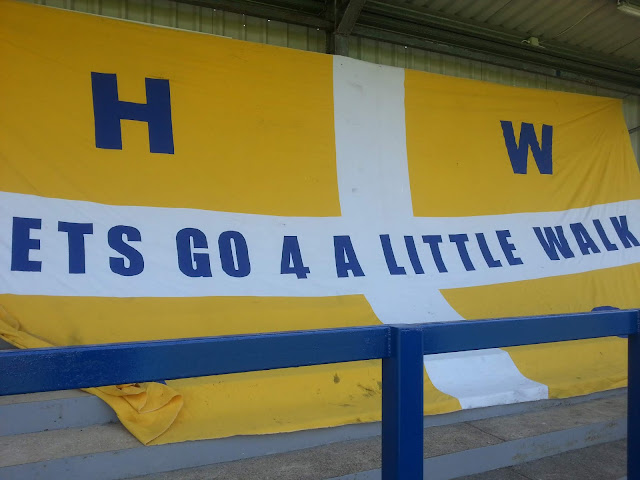 WESTLEIGH PARK is a great ground for their current Conference South status. The whole ground is pretty much fully covered with around 600 seats and a 4,000 capacity overall. The tea bar appeared to have a decent range and the club shop was also excellent with a big selection of old programmes. The bar is also good, air-conditioned with a good range of drinks and credit card payments available if you spend over a fiver. 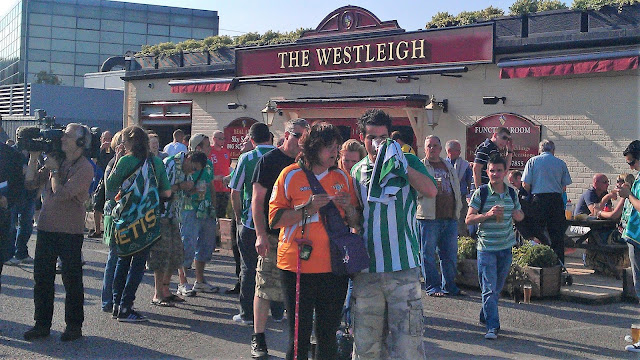 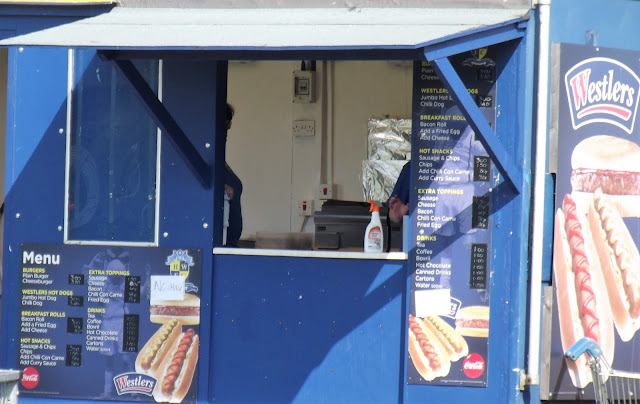 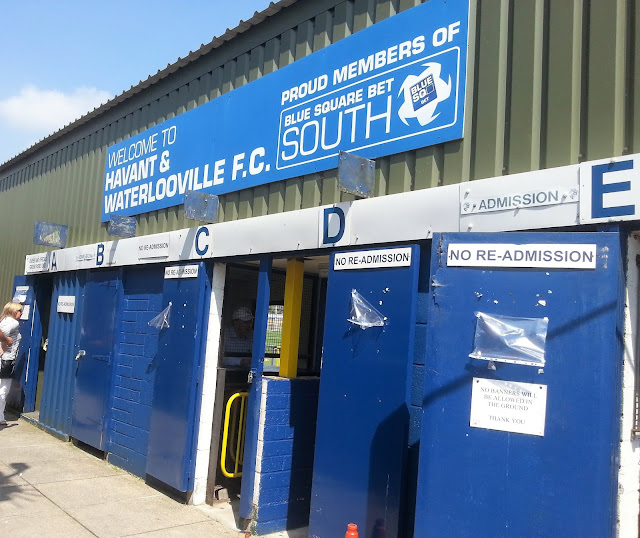 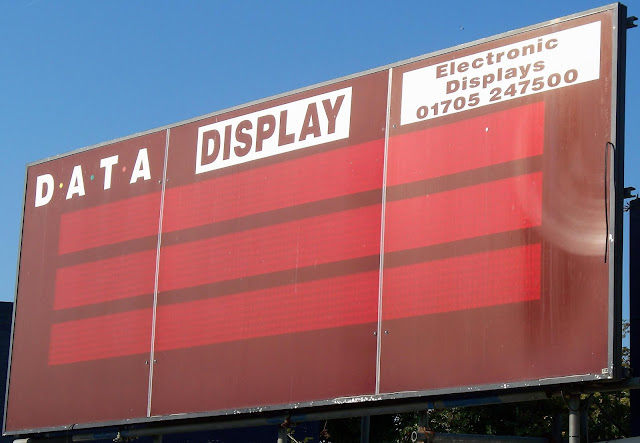 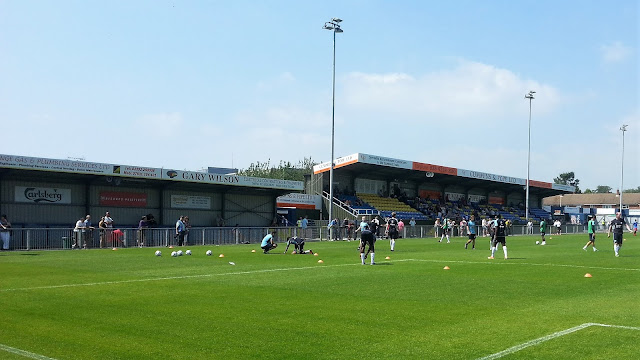 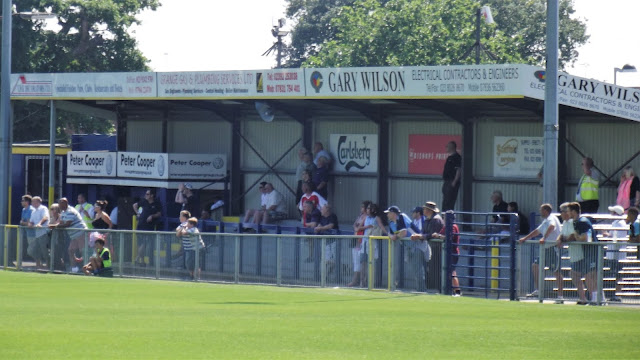 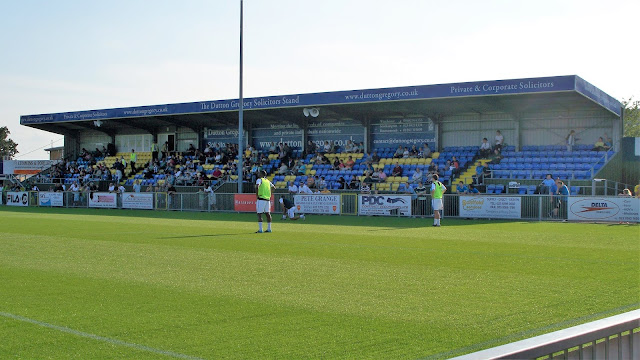 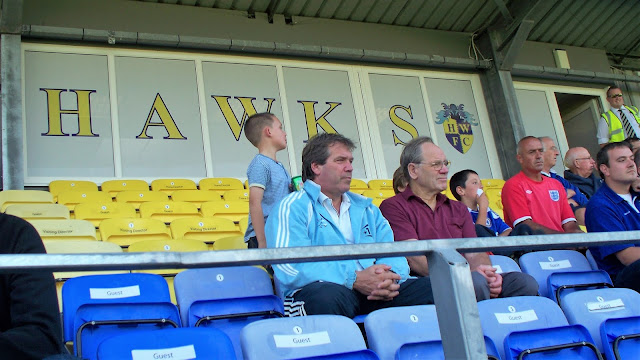 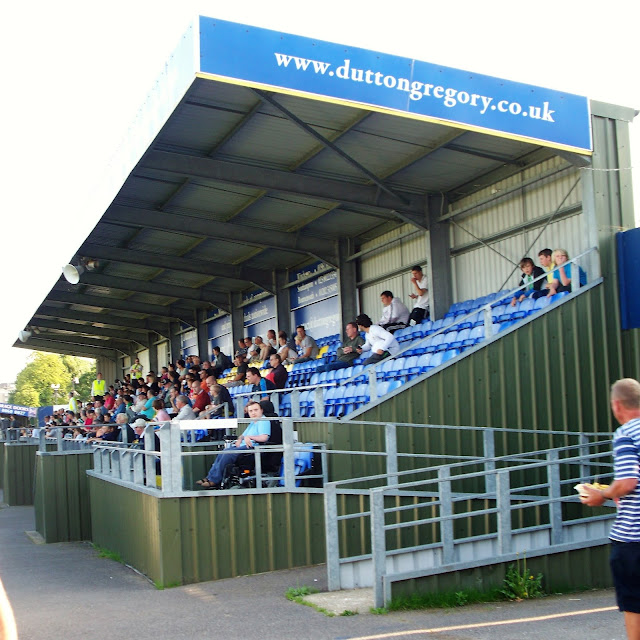 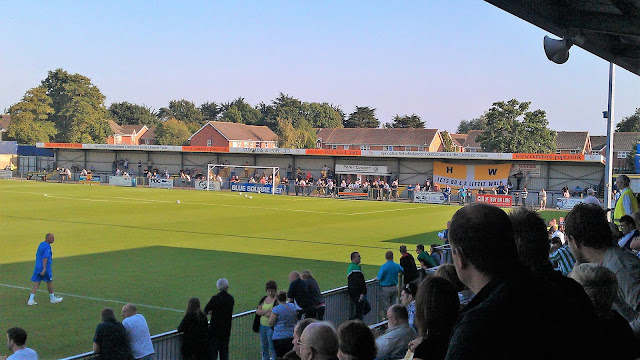 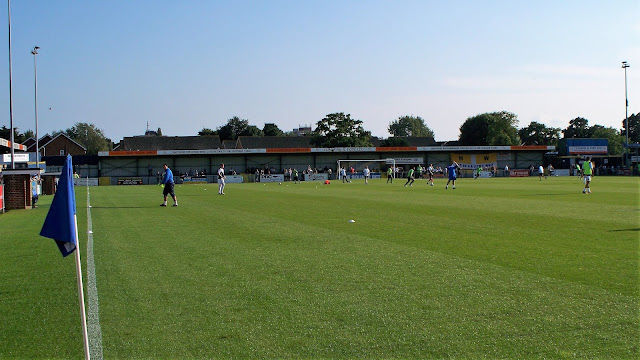 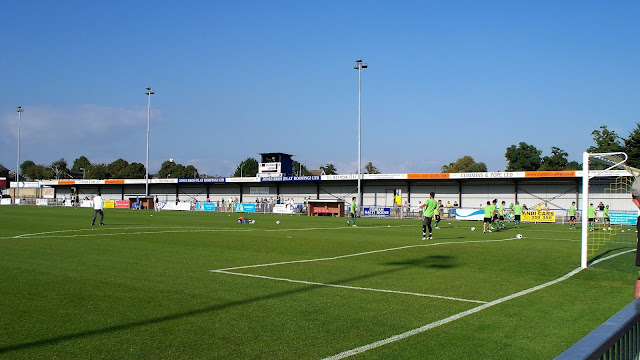 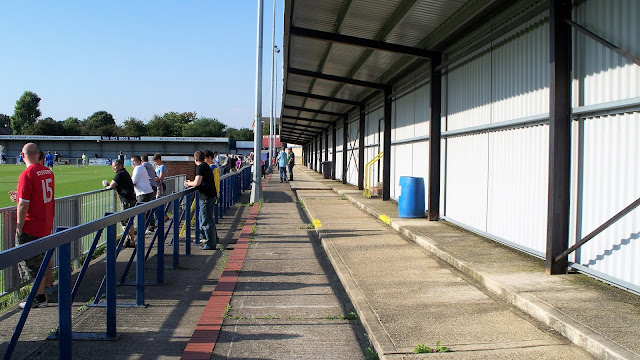 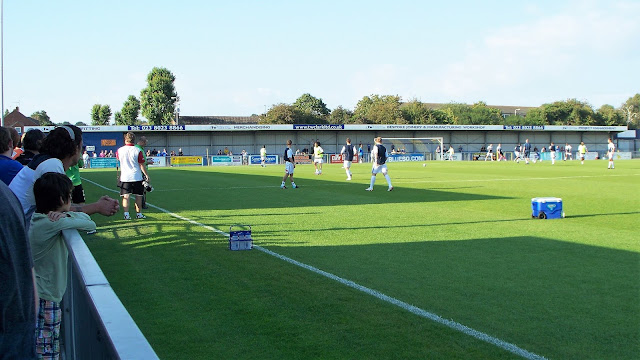 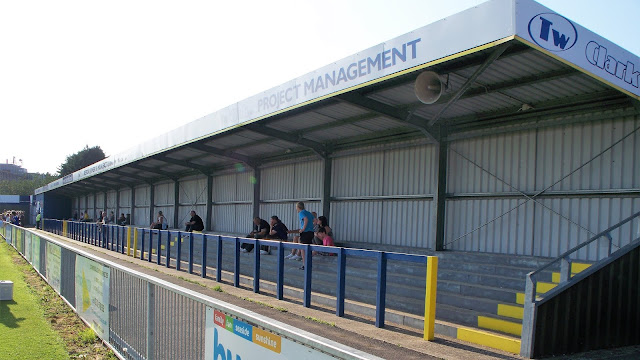