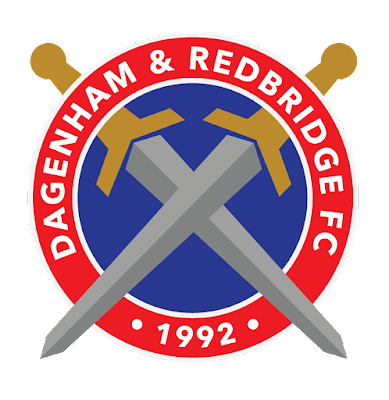 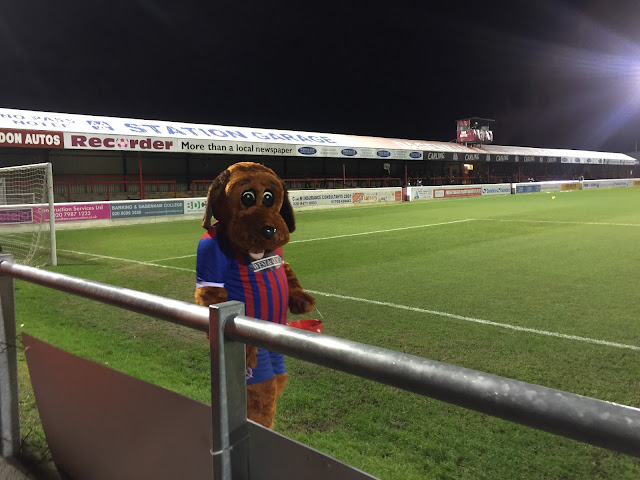 The club were formed in 1992, following the merger of Dagenham and Redbridge Forest. Forest themselves were only 2 seasons old and were the result of a merger between Ilford, Leytonstone and Walthamstow Avenue. Taking the bulk of Redbridge Forest's successful side from the previous season, the clubs inaugural manager was John Still who is also the current manager and has had 3 spells with the club. It started off so well with 3rd and 6th placed finishes in the Conference. Things declined however and by 1996 they were relegated to the Isthmian League. 4 seasons were spent here before their return to the Conference in the year 2000. Challenging in and around the top spots for the first few seasons when they returned, the biggest near miss came in 2002 when they lost out to Boston United on goal difference. All's fair in love and war you would have thought, but the champions were found guilty of making illegal payments to their players in their title season. Our ever baffling FA chose to dock them 4 points, but for the season after, rather than the period the offence had been committed.

They continued to challenge around the top, though 2003-06 was a lean time with mid table finishes. In 2007 they finally got the league place they had waited so long for when they were Conference champions. The first season in the Football League saw an ultimately safe 20th placed finish, but a huge improvement the following season saw them just miss out on the playoffs. 2009/10 was a momentous season and the best in the clubs history as they made the playoffs this time. Despite being rank outsiders after finishing 7th they overcame Morecambe & Rotherham United to earn promotion to League 1. Immediate relegation followed, but they were so close to staying up, just a point from safety in 21st place. Since their return it has been a bit of a struggle for them, although they did finish 9th in 2014.

Dagenham & Redbridge have been having great cup runs since their formation. In their first season they battled through to the 1st Round before a ding dong battle ended in a 5-4 defeat to Leyton Orient. After taking Charlton Athletic to a 3rd Round replay in 2001 they went one better in 2004. That season saw a narrow 1-0 defeat to Norwich City. They also featured in a fictional FA Cup that season. Sky One's 'Dream Team' had them 2-0 up against Midlands side Harchester United, only to end up losing 3-2.

The club were FA Trophy finalists in 1997, but they lost 1-0 to Woking whose boss Geoff Chapple seemed to have a real midas touch in that competition. The complete opposite could be said for Dagenham's records in the League Cup with defeats in all 9 games so far. The closest they came to beating that hoodoo was in 2014 but after a mesmerising 6-6 draw with Brentford, they contrived to lose on penalties. The Football League Trophy has seen them reach the area Quarter Final twice. Player wise, record appearance holder is keeper Tony Roberts with over 500 appearances for the club, while Dwight Gayle netted the club £700,000 when he moved to Crystal Palace in 2013.

Below is a report from my long defunct old blog 'Chairboys Forever' back in the day when I used to go to every single Wycombe game - home and away.

A bit of an improvement, but not that much really on our previous 2 efforts so far that season. A last gasp penalty from Jermaine Easter after Sergio Torres was:

A) Tripped in the area

C) Sod it, it got us a point anyway

got us off the hook after we looked dead and buried at 2-0 down to Dagenham, who were celebrating their first home game in the Football League. Wycombe's was 14 years previous, when we beat Chester City 1-0 with a goal from Keith Scott.

All those years ago and we are probably in a worse position playing wise in 2007, than we were then. Well that's progress for you. We are off course in a more advanced position off the field with the new big screen up on display and a much better stadium compared to the compact and tidy ground we had upon entering the league. Dagenham's was a lot more basic, 2 uncovered ends which the skies, as gloomy as Wycombe's start to the season threatened to rain down on, and 2 basic sides, 1 seated and 1 terraced, but covered.

The day didn't start too good with the coach being 25 minutes late, and then being forced to endure a very warm 2 hours journey across the car park that is the M25, because the flipping air conditioning wasn't working very well. It wasn't exactly Guantanamo Bay, but pretty cramped and uncomfortable all the same. Things weren't much better when we got to East London either. Not enough time for a drink, and on the local streets, the BNP were flogging their worthless rag to anyone who was prepared to give them the time of day. I doubt many of them would complain if they had their life saved by a doctor from India, but then, that's morons for you.

Lambert's team selection was strange too. Playing a 3-5-2 with no natural wing backs or wingers takes some doing. Craig Woodman and Tom Williams wern't even in the squad, even though they were amongst the better players on the previous Tuesday. Andre Boucaud made his first start for Wycombe and Jermaine Easter was back from suspension, replacing John Sutton.

It didn't start too bad though, Wycombe having the better chances in the opening 10 minutes. Dagenham slowly got into the game again, and after countless defensive slips Wycombe were lucky to go in at the break just a goal behind. Sadly for the third game in a row, the team were booed off the pitch, what the few that partook in this think it will achieve is anyone's guess, but it makes for a very poor atmosphere and to be honest will be pretty embarrassing if it goes on, match after match.

Lambert couldn't have been pleased and the team just have got a rocket up their collective backsides at half time, but no substitutions were made. Indeed things got worse before they got better. Dagenham doubled their lead and Wycombe looked like they were going to be on the end of a hammering. However the introductions of Martin Bullock and Sergio Torres changed all that.

Bullock's constant threat down the right side produced dividends when Matt Bloomfield bundled the ball across the line to reduce the arrears. And then Sergio Torres' run into the box was halted, Jermaine Easter converting the spot kick to give Wycombe a fairly lucky draw and a definite point gained. 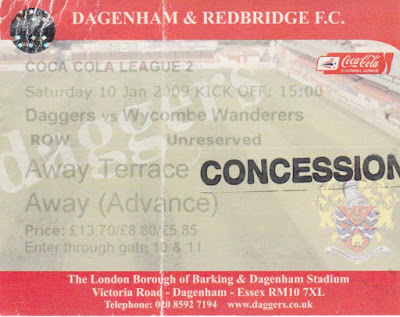 My second visit to Victoria Road was a fairly mundane one, as was most of the football under Peter Taylor. I remember getting a lift over with my Dad's mate Dave, us suffering with the traffic and getting there not long before kick off. In a dull game Wycombe won 1-0 with a Jon-Paul Pittman goal and gained a valuable 3 points en route to an unconvincing promotion. 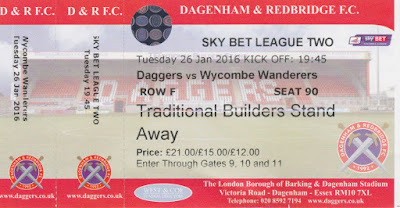 At the start of the season when the fixtures came out, I filed the trip to Dagenham as 'under consideration' when deciding what away games I was going to do. I was put off by the £21 entry price, but then again. It was a touch above average and in an ideal world it would be no more than £15. There had also been a few changes since I'd last been, not least the rebuilding of the away end. There was also an excellent programme shop at the ground that I'd not visited yet, plus it's also good to have a day on the train in London. So around a month before I decided I'd go for it. Originally the game was on the date of a tube strike, but thankfully it was rearranged for a date when no industrial action was being taken. 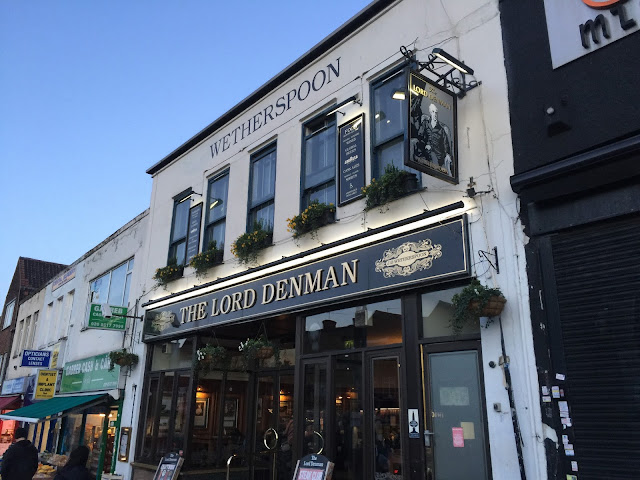 On the day of the game it was the usual drill of walking down town on my day off. Unlike other weeks I didn't have the afternoon to kill and straight after lunch I left for Amersham station. From there it was an hours journey to Euston where I went to regular haunt The Euston Cider Tap. There I had a couple of new tries - namely Chibblers Perry and Olivers Gold Rush. From there it was a 45 minute trip to Dagenham and Wetherspoons pub 'The Lord Denman'. There I had burger, chips and a pint for little over a fiver before making my way to the ground. Sadly the programme shop was not open but I did get a Dagenham & Redbridge cushion to add to my collection. And there was still a decent selection of old books and programmes, just not the mammoth selection they have in their big shop. 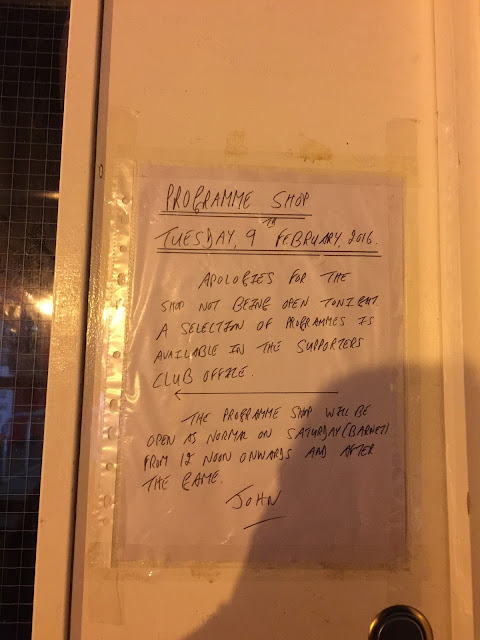 As for the game, it wasn't pretty. Both sides have poor home records, with Dagenham yet to win on their own patch this season and the quality on the field reflected this. Both sides had players sent off and it was a real war of attrition. We looked to have blown it by conceding an equaliser after sitting deep for an eternity but then we went straight up the other end and scored. Thankfully we held on for a hard fought win - not easy on the eye but the points count. There was even an acknowledgement from our fans at the poor quality of our play by them chanting 'Time wasting bastards, we know what we are' It was 10pm by the time I left Dagenham and it took several changes and nearly 2 hours to get back to Amersham. On the last leg of my journey it seemed as every single train came but the one I needed, but finally it came. I got back to the station just before midnight, arriving home 15 minutes later. I got to sleep at 1am, a lot quicker than usual but still not great when you are up at 4. 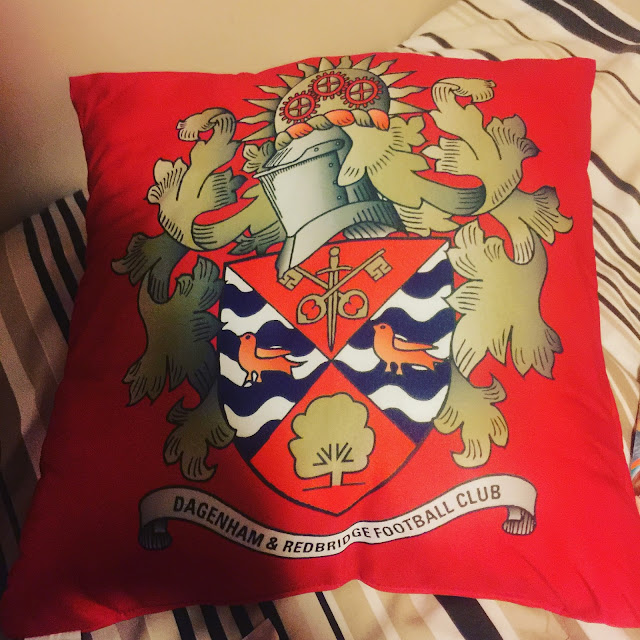 VICTORIA ROAD is a pretty decent ground since redevelopment and ideal for the size of crowds that Dagenham & Redbridge get. The club shop offers a decent range of merchandise, as does the tea bar and these are very good value compared to others at this level. The programme shop has an excellent reputation, though I've not yet seen this, neither I have been in the bar. Overall Dagenham & Redbridge is a good day out, with decent people running it. The only niggle is that it's fairly costly to get in, though this is more of a game wide problem, with clubs forced to pay players well to keep up with rivals - as well as other operating costs being a factor. 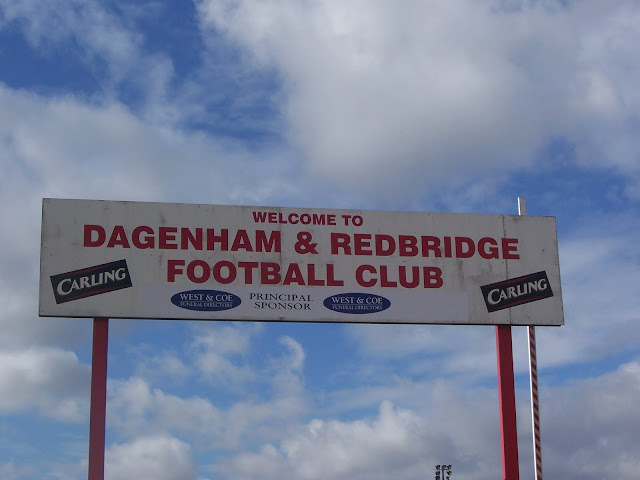 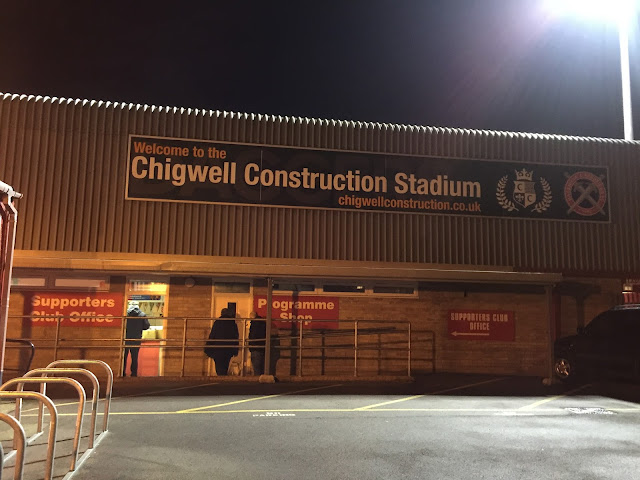 The main seating side for home fans was updated in 2001. It comprises of 2 stands - the Carling Stand holding 800 and the Barking College Stand holding 200. The smaller of the 2 stands used to be given to visiting fans, but since the expansion of the away end it's generally given to the home side. 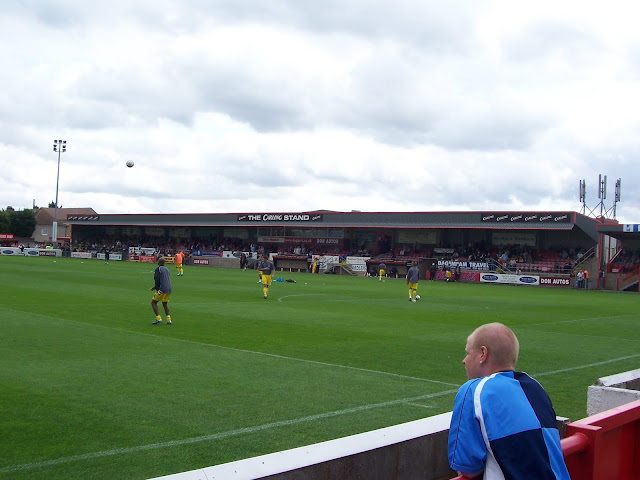 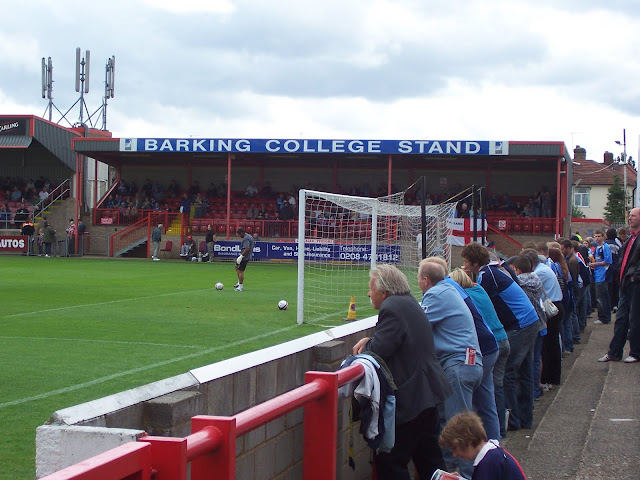 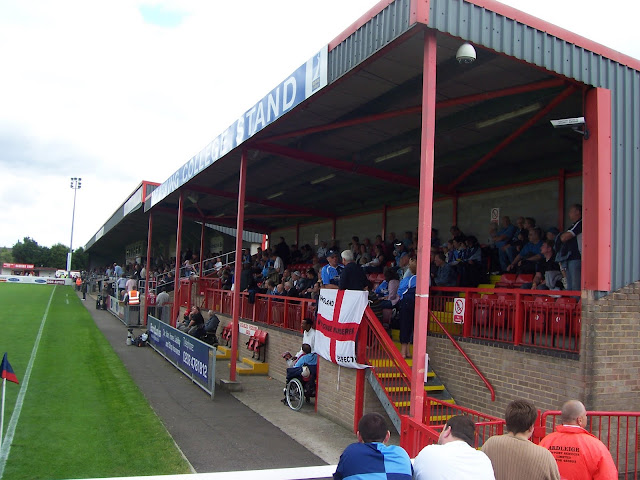 THE NORTH TERRACE is covered and holds around 2000 supporters. It was humorously nicknamed 'The Sieve' by the Dagenham fans at one point, due to it's leaking roof. 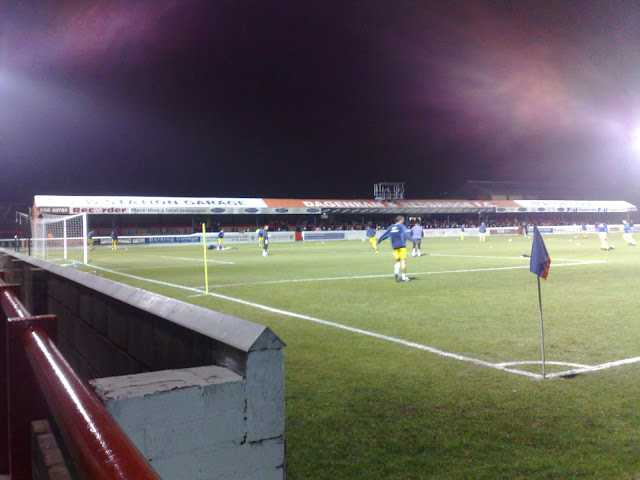 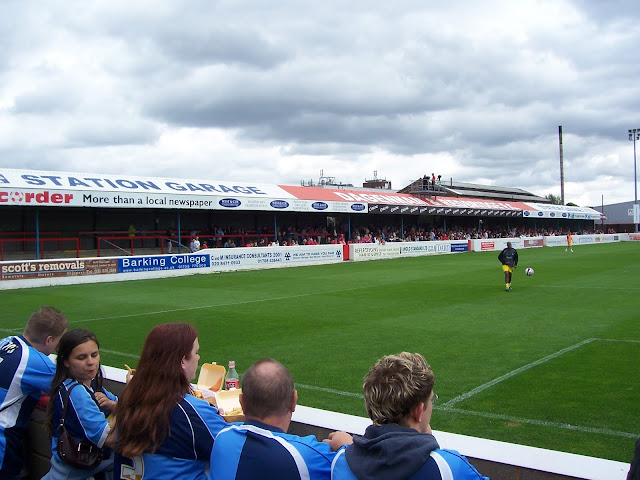 THE CLOCK END is the only uncovered area, holding around 800 fans. The main facilities for the club are located here including bar and club shop. 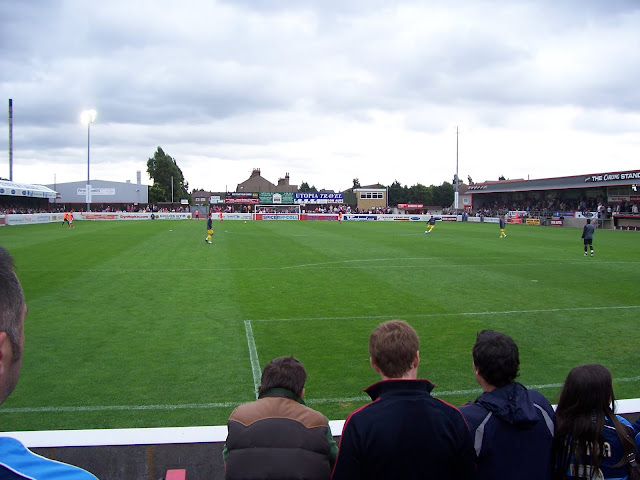 THE TRADITIONAL BUILDERS STAND was a former open terrace, similar to the home end. However a couple of years ago it was converted to a 1200 seat covered stand which is raised above pitch level. Views from here are excellent as it's elevated above pitch level. 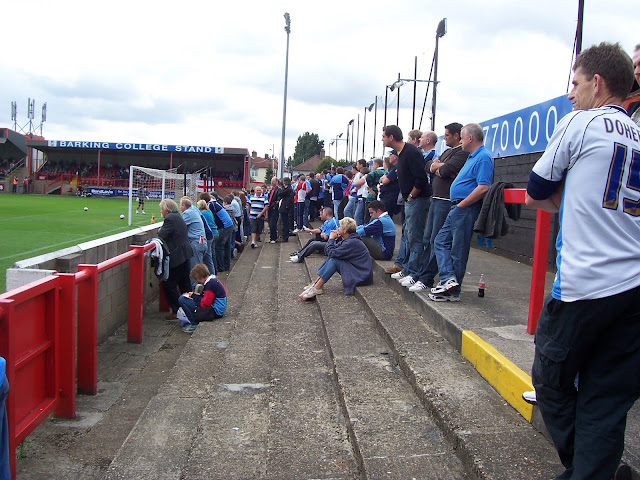 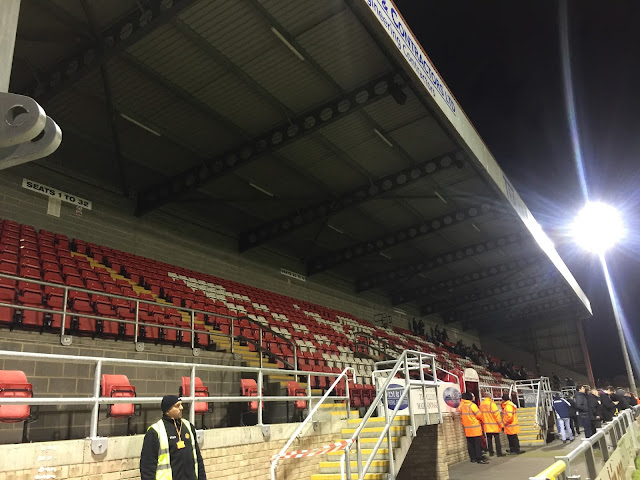 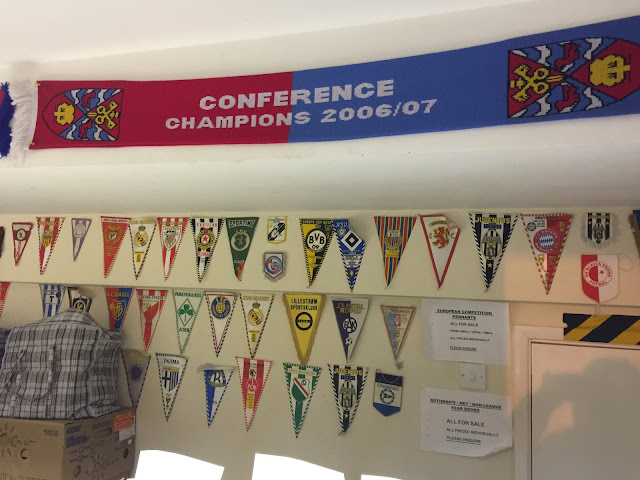 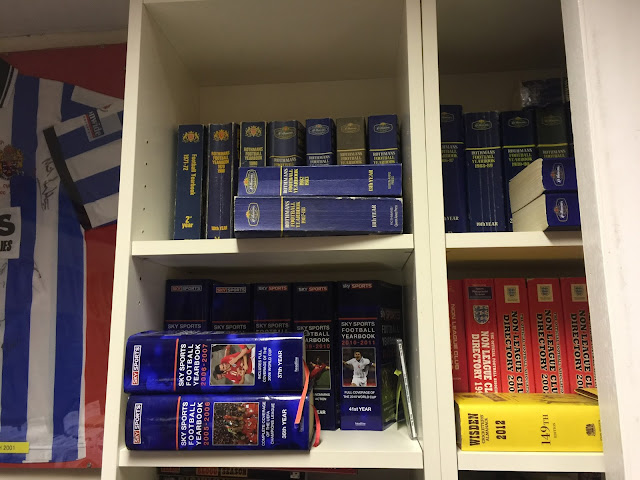 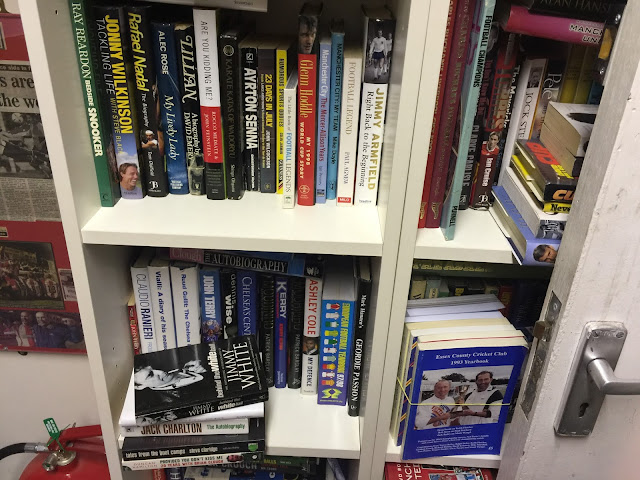 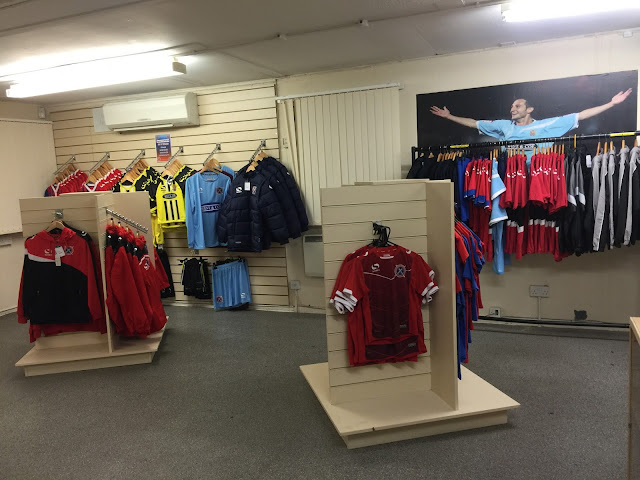 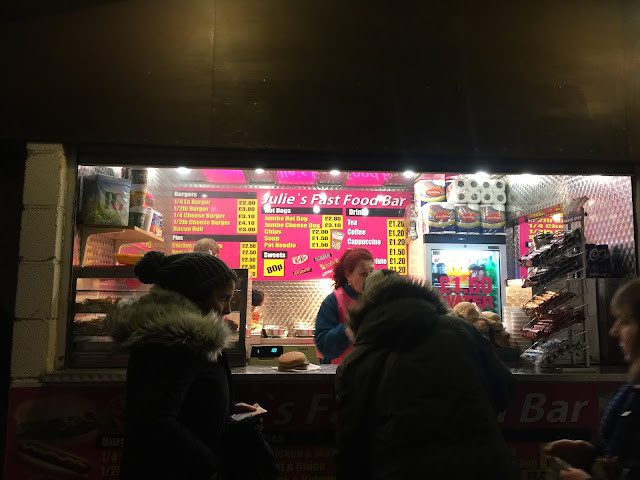