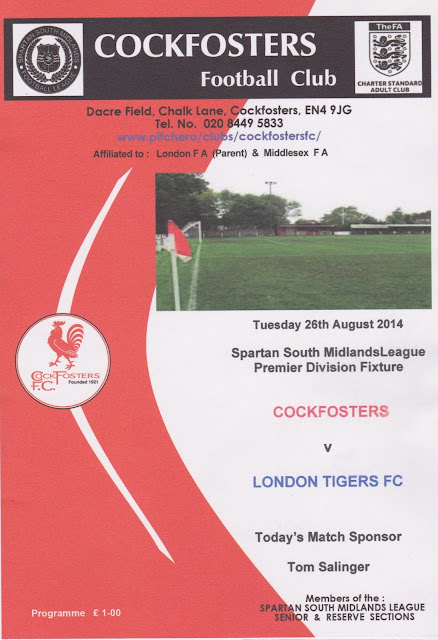 Cockfosters were founded in 1921 as Cockfosters Athletic, changing their name to their present one in 1968. They played in local leagues up until 1991 when they joined the Spartan League. They stayed in the top division of this league until they were relegated to what is now Division 1. They came back up in 2007 and struggled for a couple more seasons before being relegated again. Last season saw them win promotion back up ready for this season. Their best ever finish came in 1996 when they finished 5th. They had their best ever FA Cup run last season, getting to the 1st Qualifying Round. After beating this seasons league champions Hanwell Town, they beat Hadley too. They then faced AFC Rushden & Diamonds, but that was where the dream ended as they crashed out 8-0 after a replay. The best ever FA Vase run came in the 1991/92 season when they reached the 2nd round. A few local cups have been won, the last one being the South Midlands Floodlit Cup in 2008. Cockfosters were making a good start to the season, unbeaten and top of the table.

I had been meaning to go to Cockfosters last May. In fact, I had actually got to the ground, sat in the bar for half an hour while it rained, only for the referee to give up on the pitch right on kick off. He was going to start the game and saw how it went, which was encouraging, but he changed his mind. It was probably the right decision to be honest, as the game would have been a farce had it gone ahead, with puddles everywhere. We even went to London Colney after, but that too was a victim of the weather, being called off at 8.15. Still, I was still aiming to complete the Spartan South Midlands League by the end of the season,so wanted to get it done as early as possible. Cockfosters had a crazy end of the season, with games on Monday, Wednesday and Thursday, so they would have been pretty tired when it came to facing my local side Holmer Green. 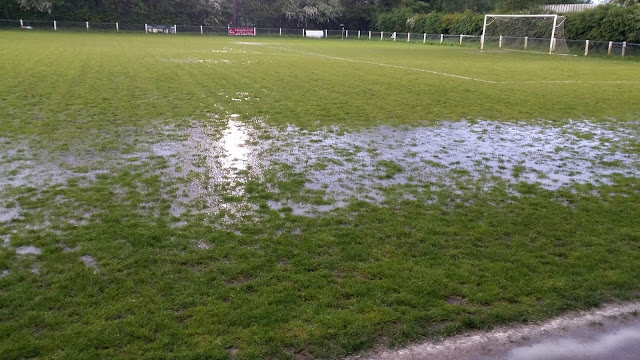 I knew from the outset that I wouldn't have Anwar with me, as he was going to Arsenal tomorrow night and only had limited time and resources. I wasn't even sure myself, as it was dependent on weather and traffic. I had a pretty boring day as I was off, and normally I'd be setting off mid-afternoon for football. I reflected on the Welsh groundhop I had missed on the weekend, in North Wales. I thought it would be just fields when speaking to my fellow hopper Chris as he was evasive when I asked about stands and just said that the scenery was nice. In the end, I saw people's pictures from the weekend and there were some quite decent grounds, set amongst the backdrop of Snowdonia as promised. I wasn't too annoyed though, as I'd had a great time at Stevenage v Wycombe instead. I could have done 3 games in one day on Monday too, but Anwar couldn't make it. Instead we went to a wet and fairly dull game at Tilbury.

It turned out to be thumbs up as far as the game was concerned. I had confirmation that the game was on at 6.15 and after checking my sat nav, the traffic appeared fine, so I set off on the 32-mile journey. It turned out to be a good journey apart from some dawdlers on the single carriageways and I was there by 7.05. I went and had a look in the bar, and bought a signed Boreham Wood v Arsenal Programme in return for a small donation to charity. I then went into the ground, paying £6 entry plus £1 for the programme. There was still half an hour till kick off, so I made a start on my blog and checked Facebook while waiting for the game to start. 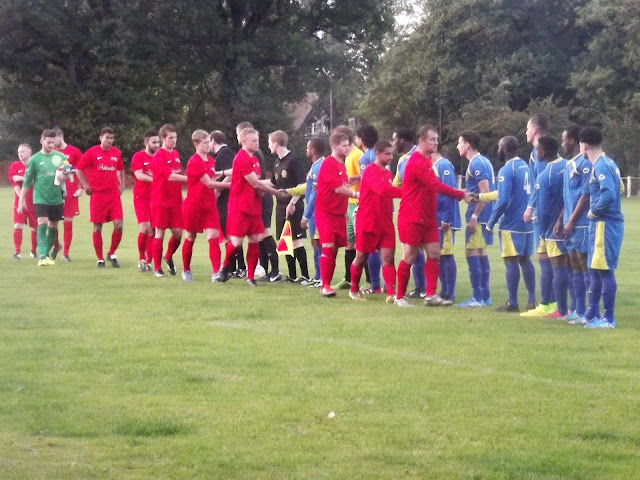 As usual, a good entertainment level. My favourite step 5 league might be the Northern Counties East League, but the Spartan South Midlands is hard to beat for entertainment. The first half was goalless, but both keepers made good saves. London Tigers starting the brightest, but Cockfosters finishing the half well. 2 second half goals won it for the visitors - firstly a goal from close range on 66 minutes, then a really good strike on 80 from some way out that flew in. The referee let a lot go, but tended to favour the defending team, and there were a few complaints from the home side about this. It was an easy journey home, taking the same time as the trip there. I got in, checked Facebook, watched TV and went to sleep at about 11.30.

DACRE FIELD or the COCKFOSTERS SPORTS GROUND as it's sometimes known is set in a pleasant green location. The car parking is not great, with only a few spaces, but you can use street parking or one from one of the other sports clubs on the road.

The main stand is on the side that you come in. Previously it was a smaller stand with benches (that was on my visit to take pictures in 2007. Since then, they have added big white seats, which are comfortable and seem to come from the Olympics in 2012 as there are similar ones at Beckenham Town. They are comfortable in any case. There is further cover on this side, as well as more behind the goal and on the other side.

The clubhouse and tea bar are pretty standard fare, with only Strongbow in cans available for cider drinkers (at least on my May visit anyway) I've not tried the tea bar. The programme is decent, quite thin but full of stats and a few good bits to read, and with minimal advertising too.  The club is nice and friendly, and with Cockfosters Tube station nearby, is easy to do if you don't drive. 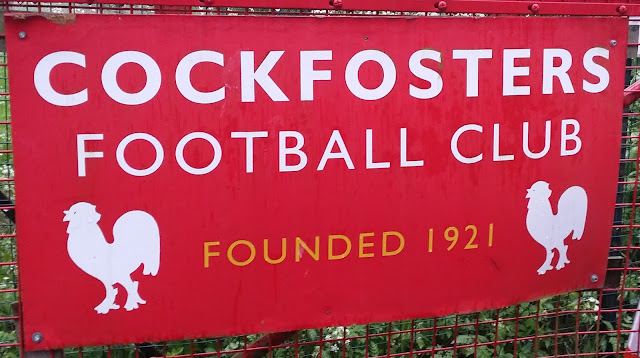 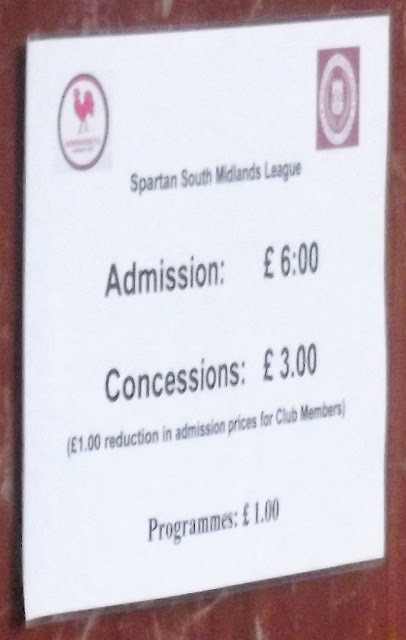 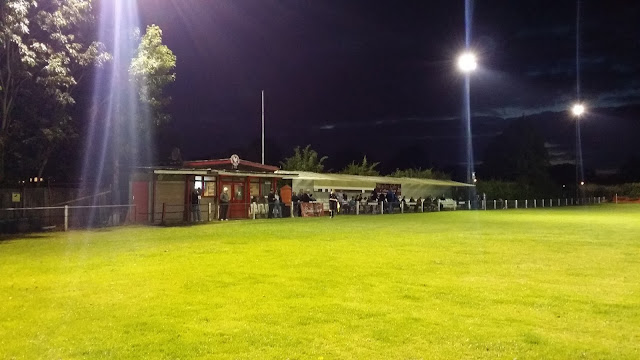 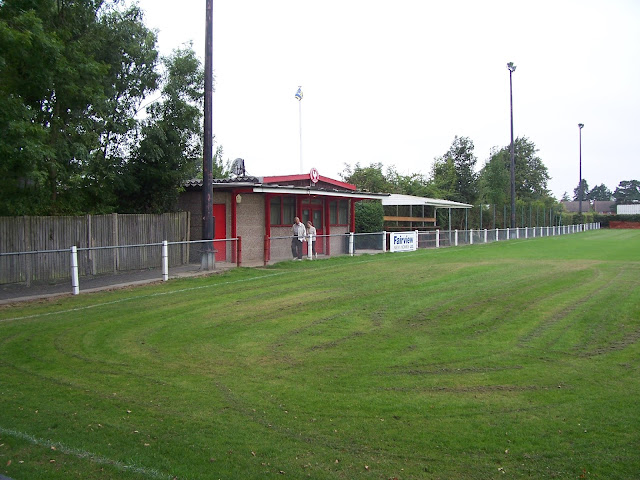 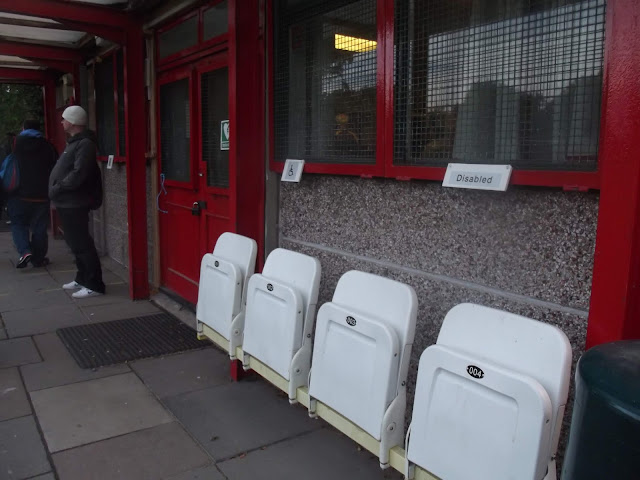 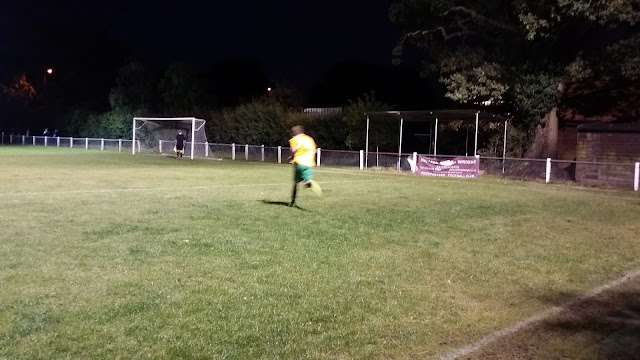 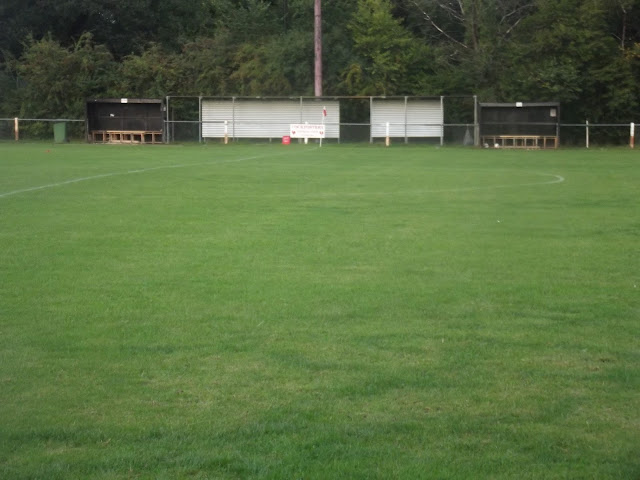 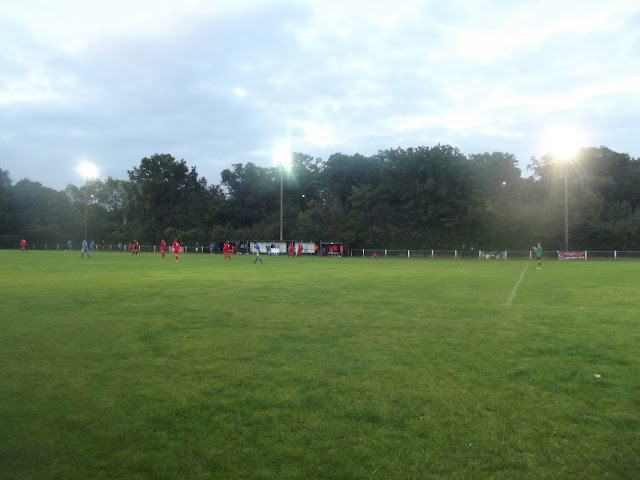 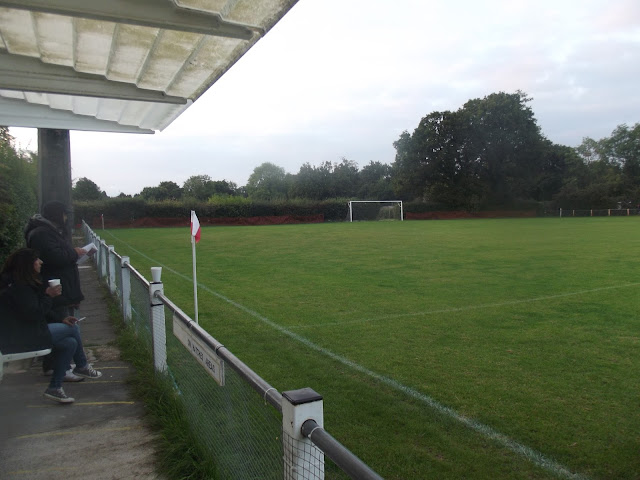 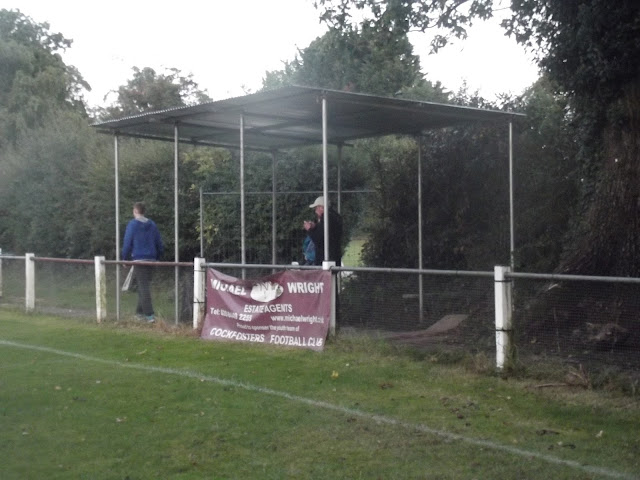