The club was established in 1921 and moved to their present home in 1954. They played in local leagues up until 1976 when they joined the Herts Senior County League. They won Division 3 at the first attempt and then in 1981 a runners-up spot was good enough to see them earn promotion to Division 2. By 1987, they had won Division 1 and earned promotion to the top tier. Wormley Rovers remained here for a couple of seasons before being relegated back to Division 1, earning promotion back up in 1991 after a runners-up spot. They'd remain here until the end of last season, finishes ranging from 2nd in 2000 and 2010 to 15th in 2016. Despite finishing 5th last season, their application to join the newly-formed Eastern Senior League D1 South was successful. They currently sit in a safe mid-table position of 12th and are enjoying a solid first season at step 6. They are yet to play in the FA Cup but made their FA Vase debut this season with a narrow 2-1 defeat to Biggleswade United. Former Premiership player David Bentley began his career at the club as a youth player. The village of Wormley has a population of less than 5,000 and is located near Broxbourne in Hertfordshire. 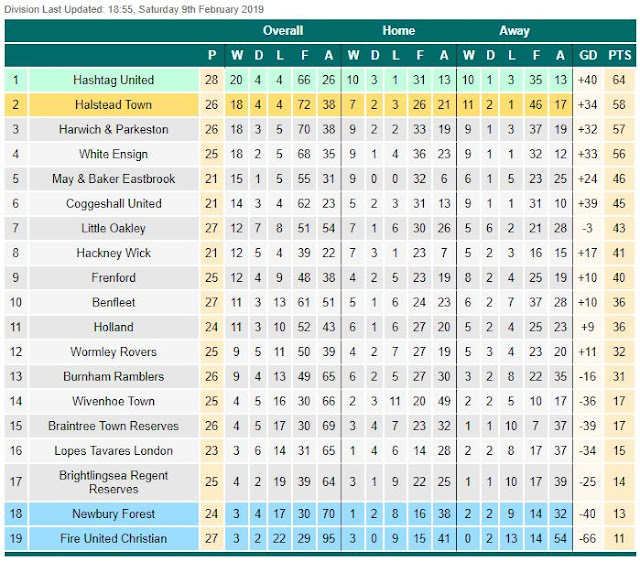 It was always going to be a trip to London for me on this day, I was looking forward to letting the train take the strain. For a long time, my target was Peckham Town, but then I heard that the Menace Arena would be hosting Cascadia v Chagos Islands on 25th May. A replacement was quickly found and I put a lot of work into researching the Terrence McMillan Stadium for Lopes Tavares v Brightlingsea Regent. The day of the game came and it was all a bit of a rush, I’d had a late night the night before and woke just before 10. I had a freshen up and slung some clothes on before getting my things together and leaving shortly after. Parked up near the station I got the 10.36 train out of Amersham. By then, I knew that my original choice of game was off, thanks to my mate Pete. The league and club were useless, the Eastern Counties website was down and their Twitter had not been updated since April. The lazy Lopes Tavares had not tweeted for even longer and after they turned up 20 minutes late to the game I saw at White Ensign, I hope they go back to where they come from. It grates that Mickey Mouse clubs like this were admitted to step 6, whilst decent, honest clubs were relegated due to ground grading. So I had to source an alternative, but first for a pint. After a 15 minute delay at Marylebone station due to a defective train, I got to Charing Cross at 11.50. From there, it was a short walk to The Harp. A decision was made there to travel to Wormley Rovers, who had declared game on. 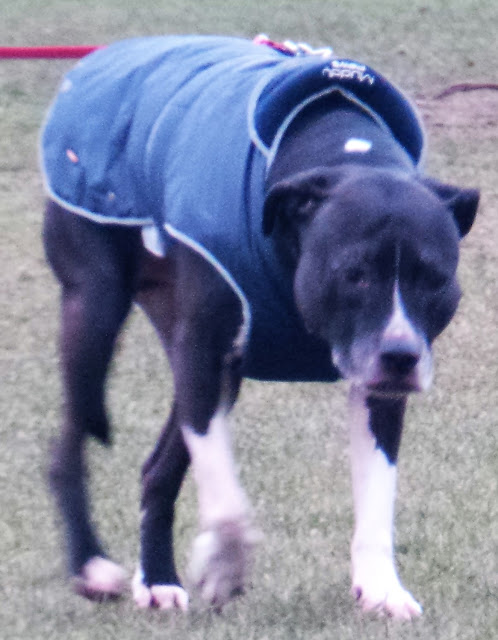 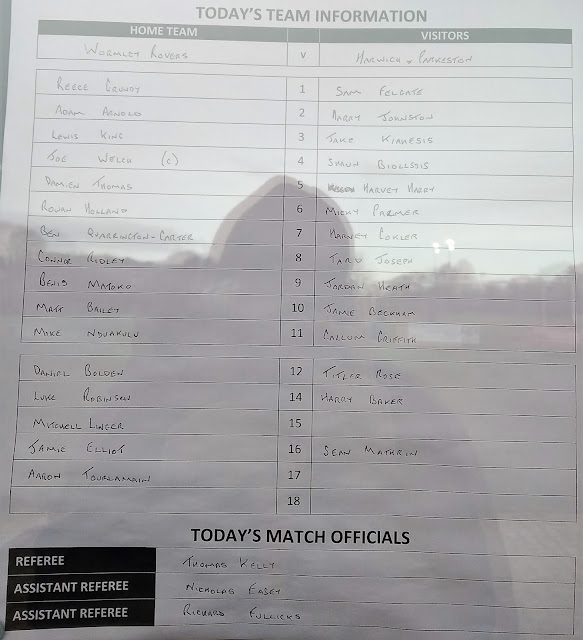 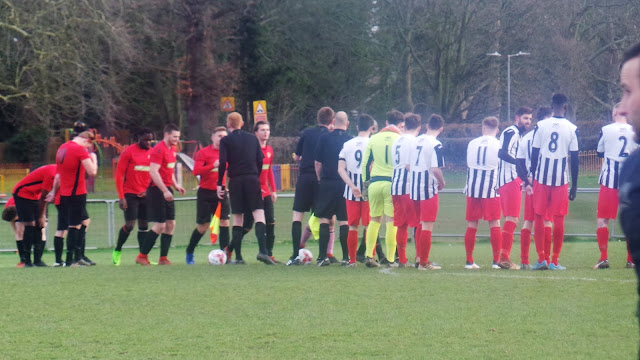 I’d originally been planning to do this one by car, as it was out of the London Travelcard area. It wasn’t perfect, but a couple of pints Turning Japanese Perry and Naughty Horsey Cider took the edge off of things. I’d have happily stayed in the pub forever, but there was football to be watched. I headed back to the station at 12:45, getting the Northern Line to Euston. After trains to Tottenham Hale and Waltham Cross, it was a £5.20 return to Wormley on the bus. Getting there at 2.20, I got some Irn Bru from a local shop as well as a burger and chips from Wormley Fish Bar. From there, it was only a 5-minute walk to the ground. I unintentionally got In free, so went back to the gate to pay the £5 entry. After getting some pictures, I settled on halfway for the game. Wormley Rovers started brightly, shooting narrowly wide within the opening minute. Harwich soon replied in a lively start but it remained goalless. The opening goal came on 18 minutes, a long ball forward found Callum Griffith who controlled and finished well. Both sides had chances but Wormley were toothless up front, Harwich good value for their lead at half time. The second half started slowly, but in the last 15 minutes, Wormley had a real go at equalising, coming close on a number of occasions. It wasn’t to be though, and Harwich, who almost confirmed the win at the end, shooting narrowly wide, held on. I walked back to the bus stop, waiting a few minutes before stopping in Cheshunt, as there was a Wetherspoons. Number 183 in the chain, The King Harry was good enough, average, but better than the Wycombe one. I had a half of Old Rosie whilst catching up with things. Despite the smells of various tempting takeaways permeating the air as I walked to the station, I wasn’t really hungry until I got to the platform. I got to the station at 6.05 and had to wait 10 minutes for my train to London. I put on the phone-in on Radio 5 for as long as I could get a signal. That soon went as I got on the underground, so I had a podcast about 90s footy on. That kept me entertained until I got back to Amersham at 8. I called in at the Co-Op on the way home and got some bits for dinner. I was back home just after 8:30 and spent the evening relaxing, catching up on TV and updating my blog. Of course, Match Of The Day ended my weekend as ever, it had been enjoyable if uncertain one at times. 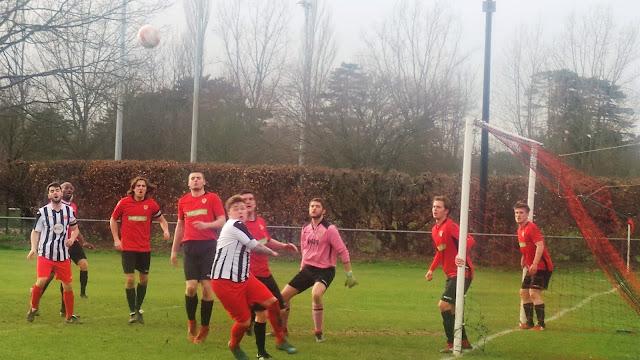 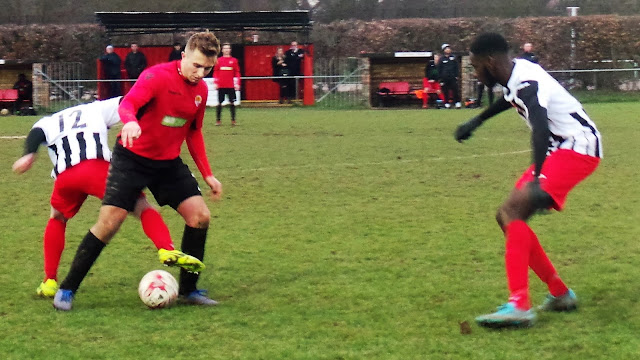 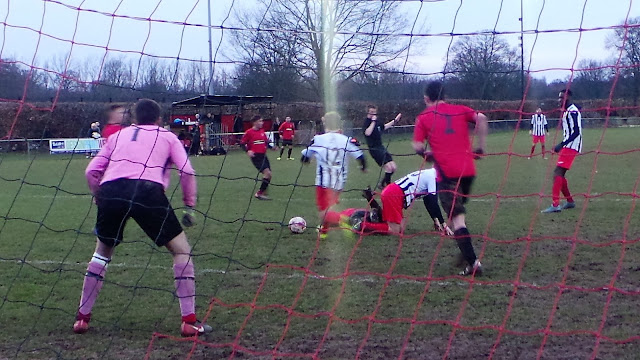 WORMLEY SPORTS CLUB is a pleasant venue, though its very basic. Not enclosed, the only stand is a small covered terrace on one side of the pitch. There's a tea bar and clubhouse on site, though I didn't try either. The programme is online only and is basically a small webpage. Don't let that put you off though, it's a nice place o visit, entry is good value and everyone is friendly. You can get a bus from Cheshunt or Waltham Cross train stations and in Wormly itself, there are pubs, a cafe, a chippy and if you are there for an evening game, a Chinese and Indian takeaway too. 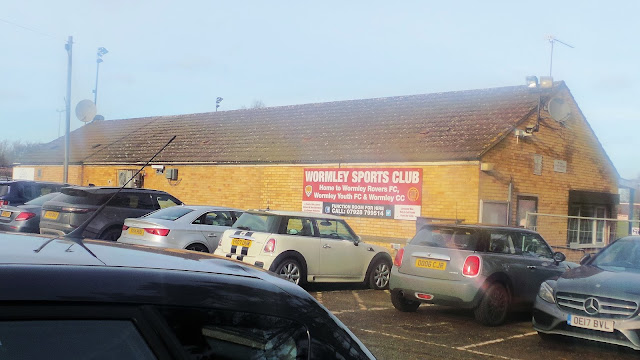 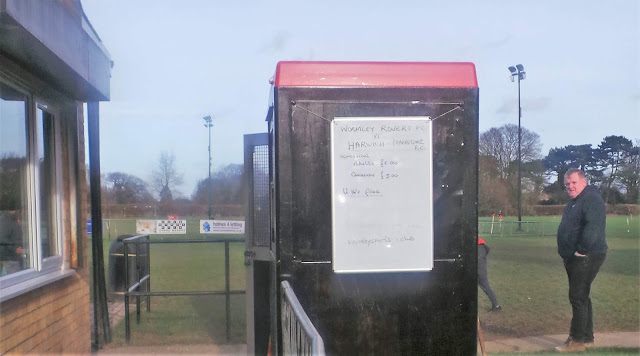 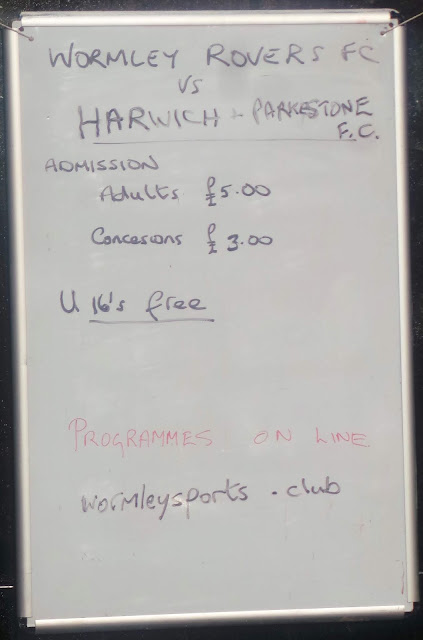 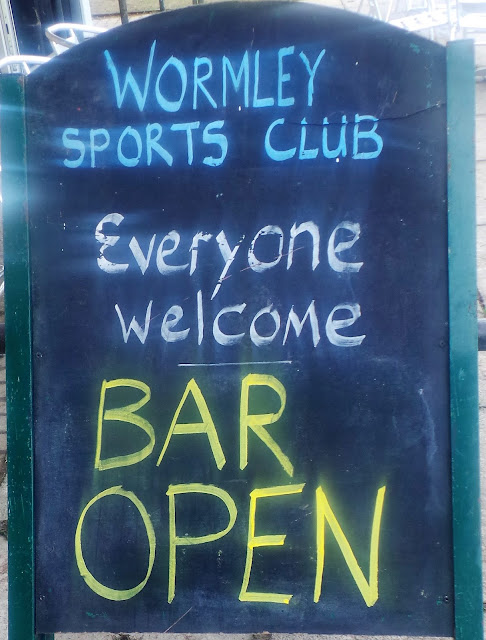 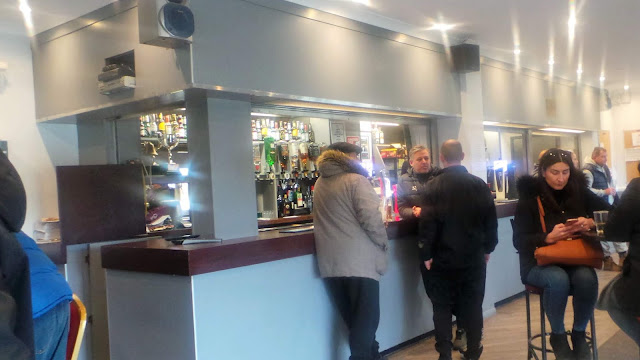 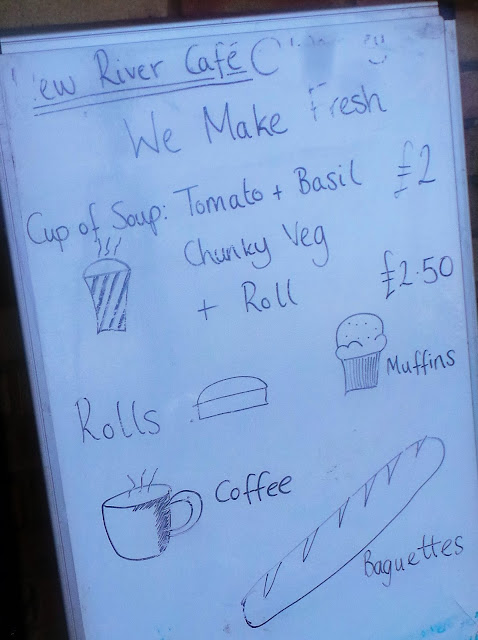 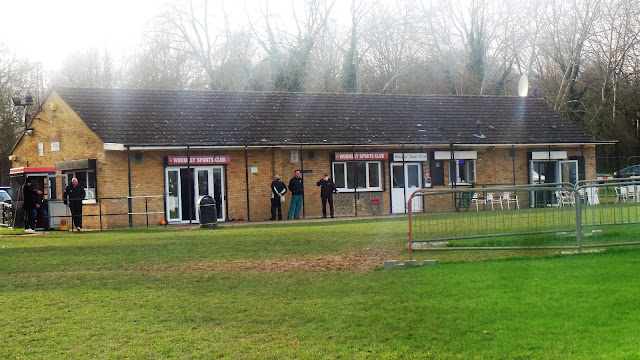 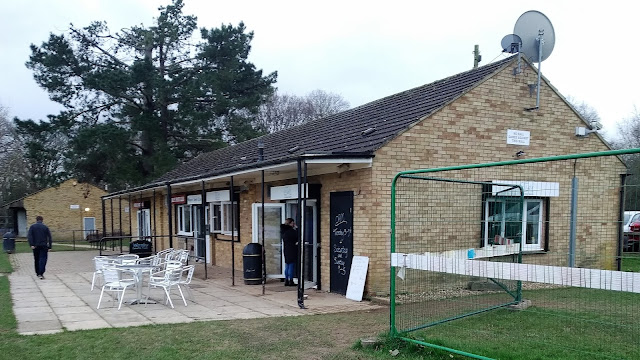 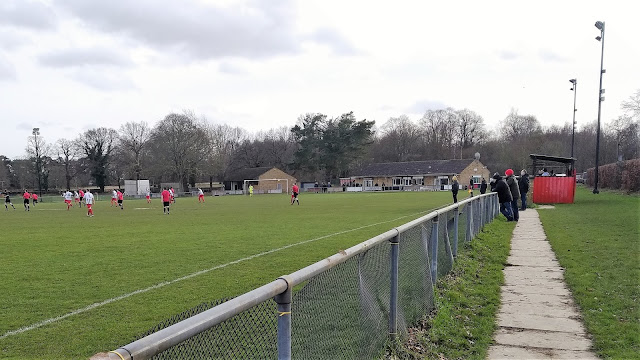 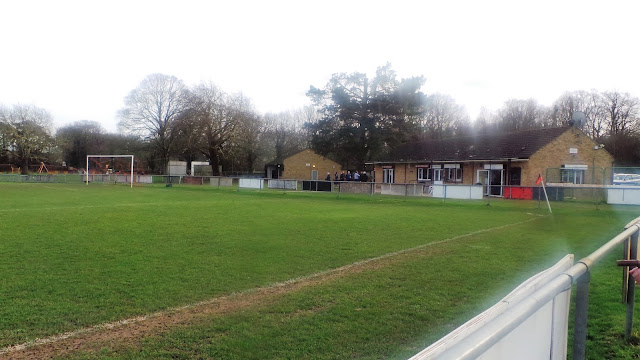 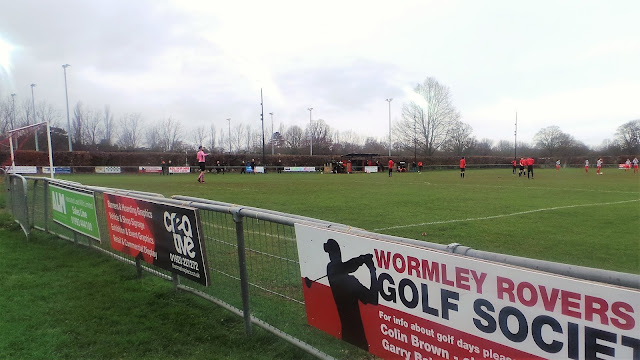 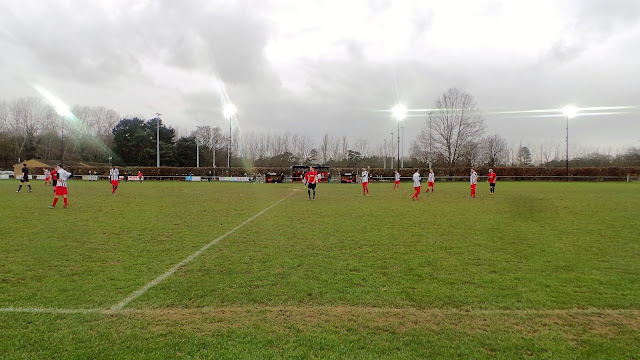 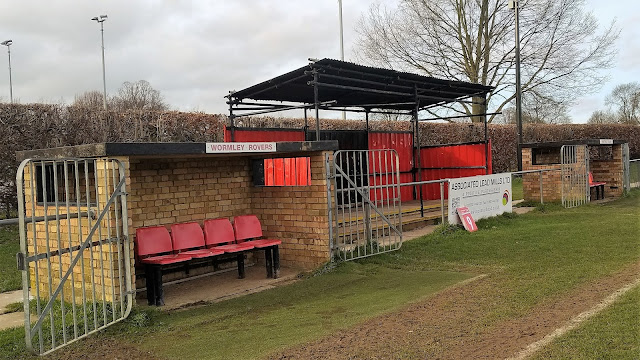 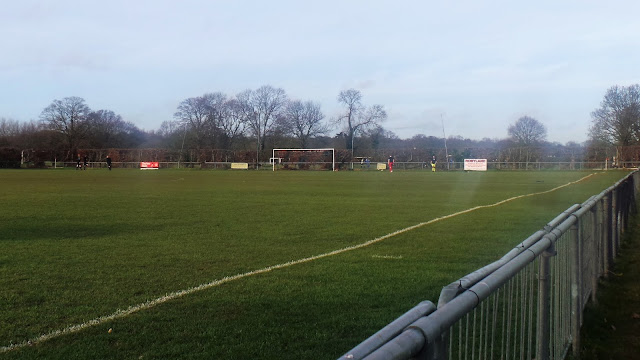 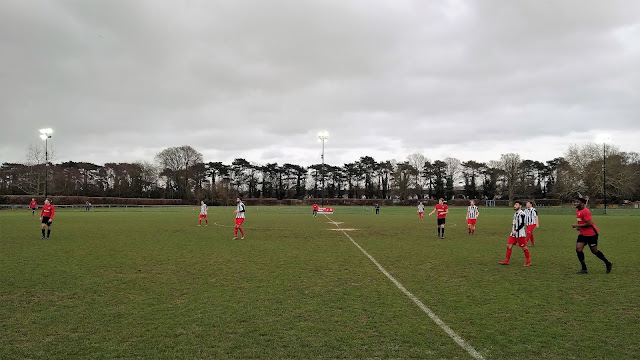 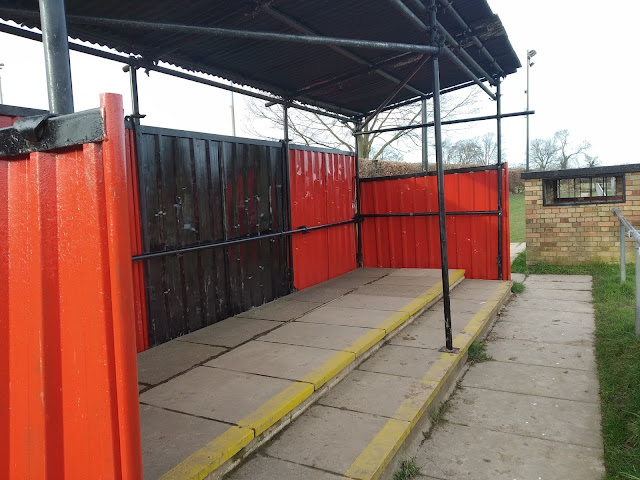 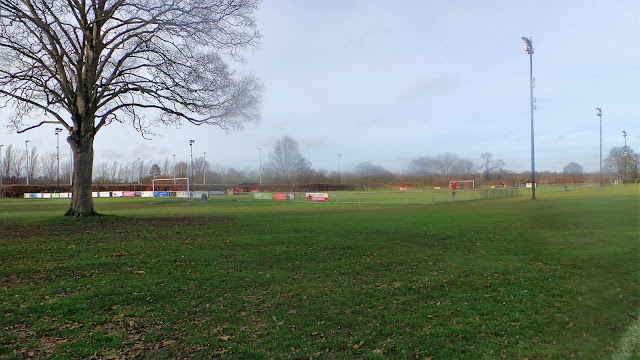 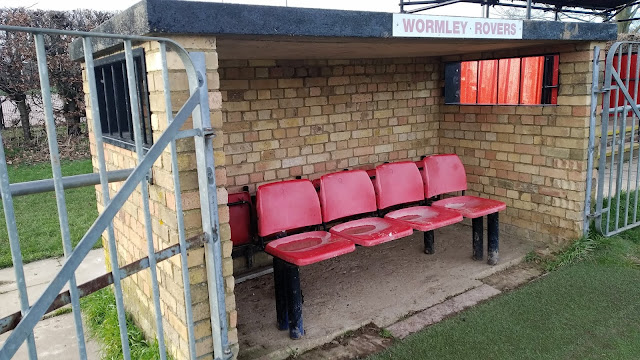