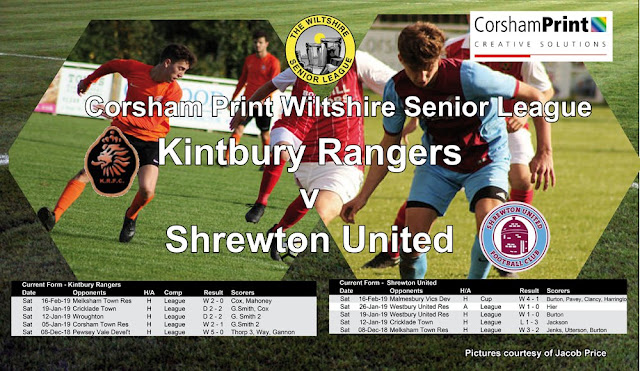 The club was established in 1890 and spent their early years in local leagues such as the Newbury & District and the North Berks. They made the step up to the Hellenic League in 1983, joining Division 1. They were promoted to the Premier Division in 1988 after finishing third behind Cheltenham Town Reserves and Wantage Town. They spent 11 seasons in the Hellenic Premier, finishing as high as 8th in 1990 in what was, at the time, a league at step 4 of the Non-League Pyramid. Despite this, they struggled in their later years in the league and took the decision to drop down to the North Berkshire League in 1999. After being successful at the lower level, they earned promotion back to the Hellenic League in 2004, this time to Division 1 East. They were runners-up to Eton Wick in their first season but were unable to take promotion due to more stringent ground gradings. Kintbury Rangers would stay here until 2010 when they once more joined the North Berks League. Again, they were largely successful, winning their 7th title in 2016. This season, they've made the switch to the Wiltshire League and are doing very well, sitting top of the Premier Division and unbeaten in 9 games.

Kintbury Rangers have not yet entered the FA Cup, but they did play in the FA Vase from 1988 until 2000. They were largely unsuccessful in the competition with just two wins in all that time - in 1990 they beat Wallingford Town before going out to the Preliminary Round to Abingdon United and in 1996 when they beat Portsmouth Royal Navy before going out to Brockenhurst in the 2nd Qualifying Round. They've won a number of local cups including the Hellenic League Cup (1997), North Berks League Cup (five times), North Berks Charity Shield (three times) and the Newbury Graystone Cup (twice). Notable former players include Charlie Austin (he scored 20 goals in 27 games during the 2006/07 season) and Brett Angell who was most well-known for his time at Stockport County in the late 1990s. The club's record attendance of 400 came towards the end of the 1989/90 season when they hosted Newport (now known as Newport County) in a Hellenic Premier clash as the reformed away side lifted the title that year. The village of Kintbury itself has a population of just over 2,500 and has its own railways station, three pubs and a small number of shops. 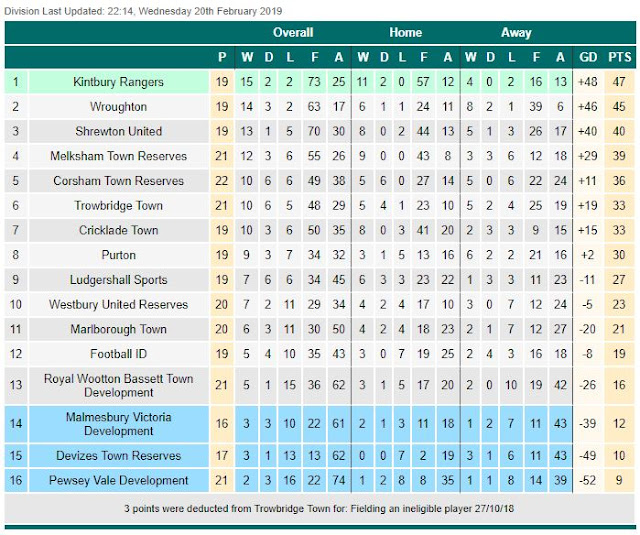 I thought it would be another night in for me this Friday. As much as I wanted a game, it was the usual limited selection and nothing unless I wanted a long drive. I did spot Market Drayton Town v Kidsgrove Athletic but both of my hoppers were unavailable. I went to work on the assumption that I'd have no game that night and instead was going to walk down town and back in the afternoon. But whilst checking our groundhopping WhatsApp group on my break, Splodge had spotted that Kintbury Rangers had a game against Shrewton United tonight. It appeared as if it had been poorly publicised but the truth was that the game had been switched last minute. Due to a shortage of match officials, the league had asked for volunteers to switch to Friday night. Kintbury Rangers and Shrewton United agreed and so I had a game. It was a very basic ground with just a small stand, but there was potential to pick up some local ciders that I'd not had before. It was a decent day at work with me working from 5 until 12.15 before I went home. I spent the afternoon researching journey times and the history of the club, luckily I was able to adjust my dinner time so I could get away on time. After a bit of faffing around, I left at 6.10. There must have been an issue with the M4 as I was directed to take the back route and join a couple of junctions later. The rest of the journey was fine though with me getting to the ground at 7.30 and getting a friendly welcome with a few people seeing an earlier tweet and saying hello. 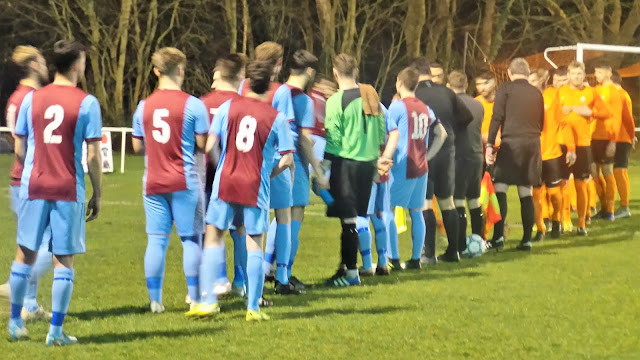 Looking at the league table, hosts Kintbury Rangers were top and unbeaten in 9. They had last lost to Corsham Town Reserves on 27th October by a 2-1 scoreline. Visitors Shrewton United had lost just once since mid-October in the league with a 3-1 defeat at home to Cricklade on 12th January.  The reverse fixture had been won 2-1 by Kintbury - Thorpe and Mahoney the goalscorers with Harrington replying for Shrewton. There was no entry charge so I bought a pint of Strongbow for £3. Ideally, I’d have liked a pint of CiderNiks, made in the village, but not knowing that the game didn’t kick off until 8, I decided against going to the local pub which I knew stocked it. The hosts started brightly but they were a man doen on 13 minutes. A 50/50 and perfectly legal tackle resulted in a flare-up. Sabeur Trabelsi threw a punch and so was given his marching orders. His teammates were not pleased with him but they stepped up to the challenge. A free kick was awarded and George Smith stepped up and lashed a great effort in.  There appeared to be more people in the bar than watching the game, but they'd be missing another great goal on 48 minutes. A corner was put in and was half cleared. But it only fell to Chris Cox who smashed it in the top corner. I was pleased to get both goals on video and there were further chances with another free-kick and the post being hit from a narrow angle. The Shrewton keeper also made a great save from point-blank range after a low cross was put in, but his team had been second best throughout. It had been a decent evening at a friendly club, but it was time to head for home. I called in at a local Co-Op to get some local cider but they neither had any in stock nor the licence to sell past 10PM. I had a good journey home, getting in at 11 and catching up on my YouTube subs whilst typing this blog.


The Recreation Ground is a nice setup for step 7. The pitch is fully railed and also has a couple of areas of cover - one on the far side and then more in front of the clubhouse. The ground is not a huge distance from step 5/6 compliance - just hard standing and a seated stand would need to be added. The bar is OK, with a decent selection of drinks but no local CiderNiks cider. The vilage is 5 minutes walk away and like the ground has little in the way of food. There are a few pubs though, but I didn's sample any of them. 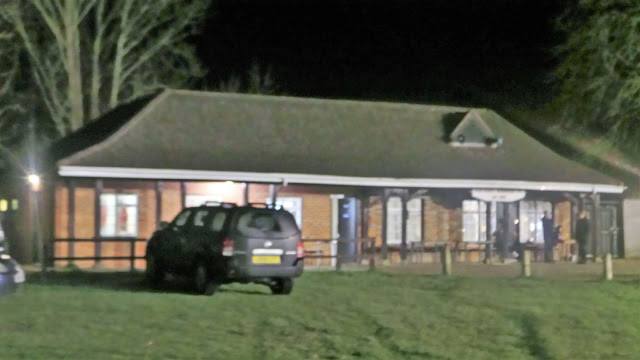 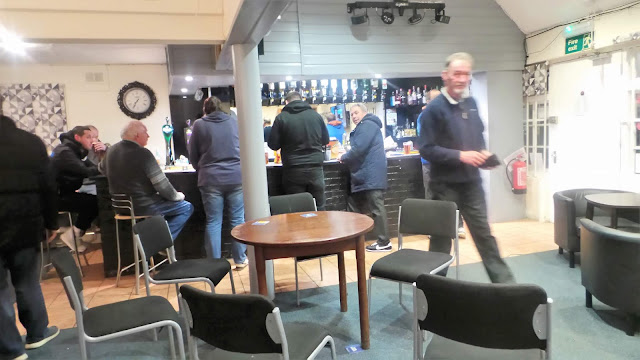 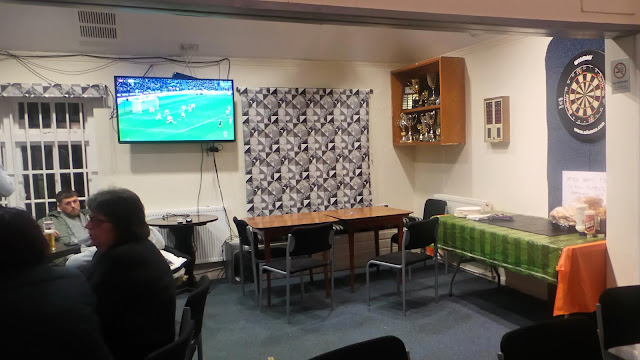 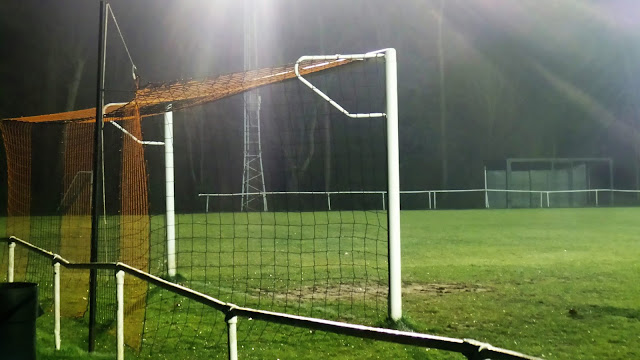 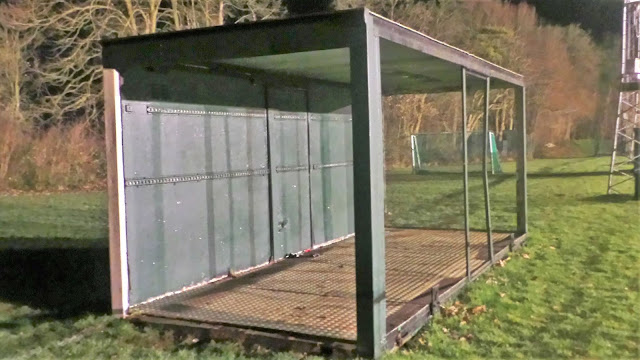 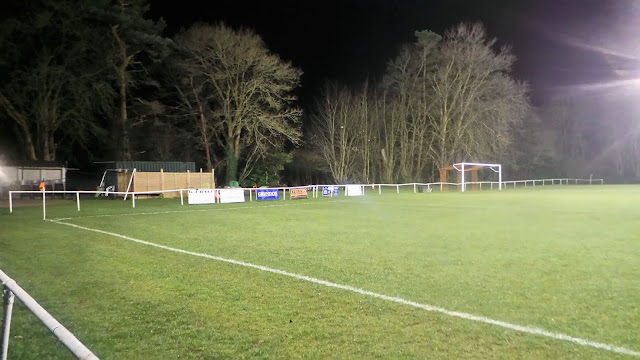 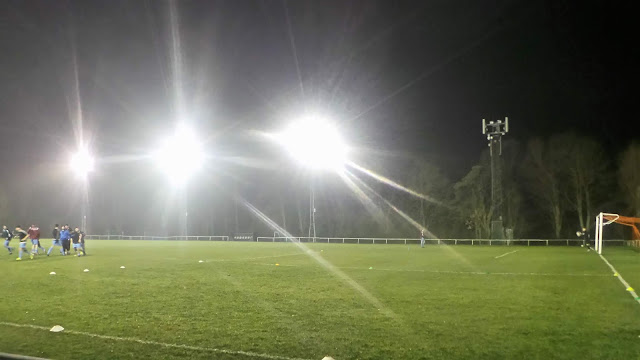 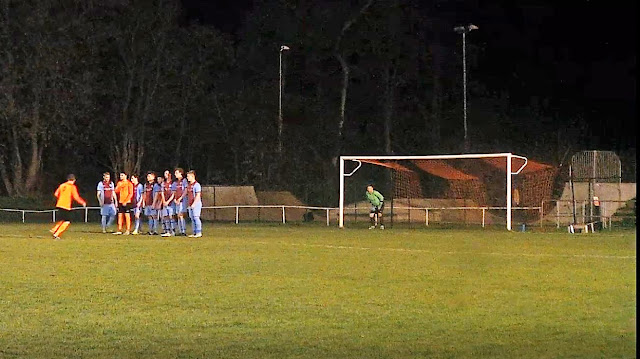