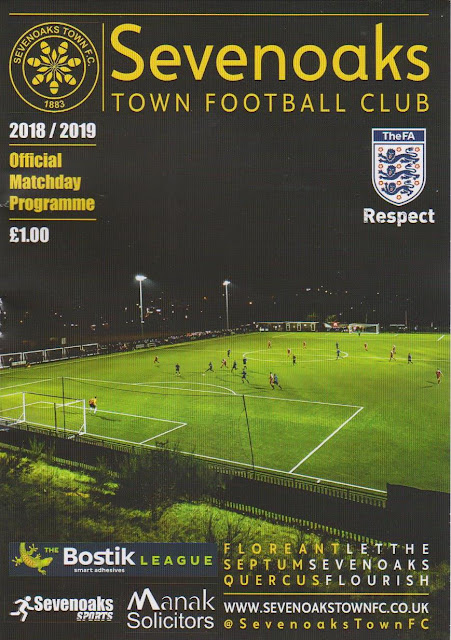 The club was established in 1883 and was known as Sevenoaks up until 1906 when they switched to their current name. They were founder members of the original Kent League but would only stay for a single season, switching to the more local Sevenoaks League and Kent Amateur League. In 2003, they finally made the step up to Kent League and although finishes were not always positive (they finished bottom in 2005/06), they'd remain here until the end of last season when they were crowned champions of what now was known as the Southern Counties East League - Premier Division. They are enjoying a respectable first season in the Isthmian D1 South East and sit in a respectable 11th place at the start of the game.

Sevenoaks Town have been entering the FA Cup since 2005. Their best season so far has been the 2015/16 season when they beat Sporting Club Thamesmead, Horsham & Lewes (after a replay before going out to Chesham United, again in a replay after gaining a 2-2 draw at home). The FA Vase 3rd Round was reached in 2017 as they lost out 3-1 to eventual finalists Thatcham Town. Local honours include the Sevenoaks Charity Cup on three occasions, plus the SCEFL League Cup in 2017. The town of Sevenoaks has a population of just under 20,500 according to the 2011 census. The town was especially badly hit during the 1987 'Great Storm' with just one of the seven oak trees at the Cricket Ground that gave the town its name, left standing. Famous people to come from Sevenoaks include Strictly Come Dancing's Anton Du Beke. 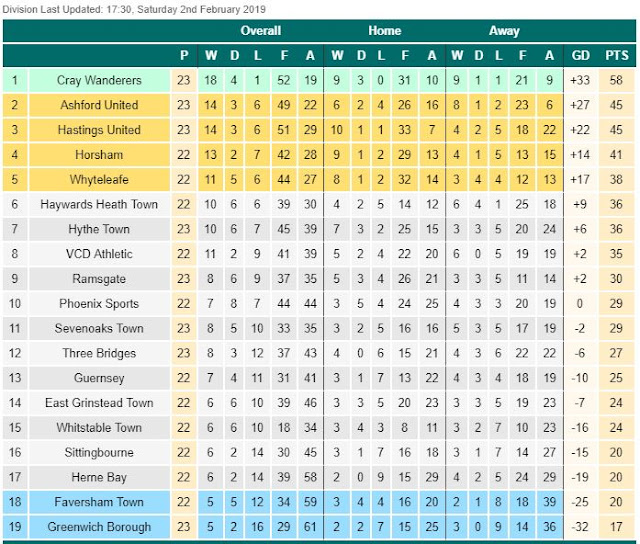 I was on my own once more this Tuesday, with fellow hopper Anwar not fancying anything. My first choice was May & Baker on the train, but predictably, that fell fould of the weather. I had a few revisits in mind, but with the yet to be visited, at least not for a game. I'd not done a new ground for a while, s a new one was a real bonus. The day of the game came and it was my usual day off. I walked the 8 miles down town and back, buying a few random bits whilst down there. I arrived back around lunchtime, learning then that my first choice was off. I'd have loved to go by train to Sevenoaks, but it wasn't very inconvenient, plus the pubs were nothing to write home about. I spent the afternoon researching Sevenoaks Town's history and also planning in some upcoming games, including a game at Appleby Frodingham with fellow hopper Chris on Friday. It meant that I'd have to fill up my car with fuel for the first time in ages to do both trips. In recent times, I'd just been topping it up, as I was planning on getting a new vehicle. Sadly, my searches for something decent had drawn a blank, at least for the price I was looking to pay. There were plenty of cars further afield, but just like our pubs, our car garages were woefully inept at providing me with what I desired. After a dinner of pasta, I eventually got away at 5.10, stopping at our local garage for petrol although only sticking £20 in as it was 5p more expensive per litre than at work. It was then a trek around the M25 with the inevitable delay which added 40 minutes to the journey. I got to the ground at 7.05, going up on the hill behind the ground to get a good picture. 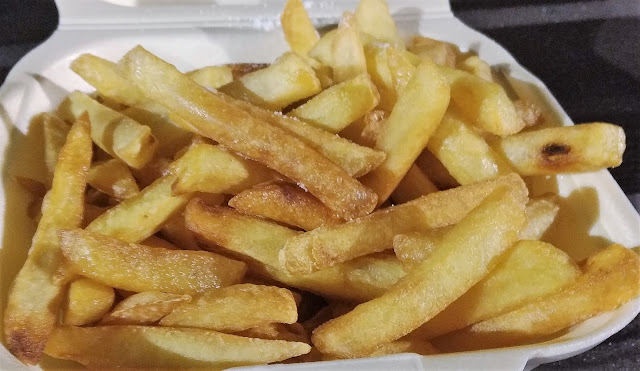 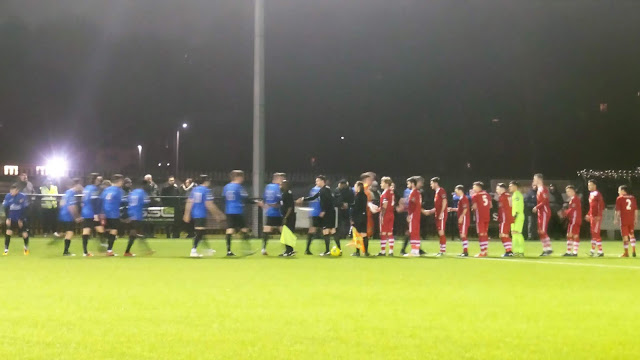 From there I went in, admission was a reasonable £8 which included a programme. I also got a portion of chips for £1. A few Whitstable fans had opted to stand on the hill as it offered a good view. They were in decent voice and their side started brightly, the ball was in the net in the opening couple of minutes but it was ruled out for a foul. Generally, though, there was little quality in the final third and although the hosts got back into the game, it was goalless at the break. Finally, on 59 minutes, Whitstable had a deserved lead. A ball forward found Steve Smith and he lifted the ball over the onrushing keeper. The hosts then had their best spell of the game, but never really looked like scoring. Sevenoaks had wasted yet another chance with a free kick in a good position, but finally, they had a decent shot on goal just as full time was approaching. It was a real rocket from outside the area by Ainsley Everett. Overall it had been a dull game (seemingly in keeping with other games I'd seen in Kent) at a dull ground. On the upside, they'd been a friendly club and everything was well priced. I got back to the car, leaving at 9.40. I listened t0 the radio on the way back, the surprise result being Newport County's 2-0 win over Middlesbrough in the FA Cup. I was back at 10.50 and in bed 20 minutes later, watching TV for a while before going to sleep. 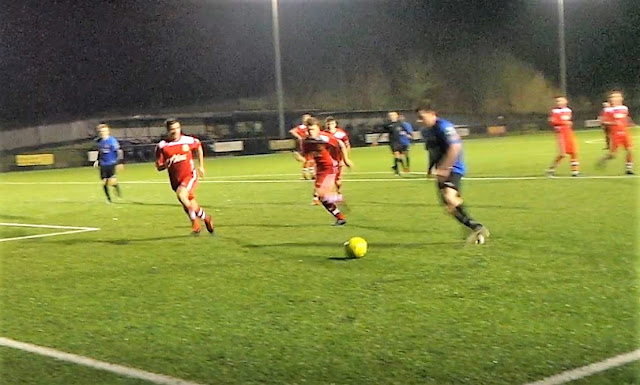 
GREATNESS PARK is typical of modern grounds and is made up of various metal stands. The majority are on the far side with two seated and one standing. There's also another seated stand behind the goal, plus a small covered stand on the near side. Overall, I'd estimate around 250 seated and 150 standing under cover. The tea bar at the ground is good, with a decent choice at fair prices. Although the spacious clubhouse was open, there was no alcohol being served with a single pair of pumps covered by a tea towel and a few forlorn-looking bottles on a shelf. The town is a 1.5-mile walk away and has a Wetherspoons amongst its establishments. This would probably be your best bet if you have time and fancy a pint. There is a reasonable range of merchandise available in the bar, a list of which is on the website. 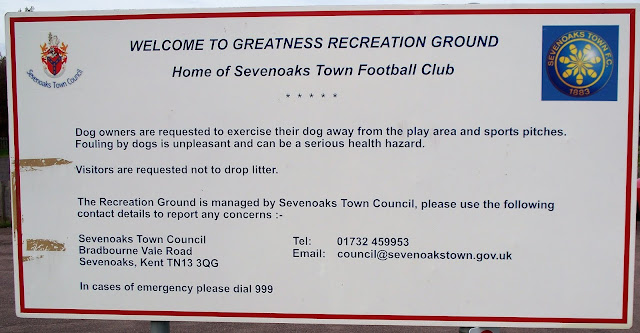 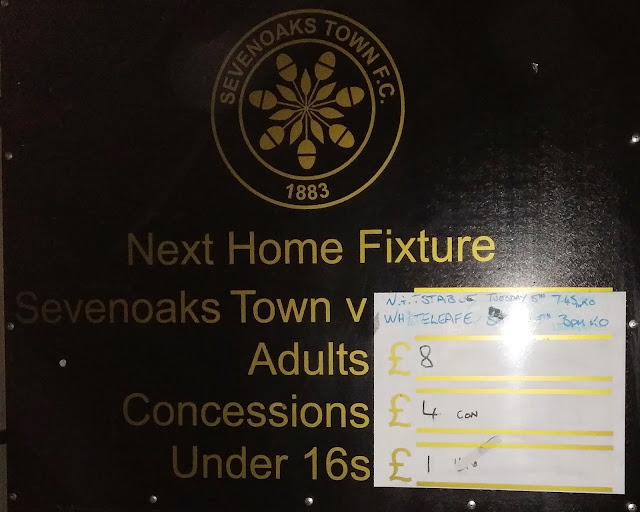 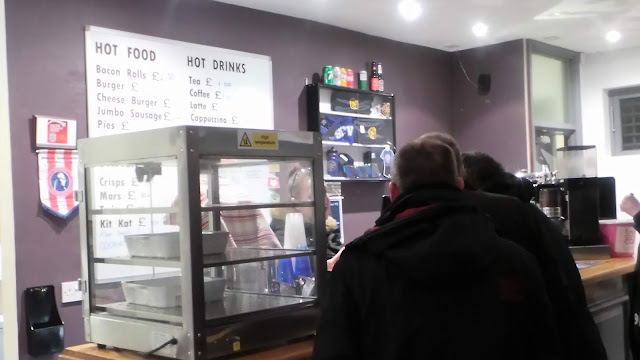 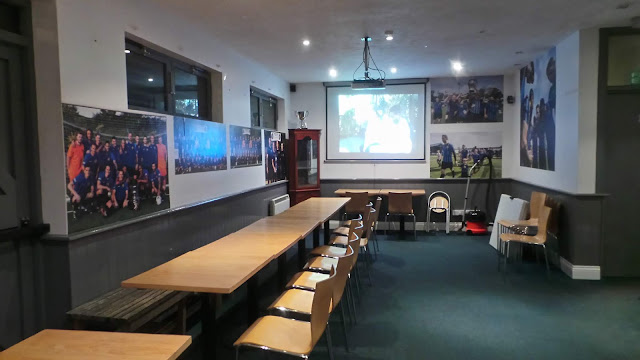 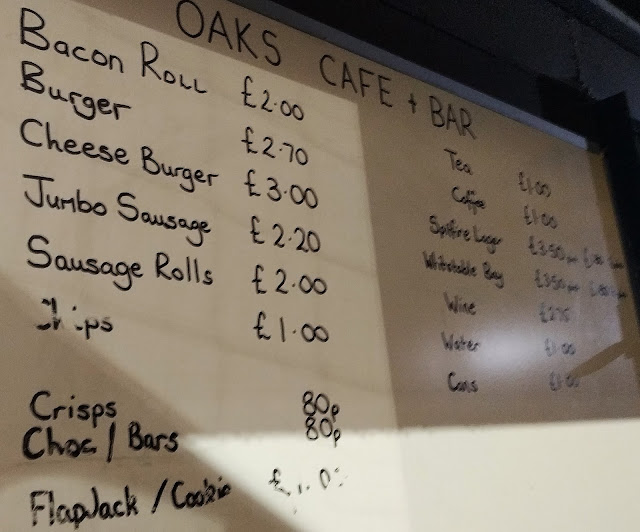 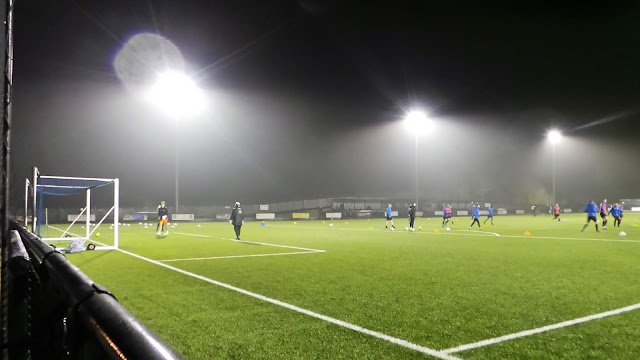 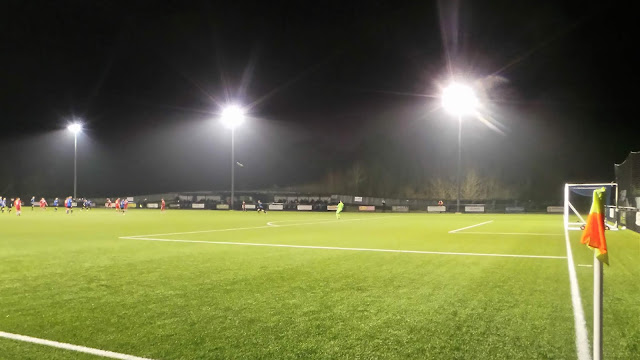 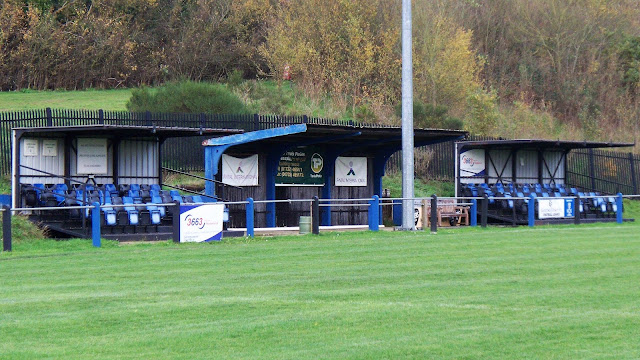 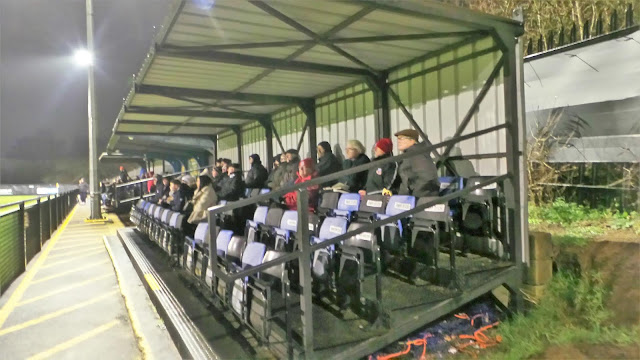 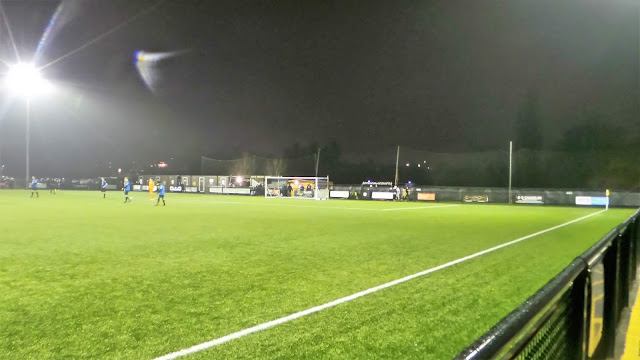 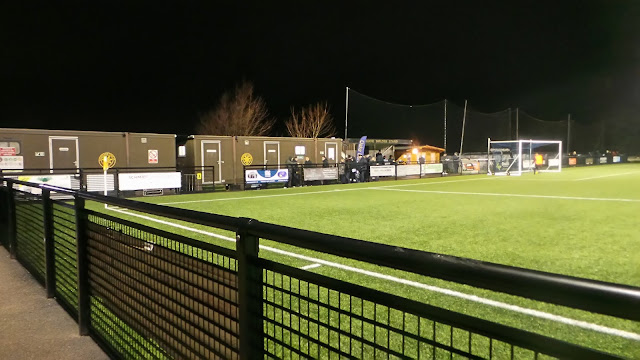 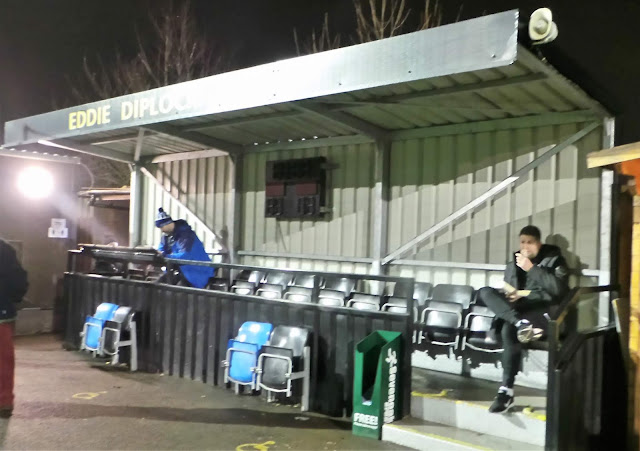 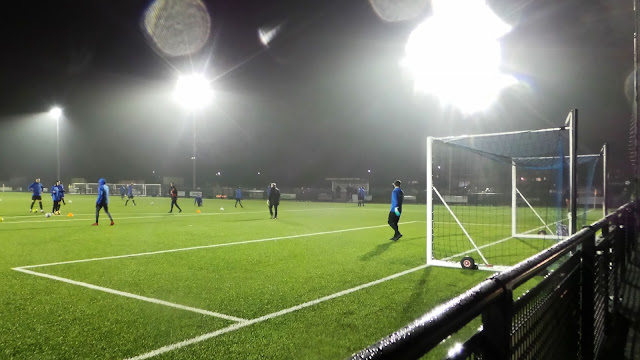 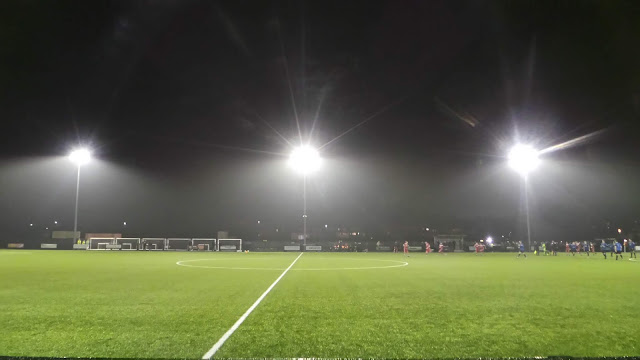 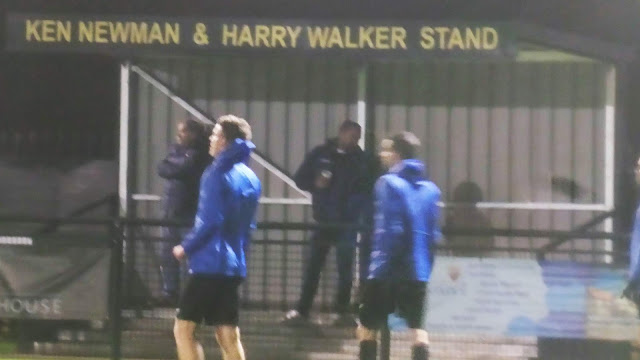 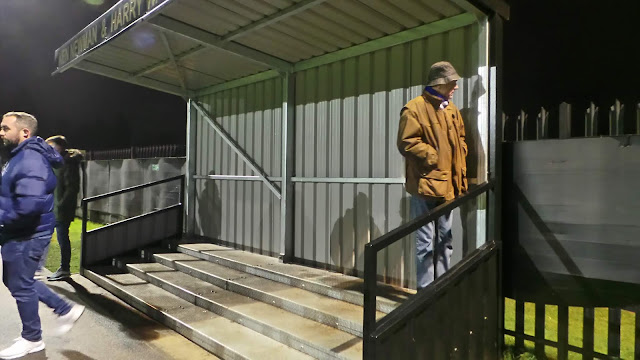 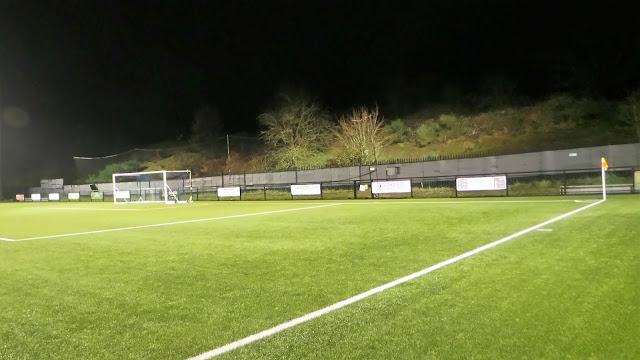 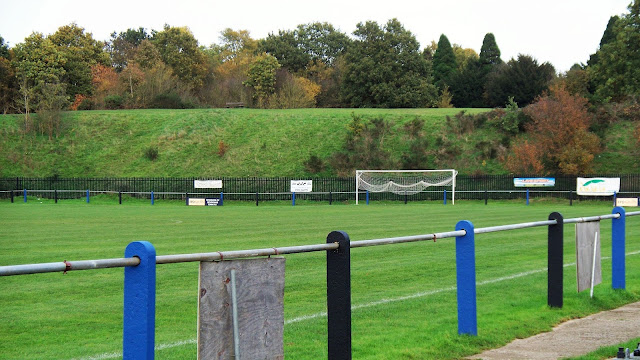 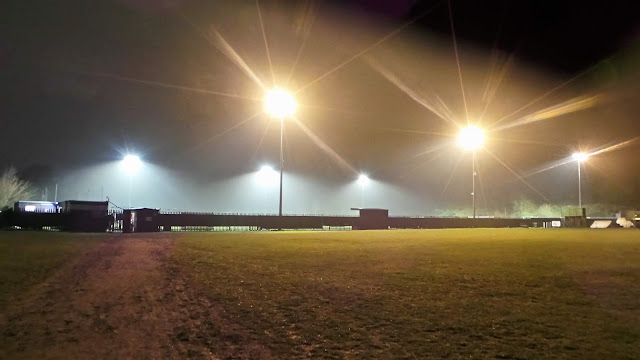