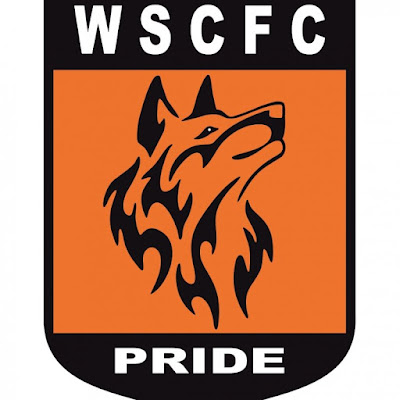 The club was formed in 2001 and were initially known as Chubb Sports due to their association with the lock manufacturer. A name change to Harth Town Rangers followed after the factory was closed down and sold for housing. That lasted until 2010 when they changed their name to Wolverhampton Sporting Community. Entering the West Midlands (Regional) League in 2006, the club started in the step 8 Division 2. They won the league at the first attempt and then gained a second successive promotion the following year after finishing 3rd behind Birchalls United and Bridgnorth Town Reserves. Though they finished 8th in the 2008/09 season, seasons of struggle in the Premier Divison with Wolves Sporting not recording another top third finish until 2016. The form has dramatically improved since then and after finishing 4th and 3rd in previous seasons, the club won the league last season and will compete in the Midland League Premier Division this coming season.

Wolverhampton Sporting Community have had two FA Cup campaigns - both ending at the first hurdle in the Extra Preliminary Round. A 2-1 defeat to Tividale in 2016 was matched by a 3-2 loss to Haughmond last season. Last term also bought a record FA Vase Run- starting in the 1st Qualifying Round, wins over FC Oswestry Town (5-0), Heath Hayes (3-0), Staveley Miners Welfare (4-2), Rugby Town (2-0 in a replay after a 2-2 draw), Shepshed Dynamo (5-0) & Cogenhoe United (3-2) before a pulsating 4-3 defeat to Leighton Town that was much delayed due to poor weather. Local cup wins include the Staffordshire Challenge Cup in 2008 and the West Midlands (Regional) League Cup in 2018. Though the club originally hail from Wolverhampton, they are currently based in Great Wyreley which has a population of just over 11,000. Famous people who lived in the town include the famous West Bromwich Albion player Ronnie Allen who made 638 appearances for the Baggies as well as gaining international honours for England and managing at The Hawthorns. 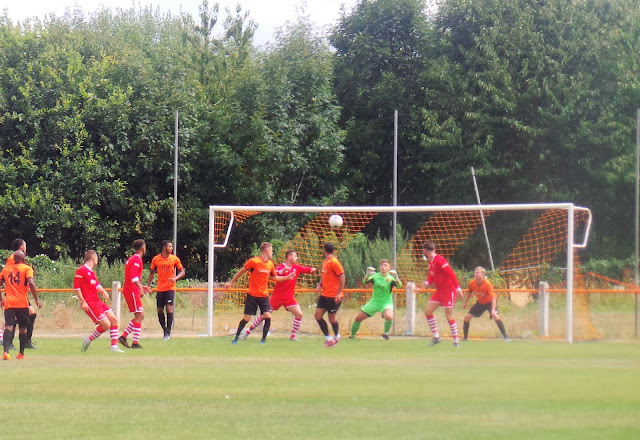 This double was only decided on Thursday evening whilst fellow hopper Anwar and I were at Mursley United. Initially, I’d fancied a double involving a competitive game at Sleaford Town in the evening, but with Anwar needing to be back home by 9, an alternative plan was needed. Luckily, Wolverhampton Sporting Community had a midday kickoff against Rushall Olympic and so we could still do a double. It was all a bit of a rush though and I had a busy Friday night researching club histories and planning routes. I also had to factory reset my phone as it was playing up and although I hope to get a new phone soon, I had to do it as it had become frustrating to use. I had a few drinks whilst doing it, and later on, listened to the Two Mikes before going to sleep just before midnight. 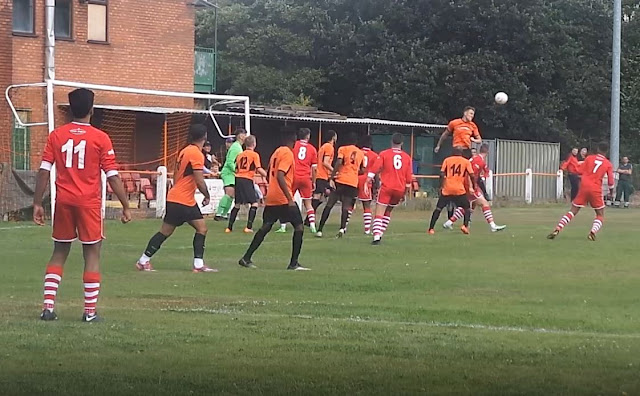 The morning of the game came and I woke at 6 am. I had breakfast and also bought a Windows tablet as a replacement for my laptop. At only £108, it had mixed reviews, but should hopefully be a bit more portable and useful for typing my blog on the move. I also got an 8x nectar points offer, so it was a good time to buy. After getting ready, I left at 9, meeting Anwar in Aylesbury at 9.30. It was a decent journey up, even if Google Maps did try taking me via the M6 toll, which I ignored. My woes with my Renault continued, a fuel injection warning came up on the dash and the car felt underpowered. Luckily it was drivable though, but another in a long line of issues that I’ve had with the car. We got to the ground at 11.40 and I got pictures of the ground and caught up online while I waited for kick off. 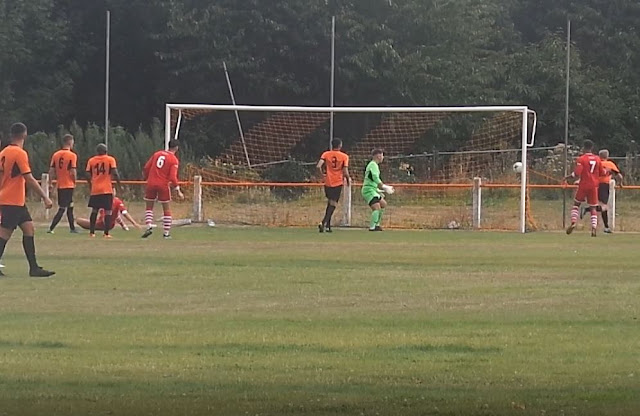 It was a decent game, Wolverhampton Sporting Community edged the opening exchanges, but it was Rushall Olympic that took the lead on 7 minutes. Good work and a square ball from Lewis Archer set up Danny Waldron to tap home from a few yards out. Both sides had chances after that, the home keeper especially making a good save, but it was still 1-0 at the break. The second half brought the expected drizzle, so we retired to the stand. Rushall Olympic had started to take control by now and they doubled their lead on 49 minutes. A free-kick was put in by Simeon Maye and Joe Hull got the deftest of touches to take it past the home keeper. The game was wrapped up on 86 minutes, Kyle Delaney with a great through ball to Danny Waldron for the player to complete his brace with a low shot from around 10 yards to make it 3-0. 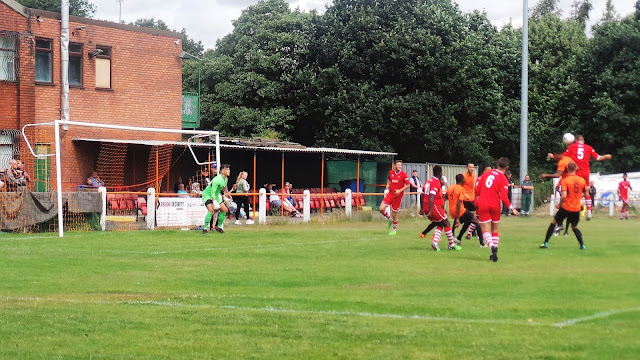 PRIDE PARK is a decent venue for step 6. It is a bit worn in places, but that's what gives it it's charm. Both of the covered areas are behind the goal and both are seated, holding around 300 between them. The rest of the ground is open, mainly flat but with a couple of steps of terracing in places. There's a bar upstairs, this is large and pretty smart. Hot drinks are available too, but no food when I visited. The town is around a 15-minute walk away and has a number of takeaways and pubs. 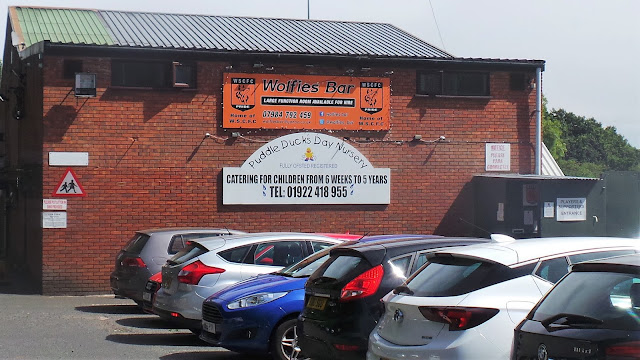 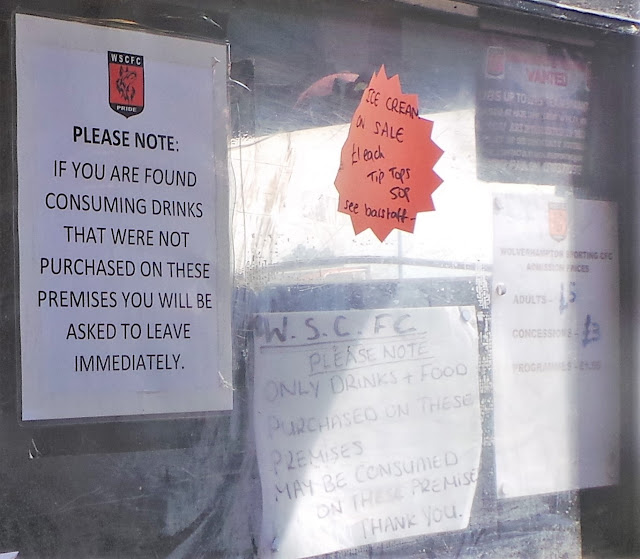 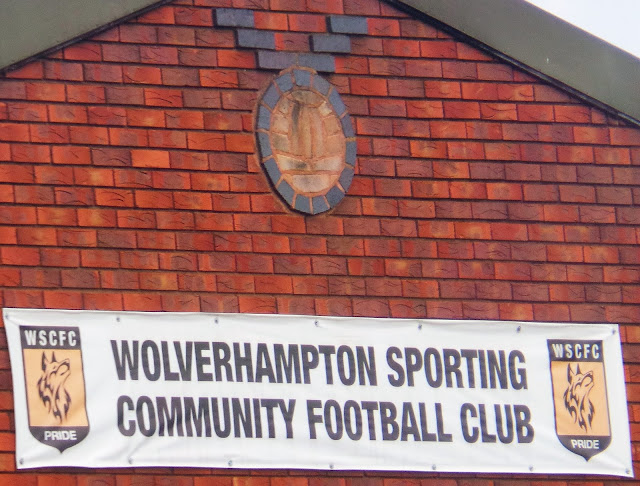 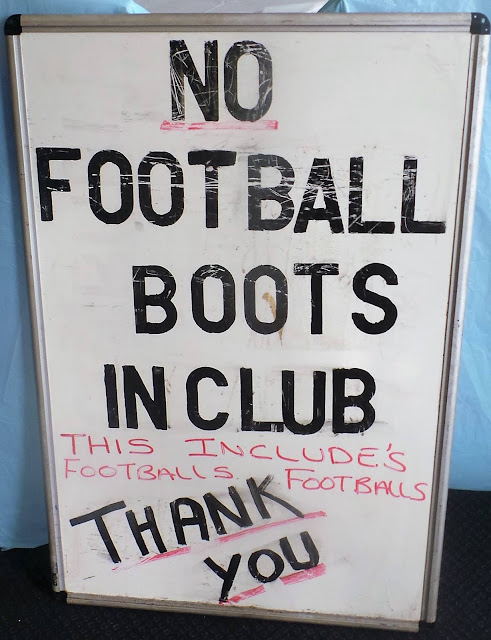 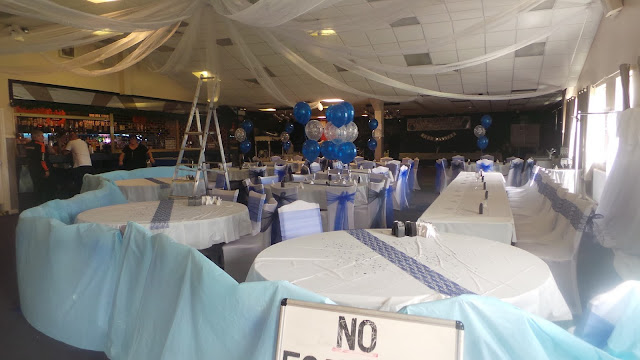 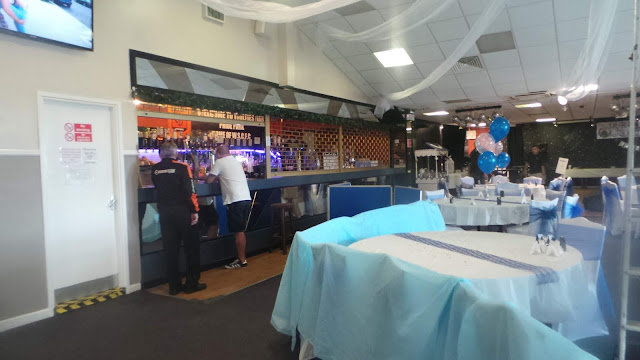 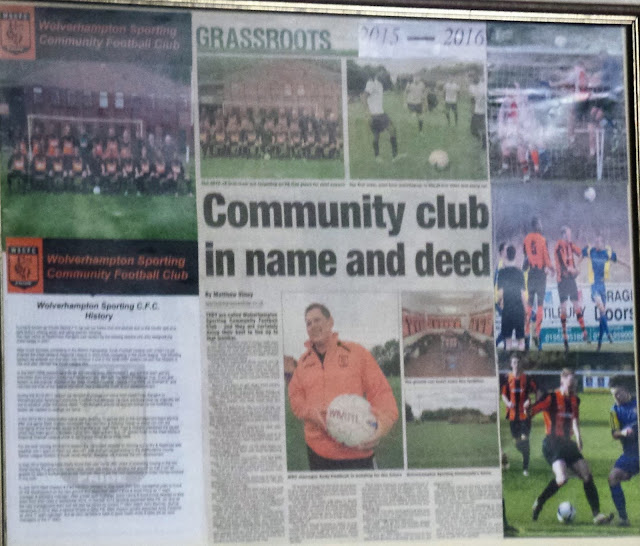 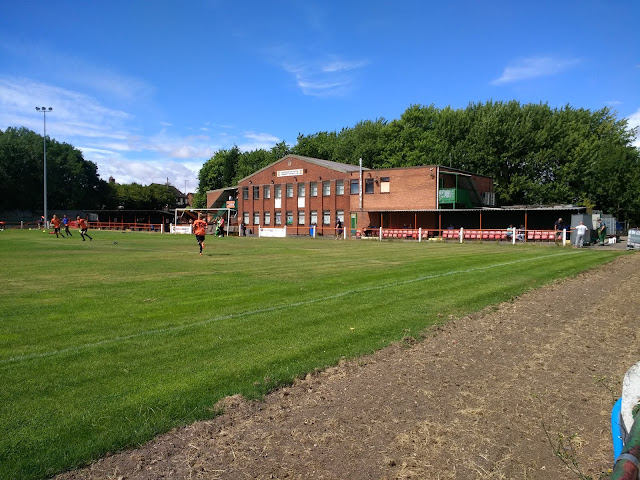 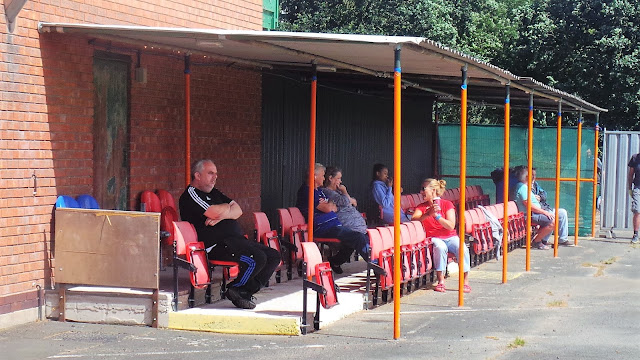 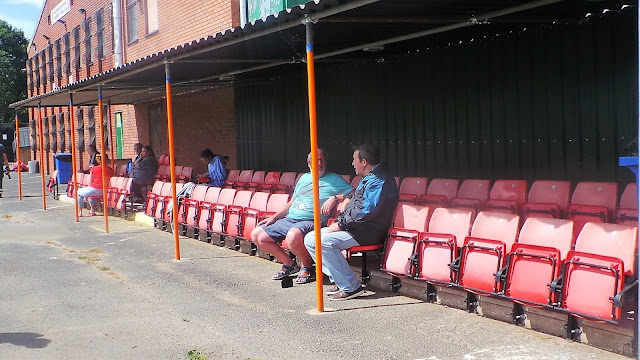 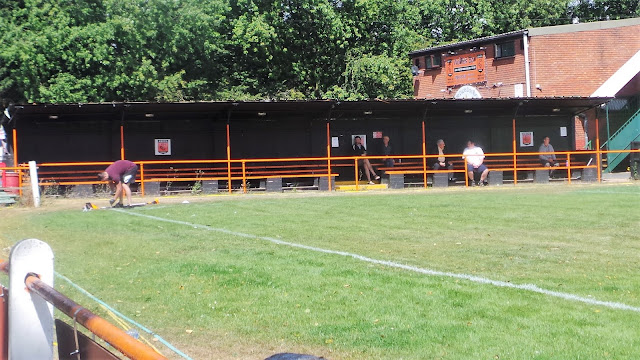 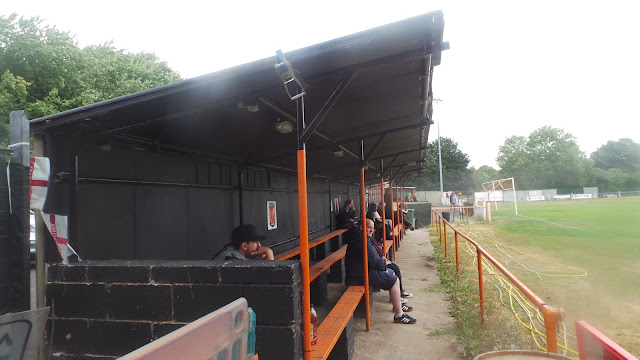 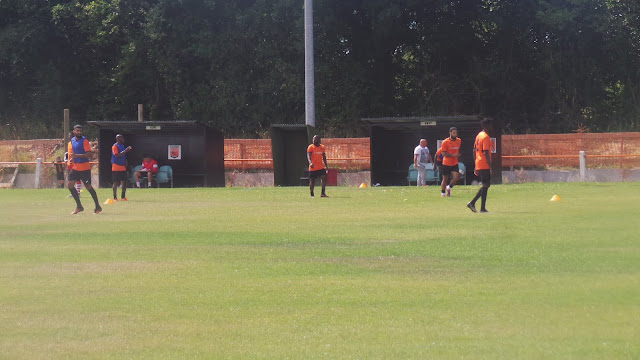 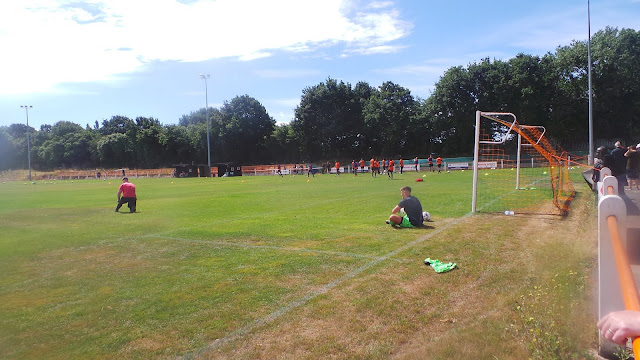 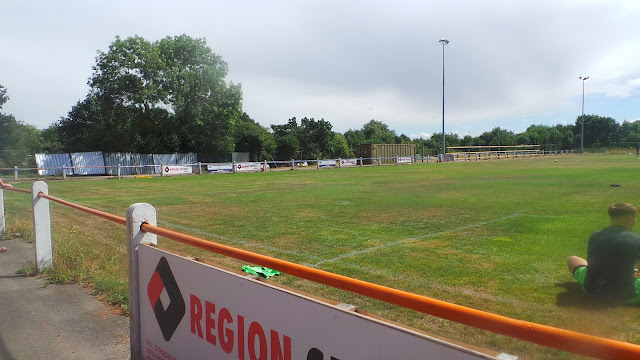 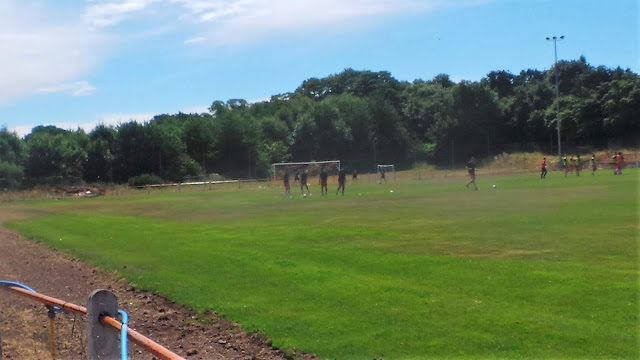 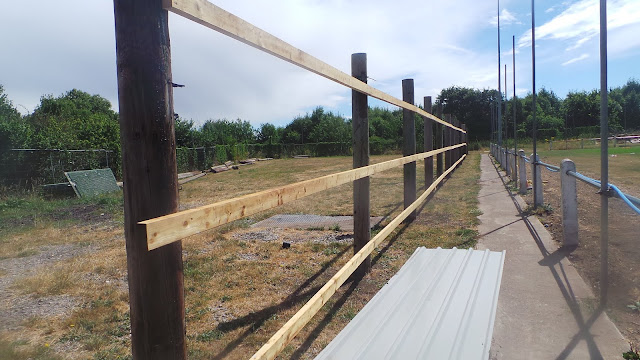 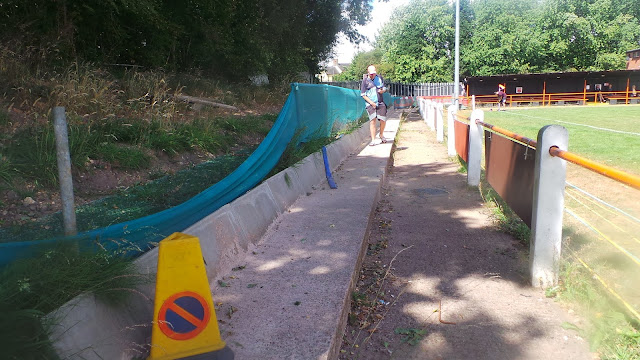