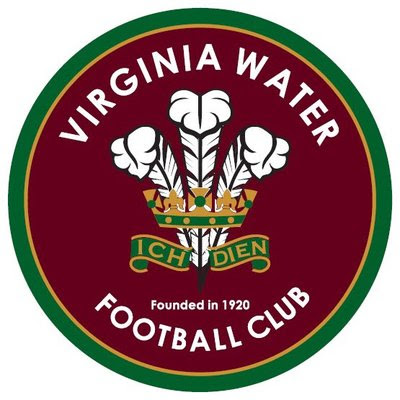 The club was established in 1920. They've played at The Timbers for the vast majority of their history - the ground getting its name in 1969 in memory of one of its founder members, Harry Timbers. They played in the Woking & District League during their formative years, even gaining financial support from the crown to the sum of £2 per year, this during the reigns of King Edward VIII and King George V. They progressed to the Surrey Intermediate League, later joining the Spartan League and London Senior League. A spell in the Combined Counties League followed, with a best-ever finish of 7th in 1982 and 1985. A poor spell in the late 1980s and ever-tightening ground grading have seen Virginia Water playing in what today would be regarded as step 7 and below in recent history. Highlights have included two Surrey County Premier League titles and a Surrey Elite Intermediate League championship. The latter saw them promoted to the Hellenic League in 2017 after entering a groundshare agreement with Windsor. They were an immediate hit, winning Division 1 East at the first attempt and for the coming season will take their place in the Hellenic Premier. They reserve and youth teams currently still play at their spiritual home, but not for the first time in football, objections from local residents have prevented them from building their own ground with the required facilities for step 5 football.

Virginia Water are yet to make their FA Cup bow and have not competed in the FA Vase for some years. Their best run in the latter came in 1975 when they won 3-2 at Ulysses but were defeated 4-0 by current landlords Windsor & Eton in the second round. In local cups, they've won four Surrey County Premier Cups and a Surrey Elite League Cup. The town of Virginia Water has a population of just 5,940 but has had many current and past famous residents including Bruce Forsyth, Elton John, Cliff Richard, Kirsty Gallacher, Nick Faldo, Kevin Pietersen and Prince Naseem Hamed.

When Virginia Water were promoted at the end of the 2016/17 season, I was disappointed when they opted to share at Windsor FC rather than use their own ground. The reason why not turned out to be the all too familiar objections from local residents which had stymied their progress. The Timbers still looked to be a reasonably decent ground to visit, so I'd bear it in mind for the future. The opportunity came for a pre-season game against Banstead Athletic when all the hoppers I normally give a lift to were busy. Mt other option was Chesham United v Wycombe Wanderers but with admission a tenner and me having been there recently, I opted for my original plan. 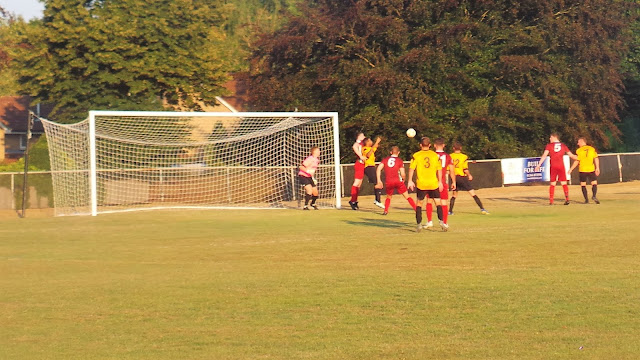 It was my usual Tuesday off on the day of the game and the one day I get a reasonable night's sleep. I had my usual walk down town in the morning, coming home and having the scampi and chips I'd bought for lunch. In the afternoon, I researched Virginia Water's history, thanks mainly to the excellent website that they'd provided, much better than using the standard Pitchero template. I also watched some old episodes of 'The Bill' on YouTube, a great show that I've not seen for years. It was nice to see that a number of hoppers were heading to the game, hopefully drawing a decent crowd for the occasion. After some dinner, I left at 6PM, hopefully leaving plenty of time to allow for any potential delays. It turned out to be a wise choice, though not as bad as usual, I only got there around 10 minutes before kick off. It was good to meet fellow hoppers Laurence and Joseph and have a brief chat. 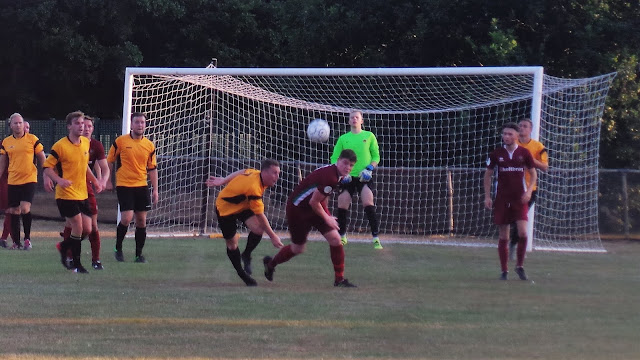 Virginia Water came into the game on the back of a 100% record, having won 1-0 at Farnham Town and defeated Royal Holloway Old Boys 3-0. Visitors Banstead Athletic were yet to win, having lost 1-0 at home to South Park last week. Despite this, it was Banstead who started much the stronger side and they took the lead on 11 minutes when a cross from the right was met with a looping header by Liam Holden. Though it was the visitors that continued to have the better of the play, it was Virginia Water that equalised on 25 minutes. A good through ball found Harvey Griffiths who kept his calm and put away a low shot from the edge of the area. Banstead Athletic deservedly regained the lead on 38 minutes, another cross from the right and another header from Holden from around the same spot as the opener exposed Virginia Water's defensive weak spot on the night. Both sides had chances in a less frantic half, but the visitors were full value for their win. They extended the lead to 3-1 a couple of minutes before full time. It was another cross, this time from the left that went on off the boot of home defender Finn Evered following an unfortunate deflection. 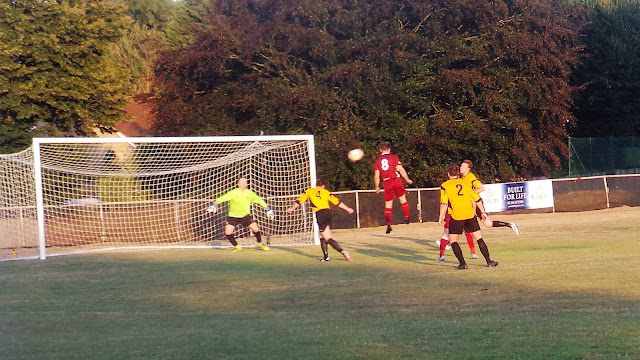 There was an attendance of around 40 on the night, a decent proportion which would have been groundhoppers with just a handful of fans from either side. It was a rare chance to tick off a ground that wasn't usually used for first-team football. I chatted to a friendly older hopper who had come up from Havant for the evening. Like me, he wishes he'd got into hopping earlier - I only started properly in 2012 and have missed out on the likes of Cambridge City and Wokingham Town which would have been easily doable. My biggest regret, however, is missing out on Wycombe's Loakes Park, with me getting into football around 16 months too late to see a game there. Talking of Wycombe, they scraped a 2-1 victory in the last few minutes but I heard from people that went that the performance was a lot better than that. I left at 8.50, having a much better journey home, getting in at 9.25. I sorted out my photos before watching TV in bed. It took me ages to get to sleep though and so I needed a nap the following afternoon after my 4 am start at work.

THE TIMBERS is a very basic setup without any cover. The whole of the pitch is railed and is raised above the level of the car park. There's a clubhouse too, though I didn't check out what they had on offer. Certainly, the ground is worth a visit as the club hope to find a new home soon. The train station is around 20 minutes away with a pub and a row of shops including a chippy a little closer. 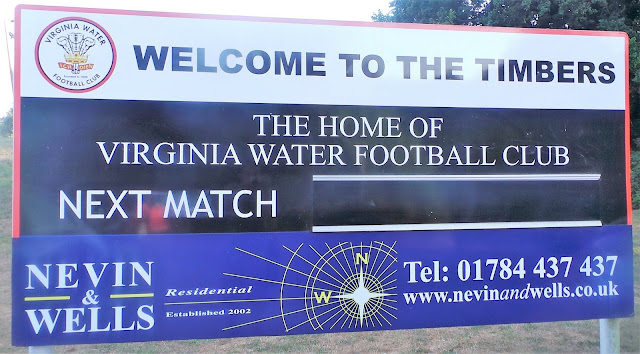 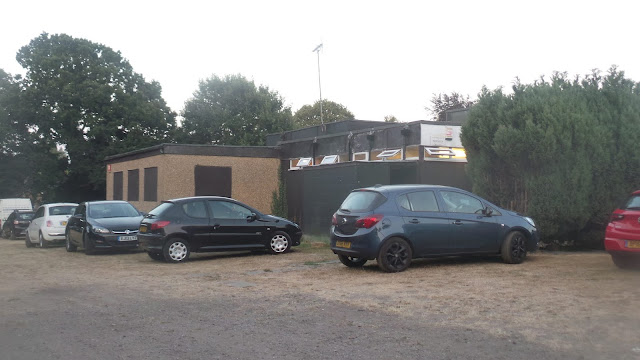 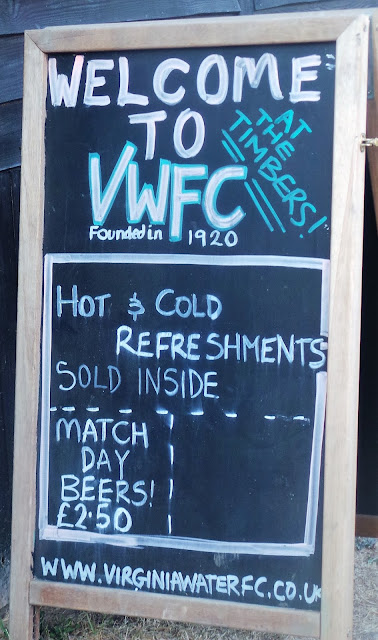 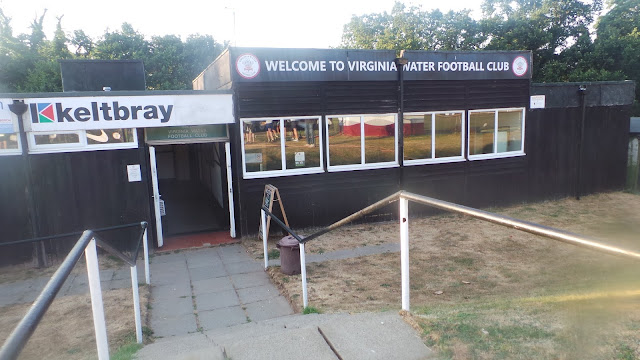 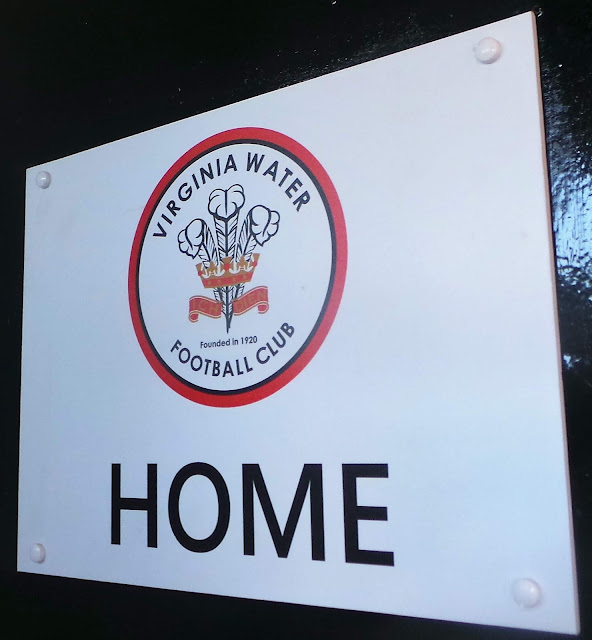 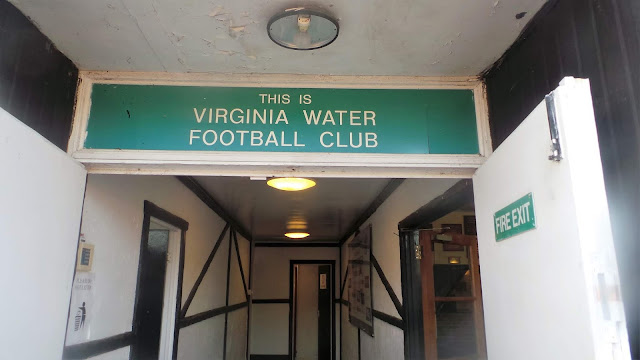 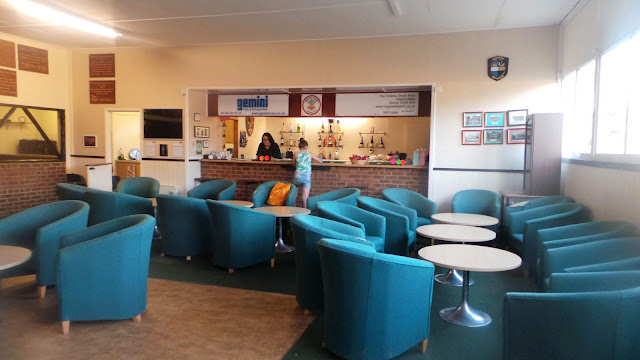 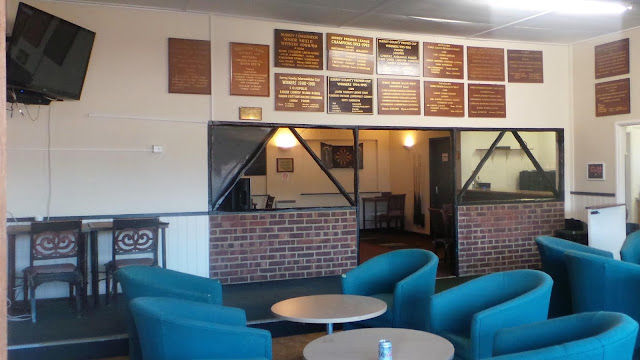 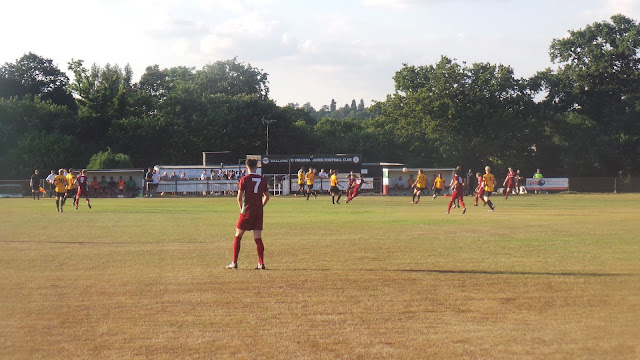 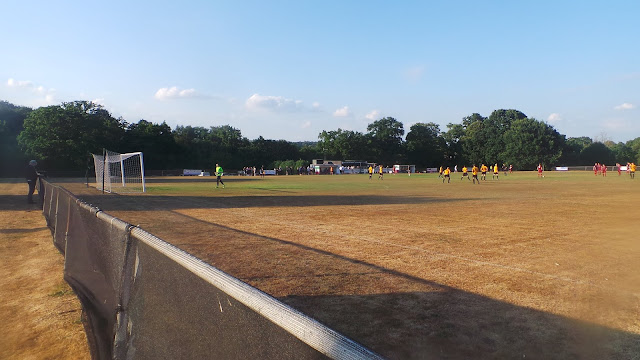 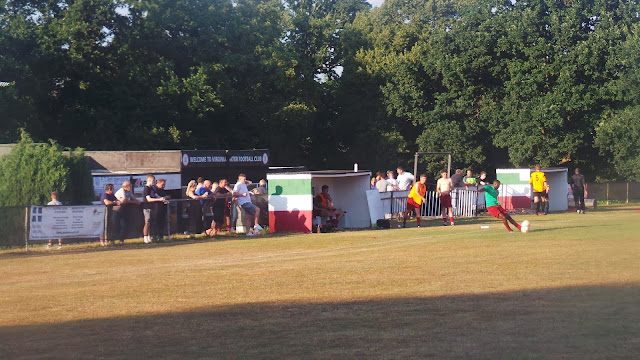 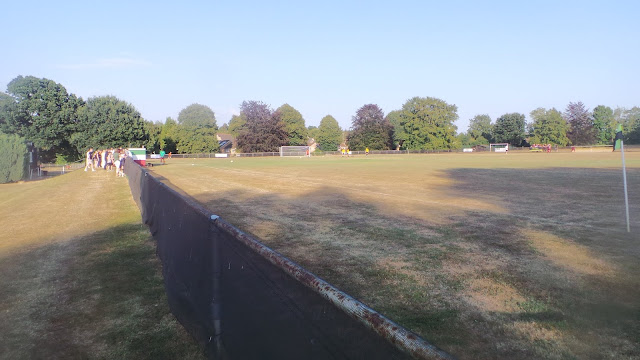 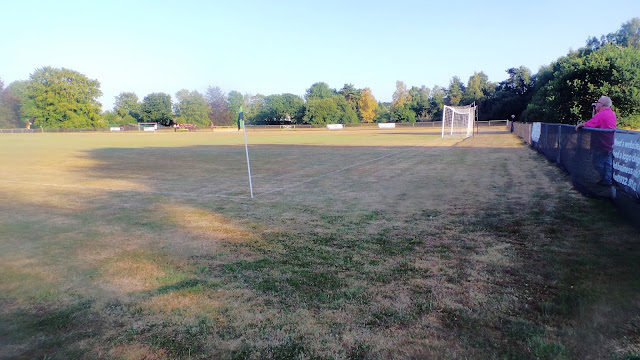 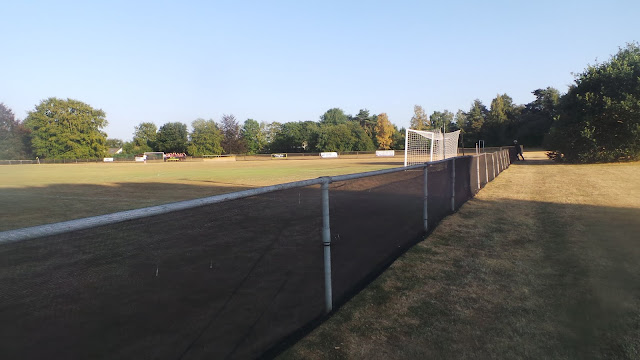 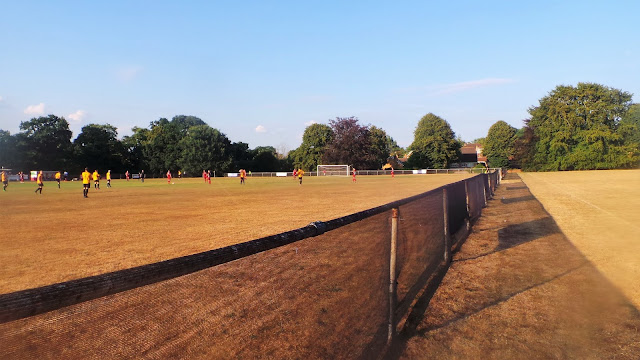