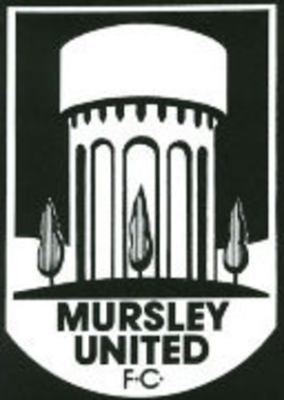 The club was established in 1947, joining the North Bucks League upon formation and winning the league's 2nd Division in 1964. Though they folded in 1977, they reformed the following year as a Sunday League side. Mursley United rejoined the North Bucks League in 1993, winning the Intermediate Division two years later. In 1996, the club joined the Spartan South Midlands League and have played there ever since. They started out in Division 1, later renamed Division 2 which sits at step 7 of the non-league pyramid. They were champions of the league in 2002, but couldn't take promotion as they don't have the required facilities in place. Local cup wins include the Spartan South Midlands Division 2 Cup as they beat Luton based 'The 61' FC in the final of 2017. The village of Mursley itself has a population of just 611 with its most famous landmark being the water tower that features on the club badge. 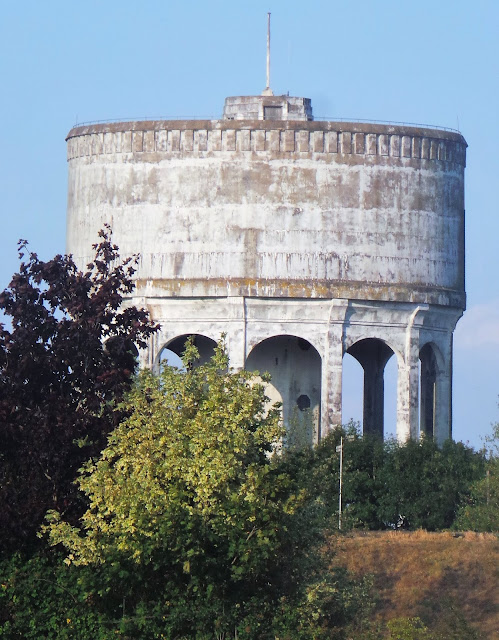 I'd not really considered Mursley United as a place to visit. That was until I saw an article purporting to name 'the 5 best grounds in Bucks'. Though all of the nominations were in North Bucks, I'd visited 4 of them. The one remaining one was, of course, Mursley. It was a very basic setup, just a rope around the pitch, but it did have an attractive clubhouse as a backdrop and a bit of cover thanks to this. Had it been a distant ground, it would probably have been off my radar, but with it being less than 25 miles from me, I decided to pay it a visit. Fellow hopper Anwar was up for a visit too, and with his place being en route, it didn't take us long for us to find a suitable weekday evening for a visit. 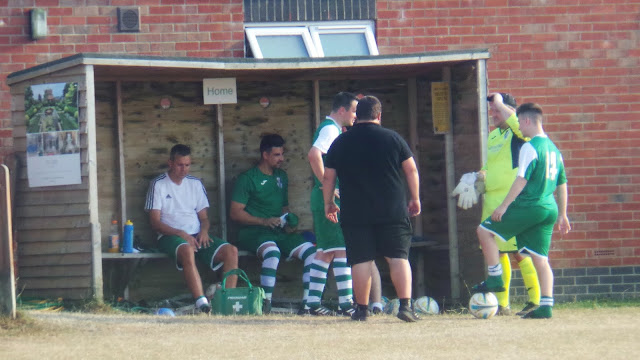 On the day of the game, it was the standard day at work, with me getting home around lunchtime, I spent the afternoon catching up on various things, including to plan future groundhops. I'd confirmed with the club that the game was on yesterday, but even so, I had a backup plan in Old Bradwell United v Wooton Blue Cross planned. I had a nice dinner before leaving home at 5.45. I was in Aylesbury 25 minutes later to meet Anwar and we were soon on our way. We discussed our options for Saturday, eventually plumping for a double Of Wolverhampton Sporting Community v Rushall Olympic and Shifnal Town v Lye Town. We got to the ground 10 minutes before kick off, getting some pictures on what was a pleasant evening for watching football. We eventually took a spot on the far side, standing on the halfway line. 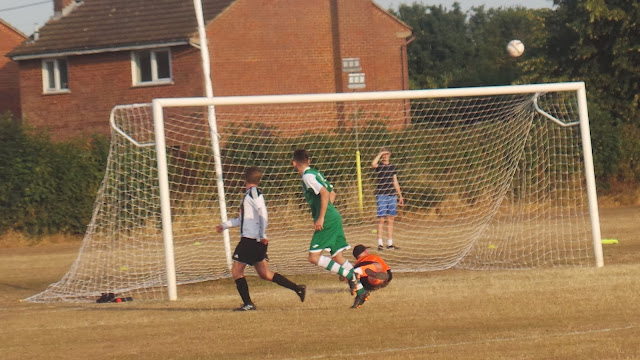 The hosts' pre-season results had been mixed so far. They'd lost 4-0 at home to Buckingham Athletic on 14th July but had recovered sufficiently to overcome Great Lingford 3-1 on the following Saturday. Visitors Hanslope play in the North Bucks League, finishing 5th in it's Premier Division last season and although I couldn't find any of their results, I found that they had a near 30 mile round trip for tonight's game. The game was to be played in three thirty-minute thirds, rather than two halves. Mursley started on the front foot and could have been ahead in the opening 30 seconds. They eventually took the lead on 11 minutes, though it's one the Hanslope keeper will want to forget. He came out to get the ball but was beaten to it by the Mursley #11 who rounded him and slotted into the empty net. Mursley were well on top and the same player wasted a great chance on 18 minutes, blazing over from a few yards out when it looked easier to score. The visiting custodian made up for his earlier hesitancy with a string of fine saves and there were a few shots cleared off the line too, the score still 1-0 at the end of the first third. The second third was a little less frenetic, the only goal coming on 45 minutes. #7 for Mursley completed a good run down the left by cutting in and finishing past the keeper from a tight angle to make it Mursley United 2-0 Hanslope. 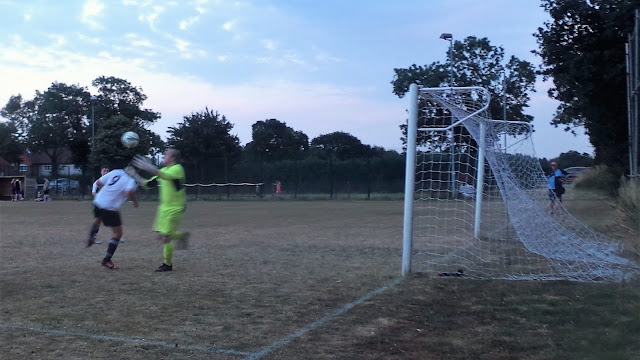 The final third saw the hosts further assert their dominance. Two minutes in, they extended their lead to 3-0 when #16 capitalised on hesitant defending to poke home from close range. Four minutes later, it was four, #11 getting his second of the game with a finish from a tight angle that hit the right-hand post on its way in. Another couple of goals wrapped the game up around 83 minutes, firstly a square ball and a tidy finish made it five before the game was wrapped up for a final score of 6-0. It was a powerful shot, pretty much straight at the visiting keeper. He, however, couldn't get enough behind it to prevent it going in and the goal was given. We left at 8.45, with me dropping Anwar off 20 minutes later. I got back myself at 9.30, sorting out my photos before getting into bed at 10 and watching TV. 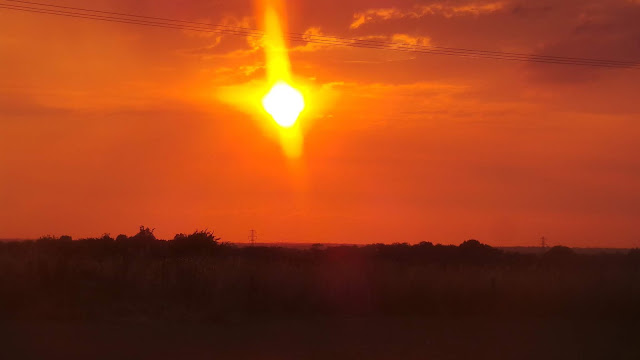 STATION ROAD is a tidy and attractive step 7 venue. Though there is no rail, lights or stand, there is still a nice looking club building and this provides cover for up to 50 at a push. The scenery around the ground is very nice, but with it being open and flat, it's one to do on a warm summers evening rather than a crisp winters afternoon as it gets quite windy. I'm unsure of the facilities at the ground, but the village with such a small place, there is just the one pub, although 'The Green Man' gets good reviews on Google. 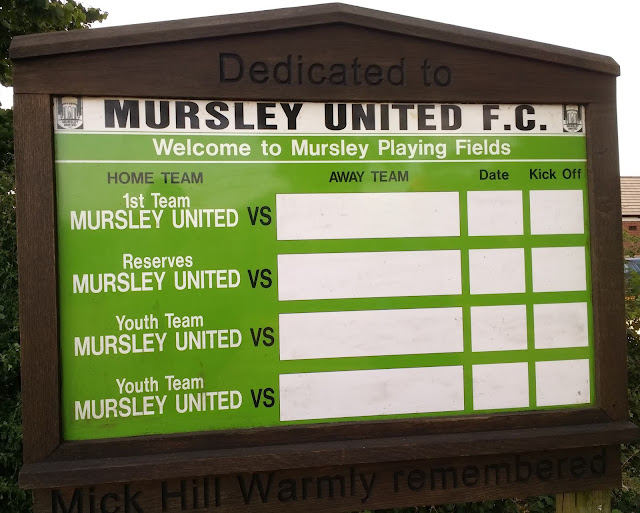 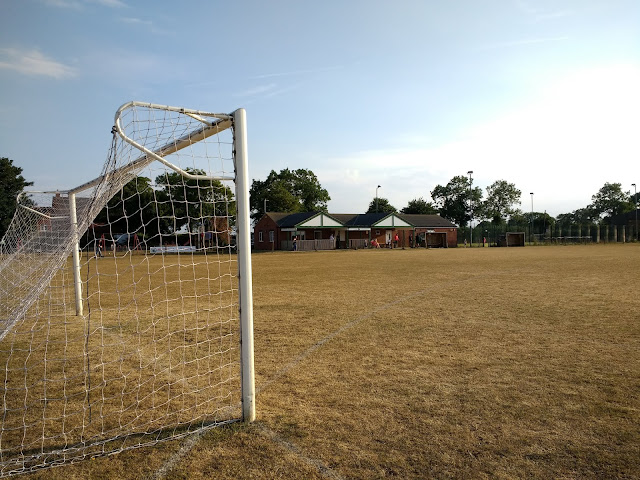 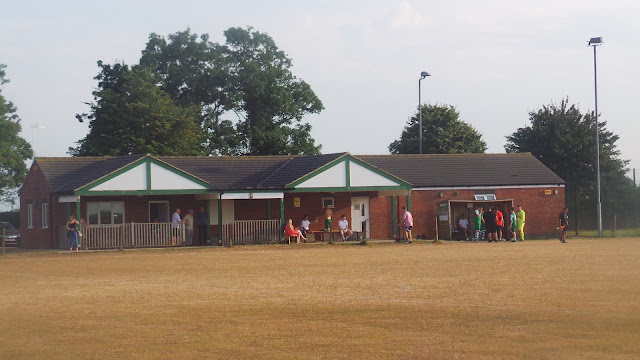 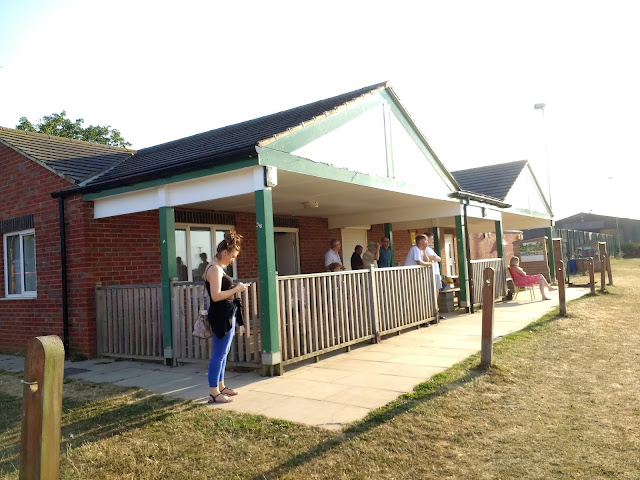 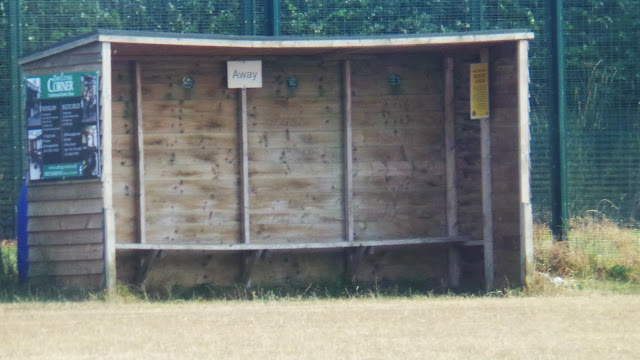 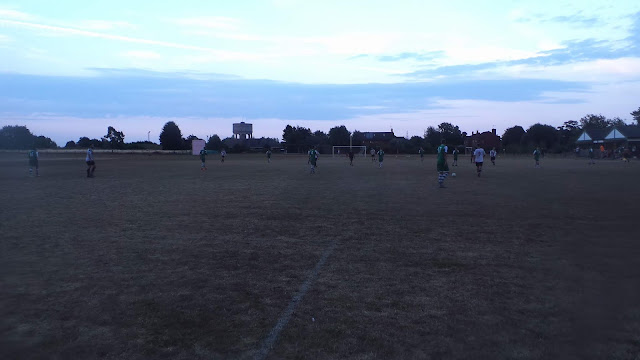 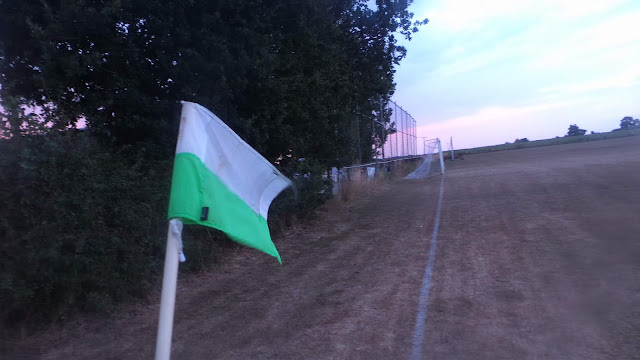 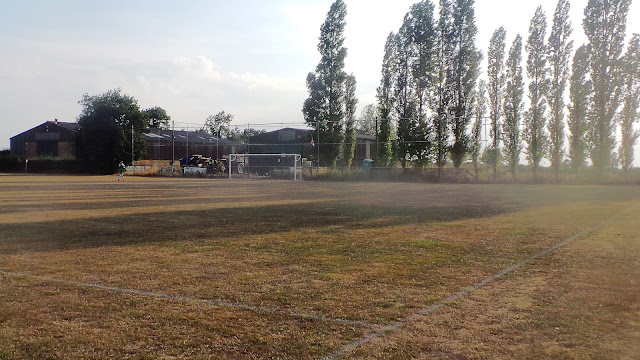