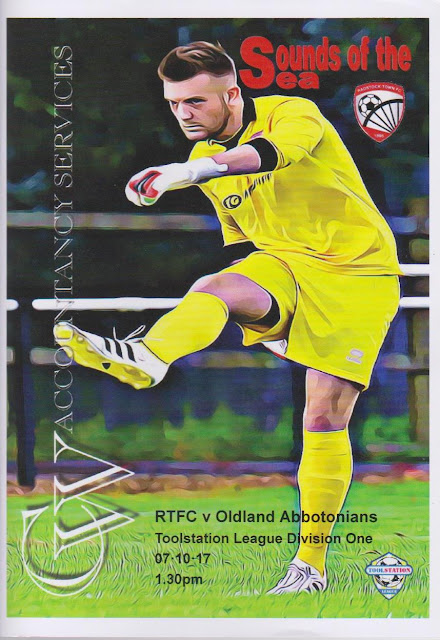 The club was believed to be formed in 1895, although there is history of a football club in Radstock running back to the 1860s. They joined the Western League in 1903 and for the most part, have remained there ever since. Their best ever finish of 12th in the Western Premier came in 2006 and they've also been Division 1 runners-up twice, as well as the former Division 2 on two occasions. When taking a break from the Western League, they've generally competed in the Somerset Senior League. Despite being relegated to its second tier in 1995, they bounced back after a couple of seasons and have been back in the Western League since 2003. Radstock Town enjoyed a purple patch around this time and a nine-year spell in the Premier Division followed. That ended with a second-bottom finish and relegation to Division 1 in 2014, where they remain to this day.

The club has not competed in the FA Cup for a few years and although they have reached the 3rd Qualifying Round on a number of occasions, they have not done so since 1954 when they lost 4-0 at Wells City. In the FA Vase, the best progress has been the 2nd Round, last achieved in 1988 when they managed a 3-3 home draw with Chippenham Town, only to lose the replay 2-0. Locally, they've won the Somerset Senior Cup 13 times with the last win coming in 1985. 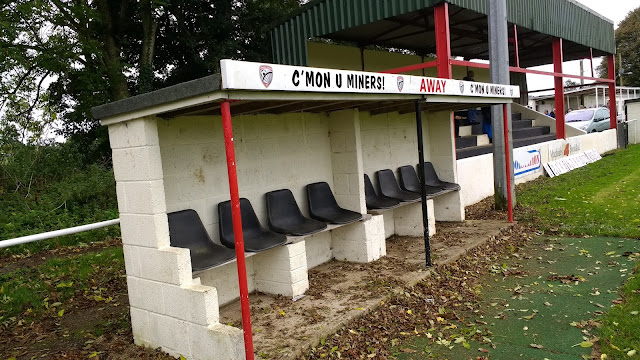 From the game at Welton Rovers, we had a mile drive to the next game at Radstock. It seemed to take longer than it should, but even so, it wasn't a bad journey. I got in and took some pictures of the ground before going to the bar for a pint of Blackthorn. I was hoping that Oldland Abbotonians would put on another good game when they hosted a hop game last year, it was a 7 goal thriller. After that, I went in search of food, but service was very slow as they were used to dealing with smaller crowds. 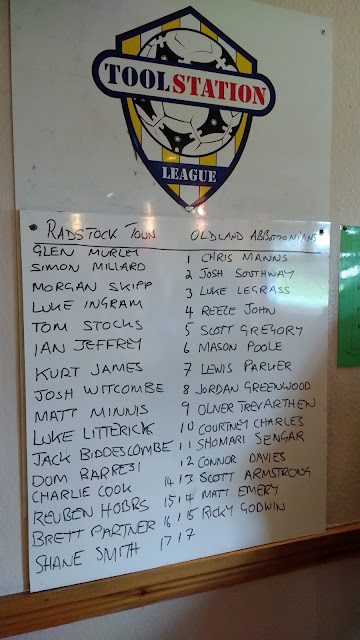 The game kicked off a few minutes early which would have had infamous hopper 'Barry The Twat' fuming. He is most well known for his rant at a referee after a game on a Hellenic hop kicked off a couple of minutes early and his lengthy rant included attempts to get the referee to start the game again. Oldland started the brightest, having a few chances early on. It was the hosts that took the lead on 27 minutes and I could just about see the deflected own goal go in. Finally, I had my sausage and chips and went round the other side of the pitch where it was quieter. It was a dreadful game with barely any chances and it was a real struggle to stay awake. Chances were few and far between and I was glad when the final whistle went. 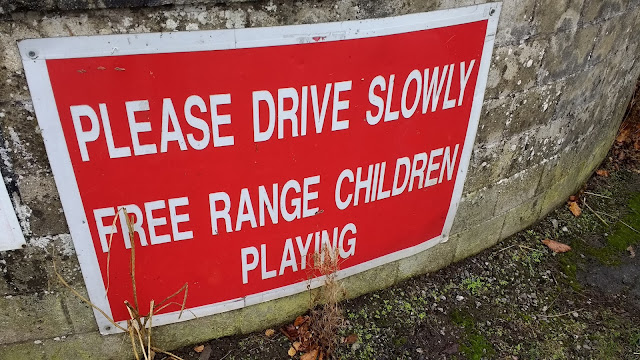 SOUTHFIELDS RECREATION GROUND was one of the more pleasing on the eye on this years hop, with plenty of colour. All the facilities were on one side. There was a stand with a capacity of 150 with bench seating, plus a covered standing area for around 50. The rest of the ground was open to the elements but had pleasant surroundings. The food was the usual offerings, although it did take ages as there was just the one small hatch. The bar was the bright spot, with a decent range of drinks and lots of random football stuff on the walls. 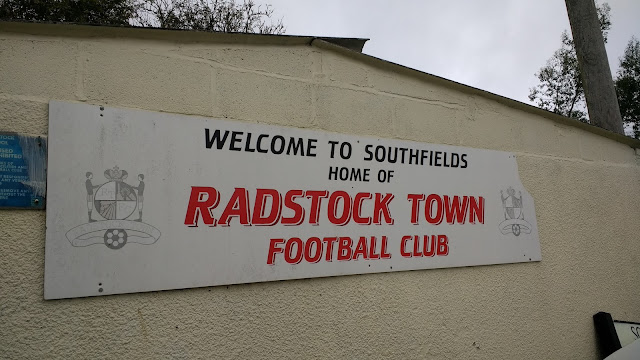 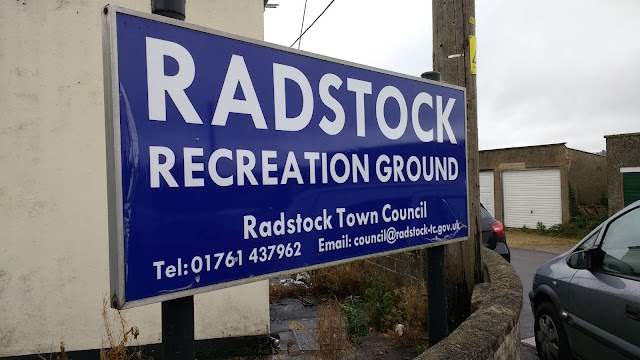 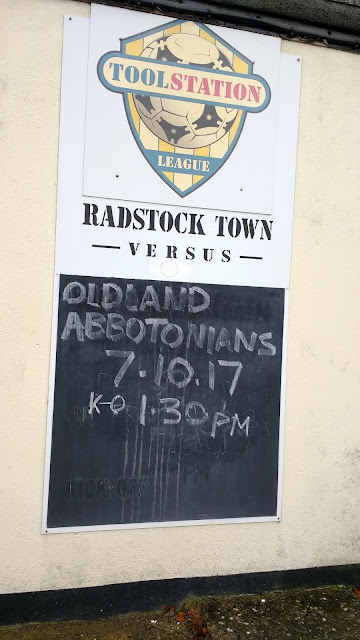 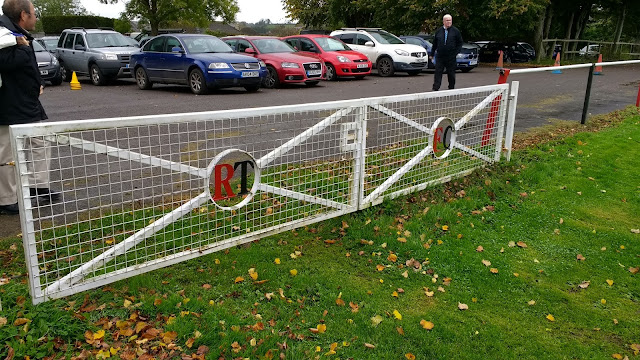 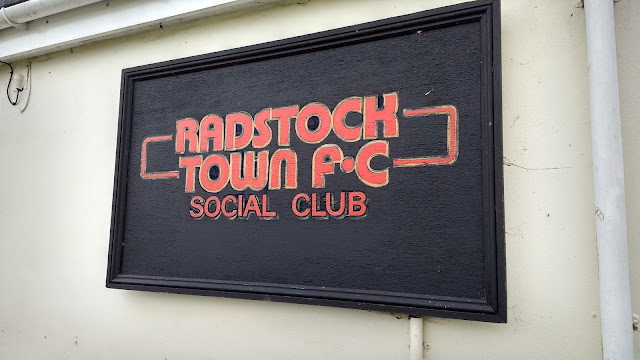 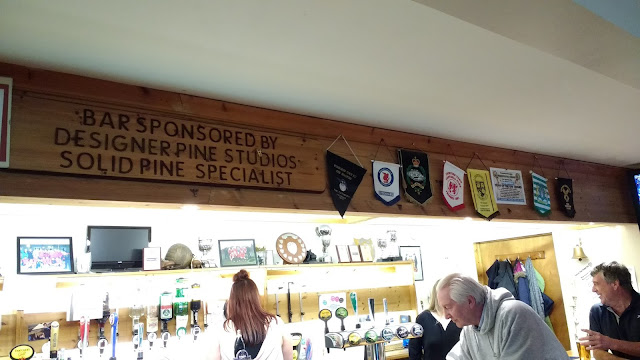 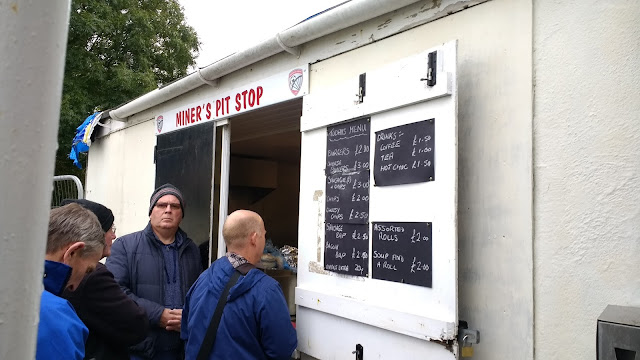 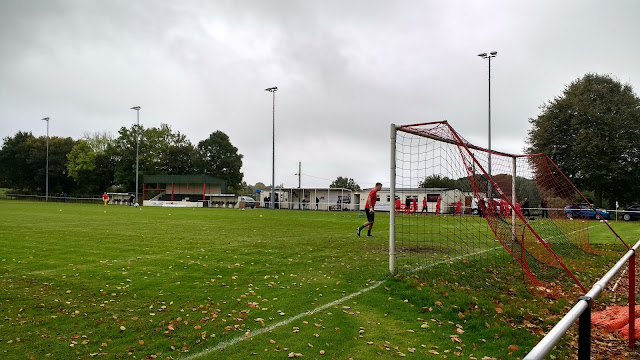 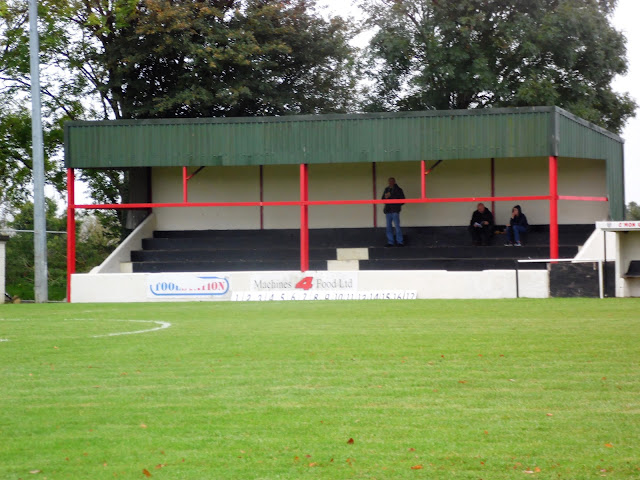 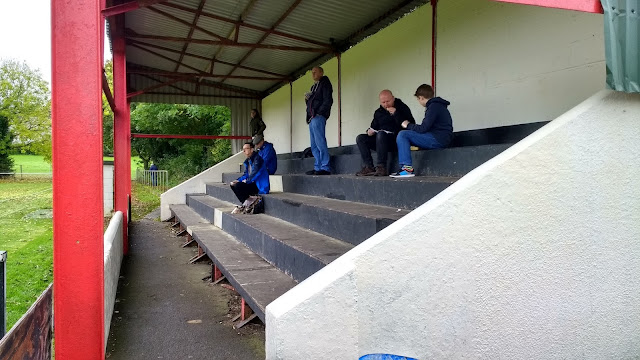 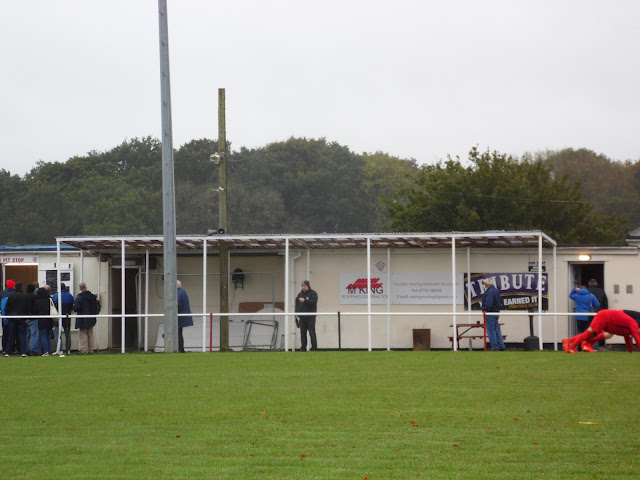 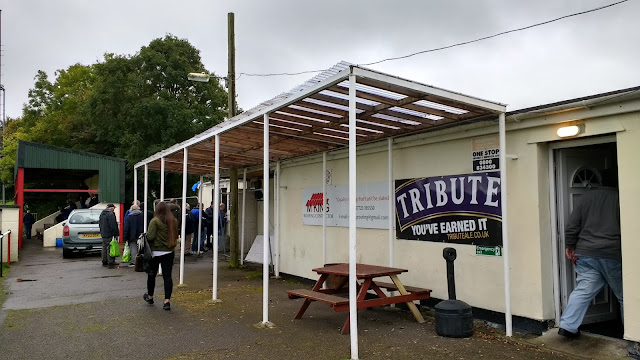 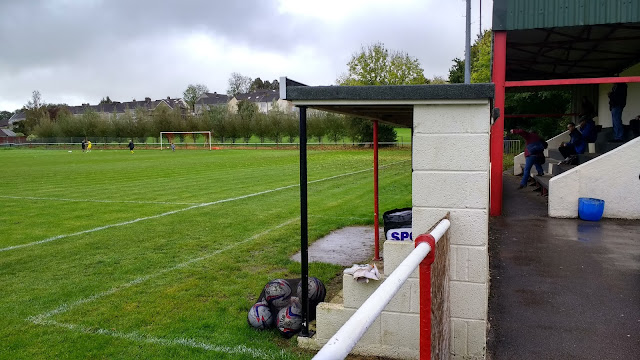 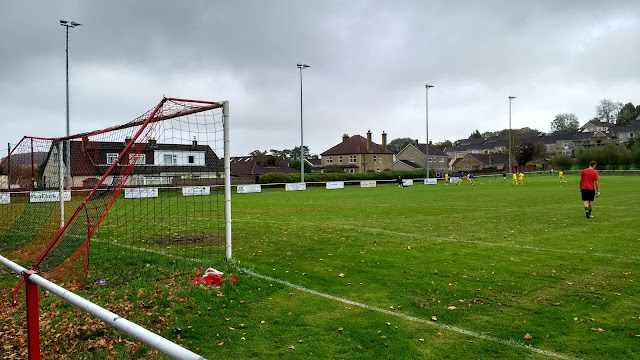 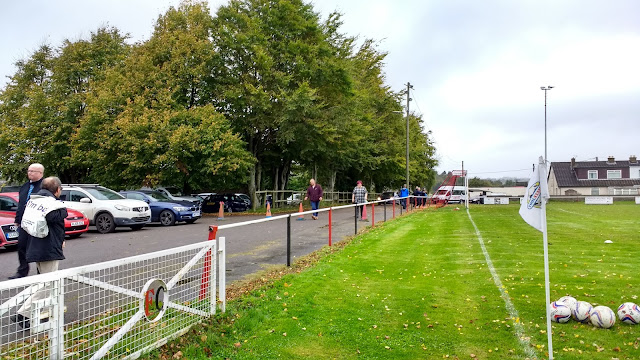