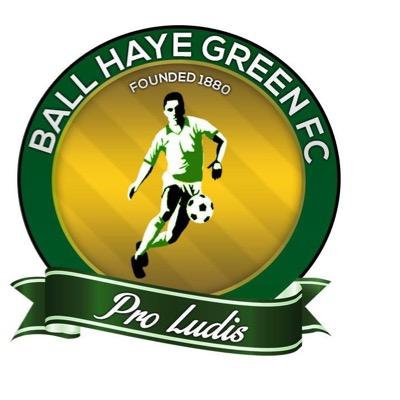 Ball Haye Green FC was formed in 1880 and represents a small area of Leek, Staffordshire, bearing the same name.Information about the club online is scarce, but they were founder members of the Staffordshire Senior League in 1984. Records suggest that they remain here to this day, albeit with the league changing names and merging at various points in its history. They were champions of the league when it was called the Midland League in 1995. They were also runners-up in the Midland League's final season of  2004/05. The league merged with the Staffordshire County League for the 2005/06 season and Ball Haye Green were runners-up to Hanley Town in its inaugural season. In 2010 they were SCSL champions but chose not to apply for promotion to a higher league. Their best finish since came in 2014 when they finished 3rd, this time behind Wolstanton United and Uttoxeter Town. Last season they finished 6th and prior to tonight's game they sit in a mid-table placing of 11th.

Though the club is yet to enter in the FA Cup or FA Vase, they have tasted success in a number of local competitions. The most recent win came earlier this year when they defeated Newcastle Town U21's 3-0 at Stafford Rangers to lift the Staffordshire FA Vase. They've also won the Leek Cup three times in recent history and the Staffs County North Challenge Cup in 1984. They are, however, most prolific in tonight's competition, the SCSL Challenge Cup, lifting it on 4 occasions. 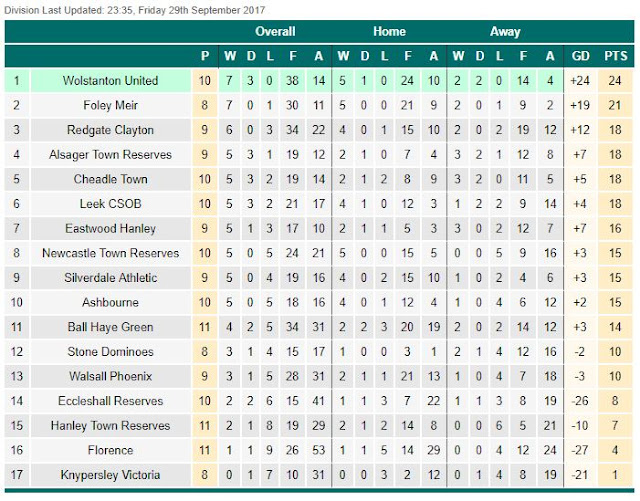 I'd been hoping to do a game with fellow hopper Chris on my week off. Usually, I give Wednesday games the swerve as I wake up at 4am and have to be up at 4am the following morning, so end up being tired. With Chris usually being busy on the traditional football days of Saturday and Tuesday, our choice was a bit limited. Usually, we are restricted to Fridays as I am not keen on doing Wednesday's when I have been up at 4am the previous day and am up at 4am the following day. However, with it being my week off, I was keen to get a game in. Luckily Chris was available and so I presented him with a list of games. I presented him with a list of games. My preference was Dronfield Town, but he suggested Ball Haye Green who had an SCSL Cup game against Silverdale. With the ground going soon and also being close to Leek Town Centre for dinner, I was happy with this and so pencilled it in. 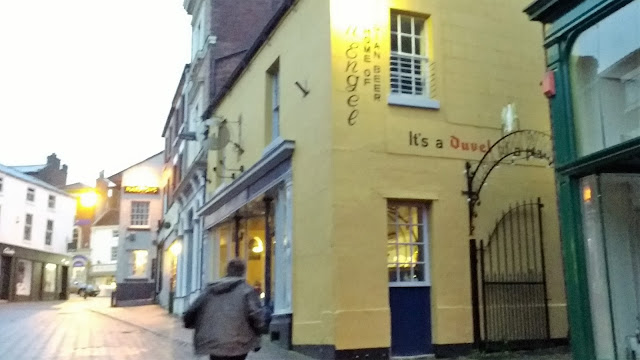 After a late night after my game at Congleton last night, I woke up at 9 am. After having breakfast and having a bath, I got dressed. Most of the time before lunch was spent typing up my blog from last night which I was glad to get finished. After doing some research for tonight's game, I left at 2.45, earlier than usual, but roads had been poor on my previous couple of journeys to pick Chris up. This time it was a lot better and I was there to meet Chris at 3.45. Twenty minutes later he was out of work and we were on our way. The M1 was on disgusting form as usual but as soon as we got off it, the roads were much better. We took the A52 straight up to Leek and parked halfway between the town and the ground. We'd planned to eat at the Den Engel pub but they weren't doing food on the night. By the time I'd had half a cherry beer it was nearly 7.10 so we walked back to the ground. We got there in just over 10 minutes, paying £2 to get in. There was no hot food, so we had to make do with a 'Double Decker' until after the game. Before the game, I got some pictures of what was a great ground for the level. 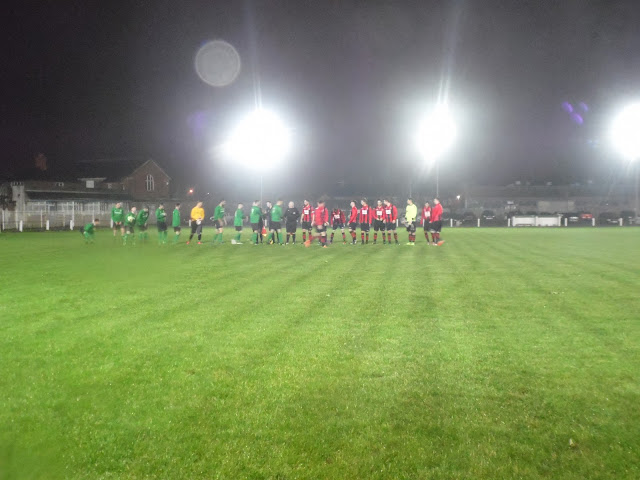 The game kicked off with both teams really going for it. Ball Haye Green took the lead with a high shot from the edge of the area by Jack Keeling after 6 minutes. They had a few chances but Silverdale were level on 28 minutes with a cross cum shot from 20 yards that deceived the keeper. The hosts took the lead just before halftime with a brilliant free kick that I caught on camera, scored by George Mealey. At halftime, we were made very welcome in the clubhouse which had loads of memorabilia and got shown some old programmes. Ball Haye Green made sure of the win in the second half with a brace from Sam Bostock around the 70-minute mark to make it 4-1. A late couple of goals flattered Silverdale, the first a close-range shot from a low cross and the second a shot which went in off the bar from around ten yards.


It had been a good game with very few flat periods, but it had been a very wet night. We had parked a fair way from the town but before we went back to the car, we went in search of dinner. Mr Vong's Chinese was the first place we found and I had my usual chicken satay skewers with salt and chilli chips. It was one of the better ones I'd had and portions were very generous too. By the time we'd been served and eaten it back at the car, it was 10.20 by the time we left. There were loads of roadworks on the M1 and many slow drivers on the single carriageways so it was 12.30 when I dropped Chris off. I got home myself 45 minutes later and found a nice message from the club, hoping I'd had a good night and a safe journey home. I replied to that and some other messages while having a cider before watching Coronation Street and going to bed around 3 am. 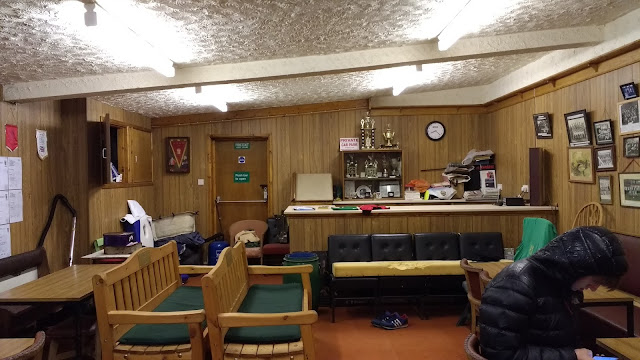 BALL HAYE GREEN SPORTS AND SOCIAL CLUB is a great ground for step 7, where most clubs have a basic pitch and at most, a rail around the pitch. In this case, you get a covered standing area on one side of the pitch which stretches for more than half the pitch. Under this is mainly flat standing, although you do get a few steps of terracing and a few odd seats. The tea bar does hot drinks and snacks, but no hot food while I didn't see a bar or a club shop. All in all, a nice welcoming club and walkable from a town centre with plenty of food and drink options.

1: Ground facilities & condition (for the level)
A good area of cover, more than most at this level (8)

2: Area around the ground (parking, food/drink, public transport)
Lots of parking, including street parking and close to the town (7)

7: Game entertainment
A good contest, but not as close as the scoreline suggested (7) 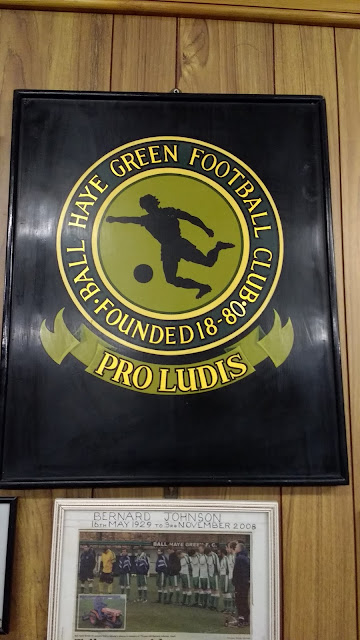 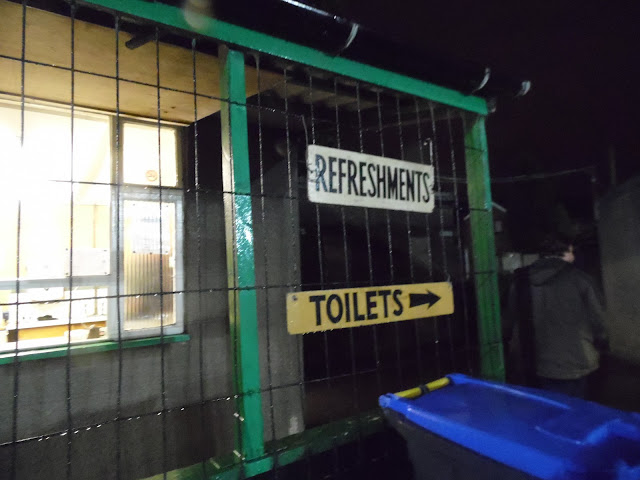 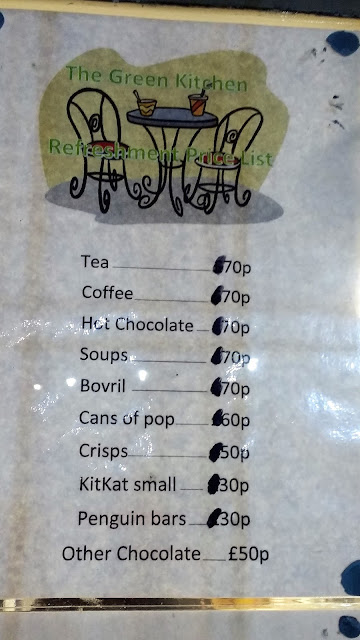 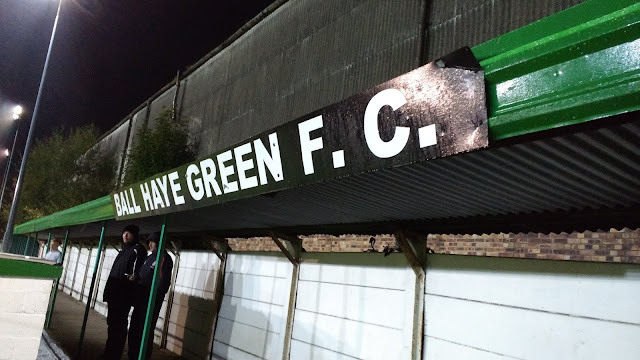 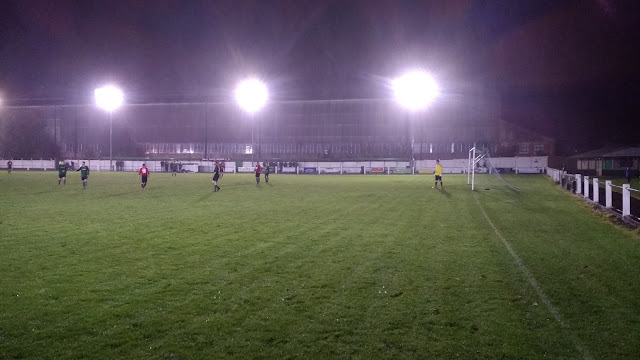 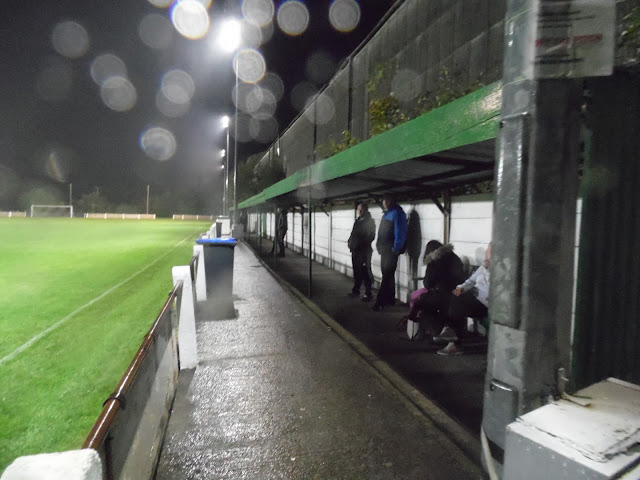 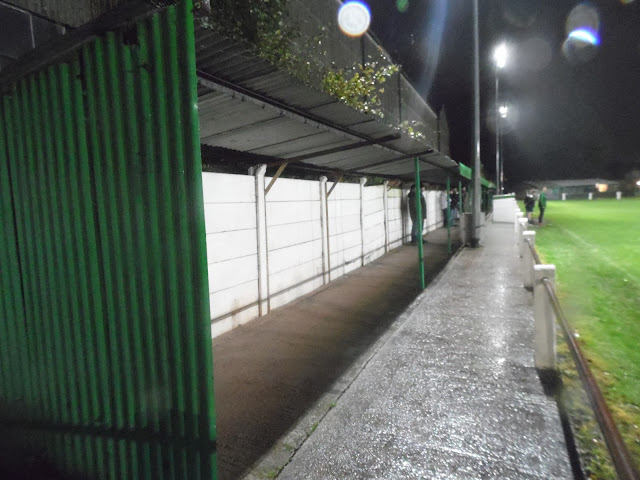 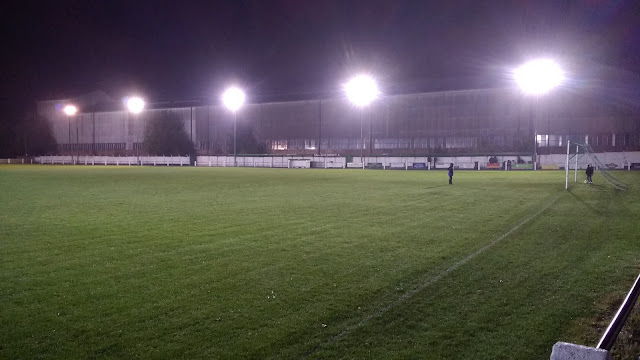 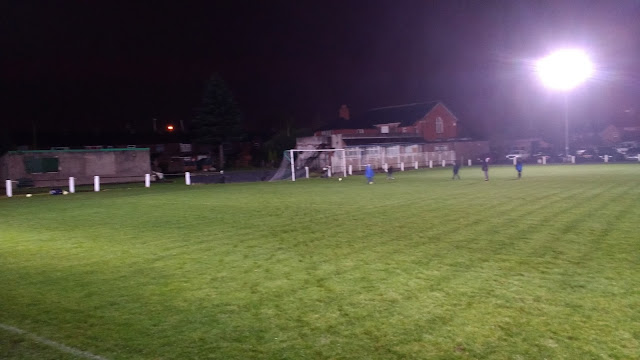 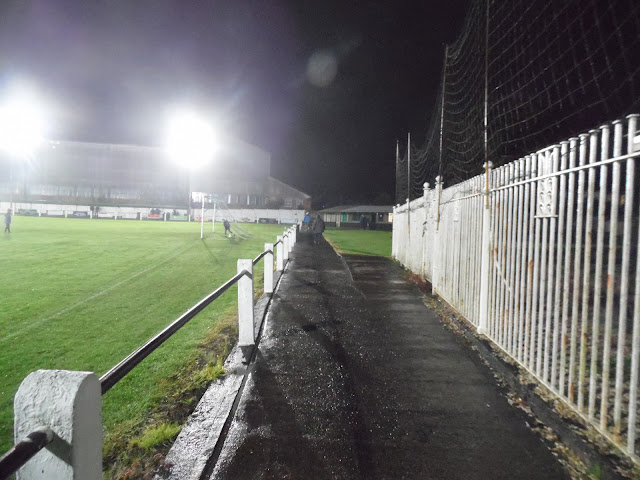 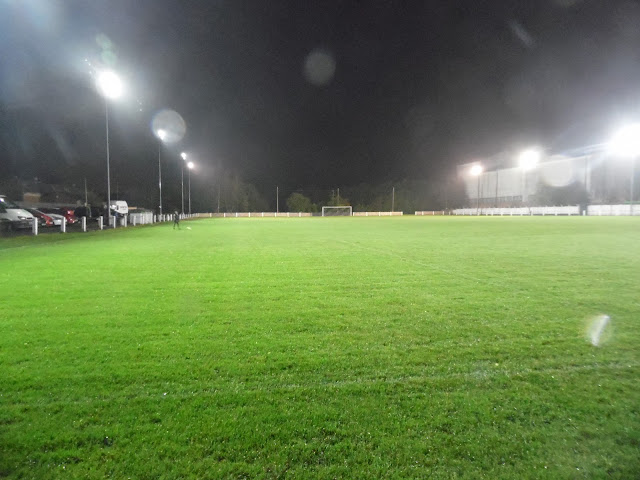 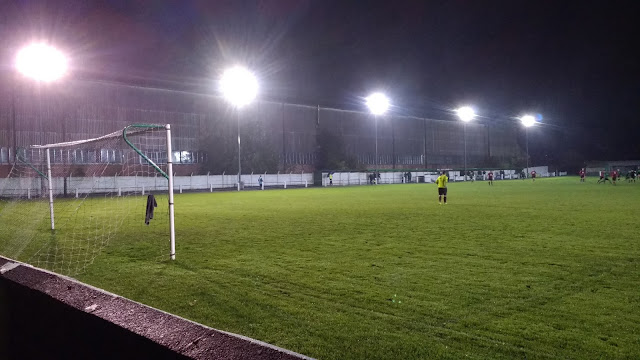