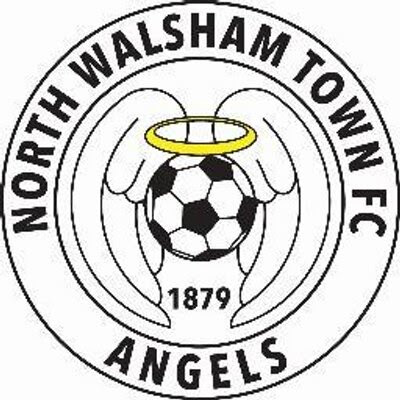 Information about the club is hard to come by online, but they were established as far back as 1879 and are nicknamed 'The Angels'. A team called North Walsham Athletic competed in the FA Cup for one season in the mid 50's - beating Bungay Town 3-2 before losing 4-1 to Gorleston in the 2nd Qualifying Round. The club appear to have been in the Anglian Combination for most of their history - winning titles in Division 4 in 1985 and Division 2 in 1967 and 1985. They've been in the Anglian Combination Division 1 since 2013/14, finishing 3rd in their first season, but settling around 6th or 7th place since.  This came after they were relegated from the Anglian Combination Premier at the end of the previous season. The club are hoping to move to a bigger site in the future, with help from a property developer. However, local resident Berni Marfleet opposed this and was succesful in getting the council to veto the plans due to traffic concerns. The town itself has a population of 12,634 according to the last census and was once home to Horatio Nelson who studied at the local school. Way back in 1600, the town suffered 'The Great Fire' which destroyed 118 homes and 70 shops as well as the market area. 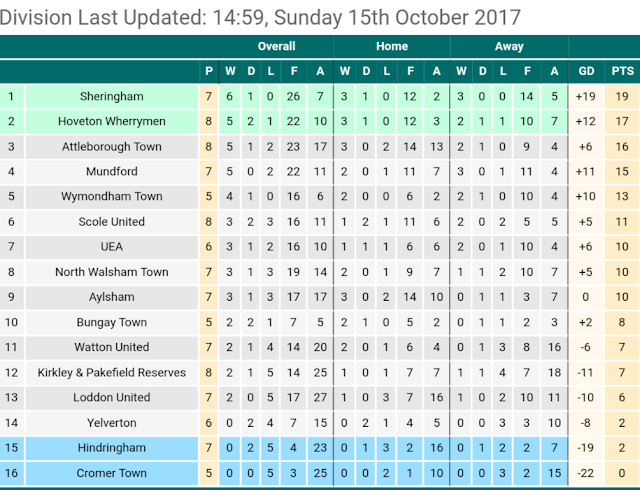 This visit was planned in the week leading up to the game. Myself and Chris always aim to do a game on Friday and this one was no exception, especially seeing as it was my week off. My preferred option was Kimberley Town AFC, but this was out as Chris doesn't like watching anything that isn't first team football.  Aberystwyth Town and Prestatyn Town would have been good, but these were too far in terms of travelling time, especially on a Friday night. This left us with two options - Presteigne St Andrews, or our eventual choice, North Walsham Athletic. This satisfied my criteria of having some cover or something to get a picture of and Chris's of being a first-team game. I did my research with regard to eating and drinking places, with all bases covers. Time would still be tight though, so I was hoping for a good journey.

On the day of the game, I woke around 9 am. After having a bath, I walked down town and bought a few bits before getting a lift back with my Dad. The afternoon was spent finalising arrangements for tonight's game, including checking the weather and researching the club history. I left just before 3, meeting Chris in Milton Keynes at 4. Soon we were on our way and hearing about numerous traffic delays on the radio. Luckily Chris knew the local area around Cambridgeshire, so we avoided the worst of the delays there, but we weren't so lucky further up, with delays at roundabouts. Then, on the final leg of our journey, we were stuck behind a slow-moving caravan and then a horse box, with us getting to the ground at 7.10. 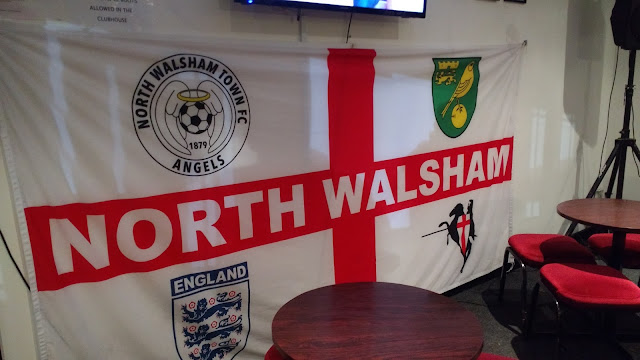 We went in, paying a nominal £2 entry to get in. Visitors Hindringham started the strongest and they took the lead early on with a close-range finish by Broughton. Soon, after around 15 minutes, the hosts were level. There was a trip in the area and Daniel Reynolds stepped up to convert the penalty. Right on halftime, they were ahead, it appeared that a visiting defender deflected the ball into his own net. North Walsham had already hit the bar at this point and shortly after halftime, they had a goal chalked off for offside, at least according to the linesman on our side. The equaliser came on the hour mark, and there was an element of farce about it. A home defender went to clear the ball, but instead passed it to Matt Hudson who gratefully gobbled up the chance as the bemused defender just stood and watched. There were further chances for both sides, with the better ones falling to the hosts, but there were no further goals.

We went into town after the game. I had a swift half of a local cider in a place called the Hop In before heading off to the local Chinese takeaway for chicken satay and chips. I left Chris in the pub while I had my dinner and came back to find him talking to a couple of blokes in the pub about football. I joined in for a bit and it was around 10.20 by the time we left. I took it easy on the roads home, as it was wet and dark, eventually dropping Chris off at 1 am. All was going well until I was driving through Aylesbury. I'd already had a problem earlier this year, having to fork out £900 for a repair to my car when a fox ran out in front of me. The wildlife was at it again, although this time I avoided hitting it, thanks to a combination of braking and swerving but did clip one of the wheels on a kerb. It was a fairly low one, so I didn't damage any bodywork, but it will almost certainly mean a new wheel and definitely a couple of new tyres, although one of them needed replacing anyway. Not the best end to the night, but at least I did have Green Flag cover to recover the vehicle. At this time of night, I did have to wait an hour for help, but the bloke was nice and helpful and to be honest at around £35 a year for the cover, I was glad I had it. I'd heard of mates with the AA being left all night for similar problems, so the speed was good really. I got home eventually just after 3.15, pleased that I was going on the coach to the Swindon v Wycombe game tomorrow. I got the wheels in motion (excuse the pun) for the alloy repair/replacement in terms of quotes when I got home. I was still wide awake at this point, so watched TV for a bit before going to sleep. Next groundhop for me is unknown, as I'll be without my car for a bit, plus there's the cost factor to consider as well. I'll certainly be reconsidering how much and how often I drive to games now, I was aiming to cut this down at the start of the season, but have failed so far in my aims. 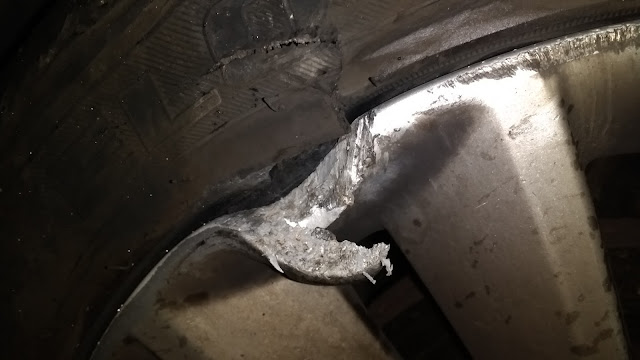 GREENS ROAD is a smart ground for the level and would almost certainly be ready for step 6 football with the addition of some seats. There is plenty of standing cover as it is, a few separate areas with capacity for around 200. The rest of the ground was open. There was a decent sized clubhouse too and this appeared to have a decent range and do hot drinks too. I didn't see any food or a club shop, but the town was under a mile away, with a decent choice of outlets.

1: Ground facilities & condition (for the level)
A very decent ground for step 7,  but no seats (7)

2: Area around the ground (parking, food/drink, public transport)
Loads of parking, just under a mile from town (7)

5: Social Media & Website
Both are of a decent standard and are interactive (8)

9: Bar / Clubhouse
Seemed decent enough, although I only popped in for a quick photo (6) 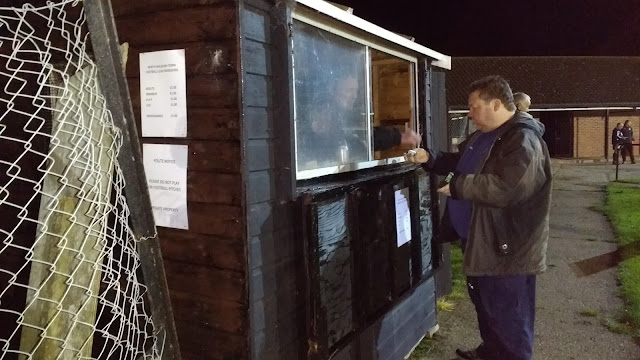 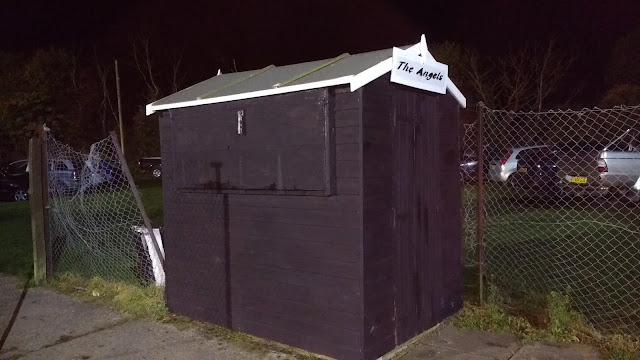 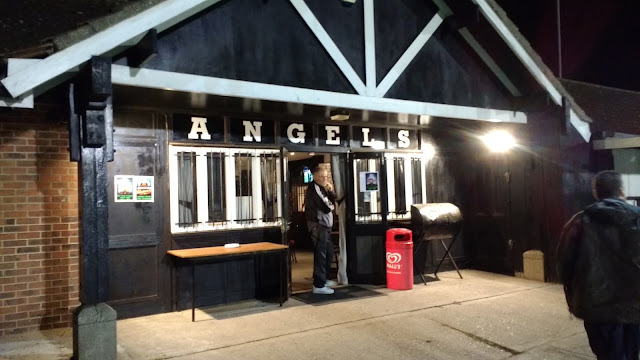 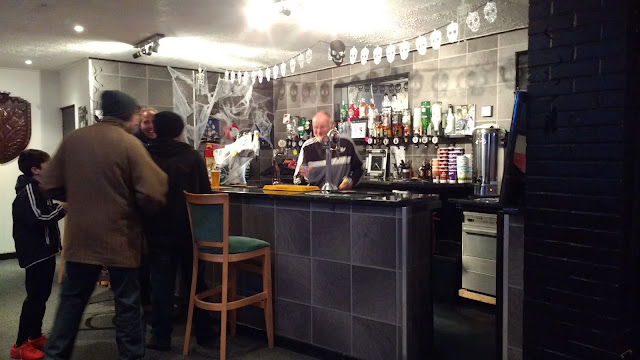 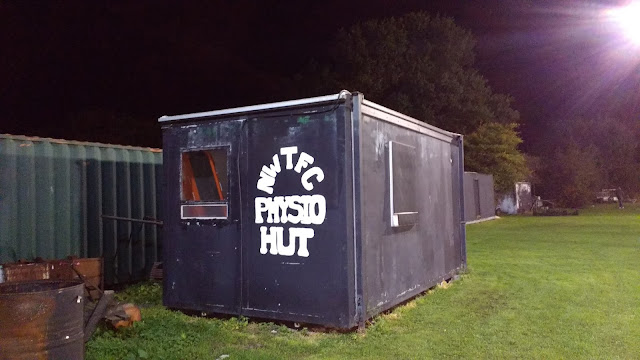 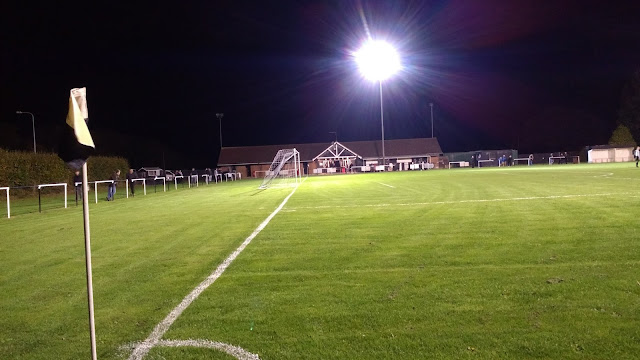 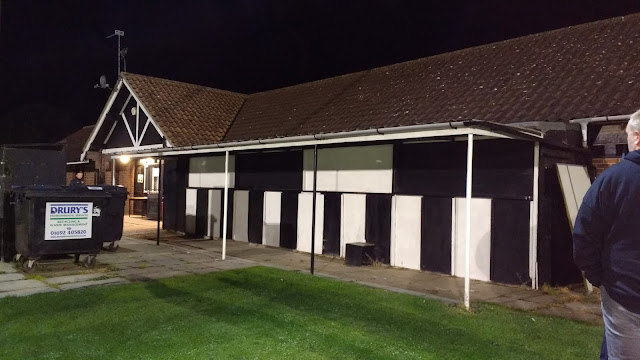 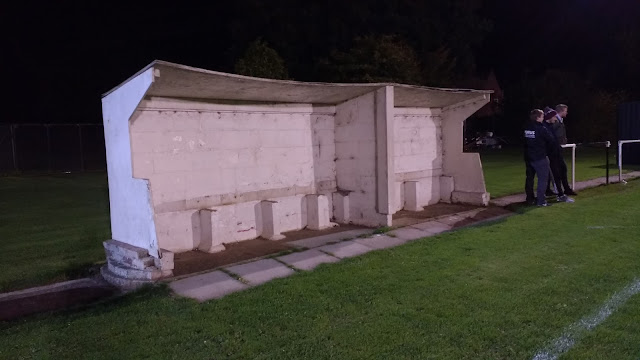 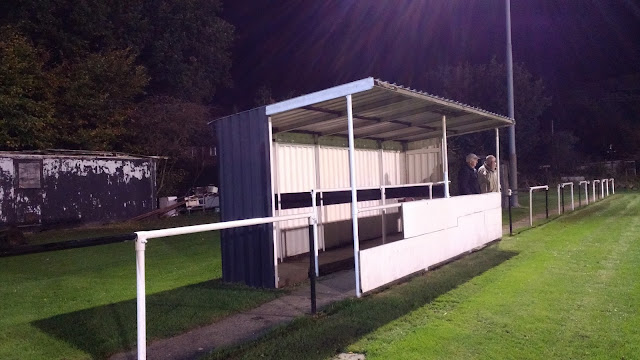 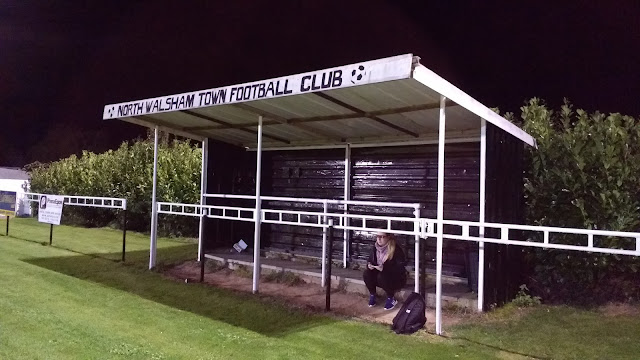 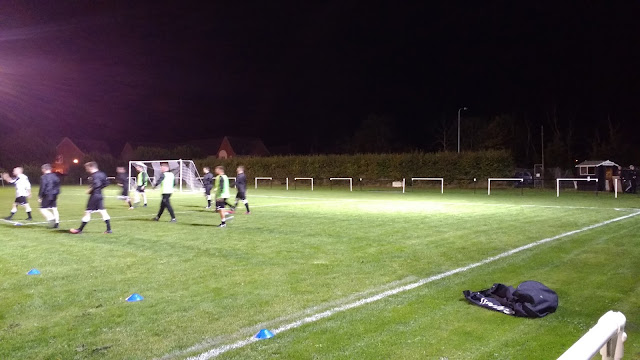 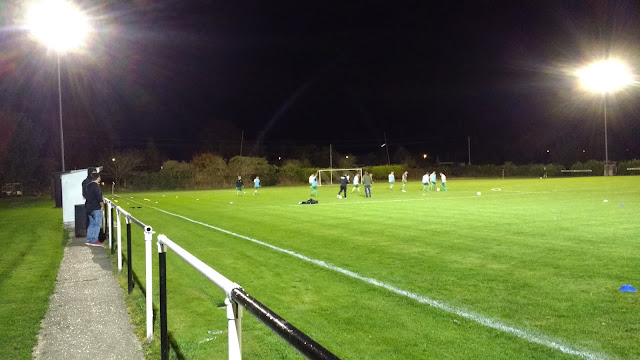 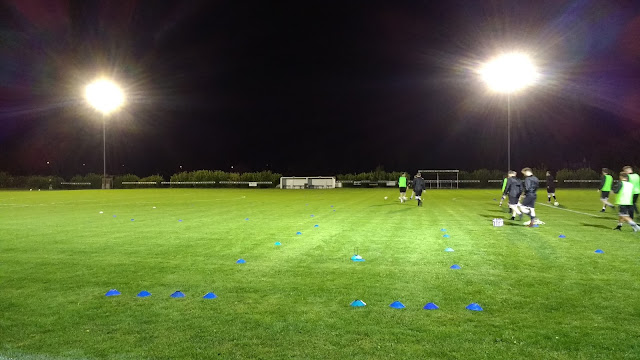