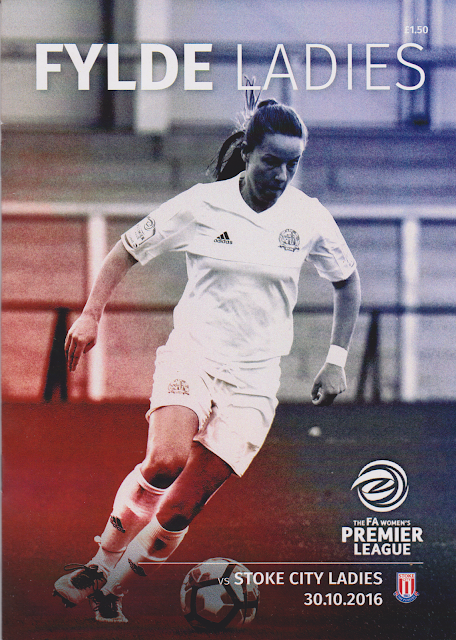 AFC Fylde moved into their smart Miall Farm complex at the start of the current season, having previously played at Kellamergh Park. The ground was opened on Saturday 13th August 2016 for AFC Fylde's 1-1 draw with Brackley Town. Since then they have remained unbeaten in the league at their new home, winning 5 and drawing 3 of their 8 games so far. Their joint highest wins have been 4-1 against strugglers Curzon Ashton. They are yet to play a cup game at their new home, but the record attendance of 1,905 came against FC Halifax Town in an exciting 3-2 win for the hosts on August 27th.

AFC Fylde Ladies joined the club at the new stadium, having previously been known as Preston North End Ladies. They actually hold the record win for any Fylde side at te new ground, as they thumped local rivals Blackpool FC Ladies 6-0 earlier this month. The ground is based in the village of Wesham, which along with Kirkham were the 2 places that AFC Fylde mainly represent. There is a prison in Kirkham, and that housed the only famous resident I can think of. Former Blackburn Rovers top scorer Simon Garner who also played for Wycombe Wanderers and West Bromwich Albion served a brief sentence there for contempt of court following divorce proceedings.

On the day of the game, I woke around 6am, having had a good nights sleep thanks to the clocks going back. I caught up online before having a bath and watching Match Of The Day. I'd decided on the morning to save my original plan of Knaresborough for another day as it was only a ladies reserves game. Instead, I was going to head to Fylde to watch Fylde Ladies v Stoke City ladies which would put a few miles on the journey and up my costs but I figured it would be worth it and a better option. I was in no rush though and so typed my blog for yesterday, recalling what I could from a booze-fuelled day. I left at 10am, setting my Sat Nav for Preston as I wanted to grab some lunch before the game. I arrived at 11.30, and as I was too early for Wetherspoons normal menu, I had a wander around the town and after searching in about 5 shops found the Non-League Paper. I read some of it while I waited for my Sunday Brunch in The Twelve Tellers which was my 116th Wetherspoons. 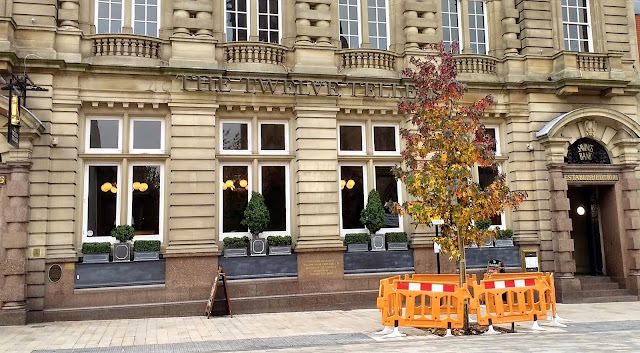 After that I made my way back to the car and drove to AFC Fylde, arriving at 1.20. I went and bought a ticket for £5 and had a look in the plush sports bar at the ground. It was then I realized I had under a tenner and I wondered how I'd managed to spend the £50 that I withdrew yesterday so quickly. It was only the one stand open, which was a shame as I wanted to get a picture of it and all the others were closed off. I went back to the tea bar and had a very nice portion of curry sauce and chips for £2.35 and the portion size was good too. The visitors a decent following given the overall crowd but like their men's side, they were finding things tough in the league, sitting second bottom at the time of the game. The hosts were doing well in third place with the two teams having shared an entertaining 3-3 draw in the reverse fixture at the start of October. A repeat today would be most welcome. 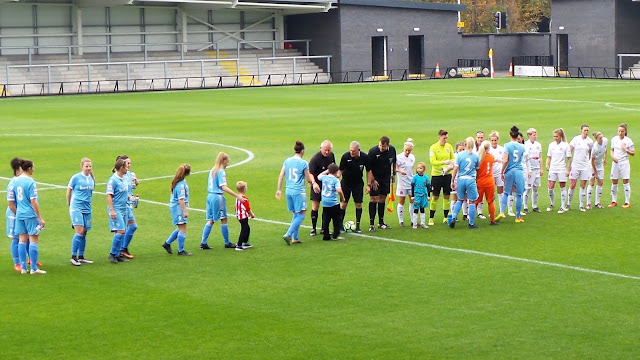 Fylde started the brightest but wasted several chances, one, in particular, was blasted out of the ground with just the keeper to beat. Stoke were restricted to chances on the break but it was during one of those that they took the lead. Ashleigh Hayes headed home right on the line following a goalmouth scramble from a corner. This gave them real impetus and they had much the better of the rest of the first half. The lead was doubled just as the game entered injury time at the end of the first period. It was another close-range effort right on the line as Ashleigh Hayes netted her second of the afternoon. The second half descended into a bit of a lull with chances at a premium, that said both sides had chances to alter the scoreline. The official attendance was 142 which was around twice the number that watched Fylde's last ladies game away to West Brom. 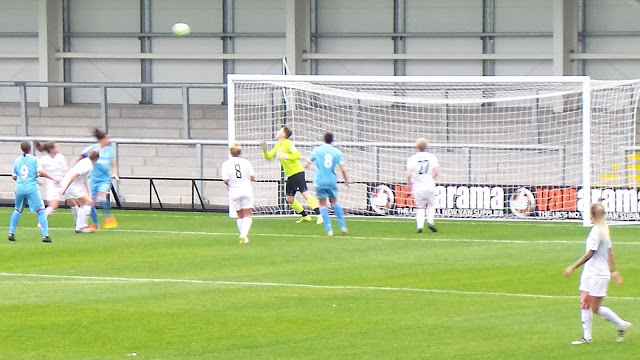 So reflections on my first club game in women's football? Pretty decent, it as fast or physical as the men's version but some good stuff played on what was an excellent surface. An elderly Manchester City fan and a more southern based hopper that I know reckon that women's football is rubbish, but I enjoyed my game. It's also a good option on a Sunday when there is precious little choice. I'll possibly see some more games, especially Stoke who play at the now defunct Norton United's ground as I missed out on seeing them there as they left with a weeks notice owing to a dispute with the owners of the ground. It was a move that saw them fold at the end of the season following a successful few years. As I'd not got any pictures of the main stand I went and fetched my selfie stick from my car and took a picture over the gate. It was around 4 by the time I left and after a pain in the backside journey on the M6 on Friday, I was hoping for a better journey on the way back. My luck wasn't in, however, as what should have been a 3 hour 20 journey ended up taking 5 hours and that was with a clever bit of rerouting around the usual delays at the Stoke part. I got in at 9pm and spent the rest of the evening catching up online and watching my YouTube subscriptions before going to bed around 11.30. 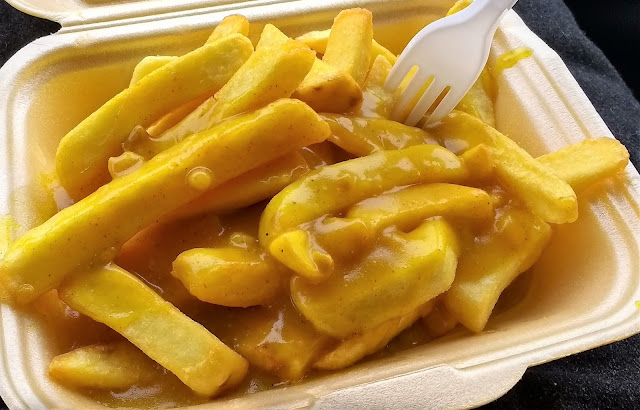 MILL FARM is an excellent modern stadium situated in the village of Wesham. I didn't see too much near the ground apart from an Aldi, but this doesn't matter as the facilties at the ground are excellent. The sports bar has 4 huge screens showing all the BT and Sky games. It also has real ales aplenty, as well as Strongbow and Dark Fruits for cider drinkers and bottles too. There is food too, with a tempting range of interesting looking dishes. The tea bar in the ground is decent as well, and the prices are fairly reasonable compared to other grounds.

The stadium itself is also excellent, with a total capacity of 6000. The main stand holds 2000 and sight lines are excellent and legroom reasonable. There are 2 further covered terraces, one along the side and one behind the goal and these make up the bulk of the rest of the ground's capacity. The one remaining end is just open flat standing, with a capacity of a few hundred. There is scope here to add a stand, as an when the need dictates, or put in temporary seating should they get a huge cup draw. 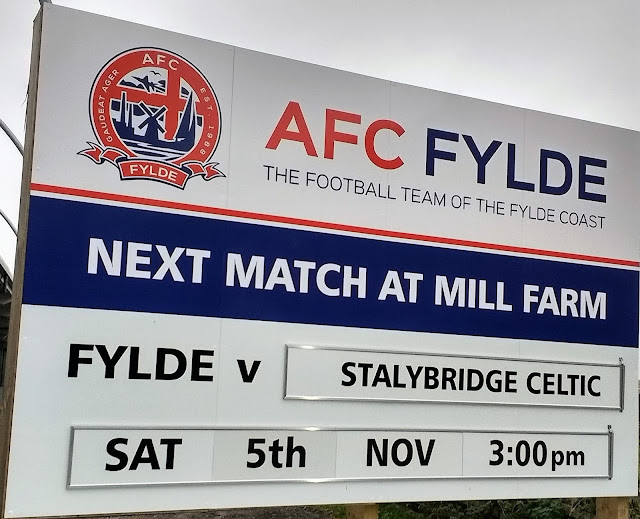 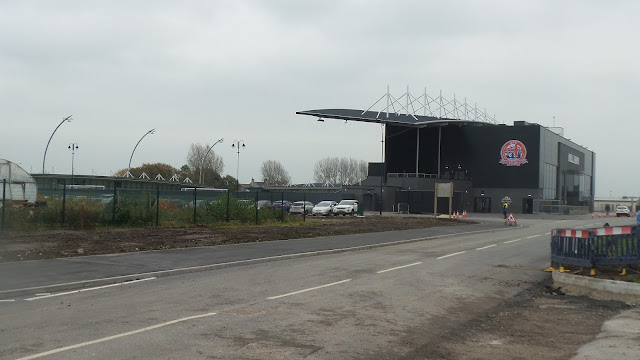 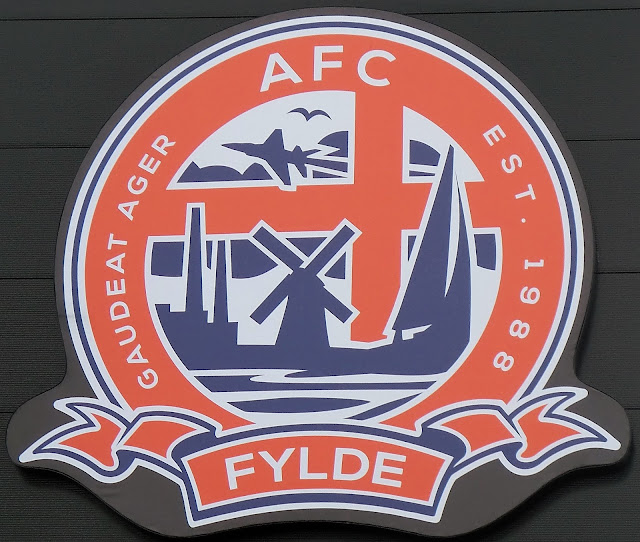 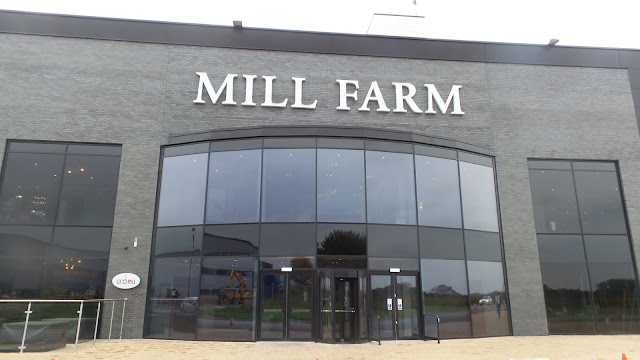 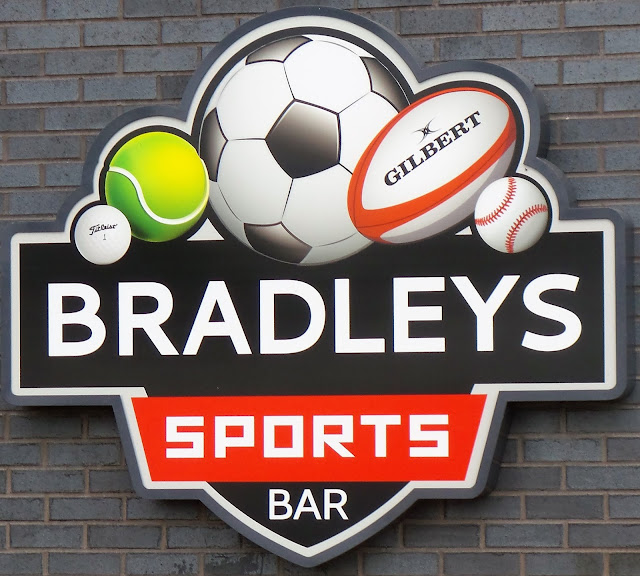 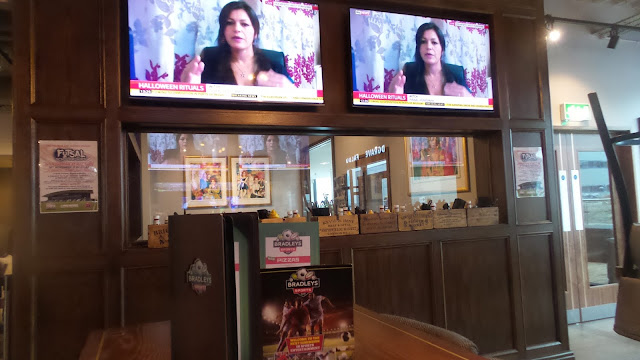 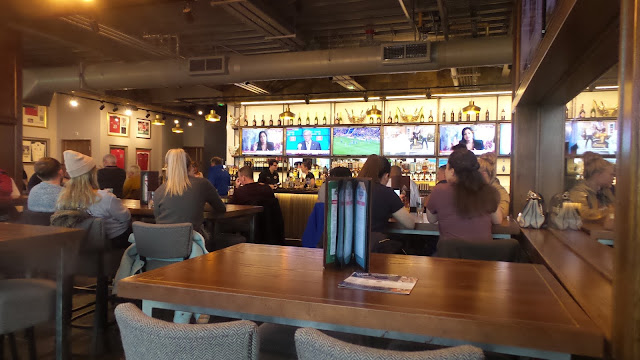 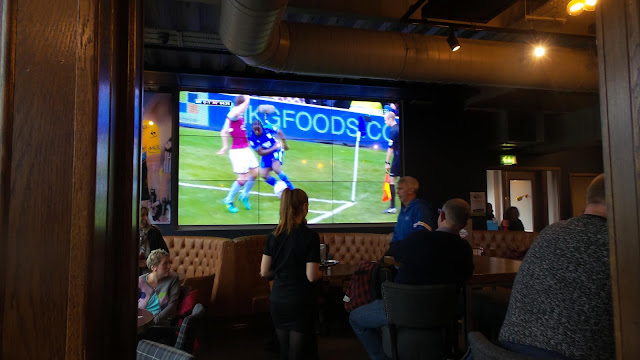 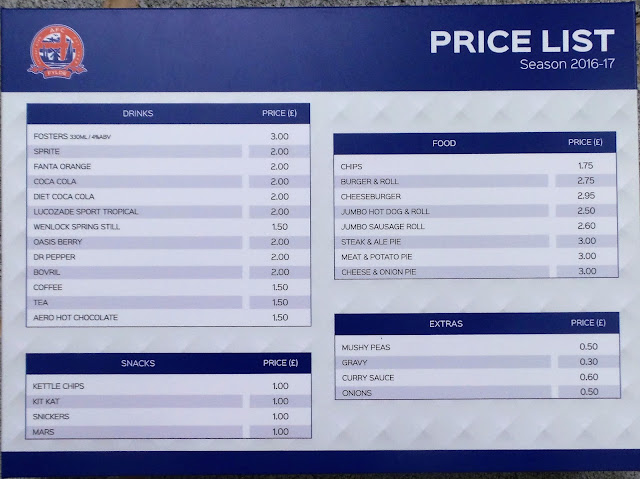 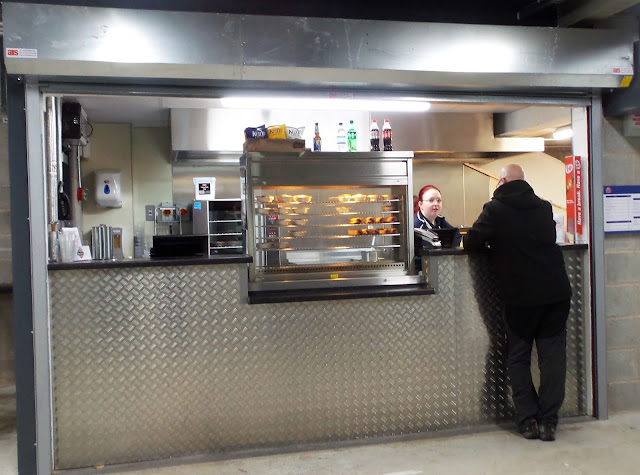 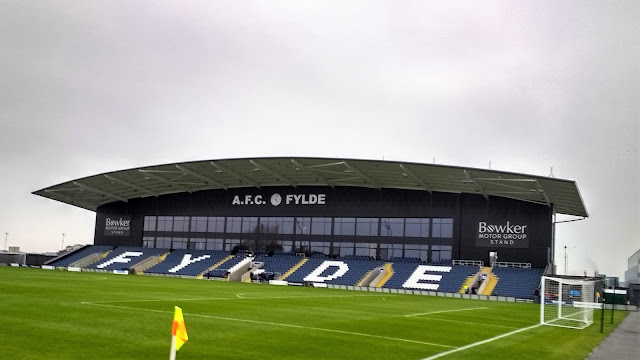 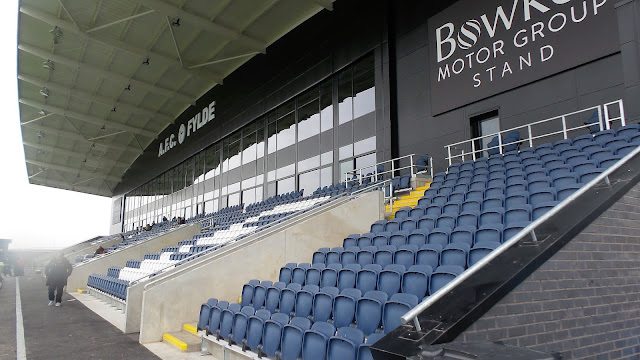 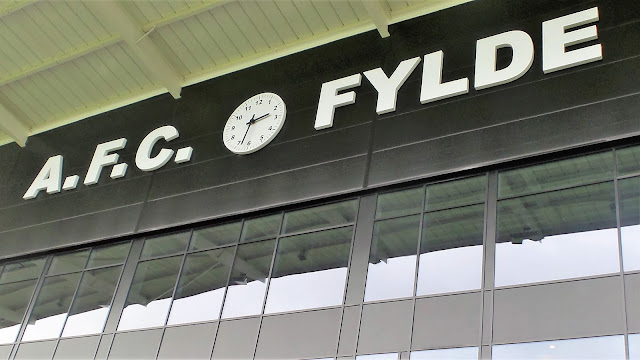 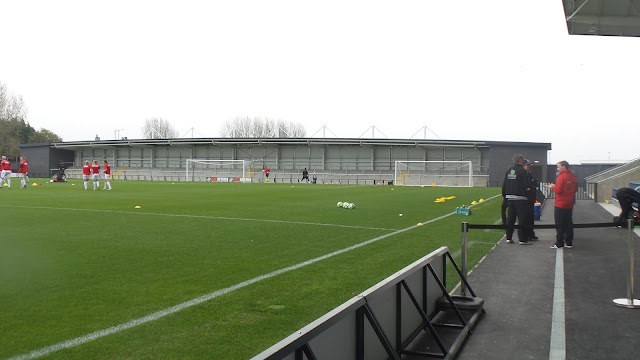 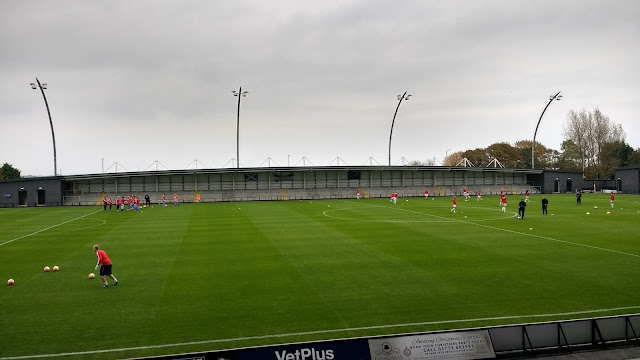 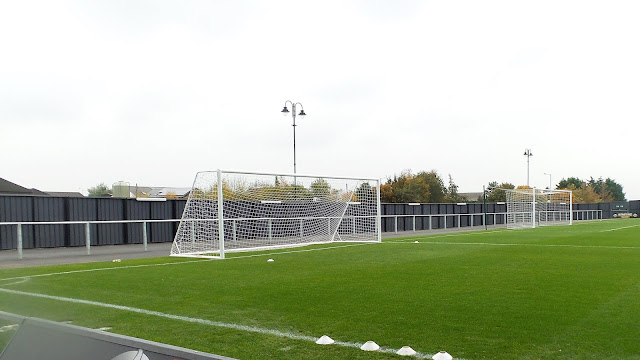 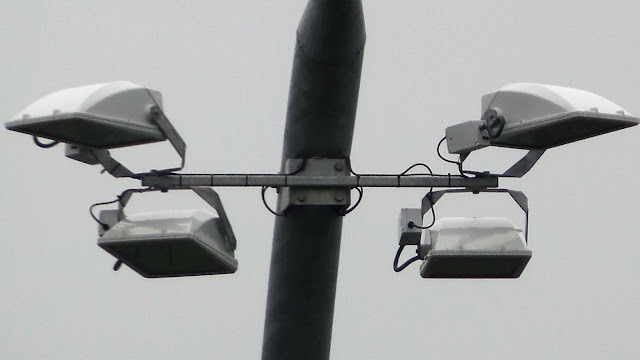