KIDSGROVE ATHLETIC FC was formed in 1952 by local youngsters unhappy that local side Kidsgrove United were importing players from further afield, rather than giving local talent a chance. They played in local leagues initially including the Burslem & Tunstall & Mid Chesire Leagues. They were 4 times champions of the Mid Cheshire League, making the step up to the North West Counties League in 1990. Starting at Division 2 level, the first 2 seasons saw mid-table finishes but they were promoted to the Premier Division due to lack of facilities at higher placed clubs. Steady progression was the name of the game over the next few seasons, but after winning the league in 1998 and 2002 they were promoted to the NPL. They have remained at Division 1 level ever since, with the best ever finish coming in 2010. That season they finished 4th, losing in the playoffs to Chesterfield based side Glapwell.

In the FA Cup, they reached the 4th Qualifying Round in 2011. After beating Atherstone Town, Gornal Athletic, Boston United & Long Buckby before losing to Bradford Park Avenue. They also reached the FA Vase Semi Final in 1998, narrowly losing 3-2 on aggregate to Tiverton Town. The home leg saw their record attendance of 1903 at their home ground. The second round of the FA Trophy was reached in 2004/05 where they lost to Vauxhall Motors. Other cup successes include winning the Staffordshire Senior Cup on 5 occasions, most recently in 2012. 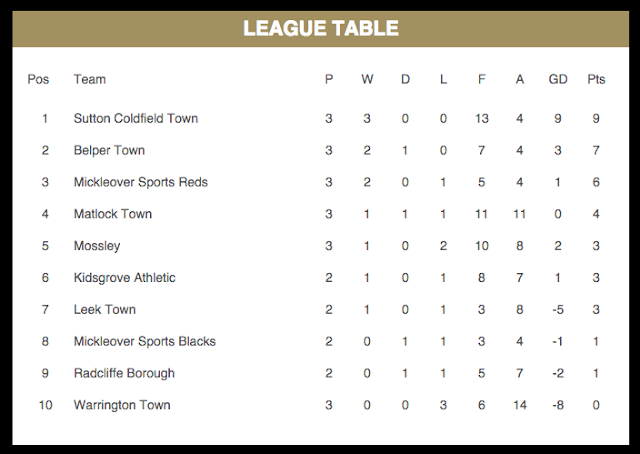 As I would be staying overnight on Merseyside, I was looking for an afternoon game to fill the time. The initial plan was Wigan Athletic v Shrewsbury Town, but when that was moved to the Tuesday I was forced to look again. The NPL Football Academy league looked very promising, having been set up recently to improve the quality of the young players in the league and also as well as the football to provide the players with a BTEC qualification in sport. The games were always on Wednesday afternoon, and from what I could work out, at the home ground of the first team, though I was unable to confirm with Kidsgrove. But I decided to go with it anyway, as I'd visited all the other teams that were at home that day. On the day I woke at 7.30am, having had a few pints the night before, it had been a good nights sleep. I had some Irn Bru and watched Youtube videos in bed before getting up and having a bath. At 9am I went down for my breakfast and it was delicious, with all the stuff being free range and locally produced. After collecting my stuff together and putting it in my boot, I settled up with the lady that ran the B&B and said goodbye to her dogs, who were very friendly and loved being made a fuss of. From there I went down to Crosby Beach and 'Another Place' which was the home of the famous 'Gormley Statues' They were a series of more than 100 life-size metal statues which were an exact replica of their artist and were scattered all over the beach and out into the sea. From there I want onto Sainsbury's to get some grapes and a magazine before finally getting on the road to Kidsgrove. There were long delays reported on the M6 so I had to divert via Warrington. Even then, the roads were packed with people doing the same and so there was around half an hour delay with me getting there at 12.30. 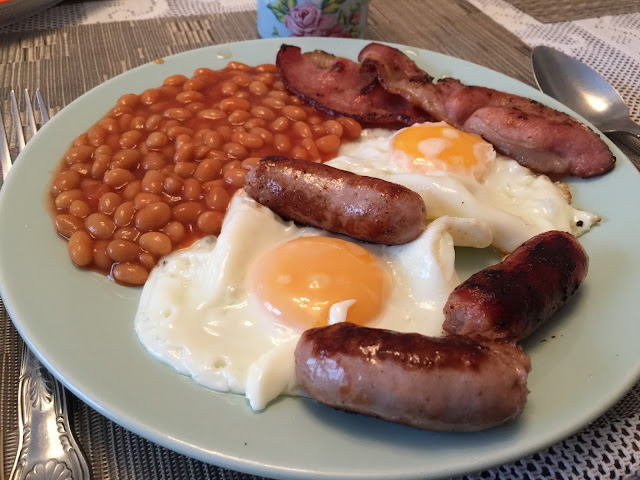 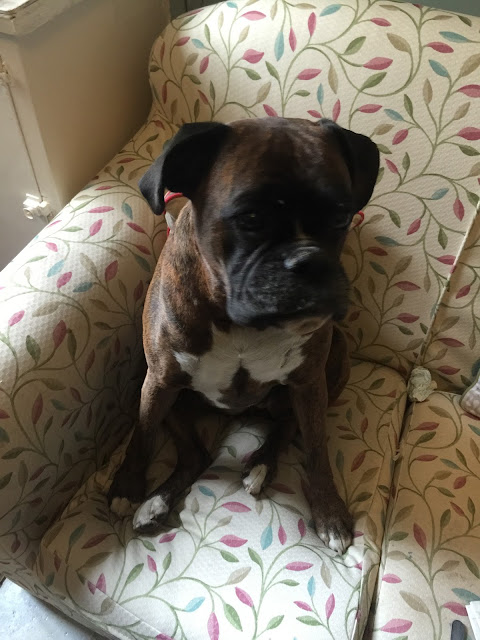 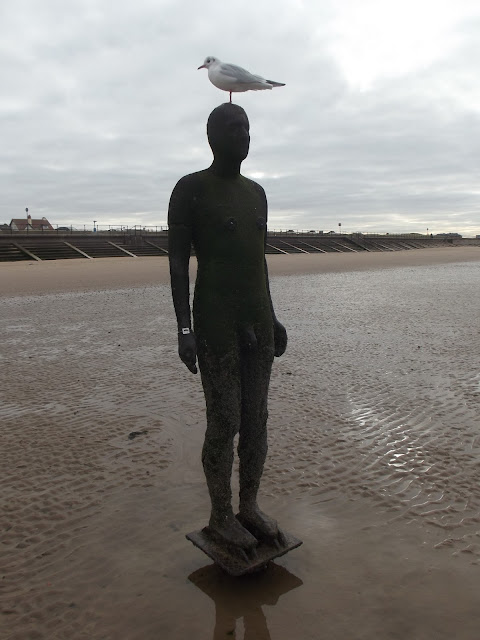 Despite the game being clearly listed as a 1PM kick off on the Evostik League website, I was surprised to see the game already started when I arrived. Asking a fellow fan I discovered that the game had kicked off at 12, due to the Warrington manager needing to get back to work. Neither sides twitter feed had any updates on the game as I'd checked before leaving to see if there were any clues as to where the game was being played. I learned that the score was already 3-2 to Warrington, a fact that I relayed to multiple other fans that had also arrived 'late'. As for the part of the game that I did see, there was plenty of action. Warrington Town extended their lead to 4-2 with a close-range finish and this looked to have them in with a good shout of claiming the victory. However, experience has taught me not to assume anything and that proved to be the case. Kidsgrove were awarded a penalty and this was converted to reduce the arrears just before half time. During the break, I caught up on Facebook and got some pictures of the ground. The second half started as the first had finished with plenty of action. Further goals from a header, another penalty and a smart rounding of the keeper gave the hosts a 6-4 advantage before the last kick of the game produced yet another goal and an amazing turnaround to make the final score 7-4 to Kidsgrove. After the game I spent about 20 minutes in my car, deciding where my evening game would be. After much deliberation, I settled on Harrowby United v Holbeach United before setting my Sat Nav and getting on my way just after 2PM. Reflecting on the quality of the game I had just seen, the NPL Academy is an excellent idea, with the game far exceeding the entertainment level of other games I had seen at youth level. 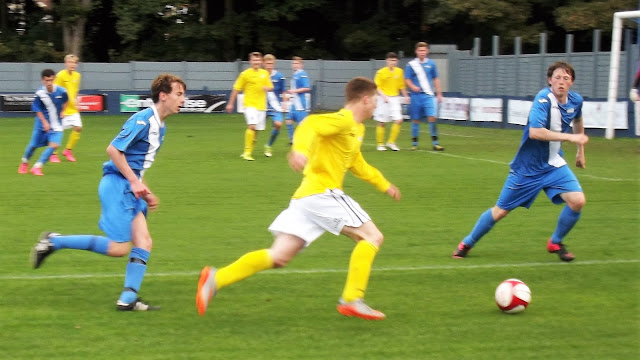 THE GROUND
THE NOVUS STADIUM is a smart ground set in pleasant greenery. All 4 sides have cover of some type and are all seated. Unlike most modern and newly built grounds there are no metal 'arena' type stands here and each stand looks different to it's other counterparts. The ground has an overall capacity of 2000. The tea bar looked excellent and had a good range of food at wallet-friendly prices. The bar wasn't open for this youth game, neither was there any merchandise for sale. I saw a chip shop and some other shops near the ground too but didn't investigate further. 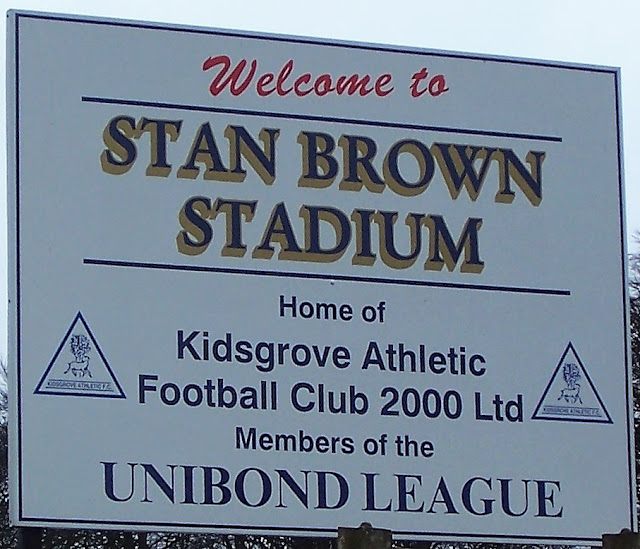 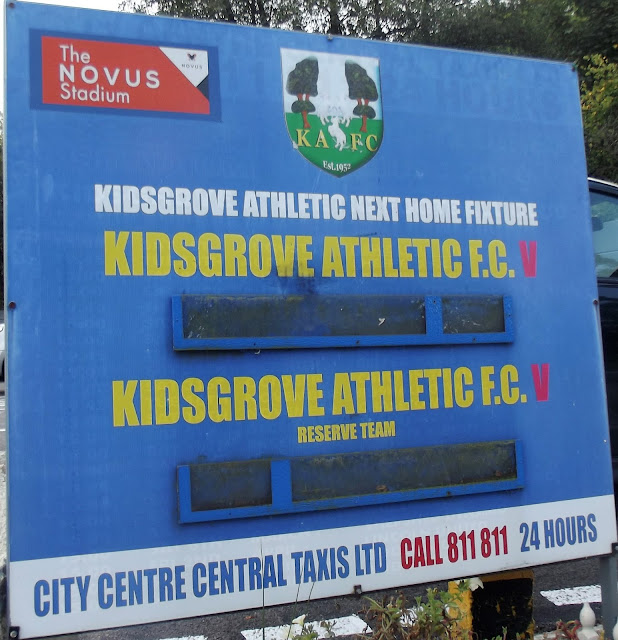 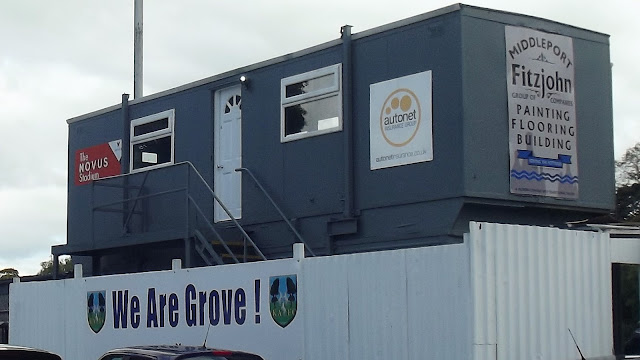 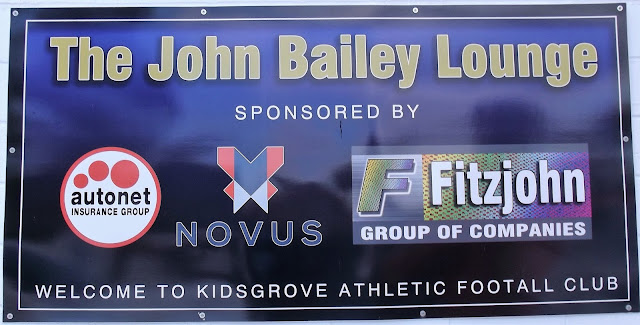 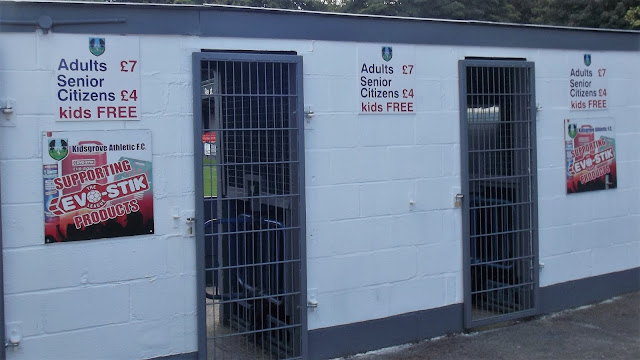 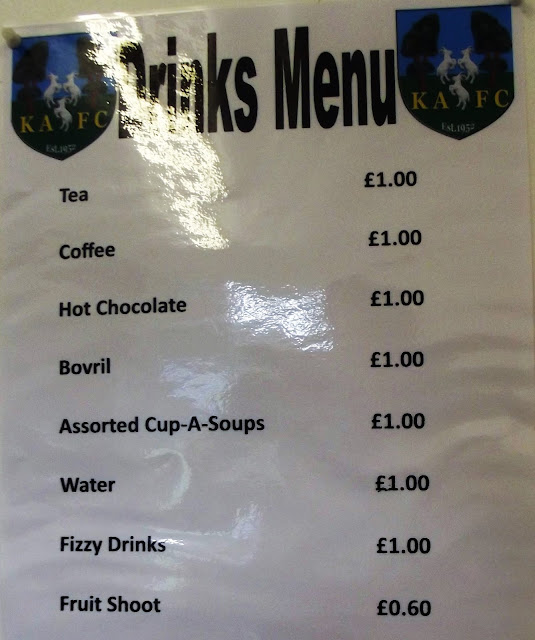 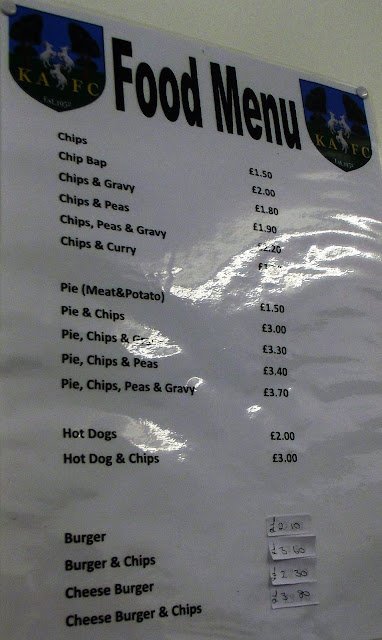 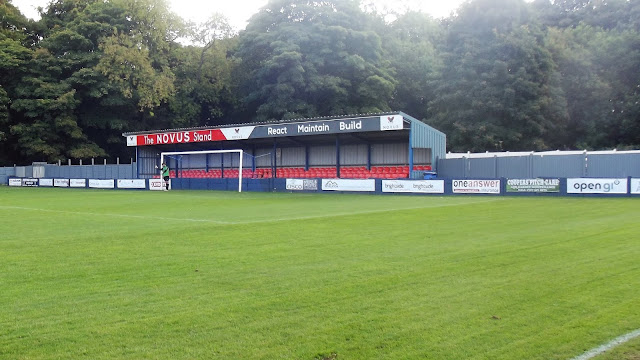 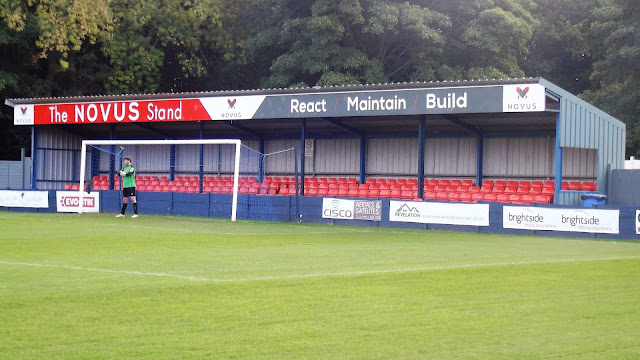 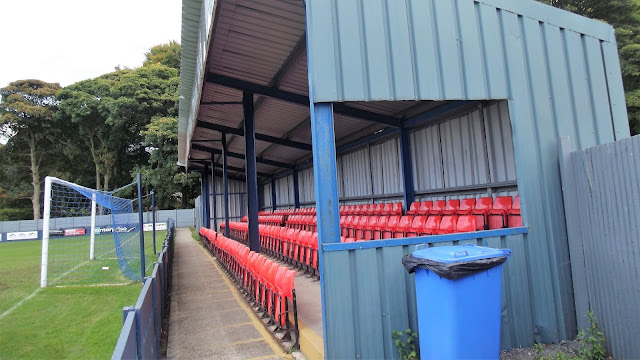 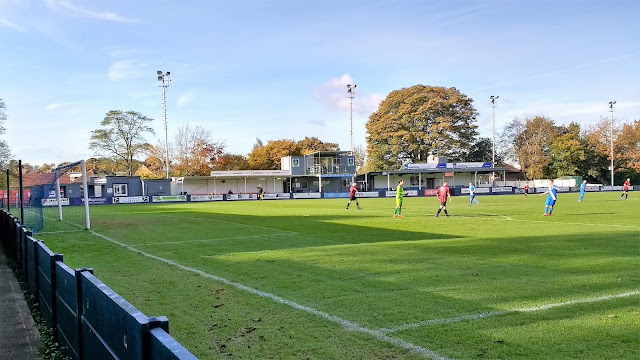 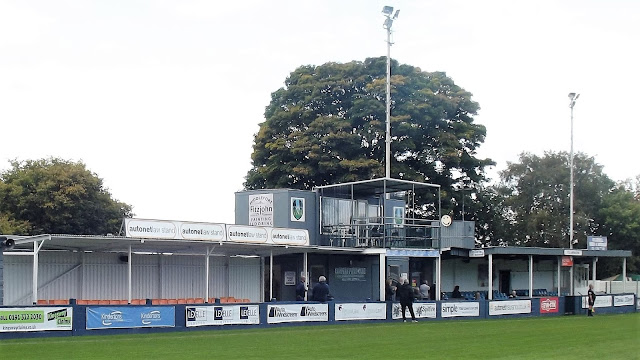 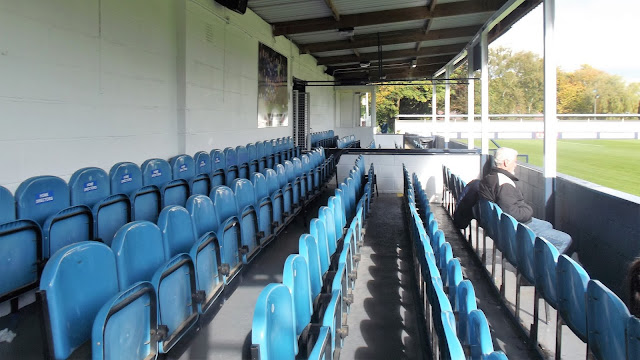 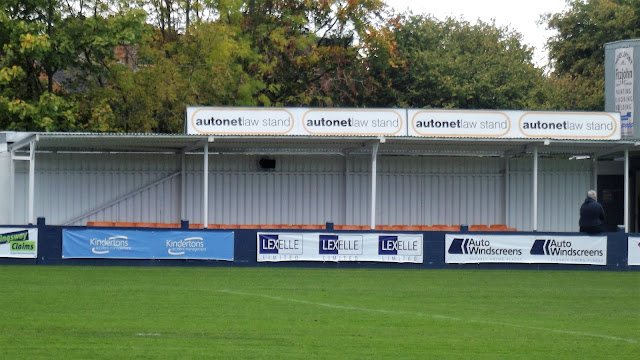 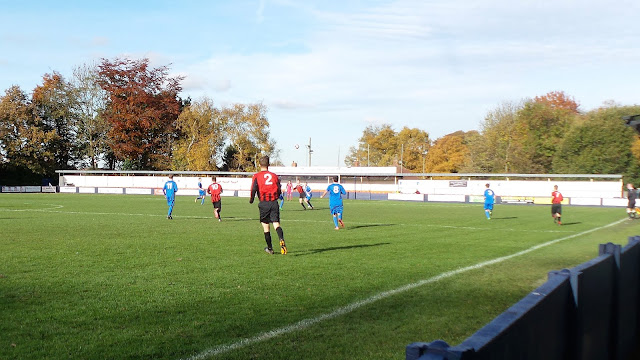 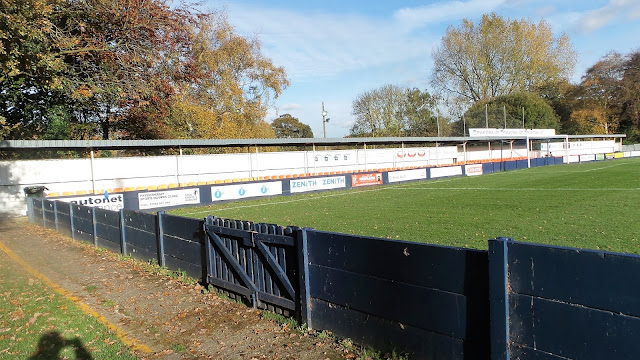 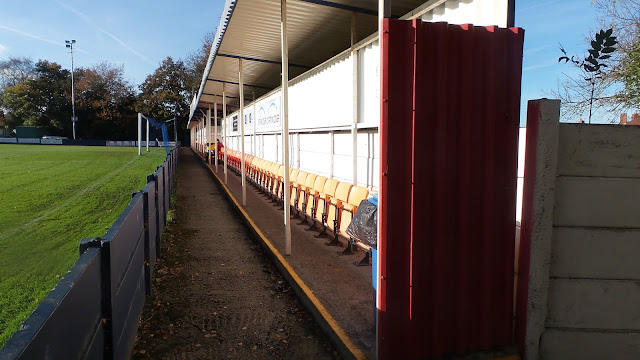 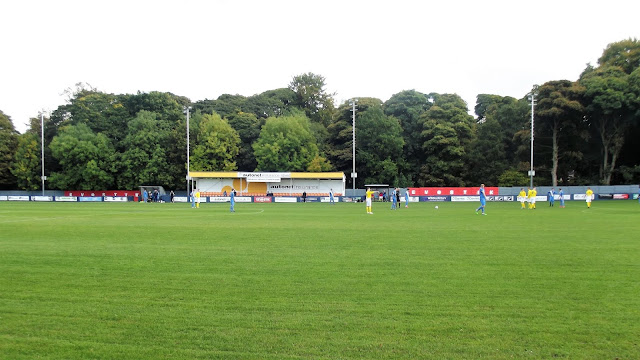 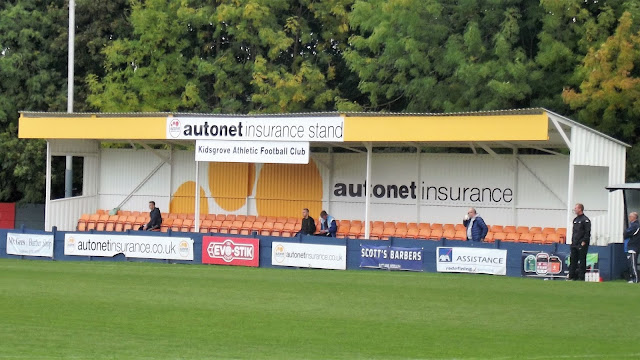 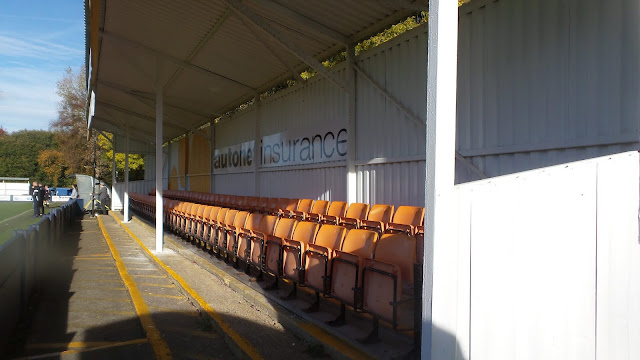 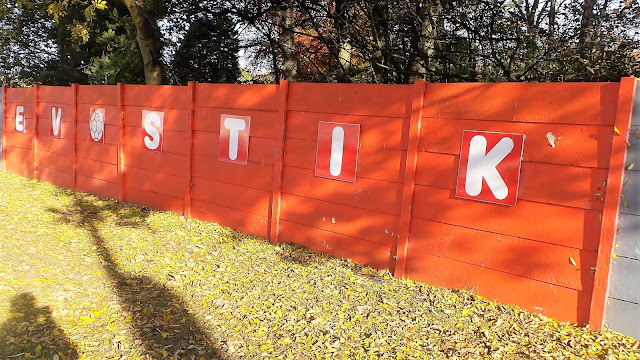