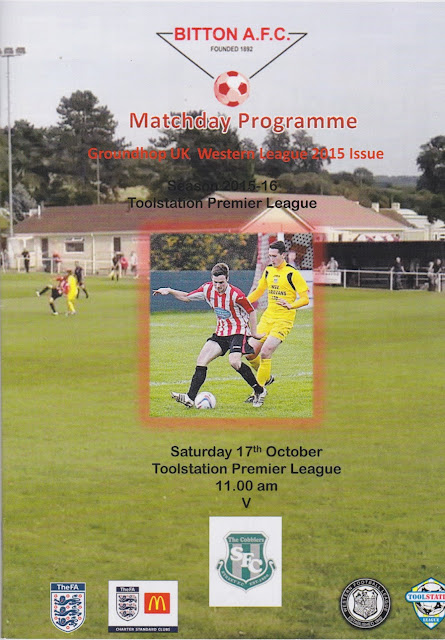 BITTON FC were formed in 1892. After playing in local leagues for much of their history, they joined the Western League in 1997. Initially starting in Division 1, they were promoted to the Premier Division in 2004 after they finished runners up to Hallen. They have remained there ever since with their best finish coming in the 2008/09 season when they were champions, but facilities were deemed insufficient for the Southern League. Remarkable since their promotion to the Premier Division, every single season has seen a top half finish. This trend looked to continue this season, with them being in 9th place prior to the game.

In the FA Cup they reached the 2nd Qualifying Round on 2 occasions in the late 2000's - a decent run for a step 5 side. The FA Vase has also seen success with them reaching the 5th Round in 2006 before losing to Lancashire side Colne, despite a notable victory over Maidstone United in Round 3. A local rivalry existed with Keynsham Town in the 1920's with a pre season friendly ending in a 3-3 draw and violence erupting after some locals had too many glasses of the local scrumpy. These days Longwell Green Sports are the main rivals, which sees decent attendances, but thankfully no trouble. 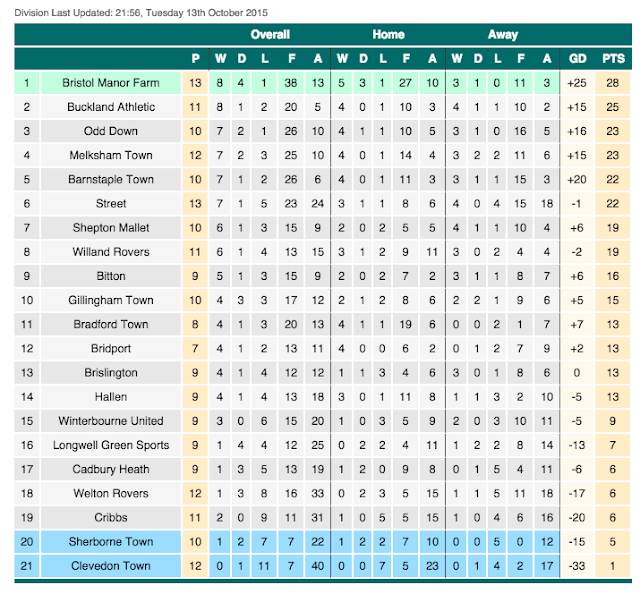 The first match of the second day on the Western League hop would be at Bitton. Possibly an ideal club for Luis Suarez given incidents that have happened over the years. In reality, it was a village of around 3500 residents, of which one is Noel Edmonds the TV presenter. I was looking forward to this one, with it being a fairly interesting ground, though along with most hoppers it will be a case of 'Once Bitton, Twice Shy' so I was determined to make the most of my one and only visit to the ground. I had set my alarm for 7.15 am on the morning of the game to make sure I didn't set off late. In the end, I had 15 minutes extra in bed before getting up, having a bath and eating breakfast. I left just after 8.30 and it was an easy trip down the M4, with me getting to Bitton at 10.20. After parking up I went to an excellent programme stall just outside the ground. I bought myself 8 non-league v league FA Cup programmes for the great price of £2. I then went in, taking pictures of the ground and catching up on social media while I waited for kick-off. The pitch had a noticeable slope from one end to another, a novelty which I like, probably as I missed out on seeing Wycombe at Loakes Park (which had a famous slope) by just over a year. Despite Bitton having the apparent advantage by shooting downhill first half, it was the visitors that were the better side. 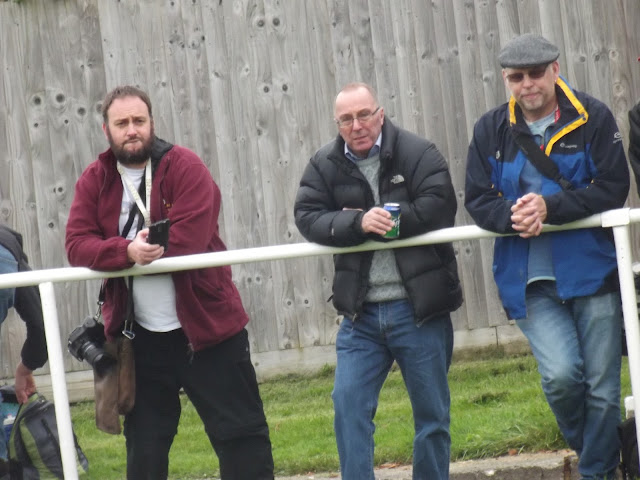 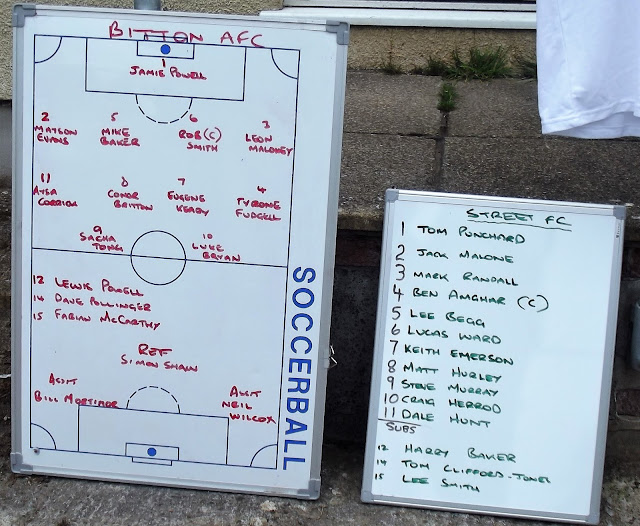 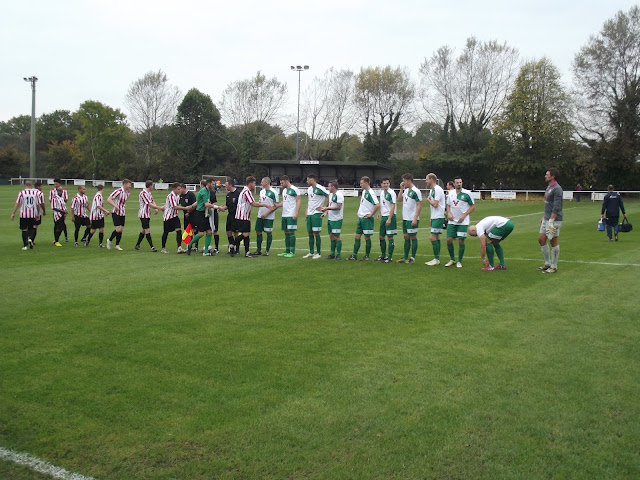 After a period of dominance Street opened the scoring on 9 minutes through Steve Murray's header, this goal coming after a scramble that saw 2 shots cleared off the line. The hosts started to have chances of their own and they drew level on 15 minutes with their first clear cut chance of the game, with the Street keeper unable to keep out the low shot. 5 minutes later Street retook the lead, a great lob giving Murray his second goal. Dale Hunt made it 3-1 on 21 minutes as he tapped in a low cross. Bitton had an immediate opportunity to reduce the arrears but the shot was screwed wide with the visiting keeper out of position. They started to have more chances but it was Street who held and deserved the lead at half time in front of 217 fans. The hosts reduced the arrears straight after half time with a neat finish from inside the area. They continued to have by far the better of the second half, coming close to equalising on more than one occasion. The leveller was inevitable and it came on 70 minutes with a close-range finish by Sacha Tong. It had been a stereotypical game of 2 halves with Bitton well out of it in the first but now dominating the second and looking the most likely to score. A dog seemed to be transfixed by the action, watching every kick. In the end, there were no further goals, and 3-3 on the balance of play was a fair result. 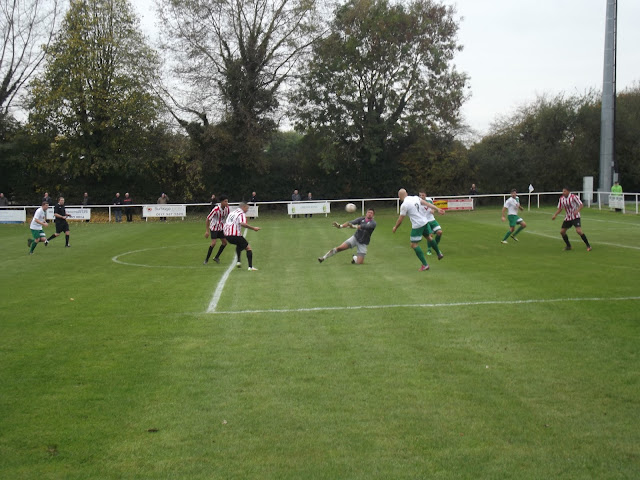 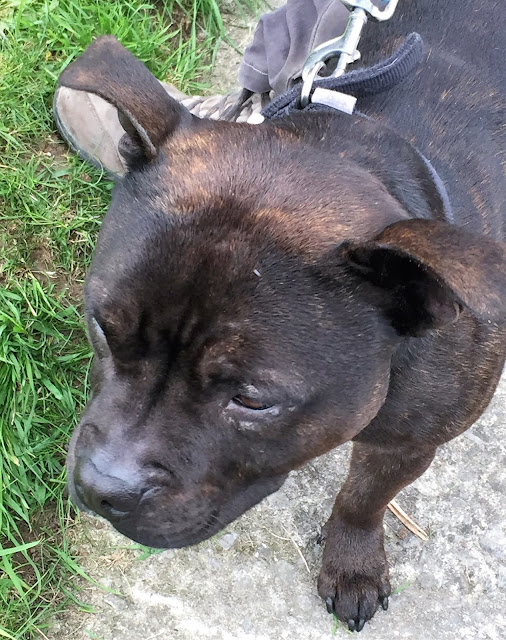 THE RECREATION GROUND is one that I visited around 2007, whilst on the way to another Wycombe game in the Westcountry.  The stand holds around 50, with the cover on the opposite side catering for around another 150 under cover. The rest of the ground is open and has a capacity set at 1000.

The bar at the ground is smart and modern and for cider drinkers, there is a choice of Blackthorn or Thatchers Gold. As for food, there's a decent selection of things like bacon rolls and burgers while merchandise is limited to polo shirts and pin badges. The ground is set amongst nice scenery and is a pleasant place to watch football. 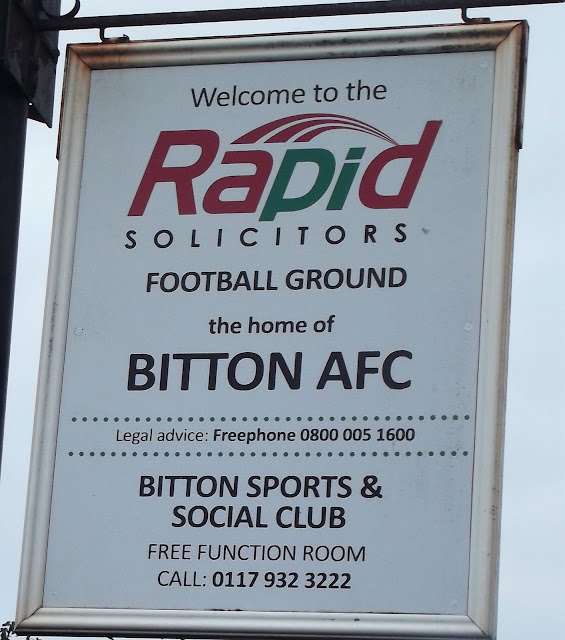 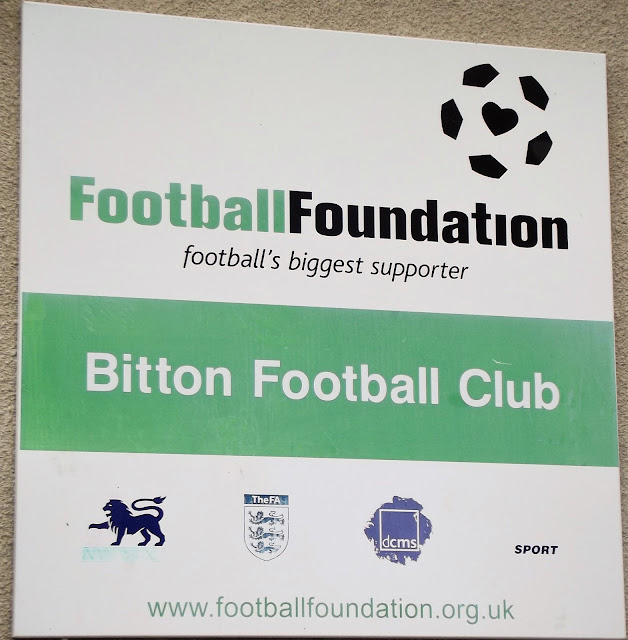 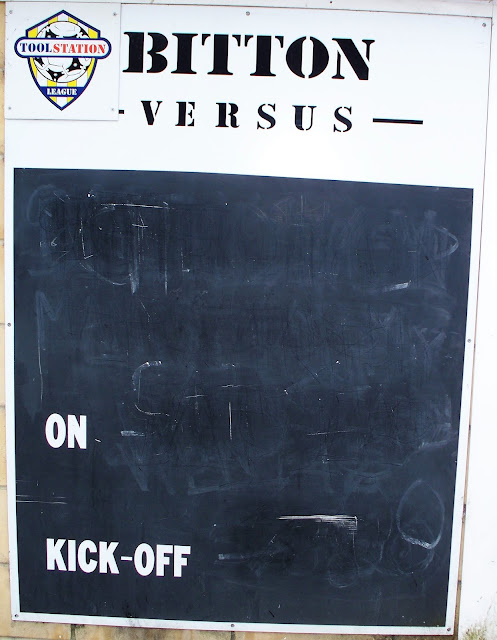 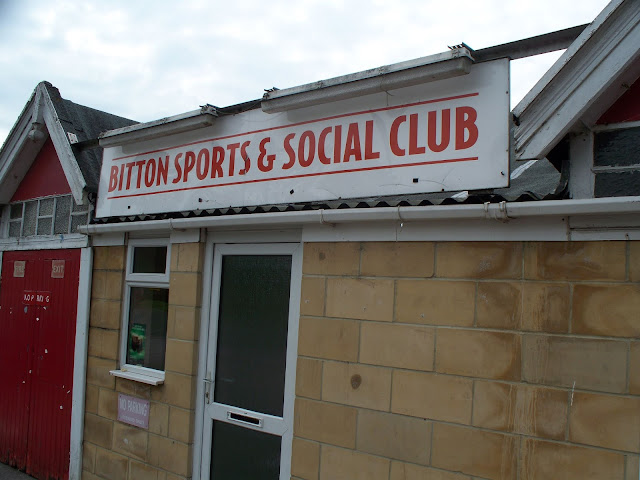 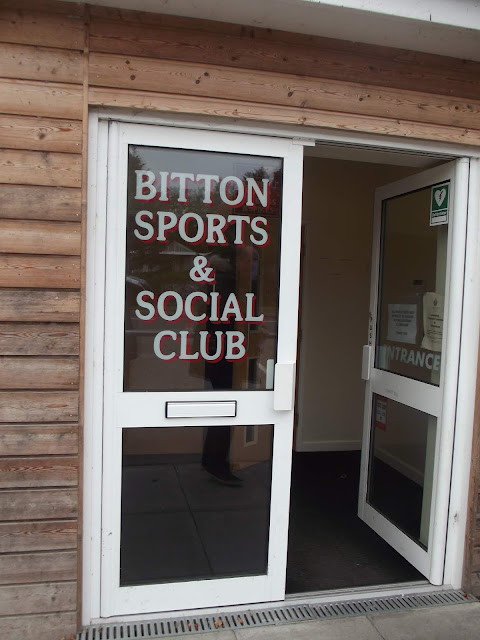 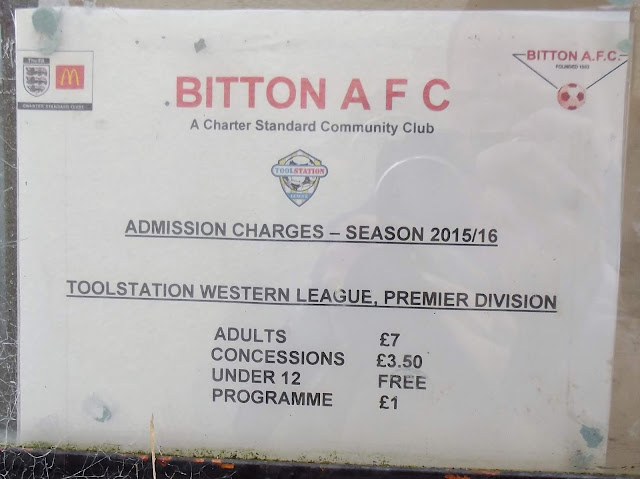 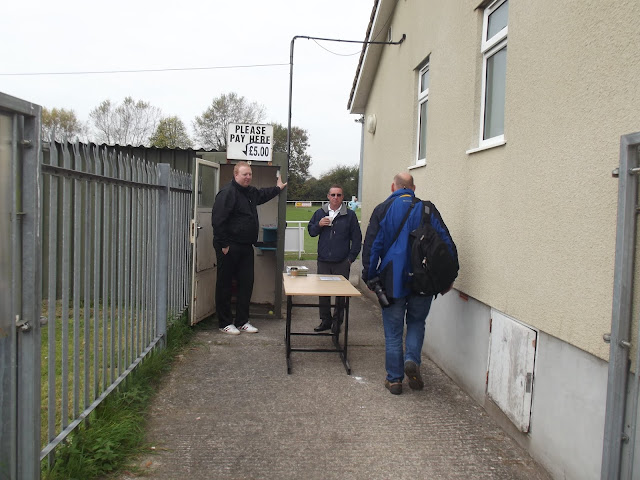 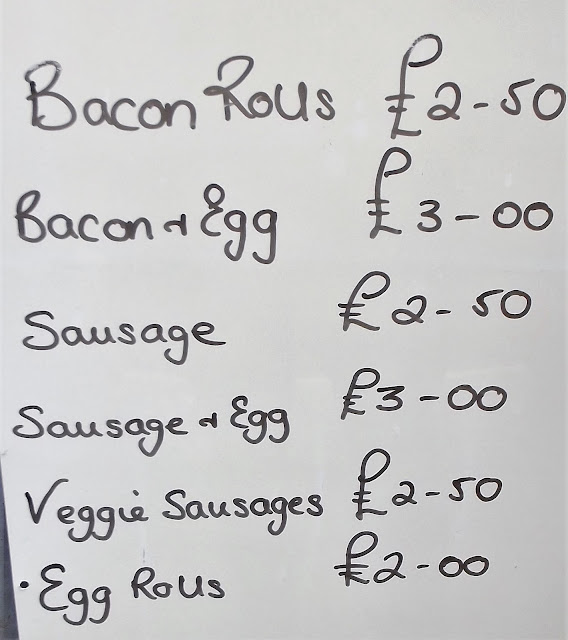 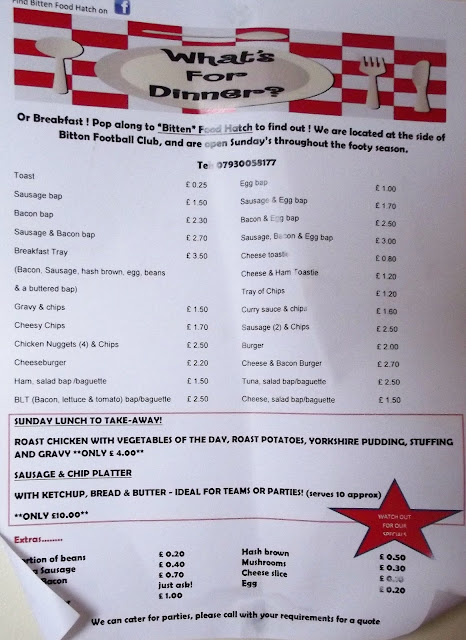 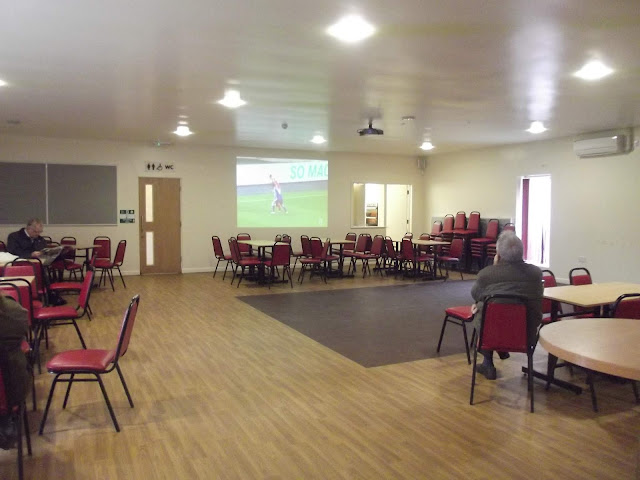 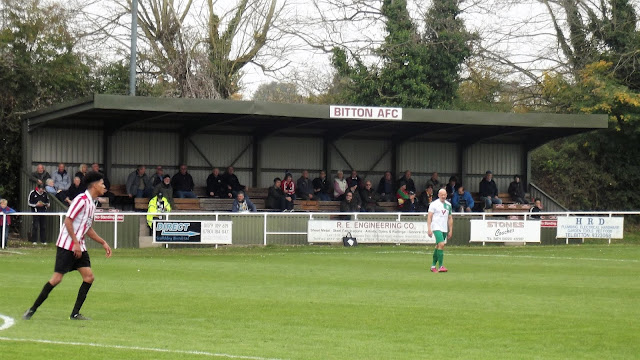 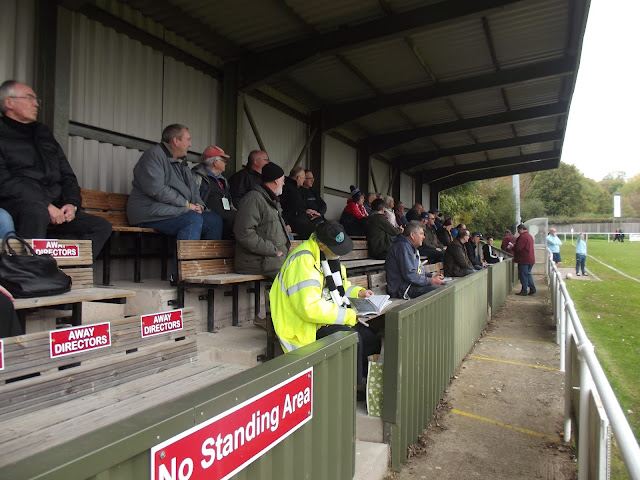 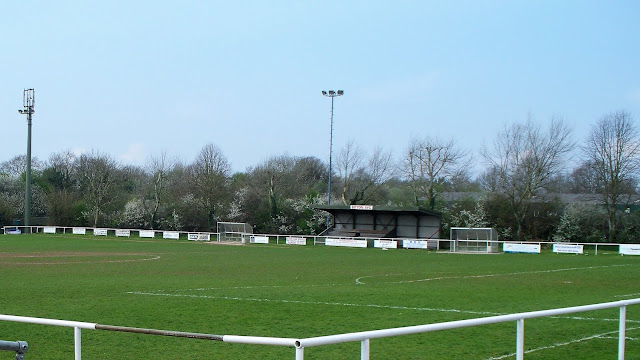 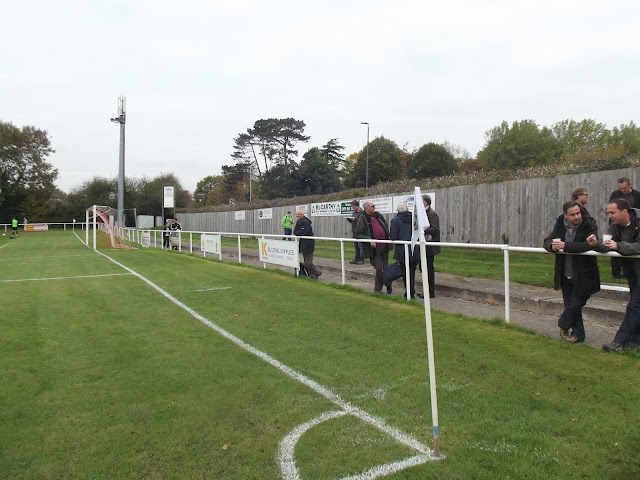 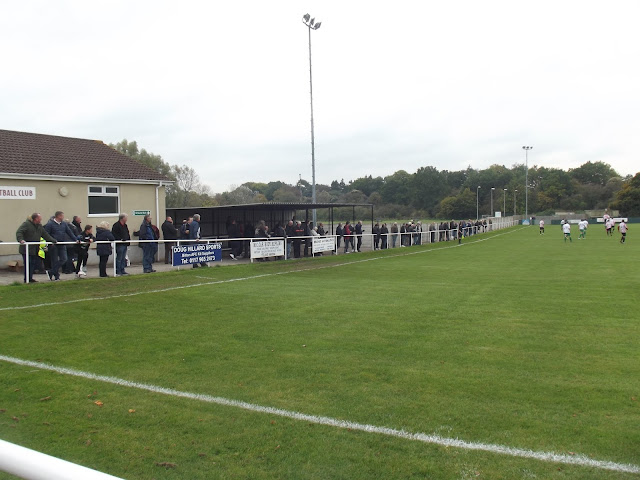 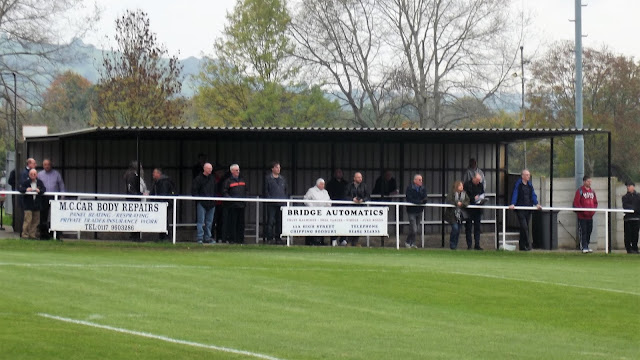 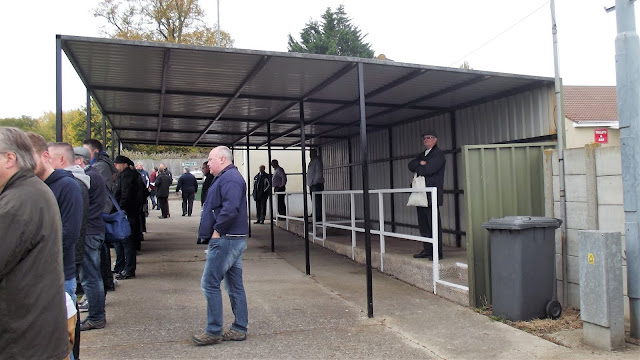 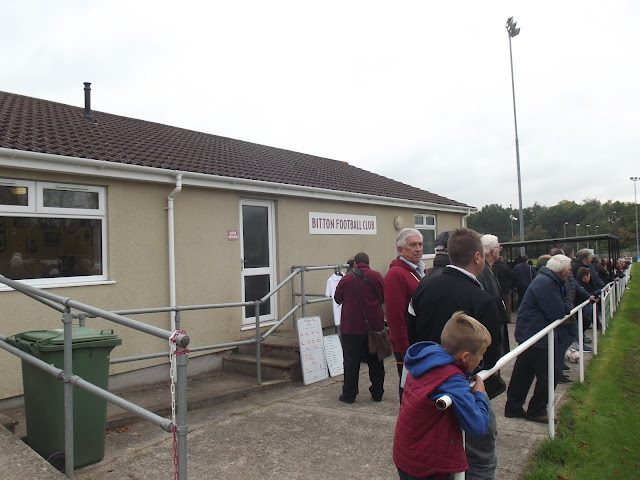 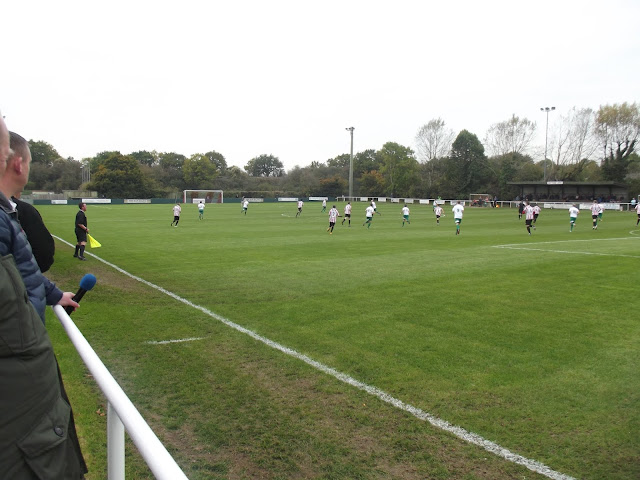 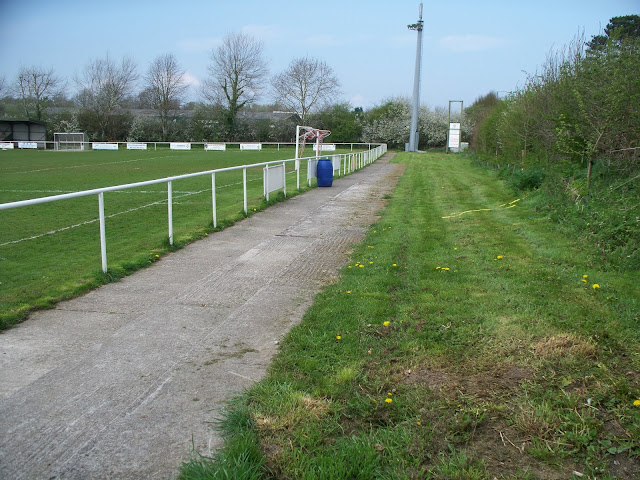 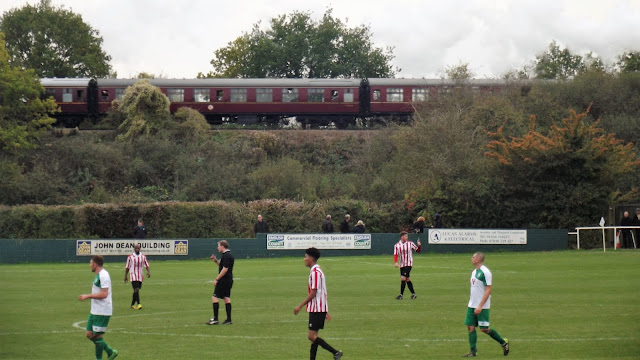